This figure (at the bottom of the post) was in today’s New York Times‘ “The Upshot” section, and rates 20 events of the Trump presidency on two axes: “normal —> abnormal” and “not important” —> “important.” The rankings were determined by polling “experts across the ideological spectrum”, with “experts” being either in government or having studied government. Click on the graph to enlarge it

Note that 14 of the 20, or 70%, fall within the “abnormal and important” quadrant (one, alienating Australia is “abnormal” but borderline in importance), only four “normal and important”, and only one each in “normal and not important” (firing Sally Yates; I suppose “normal” means “that’s what a President would do when someone doesn’t follow his orders), and “abnormal and not important” (Kellyanne Conway’s touting of Ivanka Trump’s brand). Of course the Times doesn’t have to actually define these categories, which makes them a bit dubious: all it did was just ask experts, each of which may have their own definition. Some, for example, would call Conway’s promotion “important”.

Here’s one example of each category; the gray dots are presumably the spread of answers among the experts, with the average being represented in the bottom overall figure. 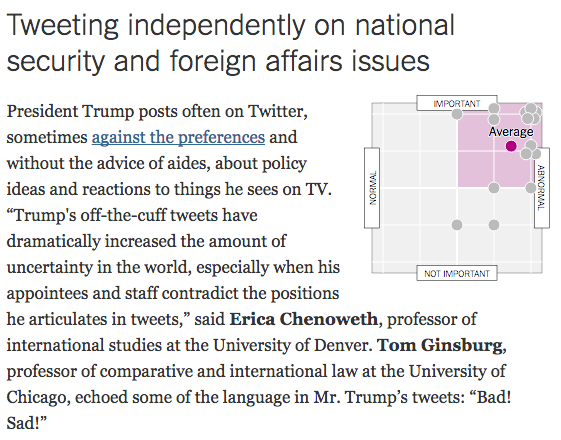 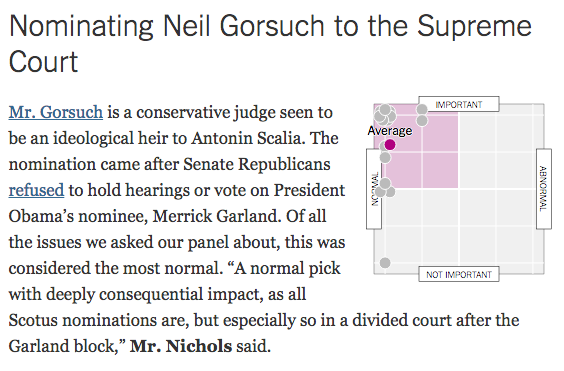 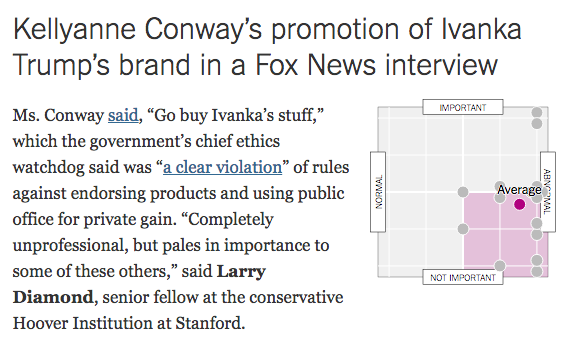 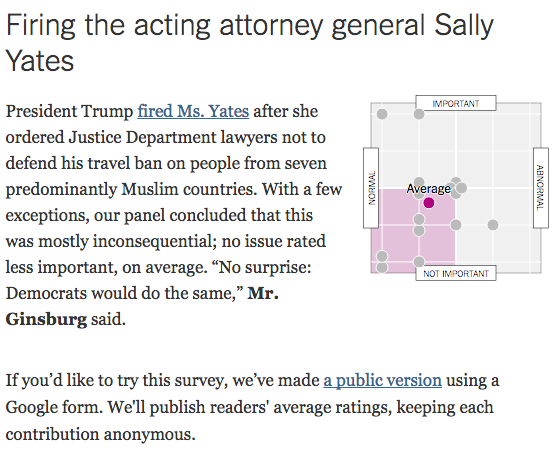 I’ll add this one because it had the biggest spread among the experts, with many seeing it relatively unimportant and 7 either normal or borderline normal. 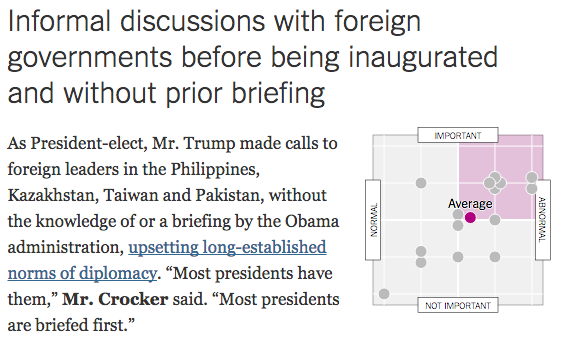 You can read about each event at the link at the top. 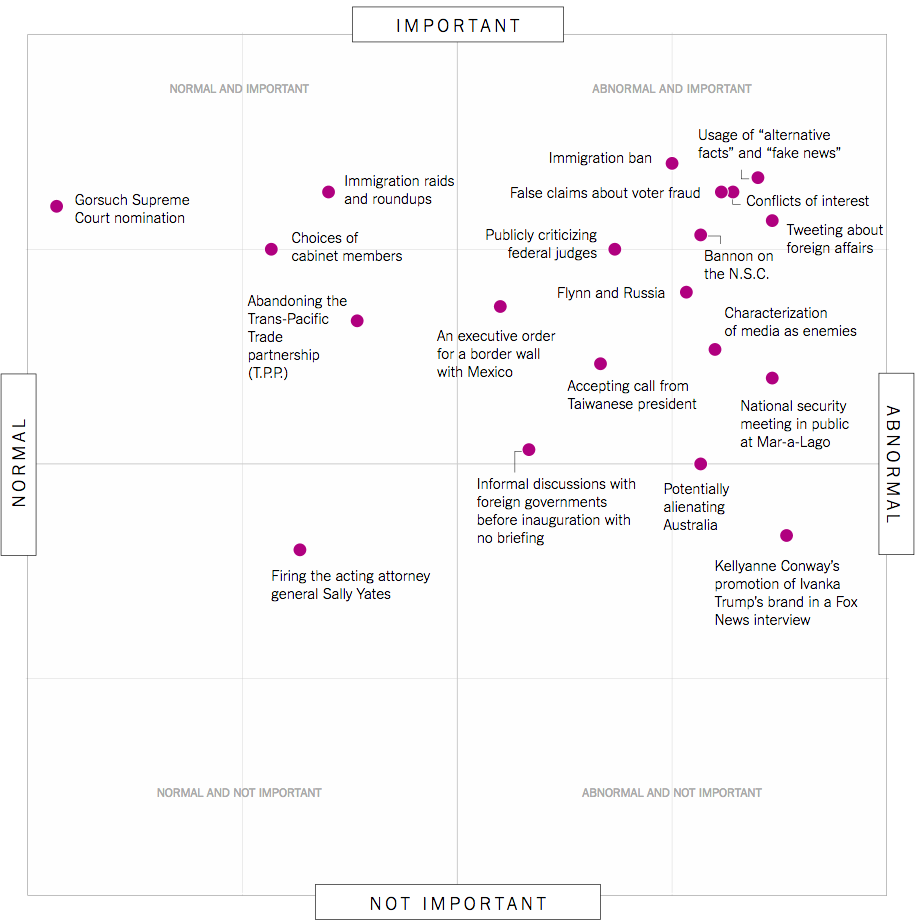 25 thoughts on “NYT rates 20 events of the Trump presidency on two axes: 70% are both important and abnormal”