The Iriomote cat (Prionailurus benegalensis iriomotensis) is a critically endangered subspecies (sometimes ranked as a full species) of the Leopard cat, a species of small cat distributed widely across Asia from Afghanistan to eastern Siberia and south to the Philippines and Greater Sundas. The Iriomote cat is a dark form, made known to science only in the 1960s, and endemic to the small (112 square miles) island of Iriomote in the Ryukyu Islands of southern Japan. It is not known from the larger islands in the Ryukyus. 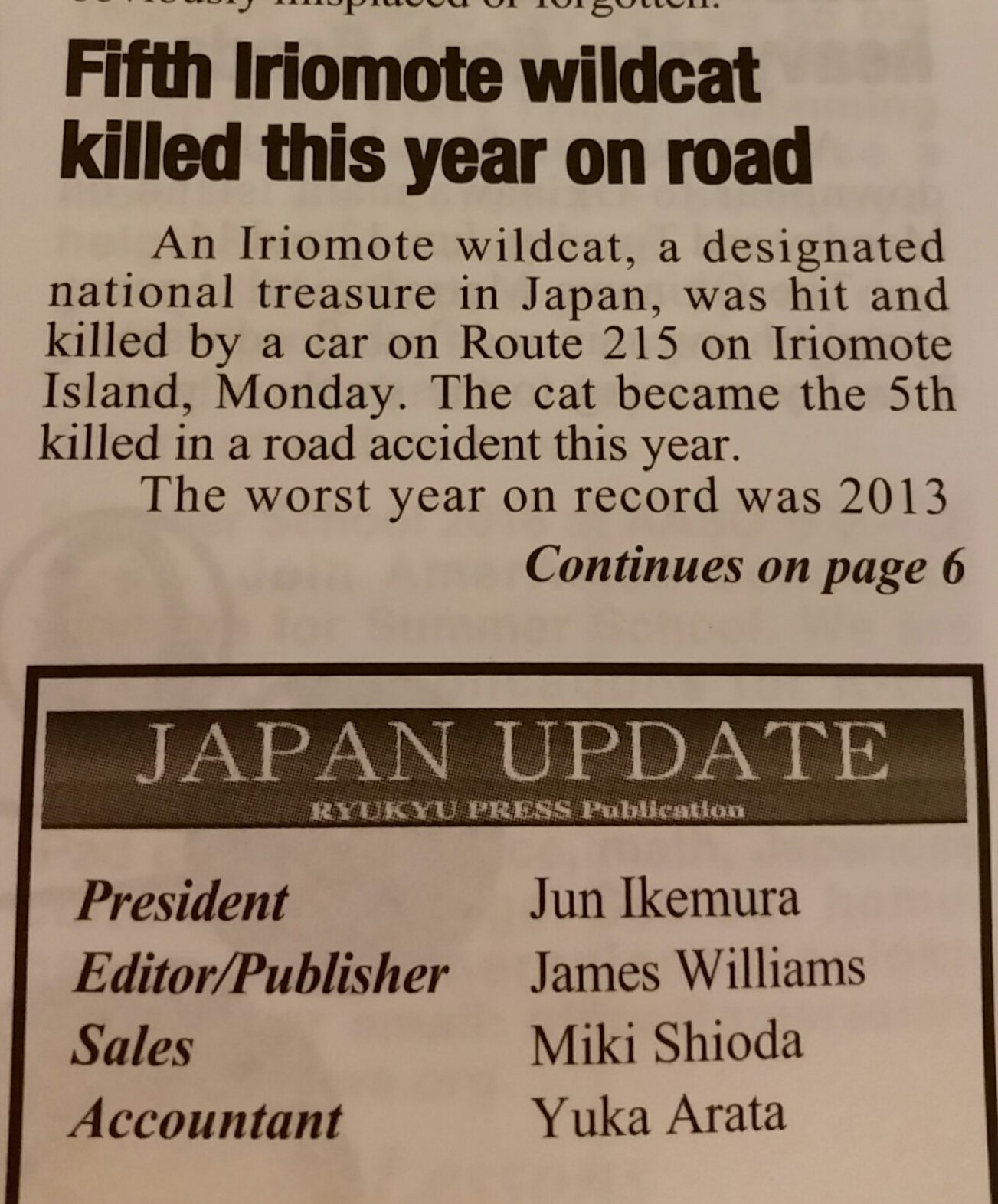 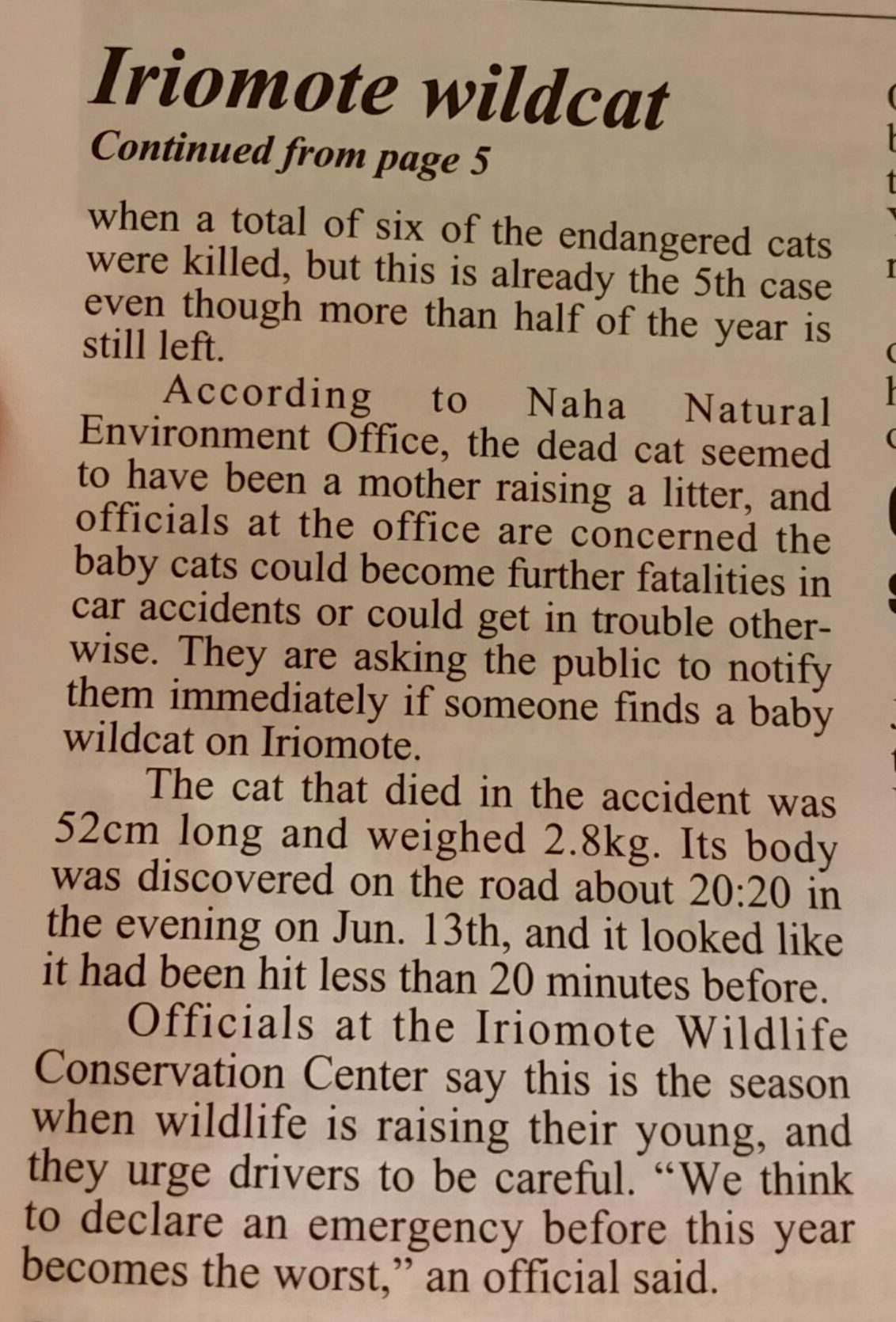 The media attention, extending even to the English language press, shows an admirable public awareness of the cat’s conservation needs.

The Leopard cat and its various subspecies present an interesting biogeographic puzzle, because in addition to occurring on the land bridge islands of the Sunda Shelf (e.g. Borneo), which were connected by dry land to the mainland of Asia during times of glacial sea-level lowering, some also occur on islands that rise from deep water off the continental shelves, such as Iriomote (separated by depths of over 500 m), and some of the Philippines. Except for rats and bats, mammals are generally not very good at over water dispersal (an issue we’ve mentioned here at WEIT before), so the question is, how did they get there? There are at least three possibilities. First, they may have been able to disperse across water by what Darwin called “occasional means of transport”: rafts of floating vegetation (most likely for these cats), ice bridges (not in this case, but suspected for some arctic/antarctic forms), powered swimming (known in elephants), or just floating in the currents (known to occur in tortoises). Second, more substantial geological/geographic changes than glacial sea level drop may have provided a dry shod path to the island in the past; such changes can also narrow water barriers, increasing the chance of successful water crossing. Third, they may have been carried to the islands by man– most or all of the varied West Indian raccoons have turned out to be early introductions. There are various ways of examining these possibilities (fossil/archeological record, paleogeographic reconstructions, genetic divergences among populations, etc.), but I don’t know that the question of dispersal of leopard cats has been directly addressed.

14 thoughts on “The Iriomote Cat”