I’ve already settled into the pleasant routine chez Malgorzata and Andrzej: work (in my case on talks) punctuated by walks, cat petting, and delicious meals. Here are some photos from yesterday.

Lunch: two kinds of Polish sausages, ham, fresh tomatoes, cucumbers, and peppers, two kinds of cheese, and bread. I brought the “Reserved for Jerry Coyne” sign (made for me by reader Su Gould to sit on a post-talk dinner table in South Carolina) as a joke. 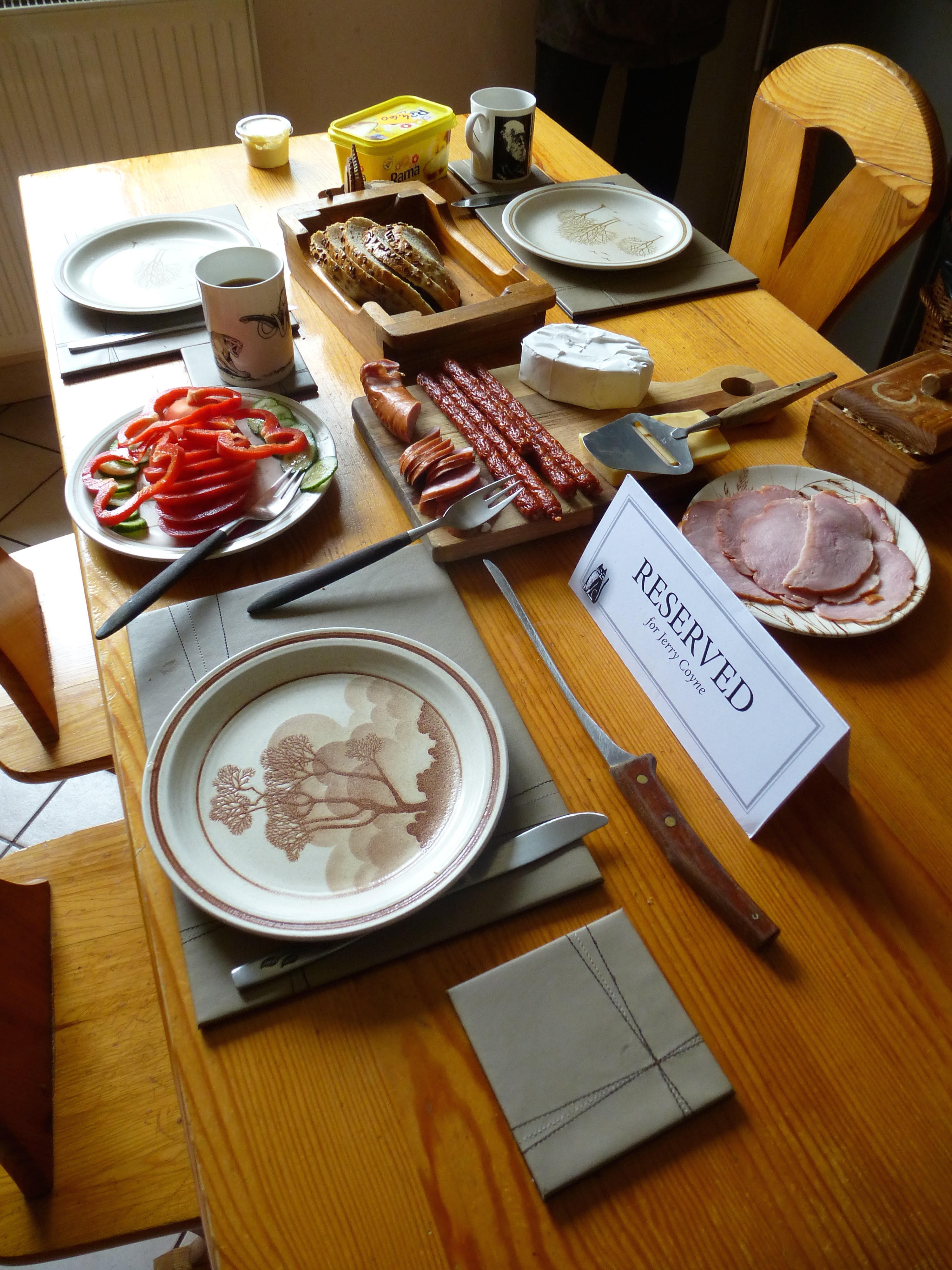 Post lunch walkies: Andrzej and Malgorzata in front of their house, with the second crop of large roses in bloom (I’m told the first was much more copious). Malgorzata is wearing a University of Chicago tee shirt I brought: 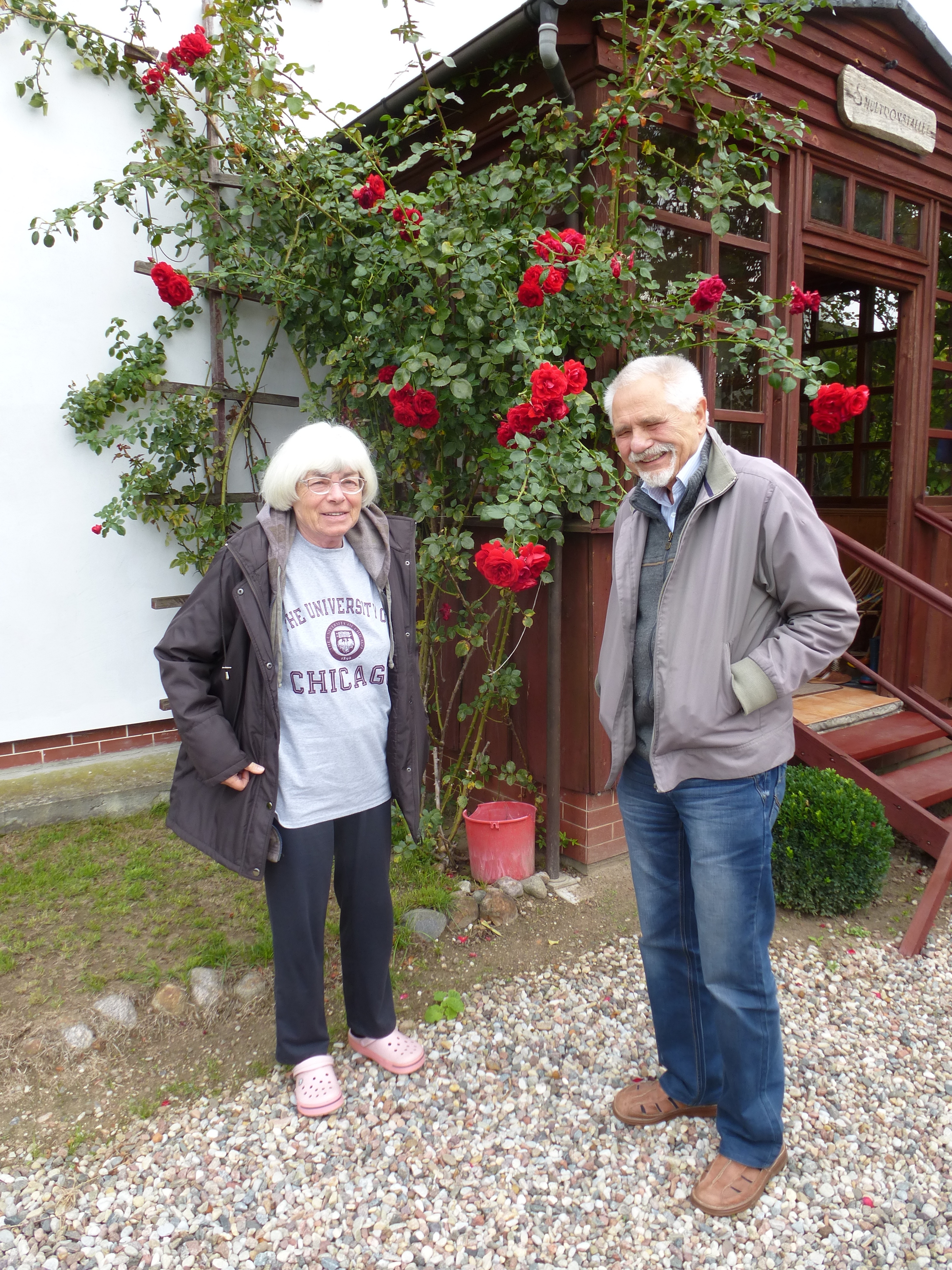 All the beasts go for a walk to the river: 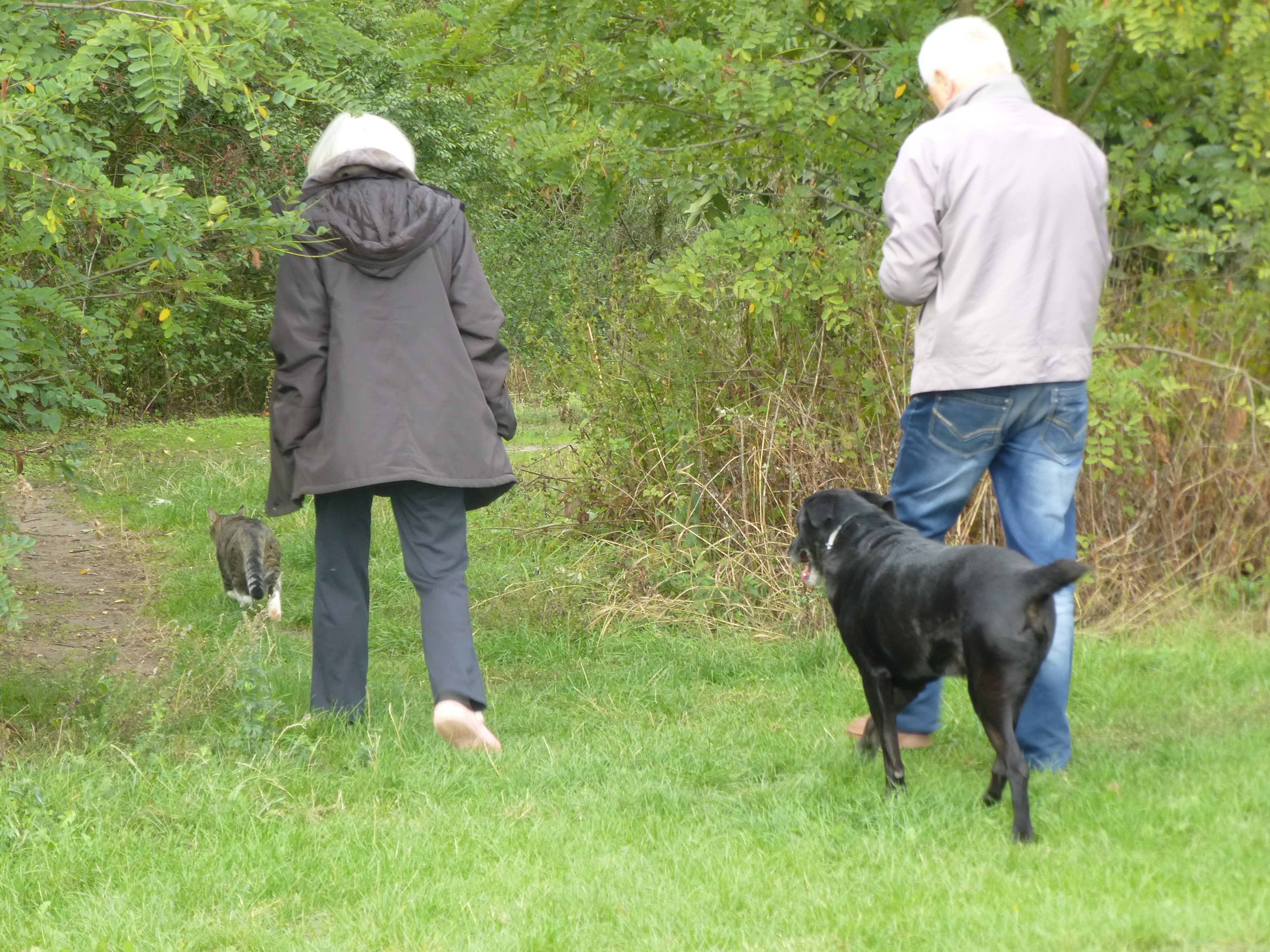 Can you spot the cat?. It’s not hard given Hili’s white bib and paws: 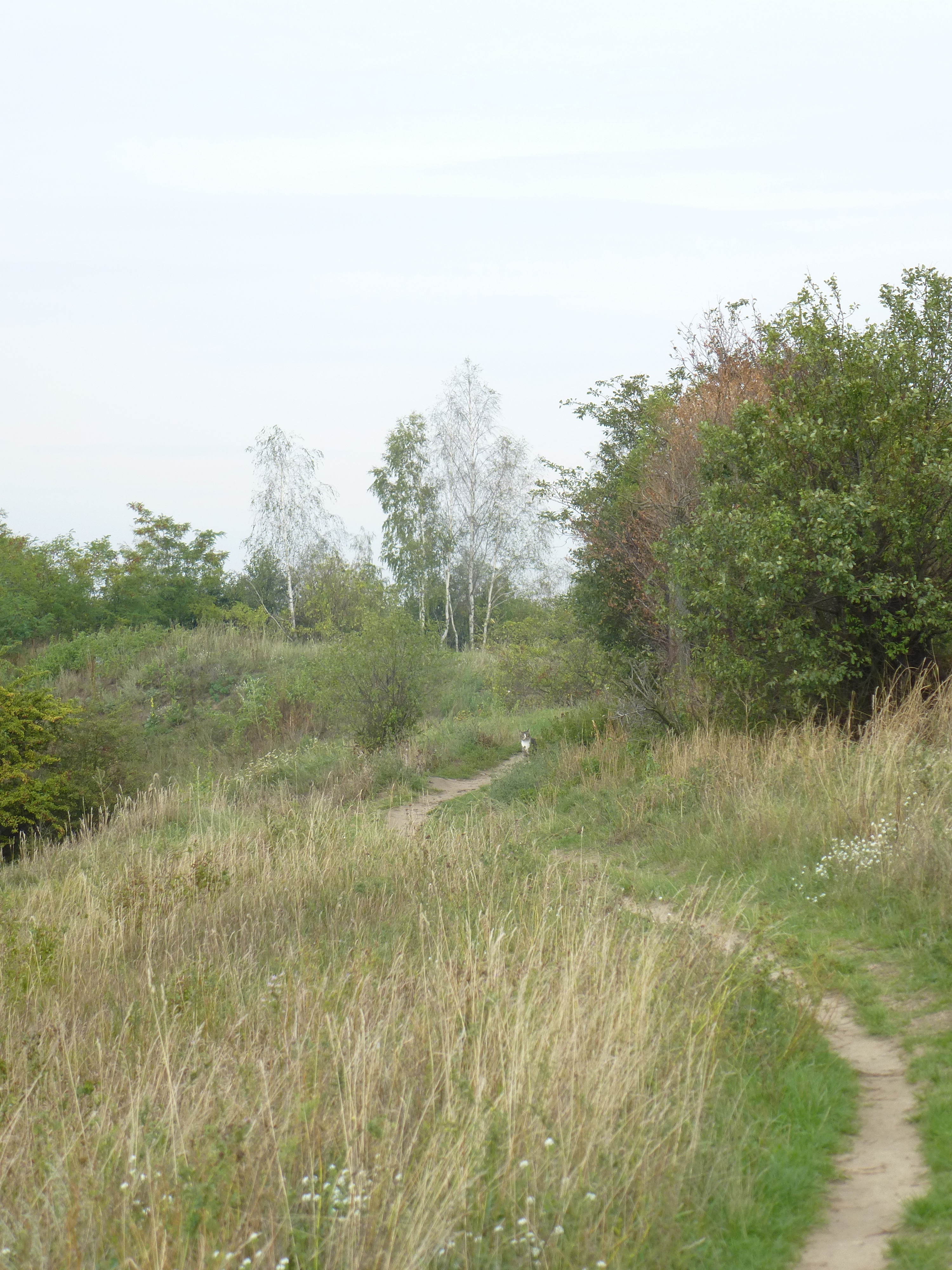 More work after walk, and then dinner: a delicious chicken dish cooked in coconut milk with peanut butter and orange juice, served over rice and accompanied by a salad, all washed down with Zubr beer. There was also cherry pie after dinner, but I’ve already shown that. Malgorzata promises me that I’ll have cherry pie every day, which is fine with me, for how often do you get as much cherry pie as you want? 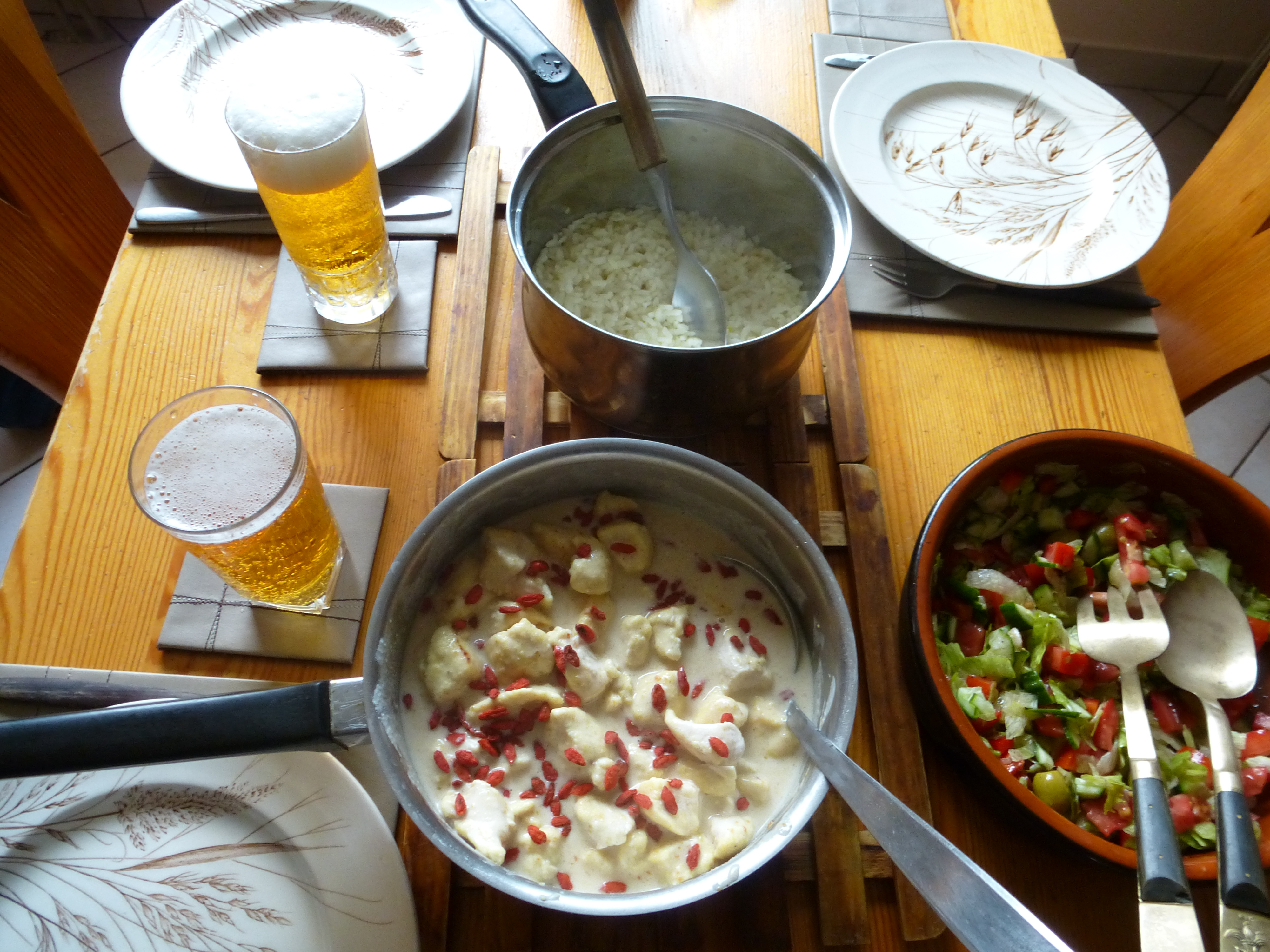 For a few hours I got some quality time with the Princess, who was sleeping on the couch behind my back. It’s only when Cyrus can’t see her that he doesn’t come over, stick his nose in, and tempt her to go sleep with him. I think he’s trying to protect her from a stranger (me): 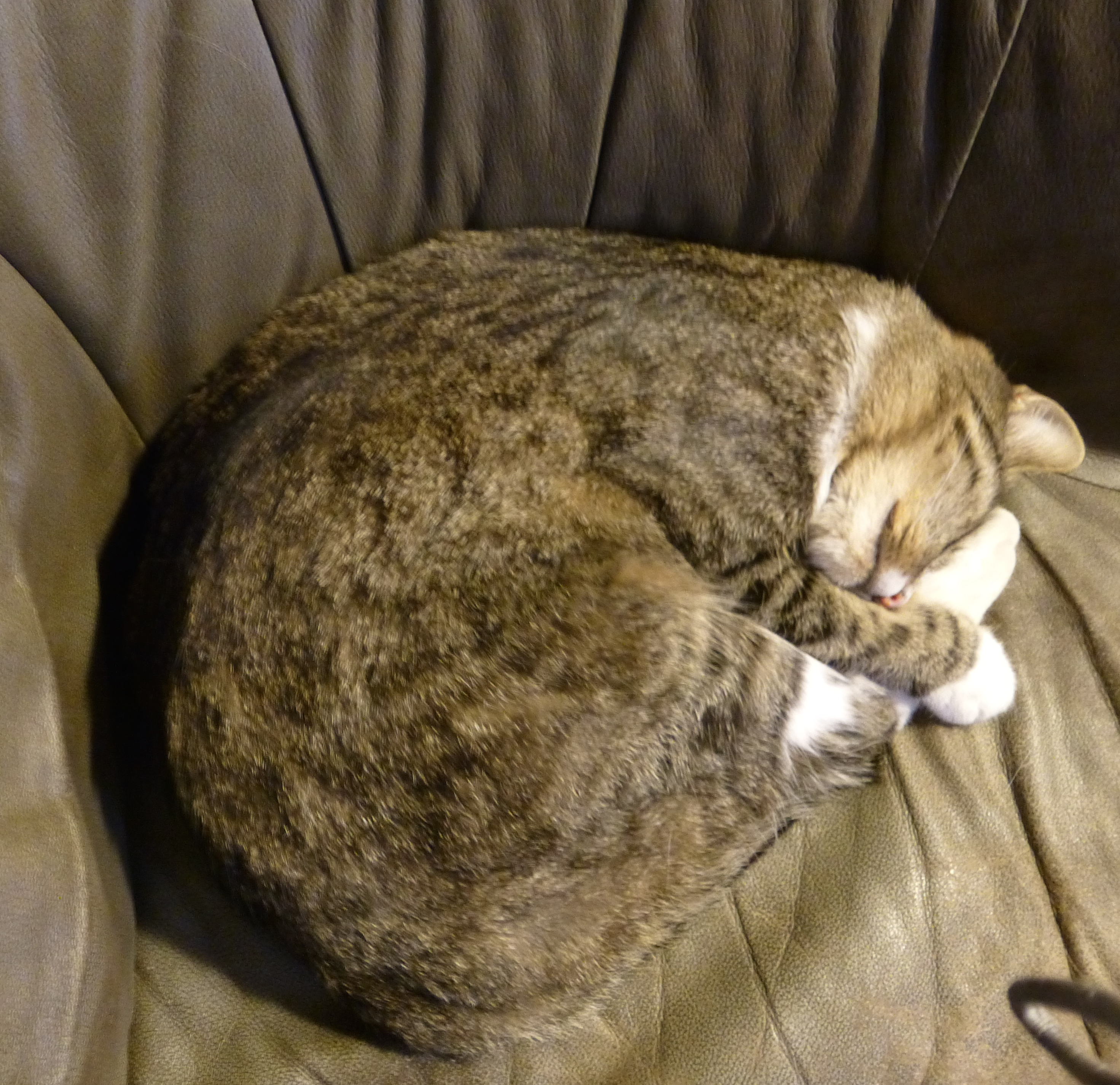 But more often, Hili is sleeping with Cyrus, which makes me very jealous. Here is her usual situation, having a big yawn next to the Giant Hot Water Bottle: 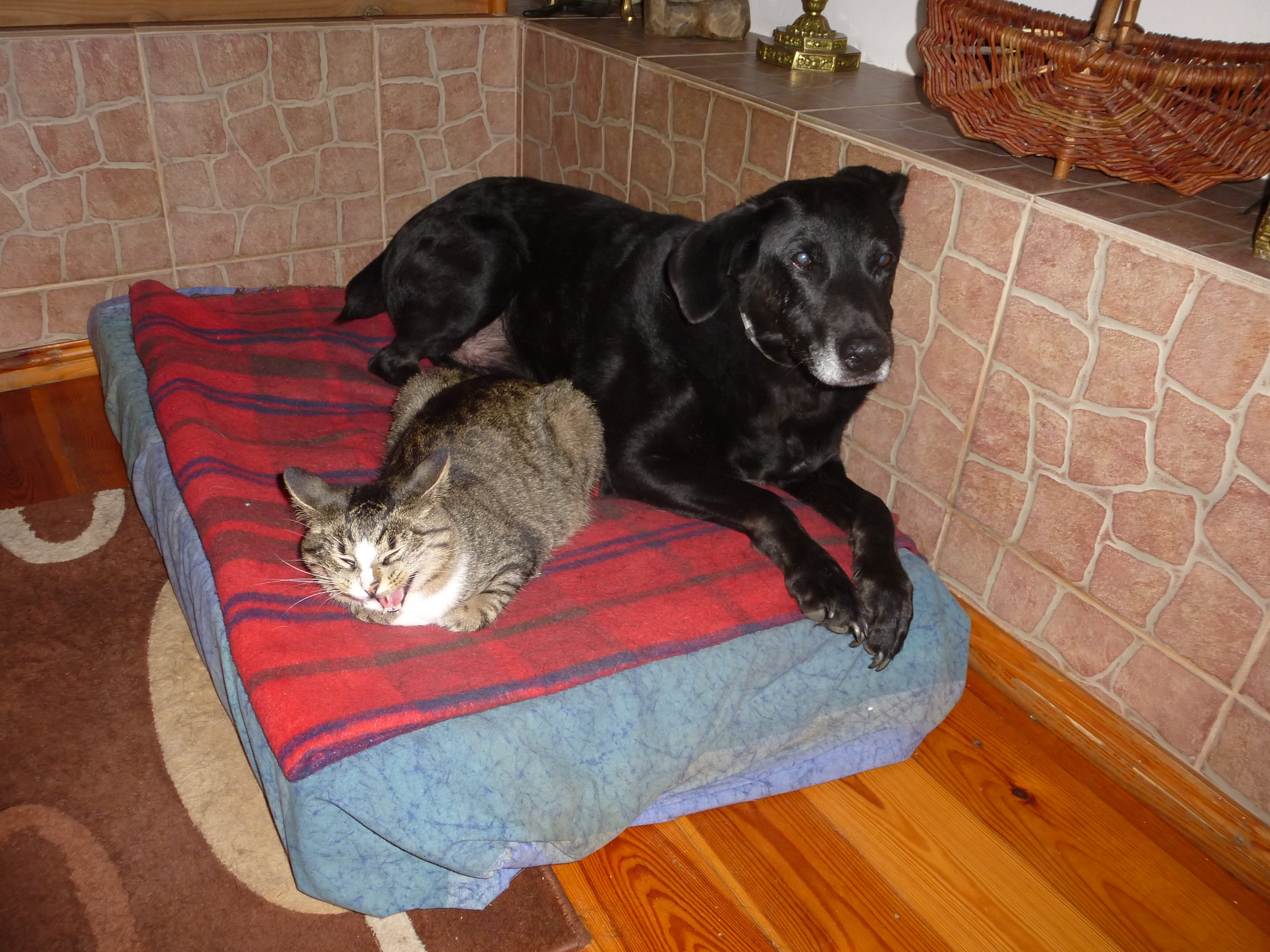 32 thoughts on “Wednesday in Dobrzyn”