Every day the language policing gets more and more ludicrous, but this example, from the School of Social Work of the University of Southern California, takes the cake.  I can no longer say that “my field is evolutionary biology” because that is racist language. The connection, as outlined in the official letter below from the USC group, is that enslaved people went “into the field” in the antebellum South. That makes the word “field” off limits. But farmers were going into the field long before that!

Now the recommended verbiage is “my practicum is evolutionary biology.” At that point people will say “Whaaaat???” And, as several readers note below, the words “field work” for biologists are also unacceptable; I suppose the alternative is “ecological labor in the great outdoors”.

I don’t think people will buy this change. Note that USC’s stated goal is not just to change language but to “acknowledge inclusion and reject white supremacy, anti-immigrant, and anti-blacknesss ideologies.” I don’t think that this aim will come to mind when someone says “practicum.”

The thing that strikes me is that someone had to see the world “field” as racist, and then take action to expunge it from USC’s language. You have to be sniffing around very hard for offense to do something like that. And I suspect that their goal, in fact, isn’t any of the ones they state, but simply to assert power.  How bizarre that these initiatives actually work in today’s America!

If you think this is fake, it’s not: it’s been reported by quite a few venues. They’re mostly right-wing sites, of course, because the mainstream media would never highlight something like this, as it makes the progressive Left, as well as academia, look too crazy. It’s stuff like this that Republicans use to tar not just the “woke”, but all Democrats and left-centrists. 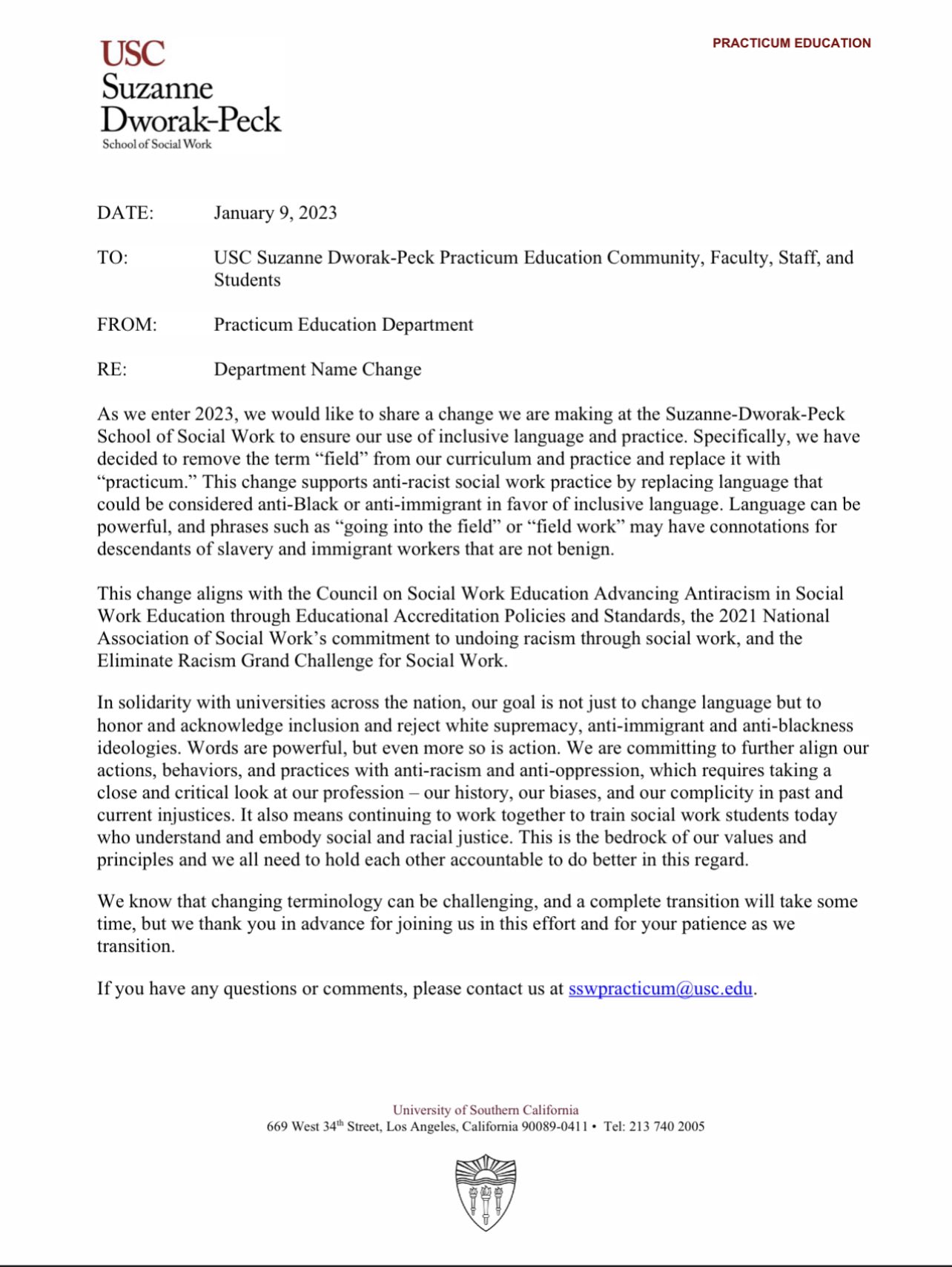 There are good cases to be made for changing some language, but this isn’t one of them.

103 thoughts on “USC progressives: you can’t say “field” any longer”