I believe Mr. Zappa was saying that the sound of a giraffe full of whipped cream being squeezed was the note he was looking for.

Readers are welcome to mark notable events, births, or deaths on this by consulting the January 5 Wikipedia page.

After three defeats on Tuesday, Mr. McCarthy and his allies were grasping to win over defectors, but his efforts were falling flat, even after former President Donald J. Trump made a direct appeal for Republican lawmakers to vote for Mr. McCarthy, saying he “will do a good job, and maybe even a GREAT JOB.”

Either the hard-right Republicans are going to keep holding out, which is against the interests of their party, or they’re going to have to realize that in the end they’ll look really stupid if they keep delaying things. Of course holdouts like Boebert already look stupid for having  rock-filled craniums, but no other Republican save McCarthy is a viable Speaker.

We’re about to find out whether the Republican Party can find someone — anyone — who can get the requisite votes, in a much more tenuous situation. It now has a mere 10-seat majority, and if all members vote, the speaker can shed only four from their party and still squeak by.

. . . All of the readily apparent alternatives have drawbacks that could forfeit five or many more votes.

. . . McCarthy’s hopes appear to be dwindling. Not only did 19 Republicans vote against him on the first and second ballots, but the number grew slightly on the third, with rising star Rep.-elect Byron Donalds (R-Fla.) becoming the 20th vote against McCarthy and making a pragmatic case for trying to find an alternative. Things are trending in the wrong direction for McCarthy. (All elected members of the House keep the “elect” on their title for now, since no one has been sworn in.)

Big fun!  Congress is like a huge clown car.

*Meanwhile, serial liar and wannabee Jew George Santos is sitting with his thumb up his bum, waiting to be sworn in. . . if he is sworn in.

On Tuesday, looking very much like a freshman at a prep school in hell, congressman-elect George Santos wore a black backpack, a periwinkle sweater underneath his navy jacket, and a sullen face with darting, evasive eyes, as if looking to see if anyone on Capitol Hill was going to accuse him of yet another lie about the basic facts of his existence.

A posse of journalists assembled before 9 a.m. Tuesday to stake out Santos’s new office on the first floor of the Longworth House Office Building. The accused serial fabulist is now being investigated by the attorney general of New York, the district attorneys of Nassau County and Queens, and the government of Brazil.

“I only found out that he was my next-door neighbor about 20 minutes ago,” Rep. Don Beyer (D-Va.) said around 9 a.m. “It’s a surprise and delight.

Santos, 34, was elected in November to represent the third district of New York, which includes the Gold-Coast enclaves on Long Island used by F. Scott Fitzgerald to stage “The Great Gatsby,” whose titular character’s background was mysterious at best, shady at worst. The North Shore Leader, a local newspaper, reported that Santos listed no property on his financial disclosures despite claiming repeatedly to own mansions in Oyster Bay Cove and the Hamptons. The newspaper’s editorial board, keen to support a Republican, instead endorsed Democrat Robert Zimmerman, calling Santos a “bizarre, unprincipled and sketchy” man who “boasts like an insecure child.” Voters elected Santos anyway, flipping a crucial seat for the Republican Party, which barely eked out a majority in the U.S. House of Representatives. Last month the New York Times delineated apparent fabrications in Santos’s work and educational backgrounds: He apparently did not work at Goldman Sachs or Citigroup; he apparently did not go to Baruch College or New York University. (“It is no surprise that Congressman-elect Santos has enemies at the New York Times who are attempting to smear his good name with these defamatory allegations,” Santos’s attorney, Joseph Murray, said in a written statement at the time.)

But why is Beyer delighted? Is he being sarcastic? Anyway, the smart money is that Santos, even if he’s seated, will have to resign after the multiple investigations about not just his lying, but his fraudulent behavior.

*Remember the college scandal in which Rick Singer masterminded a scheme in which he and others would be paid big bucks confect fake admissions data for the children of celebrities like Lori Laughlin and Felicity Huffman(both of whom did short time in jail for complicity)? Well, Singer himself just got a longer sentence in the federal pen:

William “Rick” Singer, the mastermind of the sprawling college admissions scam aptly known as Operation Varsity Blues, is set to be sentenced in a federal courthouse in Boston on Wednesday, nearly four years after the scandal was publicly exposed.

Singer was the central figure in the scam in which wealthy parents, desperate to get their children into elite universities, paid huge sums to cheat on standardized tests, bribe university coaches who had influence over admissions and then lie about it to authorities.

Singer pleaded guilty at the time to racketeering conspiracy, money laundering conspiracy, conspiracy to defraud the US and obstruction of justice, and he agreed to cooperate with the government’s investigation.

Prosecutors have asked the court to sentence him to six years in prison and pay over $19 million in fines and asset forfeitures. Singer’s attorneys have asked for probation with home detention and community service.

The sentencing represents the culmination of an extensive criminal case first made public in March 2019, when authorities arrested and charged over 50 people, including coaches, test administrators, prominent CEOs, and the actresses Felicity Huffman and Lori Loughlin.

With only a few exceptions, almost all of them pleaded guilty and served prison terms generally measured in weeks or months. For example, Huffman was sentenced to 14 days and Loughlin received two months behind bars. The longest sentence in the case, for former Georgetown tennis coach Gordon Ernst, was for 2.5 years in prison.

I was especially exercised by this one because it gets my knickers in knots when people buy their way into college. (Of course, that’s sort of what the children of rich donor alumni do, and I’m opposed to that, too.)

*I’m not sure that the execution of the first transgender inmate in America counts as a “first” worth noting, but since the whole press is noting it, I’ll join in briefly. All it shows is that being transgender doesn’t eliminate all possibility of your being a heinous criminal.

A Missouri inmate was put to death Tuesday for a 2003 killing, in what is believed to be the first execution of a transgender woman in the U.S.

Amber McLaughlin, 49, was convicted of stalking and killing a former girlfriend, then dumping the body near the Mississippi River in St. Louis. McLaughlin’s fate was sealed earlier Tuesday when Republican Gov. Mike Parson declined a clemency request.

McLaughlin spoke quietly with a spiritual adviser at her side as the fatal dose of pentobarbital was injected. McLaughlin breathed heavily a couple of times, then shut her eyes. She was pronounced dead a few minutes later.

“I am sorry for what I did,” McLaughlin said in a final, written, statement. “I am a loving and caring person.”

A database on the website for the anti-execution Death Penalty Information Center shows that 1,558 people have been executed since the death penalty was reinstated in the mid-1970s. All but 17 of those put to death were men. The center said there are no known previous cases of an openly transgender inmate being executed. McLaughlin began transitioning about three years ago at the state prison in Potosi.

Note the paucity of women murderers? I don’t think the excess of men is due entirely to their being socialized to kill.  But at least they used pentobarbital instead of the gruesome three-drug cocktail.

Hili: I will be back soon.
A: Where are you going?
Hili: I’m going to check whether the mice need anything. 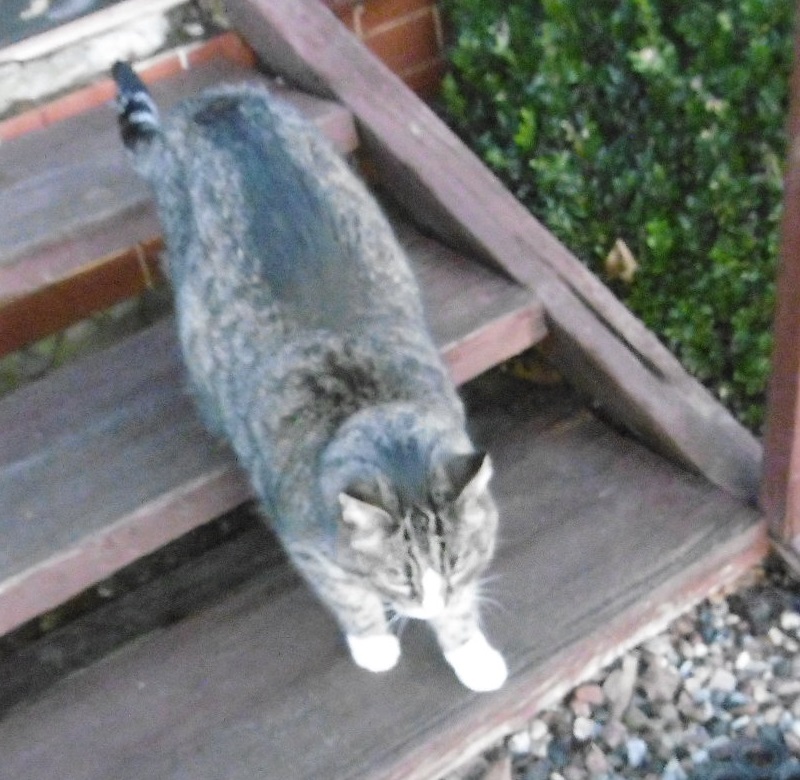 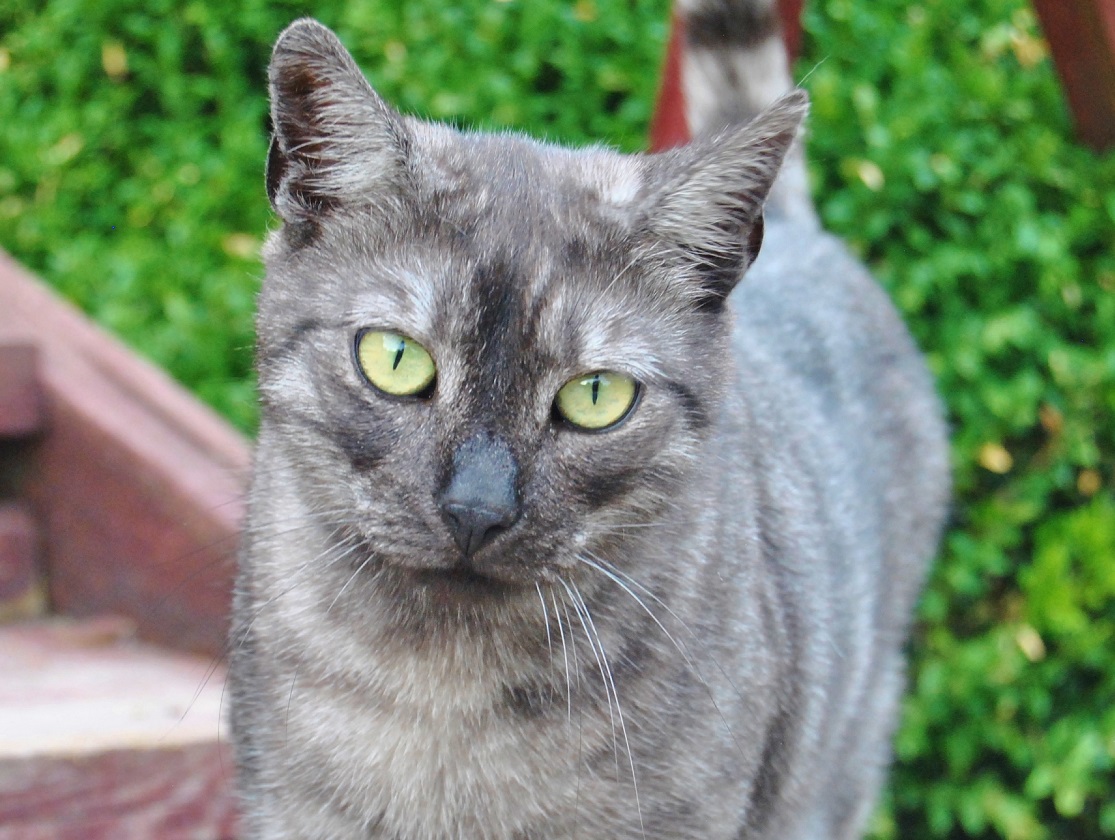 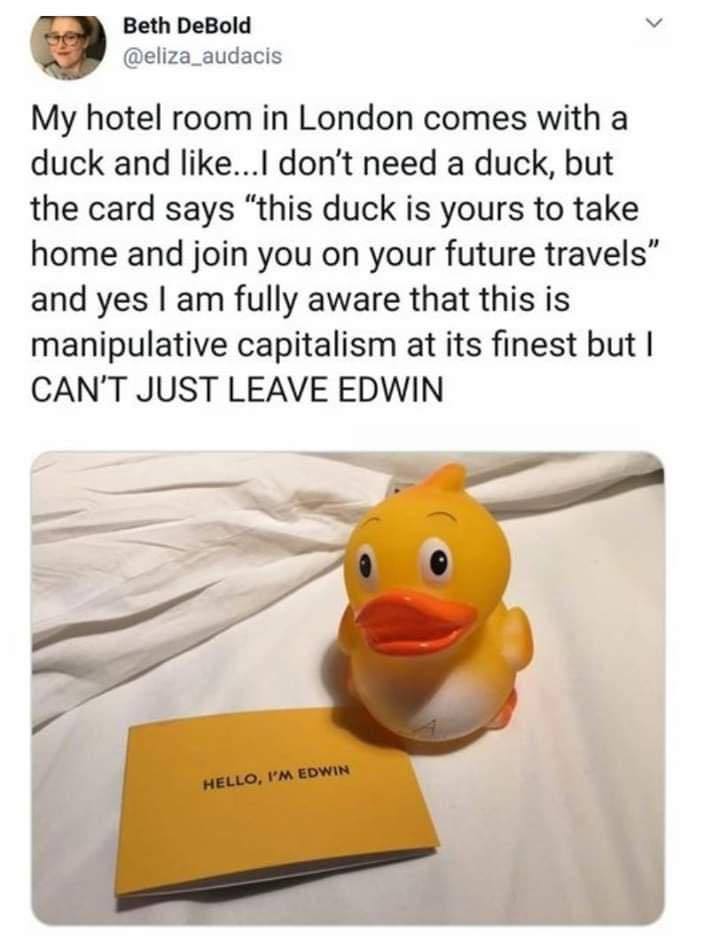 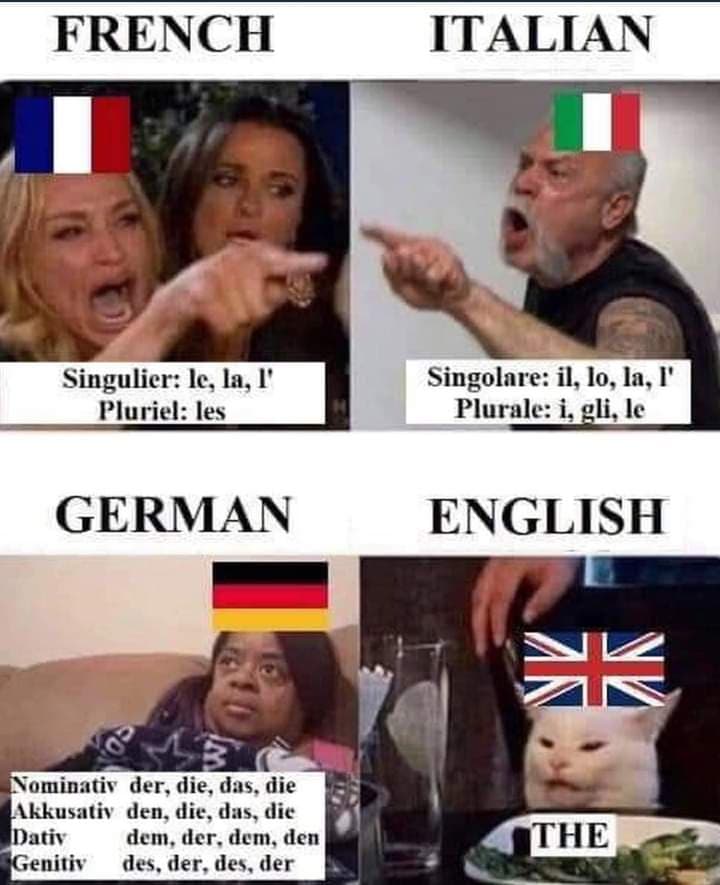 From Malcolm: Is this animal altruism?

Titania tweeted for the first time in a month (second tweet):

THINGS THAT ARE RACIST
(part 42)

From Masih: another protestor killed in Iran.

#Mehdi_Zare_Ashkzari was a student at the University of Bologna in Italy. He fell into a coma after being released from prison due to severe injuries sustained from torture, and died 20 days later. I call on the Italian government to recall its ambassadors from Iran. #MahsaAmini pic.twitter.com/vGguXr4mtx

From Malcolm, a very large d*g:

The Giant Alaskan Malamute is a selectively bred Malamute that exceeds 70 kg in weight & 70 cm of height, originally bred to pull heavy goods between cities throughout Alaska. They have been recorded to pull loads up to 500 kg
[📹: https://t.co/OXzcC6TEhk]pic.twitter.com/jKJ5lqGasU

Malcolm wonders what this is, but it appears to be a very poorly looked-after silvery marmoset (Mico argentatus). Poor thing!

Pretty sure it's supposed to look like this. This poor guy has some issues. pic.twitter.com/7JqkQcYsY7

From the Auschwitz Memorial, a 7 year old girl killed upon arrival:

In October 1942 she was deported to #Auschwitz and murdered in a gas chamber after selection. pic.twitter.com/LmmyMCzf7I

A picture says 9 words: “Cat goes out, steps in snow, comes back in.”

A short story about decisions. pic.twitter.com/YpuVicH2vn

which is a list of lists, so is included inhttps://t.co/vb5aRiLr3D https://t.co/0GLrJagd4x

The cat has to push the lever and then stand on it with its rear foot!

It’s his job to pull the levers. Don’t ask what they do, that’s somebody else’s lookout.pic.twitter.com/NtvwdWCMFp