Today’s selection of photos comes from reader Kevin Krebs. His notes an IDs are indented, and click on the photos to enlarge them. At the bottom Kevin asks readers to consider donating to the wildlife organization for which he volunteers.

Here is a selection of bird photos I’ve taken during the last few months in and around Vancouver, BC.

Northern Saw-whet Owl (Aegolius acadicus) — These tiny owls (with the larger females generally no more than 8” in length) are also one of the most common owls in North America. Despite this, there are still many gaps in our knowledge about them as they are secretive, nocturnal, and have irregular movement patterns. 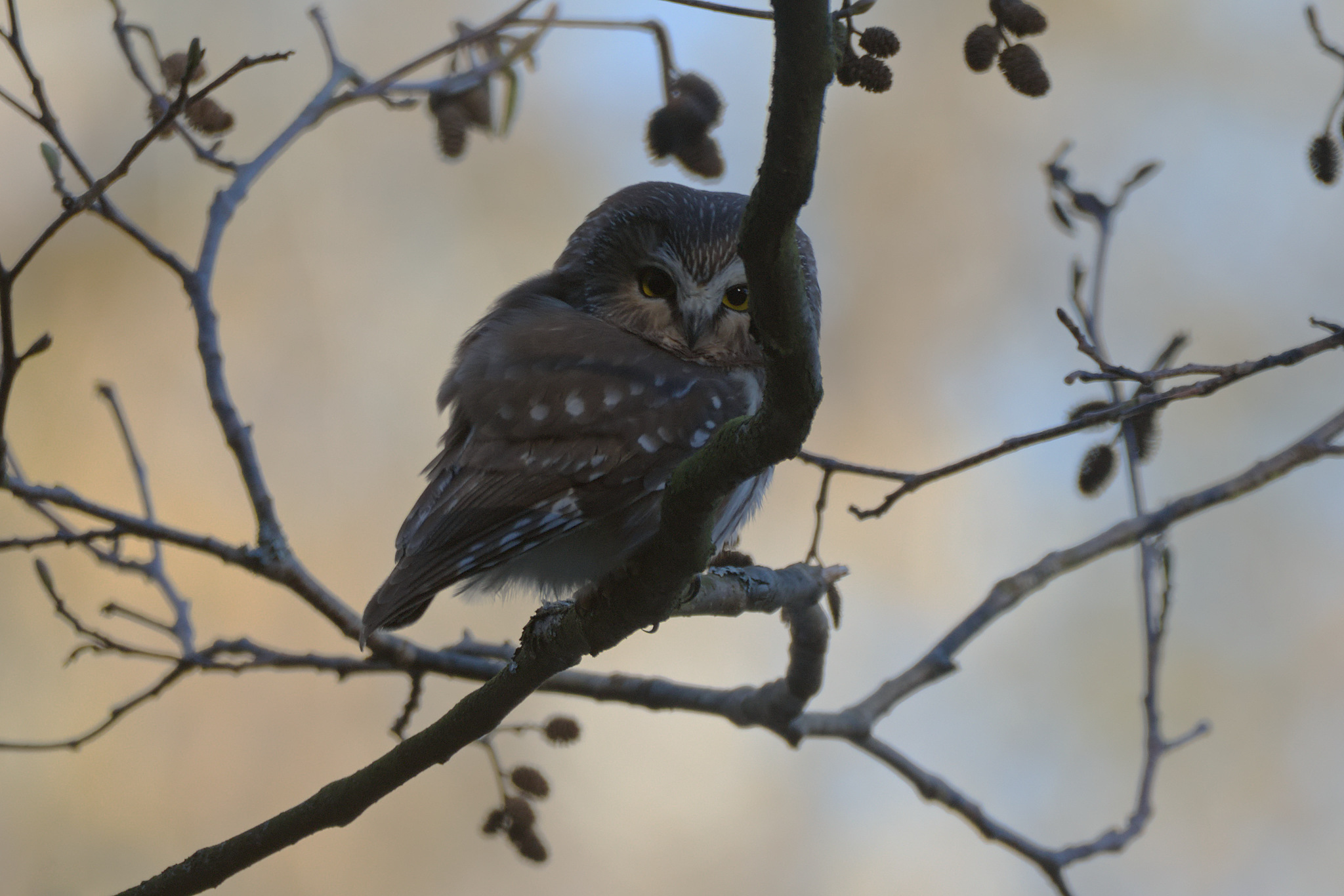 American Dipper (Cinclus mexicanus) — A unique and charming bird found in Western North America down through Central America. While they may appear drab, they are remarkable as North America’s only aquatic passerine. They dive and bob around in rushing streams, even in the cold of winter.  Photos don’t really do them justice, and I recommend watching this short video to see one in action.  As you might guess, they have many adaptations for their specialized lifestyle.

JAC: Do watch the video. The bird is amazing! 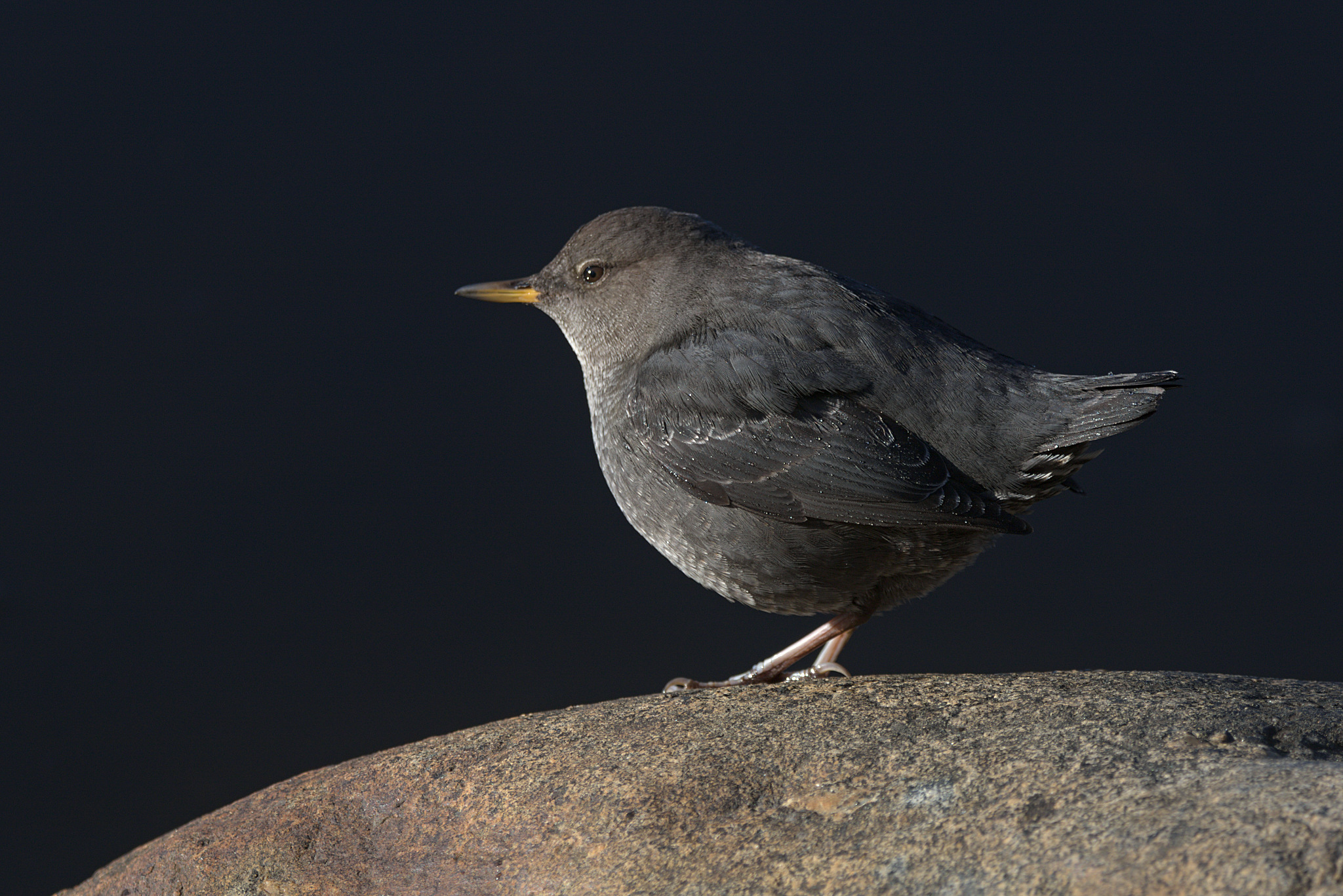 American Dipper (Cinclus mexicanus) — The same bird poised to dive into the pond. 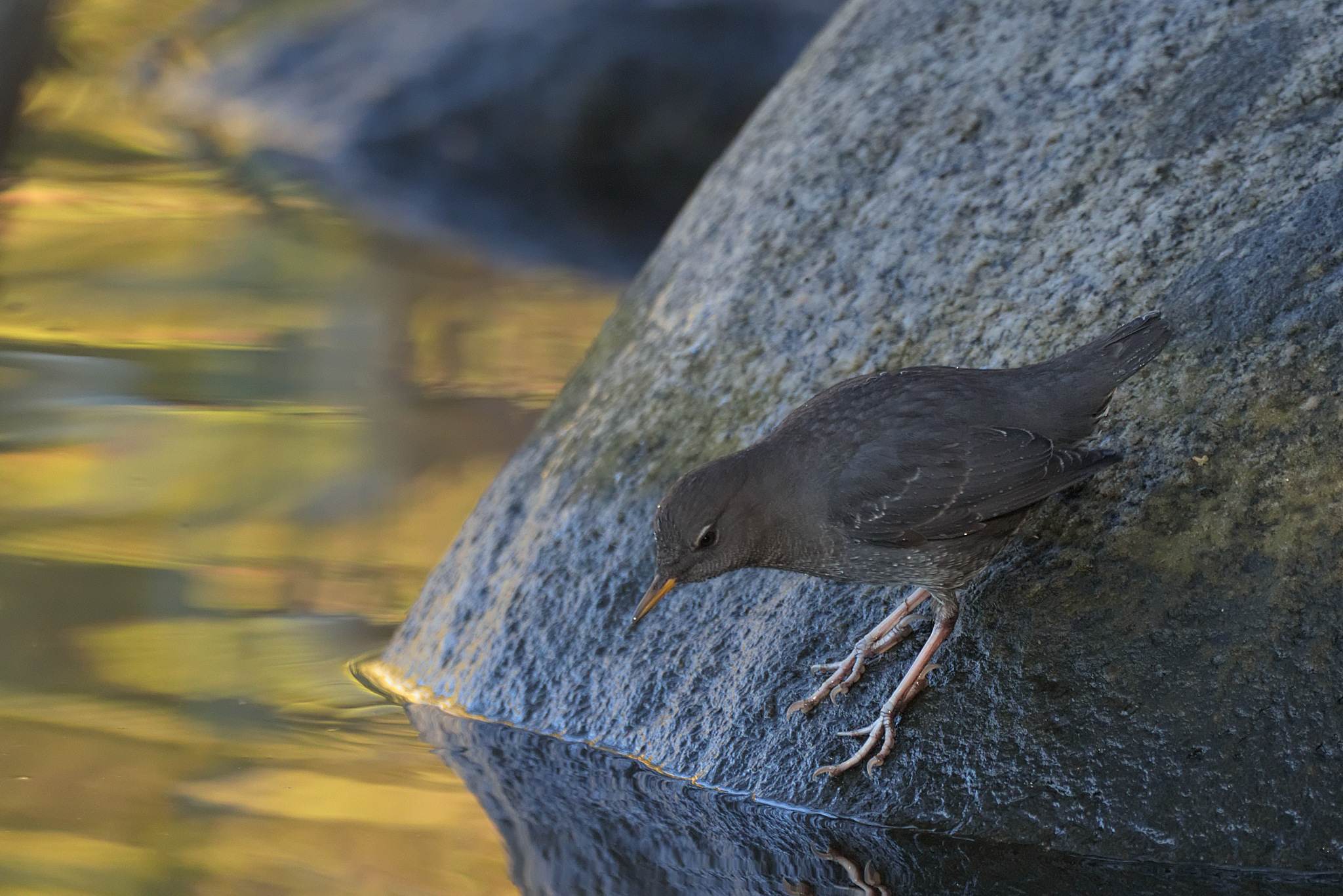 Spotted Towhee (Pipilo maculatus) — A common but eye-catching bird of the West, Spotted Towhees are almost always found in dense brush, noisily kicking away at leaf litter to reveal insects and invertebrates that make up a large part of their diet. 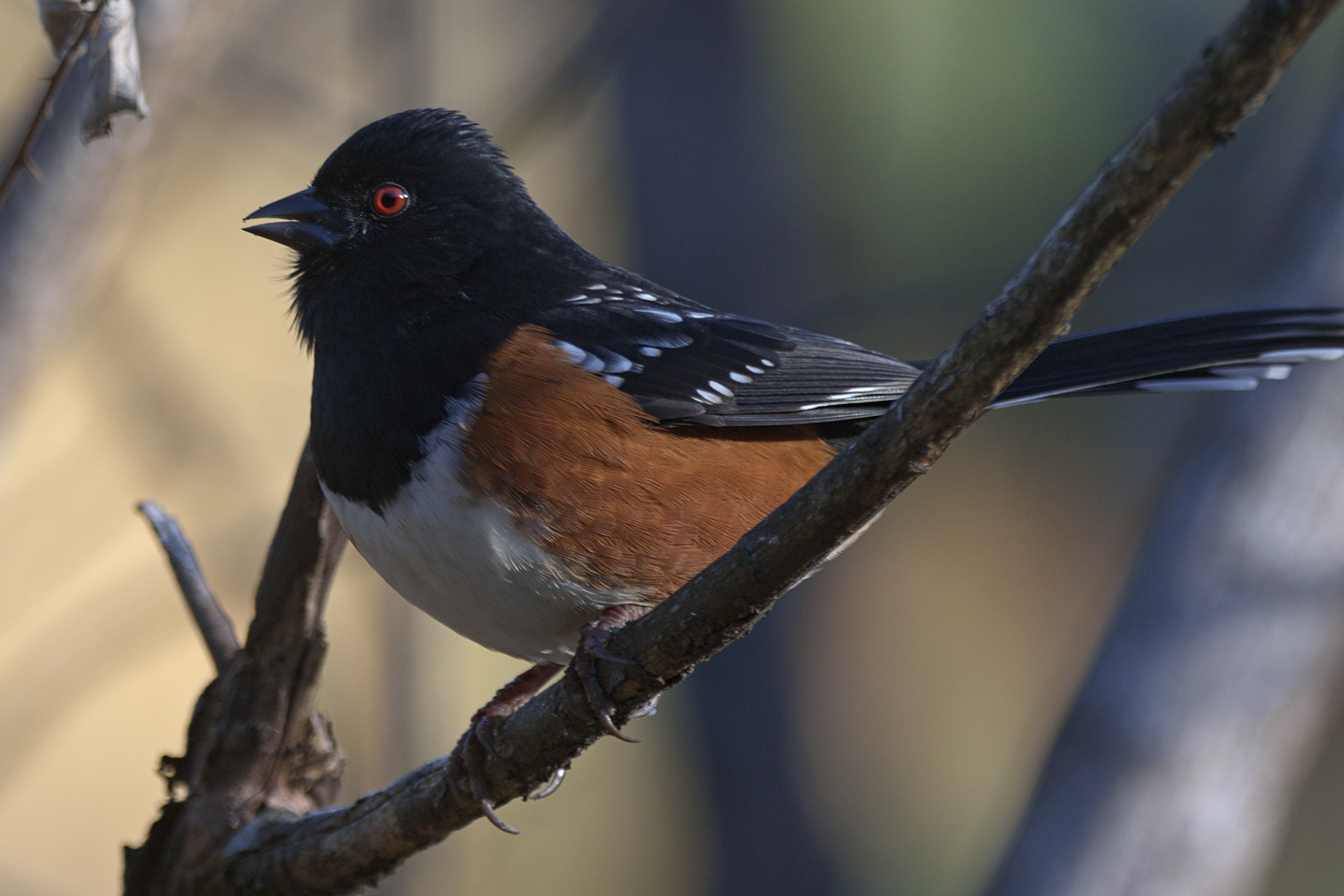 Cackling Goose (Branta hutchinsii) — At first glance, it’s easy to quickly misidentify these birds as Canada Geese (Branta canadensis). In fact, they were considered conspecific with their larger cousins until 2004 when they were split into their own species.  As soon as you spot one of these geese next to their larger cousins, the size difference is obvious. 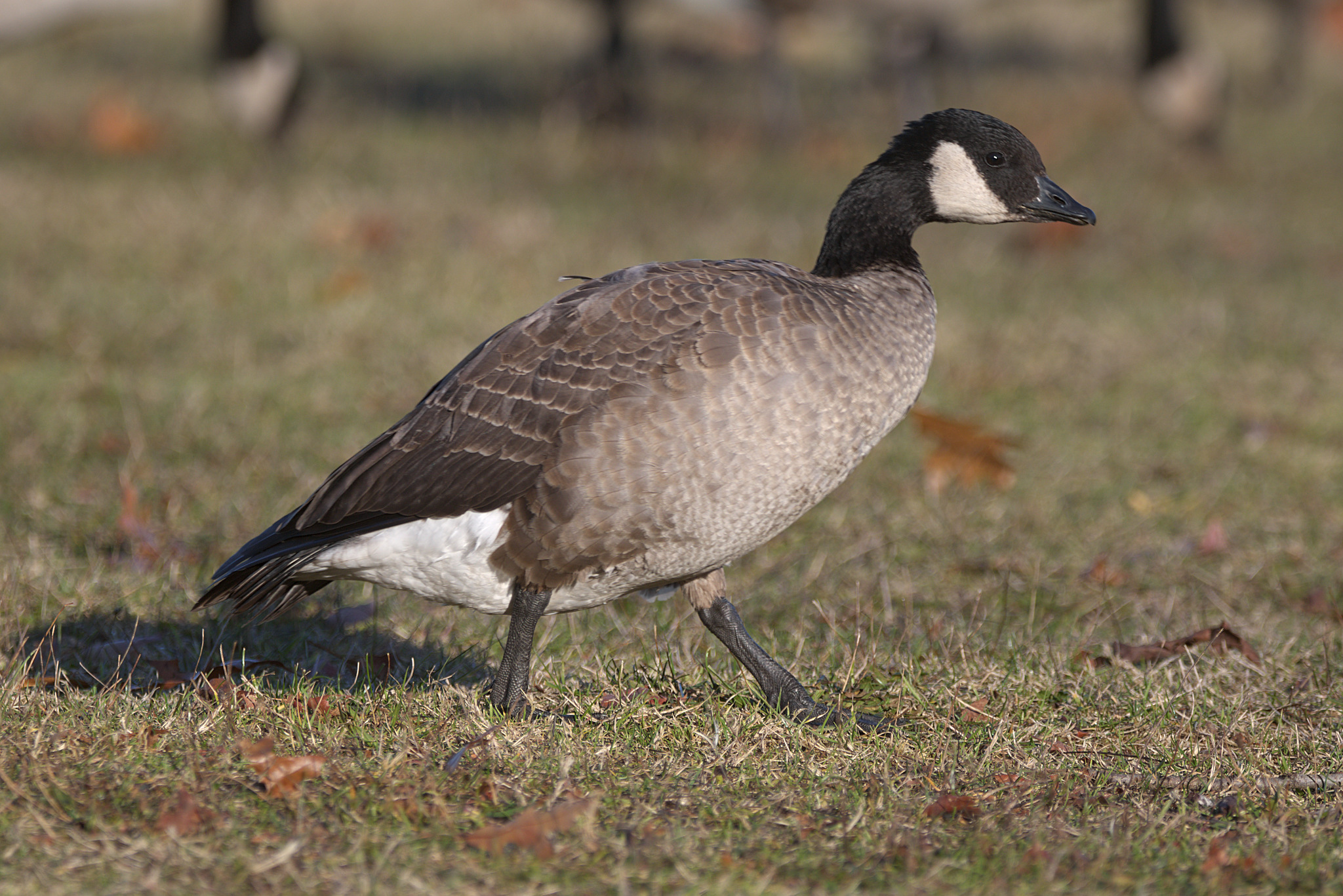 European Starling (Sturnus vulgaris) — A bird many North Americans have come to despise as an invasive and destructive pest. Unsurprisingly, the truth is far more complex, and much of the common knowledge about these birds is entirely false – the story they were released in 19th century New York by a Shakespeare fanatic has been entirely debunked. 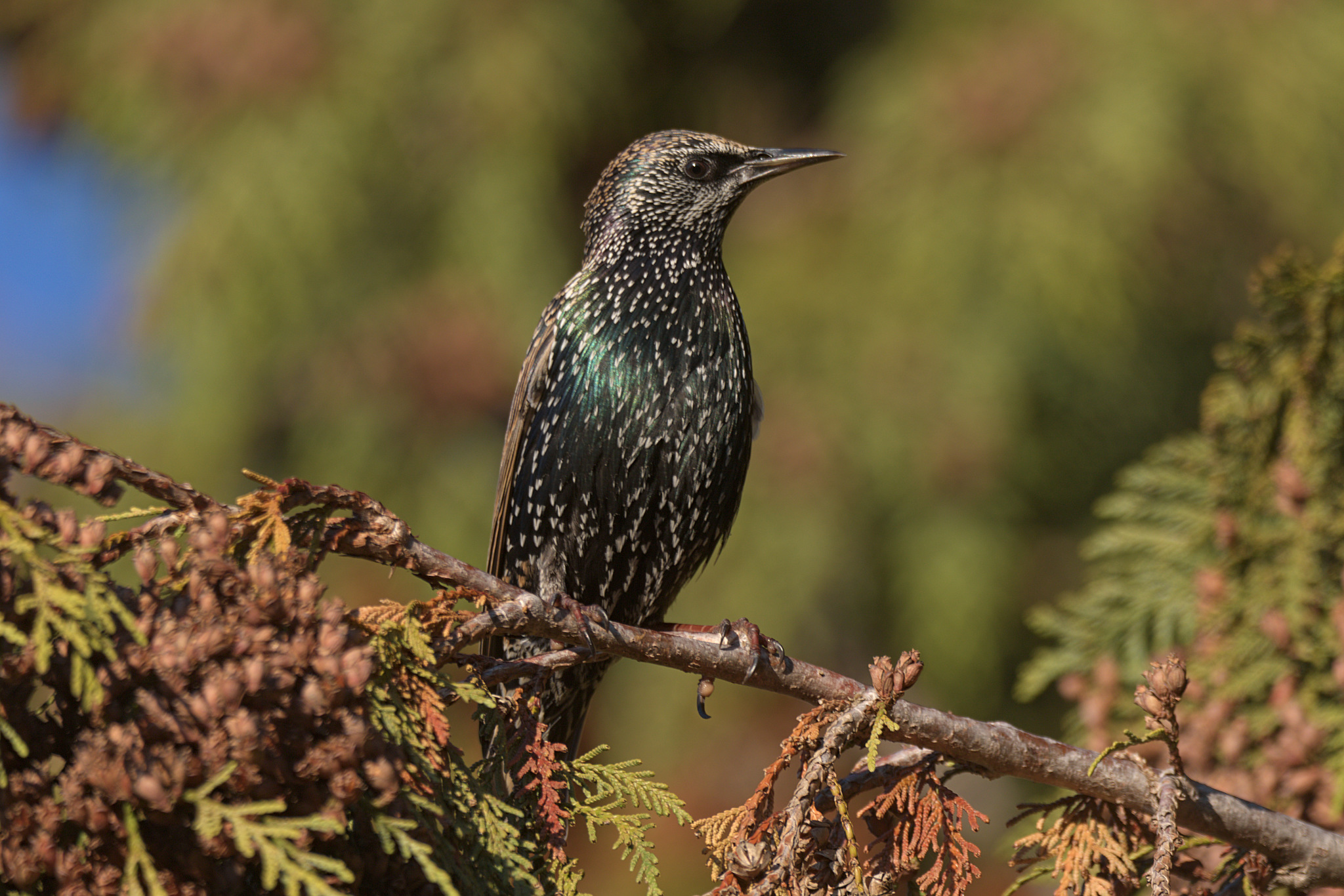 Canvasback (Aythya valisineria) — Sometimes referred to as the ‘aristocrat of ducks’ due to the male’s sophisticated-looking plumage, Canvasbacks are the largest North American diving duck. I was lucky to get a photo of this male who made a surprise appearance at a local park. 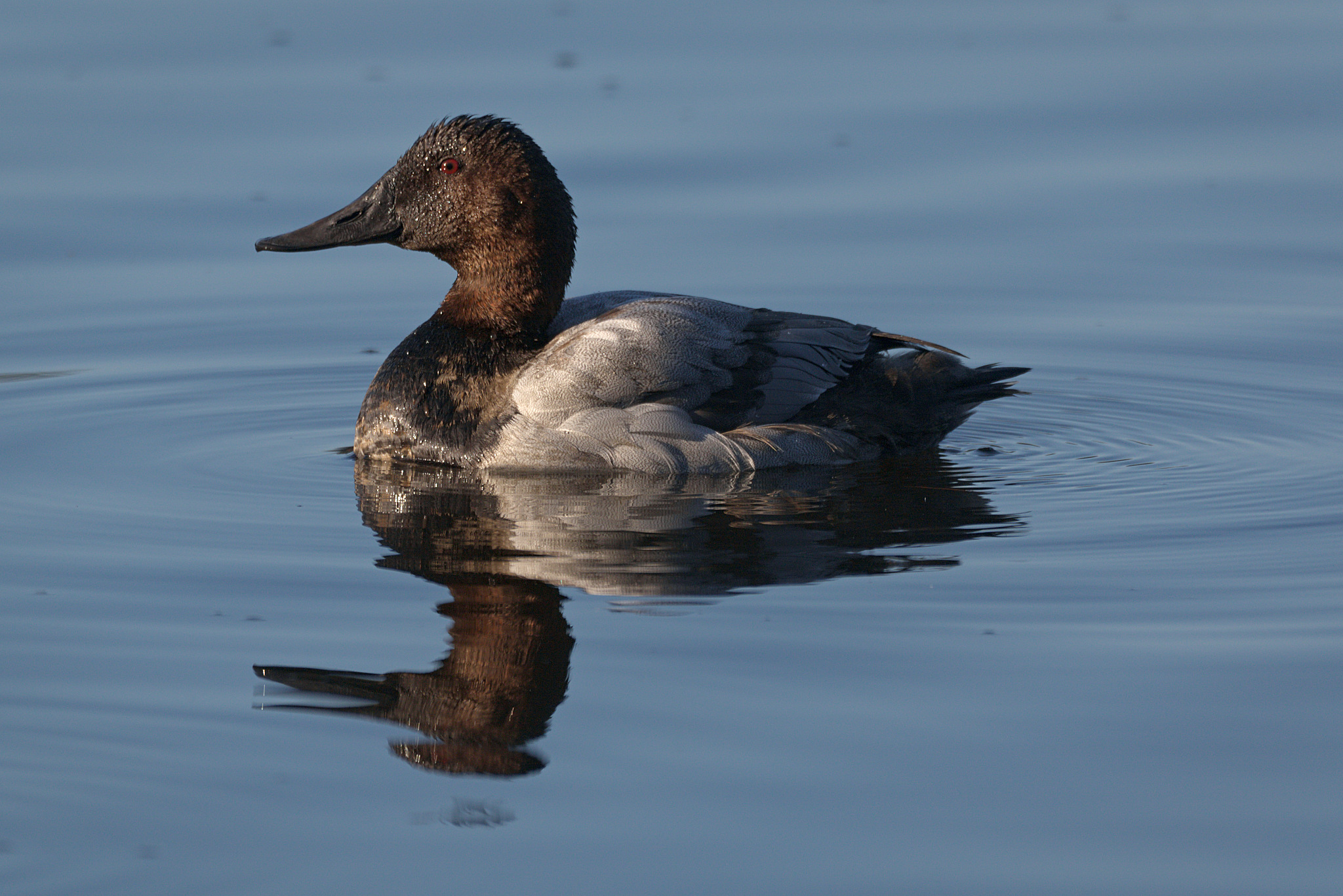 Cooper’s Hawk (Accipiter cooperii) — Cooper’s Hawks are crow-sized hawks that can be found across North America. They commonly breed in suburban and even urban landscapes and specialize in hunting smaller birds and mammals.  They are especially adept at high-speed flight through wooded areas in pursuit of their prey. 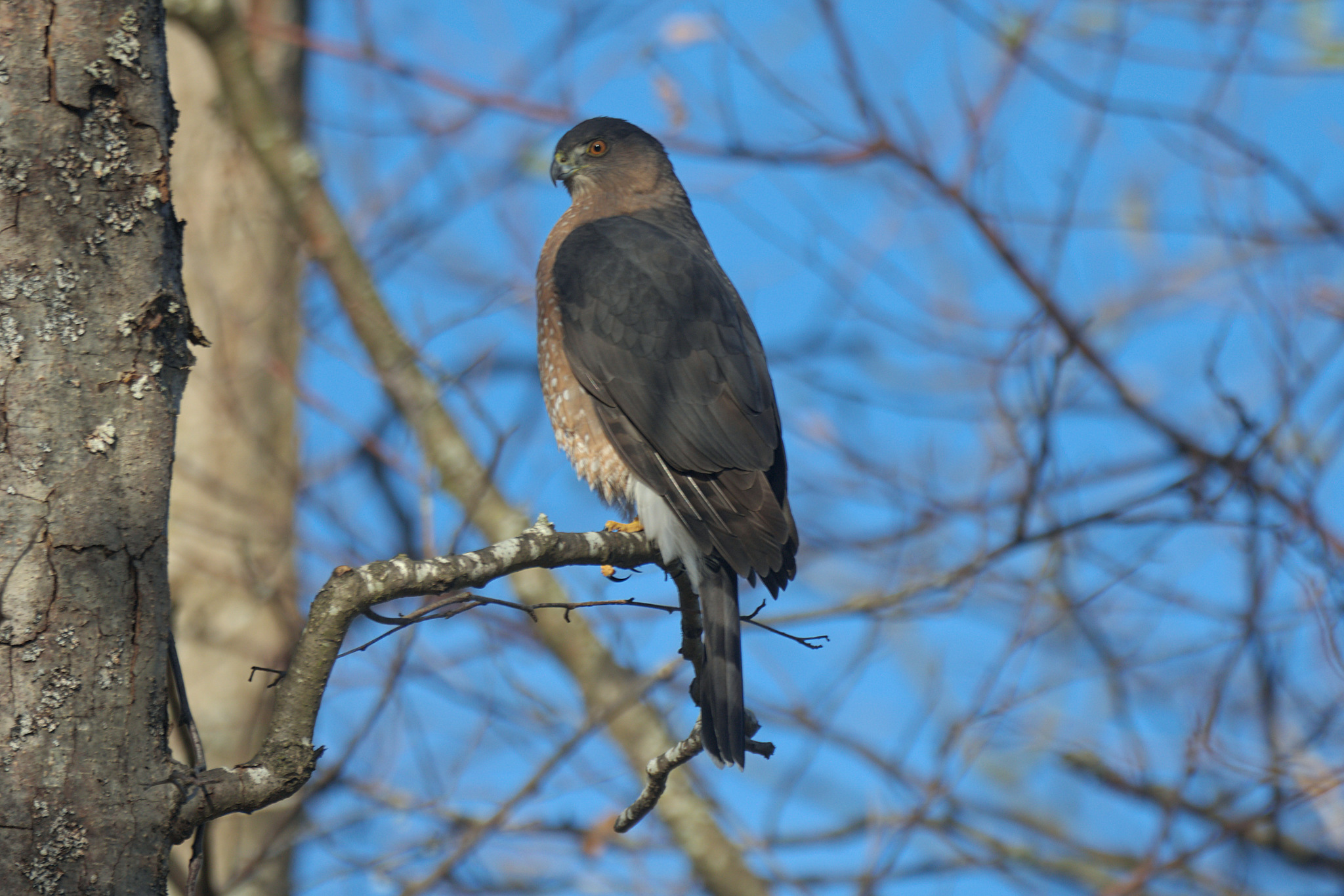 Merlin (Falco columbarius) — Merlins are small (9”-12″ body length) and fierce falcons found throughout the forests and prairies of the Northern hemisphere. Powerful and fast, they hunt small to medium-sized birds which they often catch in flight. 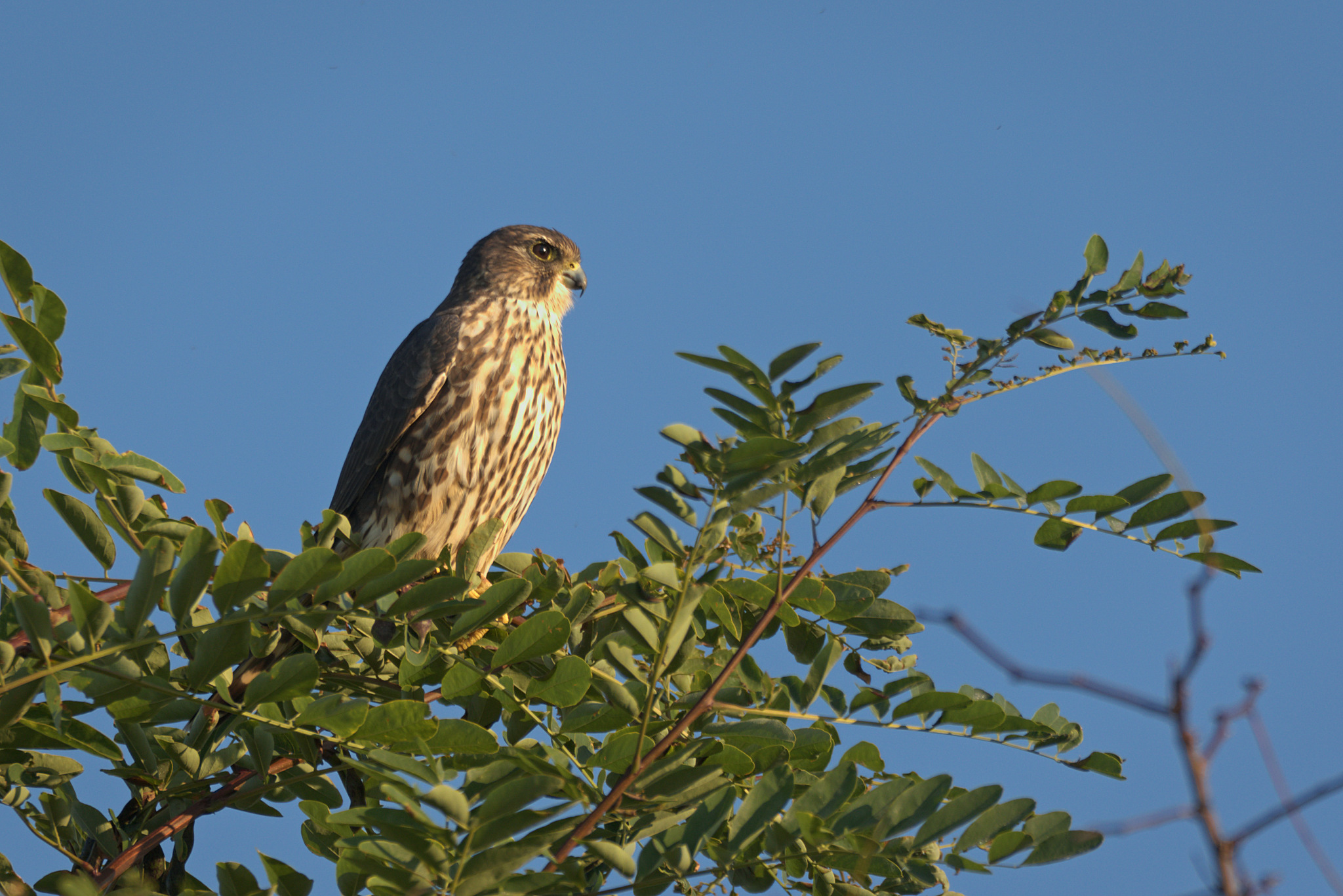 Bald Eagle (Haliaeetus leucocephalus) — Common until the 1800s, being hunted for bounties until the 1950s and the destructive effects of DDT combined to make Bald Eagles a rarity by the mid-to-late 1900s. Bald Eagle numbers have been steadily increasing since the 1980s, making them one of North America’s conservation success stories. Something that always surprises people about these birds is that they don’t sound at all like their media portrayal. Bald Eagles are splotchy brown until they’re 4 to 5 years old.  If you see a bird with a white head and tail like this one, you know it’s been around a while. 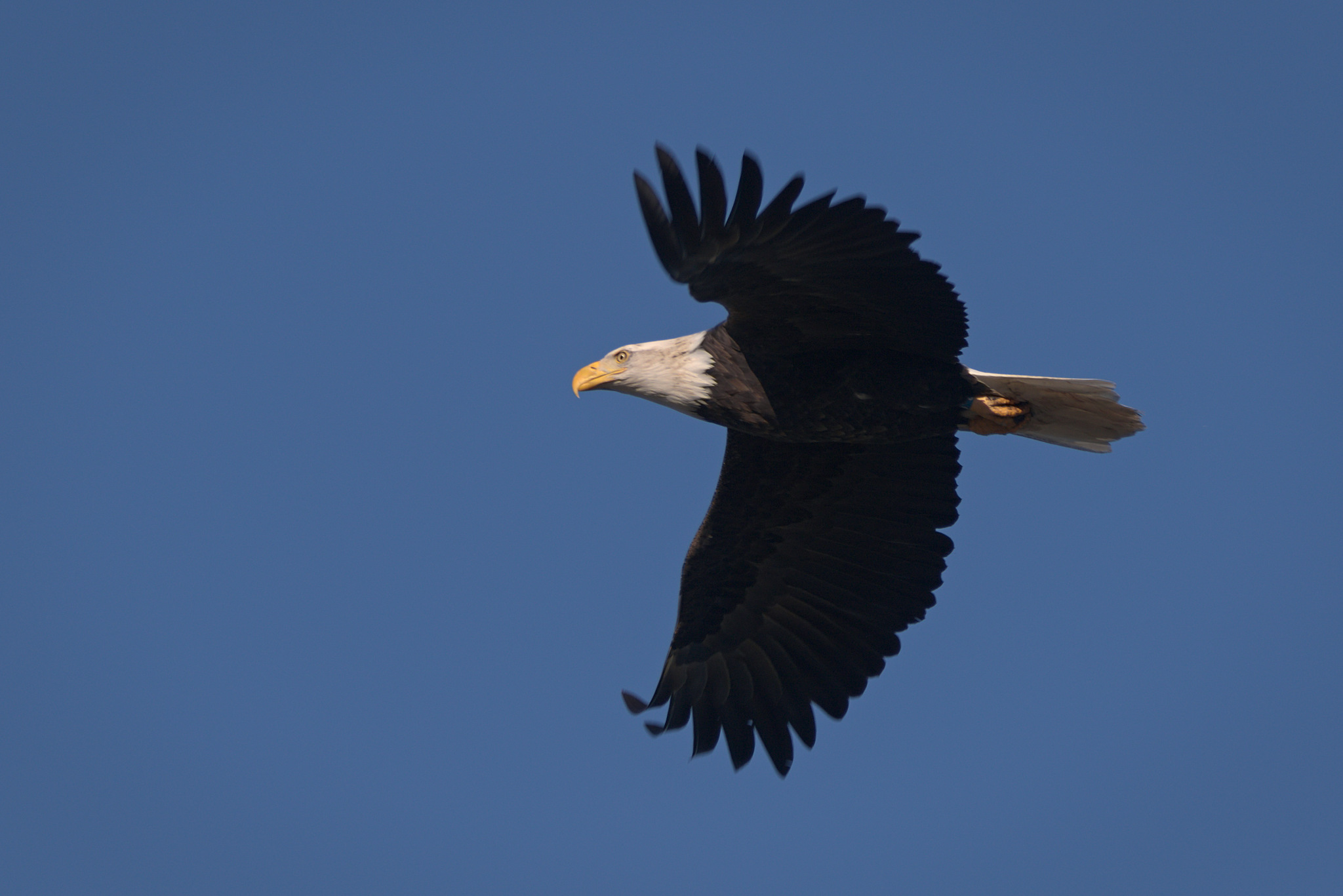 Black Oystercatcher (Haematopus bachmani) — An eye-catching bird of the West coast, often found in rocky intertidal zones. Like so many birds, their common name is a misnomer, as Black Oystercatchers rarely catch and eat oysters. Their main diet comprises marine invertebrates, generally bivalves and other mollusks, which their bill is adapted to pry open. 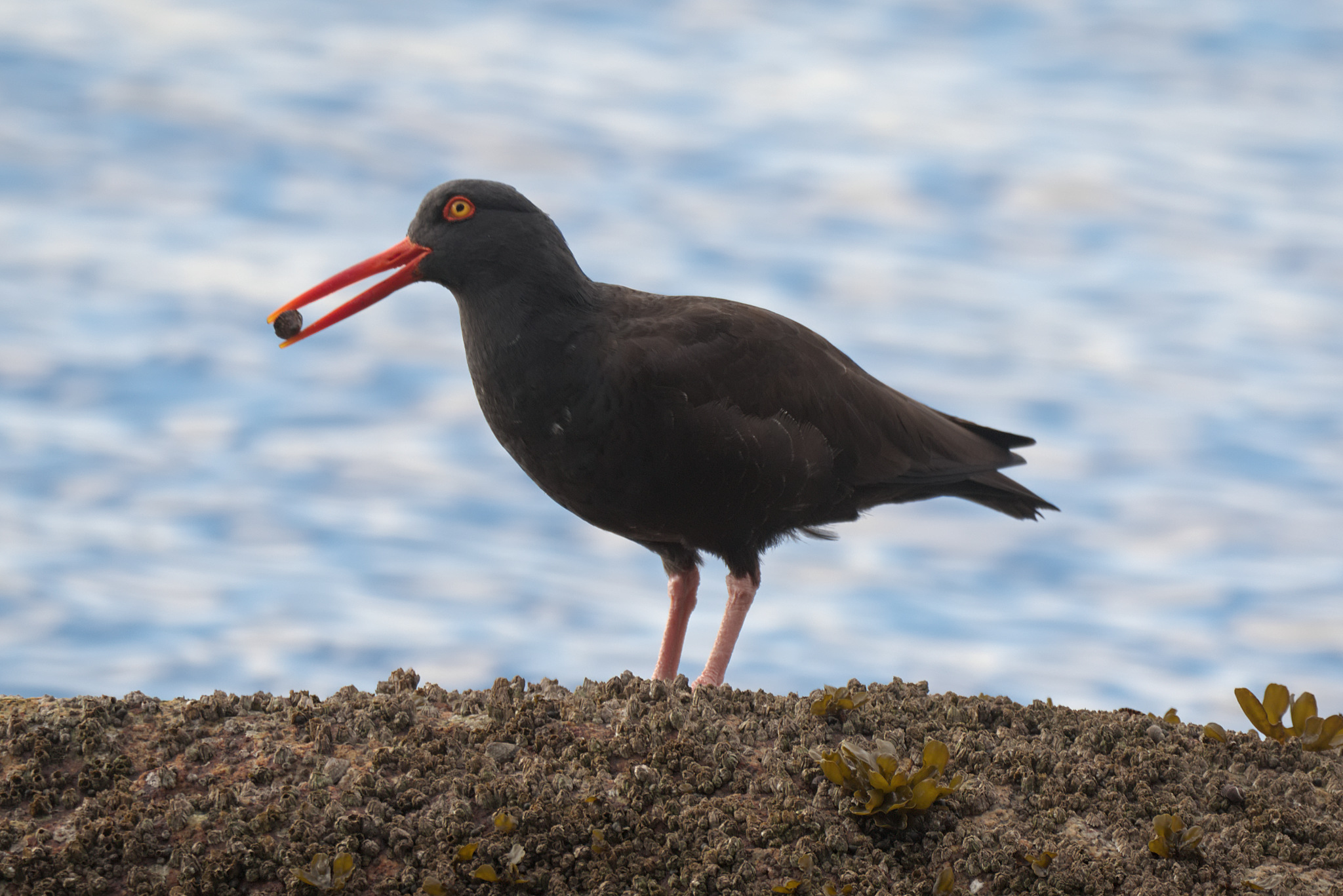 Great Blue Heron (Ardea herodias) — A familiar but also remarkably adaptable wading bird found through North and Central America. Great Blue Herons are formidable predators who take a variety of prey. Small fish and amphibians are their common diet, but they will eat any small animal that comes within striking range, including snakes, rodents, and even other birds. While their numbers seem to have remained stable, development of wetlands and areas near their large and raucous nesting colonies are potentially damaging for local subspecies. 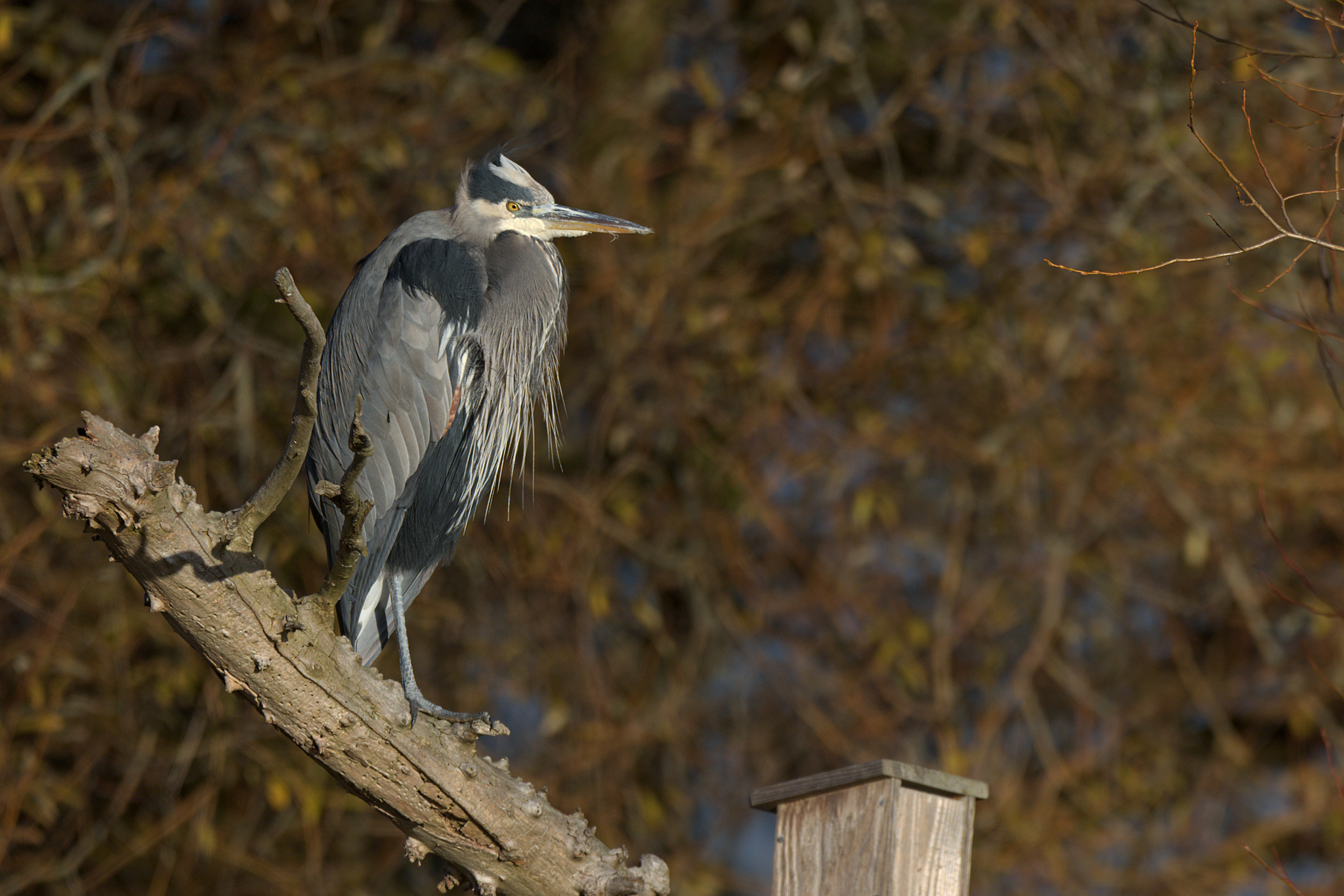 Steller’s Jay (Cyanocitta stelleri) — A beautiful, curious, and vocal jay found in Western forests. Like many corvids, Stellar’s Jays readily habituate to (and take advantage of) human presence. Despite being common and relatively tame, there are still many questions about their demographics and breeding biology that remain unanswered.  This bird belongs to the Coastal subspecies (Cyanocitta stelleri stellari) distinguished by an overall darker colours and the light blue stripes on its ‘forehead’. 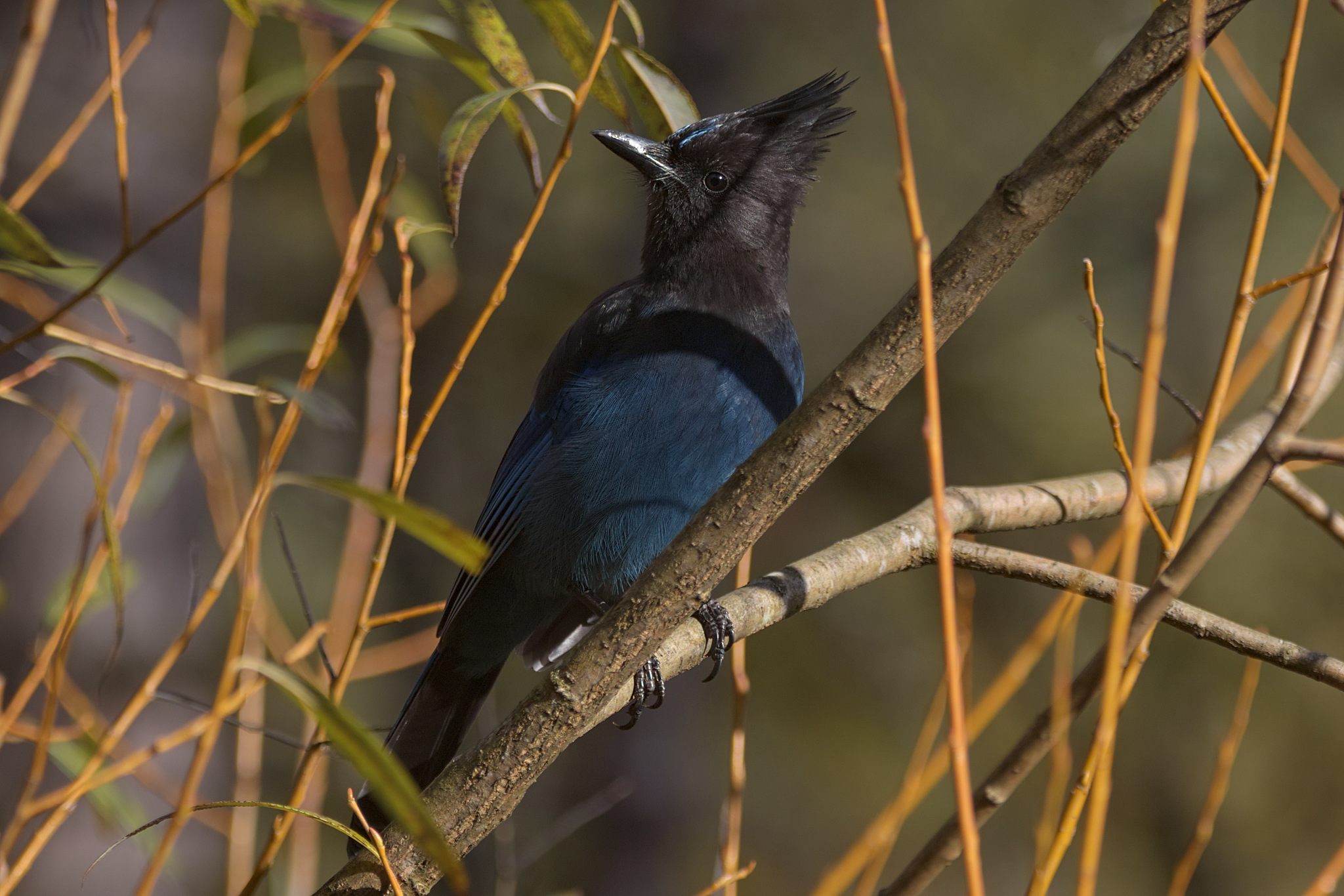 Douglas Squirrel (Tamiasciurus douglasii) — While photographing birds, I sometimes meet other animals, so for the final photo, here’s a Douglas Squirrel, a native squirrel of the Pacific Northwest. Significantly smaller than the introduced Eastern Gray Squirrel, they are found in coniferous forests, as their diet mainly consists of fir, spruce, and pine seeds. This individual in a local park is extremely habituated to humans due to being fed, running right up to people’s feet to beg.  While undeniably cute, feeding animals results in many potential harms to both wildlife and humans. 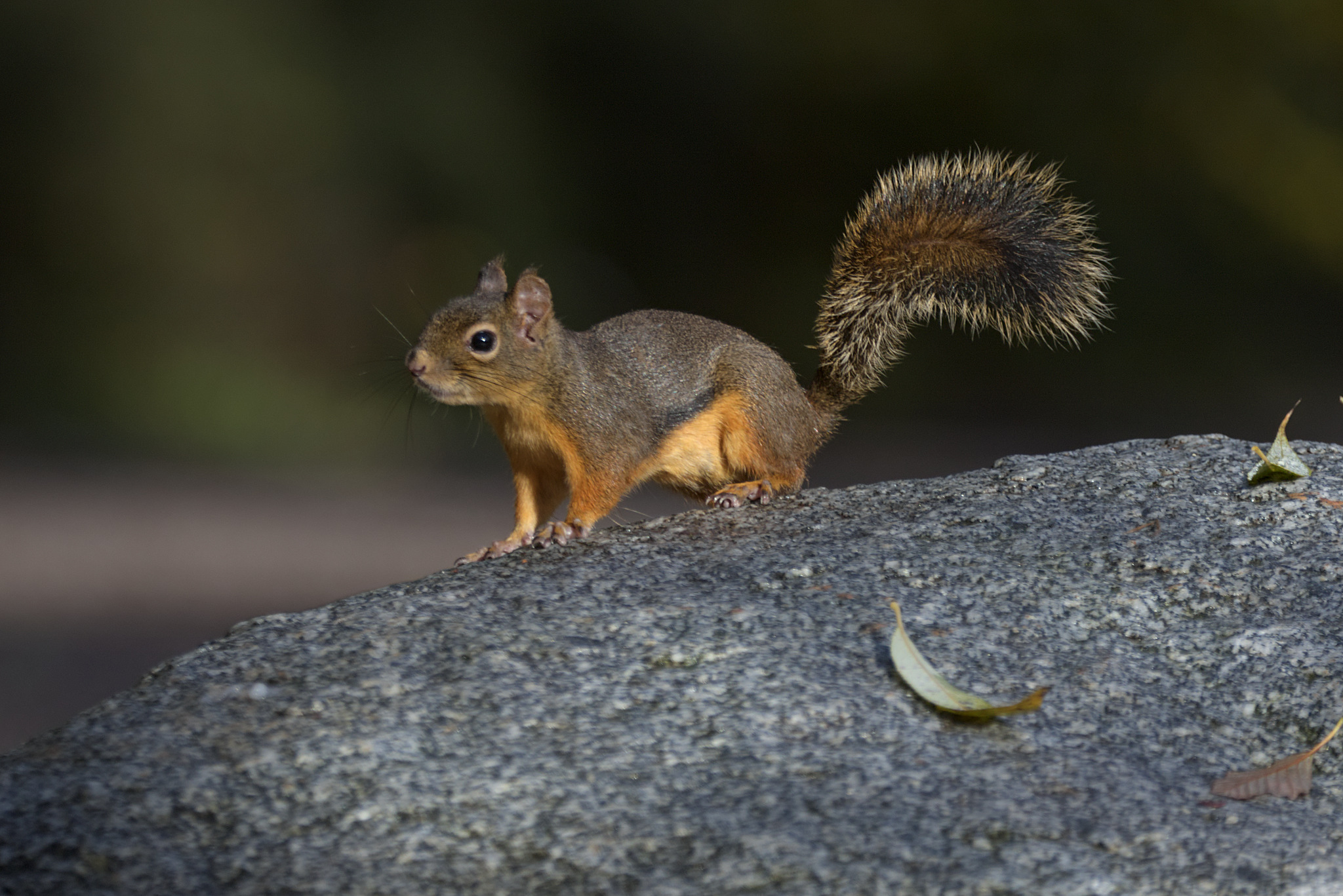 As an aside: I volunteer with the Vancouver Avian Research Centre (https://birdvancouver.com) and we are currently having a fundraiser to help keep our station outfitted and running smoothly.  I thought it couldn’t hurt to ask, as I believe strongly in the organization and our mission to protect birds.
If you do decide to include it, the link for donations is here: http://weblink.donorperfect.com/VARC