Welcome to the first Friday in December: December 2, 2022, and National Fritter Day. I like corn (a little syrup on it doesn’t hurt) as a savory, and apple fritters as a treat.

Readers are welcome to mark notable events, births, or deaths on this by consulting the December 2 Wikipedia page.

*Congress, in charge of regulating interstate commerce, has the power to avert the impending railroad strike since it could substantial economic damage. The House passed the bill two days ago, but it looked dicier in the Senate. However, yesterday the Senate also passed the bill, which forces a settlement on terms agreed on by negotiators but not labor itself. It now goes to Biden, who will sign it.

The Senate on Thursday voted overwhelmingly to impose a labor agreement between rail companies and their workers who have been locked in a stubborn stalemate, moving with uncommon speed to avert a potential holiday season rail strike that would jeopardize shipping across the country.

Passage of the measure cleared it to be signed by President Biden, who just days ago made a personal appeal for Congress to act to impose a labor agreement his administration helped negotiate earlier this year, but which had failed to resolve the dispute. He was expected to sign it quickly, racing to stave off any economic fallout that could come from a work stoppage in the coming days.

It was the first time since the 1990s that Congress has used its power under the Constitution’s commerce clause, which allows it to regulate interstate commerce, to intervene in a national rail labor dispute.

The action came a day after the House overwhelmingly approved the measure, which would force the companies and their workers to abide by the tentative agreement reached in September. It would include a 24-percent increase in wages over five years, more schedule flexibility and one additional paid day off. Several rail unions had rejected it because it lacked paid leave time.

Progressive Democrats wanted to add that paid leave time, and Republicans a “cooling off period”, but both failed. The final vote was 80-15, and so truly bipartisan:

Senate Democrats, under pressure from progressives to insist on the additional compensated time off for workers, tried and failed to push through a House-passed measure to add seven days of paid medical leave to the agreement. It was defeated 52-43, failing to secure the necessary 60 votes needed to pass.

And Republicans failed to win adoption of their proposal to extend the Dec. 9 negotiation deadline by 60 days, to provide a cooling-off period and avoid congressional intervention in the dispute. It failed on a vote of 70-25.

Ultimately, a broad bipartisan group set aside reservations about inserting Congress into the labor dispute and backed the agreement that the Biden administration negotiated. The vote was 80-15, with Senator Rand Paul, Republican of Kentucky, voting “present.”

*Now here’s a misguided op-ed in the WaPo by Ellie Geranmayeh, a “senior policy fellow and deputy head of the Middle East and North Africa program at the European Council on Foreign Relations.” This chowderhead thinks we can still prevent Iran from getting the bomb, as she writes in “We still need a nuclear deal with Tehran. Protests won’t change that.”

Last month, the Biden administration’s special envoy for Iran said that nuclear talks with Tehran were unlikely to continue anytime soon. “If these negotiations are not happening, it’s because of Iran’s position and everything that has happened since [September],” said Robert Malley, citing Iran’s crackdown on protests, its transfer of drones to Russia and its continuing imprisonment of American citizens.

His comments, which echoed a widespread unease with Iran in the West, are understandable. And yet none of the issues he cited changes the grim reality that Iran is now just days away from having enough weapons-grade material for a nuclear bomb — and that the international community is doing nothing to stop it. Unless that changes, the world is headed inexorably for a new nuclear crisis. A revised diplomatic track still represents the most effective pathway forward.

Iran’s relations with the West have hit rock-bottom after almost two years of failed negotiations to revive the 2015 nuclear deal. That impasse has been compounded by Tehran’s repressive response to the wave of protests that began in September, which has reportedly left more than 400 dead and thousands imprisoned.

“Failed negotiations” is a redundancy when it refers to trying to talk Iran out of its bomb. She continues:

The International Atomic Energy Agency recently passed yet another in a series of resolutions reprimanding Iran for its lack of cooperation with the agency. This censure is the right move, but it doesn’t fix the larger problem. Iran responded to the IAEA’s rebuke by restarting high-level enrichment of uranium at its underground Fordow nuclear site — something that it is expressly prohibited from doing under the original nuclear deal. Iranian officials have also claimed that they plan to install more advanced centrifuges, which would significantly enhance Iran’s capabilities to produce nuclear weapons. The current trajectory is certain to leave the agency, the United States and Europe in a near-total blackout as Iran marches toward becoming a nuclear threshold state.

Give me a break! Iran wants a nuclear weapon, and it’s always been on the path to get one. I’m stupefied that Geranmayeh, an “expert”, thinks we can stop the juggernaut by negotiating with Iran.

*Today’s World cup scores and commentary from CNN: Japan and Spain advance, while the German team, beating Costa Rica 4-2, is out and has to go back to Deutschland.

We have a final at Al Bayt Stadium, with Germany winning 4-2.

The Germans roared back in the second half and scored two late goals for a commanding victory. But to no avail.

Ultimately, the action determining whether Germany could advance to the Round of 16 was taking place in the other Group E match, where Japan defeated Spain 2-1, assuring both those teams will advance.

Japan beating Spain has to be an upset. From the NYT:

It was an incredible match.

Spain had expectedly dominated the ball in the first half, keeping Japan on the chase and then, striker Alvaro Morata had secured the opening goal for Spain early in the match too.

But Japan stood up a phenomenal campaign against La Roja Fuera, getting two goals one after the other in the 48th and 51st minutes. Spain was just unable to reply throughout the second half.

The Blue Samurai’s triumphant advance to the Round of 16 atop Group E is especially spectacular give the stats: the team only had possession of the ball for less than 20% of the entire match, and lesser attempted shots at the Spanish goal too.

Spain also squeaked through to the knockout round as Costa Rica failed to defeat Germany.

*From the BBC via Malcolm: kitten hitches 250-mile ride on a lorry engine. Look at this lovely kitty, currently named “Yorkie”: 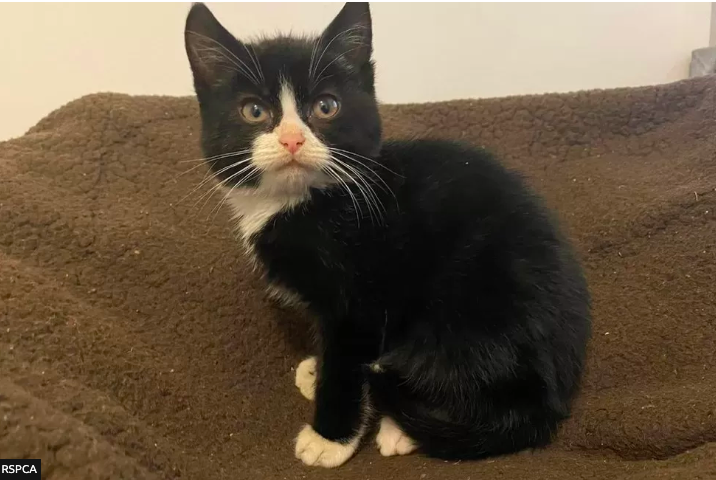 Yorkie had an adventure:

The owner of a kitten which is thought to have hitched a 250 mile (400km) ride under the bonnet of a lorry is being sought by the RSPCA.

The black and white cat was discovered when an Asda truck, which had travelled from Southampton, delivered to a supermarket in Liscard, Merseyside.

The RSPCA said: “He arrived covered in oil and very frightened but thankfully otherwise unscathed.”

Nicknamed Yorkie, the charity is urging his owner to get in touch.

He has been scanned to see if he was micro-chipped – which would have shown details of his owner – but unfortunately no chip was found.

The RSPCA said: “We can’t imagine how frightened he must have been travelling down the M6 at 60mph next to a big noisy engine.

“Poor Little Yorkie has had quite a journey and we are really keen to find his owners.

Protip: Check under your “bonnet” (aka “hood”) before you drive off, especially in winter. And if “Yorkie” were a true Yorkshire cat, he’d say to other cats: “You think YOU had it bad in winter: I had to keep warm by riding on the engine of a lorry to Merseyside!”

*The Associated Press has a large collection of what it considers its best photos of 2022, though the year isn’t over yet. Here are a few with their captions, but click to enlarge them. There are 153 photos–go see them all!

Meanwhile in Dobrzyn, Hili’s on the roof of the veranda and wants to get into the lodgers’ flat. She asks Szaron for a favor.

Hili: Can you let me in?
Szaron: No, but Paulina will surely do it when she puts her camera away.
(Photo: Paulina) 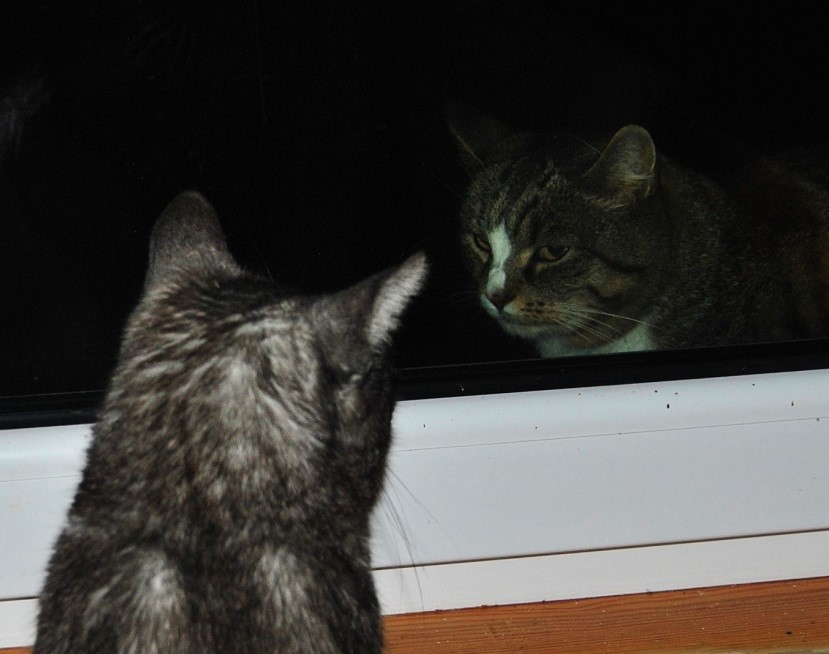 From Reader Pliny the in Between’s Far Corner Cafe: The first page of his Advent calendar, “Christmas in the Donbas”: 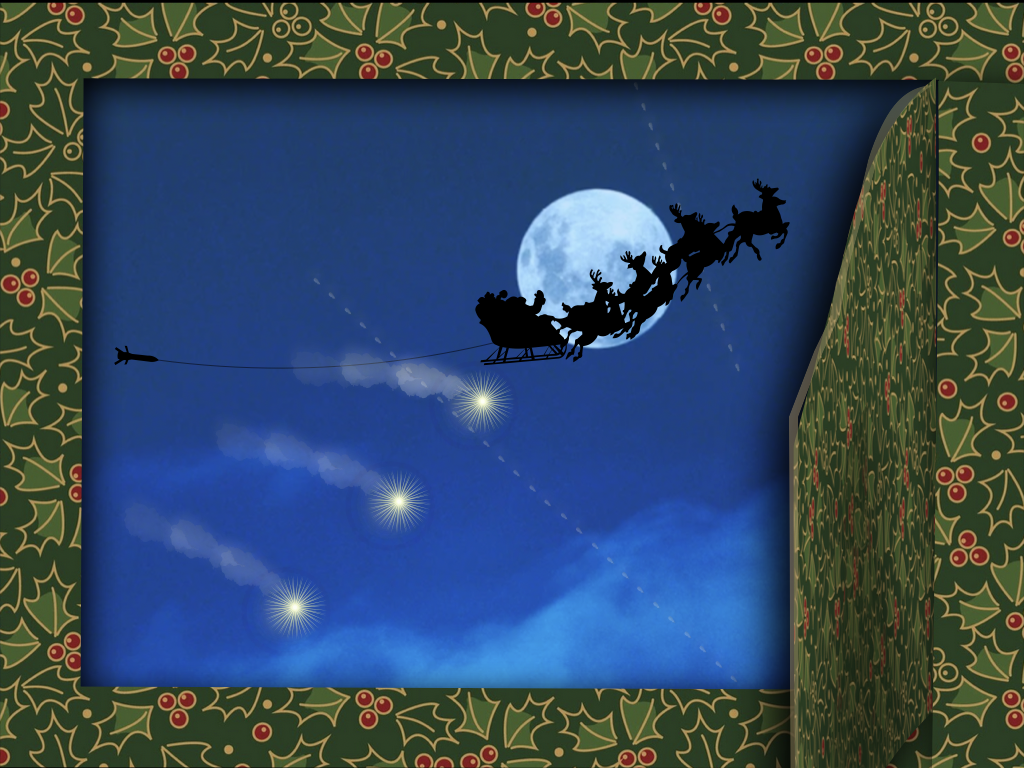 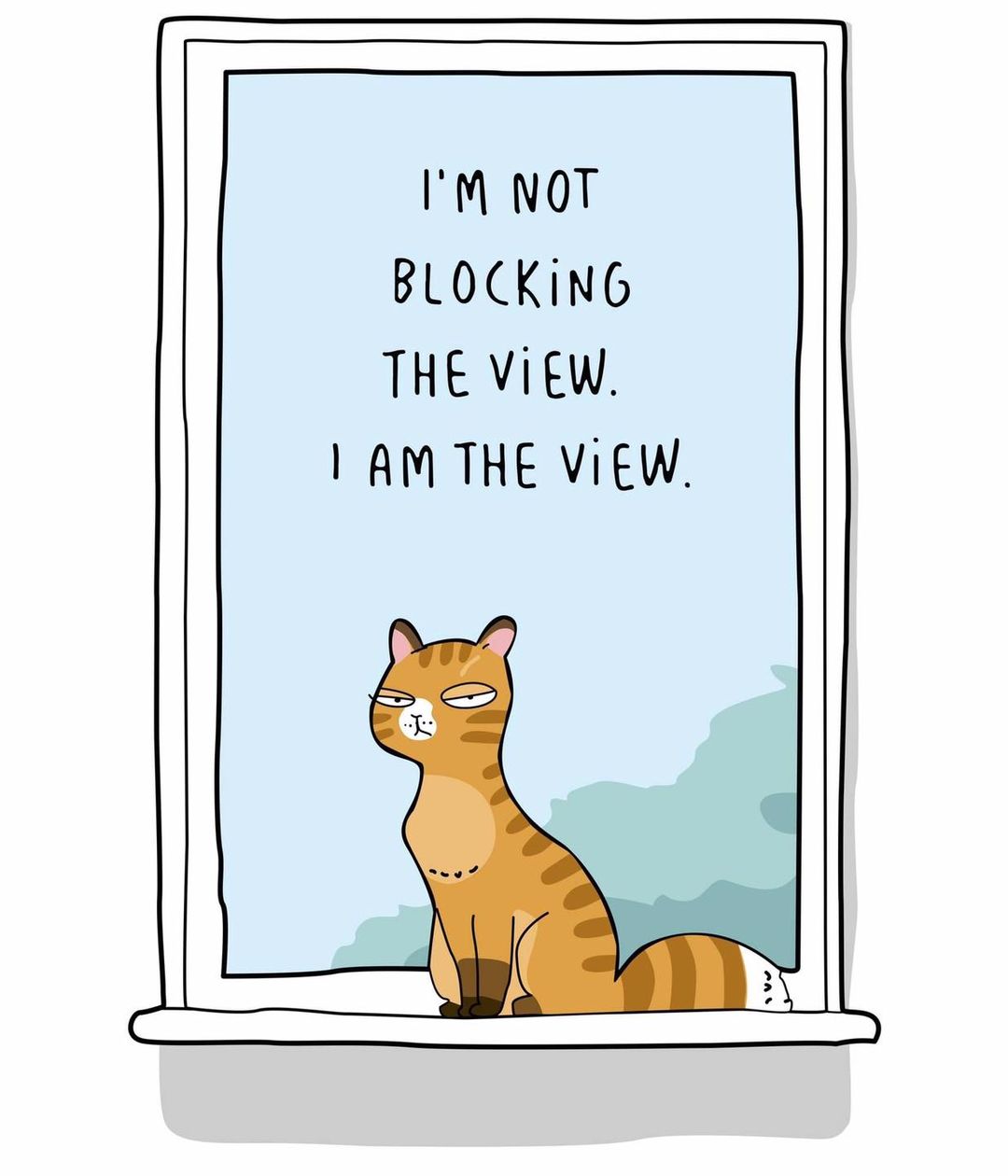 From Malcolm: A kid who, amazingly young, produces great art out of wire:

The two people I “follow” on Twitter for humor (and by “follow” I mean “go and look at their feeds”) have gone largely silent: The Tweet of God and Titania McGrath. And so we begin with Masih, who runs not a funny site but a passionate and compassionate one, fighting for the civil rights of Iranians, especially women:

I received these photos from an Iranian girl. This is what the regime’s militia did to her after one night of protest. “I will go and protest again. We don’t want this regime. We’re not scared anymore. They should be scared”#IranRevolution pic.twitter.com/xyQWLLnrAB

From Simon and Smith Powell: a Biblical AI song about ducks, and it’s not half bad. Amazing what computers can do!

I asked an AI to write a Bible song about ducks and I'm laughing so hard now I can't breathe pic.twitter.com/Tjhrlvg2lh

From Malcolm; what a lovely way to show the Earth’s rotation!

Photographer uses a gyroscopic camera to capture a video of the earth’s rotation.. 🌎

From Barry, who says “this cat proves to be a surprisingly competent piano player”. Sound up, of course, and click on “Watch on Twitter”:

From the Auschwitz Memorial: a Norwegian Jew marched to his death.

In November 1942 he was deported to #Auschwitz. He perished during the evacuation march from Mittelbau-Dora in 1945. pic.twitter.com/biokYOfN38

And some tweets from Manchester Uni’s renowned Professor Cobb.  Speaking of ducks, here’s some convergent evolution.

From the ScienceNews summary:

Natovenator polydontus may be the first known nonbird dinosaur to have possessed a streamlined body comparable to that of modern diving birds, researchers report December 1 in Communications Biology. Natovenator and other closely related dinosaurs may have been swimming predators, the researchers say, challenging the popular notion that all dinos were landlubbers.

Natovenator was small like a duck and probably used its forelimbs when swimming, says Yuong-Nam Lee, a vertebrate paleontologist at Seoul National University in South Korea. “We think that Natovenator lived in shallow water and ate small fish,” he says.

This dinosaur may have had a body like a duck's https://t.co/wfg8OWgf8s

Of this census of Jews in England and Wales, Matthew says, ”

Surprised it is so few. I had never thought about it but I suppose I would have guessed around a million. Not sure why.

Maybe because NOBODY THINKS ABOUT THE JEWS! 🙂

Thanks to our star reporters in @SinaiSchool's nursery class for helping us report this week's big news… (Ed: I'll get my coat…) #Census2021#UK #TomorrowsPapersToday pic.twitter.com/fALdFdv1jt

I love this one: