Welcome to Wednesday, November 23, 2022, a Hump Day, or “Maalinta Hump”, as they say in Somali. It’s also National Espresso Day, in honor of which I’ll post my own machine. Turning it on is the first act I do every day when I arrive at the office. I could not function without it: 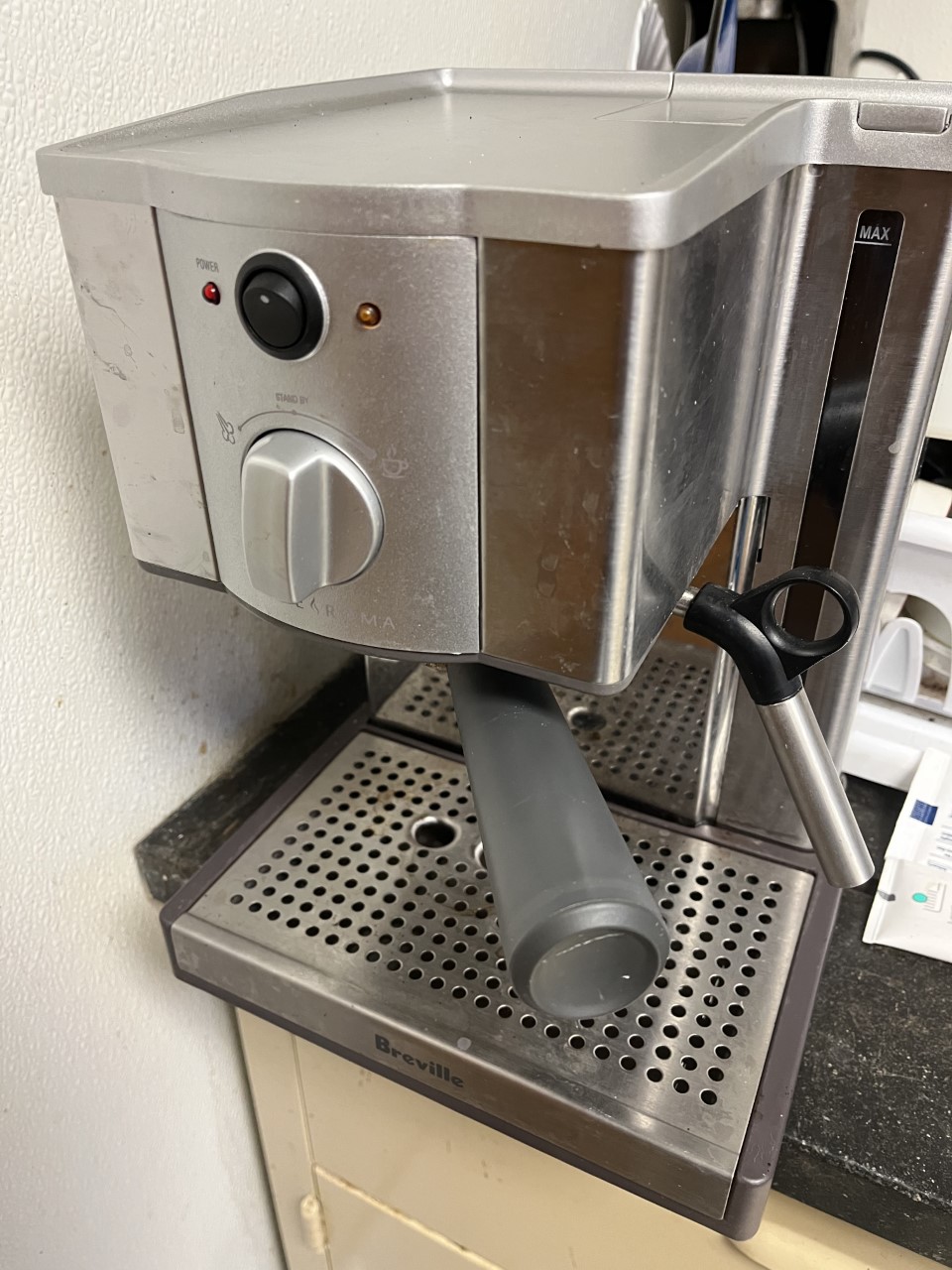 It’s also National Cashew Day (AGAIN?), Eat a Cranberry Day (remember, just one), Blackout Wednesday, when many people get hammered the night before Thanksgiving, and Fibonacci Day (the date, 11/23, is also the first four numbers in the Fibonacci sequence).

Today’s Google Doodle (click on screenshot) celebrates Myrtle Gonzalez (1891-1918), described in Wikipedia as “an American actress. She starred in at least 78 silent era motion pictures from 1913 to 1917, of which 66 were one and two-reel shorts. She is regarded as Hollywood’s first Latin and Hispanic movie star actress.”  She died at only 27 of the Spanish flu.

Here’s a short bio from Google:

Readers are welcome to mark notable events, births, or deaths on this by consulting the November 23 Wikipedia page.

*Sometimes, like yesterday, the Supreme Court surprises me.  They ruled Tuesday that the Treasury Department had to hand over Trump’s tax returns to a House committee investigating him (I don’t think this is the “January 6 committee” but the House Ways and Means Committee). Remember when The Donald promised during the last campaign that he’d turn over his returns tout suite? What a crock! From the NYT:

The Supreme Court on Tuesday cleared the way for a House committee to receive former President Donald J. Trump’s tax returns, refusing his request to block their release in the waning weeks of Democratic control of the chamber.

The court’s order, which was unsigned and did not note any dissents, is the most recent instance in which it has sided against Mr. Trump, who appointed three justices to the bench. The decision means that the Treasury Department is likely to soon turn over Mr. Trump’s financial documents to the House, which has been seeking them since 2019.

Mr. Trump’s legal team had urged the justices to extend a lower court’s stay as it pursued an appeal before the Supreme Court, saying the House’s request raised issues that were too important to let the Treasury Department turn over his files before they were resolved.

But Douglas N. Letter, the chief lawyer for the House, urged the Supreme Court not to intervene, pointing to a new Congress in January. Any further delay “would leave the committee and Congress as a whole little or no time to complete their legislative work,” he wrote in a brief earlier this month.

In a terse order, the Supreme Court said it was denying Mr. Trump’s application for a stay. It did not include any legal reasoning for the decision.

Trump will surely be ranting on TruthSocial about this, but when I tried to see, I found that you have to joint the platform to see Trump’s emissions there, and I couldn’t be arsed to join.

*Now that Russia has bombed or missiled much of Ukraine’s civilian infrastructure, the country, not known for its temperate climate, is preparing for a long, cold winter. The AP’s story is called “‘Stock up on blankets’: Ukrainians brace for a horrific winter.”

Ukrainians could face rolling blackouts from now through March amid frigid, snowy weather because Russian airstrikes have caused “colossal” damage to Ukraine’s power grid, officials said. To cope, authorities are urging people to stock up on supplies and evacuate hard-hit areas.

Sergey Kovalenko, the CEO of private energy provider DTEK Yasno, said the company is under instructions from Ukraine’s state grid operator to resume emergency blackouts in the areas it covers, including the capital Kyiv and the eastern Dnipropetrovsk region.

“Although there are fewer blackouts now, I want everyone to understand: Most likely, Ukrainians will have to live with blackouts until at least the end of March,” Kovalenko warned on Facebook.

“We need to be prepared for different options, even the worst ones. Stock up on warm clothes and blankets. Think about what will help you wait out a long shutdown,” he told Ukrainian residents.

Russia has launched six massive aerial attacks against Ukraine’s power grid and other infrastructure since Oct. 10, as the war approaches its nine-month milestone. That targeted onslaught has caused widespread blackouts and deprived millions of Ukrainians of electricity, heat and water.

Temperatures commonly stay below freezing in Ukraine in the winter, and snow has already fallen in many areas, including Kyiv. Ukrainian authorities have started evacuating civilians from recently liberated sections of the southern Kherson and Mykolaiv regions out of fear that the winter will be too hard to survive.

Now’s the time for NATO to chip in and buy a gazillion warm sleeping bags for Ukraine.

*It’s World Cup time, and though I’m not nearly as excited about it as about previous ones, I was stunned to hear today that Saudi Arabia, which had played only a handful of games in the World Cup in its history, beat Argentina, one of the favored teams, by a score of 2-1.

Many had expected the South American team, ranked third in the world, unbeaten for three years and among the favorites to win the tournament, to sweep aside its opponent, ranked 48 places below it in the world rankings.

All the pre-match talk focused on Messi, one of the greatest players ever who is playing in what is likely to be his last World Cup. The Argentina captain scored an early penalty to put his side in the lead, but two second-half goals from Saleh Al-Shehri and Salem Al Dawsari turned the game on its head.

The thousands of Saudi fans inside the Lusail Stadium couldn’t believe what they were watching as they celebrated their unexpected victory.

Such a comeback hadn’t looked remotely possible for much of the match. Argentina controlled the game after taking the lead but whatever Saudi manger Hervé Renard said at halftime worked. His team came out with a new-found belief and stood toe-to-toe with Argentina’s world-class team.

. . .Both sets of players sunk to their knees, from disbelief and exhaustion. Messi, who so many had come see play, looked distraught as he walked off with Saudi fans cheering his name ironically.

According to sports data group Gracenote, which is a Nielsen company, Tuesday’s result was the biggest upset in the history of the competition.

“The most surprising World Cup win ever according to Gracenote was USA’s victory over England in 1950 with a 9.5% chance of victory for the US team but Saudi Arabia’s chance of victory today was estimated at 8.7% so takes over at number one,” it said in a statement.

Here are five minutes of highlights: note that Argentina scored three DISALLOWED goals, with its only point scored by Messi on a penalty kick. The Saudi Arabia keeper played great, saving the victory for his team. This is surely one of the biggest upsets in World Cup history.

Poor Messi!  The Washington Post has an article listing the biggest upsets in World Cup history

*According to the Wall Street Journal, the Iranian theocratic regime, after two months of widespread protests that began with a woman beaten to death for a badly-worn hijab, is at the same time brutally putting down the protests but appealing to moderates to use their influence.

As antigovernment protests swept across Iran last month, its top leaders made a secret appeal to two of the Islamic Republic’s founding families, the moderate Rafsanjani and Khomeini clans that hard-liners had pushed out of power, said people familiar with the talks.

Iran’s national-security chief, Ali Shamkhani, asked representatives of the families to speak out publicly to calm the unrest. If that happened, he said, liberalizing measures sought by demonstrators could follow, the people said.

The families refused, the people said.

Iran’s Supreme Leader Ali Khamenei and his inner circle face a quandary after two months of nationwide protests. Their purges of prominent rivals and reformists from the government in recent years have narrowed their options for putting down one of the most serious internal challenges to their rule in the clerical regime’s 43-year history.

Support for the protests has been fueled by anger at an economy racked by sanctions and inflation, at laws requiring women to cover their heads in public, and at a government that has excluded moderates from its ranks, senior Iranian reformists have said. Moderates were once an integral part of Iran’s Islamic system of governance, and are now growing more aligned with protesters’ calls for the system to be tor down.

I hope the whole corrupt, oppressive, misogynistic and homophobic theocracy crumbles into ruins, and I hope that happens without too many Iranians being killed. This has gone far further than I imagined, or hoped, but I don’t think the protests will stop. The Iranian people are thirsty for freedom.

Did you see the very first game of the World Cup? Ecuador beat Qatar, the very first time in history that a host country lost the opening match. The Ecuadorian fans held their own little anti-theocracy protest….They all chanted in unison  “We want beer! We want beer”. It was pretty funny. See 0:19 here:

A: What are you doing?
Hili: I’m waiting for the fall of Putin and others. 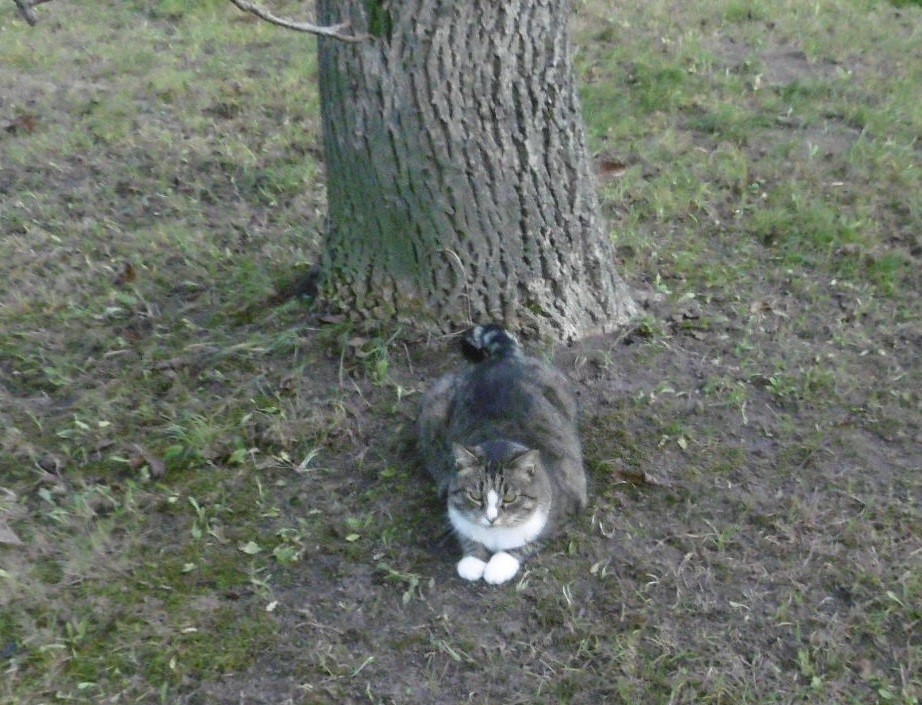 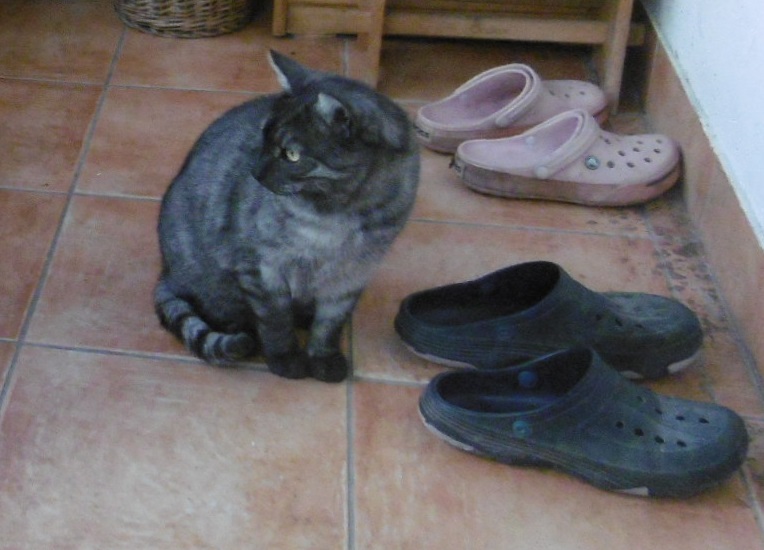 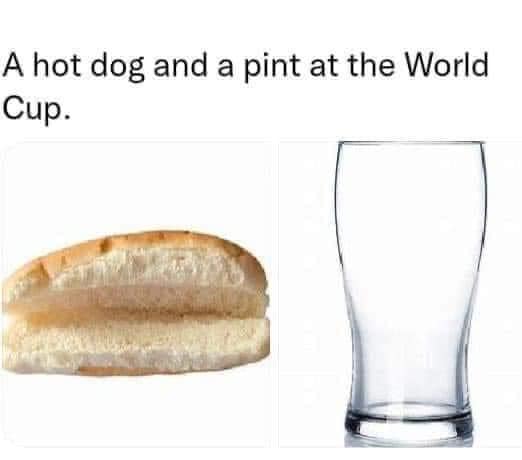 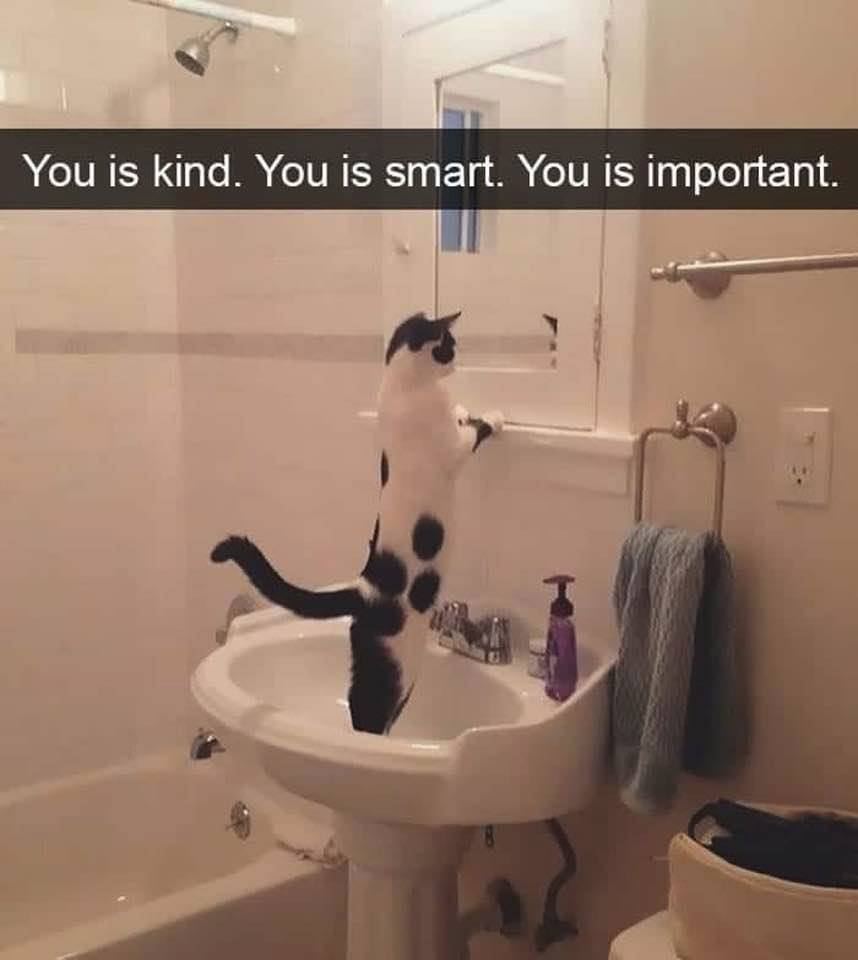 I was sent this as an identified cartoon, but it looks like an xkcd cartoon by Randall Munroe: 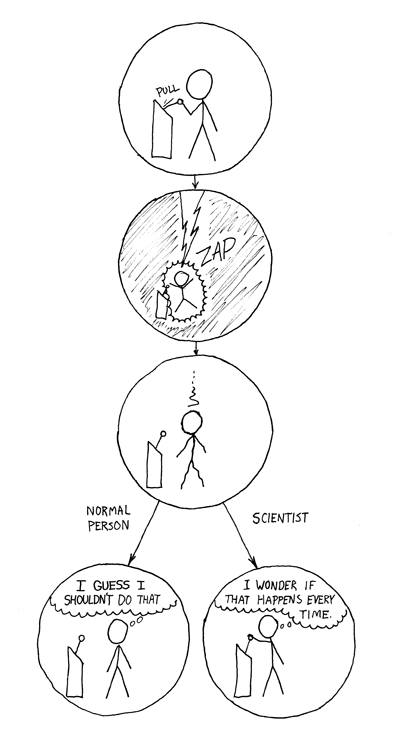 God is busy on Mastodon today, so we’ll have two tweets about Iran from Masih:

Ghazal Ranjkesh is a law student from the city of #BandarAbbas. While en route to work from home, she was shot by the Islamist regime’s police and lost one eye. The Islamist regime in Iran is an occupying force. #IranRevolution pic.twitter.com/ctppKgDbJI

So powerful. This is Tehran today. Iranian uprising continues into the third month.
The more the Iranian regime jails, hangs and kills, the more the people get determined to end Islamic Republic.
The world must be prepared to see a secular democratic Iran. #MahsaAmini pic.twitter.com/5ike1EraFj

From Malcolm: four videos in one  showing Kurds protesting the Iranian regime. Click on screenshot to go to tweet: 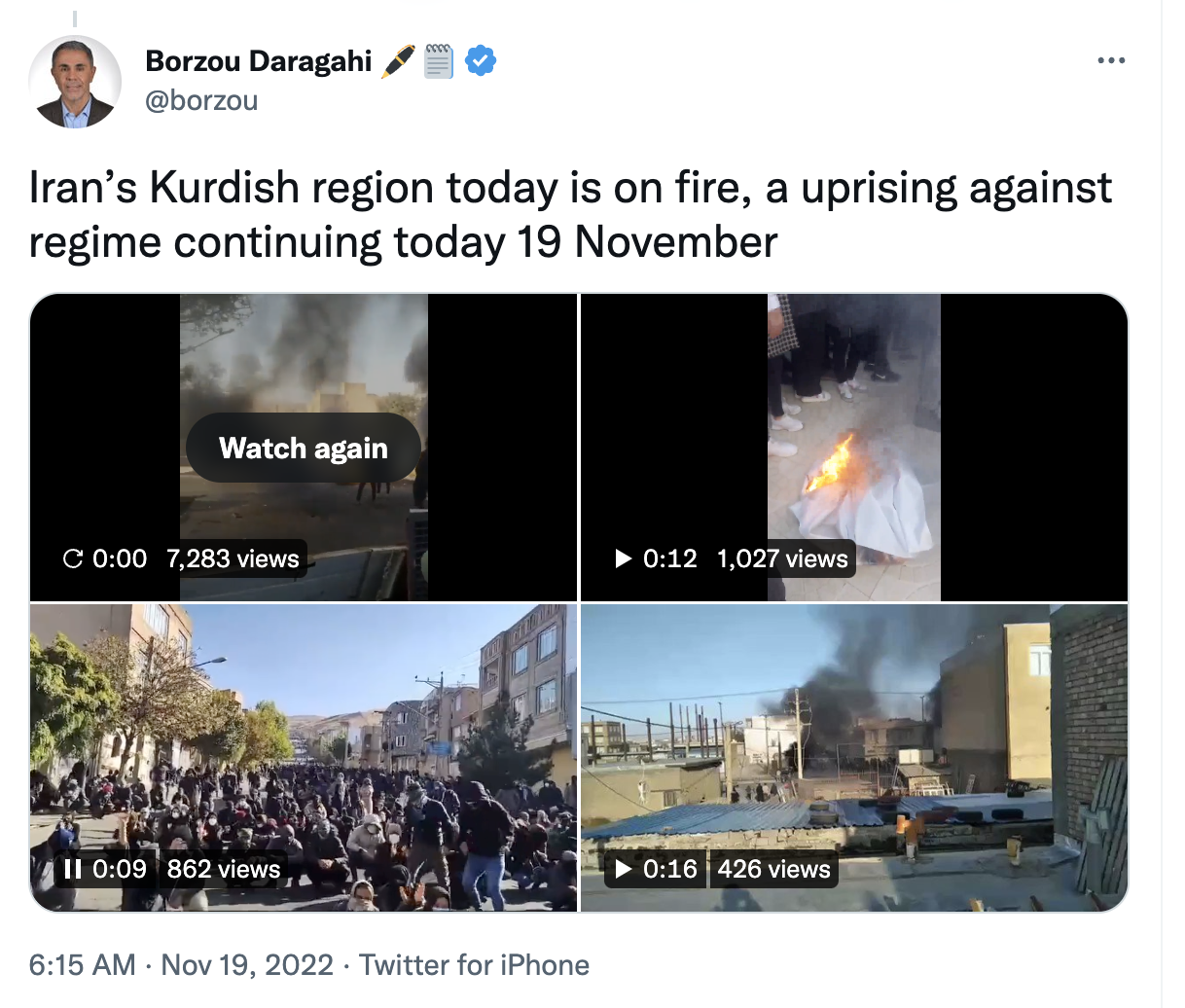 From Barry. I know I’ve shown this before, but you can’t see “dreaming cat crashes his bike” too often!

He crashed his bike.. 😂 pic.twitter.com/yH8HOWIjVr

From the Auschwitz Memorial, a boy dead at 14

In February 1943 he was deported to #Auschwitz. He did not survive. pic.twitter.com/rRNcmM60bl

Tweets from Matthew. I happen to know that this first one is absolutely true! (See below.)

omg at the height of his career, jazz musician charles mingus wrote an entire book about cat toilet training pic.twitter.com/0ZZZJAPyp3 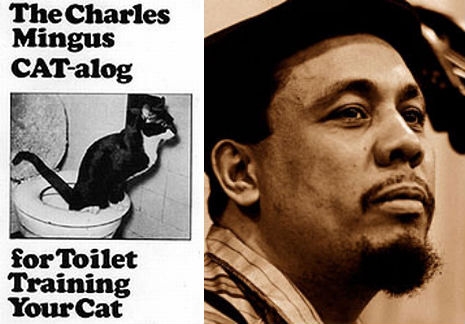 Did they train the monkey to snap the beans? And yes, look at its expression during each snap!

The angry little face as the green beans get snapped.

I've been laughing at this for an embarrassingly long time. pic.twitter.com/jnR0P9kdGG

Something hard to see in nature: a platypus doing its thing:

Platypuses, their relatives #echidnas, & one species of #dolphin (the Guiana dolphin) are the only #mammals known to detect electricity ⚡️.
This #platypus is using this adaptation to rootle around in the mud to find worms and crayfish.#fieldwork #Tasmania #WildOz #MammalWatching pic.twitter.com/DweT1FyoGI