Don’t forget to send in your photos, folks!

Today’s photos come from reader Paul Edelman. Paul’s notes and IDs are indented, and you can enlarge his photos by clicking on them.  I’ve put the links to birds on the Cornell site in the introduction.

My daughter and son-in-law gave me a present–the Bird Buddy www.mybirdbuddy.com  The gadget is a bird feeder with a built-in camera that connects to the web.  It will take pictures of the birds that come to the feeder and send them to your phone.  It also attempts to identify them for you.  The app is a bit kludgy and the AI-recognition is not very good (I think they are counting on the users to train it further, which is some of what makes the app itself annoying) but the pictures are really fun and give an unusual view of the birds.  Here are the ones that have come to visit:

The Carolina Chickadee (Parus carolinensis) and the Tufted Titmouse (Parus bicolor) are the most common visitors.  They are both very bold and will eat even when we are puttering around the deck.  The next most common is the House Finch (Carpodacus mexicanus).  We have tons of these, but they seem more interested in the tube-feeders than the Bird Buddy. Occasionally we will see a Northern Cardinal (Cardinalis cardinalis) climb up to it as well.

Less often we have seen the bigger birds: Blue Jay (Cyanocitta cristata), Northern Mockingbird (Mimus polyglottos), and European Starling (Sturnus vulgaris).  They do not sit so comfortably which is fortunate because they eat too much and scare the smaller birds.

I also attach a picture of our newest visitor, the Red-breasted Nuthatch (Sitta canadensis).  These appear rarely in our area and only when their food sources in the Smokey Mountains fall short. He has yet to visit the Bird Buddy but is a regular diner at our tube-feeders.  I am hoping that their irruption signals that other unlikely birds, say Pine Siskins and the like, might also make an appearance. 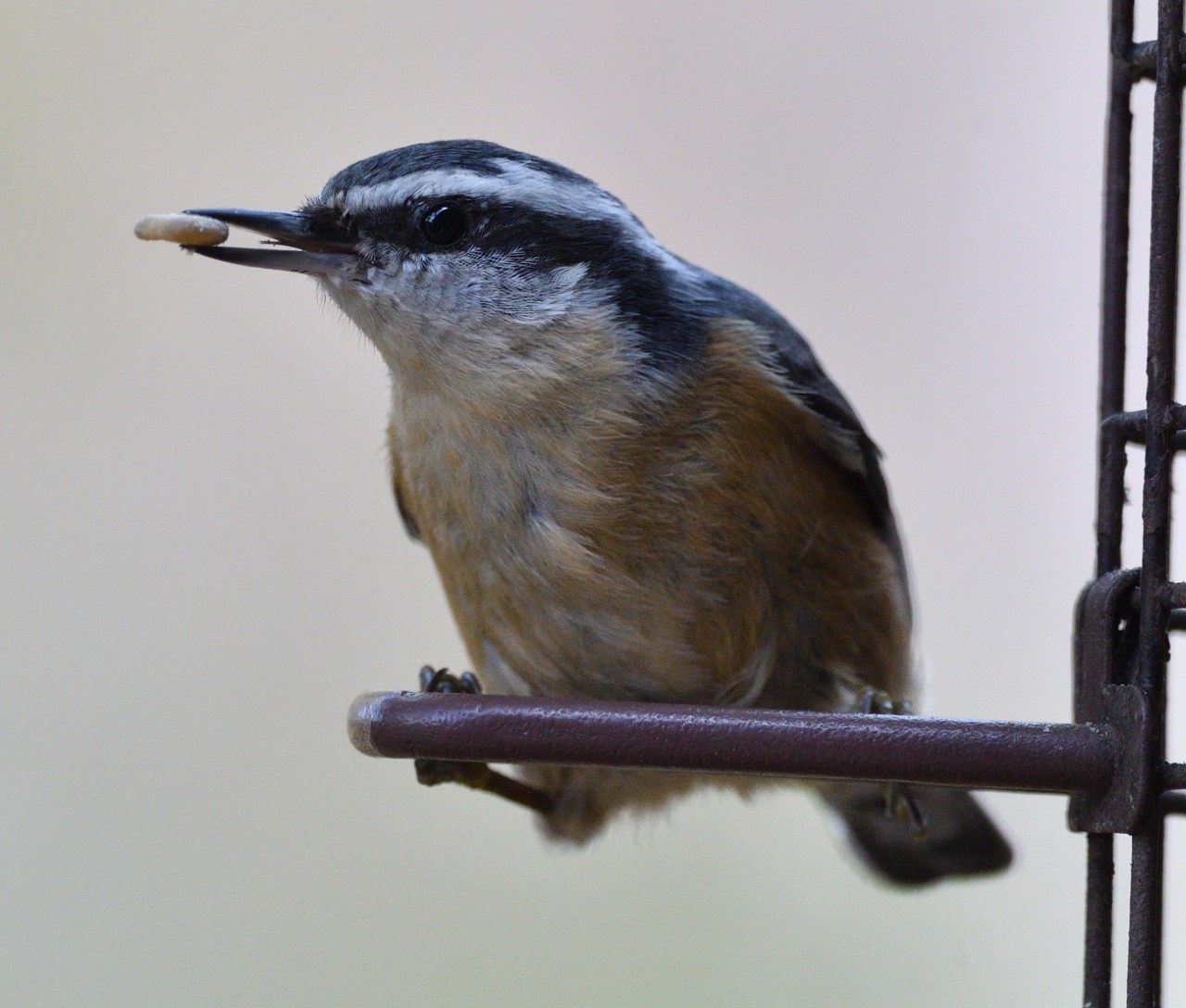 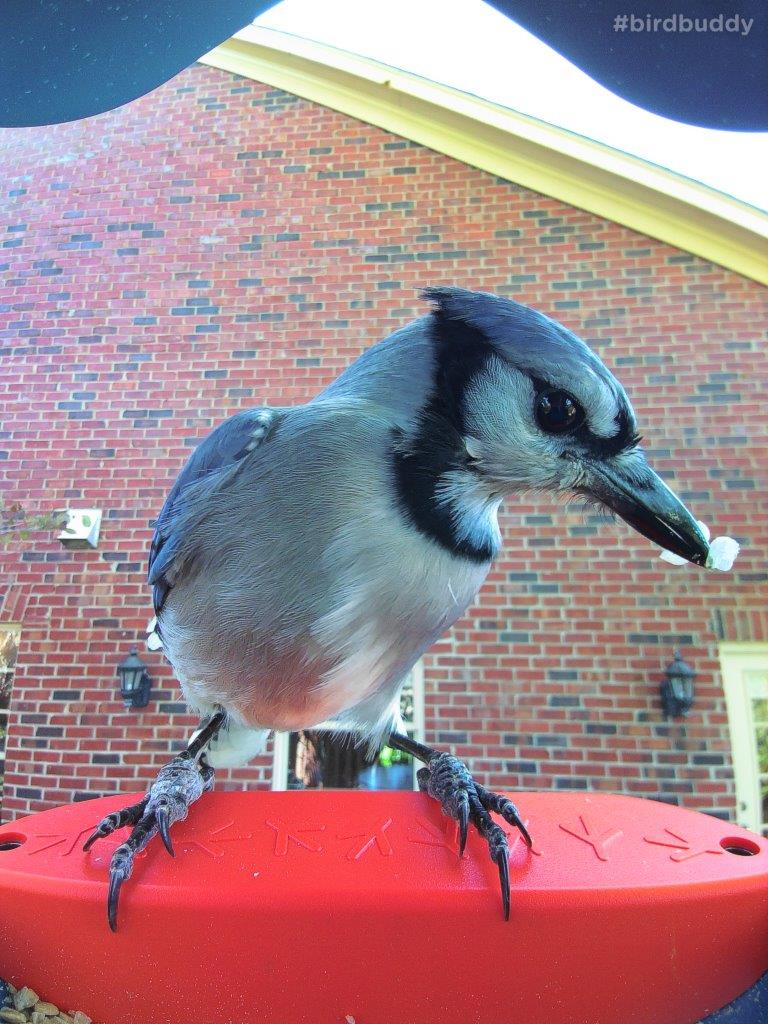 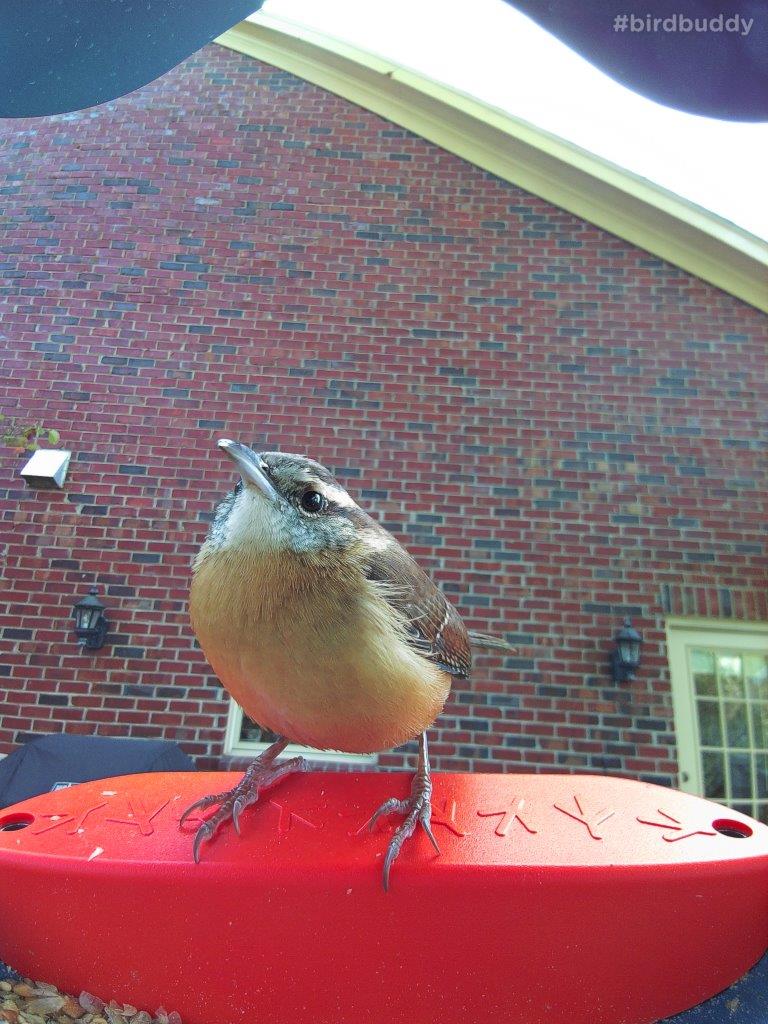 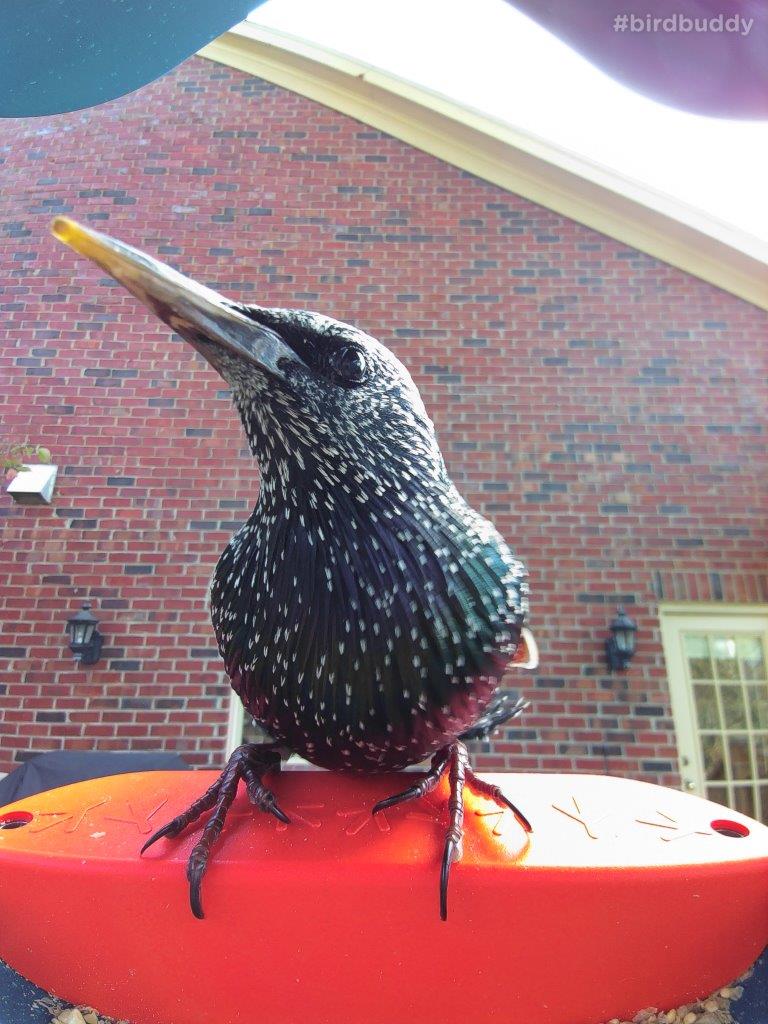 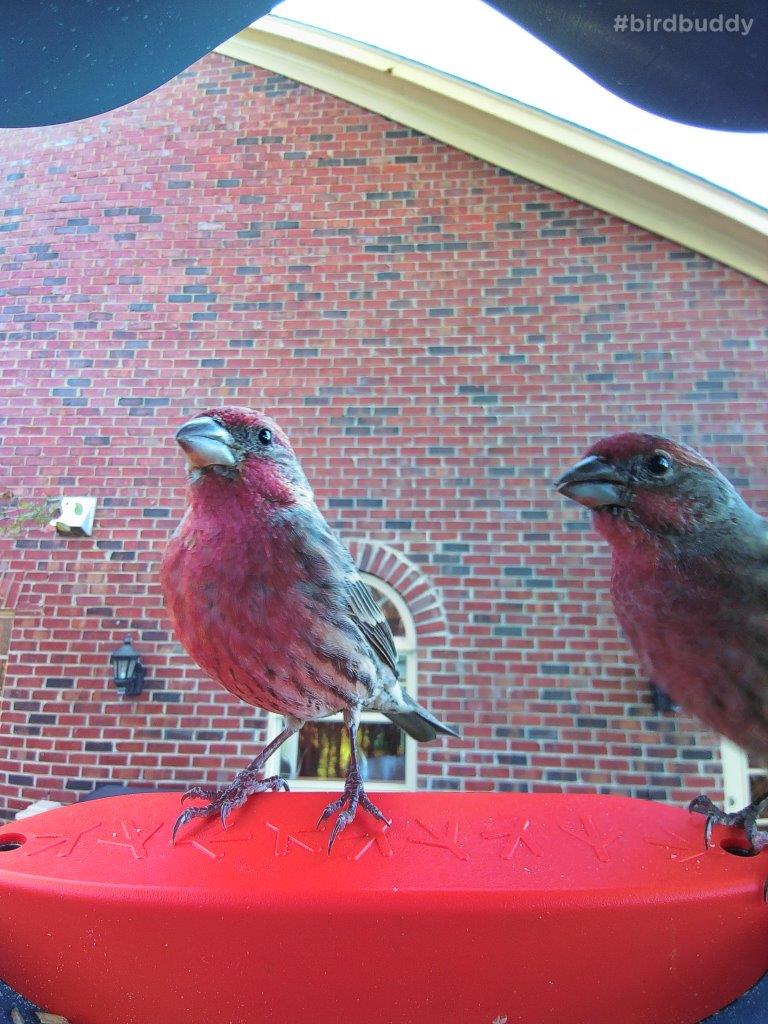 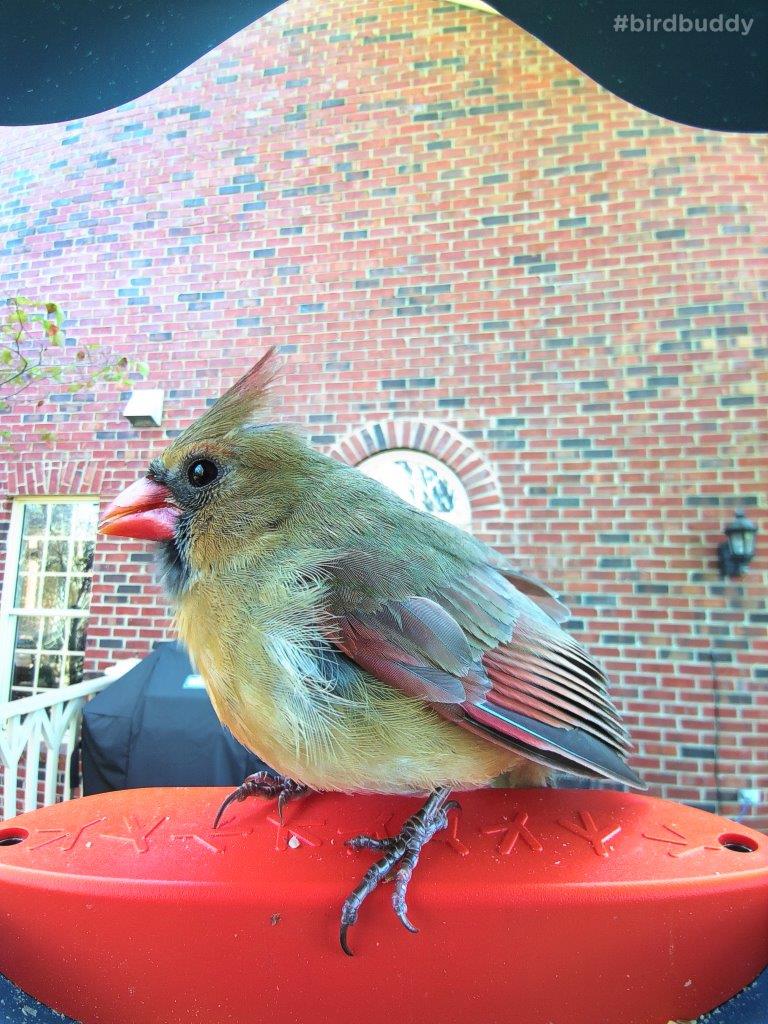 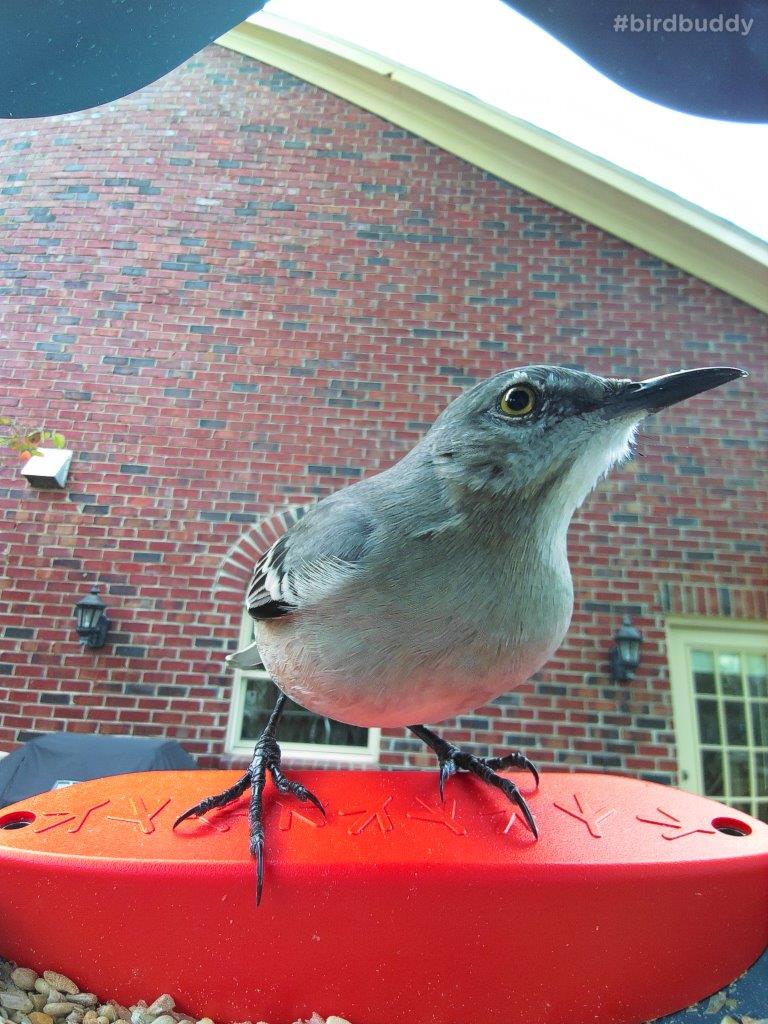 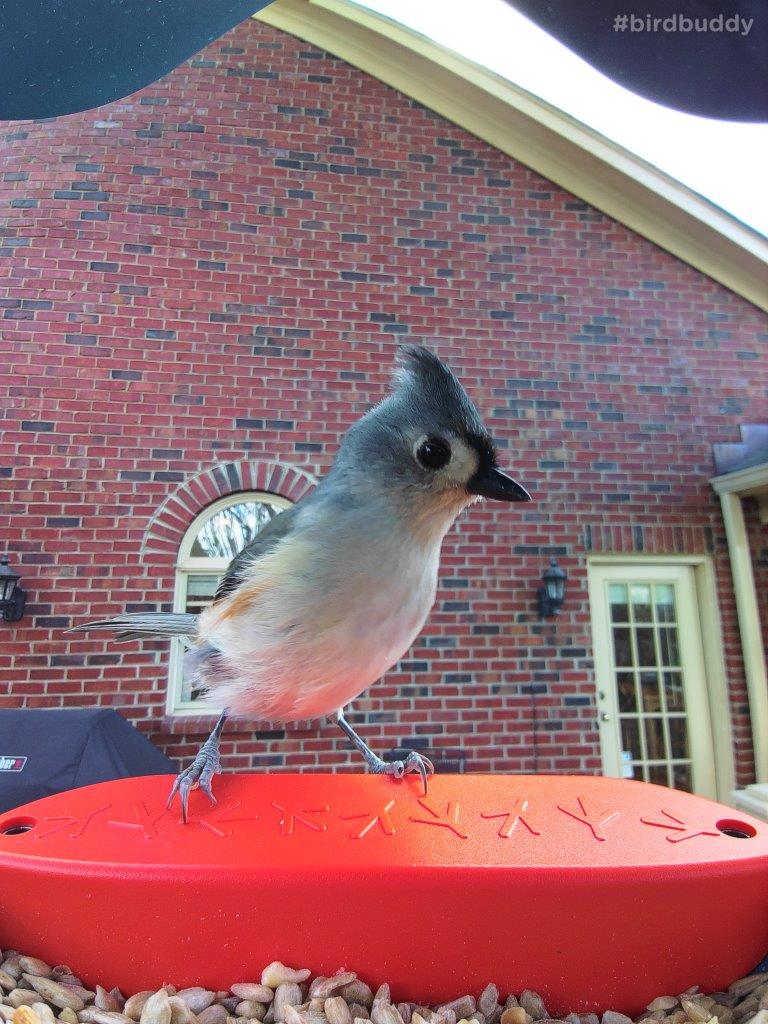 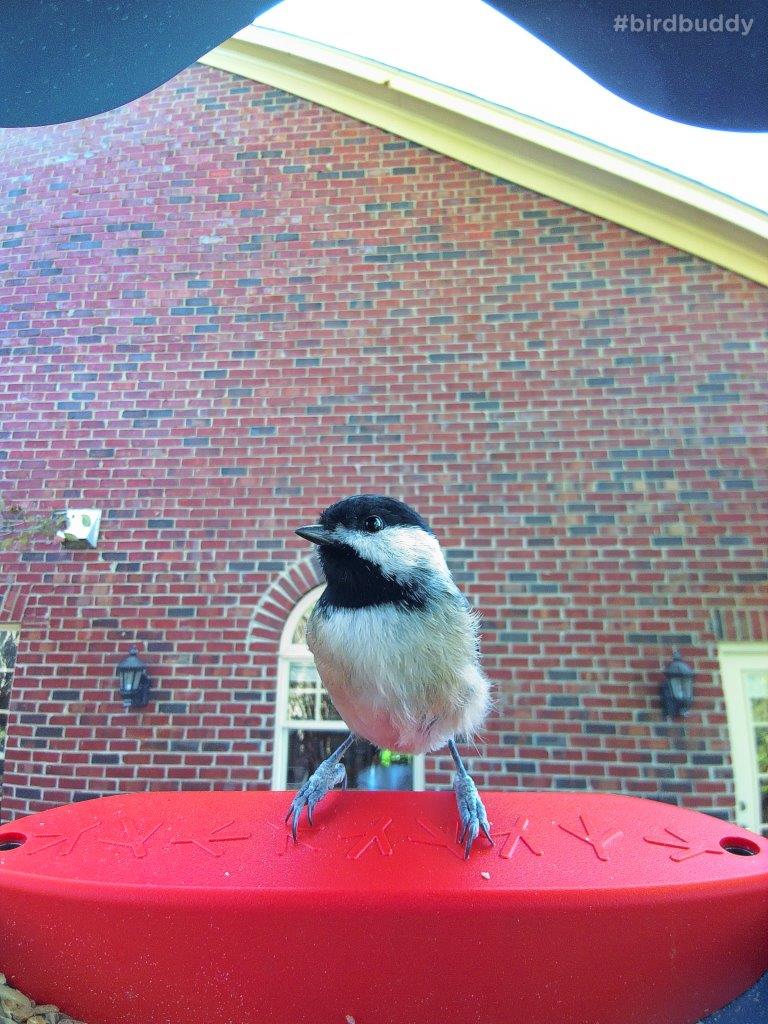