Greeetings on Sunday, Novembe 6, 2022: remember that the time changed last night, so if you didn’t set your clocks back, you missed out on an hour of sleep. I’ll be taking an early flight to Chicago as you read this.

First Hili, and then a few photos of the day. It’s been a long conference but I met some interesting people. The Panel of the Canceled, the last panel of the day, comprising four academics were fired or under severe sanctions for their views, was both scary and sad. But more about that later.

Meanwhile in Dobrzyn, Hili is taking up space:

A: You are sitting on my notebook.
Hili: It doesn’t bother me. 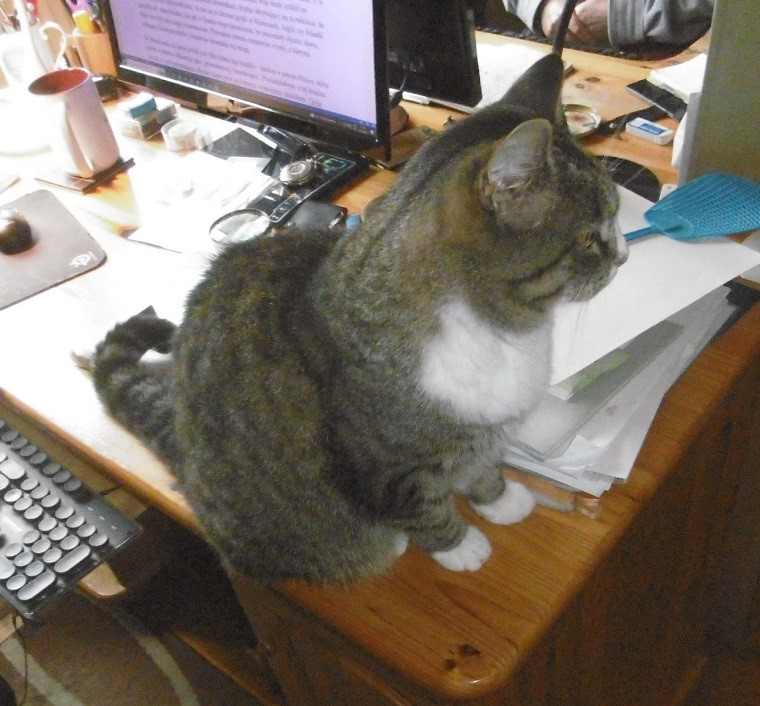 Valeria Heiman was killed in #Auschwitz on 28 May 1944 together with her mother – Sári. pic.twitter.com/HZY8jrXTM8 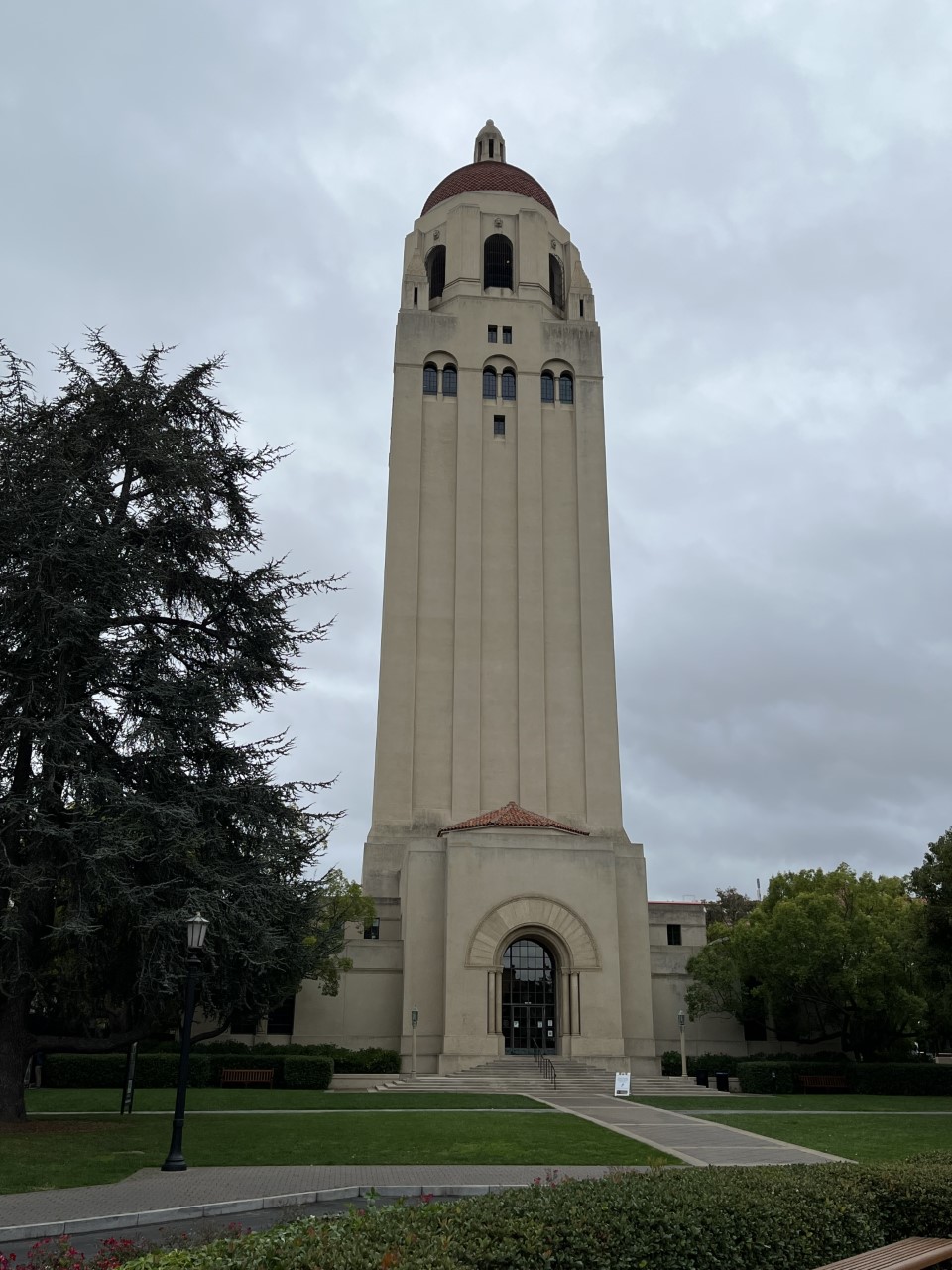 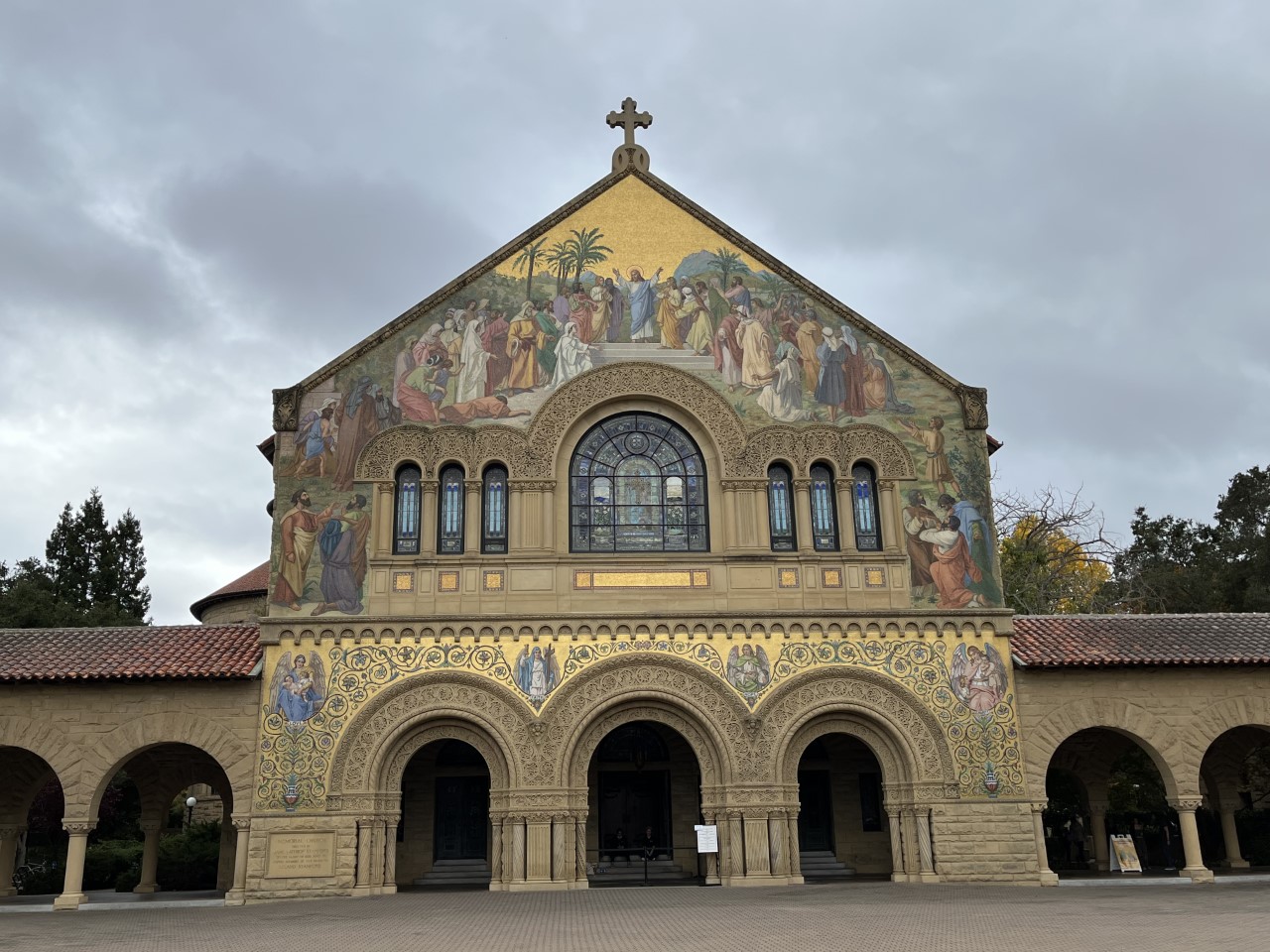 A copy of Rodin’t “Burghers of Calais” at Stanford.  This is not one of the 12 cast originals but a copy. These men surrendered themselves to be executed, wearing nooses around their necks, but, as the story goes, their lives were spared. 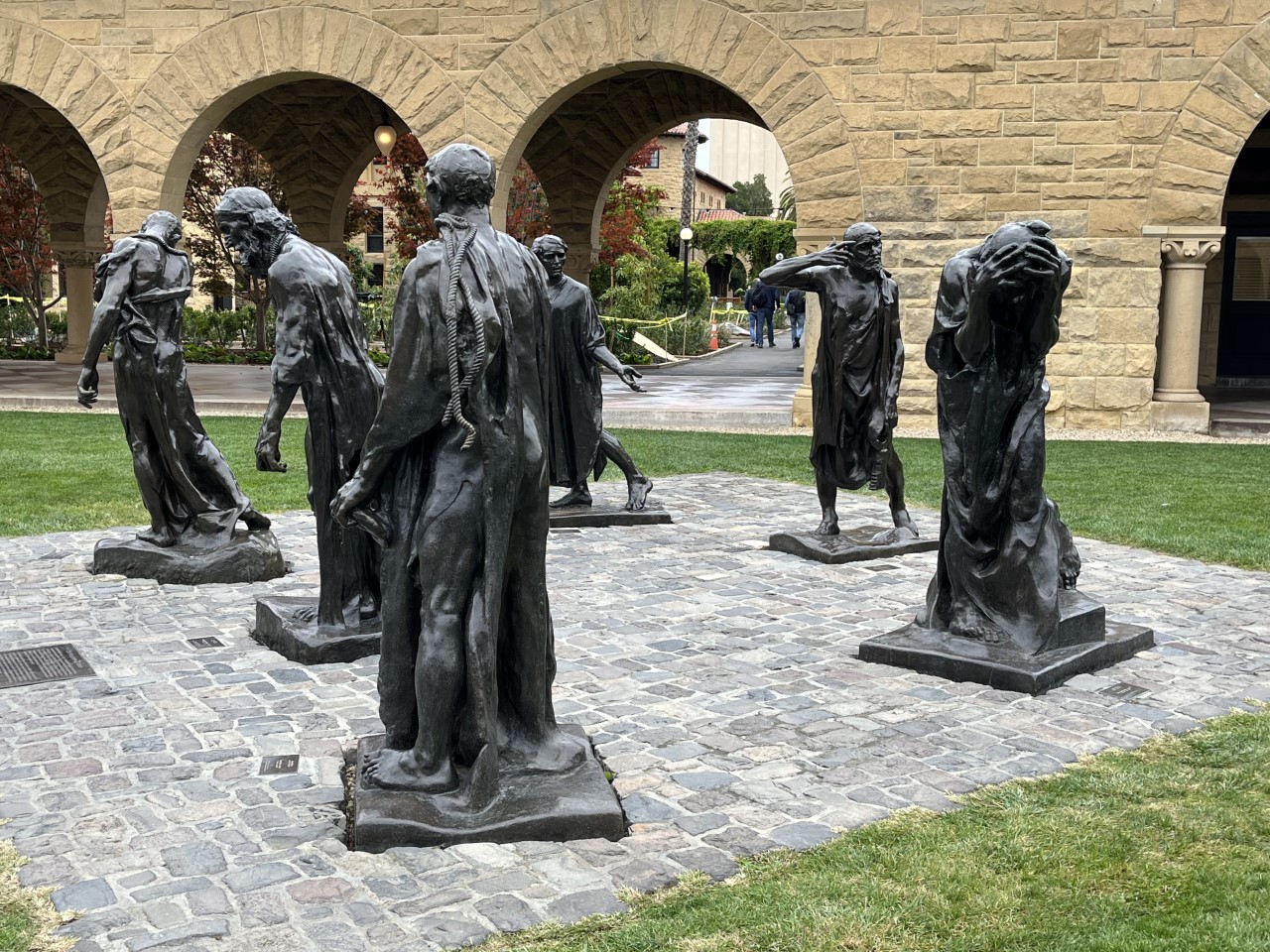 The only student protest of the conference: a few signs painted on the sidewalk. I’m not sure what this means, but the response should be “academic freedom for all academics, and freedom of speech for everyone in college.” 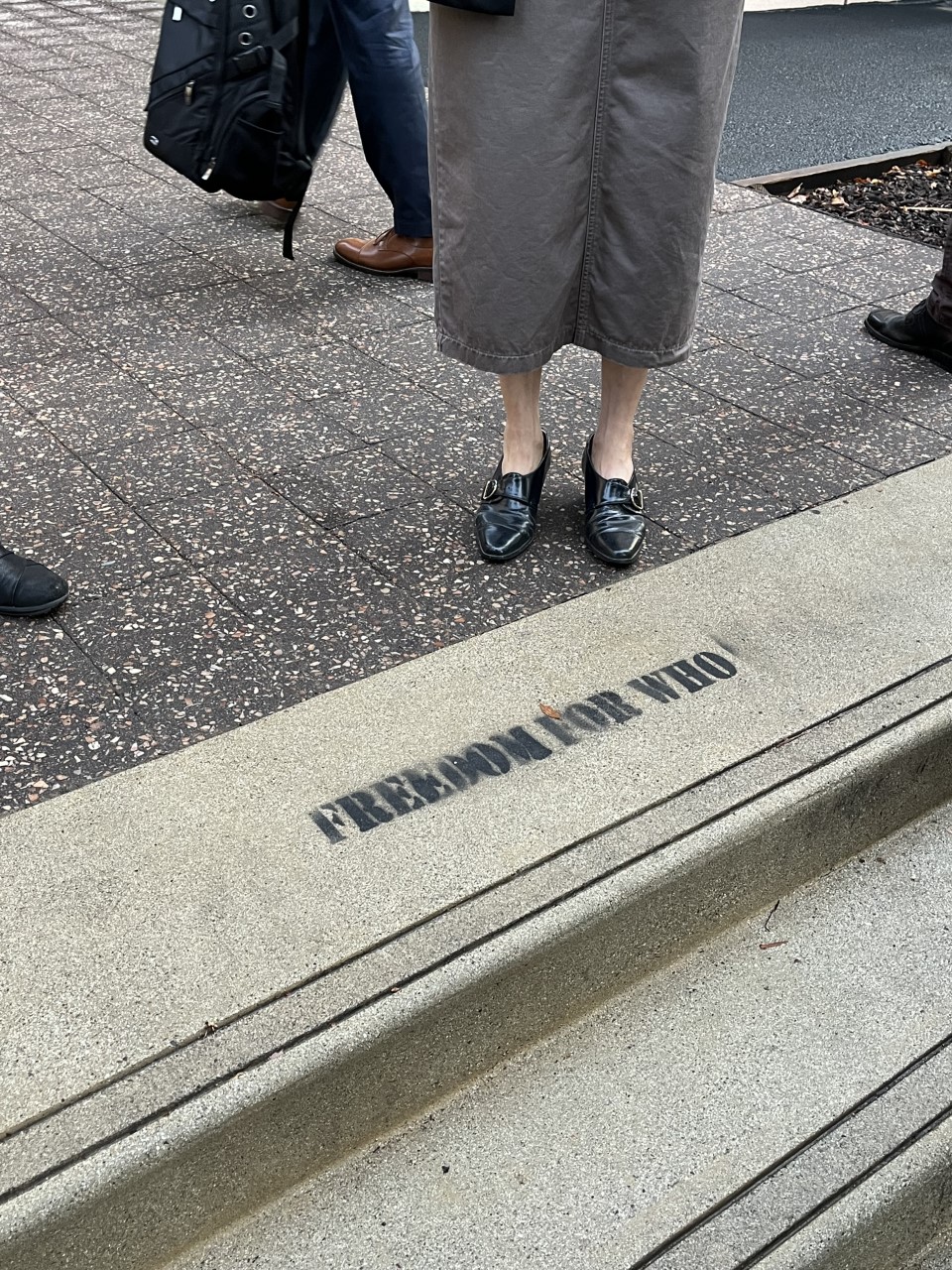 Steve Pinker talked about rationality and academic freedom; his talk was drawn largely from his latest book on rationality but had updated examples relevant to the conference. 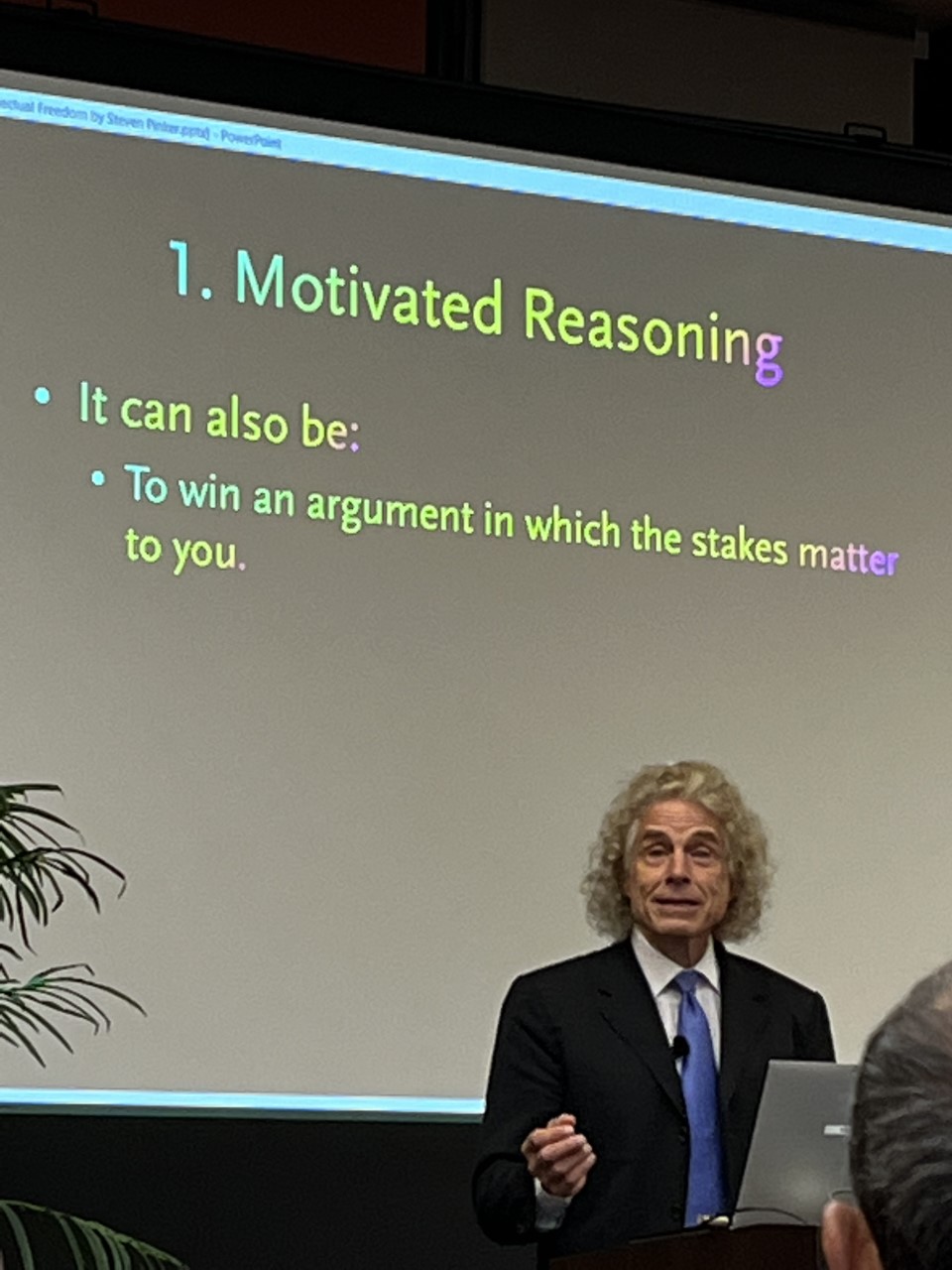 Four ways of looking at Jordan Peterson. Peterson, live on stage had a 45-minute with Douglas Murray, who was on Zoom in England, and it was pretty good, though Jordan got emotional and a bit religious at the end. The subject? “The War on the West.” 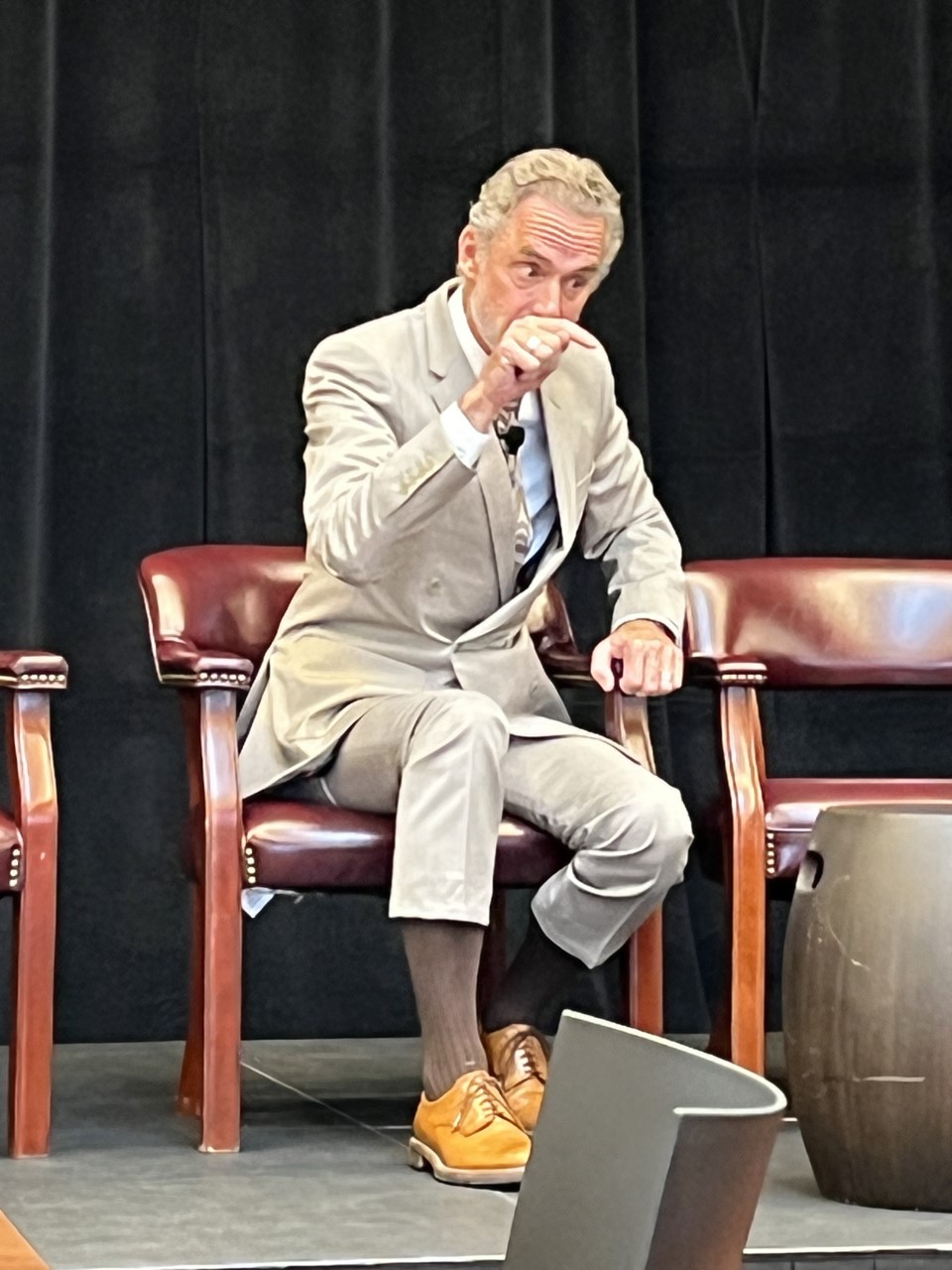 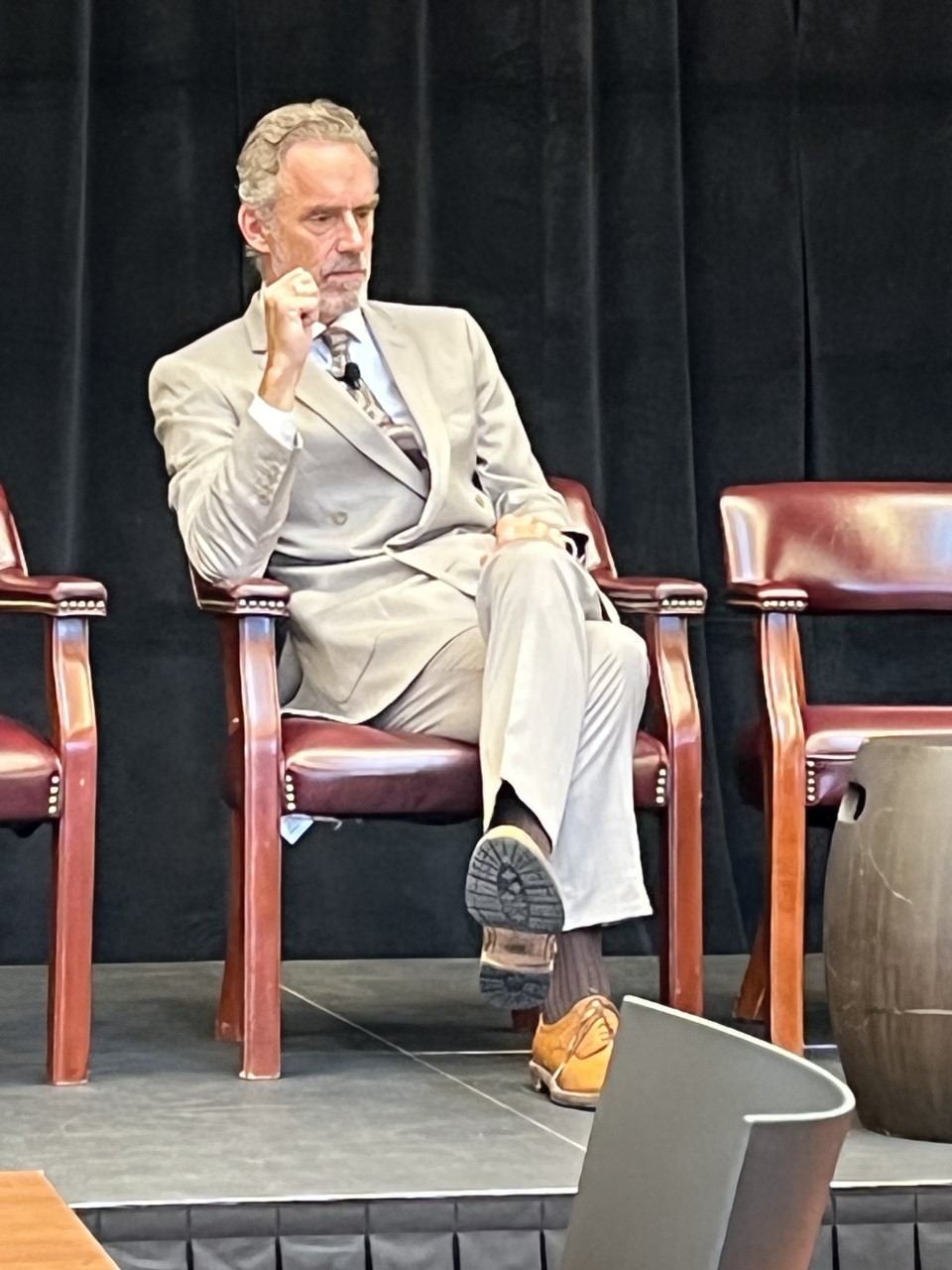 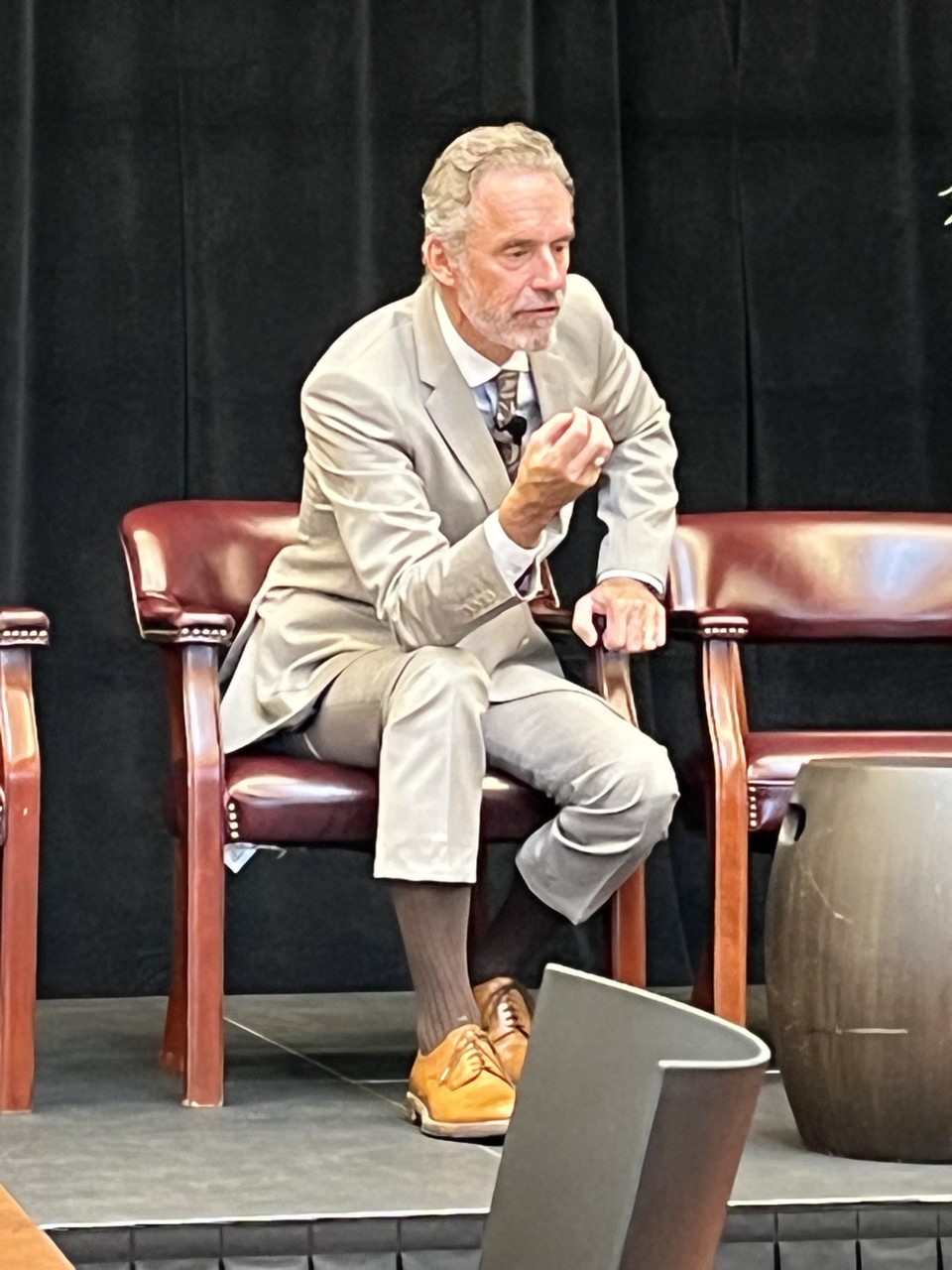 Regardless of what you think of Peterson, you’ve got to hand it to the man: he’s good with words. 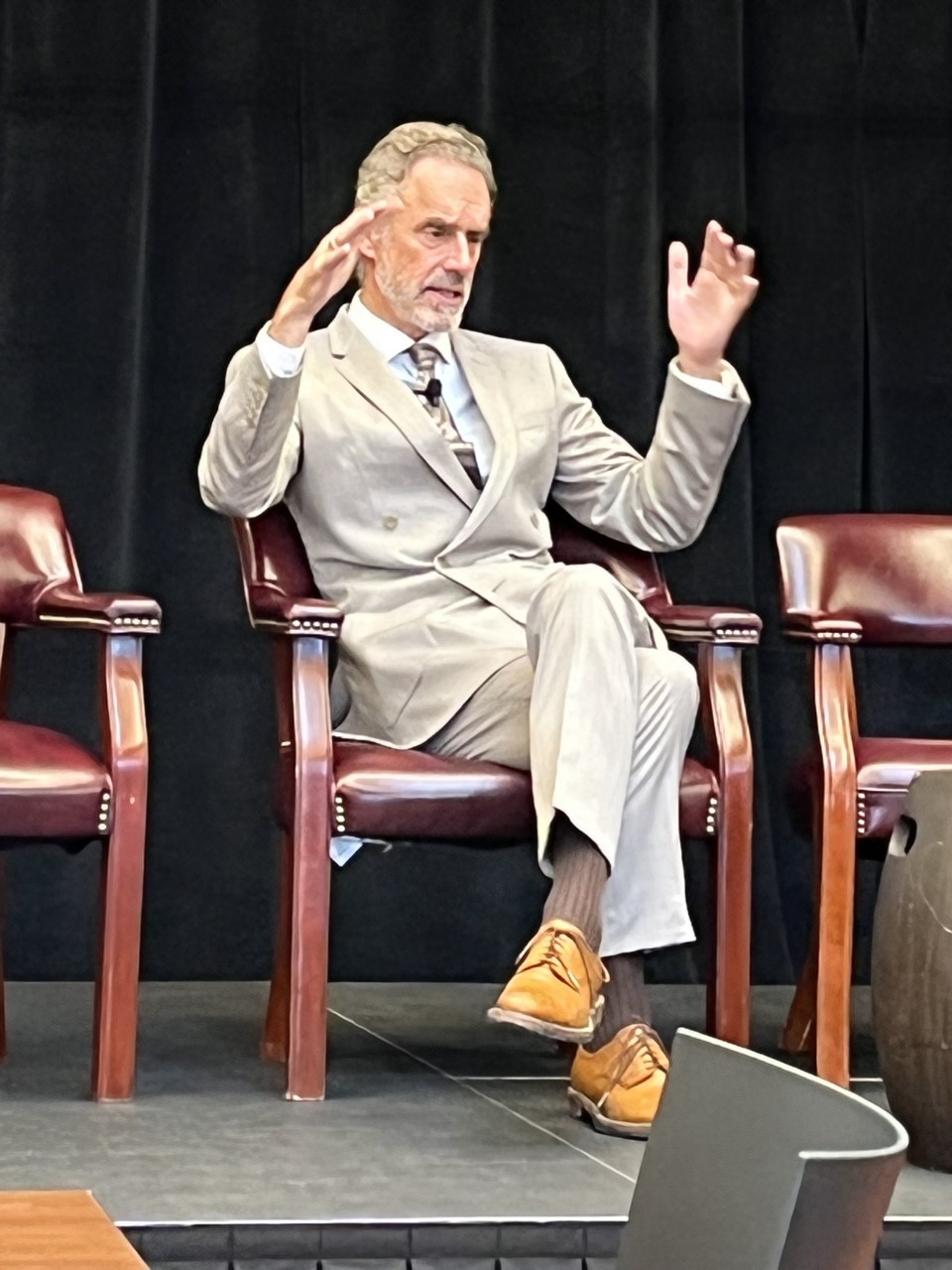 The last panel of the day, “The Cost of Dissent” and a sad one. Four of these academics (on the left side) have either been fired, demonized or sanctioned by their institution, mostly for their words.  Readers can judge their “guilt”, but remember that nobody is supposed to be fired or disciplined for out of the classroom speech. Left to right: Francis Widdowson, Elizabeth Weiss, Amy Wax, Joshua Katz, and moderator Harald Uhlig—a non-canceled colleague. 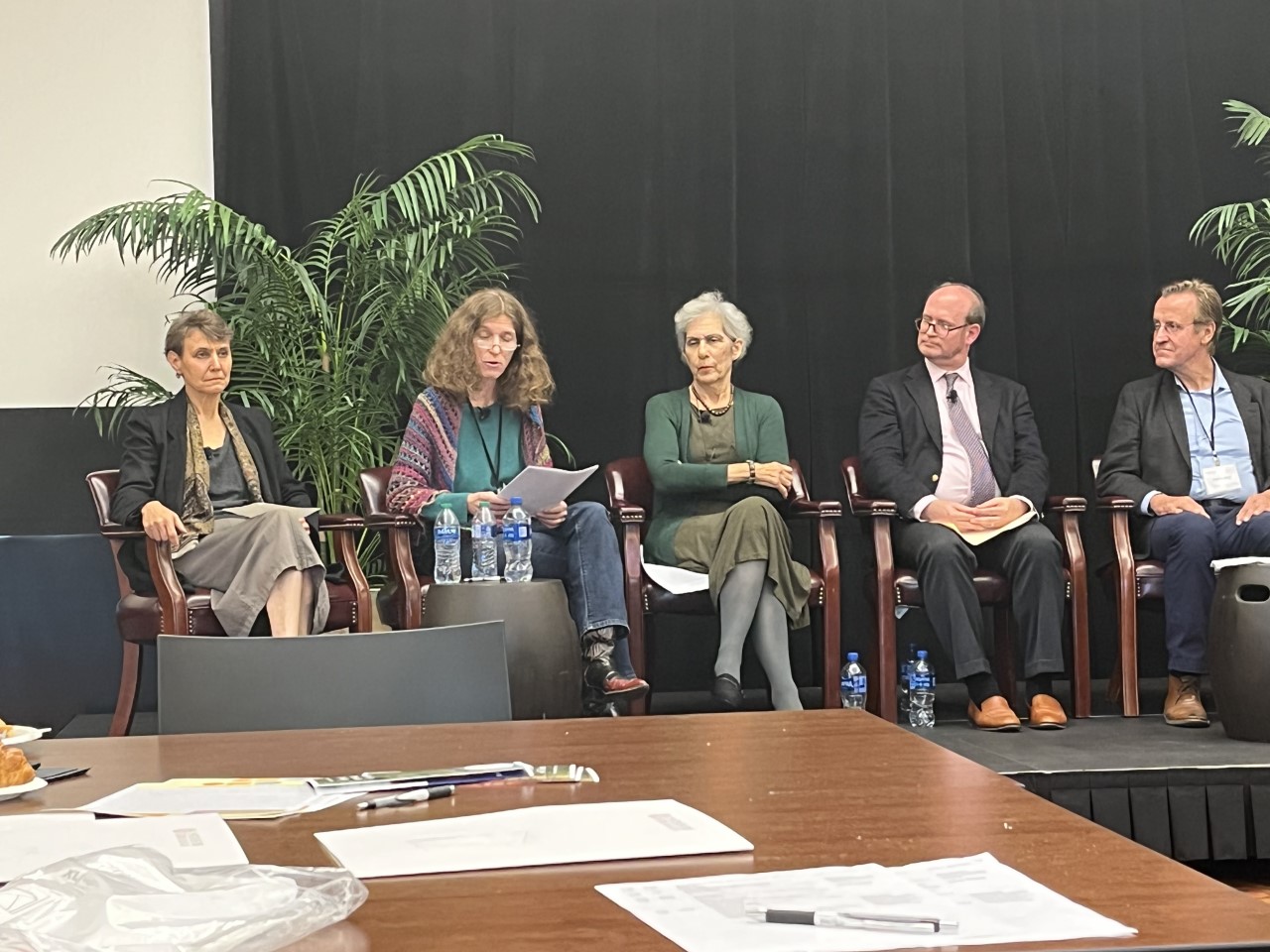