Strange to say, this is the first time I’ve ever been to Palo Alto, and tomorrow will be the first time I’m visiting Stanford University. The arrival was swift from Davis: a shuttle to the SF airport, and then an Uber to the spiffy hotel where they put me up in Palo Alto.  Now I’m writing a brief post. before setting out for noms.

Here are few photos from the past few days, but not of terrific interest.

First, two plants in Davis I saw on a walk. The captions are guesses by Phil Ward, but if I had the app called “Seek“, I could have pointed it at the plant and got a pretty accurate ID. You should download that free app, which is remarkably accurate at telling you what a plant is by pointing the camera at it. (It even does animals: I pointed it at myself and it said Homo sapiens.) I didn’t get it until after I took the next two photos. Readers can help with the identification. Seek also gives you information about what you point the camera at. All you do is hit the green camera once in the app, and after that just point your camera at whatever you fancy.

Phil’s caption: The first one looks to me like Lantana (in the Verbenaceae). 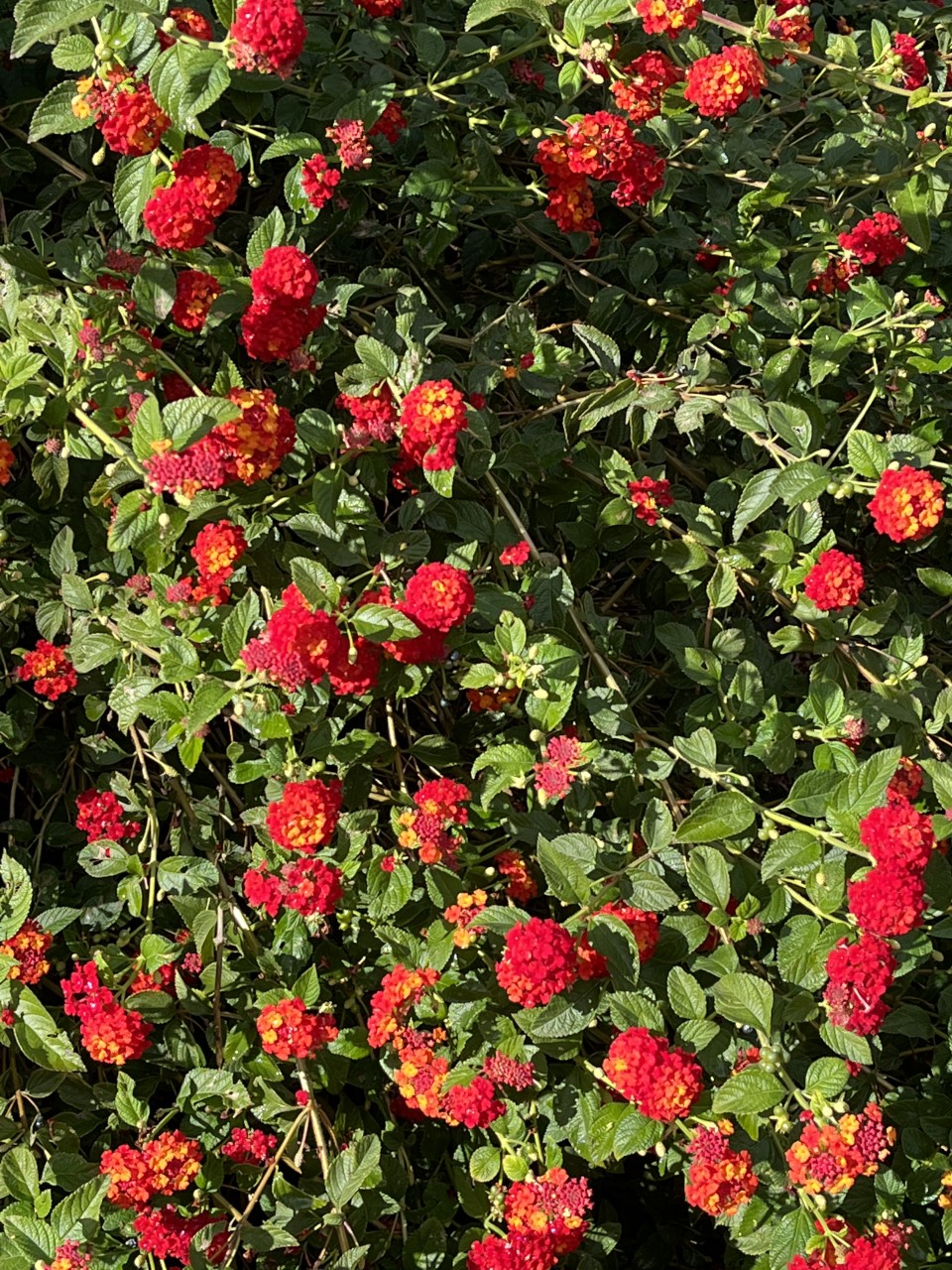 Phil’s caption: Not sure about the second. Maybe ornamental asparagus (Asparagus setaceus). 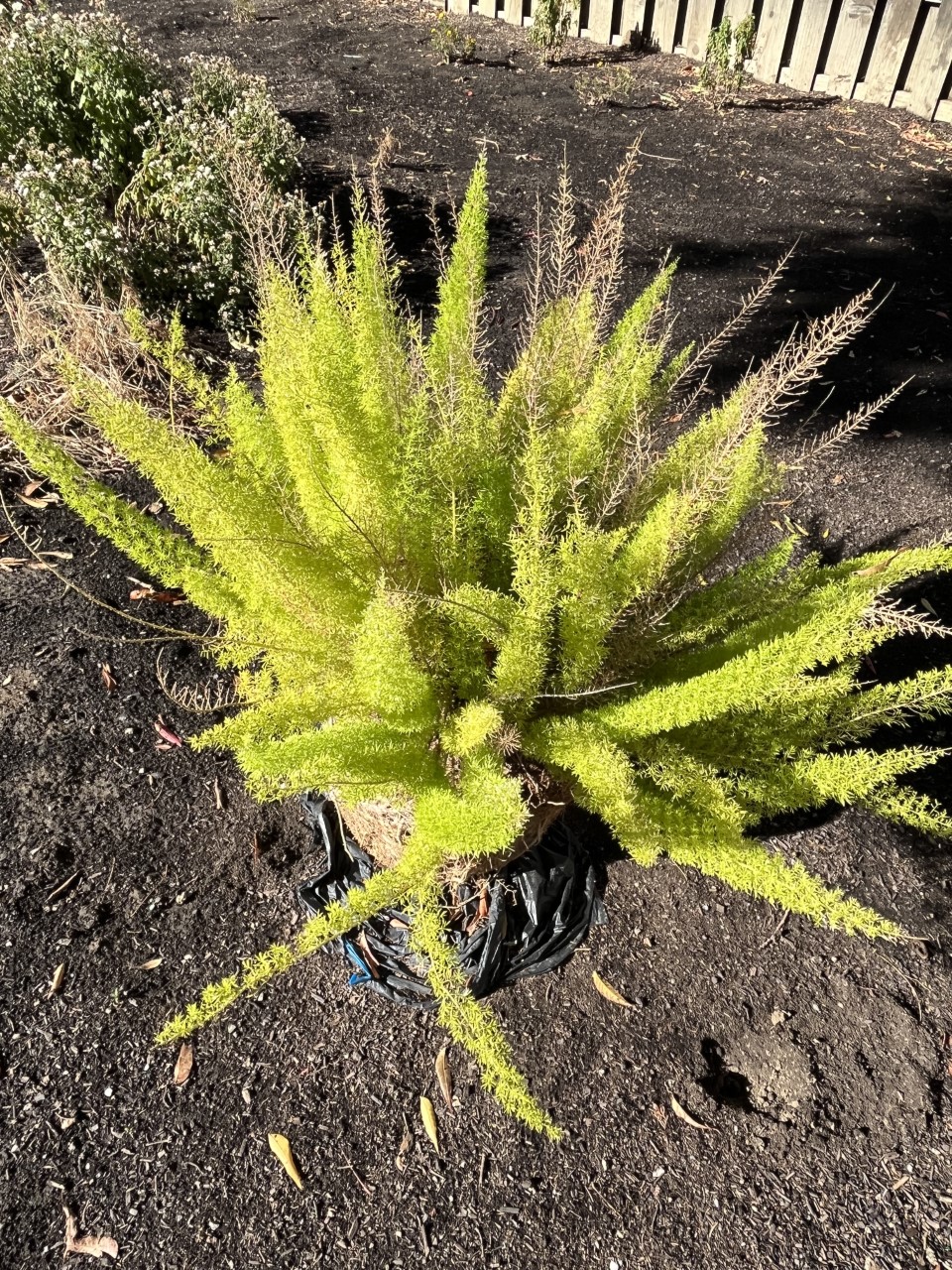 Here’s a video about the Seek app, a product of iNaturalist that continually updates its photos using AI. 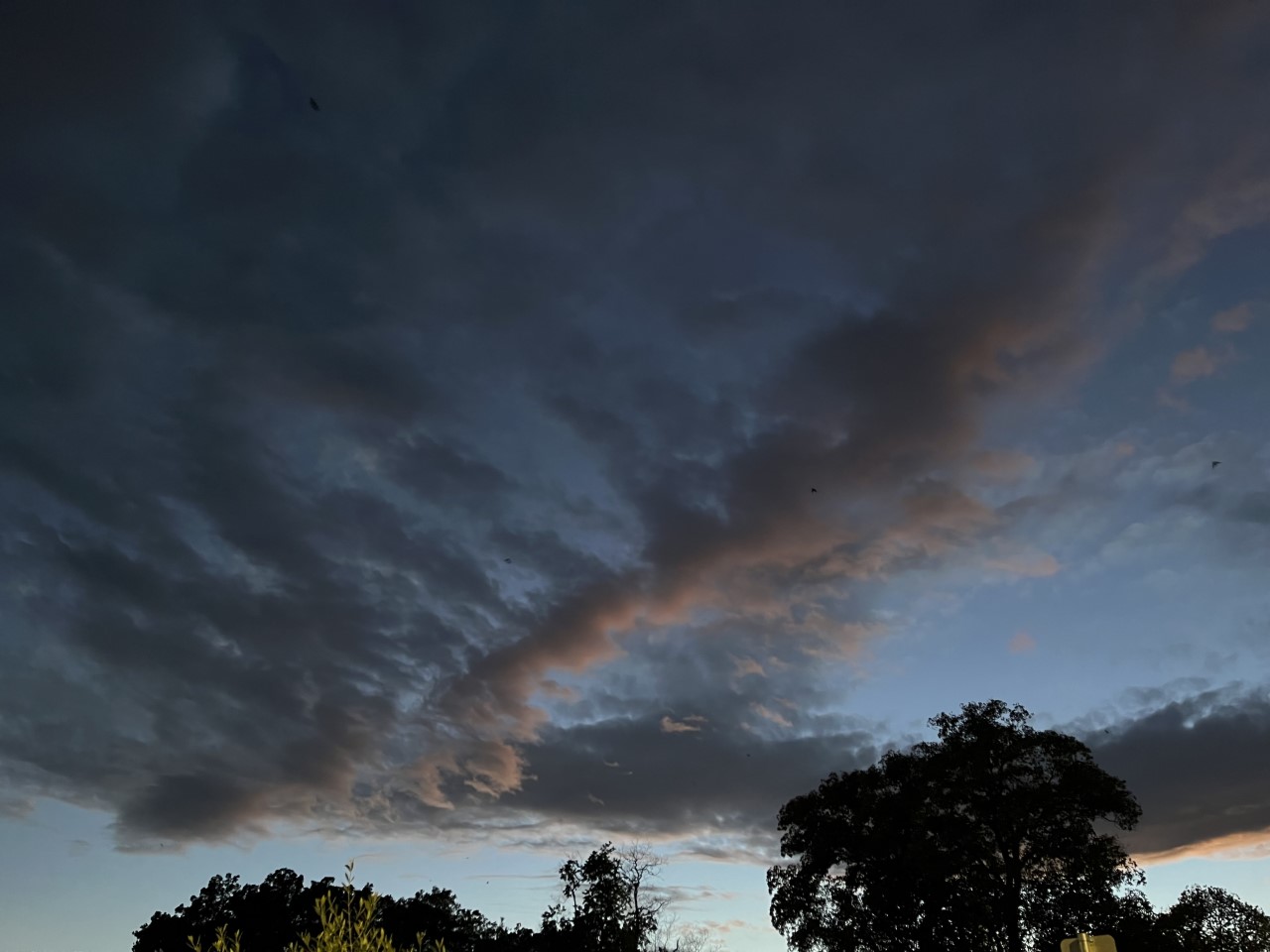 One night we ate at a dorm near campus, a place called Latitude. Boy, have dining halls changed since I was in college! At William and Mary we got one plate of glop and a side (with Jello or pudding for dessert), and there were no seconds,

Now, at Davis, they have different ethnic foods each night, a huge selection, and it’s all you can eat (and drink). Today’s menu is here, but they only show about half of what they actually have on tap. It’s only $13 for a visitor—cheaper if you’re a UC Davis professor. Talk about the “freshman 15”: here it would be the “freshman 30.” (This refers to weight gain in first-year college students.)

It was Korean, Brazilian, and Middle Eastern Night on Tuesday. Here’s my dinner.

First course: a bowl of cold garlic shrimp, Korean short ribs with (overcooked) broccoli, cucumber salad and rice, and a baklava that I snatched because the desserts turn over during the evening: 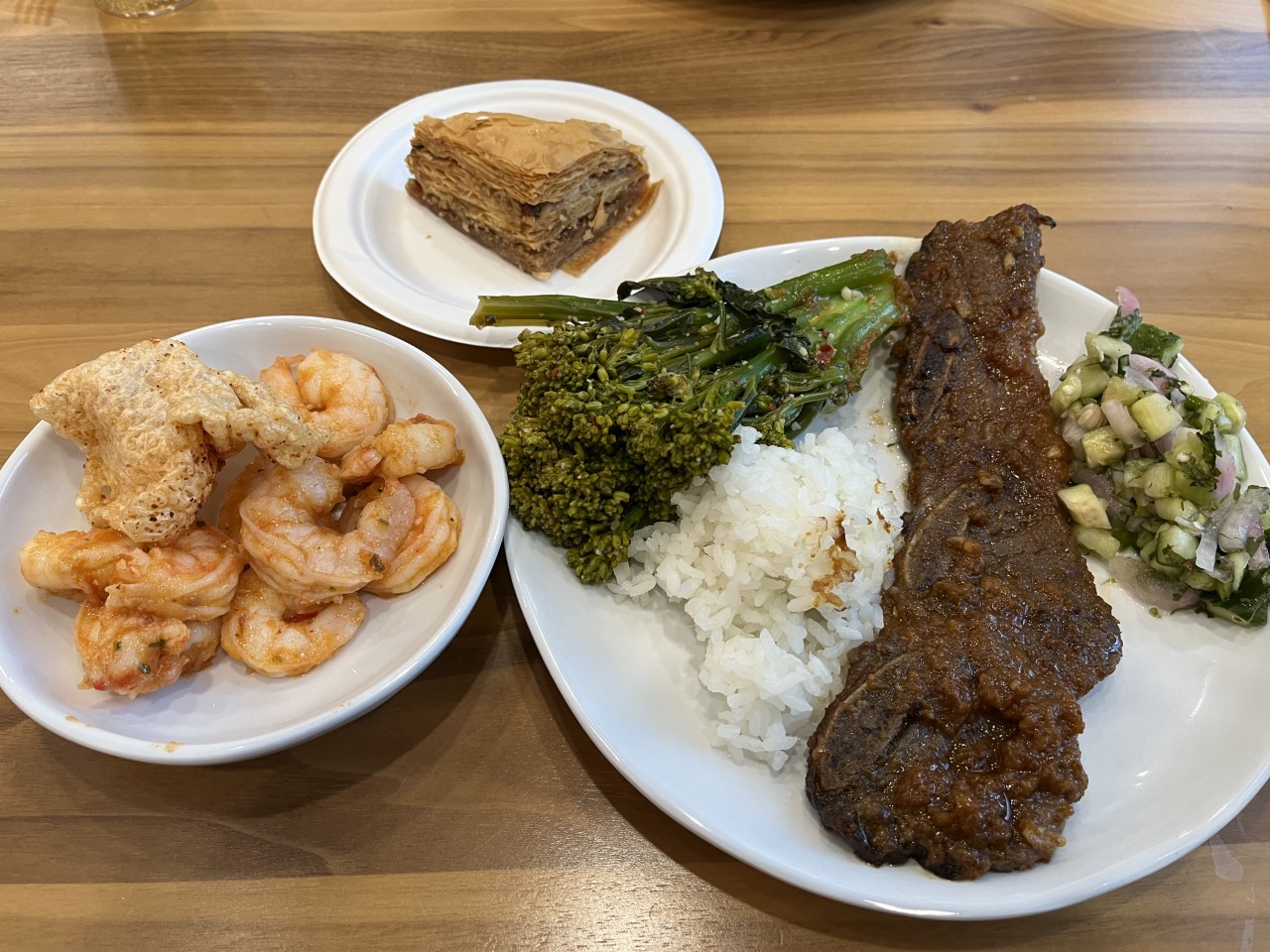 Second course: a sort of Brazilian feijoada, with beans, pork with green chile, rice, guacamole, and sour cream. On the side are dried pork cracklings (chicharrones). I washed this all down with an agave vanilla cream soda (the drinks are good, too!) 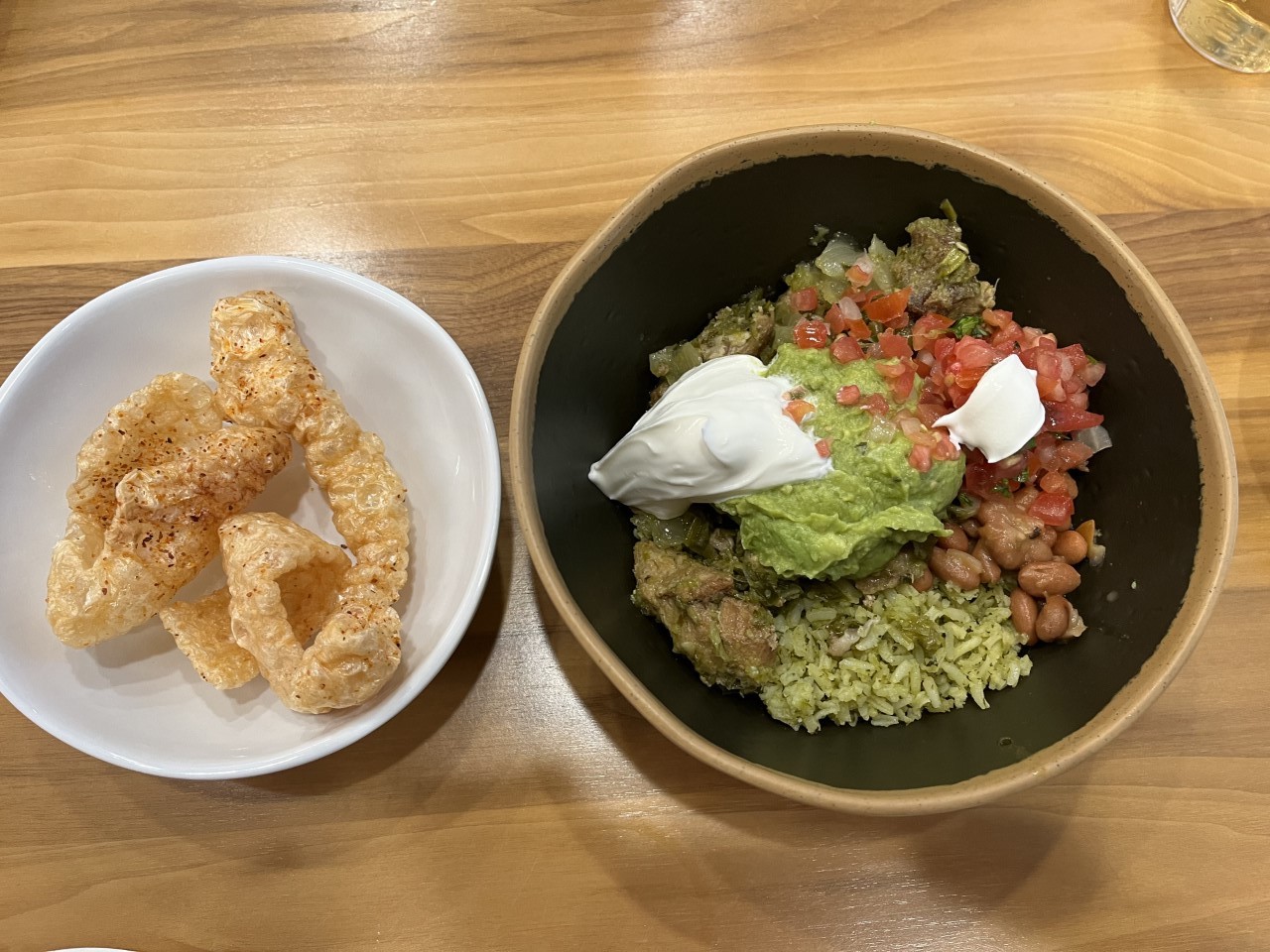 As I suspected, the baklava disappeared quickly, so later I got a second dessert: a cream puff: 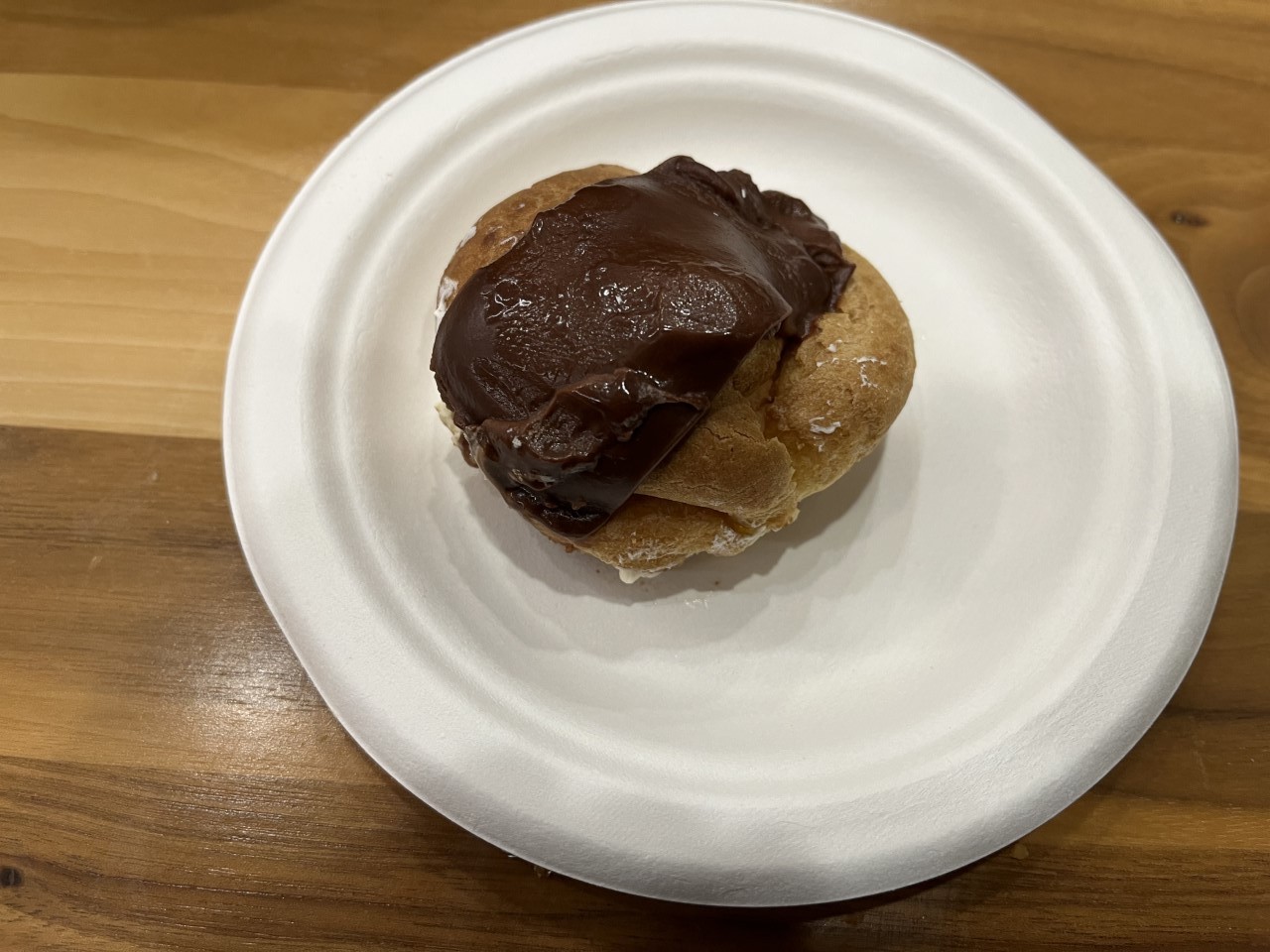 This morning it was 1.5 hours from Davis to the San Francisco airport, where it was dead easy to get an Uber to Palo Alto. Here’s Alcatraz Island with its famous prison on the way (now closed as a prison, but you can take Park Service tours and see Al Capone’s cell): 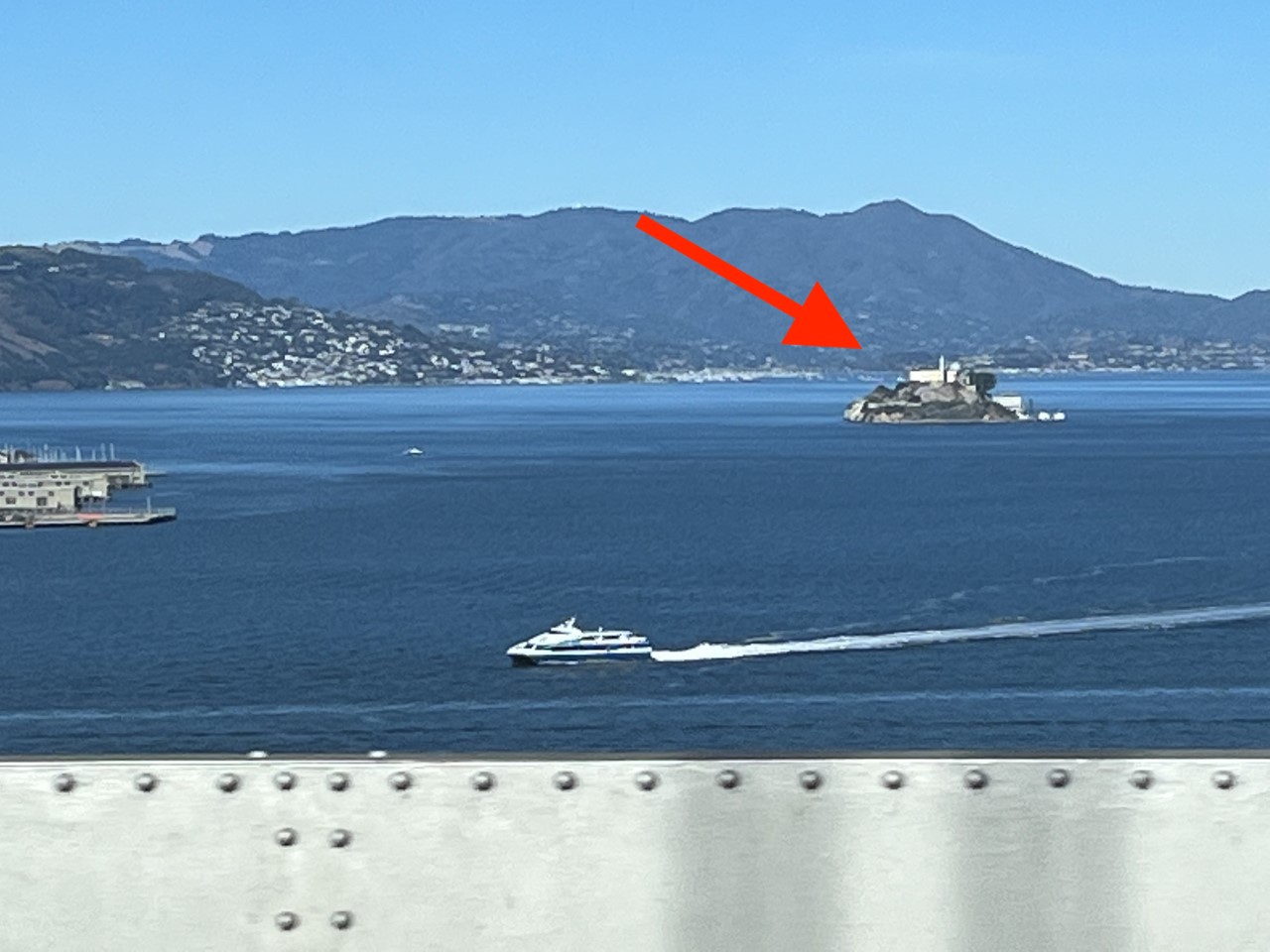 And a panorama of my hotel room. You can see me in the mirror to the left.

Tomorrow: the Academic Freedom Conference begins. I will of. course report on it.