Doug Hayes of Richmond, Virginia, has provided us with another installment of The Breakfast Crew series. His notes are indented, and you can enlarge the photos by clicking on them.

Things were pretty slow around the yard for the last couple of months. Several people in the neighborhood were remarking on the absence of birds, but now things are picking up as the weather cools down. All the regulars are making their way back to the feeders as food starts to become scarce.

A northern cardinal (Cardinalis cardinalis) checking his balance as he perches on the crook holding the feeders. This guy has started molting. In a few weeks, he will be back to his spiffy self: 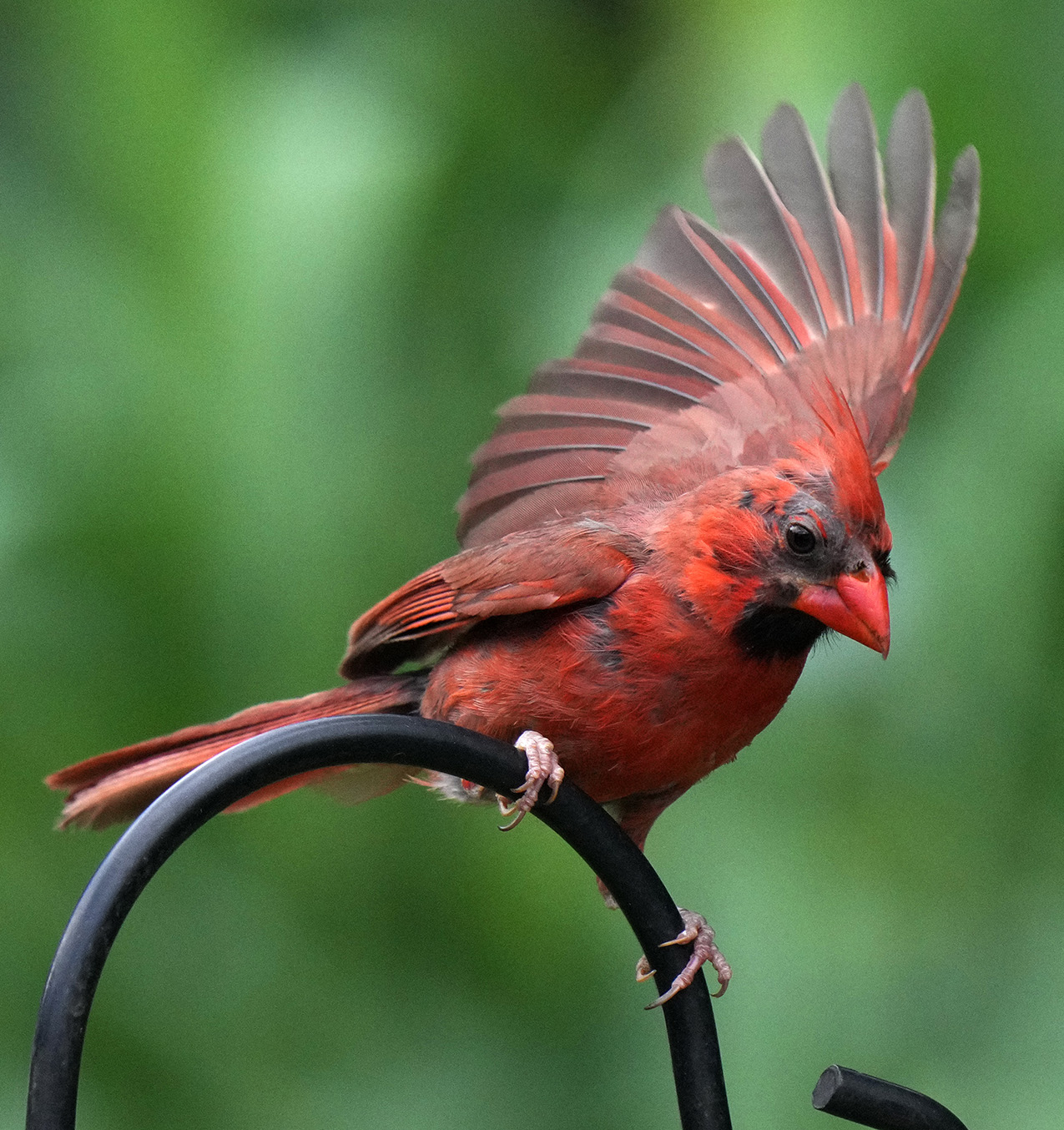 A tufted titmouse (Baeolophus bicolor). A bit waterlogged from a recent rain: 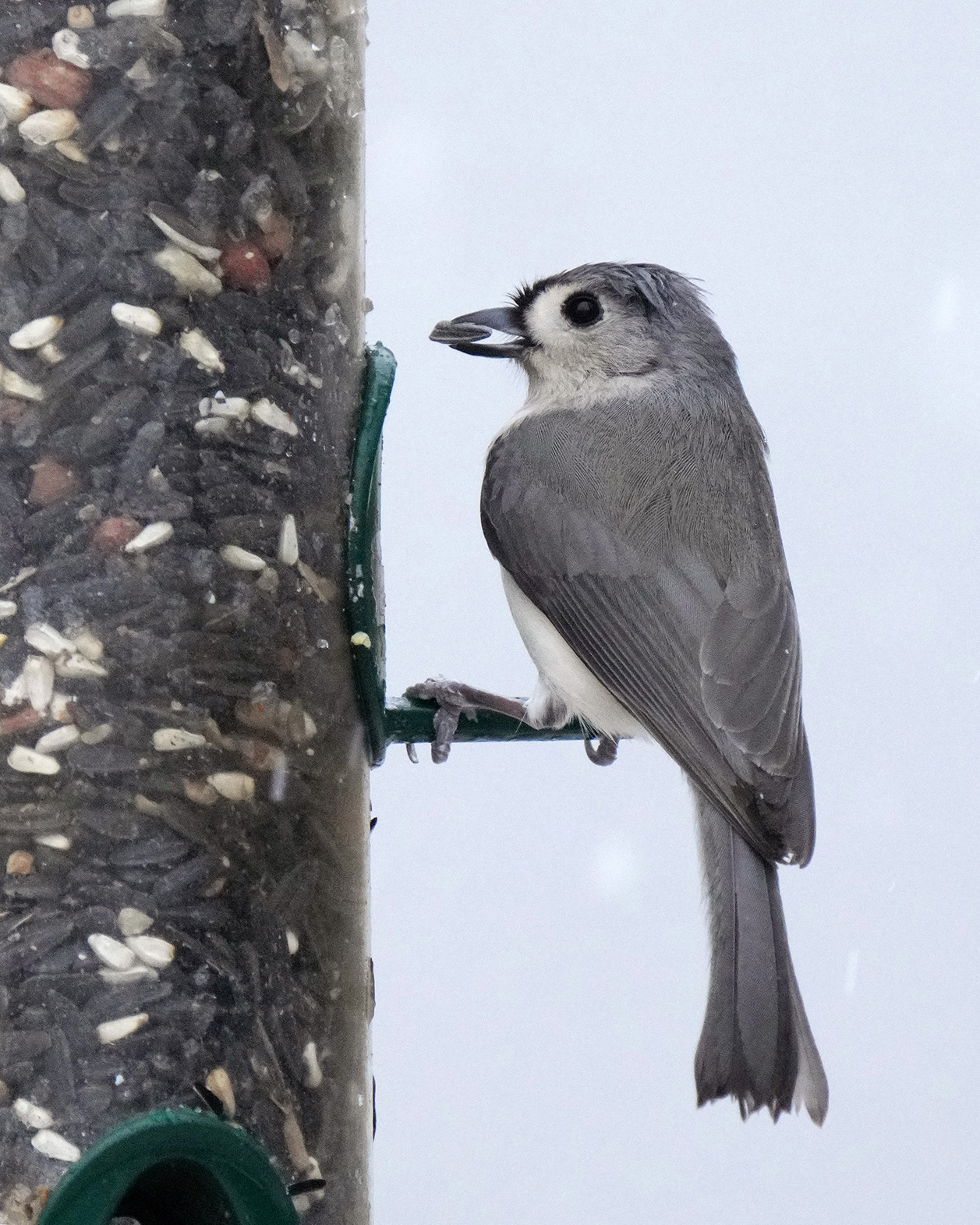 A pair of house finches (Haemorhous mexicanus) trying to use the same perch. 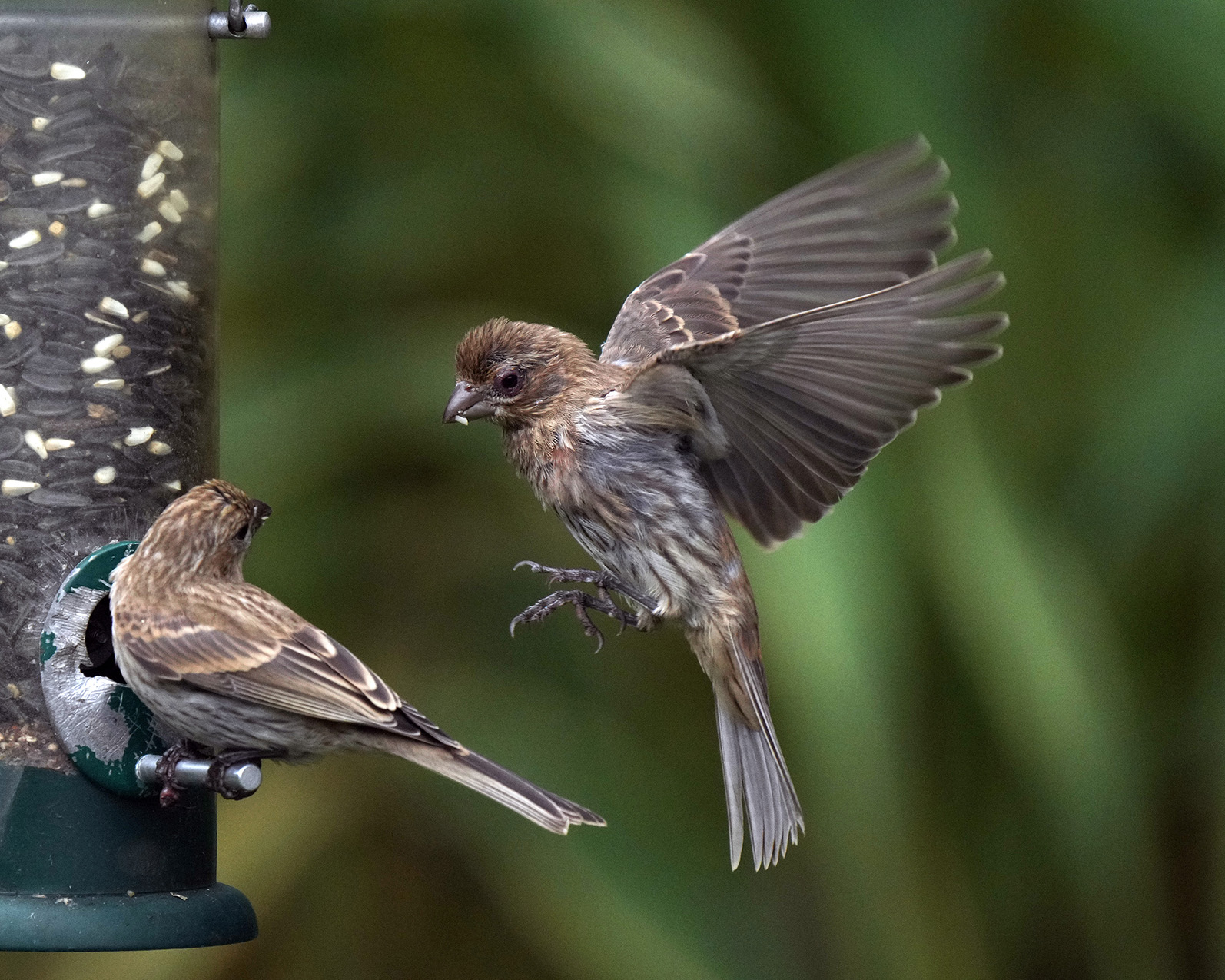 A white-breasted nuthatch (Sitta carolinensis). There are quite a few of these in the neighborhood, but they only linger for a few seconds at the feeders, making it tricky to photograph them: 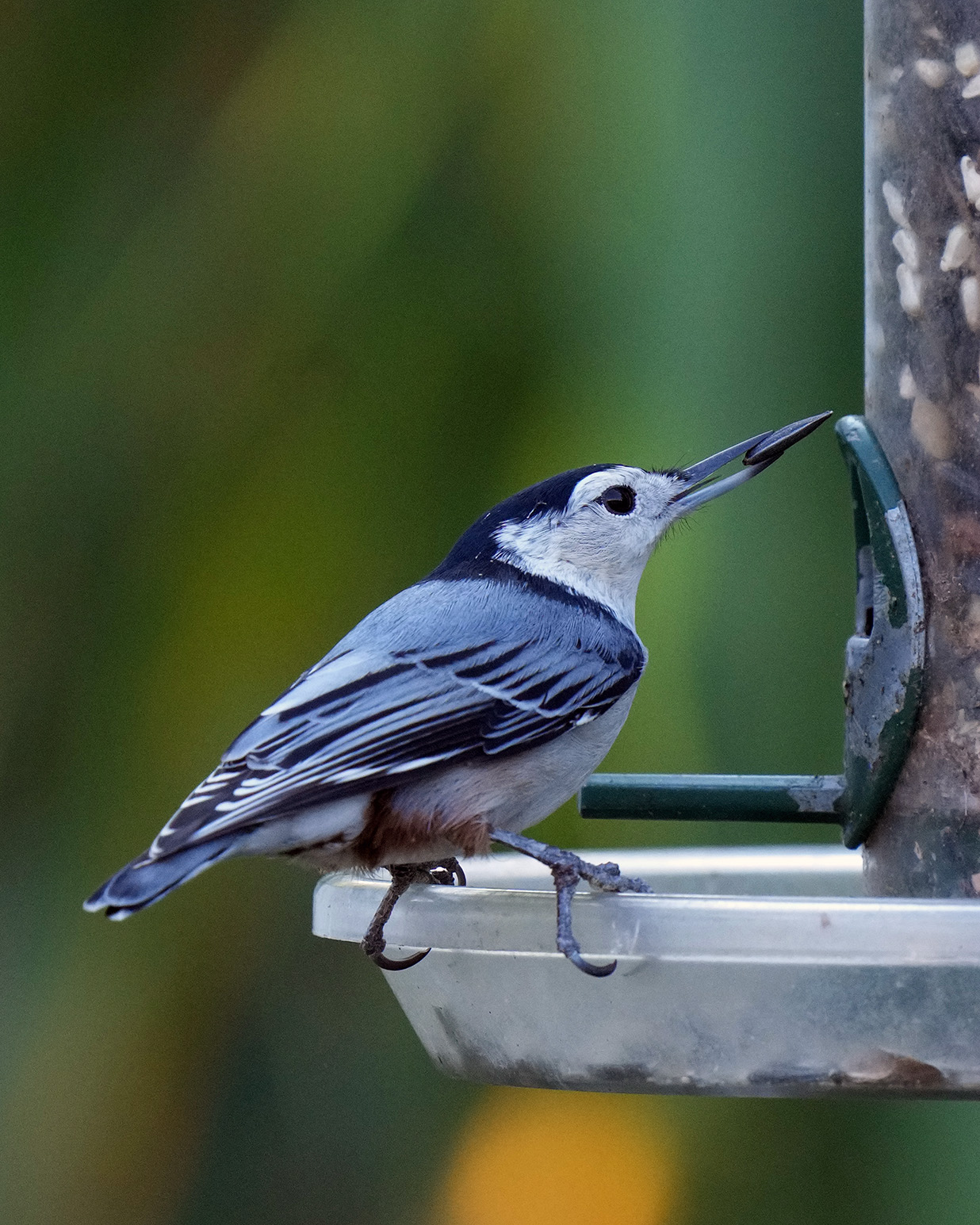 A female eastern towhee (Pipilo erythrophthalmus), one of a pair that frequent the yard. They scavenge the leftovers dropped on the ground from the feeders: 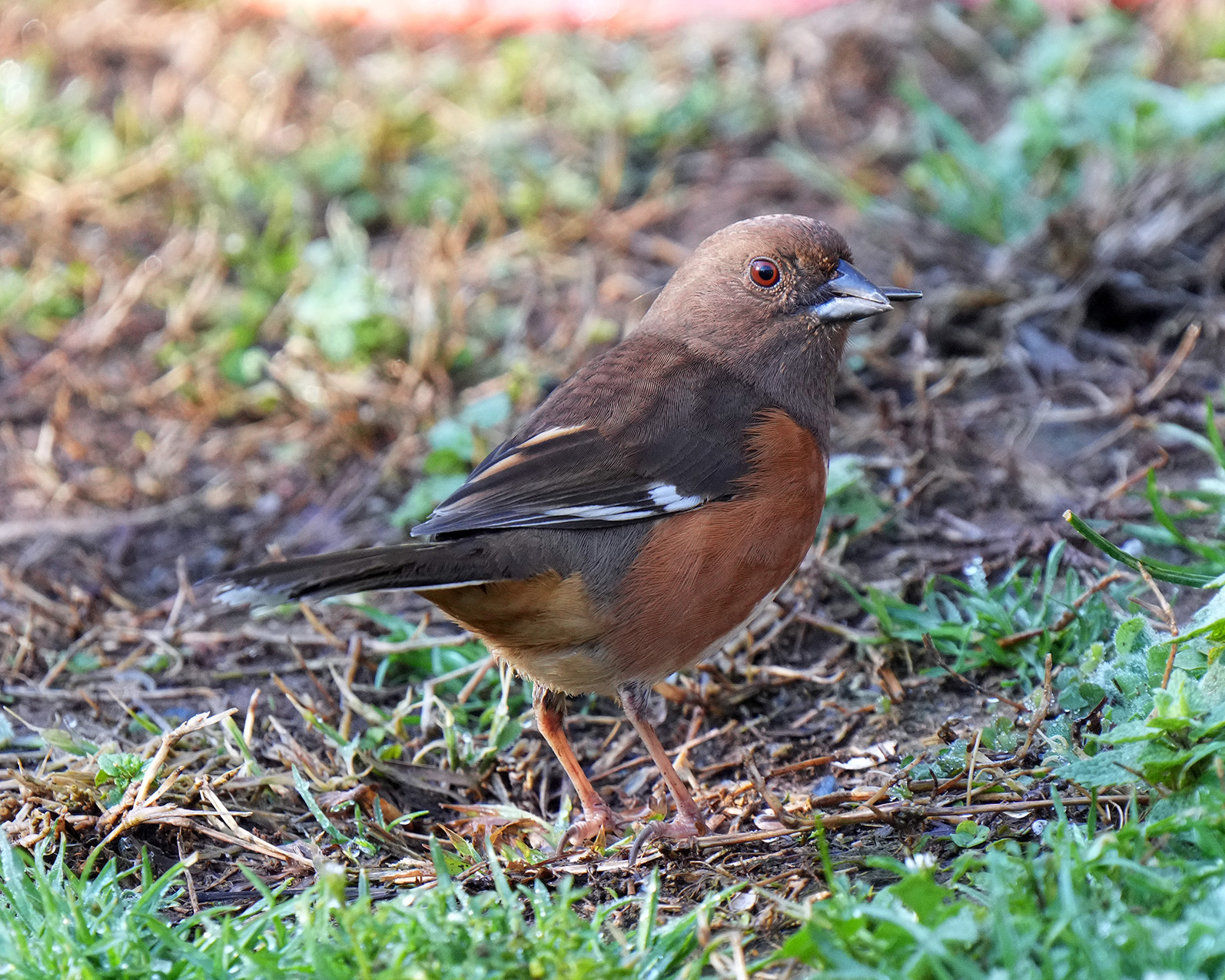 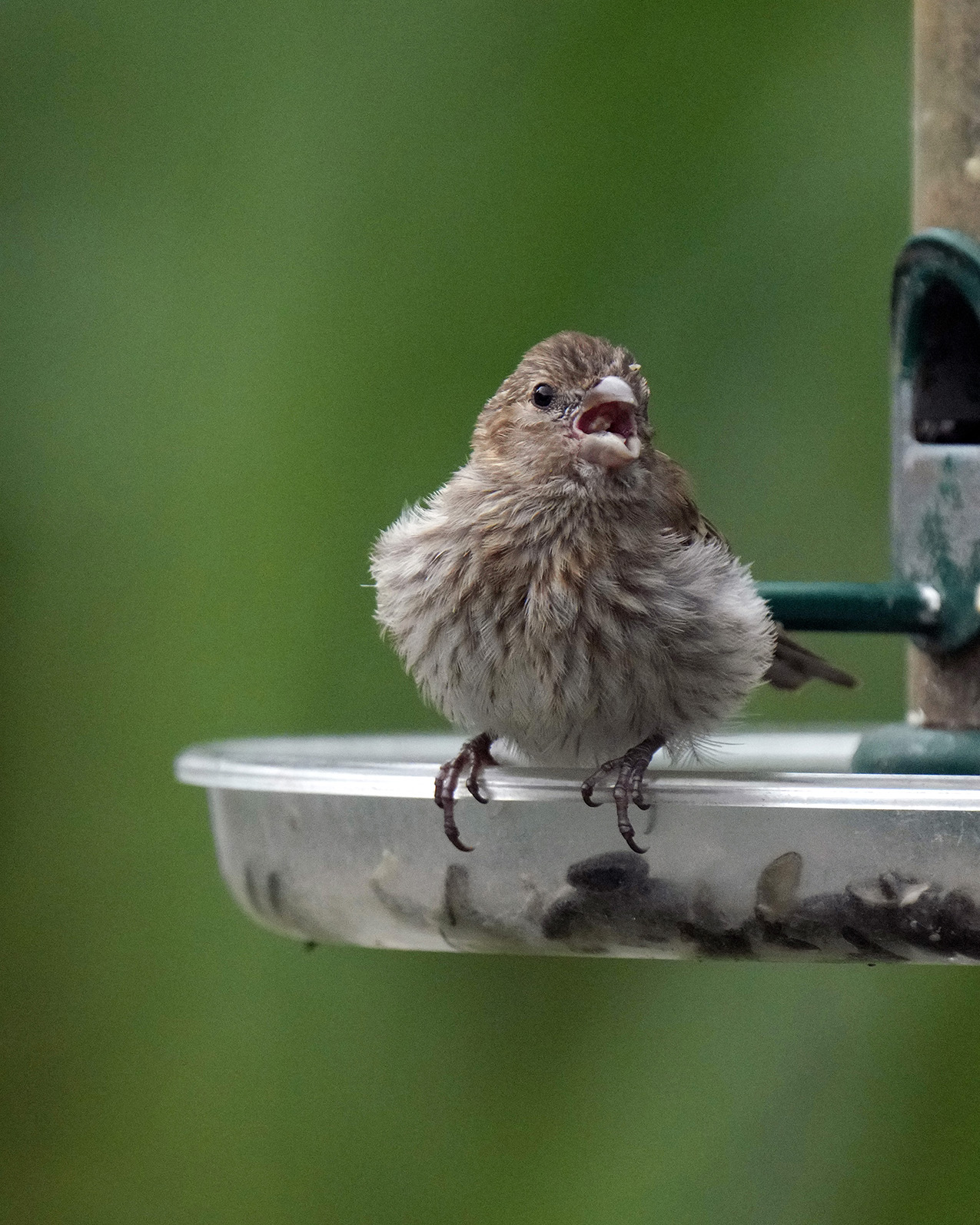 Mourning doves (Zenaida macroura) have made the yard their regular hangout, sticking around most of the day. It is not unusual to see six or more on the ground or perched on the feeder trays. They like to hang out until driven off by more aggressive birds or squirrels: 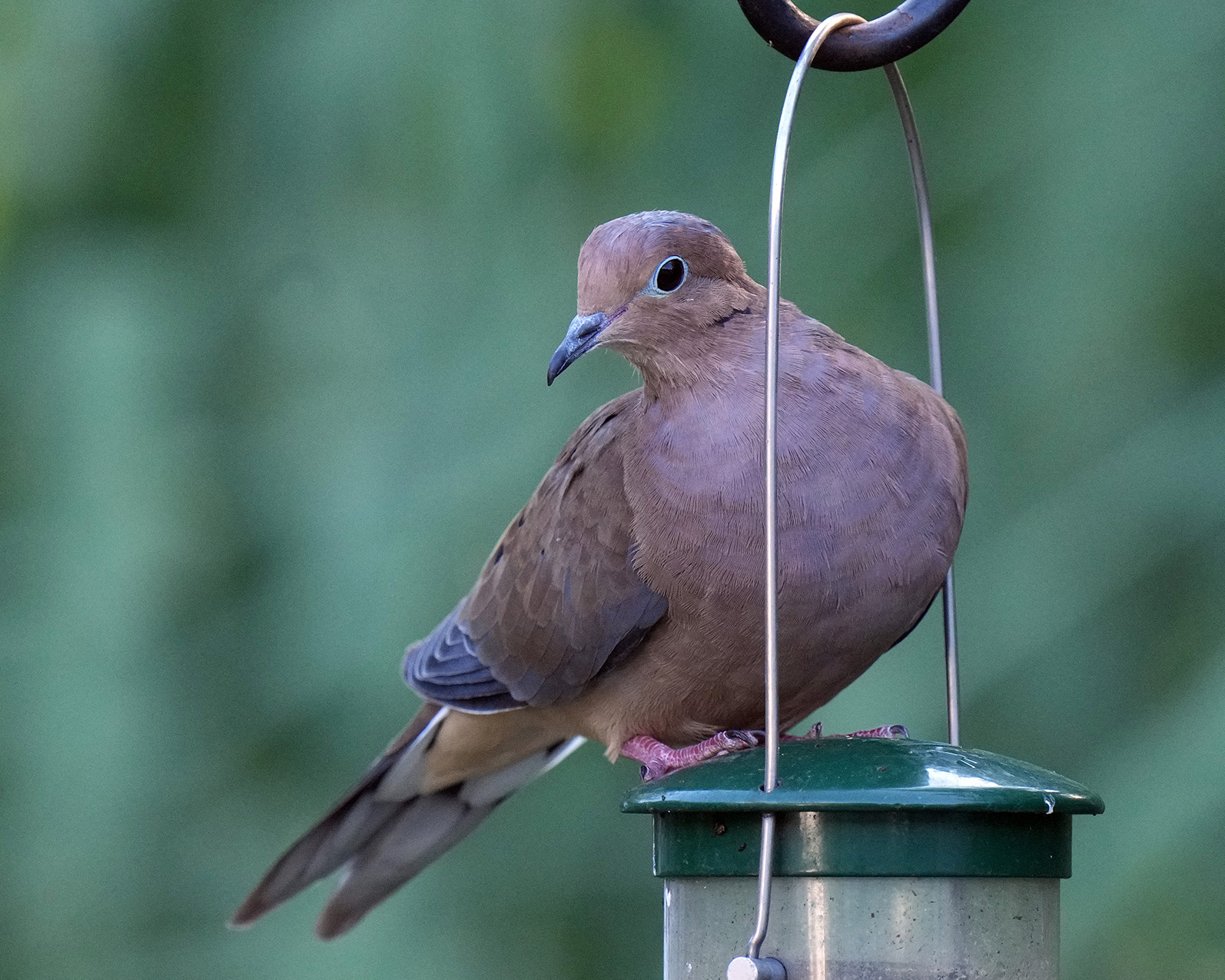 A common grackle (Quiscalus quiscula). Some folks consider them pests, but I love their amazing eyes and iridescent feathers: 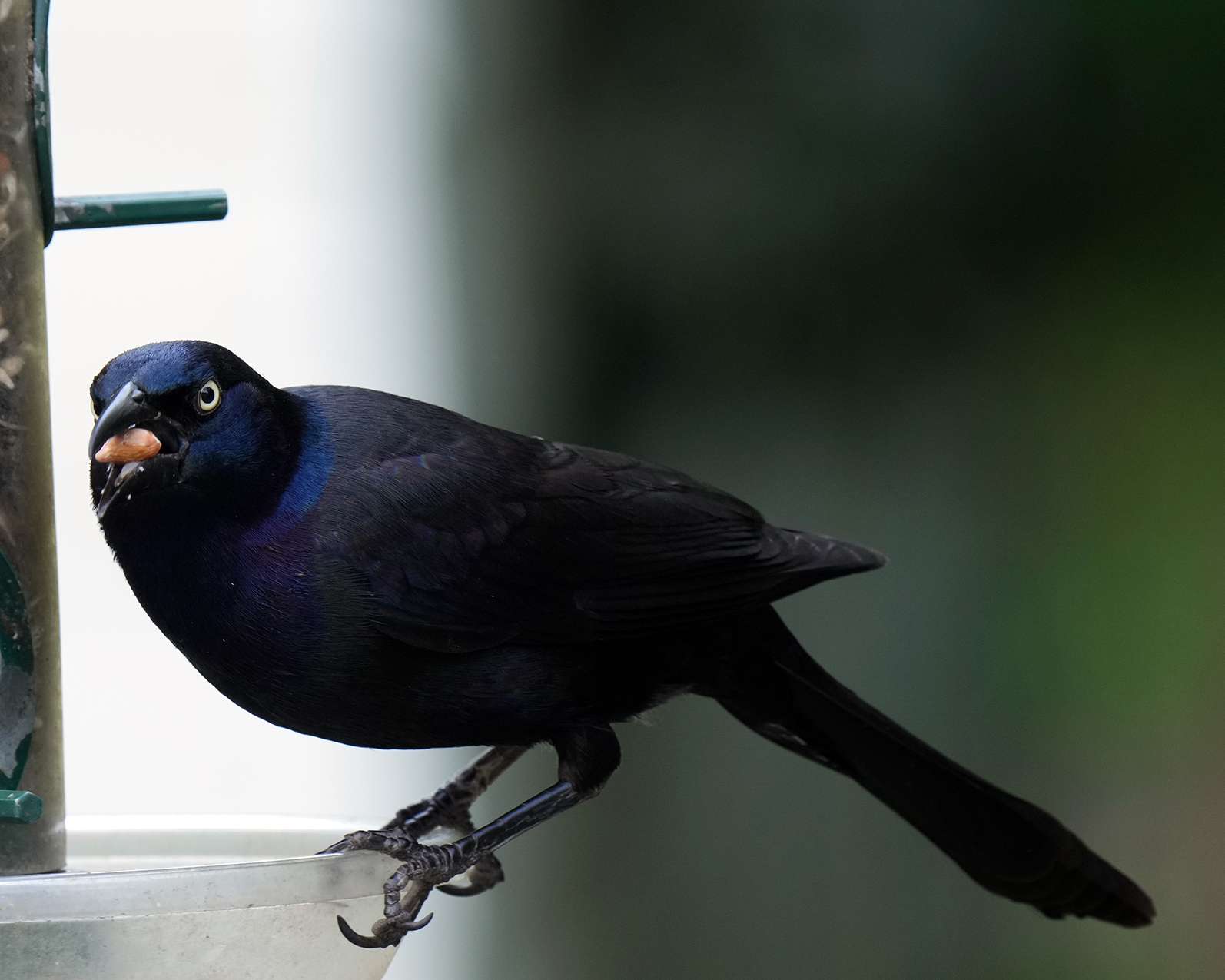 A Carolina wren (Thryothorus ludovicianus). These little guys had quite a population explosion this year. There are dozens of them hanging out tin the trees surrounding the yard: 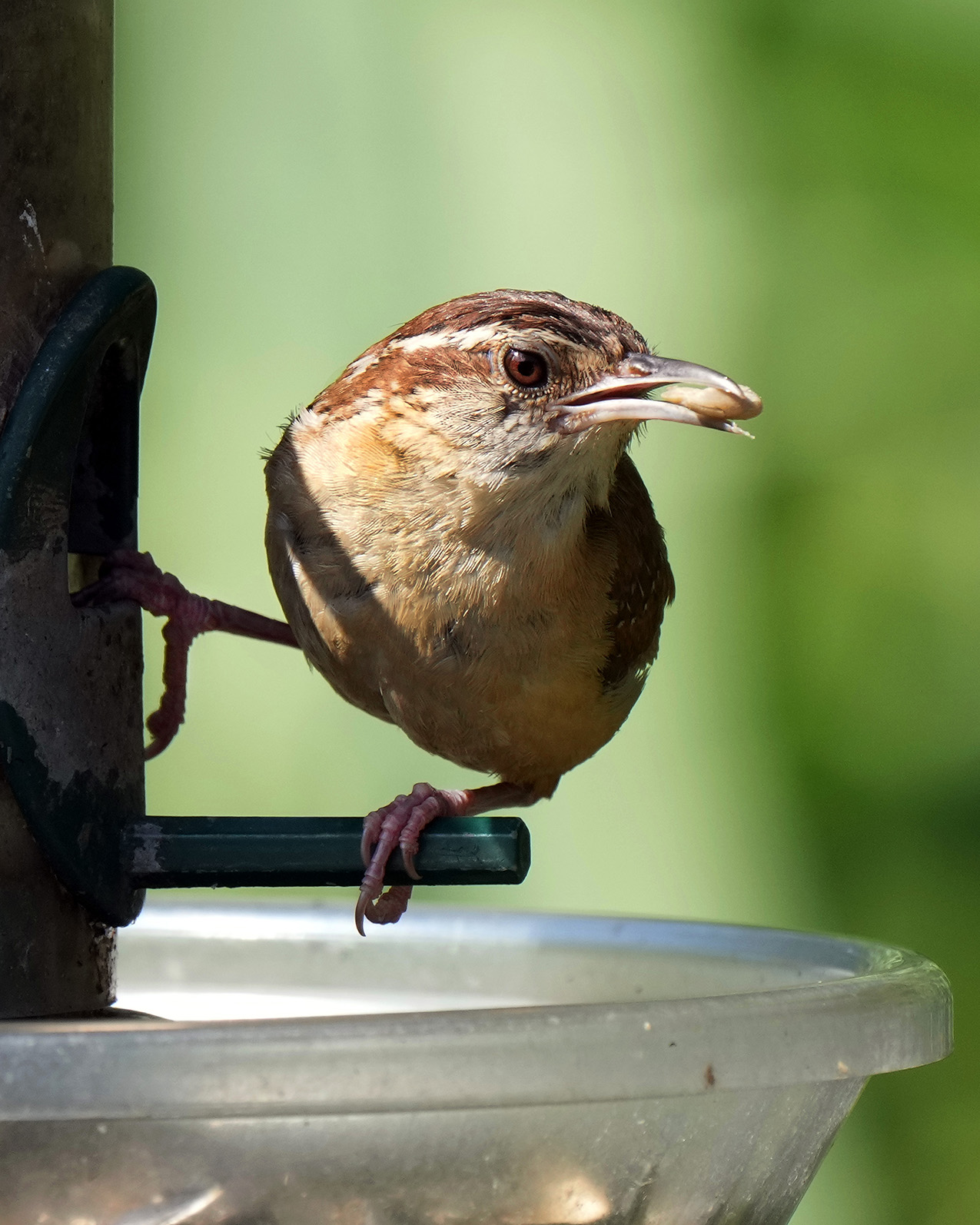 The woodpeckers are back. I hadn’t seen any most of the summer. This red-bellied woodpecker (Melanerpes carolinus) male has been showing up regularly: 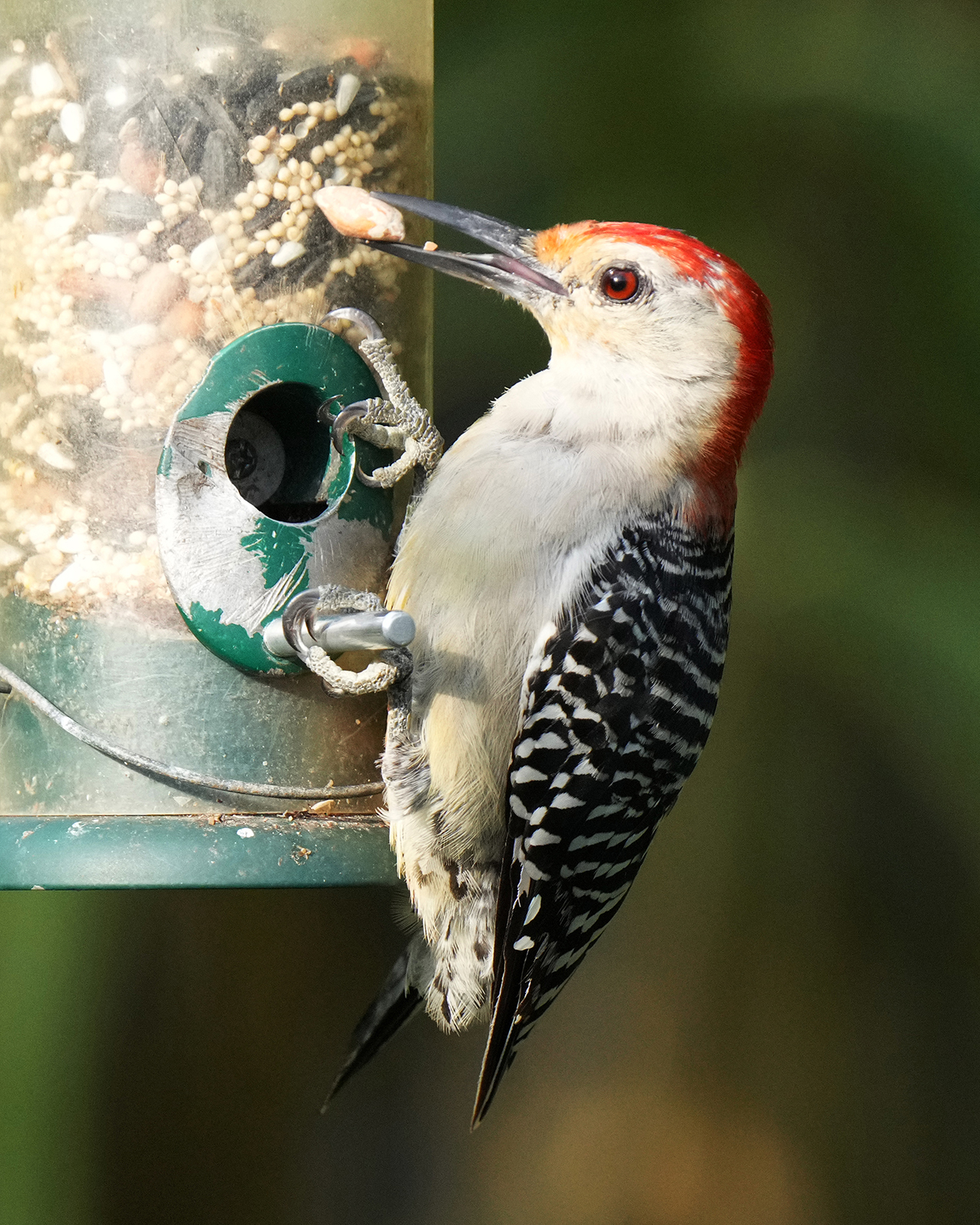 A Carolina chickadee (Poecile carolinensis). These little birds are regulars at the feeders: 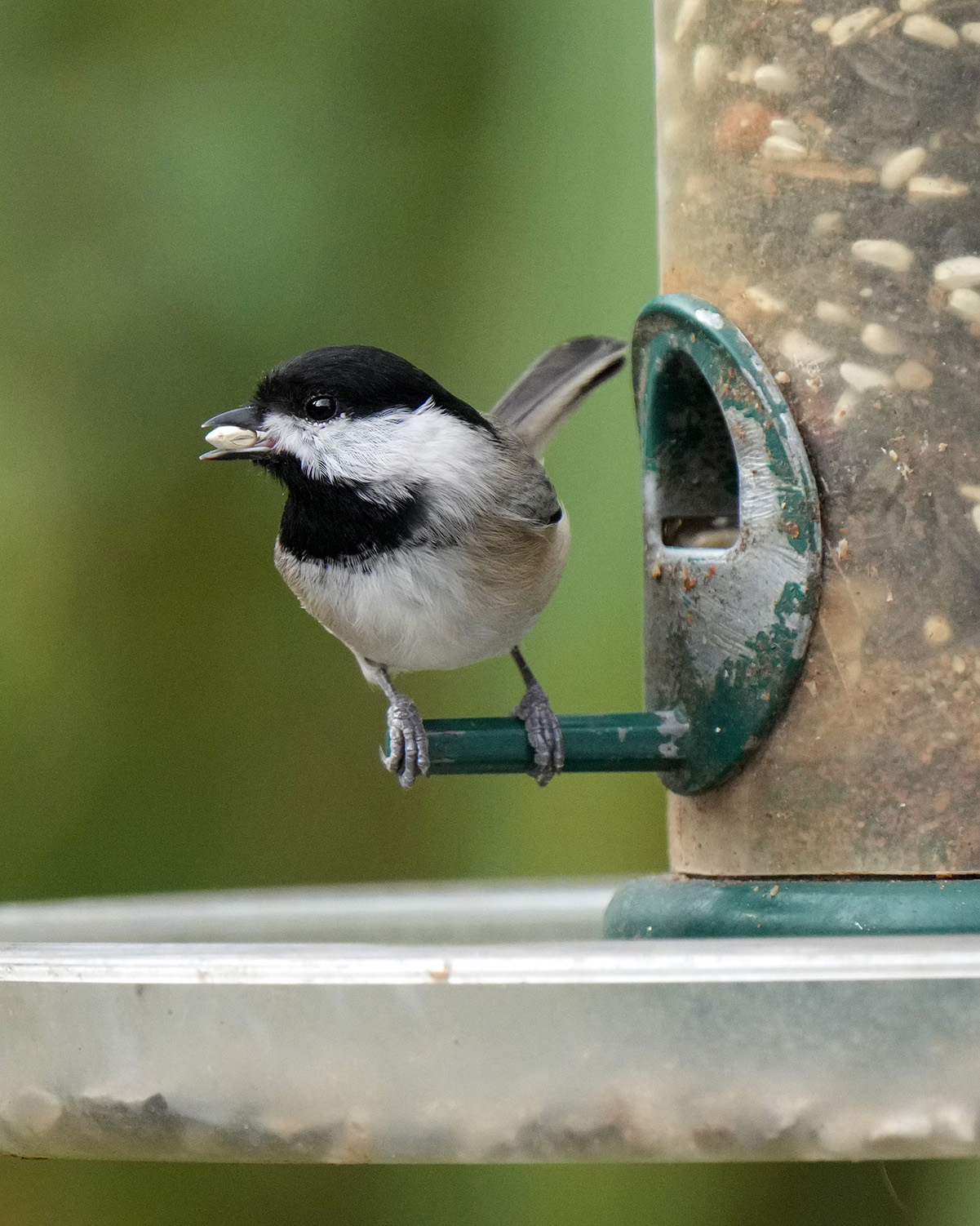 A female Northern cardinal (Cardinalis cardinalis) having a drink at the bird bath. The bath has a heating element that keeps the water from freezing in winter weather: 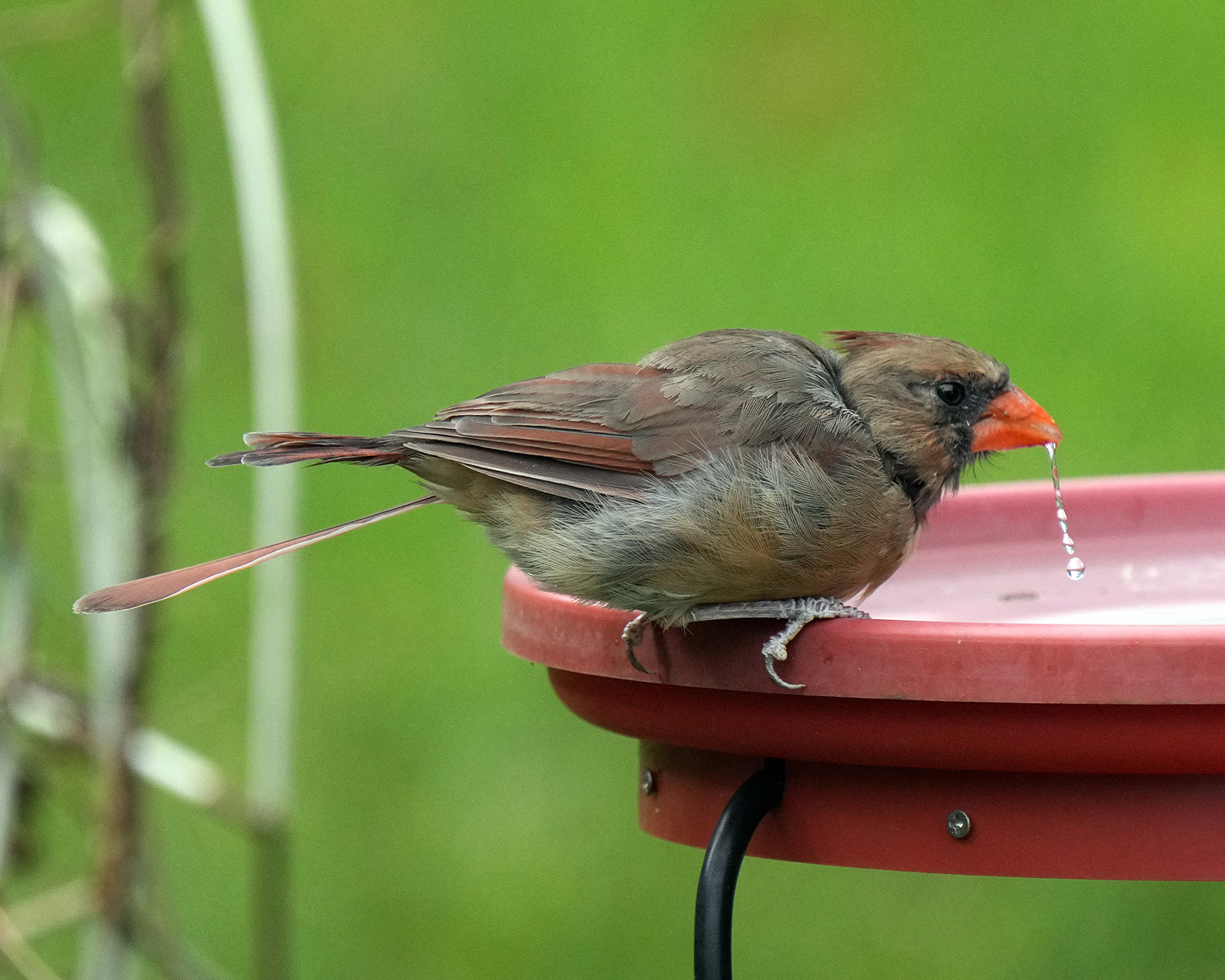 A pair of house finches (Haemorhous mexicanus), showing the difference in male and female coloration: 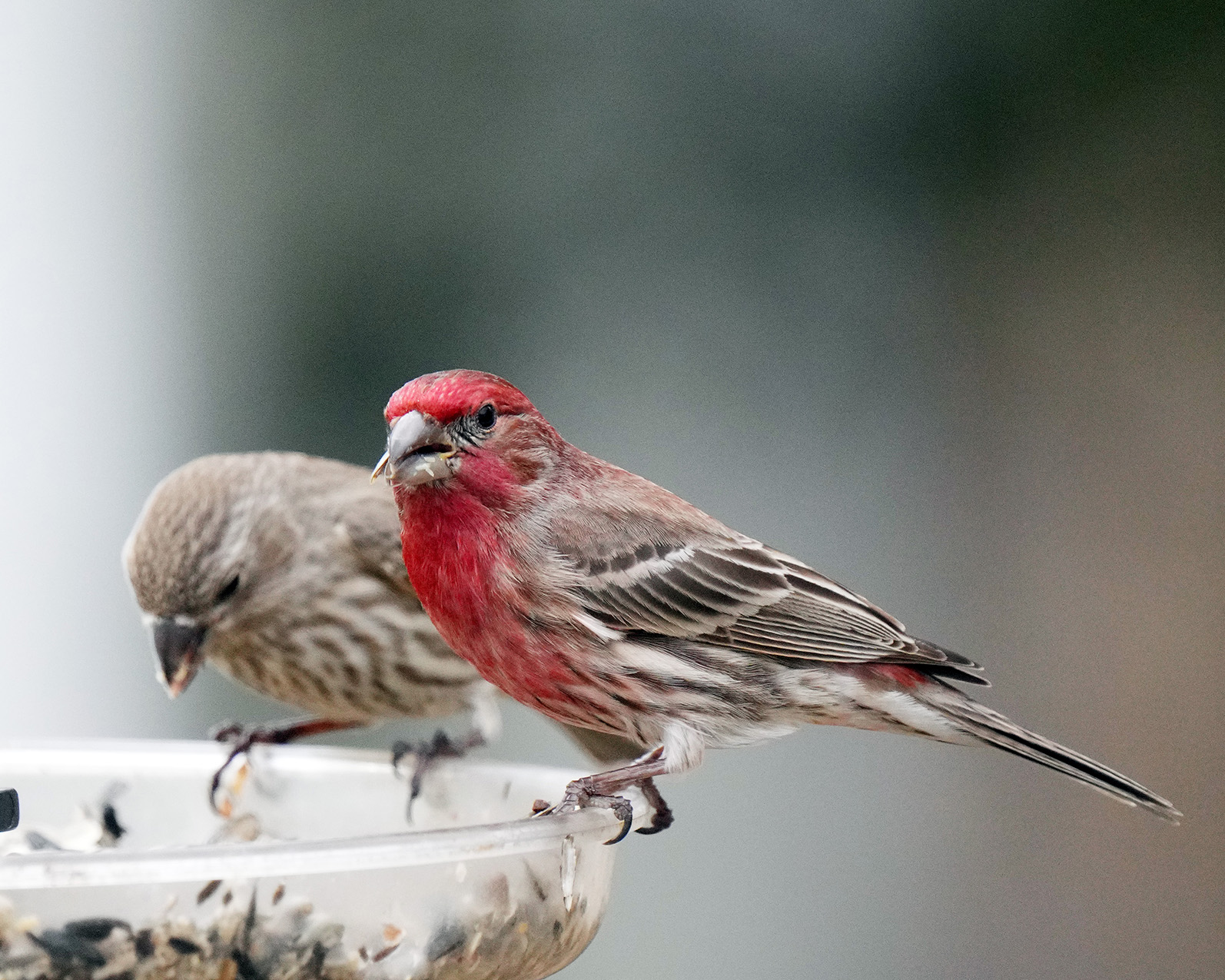 On a recent trip to the Chamberlayne Swamp, we spotted a pair of belted kingfishers (Megaceryle alcyon) chasing each other from tree to tree. The kept up their antics for over two hours: 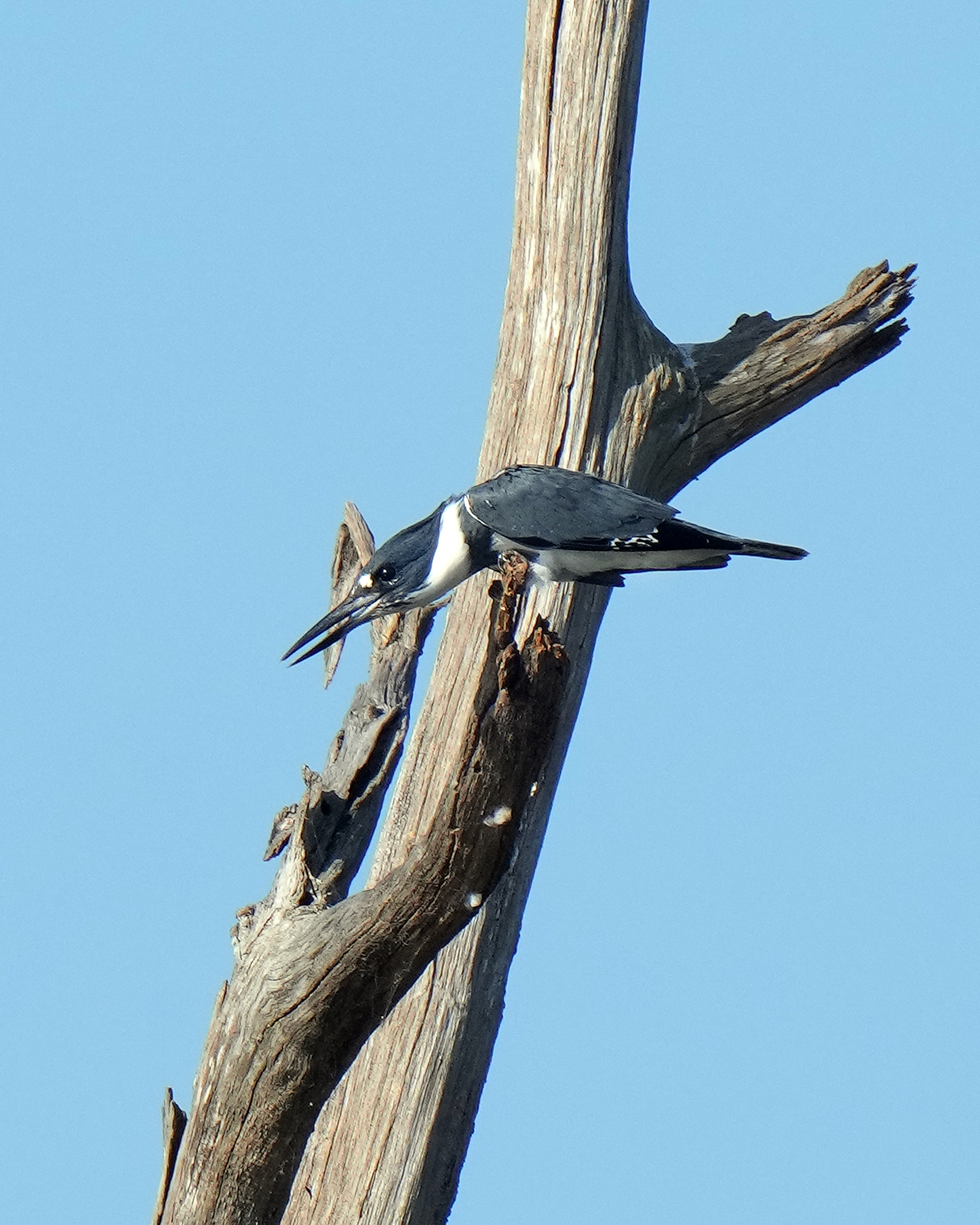 This lone osprey (Pandion haliaetus) was hanging out in the swamp when we arrived and was still there when we left several hours later. Usually, ospreys nest and fish along the James River, but his one was quite a distance from the river: 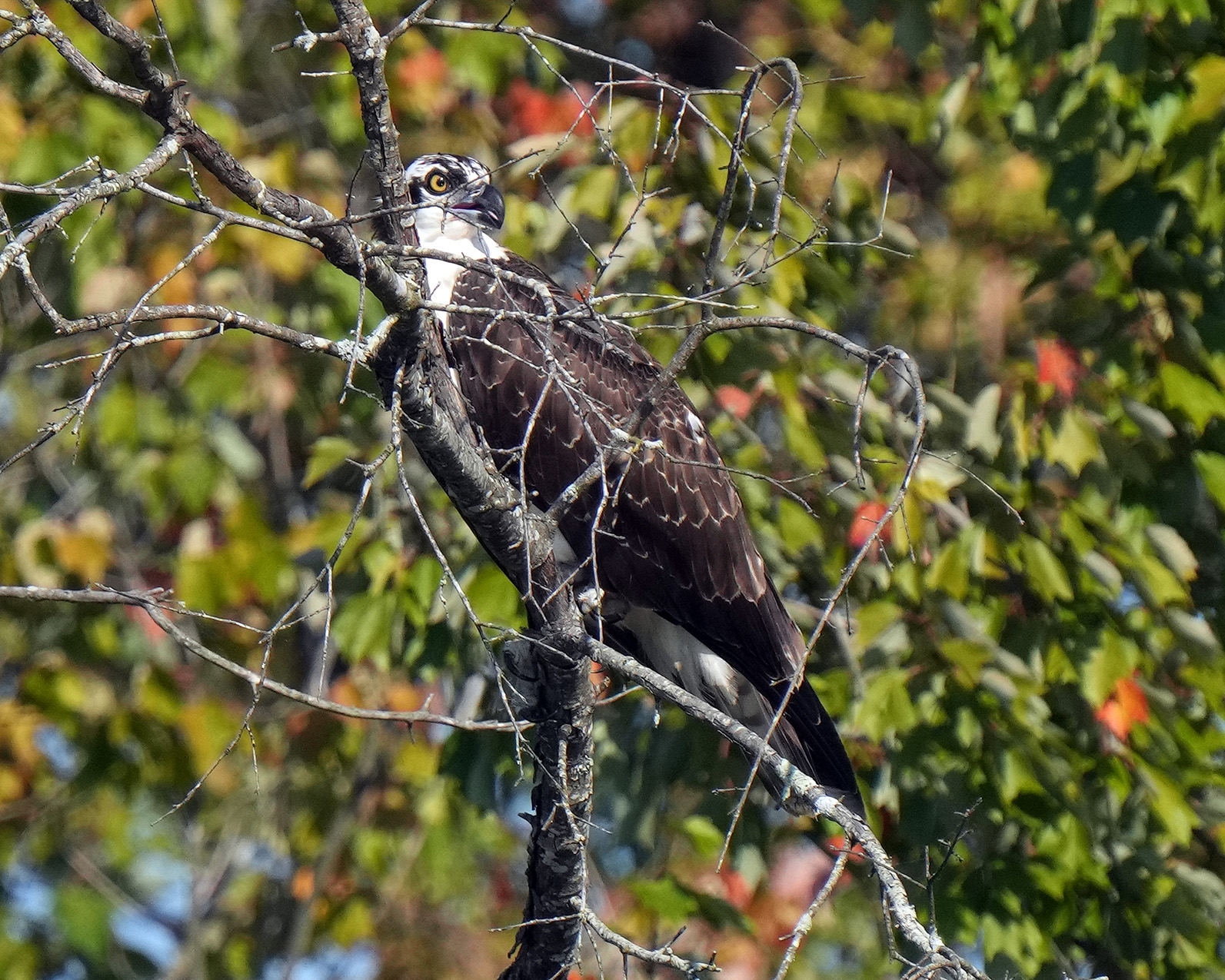 Camera info:  Sony A1 mirrorless camera, Sony FE 200-600 zoom lens + 1.4X teleconverter, iPhoto Cobra II monopod, Neewer gimbal tripod head. Auto ISO with a range of 400 – 5000. The photos of the kingfisher and osprey were shot with the camera’s Clearview digital zoom mode at 2X combined with the 600mm maximum zoom range + teleconverter for a reach of over 2,000mm.