It’s Sunday, and yesterday John Avise sent his weekly selection of themed bird photos, so we shall have a wildlife post today. (We’ll resume the feature when I return to Chicago, assuming I’m still alive). John’s notes and IDs are indented, and you can enlarge his photos by clicking on them.

The American Coot (Fulica americana) is arguably the easiest native bird to photograph here in Southern California, where nearly every urban park or golf-course pond typically has dozens of these denizens, especially during the winter months.  And, from its white bill to its red eyes to its black body to its greenish legs and lobed toes, each coot is indeed quite cute. 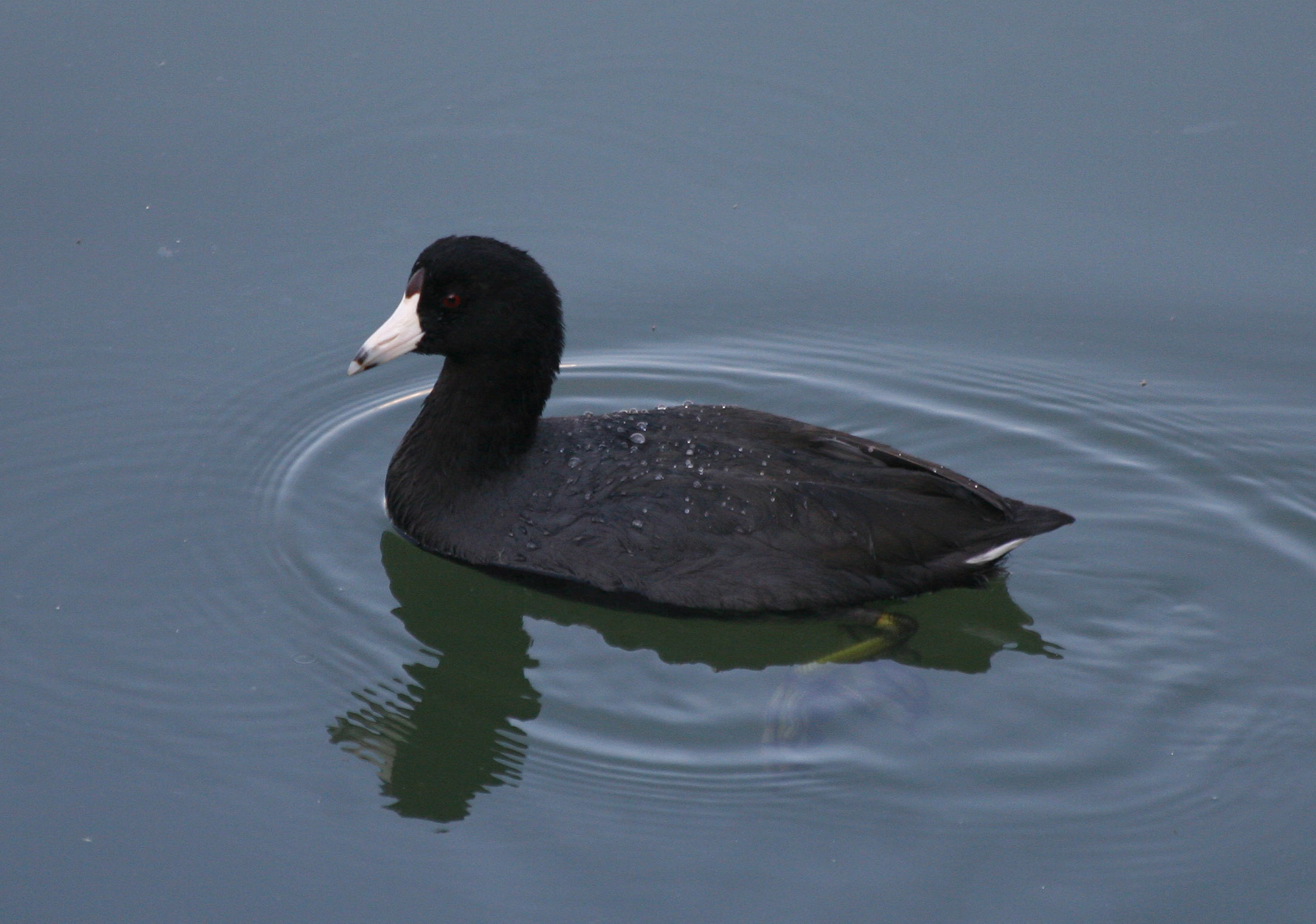 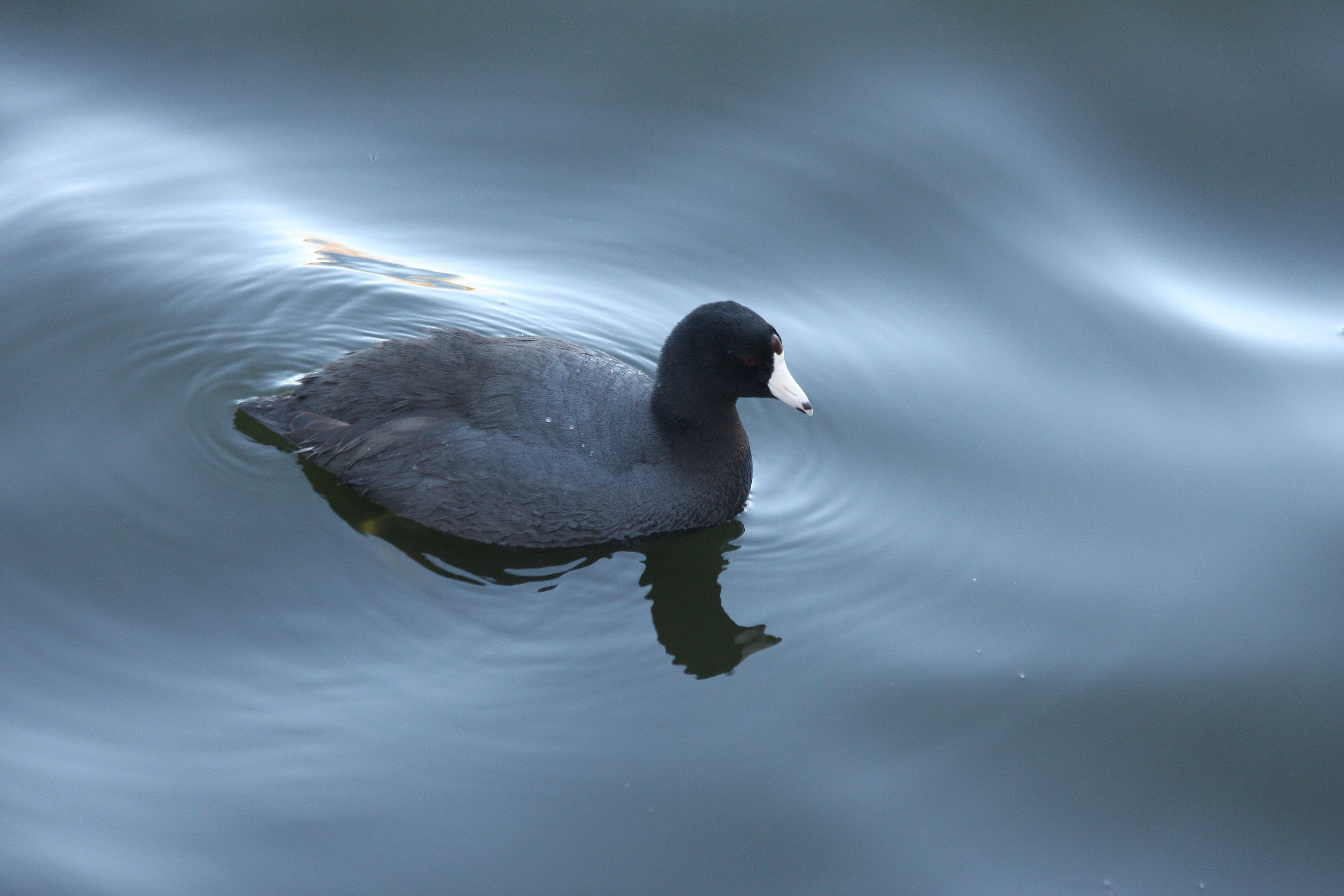 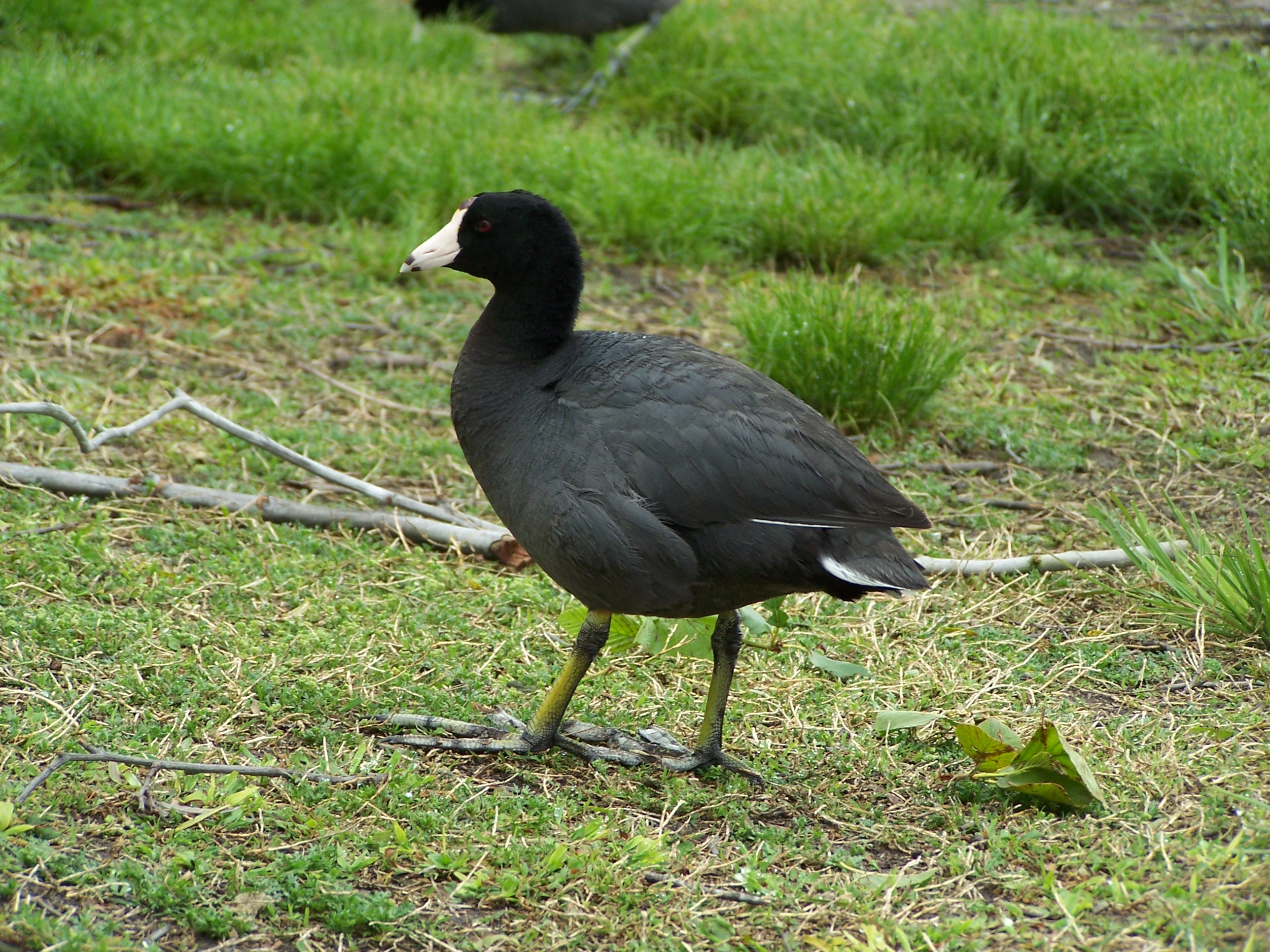 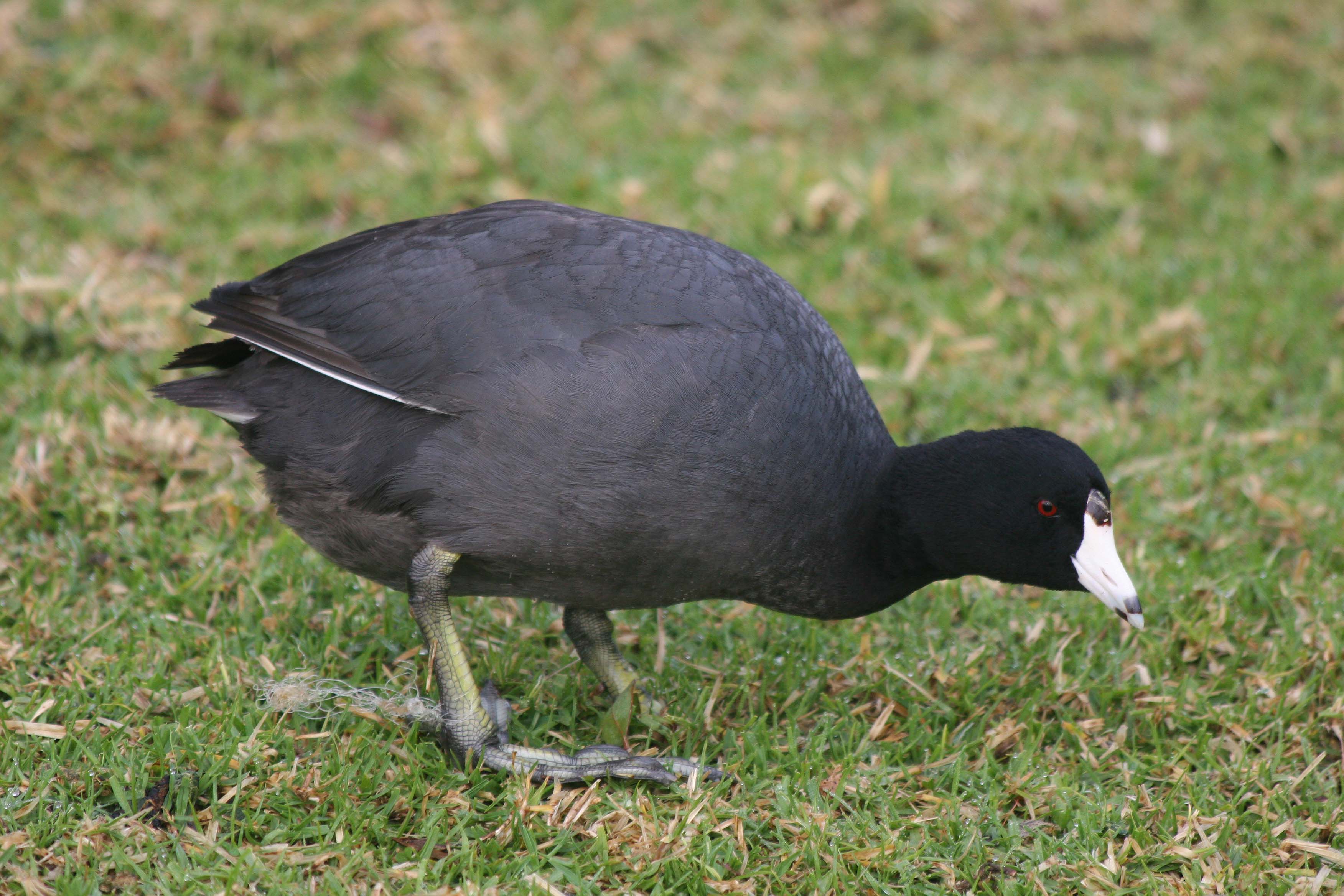 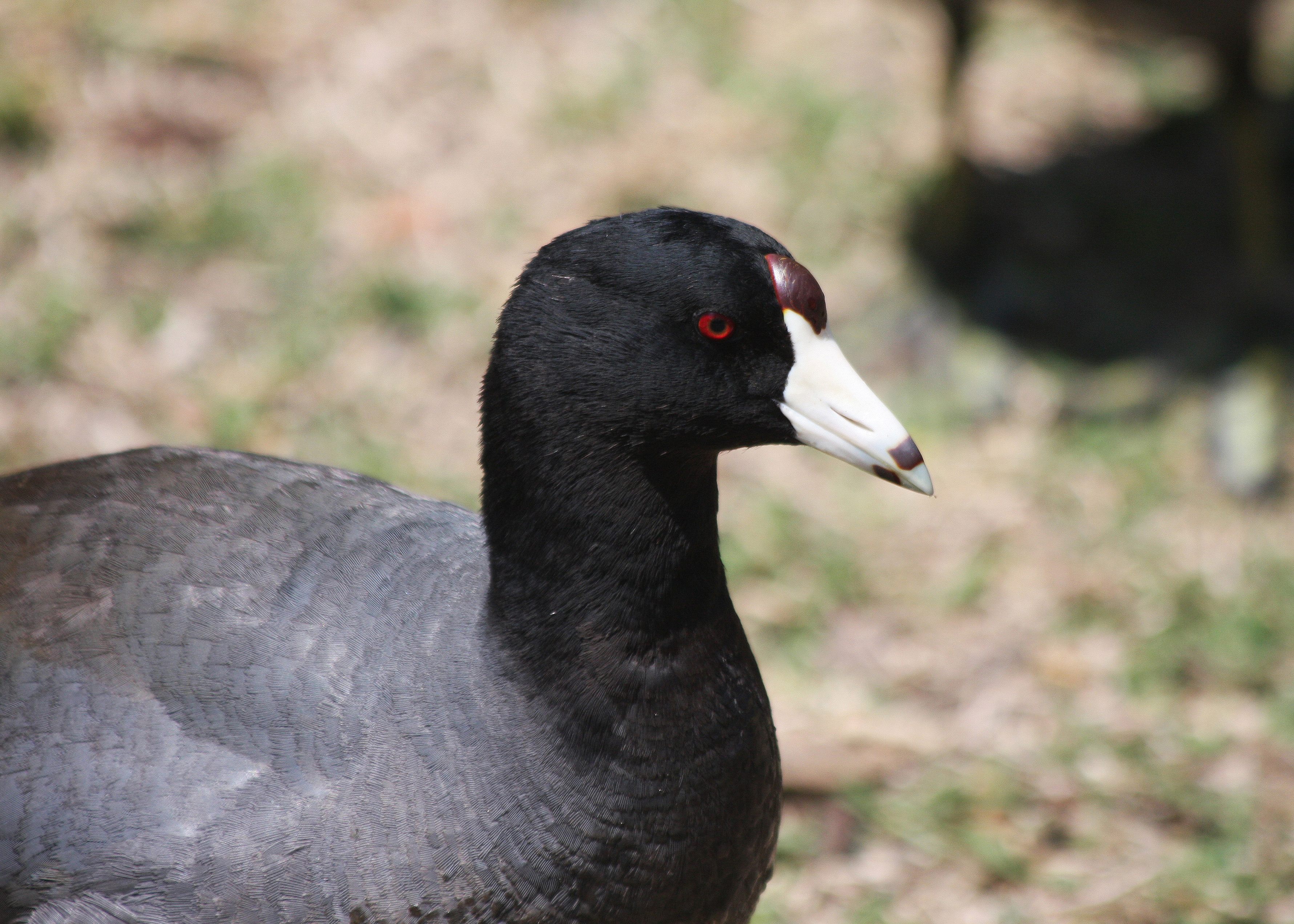 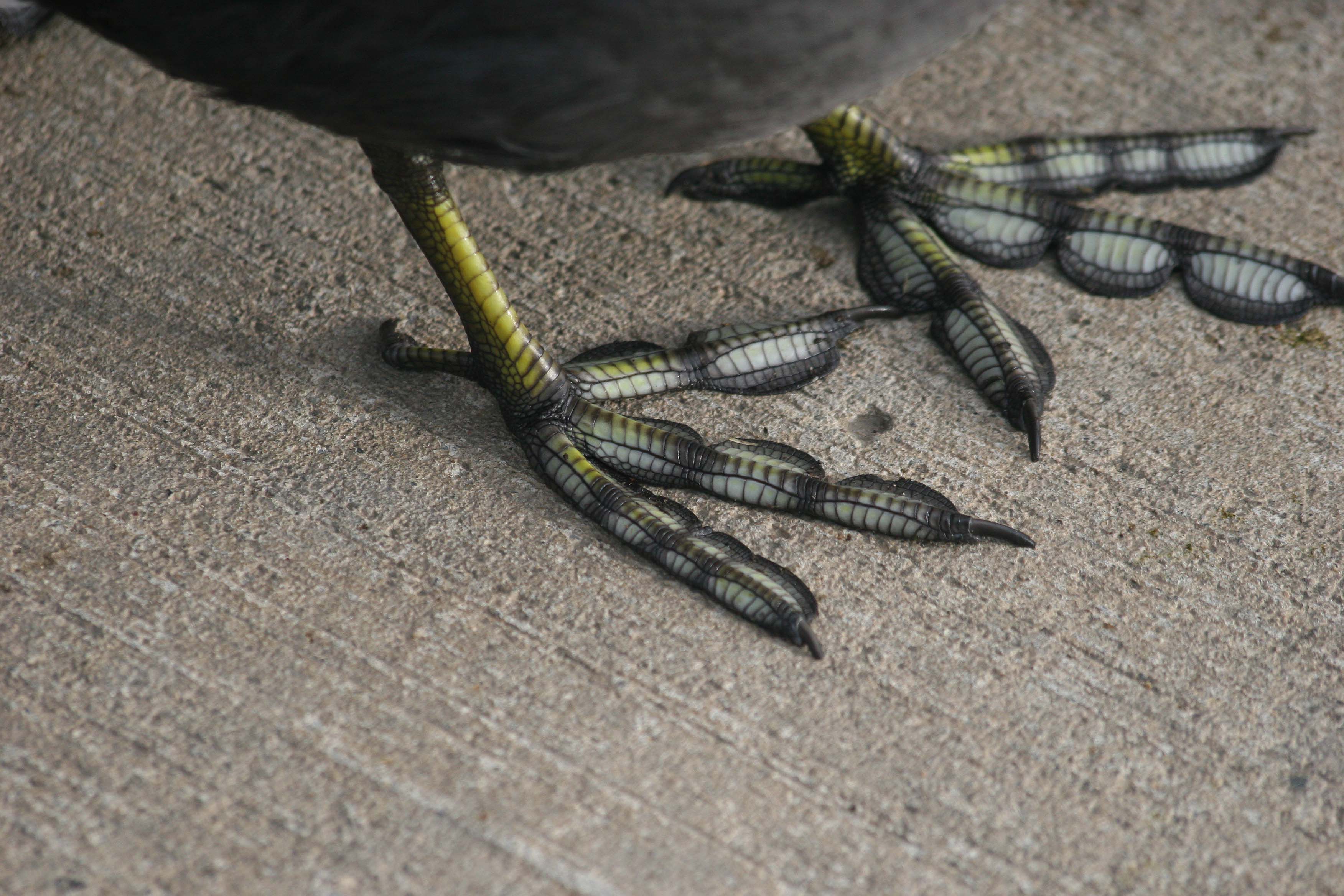 The white spots on the rear are prominently displayed during courtship and during battles over dominance: 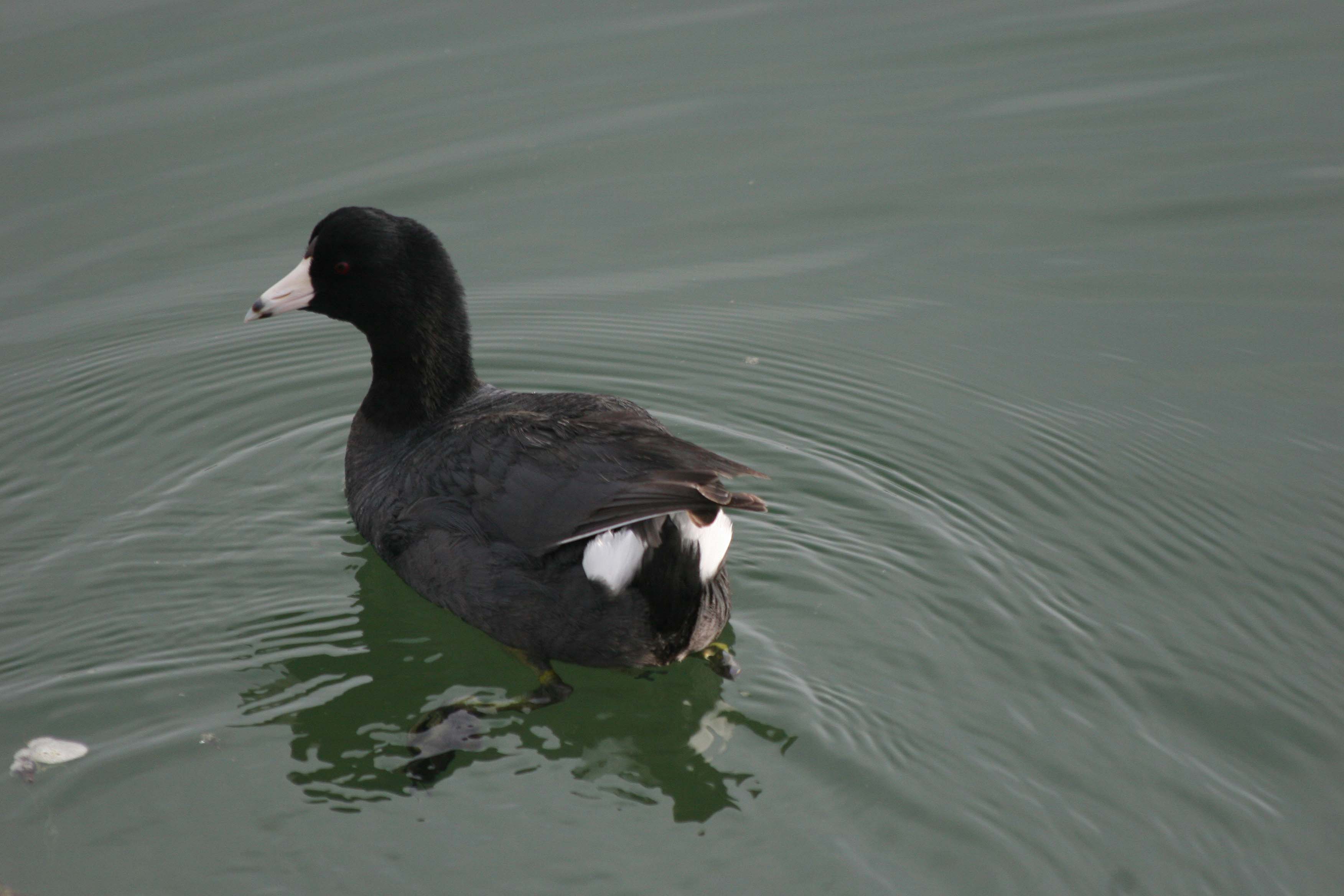 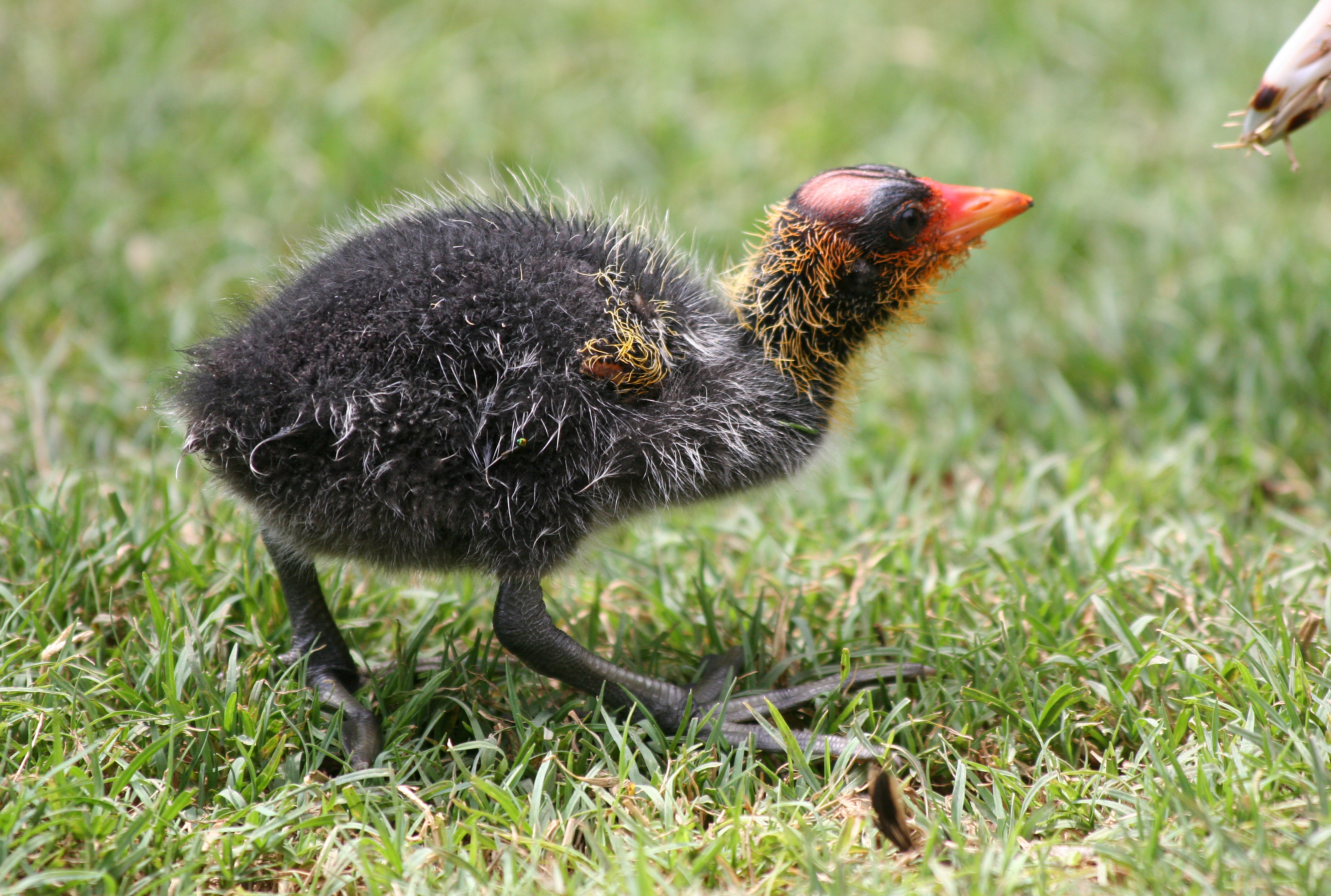 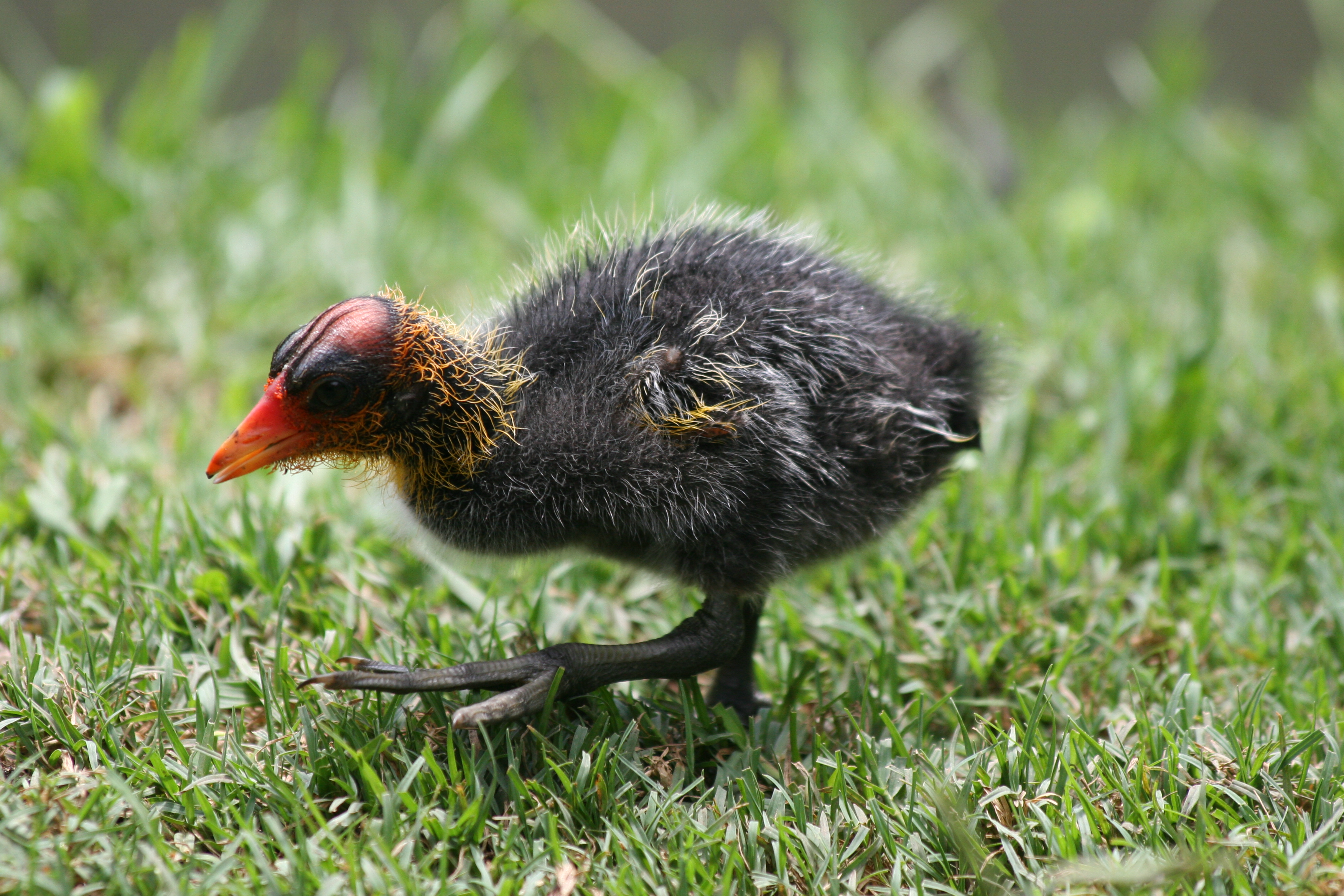 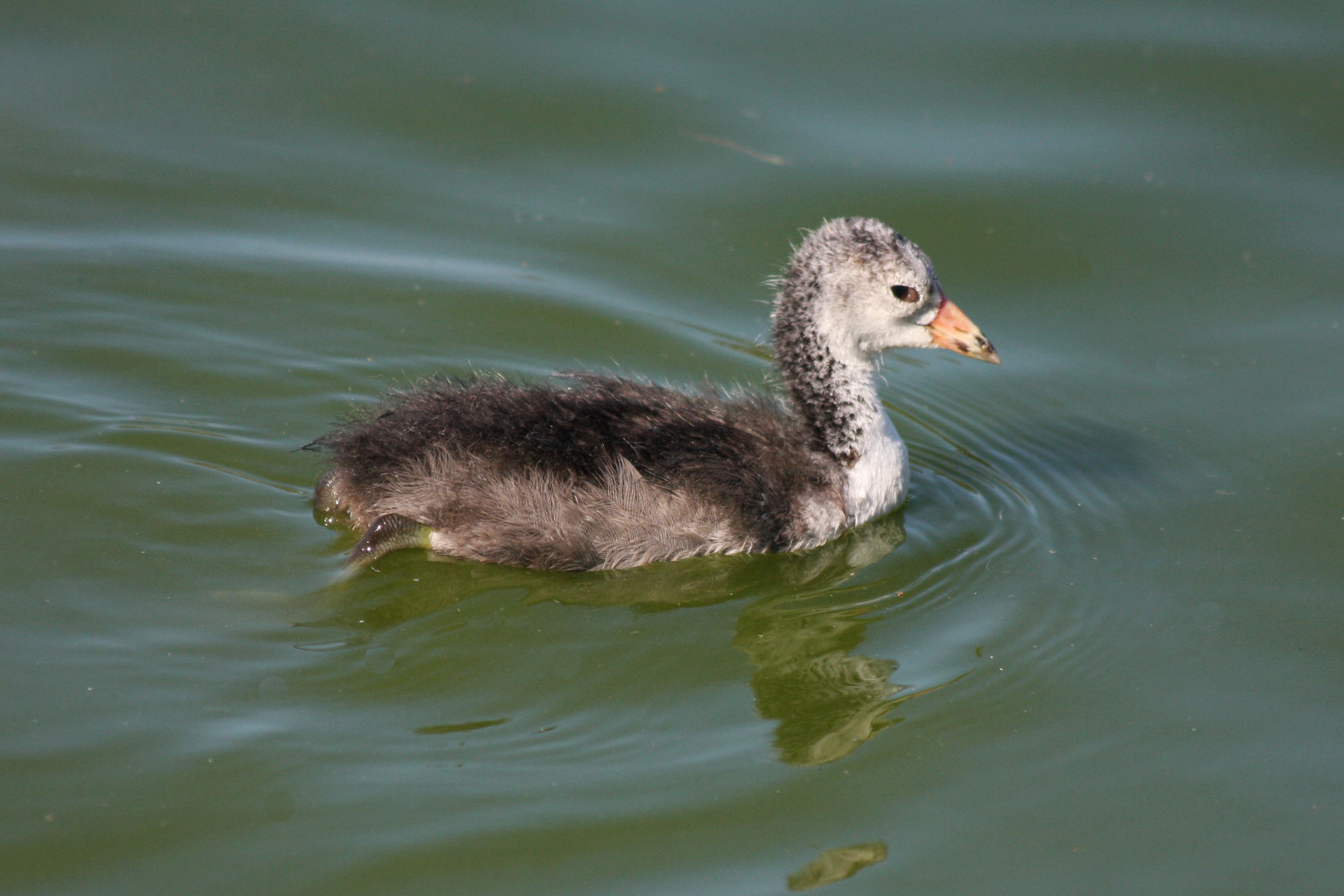 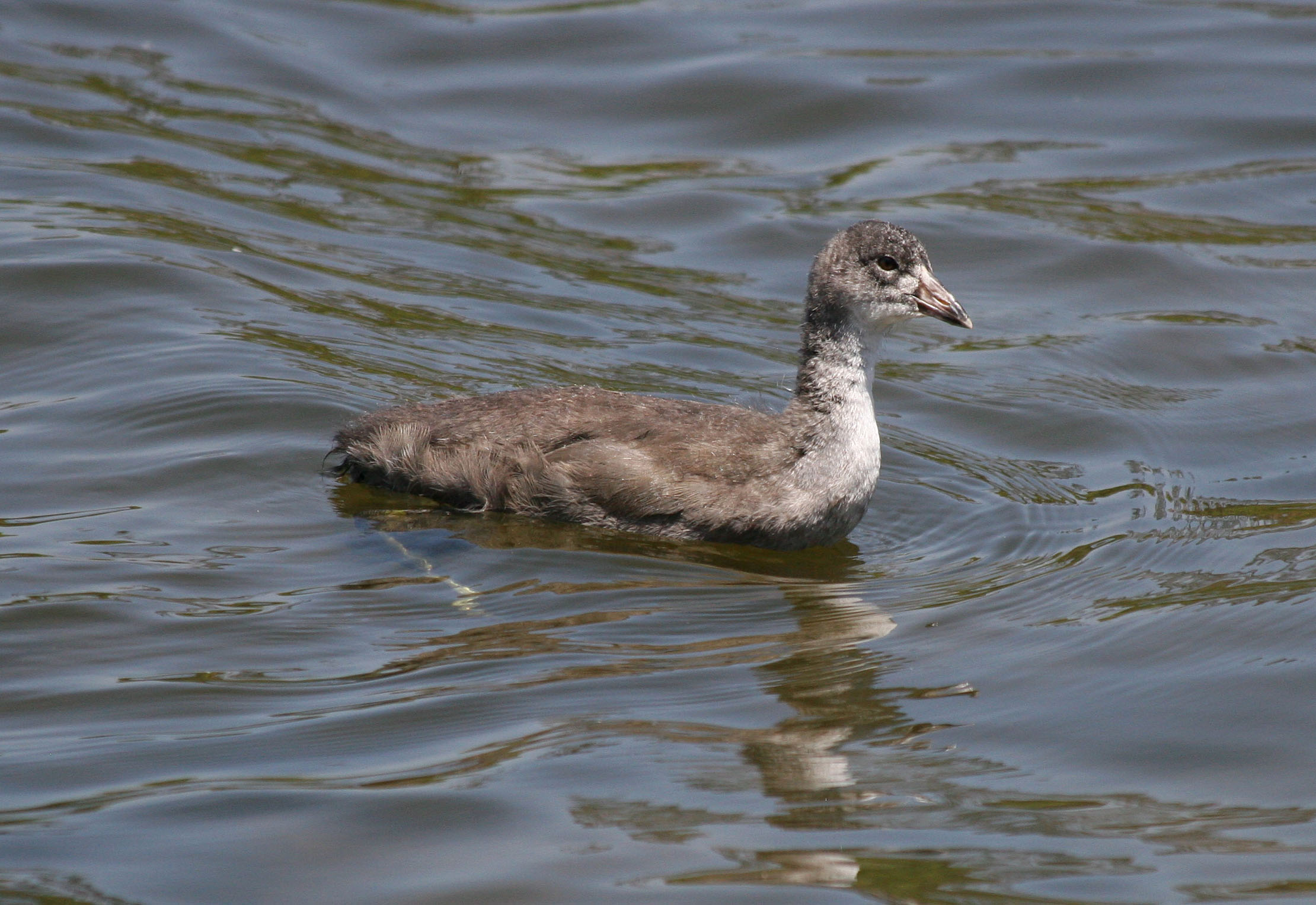 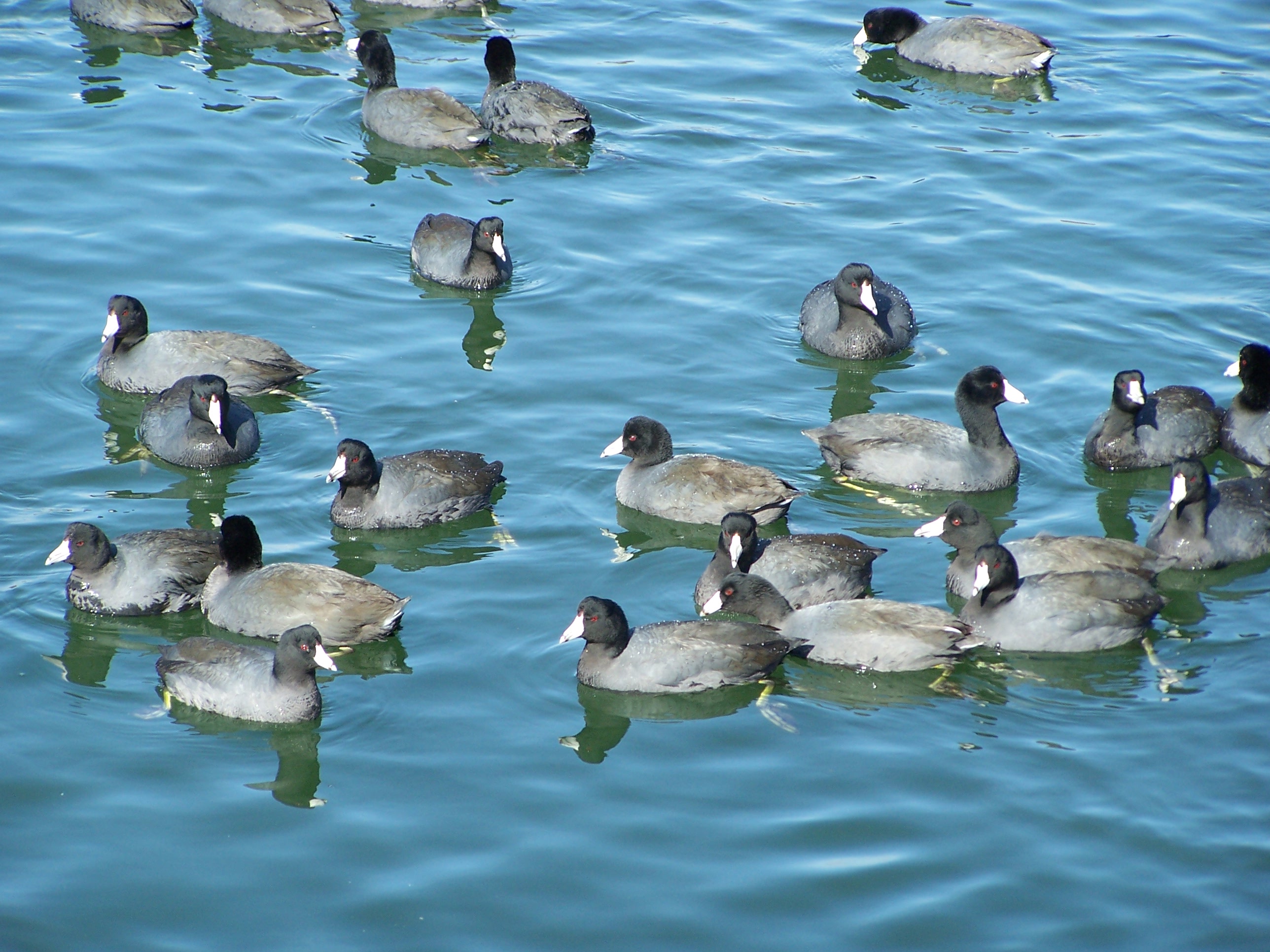 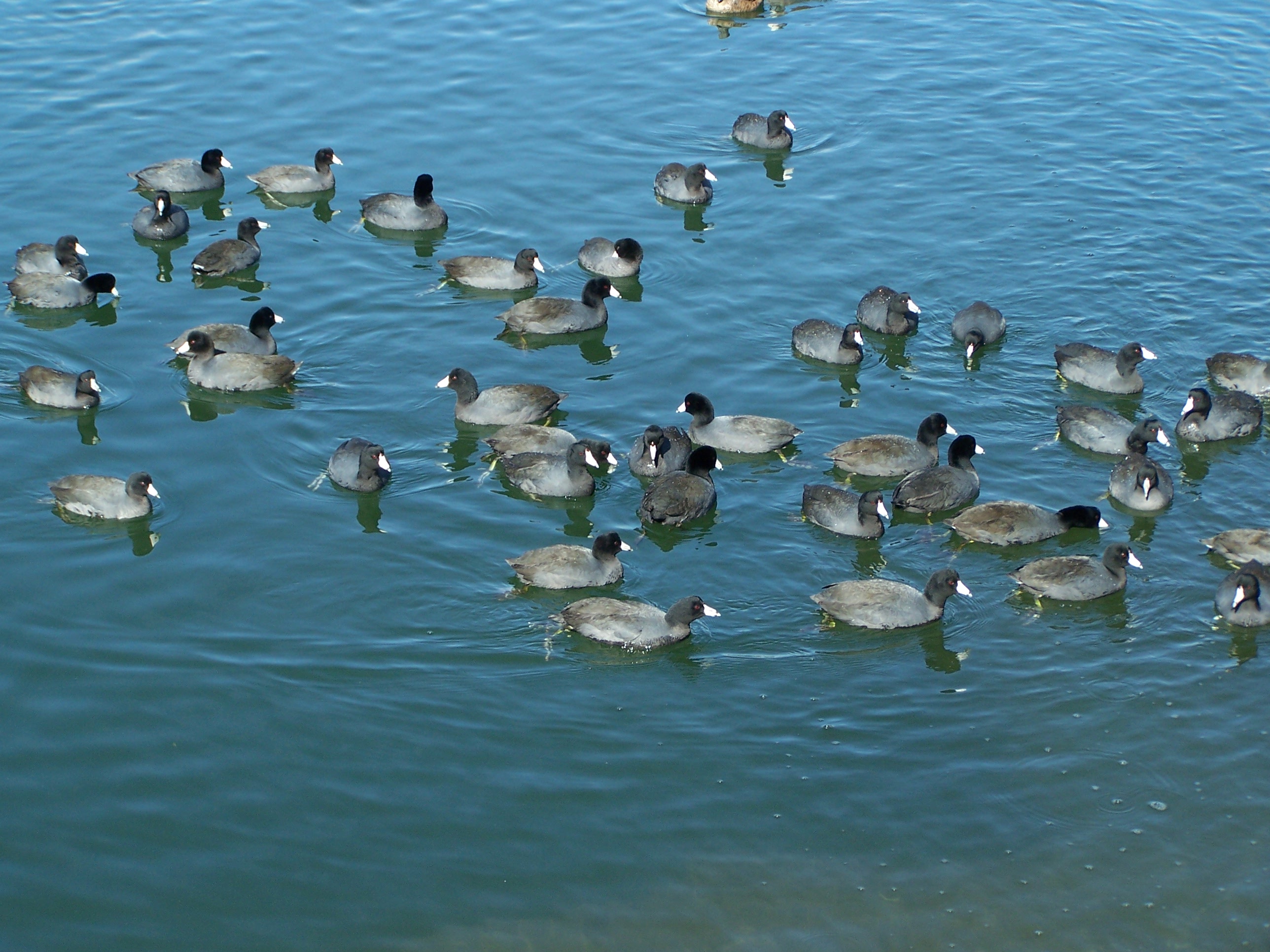 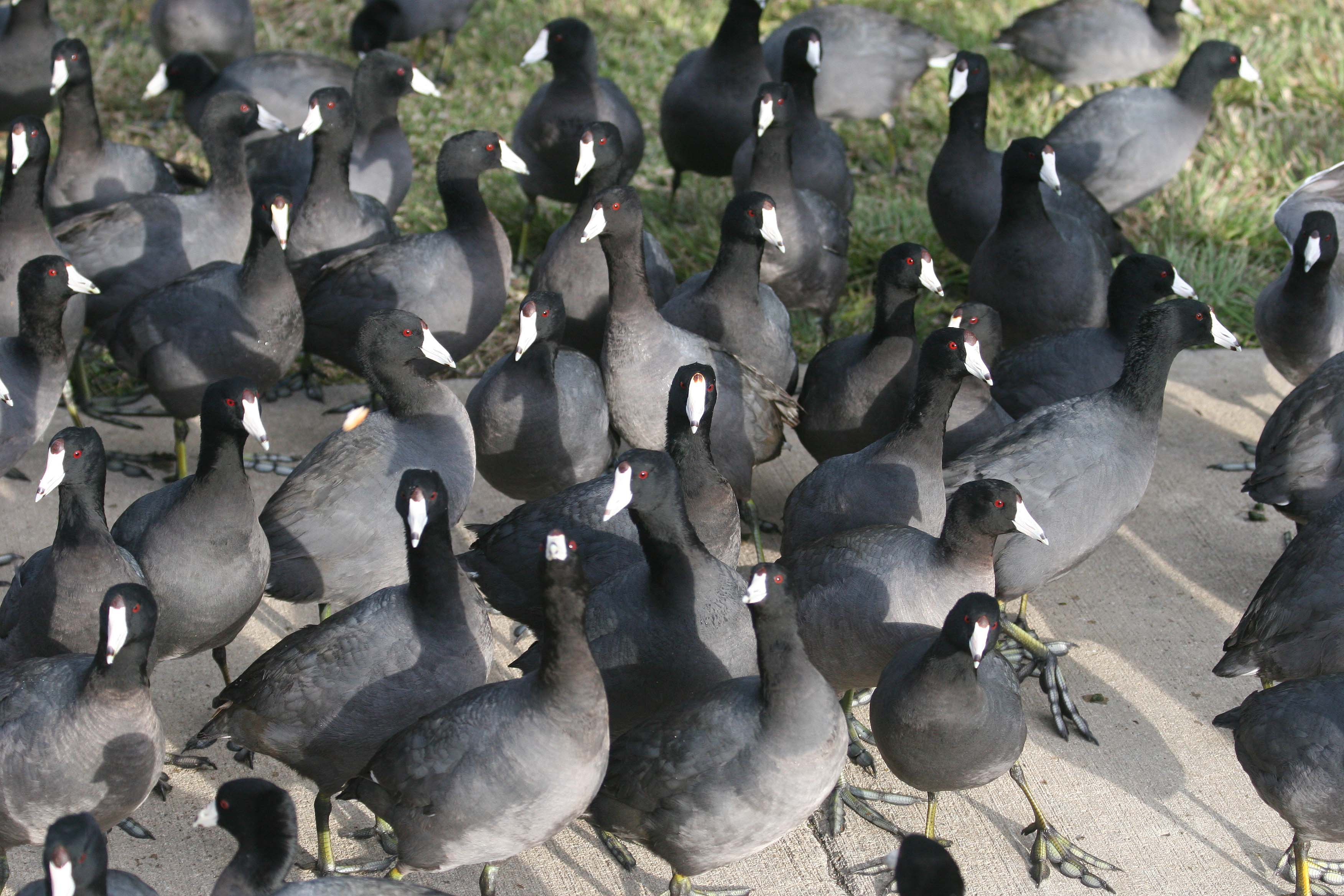 Flock grazin’ in the grass: 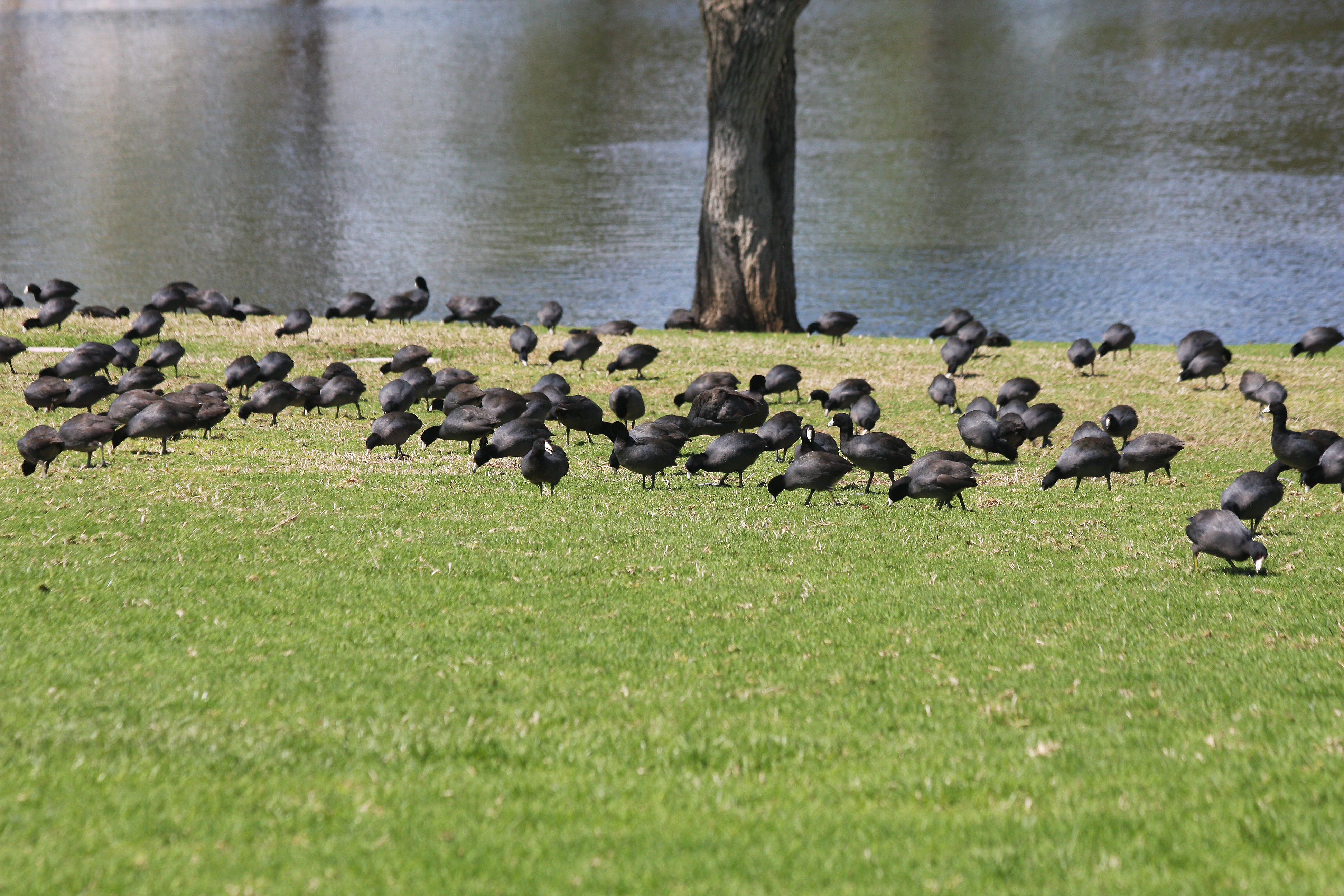