. . . well, the spacecraft hit the asteroid perfectly—couldn’t have been better. It was lovely to see it in real time, with Dimorphos getting bigger and bigger as DART hurtled towards it at 14,000 mph. It’s the first time our species has tried to alter the motion of an extraterrestrial body.

Well, I’m gobsmacked.  Here’s a screenshot I took of Dimorphos about 2 seconds before the spacecraft hit it. 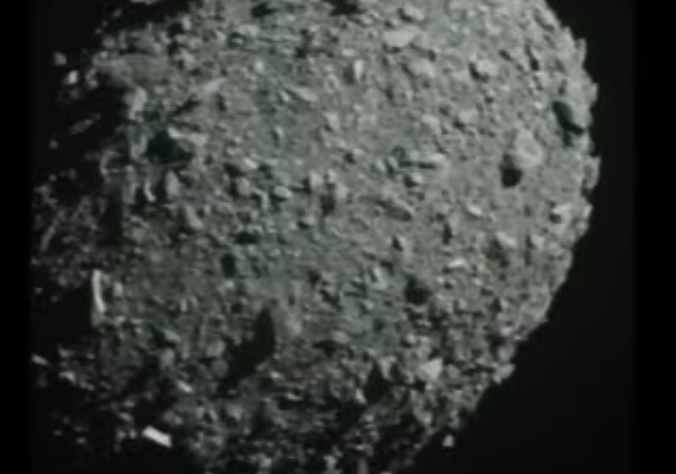