What is this clickbait headline in Haaretz? How can genetics prove that cats are “good”? Is this the naturalistic fallacy? Let us see by clicking the headline: 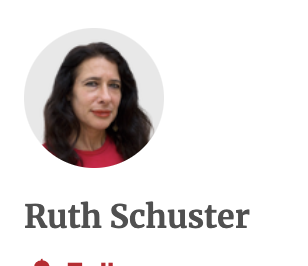 I have to admit I haven’t read the PLOS ONE article to which it refers, but you can see that by clicking on the title below:

Here’s the Big Breakthrough in cat genetics described by Schuster:

The study based on genomic analysis of 10,419 pedigree cats and 617 mutt cats by Dr. Heidi Anderson, senior scientist of feline genetics at the genetic-analysis company Wisdom Panel, Kinship (the paper includes disclosure), published in PLOS Genetics, is a breakthrough in cat research – which is oddly scanty given how popular the delightful little predators are.

Anderson et al checked the 11,000-plus cats for known genetic disease markers to see if specific cat breeds are prone to specific genetic conditions. Her goal: to promote feline health by discovering which genetic mutations are prevalent in which breeds.

Note that some breeds prove to be beautifully diverse and some street cats have mutations that breeds don’t. Such is life.

The general result seems to be that cat breeds are more genetically variable (within a breed as well as among all domestic cats) than are dogs, a result expected because of higher levels of inbreeding in dogs, who are often bred to strict standards. That results in a small effective population size within breeds (and a higher frequency of genes causing diseases and deformities) as well as a greater genetic differentiation between dog breeds. In truth, Schuster doesn’t seem to understand genetics very well, and pads her article with some fluff. There are a few interesting bits, though:

Some cat breeds are diverse because they present recent breed development being created by crossing different breeds, Anderson explains. Some are landrace or natural breeds, which is when a cat population develops certain characteristics in relative isolation (think of the European Shorthair, the Van cat in Turkey, or the Siberian long-hair), and then it gets noticed by cat people and defined as a breed and “bred” accordingly.

. . . Anderson adds that although cat breeds have not speciated to the degree dogs have, they can sometimes tell what breed the cat is from its DNA alone. “It depends how long the breed has existed; more recent breeds will be similar to its ancestral breeds,” she says.

Asked who are the earliest identified breeds, she notes the Egyptian Mau, the Abyssinian and the Maine Coon as examples.

I take issue with the claim that different breeds of cats—or of dogs—constitute different species, because they are not reproductively isolated. True, a great Dane can’t mate with a Chihuahua, and if they do a pregnant female Chihuahua will explode, but they are reproductively connected by a chain of cross-fertile matings. I am not aware that any breeds of cats are reproductively isolated from one another. (This is a question that I was often asked by my introductory evolution students during the lectures on speciation. Many would not accept my answer!)

Schuster is not referring to the Savannah or Bengal breeds, which originated after crossing the domestic cat (Felis catus, descended about ten thousand years ago from the ancestral Egyptian wildcat, Felis lybica) to other species like the Asian leopard cat or the serval. The hybrids are then repeatedly backcrossed to the domestic cat, retaining the wildcat coat pattern but trying to re-instill the size, temperament, and other traits of the domestic cat.

Beyond describing that, there’s not much new here. Different genetic diseases are described in different cats, and they’re not as common as in inbred dogs. Here: have a look at the PLOS ONE abstract. One thing is for sure, though, cats are not “good” in any sense other than being relatively free of genetic diseases (compared to dogs). In that sense, cats are better than the Amish. 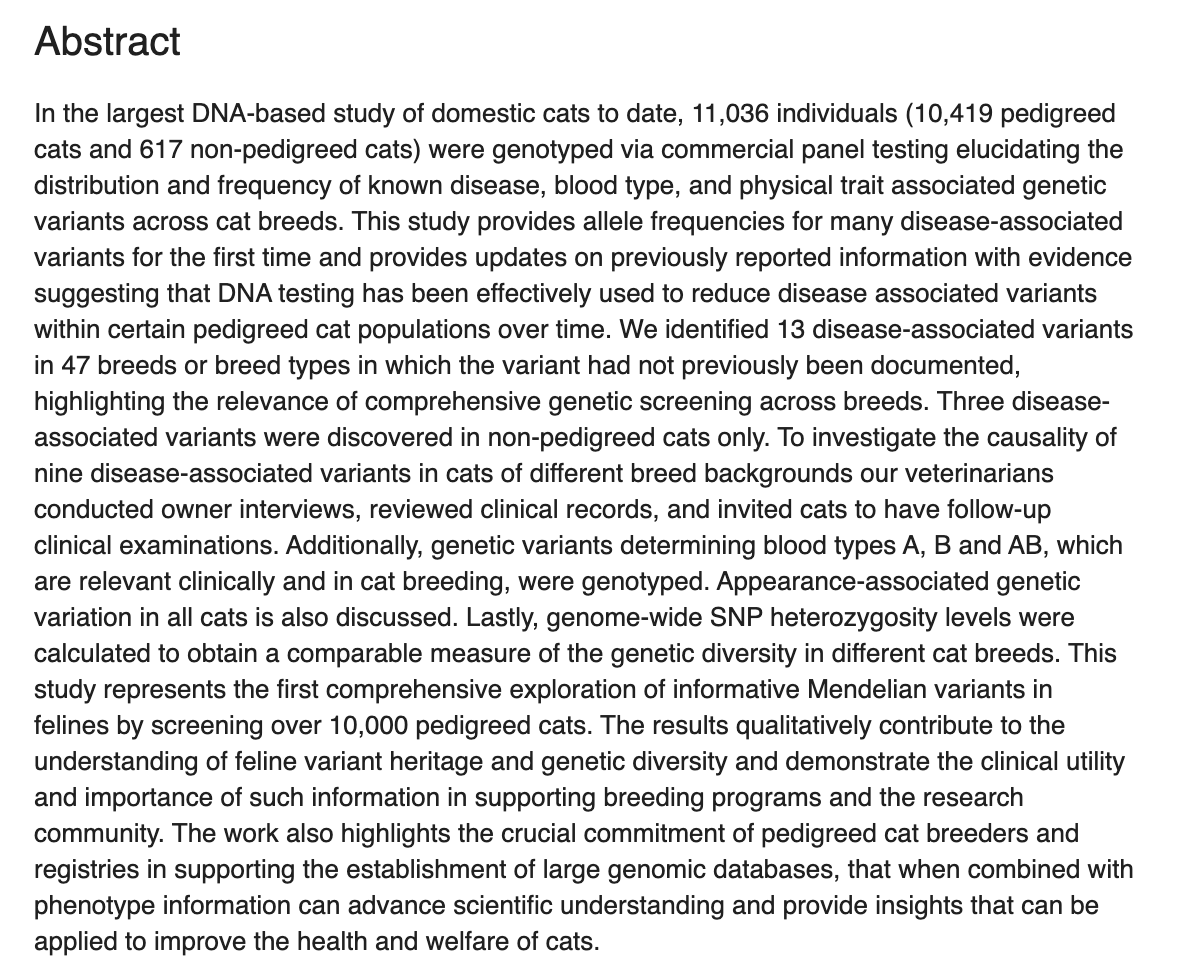 Not every exciting, is it?

In contrast, we have this article from the Guardian (click to read); together the articles imply that cats are good but stupid.

Now this article is not scientific at all but purely anecdotal, based on Dowling’s observation of his dog and his cat. Sample size: N = 1 for each species.  And here’s Dowling’s “proofs”, which will convince only d*g owners who are already believers in d*g intelligence. Dowling’s quotes are indented.

But cats are actually pretty stupid – their approach to problem-solving is only notable for bottomless persistence. As I sit at the kitchen table in the morning pretending to answer emails, I can hear the cat behind me, methodically clawing at the door of the cupboard where the cat food is kept.

I say: “Don’t be insane – I fed you half an hour ago.” But I think: I really don’t want to repaint that cupboard door. After about 10 minutes, I give in.

That’s evidence for stupidity? Yes it is, but of Dowling! The cat got what it wanted, which is why they are persistent in waking you up at 5 a.m. for breakfast. I call that smart. Cats have learned that human patience has limits, and take advantage of that.

Dowling takes his cat to the groomer. While it’s being shorn, the cat once more demonstrates its intelligence, which Dowling construes as “stupidity”:

The next day while the dog is at its appointment, I sit with my laptop in the kitchen, waiting for the driving rain to stop before I cross the garden to my office shed. Behind me the cat is sitting on its hind legs, working on the cupboard door with both paws, like a boxer hitting a speed bag.

“I can’t feed you three times in the same morning,” I say. “Imagine how weak that would make me look.” Ten minutes later, I give in.

And then—get this—Dowling considers his cat stupid because it fails to recognize the now extensively shorn dog when they were friends before the grooming? (The “middle one” isn’t identified here, but is either one of Dowling’s kids or his partner.)

The dog is standing in the middle of the kitchen, freshly shorn, having regained its former outlines. The cat is by the garden door, back arched. The middle one is laughing.

“He’s scared,” says the middle one. “He thinks it’s a different dog.”

The dog takes a step toward the cat, and the cat runs out the door through my legs, across the garden and up the back wall, disappearing into the overhanging foliage.

“That really is stupid,” I say. The middle one goes into the garden. The dog, traumatised and now spurned, looks up at me.

Again, that is supposed to show stupidity? If a cat recognizes his friend the d*g by its appearance, it’s expected (and adaptive) to be freaked if that d*g shows up looking very different. It could be a predator!

I’m sorry, but the stupid one in this story is not the cat.

Now I’m not going to weigh in on whether cats or dogs are smarter. I’m satisfied with the answer given here: each is good at doing what its ancestors were selected to do:

In fact, Horowitz questions the human habit of comparing intelligence across species.

“At its simplest form, cats are smart at the things cats need to do, and dogs at dog things,” she said. “I don’t think it makes any sense at all to talk about relative ‘smarts’ of species.”

Brian Hare, a professor of evolutionary anthropology at Duke University, agreed with that assessment.

“Asking whether a dog is smarter than a cat is like asking whether a hammer is a better tool than a screwdriver — it depends on what it was designed for,” he told Live Science in an email.

In fact, depending on your test of “intelligence,” you can get any of the three answers you want. I prefer cats not because they’re smarter but because they are more humanlike in having different moods and because they’re not servile. They’re also just the right size for a pet to hold, sit on your lap, and sleep with, you don’t have to take them for walks, and they are much easier to care for.

This all reminds me of a tale I’ve told before. I had a pet skunk for six or seven years, and it really did seem dumb to me. When I was in Davis, California, I took it to the UC Vet School for a checkup, and mentioned to the vet that the skunk seemed rather dumb to me. “Dumb?” responded the vet. “He’s perfectly adapted at being a skunk!”

That was a smart vet.

Does your cat chew on your hair? I didn’t think so. But if it does, this article from wikiHow will tell you how to stop it:

Cats sometimes lick or chew their humans’ hair as a sign of affection, just like they groom their feline brethren. On occasion, these behaviors can also be provoked by stress or health problems, or they can result when a kitten is weaned too early. You may like the sentiment but might not want your kitty messing up your hairdo with its saliva. Learn why your cat is so interested in your hair, then you can take the appropriate steps to curb this behavior.

The answer is in two parts: “Determining the cause” (it can be stressed or even depressed, and sometimes Prozac will help!) and “Discouraging the behavior.” It’s all good advice IF you have a hair-chewing cat, and there are also cartoons. Here’s one: 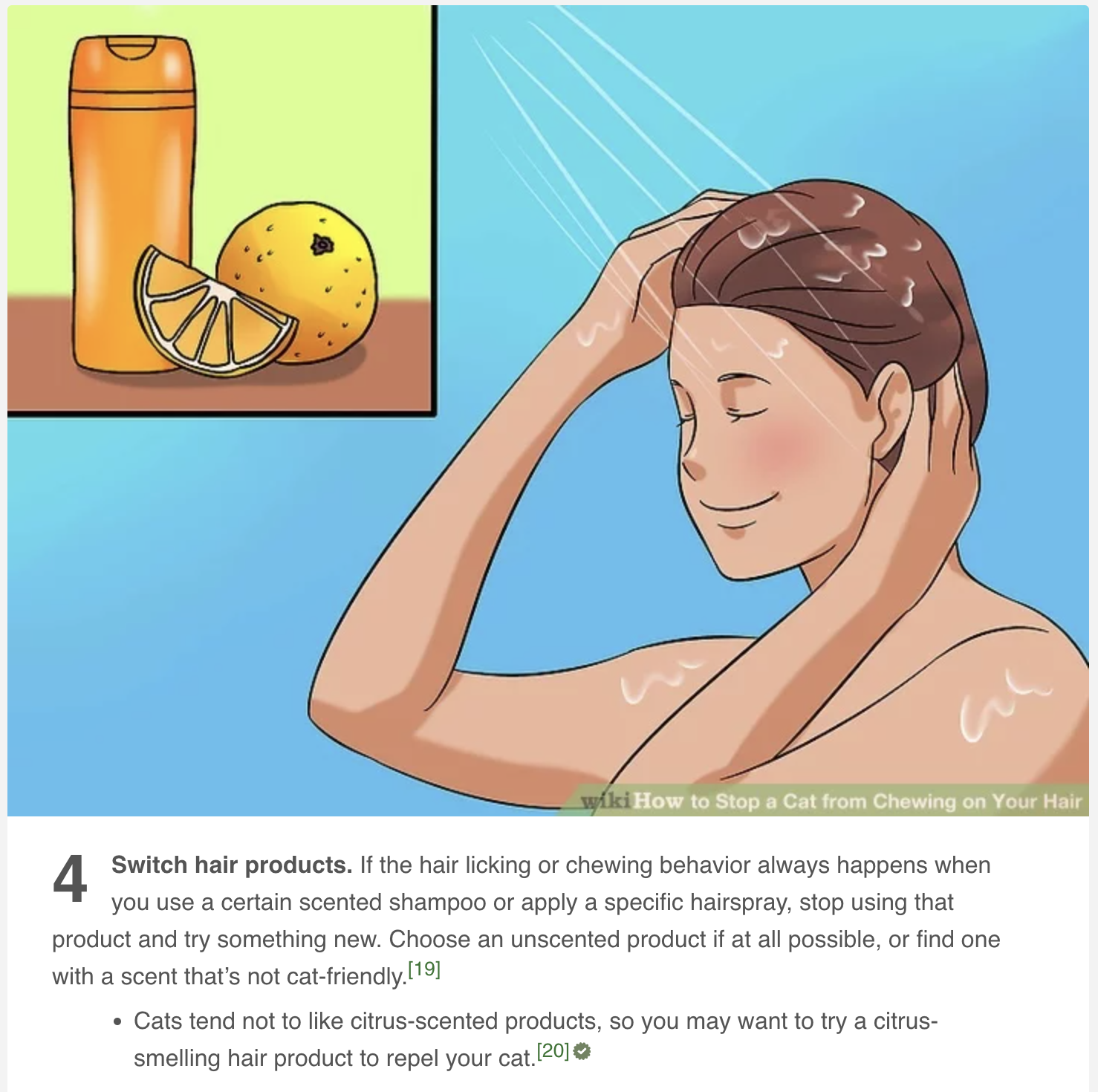 Lagniappe: A cat that brings in the mail!

12 thoughts on “Caturday felids: Genetic analysis proves cats are good; cats proved “stupid”; how to stop a cat from chewing on your hair, and lagniappe”