Good morning on Sunday, June 12, 2022, and it’s International Falafel Day, saved from cultural appropriation by being “International”.  Here are some lovely falafel:

I haven’t been to the Middle East, where falafel reins supreme, but here is the best falafel I’ve ever had in my travels. It’s in Paris in the Marais, and there’s always a line: 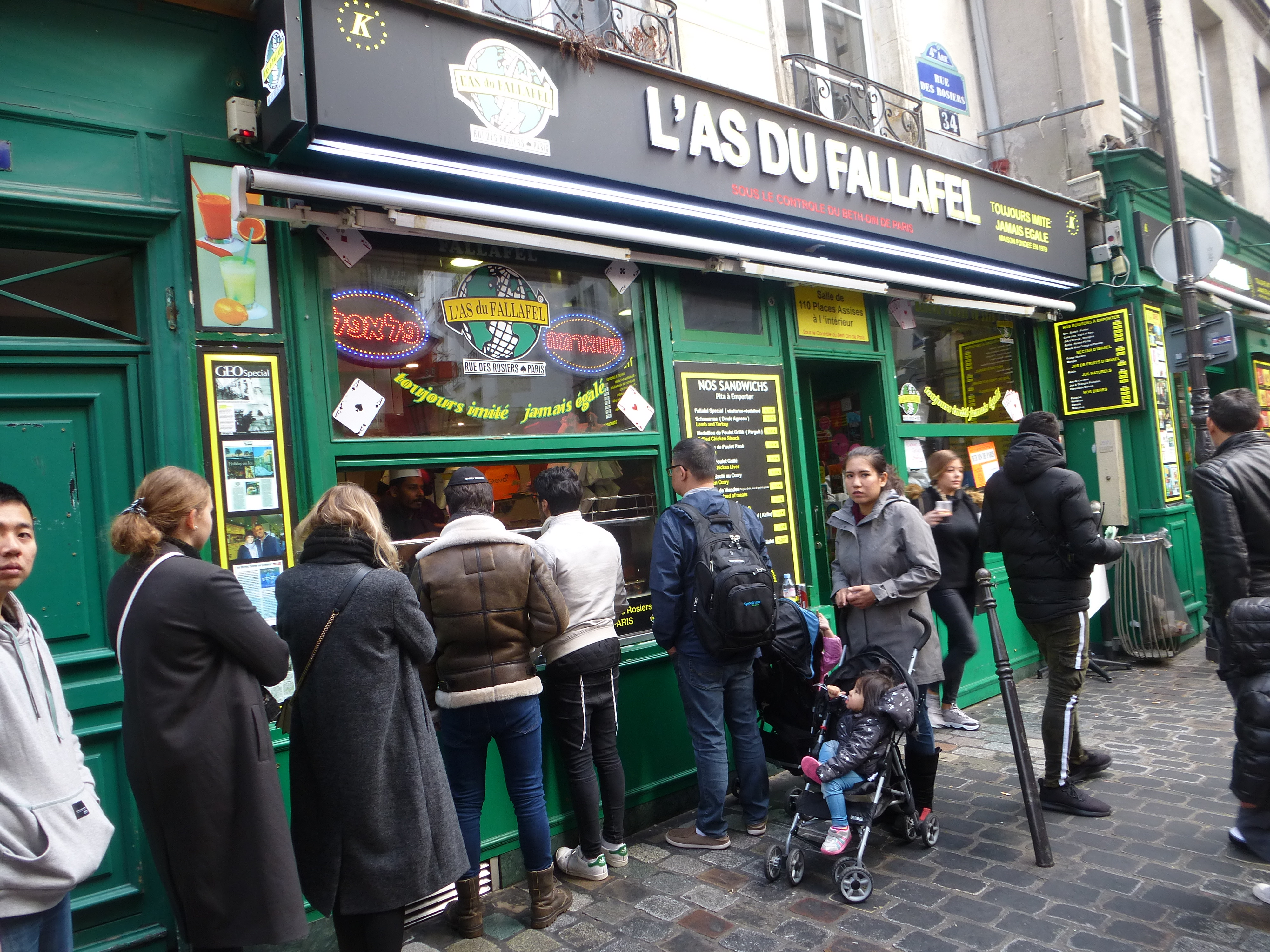 It’s also World Day Against Child Labour as well as Loving Day in the U.S., described as “an annual celebration held on June 12, the anniversary of the 1967 United States Supreme Court decision Loving v. Virginia which struck down all anti-miscegenation laws remaining in sixteen U.S. states.”

Wine of the Day: It’s not secret that I like sweet wines; the real secret is how to find good ones, many of them greatly undervalued (try an Aussie Yalumba Antique Muscat, for instance). Sweet wines can be great value for money, but I did splurge quite a bit on this one, a 2018 Klein Constantia, which cost $60—and for 2/3 of a bottle (500 ml).

This is a historic wine that almost went extinct—well, it actually did for a while. They starting making it from the muscat grape at this estate in South Africa in 1685, and it became a favorite of many, including Louis XVI and Marie-Antoinette, Napoleon while in exile in St. Helena, Queen Victoria (who reportedly had a glass every night), Baudelaire, and, in the U.S., George Washington and John Adams, the latter describing it as among the “most delicious wines of the world.” It even gets an approving nod in Jane Austin’s Sense and Sensibility as “the finest old Constantia wine.”

An increase in British tariffs reduced production to almost nothing, and then nothing, with the wine no longer produced after 1872.  But estate was restarted in 1980, and the quality seems back to what it was then—well, at least it’s an indescribably delicious tipple. It’s sweet but not unctuous, with a light straw color.

The odor is unique: a mixture of classic muscat fragrance combined with what I identify as lemon, straw, and a bit of oregano. I will probably never have another bottle of this, as it’s rare and pricey but I got seven glasses from it (you need only a little), so it’s only about $8.50 per glass. (You’d pay more than that for a glass of mediocre red in a restaurant.) It is very highly recommended by all critics (see the captious James Suckling’s review here). If you have a wine-loving friend who likes “stickies”, this would make a great Christmas gift, if you can find it.

It was stunning now but is said to get even better with age. I couldn’t wait. 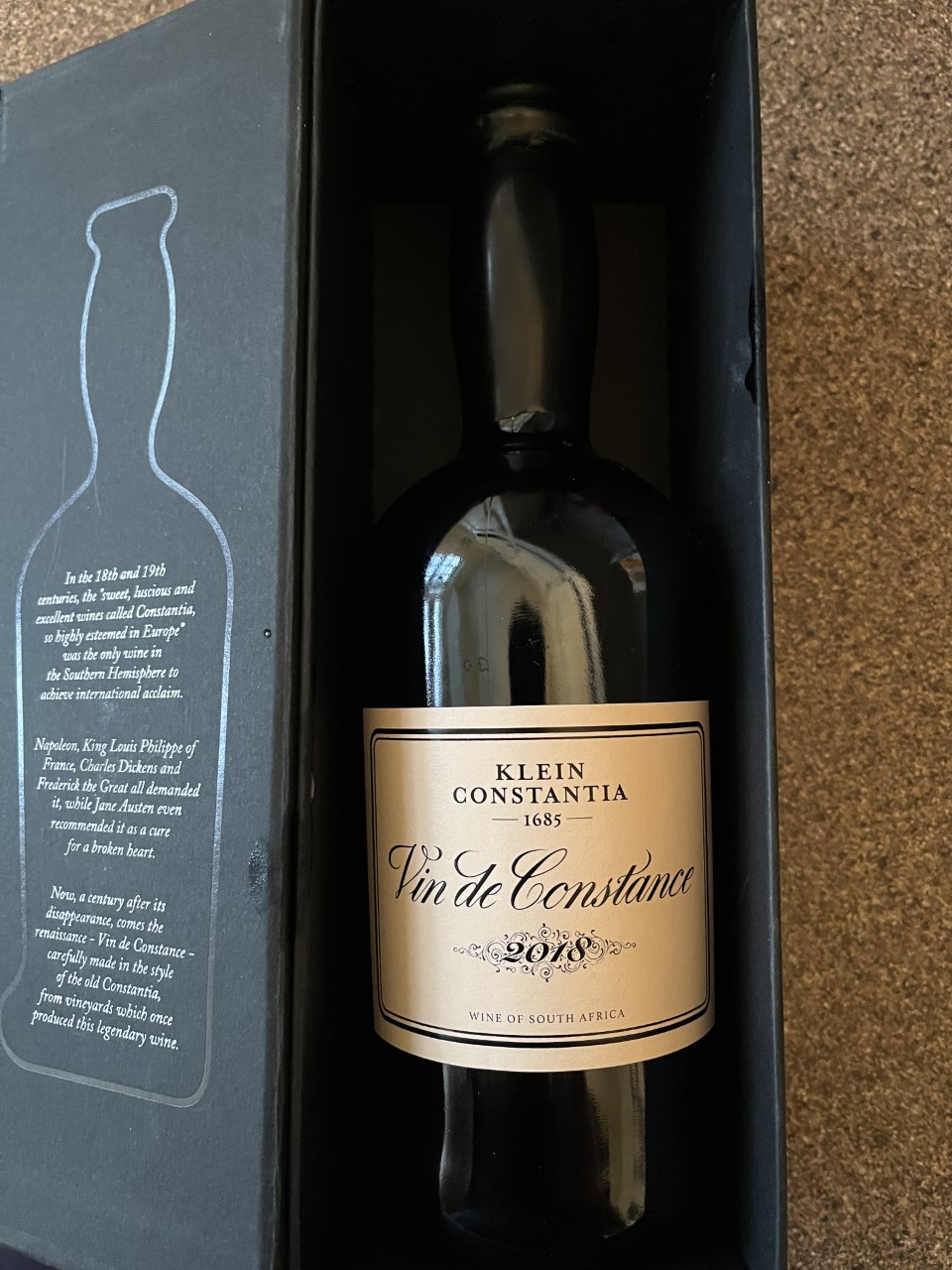 Stuff that happened on June 12 include:

Here’s a dandy horse from about 1820. Seems crazy to me, and not that efficient. Scooters would be better: 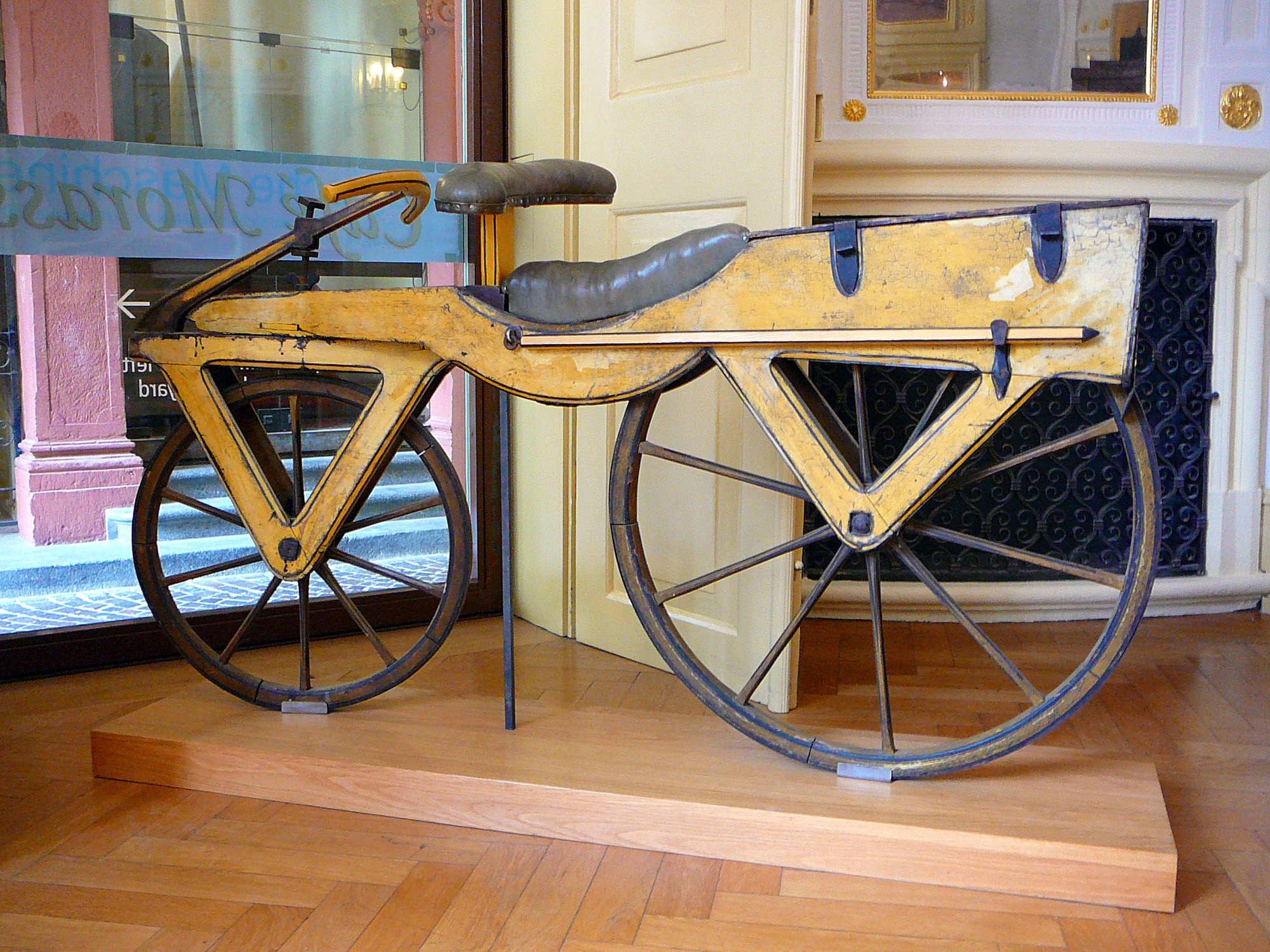 And the plaque of my favorite player, though the image is a bit ghoulish: 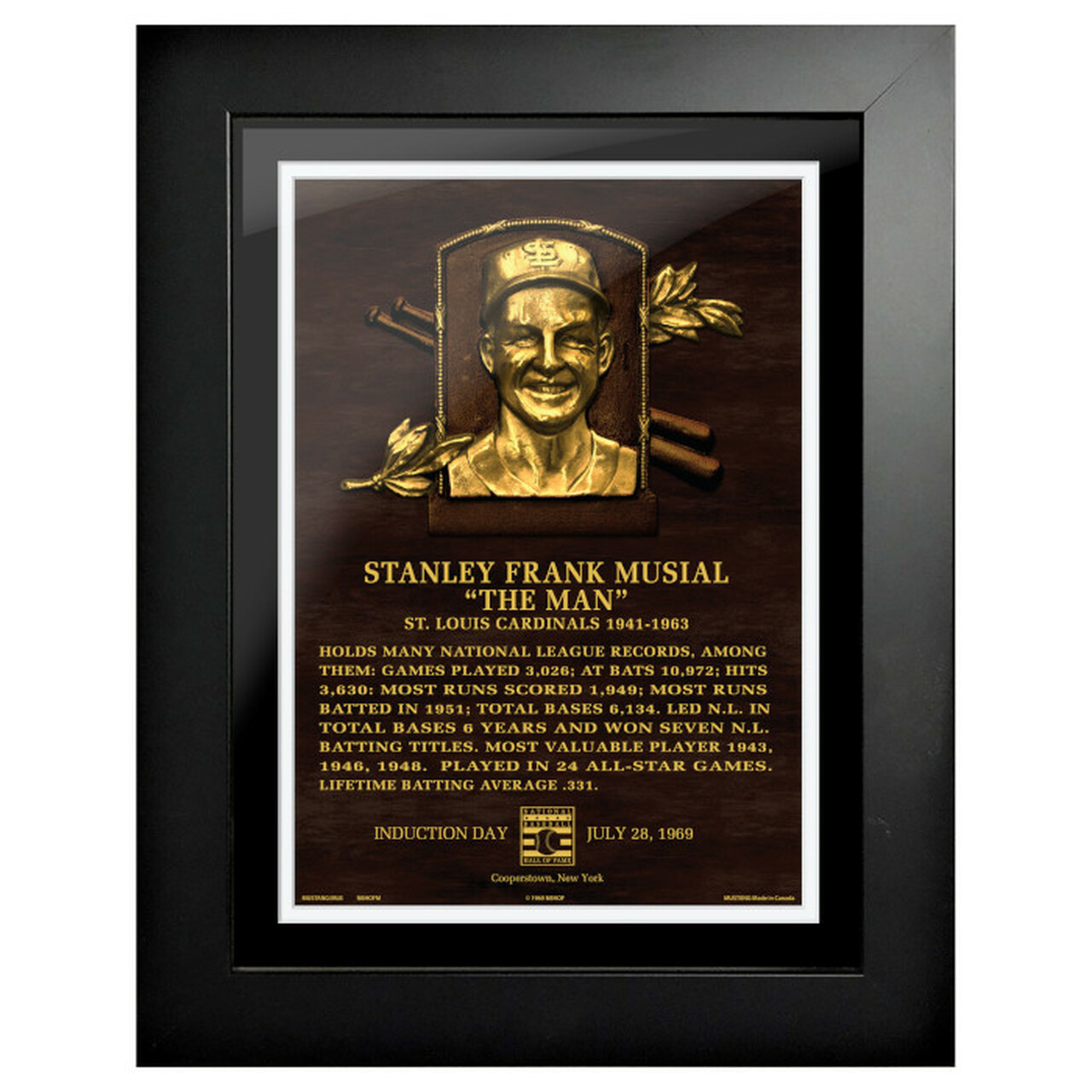 There was more than one diary. Here’s the story of her diary, showing a collection of Anne’s writings. The checkered book on top is the one she was given on this day. You can see a photo here, but I dare not post it because the last time I used two photos from the Anne Frank site, they charged me $160 post facto, saying I’d have to pay even if I removed the photos to make up for the money I (don’t) make on this website. The organization is venal.

You can see why from the scene below when Cleopatra enters Rome:

Here are Mildred and Richard Loving in 1967. They were convicted in Virginia, brought suit before the Supreme Court, and won with a unanimous decision. 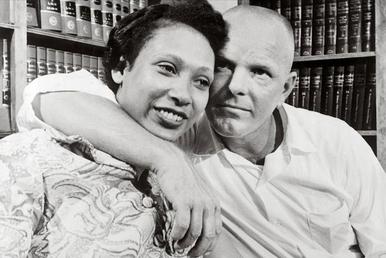 The Pulse Nightclub was torn down and replaced with this memorial: 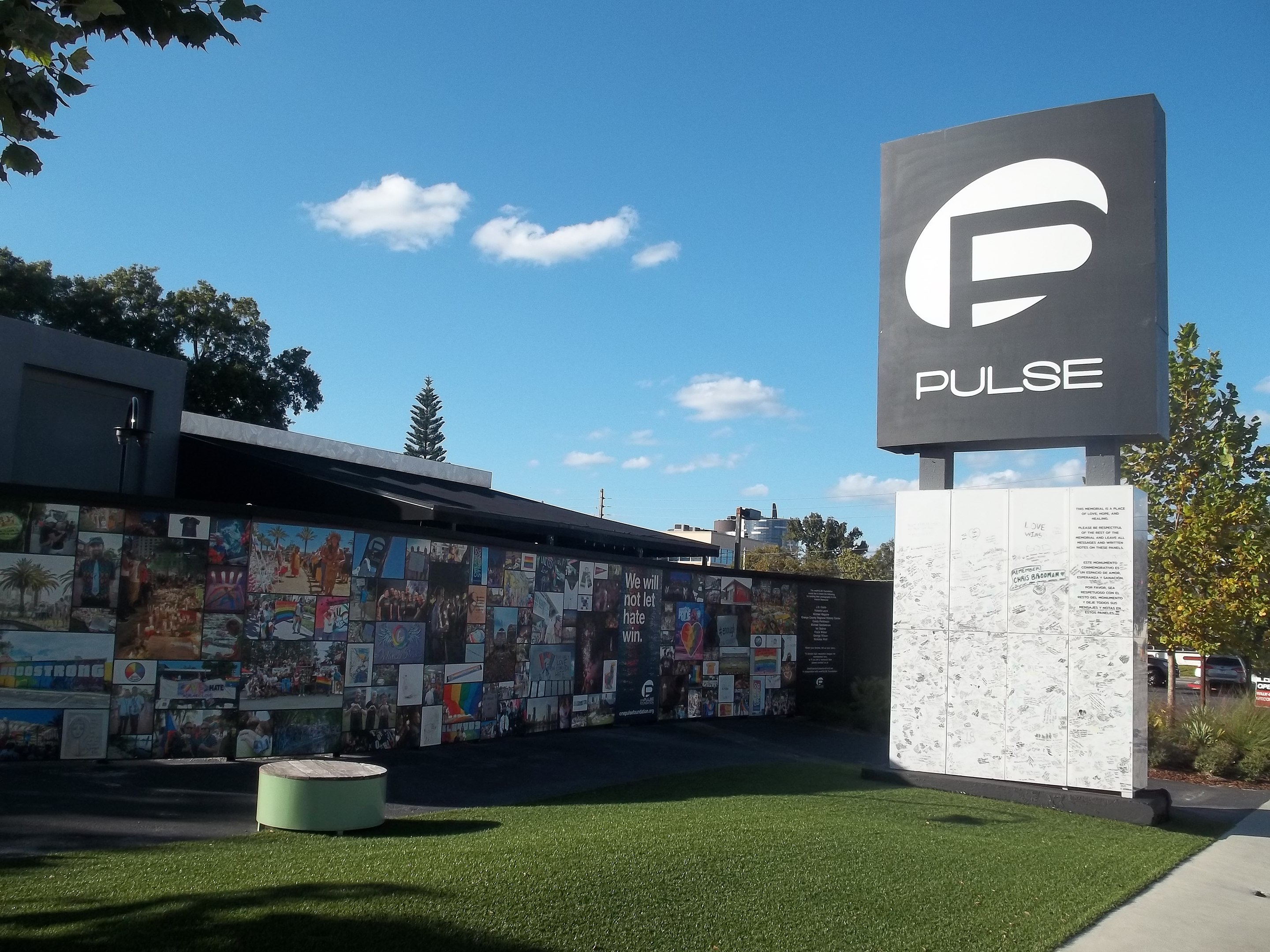 Nothing came of it, of course, and I doubt anything will ever come from our negotiations with the DPRK. Lots of avoirdupois here!

*It’s a fraught summer in Kyiv, as the Associated Press reports in this article and in the video below. The fighting is mostly elsewhere, but the air raid sirens blow regularly, and many of the male residents are preparing to fight in the east or south.

Many, but by no means all, of the 2 million inhabitants who Kyiv Mayor Vitali Klitschko said had fled when Russian forces tried to encircle the city in March are now returning. But with soldiers falling by the hundreds to the east and south, the surreal calm of Kyiv is laced with nagging guilt.

“People are feeling grateful but asking themselves, ‘Am I doing enough?’” said Snezhana Vialko, as she and boyfriend Denys Koreiba bought plump strawberries from one of the summer-fruit vendors who have deployed across the city, in neighborhoods where just weeks ago jumpy troops manned checkpoints of sand bags and tank traps.

Now greatly reduced in numbers and vigilance, they generally wave through the restored buzz of car traffic, barely glancing up from pass-the-time scrolling on phones.

With the peace still so fragile and more treasured than ever, many are plowing their energies, time, money and muscle into supporting the soldiers fighting what has become a grinding war of attrition for control of destroyed villages, towns and cities.

*Photos of the prisoners at the US base in Guantanamo Bay are rare, but Wikileaks released some, and the NYT has now published several it got via the Freedom of Information Act.  Here’s one of them.  We should not be keeping prisoners there; they need to be tried or released; indefinite detention without trial is illegal on US soil. 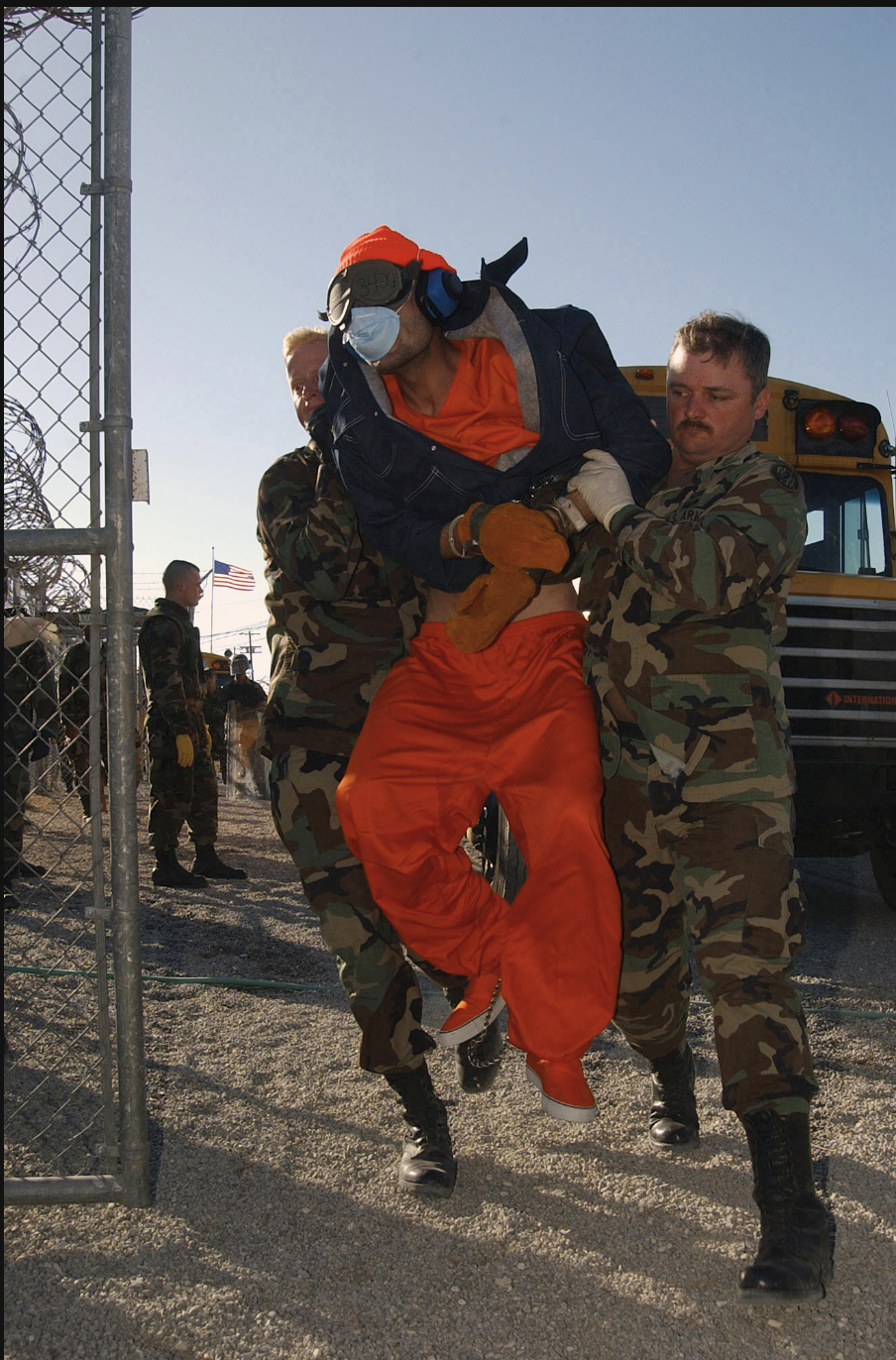 *On Friday evening the average price of a gallon of gas hit $5 for the first time ever. the Rubicon has been crossed!

Some drivers are purchasing fewer gallons on each visit to gas stations but making more frequent trips to fuel up. Patrick De Haan, head of petroleum analysis at price tracker GasBuddy, said consumer resilience has remained relatively strong, even as demand has started to waver. He projects people will more significantly adjust their driving habits when gas hits between $5.40 and $5.50.

That is around the price that, adjusted for inflation, would surpass the 2008 peak for gas prices, Mr. De Haan said.

Read the new WaPo editorial by Madline Voschl, “I’m a Texas teacher. Here are all the thinks I’m asked to be“. If you think you have a tough job, trying being a public high-school teacher in a district where 60% of the students are economically disadvantaged, with many so hungry that the teacher buys snacks for the kids. On top of that, they had to maintain covid and mask regulations, and many are the family’s main breadwinners, leaving them little time to study.  (h/t David)

We’re asked to be guards, caretakers, public health officials, life coaches. It’s impossible to do everything, but we’re asked to do it all because no institution outside our schools will.

The police won’t keep my students safe. Politicians won’t regulate guns. Billionaires won’t pay their taxes, money that might go to the schools. So we teachers do more. And when we can’t, it’s the most vulnerable children who feel the effects.

The teachers in Uvalde acted as human shields, giving their lives to try to save their students. But the truth is, no matter how hard we try, we can’t keep them safe on our own.

Truly, dedicated teachers like Vosch are the unrecognized heroes of America.

*Analyzing the Congressional hearing on the January 6 insurrection, The New York Times suggests that Congress is laying the grounds for a criminal case against Trump.

The first prime-time hearing into the Jan. 6, 2021, attack on the Capitol this past week confronted the fundamental question that has haunted Mr. Trump, the 45th president, ever since he left office: Should he be prosecuted in a criminal court for his relentless efforts to defy the will of the voters and hang on to power?

. . . Several former prosecutors and veteran lawyers said afterward that the hearing offered the makings of a credible criminal case for conspiracy to commit fraud or obstruction of the work of Congress.

But there are many obstacles to putting the Orange Man in an Orange Suit, one of the most daunting being to prove that he acted with the intent of fomenting an insurrection:

“Unless there’s more evidence to come that we don’t know about, I don’t see a criminal case against the former president,” said Robert W. Ray, a former independent counsel who investigated President Bill Clinton and later served as a defense lawyer for Mr. Trump at his first Senate impeachment trial.

“Whatever the Proud Boys had in mind when they stormed the Capitol, I don’t see how you’d be able to prove that Trump knew that that was the purpose of the conspiracy,” Mr. Ray added. “Whether or not he ‘lit the fuse’ that caused that to happen, the government would have to prove he knowingly joined that conspiracy with that objective.”

*Below is a re-election ad for the biggest loon in Congress, Colorado Republican Lauren Boebert.  She shows her political prowess by winning a demolition derby. (Note that she’s also packing heat.)

Meanwhile in Dobrzyn, Hili gets a taste of her own medicine:

Hili: This borders on persecution.
Małgorzata: What are you complaining about now?
Hili: About the lack of inclusivity. 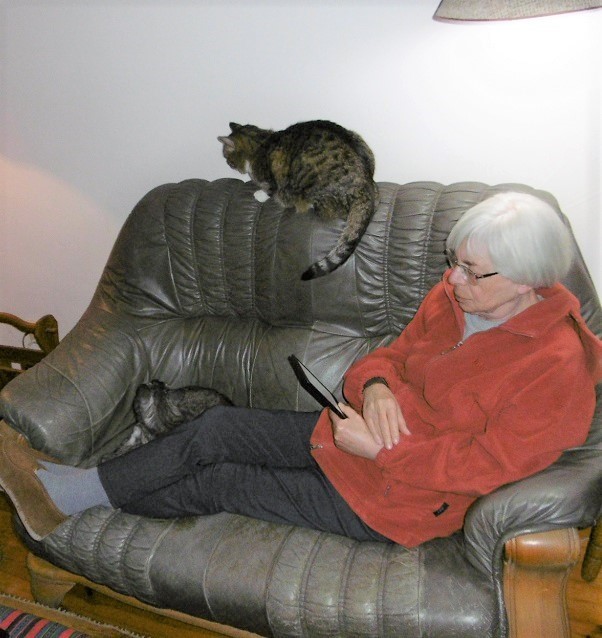 And a photo of Kulka from Paulina: 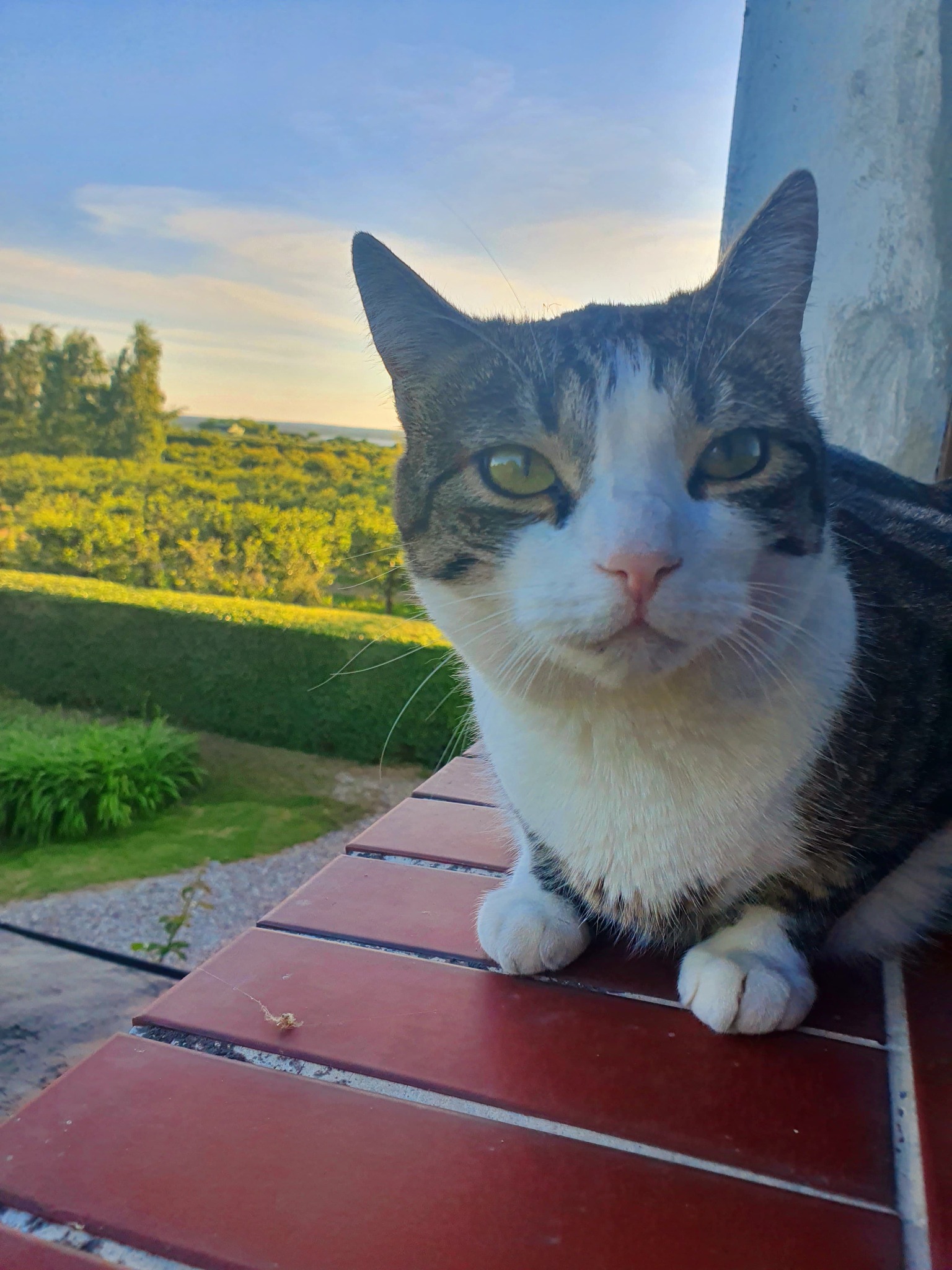 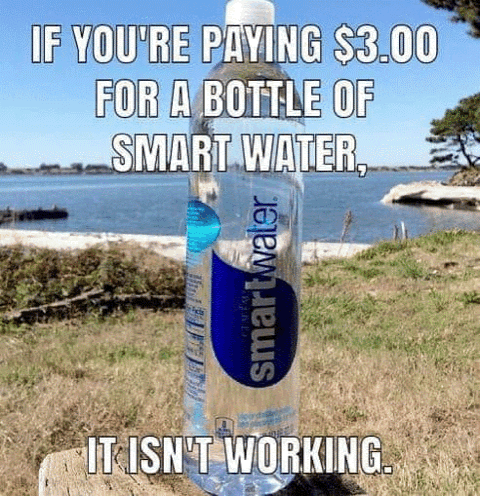 The last box on earth from cats 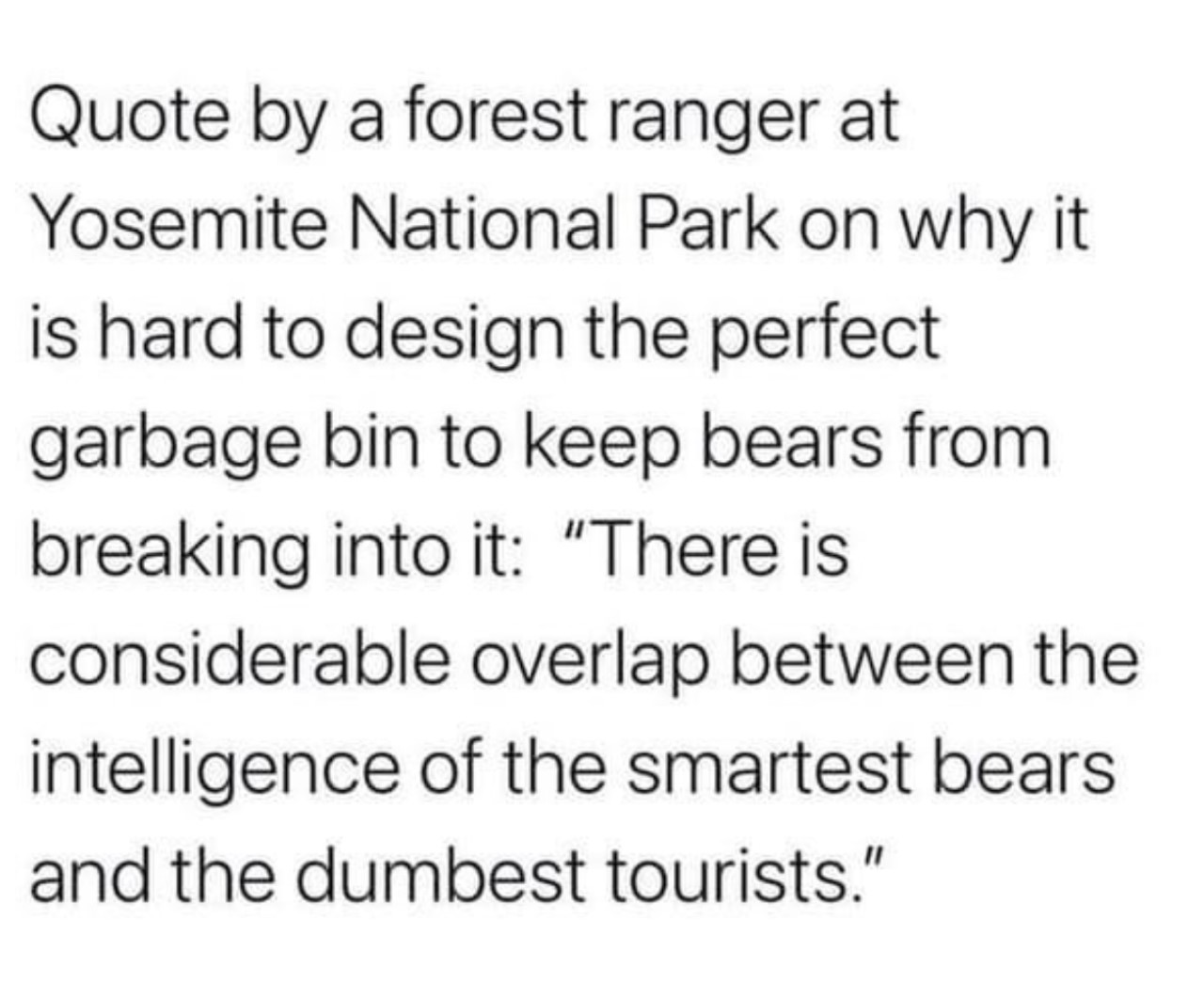 God is flogging His new book. But he doesn’t need money, and why couldn’t he convey his book to others as a revelation?

Thanks Nicolas! Can you believe there are still some followers of Mine who haven't bought it yet? What a bunch of bozos. All they have to do is clickhttps://t.co/TQCt0PMs4p

A tweet from Barry. His caption: “Get a room!”video

What would you caption this ❤️🦁💓🥰🦁 pic.twitter.com/NUP1WfZXrt

A tweet from Ricky Gervais, showing what he’s reading. He seems to have a penchant for nonscience and fiction, but doesn’t he know that E. O. Wilson has been canceled? I have to say that the Wilson book, though, is far from his best, and was panned in magazines by both Richard Dawkins and me.

Currently reading this lot, for both pleasure and research for #Armageddon With all the other distractions they should last me all year. pic.twitter.com/ZfaBmBl3E8

From the Auschwitz Memorial. As noted above, it’s Anne Frank’s birthday and the day when, at 13, she was given the first book of her now-famous diary:

In 1942 on her 13th birthday she received an empty diary. She perished in Bergen-Belsen concentration camp in 1945.

'Human greatness does not lie in wealth or power, but in character & goodness.' (A.Frank) pic.twitter.com/dTdFMVn08h

Tweets from Matthew Cobb, who wonders how long this turtle can keep exhaling under water. A long time, I suspect!

Wouldn’t you love to have a bobcat family living in your back yard?

My daughter-in-law's dad lives in Arizona and a bobcat has been hanging out in his backyard so he hasn't been going back there. Turns out it was so peaceful for her that she had her babies there and now the whole family has taken over his yard and omg look how cute they are! pic.twitter.com/KvRdUSxTjK

This fish may be deepening its hole to lay eggs, to protect it from predation, or any of a myriad of other reasons:

If you haven’t seen anything amazing today – this is a fish digging it’s own swimming pool using its mouth. You’re welcome! pic.twitter.com/5oaCkZG5W4

This winds up as a beautiful story; be sure to read Joe Biden’s letter at the end:

Unironically one of the most wholesome stories I’ve seen recently pic.twitter.com/AQNEpPPMPP