In my quest to read all the novels that have won the Booker Prize, I finished my first one on the list (I read four or five others in the past): Disgrace, by J. M. Coetzee (1999). Highly lauded, it not only won the Booker Prize, but was a major impetus for Coetzee’s getting the Nobel Prize for Literature in 2003.

Not wanting to convey spoilers, I’ll just say that the story involves two parallel cases of “disgrace”: a professor who has an affair with one of his students and then, refusing to defend himself, is fired; and the Professor’s daughter, with whom he goes to live after his expulsion. She too meets up with an even worse fate, but again refuses to take steps to assure her a better life after her own misfortune. In both cases I take “disgrace” to mean a character’s refusal to try to mend a broken life.

I found the novel readable (not saying a lot) and the plot engrossing, but the prose plodding. When I really love a novel, the prose has to be a major factor, just as the musicality of poetry is an inseparable part of its overall effect. When the Nobel Prize committee gave Coetzee its citation, it said, among other things, this:

J.M. Coetzee’s novels are characterised by their well-crafted composition, pregnant dialogue and analytical brilliance. But at the same time he is a scrupulous doubter, ruthless in his criticism of the cruel rationalism and cosmetic morality of western civilisation. His intellectual honesty erodes all basis of consolation and distances itself from the tawdry drama of remorse and confession. Even when his own convictions emerge to view, as in his defence of the rights of animals, he elucidates the premises on which they are based rather than arguing for them.

Coetzee’s interest is directed mainly at situations where the distinction between right and wrong, while crystal clear, can be seen to serve no end. Like the man in the famous Magritte painting who is studying his neck in a mirror, at the decisive moment Coetzee’s characters stand behind themselves, motionless, incapable of taking part in their own actions. But passivity is not merely the dark haze that devours personality, it is also the last resort open to human beings as they defy an oppressive order by rendering themselves inaccessible to its intentions. It is in exploring weakness and defeat that Coetzee captures the divine spark in man.

. . .In Disgrace Coetzee involves us in the struggle of a discredited university teacher to defend his own and his daughter’s honour in the new circumstances that have arisen in South Africa after the collapse of white supremacy. The novel deals with a question that is central to his works: Is it possible to evade history?

Well, maybe, but I’m not sure what “evading history” means here? Overcoming misfortune, or simply denying it? Both the professor and his daughter are stuck with what happened to them, and refuse to move on, so if that’s “evading history,” well, it’s not something that everyone does. In fact, Coetzee’s failure to make me really understand why the professor refused to defend himself seems a failure of character delineation.

The theme, then, isn’t anything near universal, at least to me. One can understand the feeling of ennui and hopelessness in The Plague, which can be redeemed by caring for others, but that’s something that resonates to many readers. After all, we’re all mortal.

So my take is that Disgrace is a good book, but not a great one—not near the quality of other winners like those by Ishigura, Barker, or Scott. Yet sometimes I think I don’t know how to read novels, and perhaps I’m missing the subtle themes and qualities that struck other critics, the Booker Prize committee, and the Karolinska Institute.

But nevertheless, I persist. I am halfway through the next choice, The God of Small Things, by Arundhati Roy, which won the Booker in 1997. It’s about a pair of twins and their extended family in Kerala, India, and is set in the 1960s. So far I found the plot engaging (it goes back and forth in time) but the prose overly baroque, with Roy apparently trying to show off her writing skills. At times the writing is so self-consciously “clever” that it makes me cringe. The style, while unusual, doesn’t seem to grow out of the author herself, as it does with writers like Cormac McCarthy, whom I love.

By the way, I noticed a similarity between Roy’s opening paragraph and part Thomas Wolfe’s “Poem to October” from his novel Of Time and the River:

“May in Ayemenem is a hot, brooding month. The days are long and humid. The river shrinks and black crows gorge on bright mangoes in still, dustgreen trees. Red bananas ripen. Jackfruits burst. Dissolute bluebottles hum vacuously in the fruity air. Then they stun themselves against clear windowpanes and die, fatly baffled in the sun.”

“October is the richest of the seasons: the fields are cut, the granaries are full, the bins are loaded to the brim with fatness, and from the cider-press the rich brown oozings of the York Imperials run. The bee bores to the belly of the yellowed grape, the fly gets old and fat and blue, he buzzes loud, crawls slow, creeps heavily to death on sill and ceiling, the sun goes down in blood and pollen across the bronzed and mown fields of old October.

Any more suggestions for Booker winners I should read next? 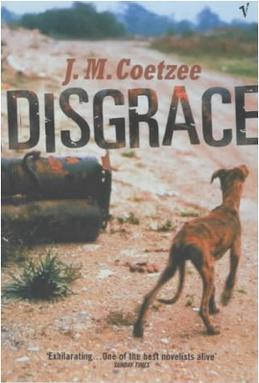