I was sitting in my office hoping for a peaceful Sunday when I got a call from a Team Duck member at the pond. Trouble! There was a mother with two newborn babies, one of which had already been brutally pecked by other adults and was near death, while the second one was swimming on his own in fear, chased by two hens (not Audrey). A student plucked the near-dead one from the pond, and I chased down and netted the other one when he went onto land. That one was in good shape. (They are very fast when they run!) There’s a small chance that the badly pecked one will live (he was almost motionless but still breathing), but the other was in good nick and will survive. We immediately took them both to the Rehab Lady.

It’s late in the season and I still have to rescue ducklings (this time I only had to put a foot in the pond). I want this to be over so we can concentrate on Audrey and her brood.  Finding tiny ducklings in the pond, only a day old, and having to save them before they’re slaughtered, well, it’s very stressful and makes me depressed for several days.

Here’s the one who came through okay. Note the white spot at the tip of its beak? That’s the “egg tooth”—a protuberance that they use to peck out of the egg and then shed within a day or so. That shows that this one is a newborn. 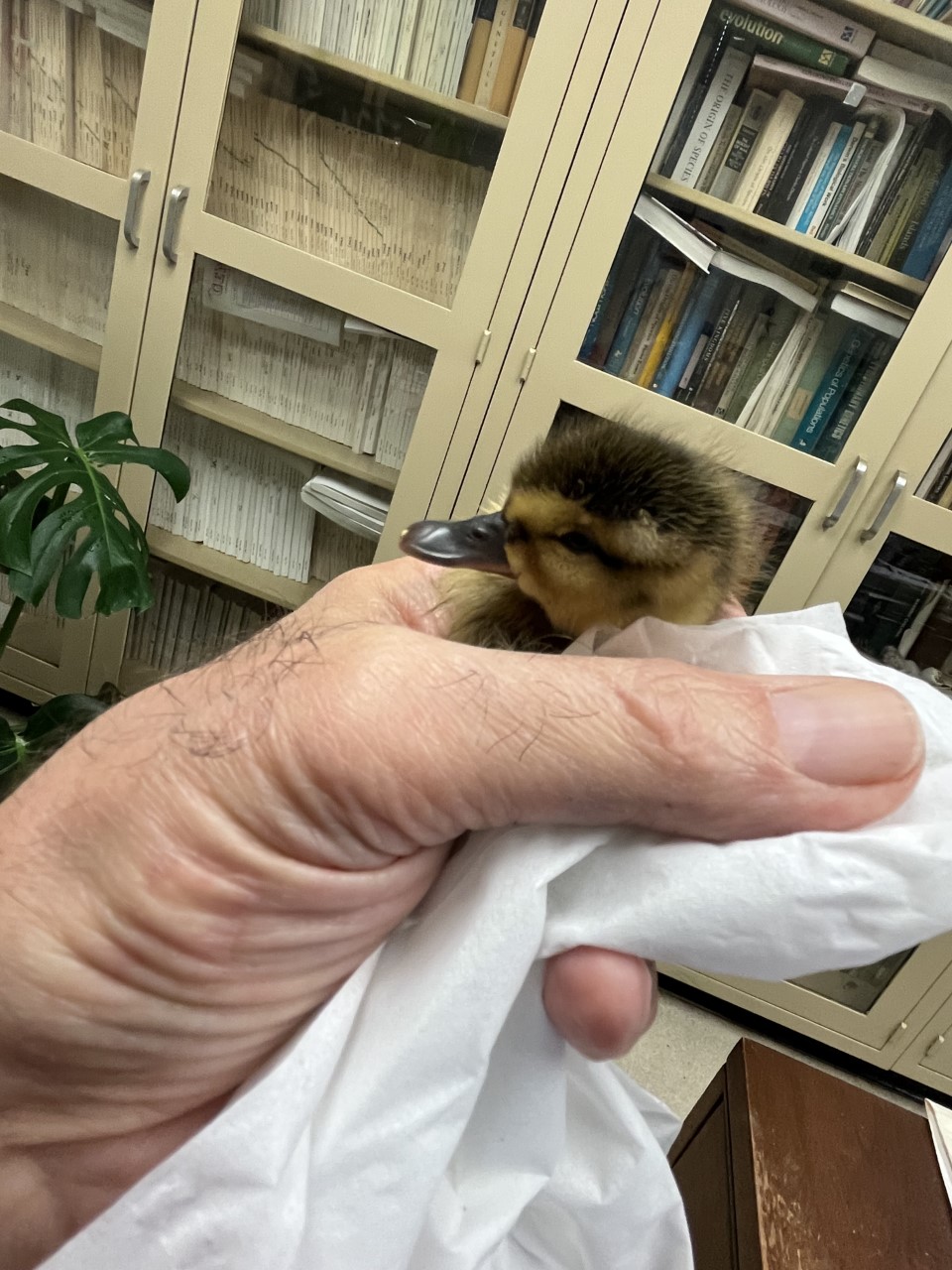 10 thoughts on “One rescued, one dead”