Good morning on Thursday, June 9, 2022: National Strawberry Rhubarb Pie Day. Once again I must kvetch about the use of vegetables in dessert pies. Yes, I know it’s a matter of taste, but all I can say is that those who prefer rhubarb along with strawberries in a pie are deficient in the taste department.

It’s also La Rioja Day, celebrating the province in Spain that makes some of the world’s best red wine.

Stuff that happened on June 9 includes:

Fun facts about Nero.: He is said (there are dissenters) to have kicked his wife Poppaea to death in 65 A.D. and then, says Wikipedia,

In 67, Nero married Sporus, a young boy who is said to have greatly resembled Poppaea. Nero had him castrated, tried to make a woman out of him, and married him in a dowry and bridal veil. It is believed that he did this out of regret for his killing of Poppaea.

Nero couldn’t bear to kill himself after he’d been repudiated by the Senate, so he got his private secretary to do the deed for him. As for Sporus, he committed suicide in 69 AD to avoid being killed publicly.

Here’s a remnant of the trail in Nebraska with a present-day trail marker. 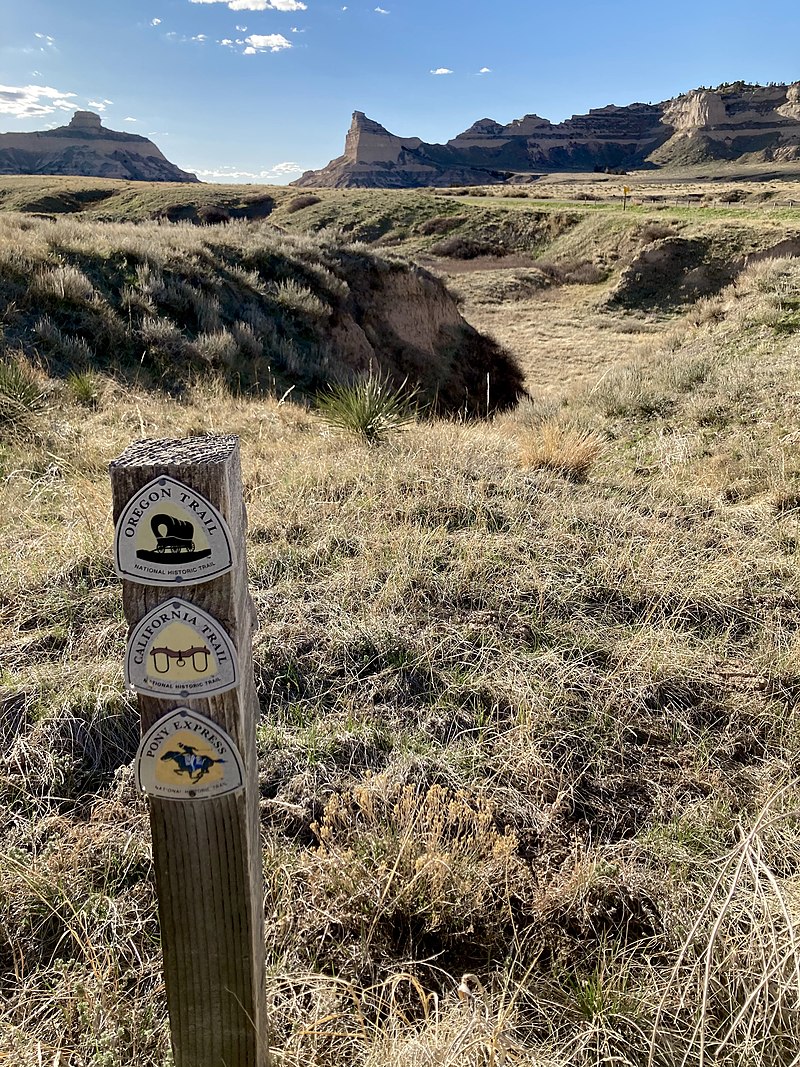 Here’s a video explaining the exchange, which involved McCarthy breaking a promise he made. This exchange really was the beginning of the end for McCarthy, and a good thing it was, too. But there was a bit of planning by Welch too: it was not a spontaneous lecture he delivered to Sen. McCarthy. 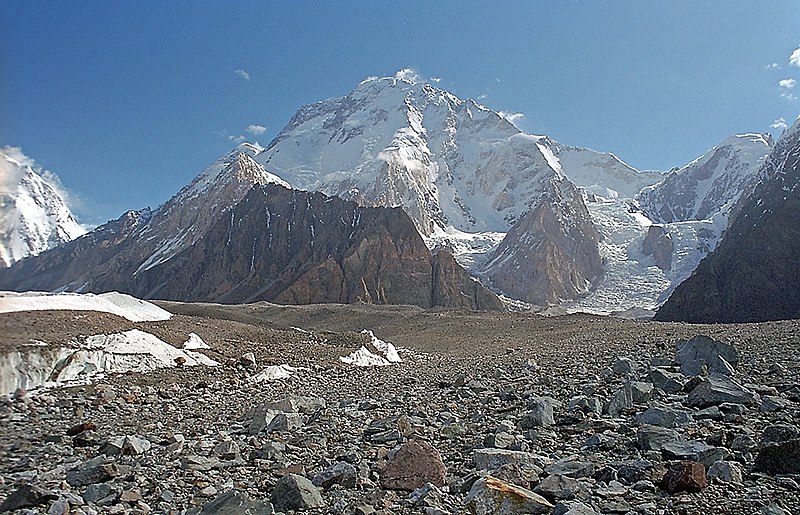 This, of course, was due to a “revelation” that was later than it should have been. I wonder why God changed his mind. Here’s what Wikipedia says about it:

During this time [1849-1878], the church taught that the restriction came from God and many leaders gave several race-based explanations for the ban, including a curse on Cain and his descendants, Ham’s marriage to Egyptus, a curse on the descendants of Canaan, and that black people were less valiant in their pre-mortal life. Church leaders used LDS scriptures to justify their explanations, including the Book of Abraham, which teaches that the descendants of Canaan were black and Pharaoh could not have the priesthood because he was a descendant of Canaan. In 1978, it was declared that the restriction was lifted as a result of a revelation given to the church president and apostles. The 1978 declaration was incorporated into the Doctrine and Covenants, a book of Latter-day Saint scripture.

*As I reported yesterday, the “progressive” Left suffered a stinging defeat in the recall election of district attorney Chesa Boudin, who was recalled by a vote of about 60%. The NYT paints this as a warning for the progressives’ policy on police:

The elections on Tuesday showed the extent to which the political winds have shifted even in Democratic cities in the two years since George Floyd’s murder by a Minneapolis police officer. The initial rally cry on the left then — “defund the police” — has since become so politically toxic that it is now more often used by Republicans as an epithet than by Democrats as an earnest policy proposal. And the crusading energy to overhaul policing in the face of rising crime has waned.

For Democrats, the issue of crime and disorder threatens to drive a wedge between some of the party’s core constituencies, as some voters demand action on racial and systemic disparities while others are focused on their own sense of safety in their homes and neighborhoods.

“Defund the police” was a losing mantra for the outset, yet there are still those who call for it, especially on campus. Some of our own students want the University of Chicago Police defunded, even though those police patrol a huge area of the South Side outside the campus. This baffles me.

*Here’s more backlash reported in The Washington Post, and this worries me more, “Across the country, educational equity was in vogue. And then it wasn’t.” In Colorado Springs, as in other parts of the U.S., conservatives are taking over school boards using the “threat” of CRT teaching as leverage. But the byproducts of conservative school boards, however, are not just unconscionable rules about what to teach, but censorship of books and other educational material.

*As of Wednesday evening, the U.S. House of Representative is set to vote on gun-control measures that the Washington Post says are “some of the most aggressive gun-control measures taken up on Capitol Hill in years“.  And they are, but they’re still weak beer—and worse, they’re like to fail. The bills include:

1.) “raising the minimum age for the purchase of most semiautomatic rifles to 21 and banning high-capacity ammunition magazines”

2.)  “proposals that would crack down on gun trafficking, create new safe-storage requirements for gun owners, and codify executive orders that ban untraceable “ghost guns” as well as “bump stock” devices that allow a semiautomatic rifle to mimic machine-gun fire.”

But the big impediment to this is, of course, are the Republicans:

The House votes, however, will amount to little more than a political messaging exercise because of firm Republican opposition to substantial new gun restrictions. That has left hopes for a bipartisan deal that could be signed into law in the hands of a small group of senators who are exploring much more modest changes to federal gun laws. Those talks continued Wednesday in hopes of sealing a deal in the coming days.

I presume by that the Post means that even if the bill passes the Democratic-majority House, it will fail in the Senate. I’m not sure why unless they’re referring to a filibuster, because even Joe Manchin is in favor of stronger gun control than nearly all Republicans want (which is NONE).

UPDATE: The bill passed the House last night by a vote of 223-204, but it’s doomed by the filibuster, as I guessed:

Though the bill passed 223 to 204, it stands no chance in the evenly divided Senate, where solid Republican opposition means it cannot draw the 60 votes needed to break through a filibuster and move forward.

The vote on Wednesday only underscored the intractable politics of gun control in Congress, where all but five Republicans voted against Democrats’ wide-ranging legislation, and talks on a compromise remained unresolved.

Bipartisan negotiations in the Senate continued among a small group of Republicans and Democrats on more modest measures that might actually have a chance of drawing sufficient backing. But one crucial player, Senator John Cornyn, Republican of Texas, warned that there were “sticking points everywhere.”

*A group of 90 women gymnasts, including big names like Simone BIles and McKayla Maroney, are suing the FBI for a billion dollars over its admitted mishandling of claims of sexual abuse by team doctor Larry Nassar.

The women are collectively seeking more than $1 billion from the FBI in a lawsuit filed under the Federal Tort Claims Act, a 1946 law that makes the United States liable for injuries “caused by the negligent or wrongful act or omission of any employee of the Government while acting within the scope of his office or employment.” They join 13 others who in April filed a similar lawsuit against the FBI, citing a July report released by the Justice Department’s inspector general that found the bureau failed to properly investigate serious sex-abuse allegations against Nassar.

Normally you can’t sue the government unless you file a request to the relevant agency asking them to allow you to sue them. But this suit involves a specific law dealing with individual negligence.

*The other day we discussed the continuing phenomenon of food “shrinkflation,” whereby containers get smaller and prices either stay the same or rise, which causes an increase in the price of a given amount of comestible. The Associated Press reports that, in these lean and inflationary times, shrinkflation is coming on strong.

[Consumer advocate Edgar] Dworsky said shrinkflation appeals to manufacturers because they know customers will notice price increases but won’t keep track of net weights or small details, like the number of sheets on a roll of toilet paper. Companies can also employ tricks to draw attention away from downsizing, like marking smaller packages with bright new labels that draw shoppers’ eyes.

That’s what Fritos did. Bags of Fritos Scoops marked “Party Size” used to be 18 ounces; some are still on sale at a grocery chain in Texas. But almost every other big chain is now advertising “Party Size” Fritos Scoops that are 15.5 ounces — and more expensive.

PepsiCo didn’t respond when asked about Fritos. But it did acknowledge the shrinking of Gatorade bottles. The company recently began phasing out 32-ounce bottles in favor of 28-ounce ones, which are tapered in the middle to make it easier to hold them. The changeover has been in the works for years and isn’t related to the current economic climate, PepsiCo said. But it didn’t respond when asked why the 28-ounce version is more expensive.

Likewise, Kimberly-Clark — which makes both Cottonelle and Kleenex — didn’t respond to requests for comment on the reduced package sizes. Procter & Gamble Co. didn’t respond when asked about Pantene Pro-V Curl Perfection conditioner, which downsized from 12 fluid ounces to 10.4 fluid ounces but still costs $3.99.

No company will comment, but of course they’d only make things worse if they did.

Meanwhile in Dobrzyn, Hili is fixing to chase Kulka, who is hiding behind the bench.

Hili: I know that she is sitting over there.
A: Does it bother you?
Hili: Theoretically – no, but I will chase her in a moment anyhow. 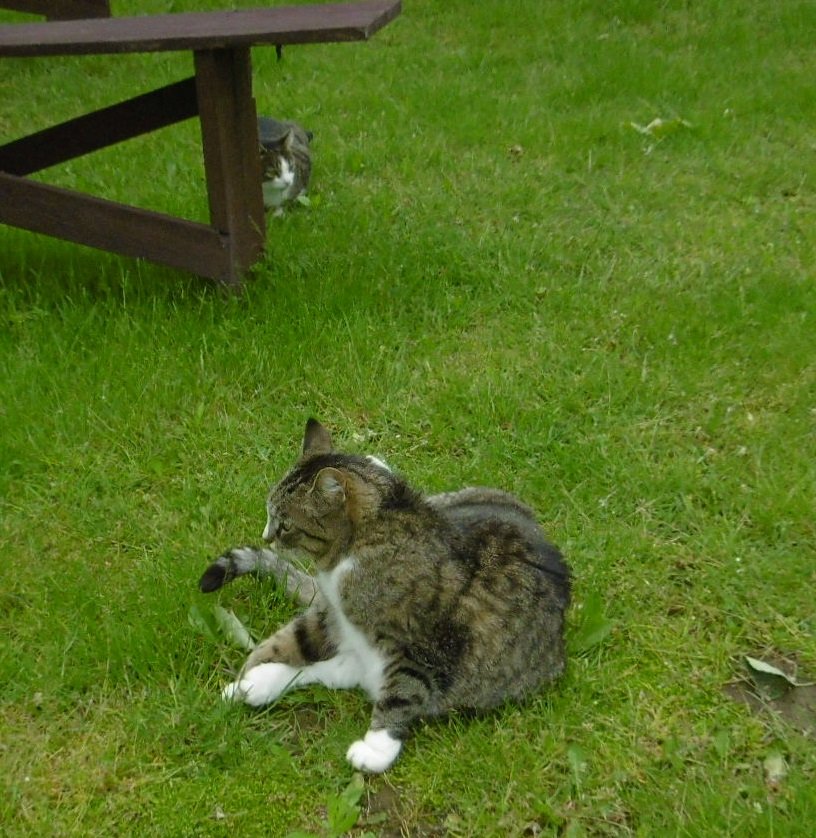 From the Cat House on the Kings: 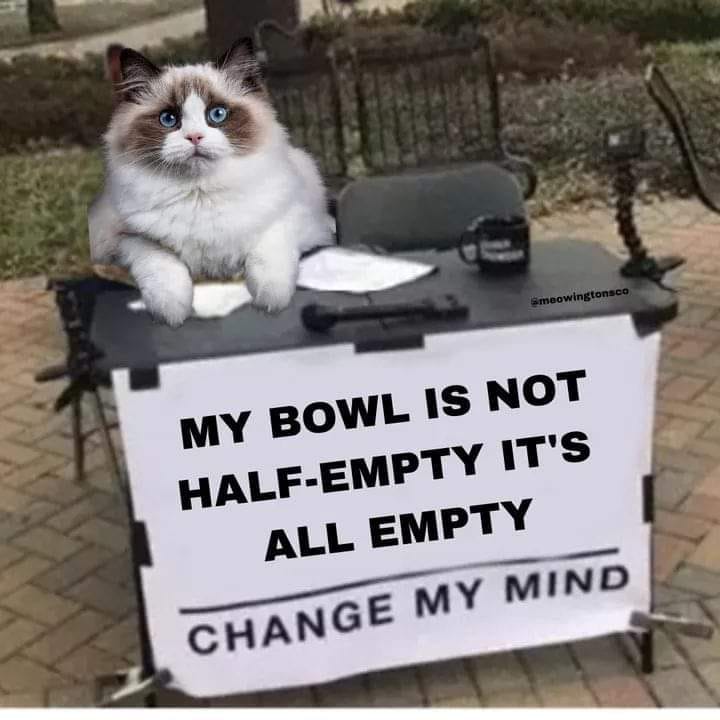 From Seth Andrews. This is nerfarious: 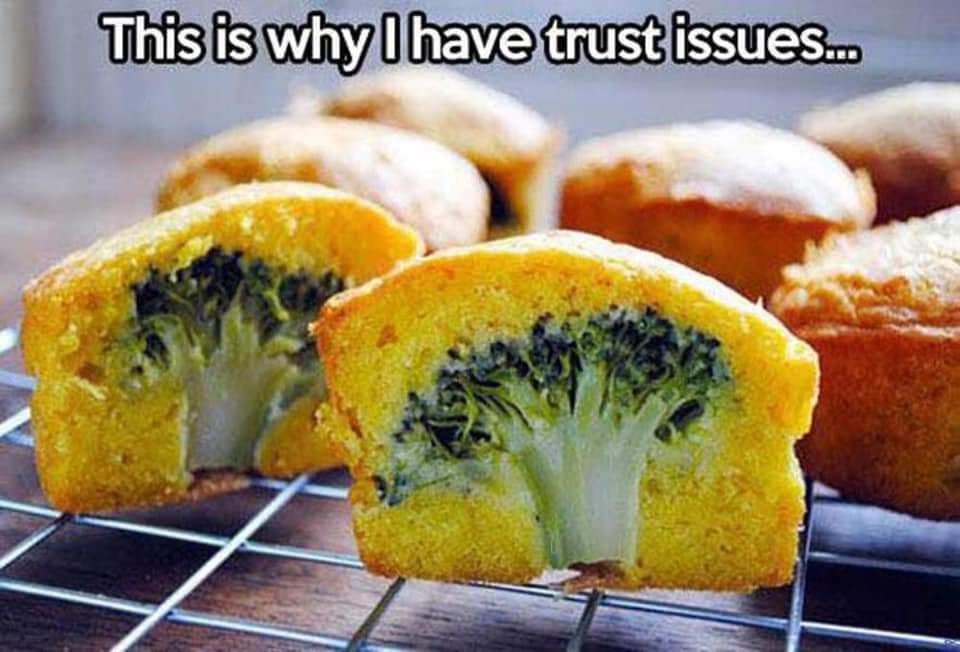 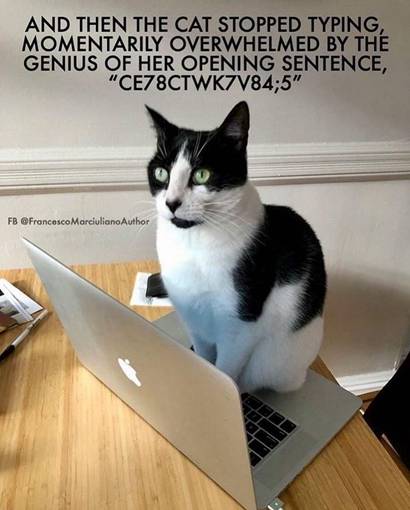 This is from Simon, and I have posted it before, but I’m posting it again because this is a wily and evolved escape behavior of ducks, and I had to catch little ducklings yesterday (they can do this at one day old) who pulled this stunt when I sent for them. But I got five of them!

Also from Simon: this is a truly amazing stunt (oops; it showed a kid solving three Rubik’s Cube puzzles while juggling them! The tweet was removed, but I found a YouTube video (below):

The previous record was 4 minutes and 52 seconds, which Alvarado set a year prior.

From Barry, who sent a tweet yesterday showing that baby owls sometimes sleep on their front, face down. This one is no baby, but does have a temporary impediment:

It’s followed by a tweet showing this owl’s “WTF” moment after it was humiliated.

From the Auschwitz Memorial: today we have someone who survived. (tweet sent by Matthew)

9 June 1928 | A Polish woman, Salomea Kostrubała, was born in Skierbieszów.

In #Auschwitz from 13 December 1942 (deported during pacification of Zamość Region)
No. 26932
In 1944 she was transferred to KL Natzweilter and liberated there. pic.twitter.com/f12315Apk7

Tweets from Dr. Cobb, who had a nice day off yesterday celebrating his daughter’s birthday. First a frog evades a predatory spider:

An interesting spider observation @CoLEppingForest Connaught Water today-they did cross back over to the edge of the bank reinforcement where the froglet dropped leaving the spider behind. @BritishSpiders #30DaysWild pic.twitter.com/mi2O0qfFmr

A lovely moth with weird legs:

This isn’t Harpo or Chico, but they did do a skit like this (see below):