I think I have some credibility here, since some people have accused me of being too quick to call out people as anti-Semites. And yes, as a secular Jew I’m sensitive to anti-Semitism, which I think is both growing and unduly neglected.  So if anyone is to accuse a movie of making an actor look “stereotypically Jewish,” it would be me. And that’s what this Daily Beast piece is about (click to read). But I don’t agree with them—not at all! After all, I’m not one of those who demand that every character be played by someone of the identical gender, ethnicity, appearance, and so on.

First, it’s really a cheap shot to make a news story out of some people’s opinion when the people aren’t specified. It’s probably about five people on Twitter (the article notes exactly two critical tweets), but this gives the Beast a chance to publish something. (HuffPost does the same thing). Social media is the greatest thing to ever happen to hack journalists. But all I care about is the author’s opinion and argument, and here she’s just wrong.

First, I have no objection to a non-Jew playing Bernstein in a Netflix biopic, although there may be some woke Jews (they’re proportionately rare) who would raise a ruckus. What this ruckus is about, though, is the supposed heavy application of makeup to Bradley Cooper to the extent that the Netflix version makes Lennie looks like a caricature of Jew—like something from Der Stürmer.

. . . But in the case of Bradley Cooper and the just-released first look photos of his Leonard Bernstein biopic Maestro, the word “unrecognizable” is actually warranted. And, in many cases, it’s making people angry, arguing that it’s inappropriate to rely on such heavy prosthetics to make a non-Jewish actor appear more Jewish.

Photos released on Monday show the Hangover actor disguised by pounds of prosthetics to resemble the composer behind the music of West Side Story and On the Town. As an elderly Bernstein, Cooper wears an obviously fake nose and thinning white wig. His forehead wrinkles are deeper than the Grand Canyon and his synthetically weathered hands are knotted with prominent veins.

. . .But the polarizing photos have also been met with backlash, sparking a conversation about whether Cooper, a non-Jewish actor (donning a sizable fake nose, to boot), is an appropriate choice to portray a legendary Jewish cultural figure such as Bernstein.

I’ll show a few angry tweets below, but when I saw the two pictures accompanying the article, I thought, “Hey, that’s not a bad likeness of Bernstein”. (By the way, since when did thinning hair, wrinkles, and vein-y hands become stereotypical Jewish features?)

No, it’s the schnoz that’s important, and there’s no denying two things. First, many Jews do have big noses; it’s a result of genetic differentiation between populations. I have a relatively big one, and my father had a huge one. (He used to tell me, “Jerry, if I had a nose full of nickels, I’d be a millionaire.”)

And Bernstein had a larger than average proboscis, too, but looking at the pictures of Bradley, I don’t see that his protuberance is a caricature of a Jewish nose.

Here, from the Daily Beast, is a photo of Cooper made up as Lenny: 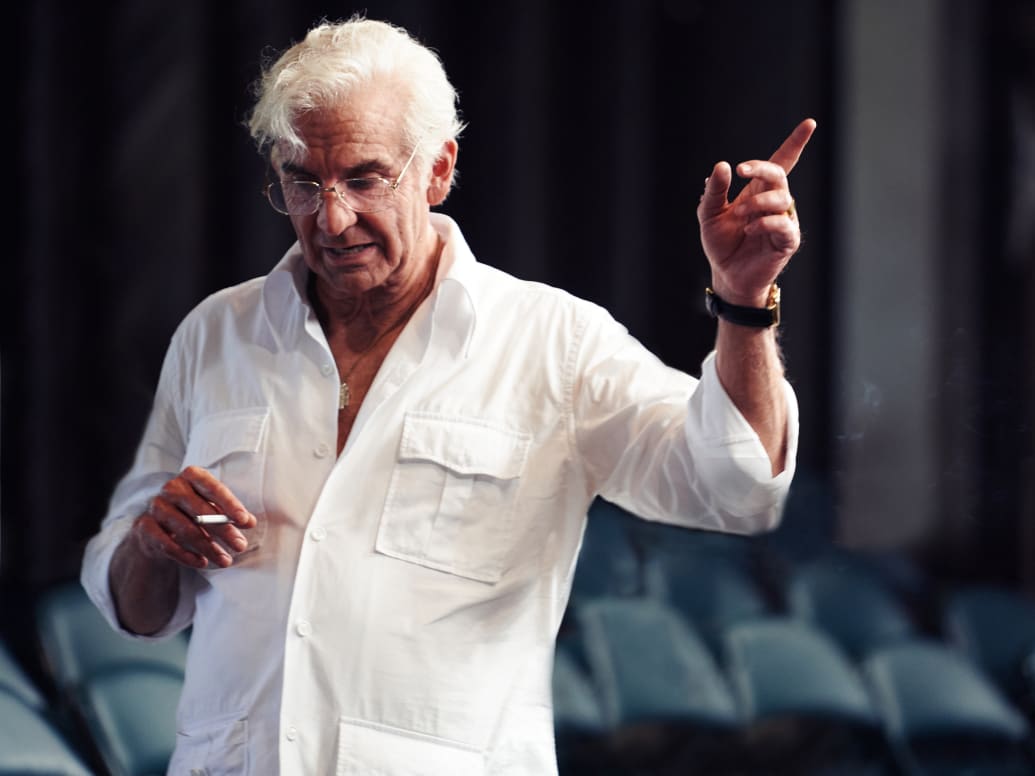 So of course I tried to find videos and photos of Bernstein at the same age, and here are some real ones. I did not pick out photos that emphasized his schnoz! 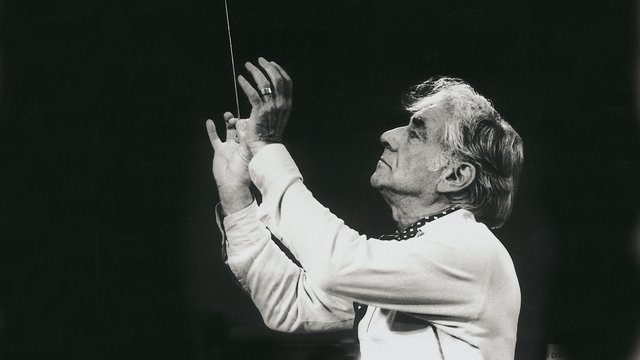 Another video of Bernstein conducting.

It also defies belief, even for a sensitive Jew-lover like me, to think that the Netflix makeup people thought, “Hey, let’s give him a really big nose to show that he’s Jewish!” I think they were trying to replicate the real Lenny in a man who doesn’t look much like Lenny, and I think they did a good job.

But of course there are the Pecksniffs who provide fodder for woke journalists. The Beast cites only two, which is apparently enough to create a “controversy”:

Sigh. My question, "How many pounds of latex would it take to make Bradley Cooper into an elderly Jewish man?" was supposed to be rhetorical.

The answer, BTW, is "Enough latex that somebody should probably find it a hair problematic." https://t.co/4sI5HGNwBG

Give me a break!

Bradley Cooper wearing a prosthetic nose to play a Jewish man is just… No. Bad. If the nose is so important to the character that it needs to be featured, just cast someone with that sort of nose. I’m not even asking for a Jewish actor. Just don’t do Jew-face. Basic stuff!!! https://t.co/epe9DvMNQD

The nose isn’t featured: Bernstein is not a Pinocchio here! These two are oversensitive people looking for a reason to get mad. I suggest they chill out and read a good book. Or, if they want to kvetch, they could do a scientific study: measure the length of the schnoz in Cooper’s Bernstein relative to some other body part (say, height of the actor’s head), and compare it to the ratio for the real Bernstein. If they find a giant disparity, then we’ll talk!

31 thoughts on “No, Netflix did not make Leonard Bernstein look like a stereotypical and exaggerated Jew”