Good morning on Thursday, May 26, 2022, National Blueberry Cheesecake Day. (Not bad, but if you must have sugary fruit on your cheesecake, go with cherries.) It’s also National Paper Airplane Day in the U.S. and  National Sorry Day in Australia. The latter day, first started in 1998, constitutes a yearly formal apology to the way the settlers treated the indigenous people. I hope they help them out with more than just a holiday or land acknowledgment!

Stuff that happened on May 26 include:

How much will a first edition, first printing of this novel cost you? Around $50,000. 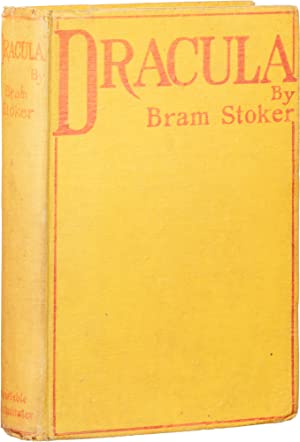 Here’s the 15 millionth Model T driven off the assembly line (three cars per minute) by Henry Ford and his son Edsel; note that the caption below doesn’t jibe with the number actually produced.

Alas! It is the 80th anniversary of the tragically early demise of John Romulus Brinkley, the man who became famous for his pioneering medical work: giving people implants of goats’ bollocks pic.twitter.com/ERLNdy1xVn

This album holds a special place in my heart because I was listening to it when I became an atheist–all over a period of ten minutes or so in 1968. Don’t ask me what spurred my rejection of faith; I can’t even what song I was listening to. Here’s a photo of me holding the very album that effaced my faith (along with my high-school letter in wrestling of which I was very proud at the time). These are among the souvenirs I retrieved when I visited my sister, who rescued our belongings when my mother died.

*This Washington Post headline made me almost chortle: “After Texas tragedy, [Democrat Chuck] Schumer says that Democrate will negotiate on guns.” First of all, why weren’t they doing it already? And if they didn’t because it would be futile (after all, they’re negotiating with Republicans), why start now? Is this just a performance? The Dems have the House votes, the Senate votes, and the President, so why can’t they do something (see NRA tweet below)?

In his first extended remarks on the horror in Uvalde, Tex. — where an 18-year-old gunman killed 19 children and two adults in an elementary school — Schumer (D-N.Y.) castigated Republicans for their repeated inaction after mass shootings dating back more than a decade, but said Democrats had no choice but to try again.

“I know this is a slim prospect — very slim, all too slim. We’ve been burned so many times before. But this is so important,” he said on the Senate floor. “If you do the right thing and persist, justice will eventually prevail. … And for that reason alone, we must pursue it.”

FYI, Beto O’Rourke just confronted Texas governor Greg Abbott about this issue, live on national tv, at a press conference regarding the Texas school shootings. Abbott called O’Rourke “a sick son of a bitch” for doing so.

Abbott is facing O’Rourke in the Texas gubernatorial election this fall.

Ken backed off whether Abbott uttered the opprobrium, but this shows the level of heat the issue has fanned. In my view, NOW is the time to make it a political issue, without of course forgetting the grief of family and friends. That grief is what politics should be aimed at preventing

There’s more on this incident in the New York Times:

Former Representative Beto O’Rourke interrupted a news conference hosted by Gov. Greg Abbott of Texas on Wednesday to accuse Republicans of “doing nothing” to address gun violence in the aftermath of a shooting at an elementary school in Uvalde, Texas.

Mr. O’Rourke, an unsuccessful Democratic presidential candidate who is now running for governor, stood in front of a stage at the civic center in Uvalde, 20 minutes into the news conference held by Mr. Abbott and officials, and shouted that the killings were a “totally predictable” result of lax state and federal gun laws.

When Mr. Abbott’s allies saw Mr. O’Rourke step forward, they began shouting at him, with the mayor of Uvalde, Don McLaughlin, hurling an obscenity, another ordering the El Paso native to “Shut up!” and the state’s lieutenant governor, Dan Patrick, demanding that he sit down.

Do you think it was okay, given the political situation, for O’Rourke to interrupt the speaker? This person thinks it’s not only fine, but admirable:

good for Beto – slaughter of children enabled by evil Texas gun permissiveness is what's " out of line" the death of elementary school kids; the indelible trauma of their familues is what's " out if line" you vile bozo https://t.co/oFZOz62y6O

*Don’t try to fix your iPhone yourself unless you absolutely, positively know what you’re doing, in which case you’d be an Apple repairperson.  The NYT details the horrors of Apple’s new “self-repair kits”, which one critic deems are “set up for failure.” If you need a new battery (and it’s a LOT cheaper than buying a new iPhone), let the Apple people put it in for you. These kits are a rip-off unless you are a technical expert.

*On the way to the store after work, I heard someone bloviate on NPR that “only someone who is mentally ill would shoot someone else.” Well, if you define “shooting someone” as a sufficient criterion for mental illness, this claim would be tautologically true, but the fact is that sane people do kill people. And according to the Wall Street Journal, the mass shooter in Texas, 18-year old Salvador Ramos, had no history of mental illness, and thus could buy a guy even in states where such a history prohibits gun purchases. The only notice that Ramos was about to kill was on social media:

The gunman who killed 19 students and two teachers Tuesday in an elementary school in Uvalde, Texas, wasn’t well known to law enforcement ahead of time and had no documented mental-health issues and no known arrests, state officials said Wednesday.

The first warnings of violence came in the form of Facebook messages shortly before Salvador Ramos, 18, shot his grandmother and proceeded to Robb Elementary, where the mass shooting took place. Ramos wrote on Facebook “I’m going to shoot my grandma” and then, after doing so, posted, “I shot my grandma,” Texas Gov. Greg Abbott said in a news conference. Less than 15 minutes before arriving at Robb Elementary School, he wrote, “I’m going to shoot an elementary school.”

A spokesman for Facebook’s parent company, Meta Platforms Inc., said on Twitter that the communications were private messages sent to another individual, not public posts.

. . .Shortly after turning 18 last Monday, Ramos bought two semiautomatic AR-15 rifles and 375 rounds of ammunition at a local sporting goods shop, said Steven McCraw, director of the Texas Department of Public Safety. He shot his 66-year-old grandmother in the face before using her car to drive to attack the school, Mr. McCraw said. His grandmother was able to contact police as Ramos fled, Mr. McCraw said. She remains in a hospital in San Antonio.

It still took the cops an hour to get to Ramos, and finally got a key to the classroom from the principal. There they killed the suspect amidst “piles” of dead student bodies.

*I’m hoping that Trump’s 15 minutes of political fame are ending, and we get hope from the fact that candidates he backed in this week’s elections have not fared well.

Donald Trump opened May by lifting a trailing Senate candidate in Ohio to the Republican nomination, seemingly cementing the former president’s kingmaker status before another possible White House run. He’s ending the month, however, stinging from a string of defeats that suggests a diminishing stature.

Trump faced a series of setbacks in Tuesday’s primary elections as voters rejected his efforts to unseat two top targets for retribution: Georgia’s Republican governor and secretary of state, both of whom had rebuffed Trump’s extraordinary pressure to overturn the results of the 2020 presidential election. But the magnitude of defeat in the governor’s race — more than 50 percentage points — was especially stunning and raised questions about whether Republican voters are beginning to move on from Trump.

Nearly six years after the onetime reality television star launched what seemed to be an improbable campaign for the White House, the “Make America Great Again” movement Trump helmed isn’t going anywhere. But voters are increasingly vocal in saying that the party’s future is about more than Trump.

I’m not a pundit (I just play one in these pages), but I don’t think Trump will be the GOP’s candidate for President in two years. People will lose interest in him.

There are two pieces up on the firing of Joshua Katz from Princeton, possibly for opposing University DEI policy: one in Quillette and one from his wife Solveig on Bari Weiss’s site.  The truth, one hopes, will eventually come out in court.

A: Will you allow me to reach for a book?
Hili: You can do it later, we are talking now. 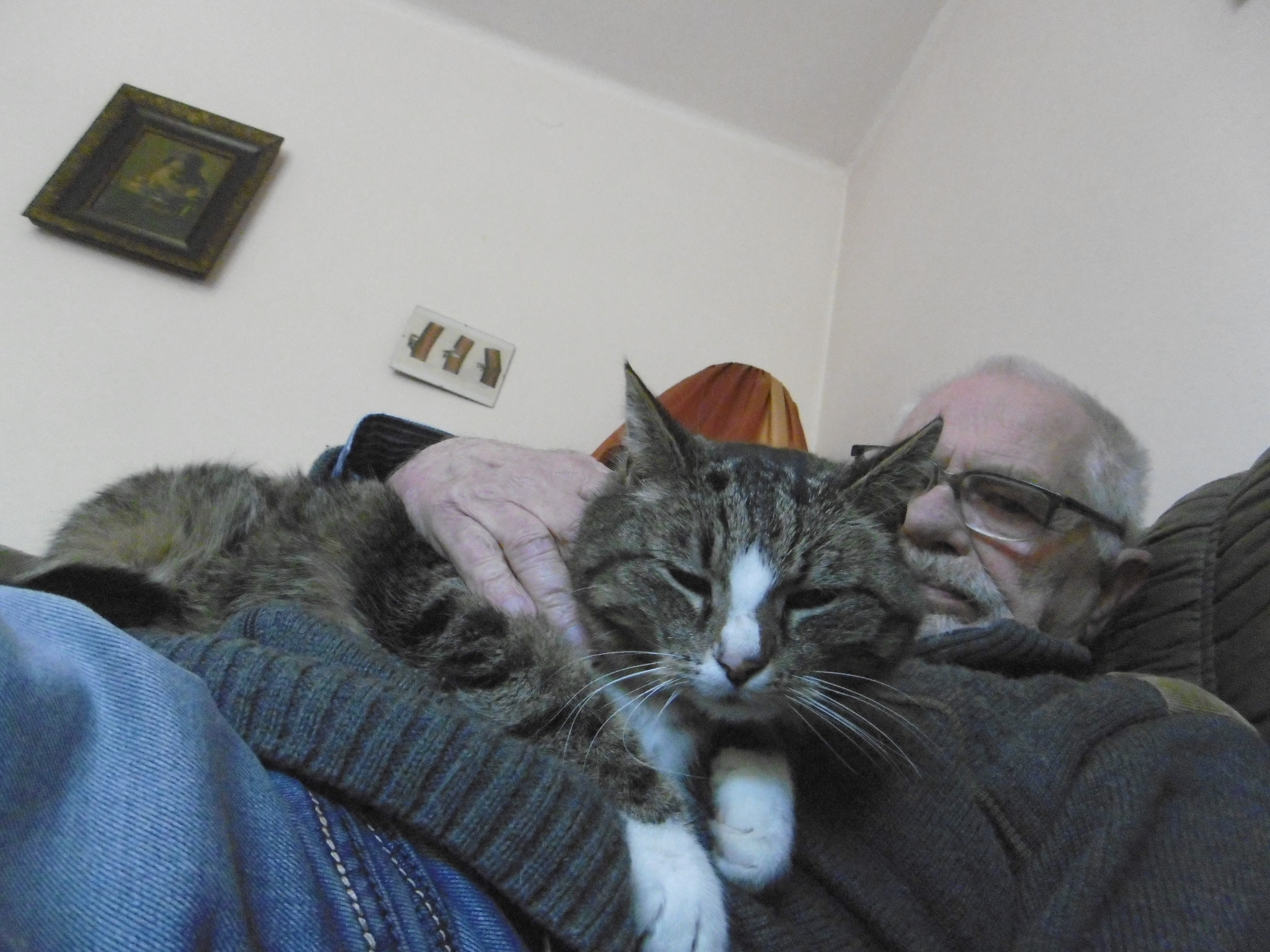 And Kulka at the printer.

Caption:  Kulka loves the printer which purrs, growls and spews out paper. 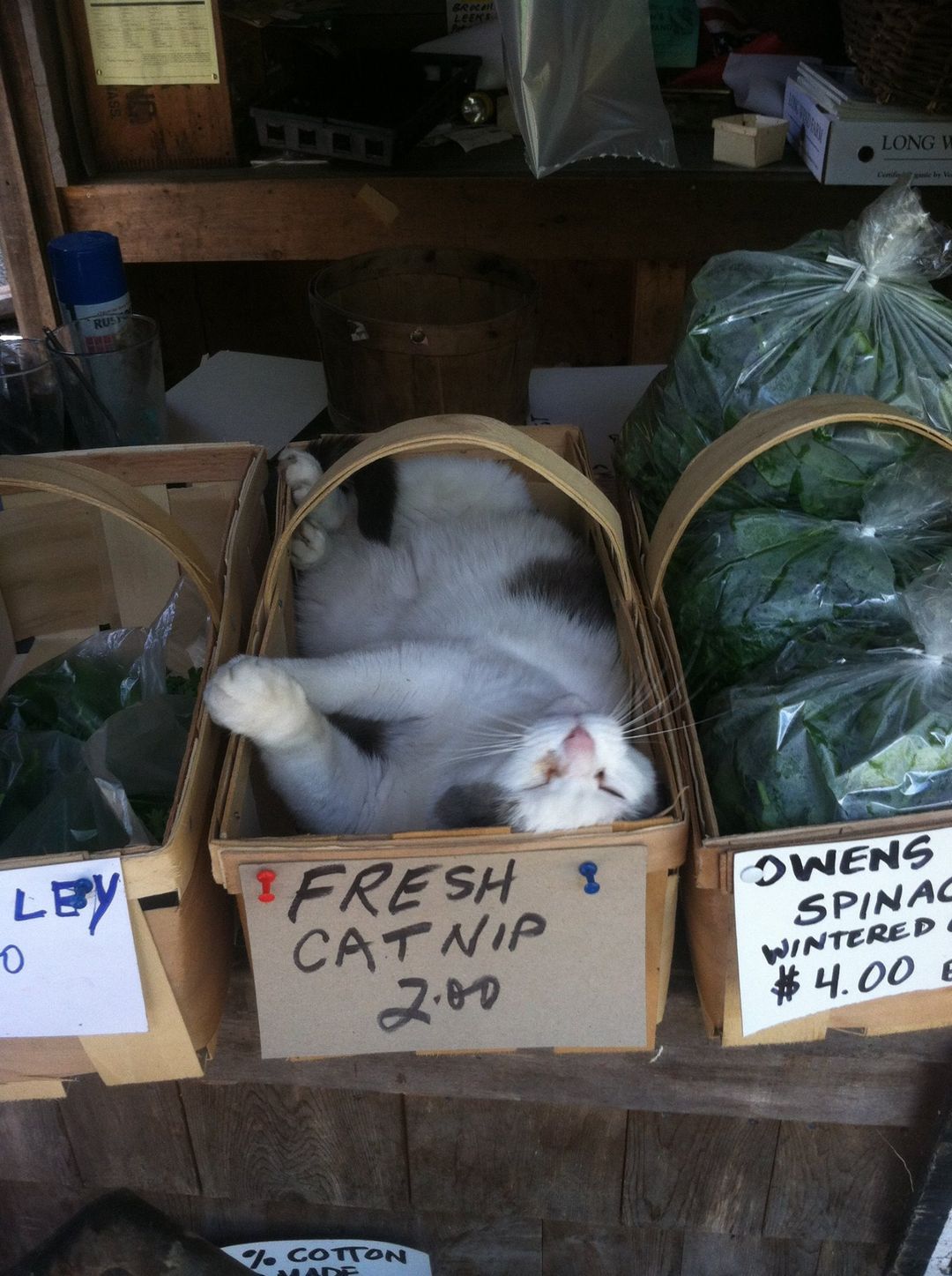 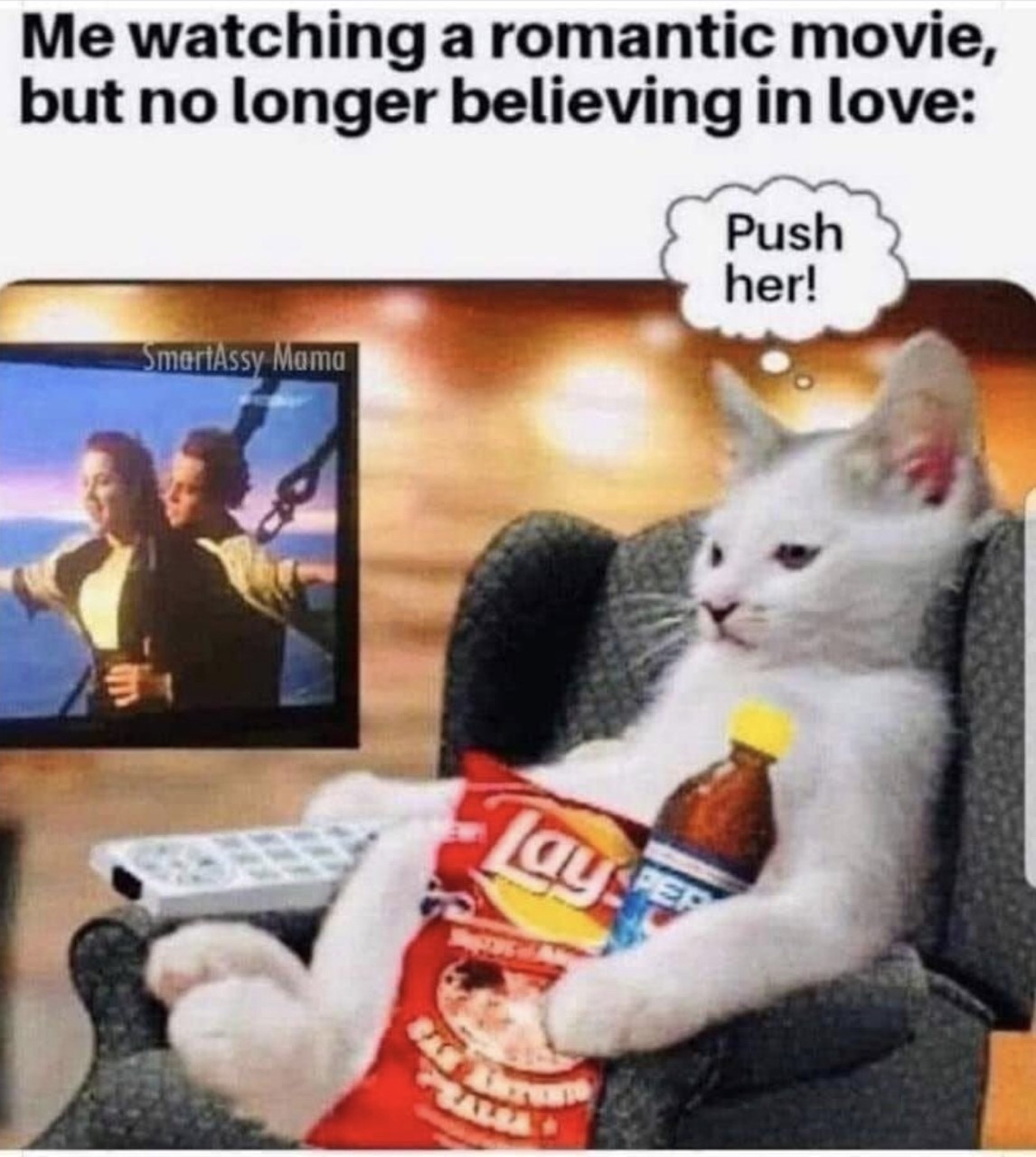 From Tom: a cartoon by Wiley Miller of Non Sequitur.

Titania seems to have stopped posting. Well, to hell with her (him)!

Below: Bad Idea of the Year Nominee: “AG” is the Attorney General of the state.  His solution: give teachers more guns to defend themselves  Nothing can go wrong with that, can it?

See when you spot the anomaly, but be sure to watch the whole thing:

Okay, you tell me how part of it hangs in the air briefly before falling, like Wile E. Coyote:

From Ken, whose caption is this:

Herschel Walker, the mentally unstable, spouse-abusing, prevaricating, non-Georgia resident who is poised to become the Republican US senatorial candidate from Georgia demonstrates how on top of current events he is:

According to Herschel Walker, Trump has never said the election was stolen. pic.twitter.com/3upEQg05ry

— The Republican Accountability Project (@AccountableGOP) May 24, 2022

From Barry: a parrot flummoxed by its owner’s disappearance:

From the Auschwitz Memorial: rare photos of “arrival and the selection”:

In the „Auschwitz album” you can find both Lili Jacob who later discovered the album in the liberated Mittelbau-Dora camp as well as her brothers – Sril (Yisrael) and Zelig – standing on the selection platform in Auschwitz II-Birkenau. | 2/2 pic.twitter.com/YCzs39WL6r

Tweets from Dr. Cobb. Here’s the front page of The Onion yesterday, at once both humorous and dead(ly) serious:

This is some kind of torrent-dwelling waterfowl, but I don’t think it’s a goose. Does anybody know the species?

Look at those NRA donations, which explains why a Senate in a position to pass gun-control legislation can’t do it! If you go to the link in the tweet, you’ll see that NO Senator has refused all NRA donations; the least-donated-to is Kevin Cramer of North Dakota (a Democrat, of course), who got only $13,255.

I didn’t correlate gun deaths per year (or $ donated by the NRA per death), but I’m sure there’s something there.

I made a table to better illustrate the $ received by some Senators (of the 50 getting NRA $) and annual gun deaths in their home states. https://t.co/QtZhnm1qHj pic.twitter.com/65khCwpfqL