Today’s batch comes from regular Tony Eales from Queensland.  His notes and IDs are indented, and you can click on the photos to enlarge them.

One of my favourite habitats is leaf litter, I think because it is often overlooked by the general public unless you’re a little kid. Something about lying down in the dirt, watching what is going on brings back my childhood wonder at the variety of life all around us.

So here’s a random selection of leaf litter denizens from around Brisbane Queensland.

First a common little jumping spider called Bianor maculatus. These spiders live in open grass and leaf litter. I was out one day hunting for Peacock Jumping Spiders (Maratus sp.) but all I found was dozens of these little guys.

What they lack in colour they make up for in their charming way of constantly being on the move and waving their forelegs around like antenna. To me this seems to be the first steps towards ant-mimicry, which is highly advanced in some tribes of jumping spider.

It did this individual no good however because shortly after I took this shot it was nabbed and consumed by a wolf spider. 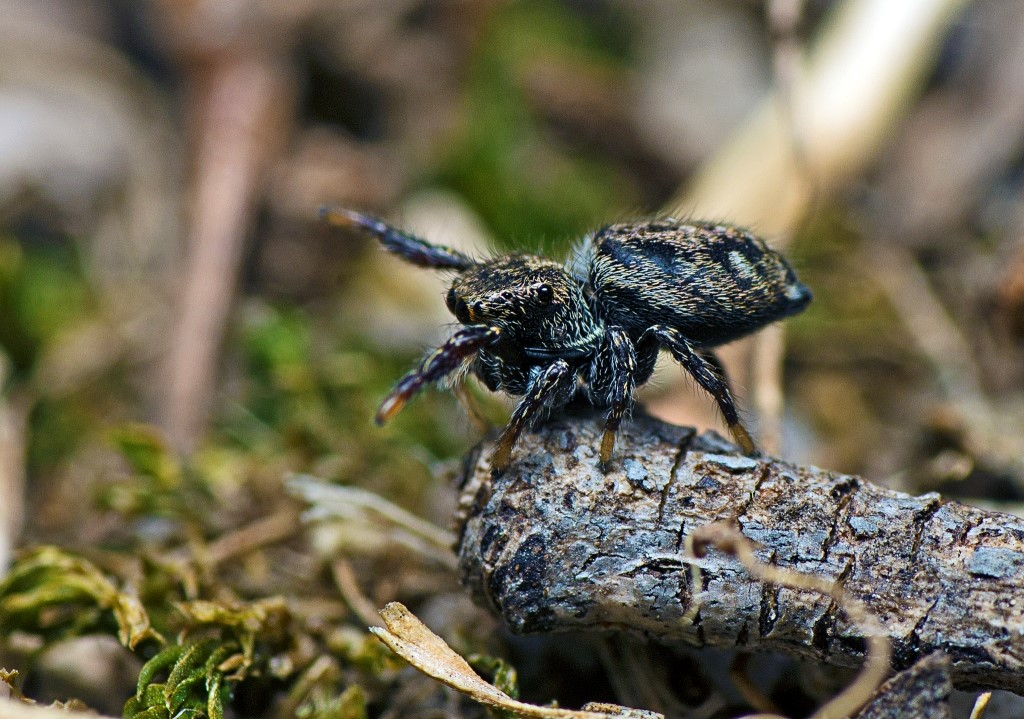 This strange beast is a Short-tailed Whip Scorpion, which is a small order of arachnids called Schizomida. There are only fewer than 250 described species and externally they are all very similar. Generally, the largest are 5-6mm long and are found in humid tropical and subtropical leaflitter and soil in Africa, Australia, Asia and the Americas. The most common genus in Australia is Brignolizomus and that’s likely what this one is.

They have no eyes, but are active predators using their antenna-form forelimbs to find and investigate prey and their relatively large pedipalps to seize, subdue and grind up their victims. 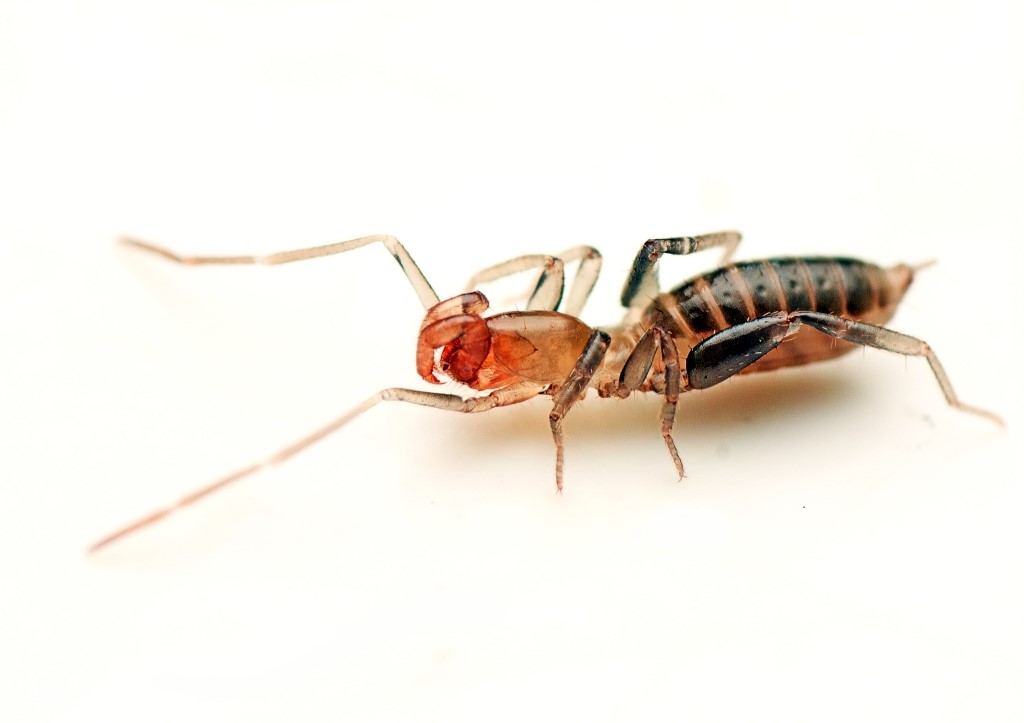 Another strange beast that is common in the litter is millipedes in the Bristle Millipede order Polyxenida. Probably Polyxenus sp. 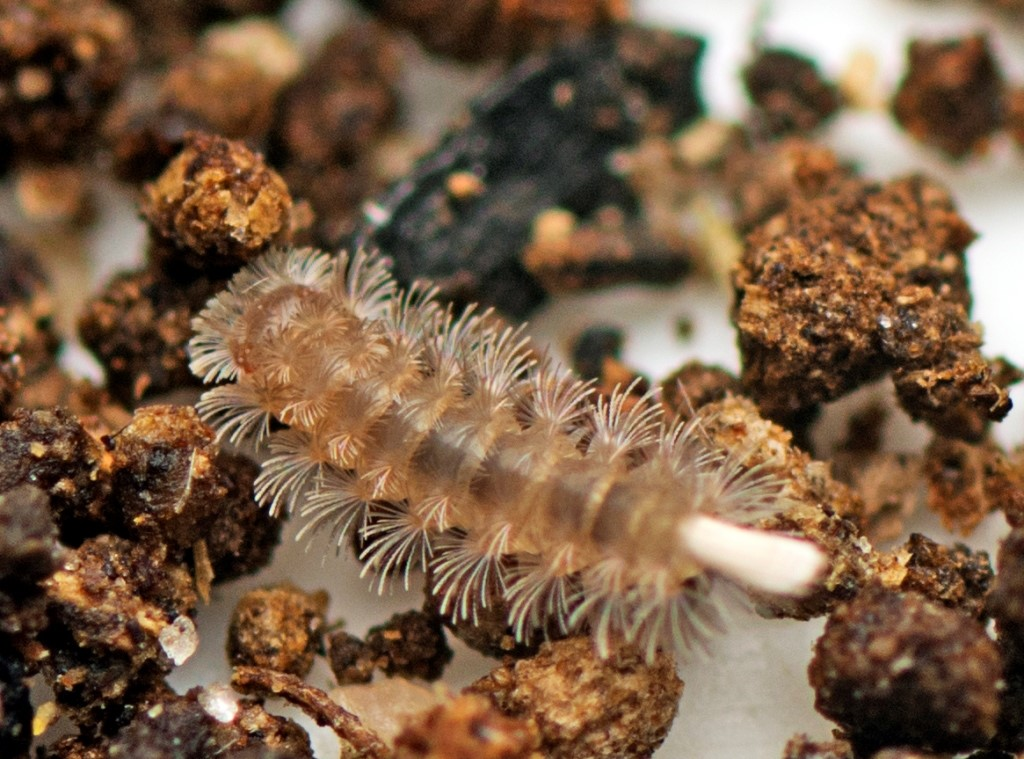 And I always love finding these blue-legged beauties hunting through the sticks and leaves. Rhysida nuda, the Northern Blue-Legged centipede. 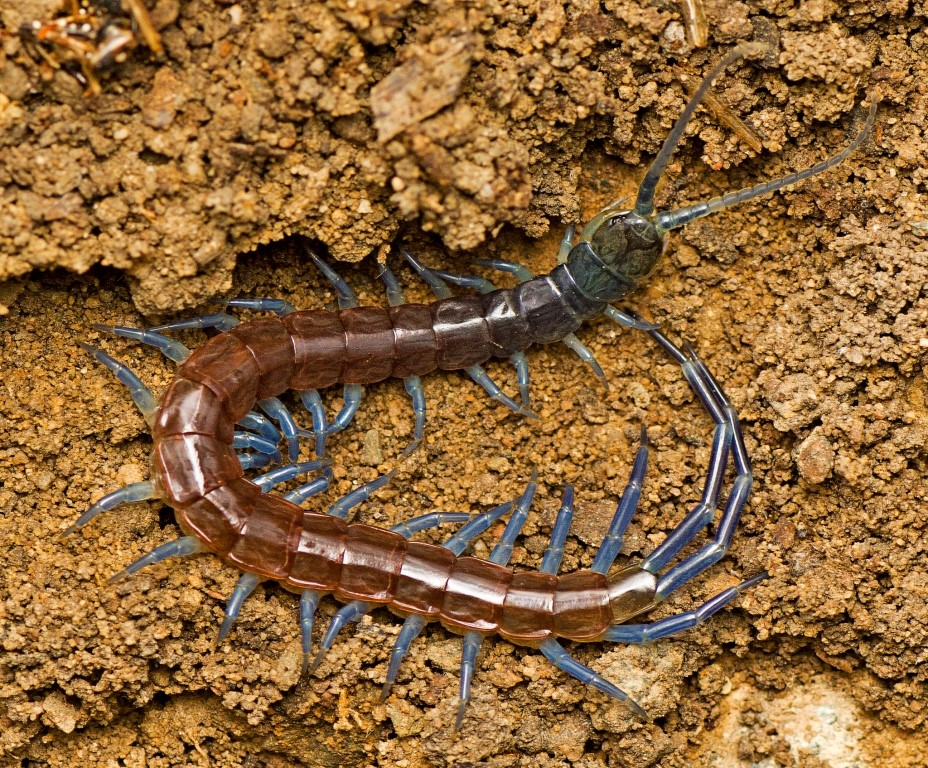 The leaf litter in Australia is the kingdom of ants. It’s nearly impossible to find anywhere without several species. This is a large Camponotus sp. that I’ve yet to identify. 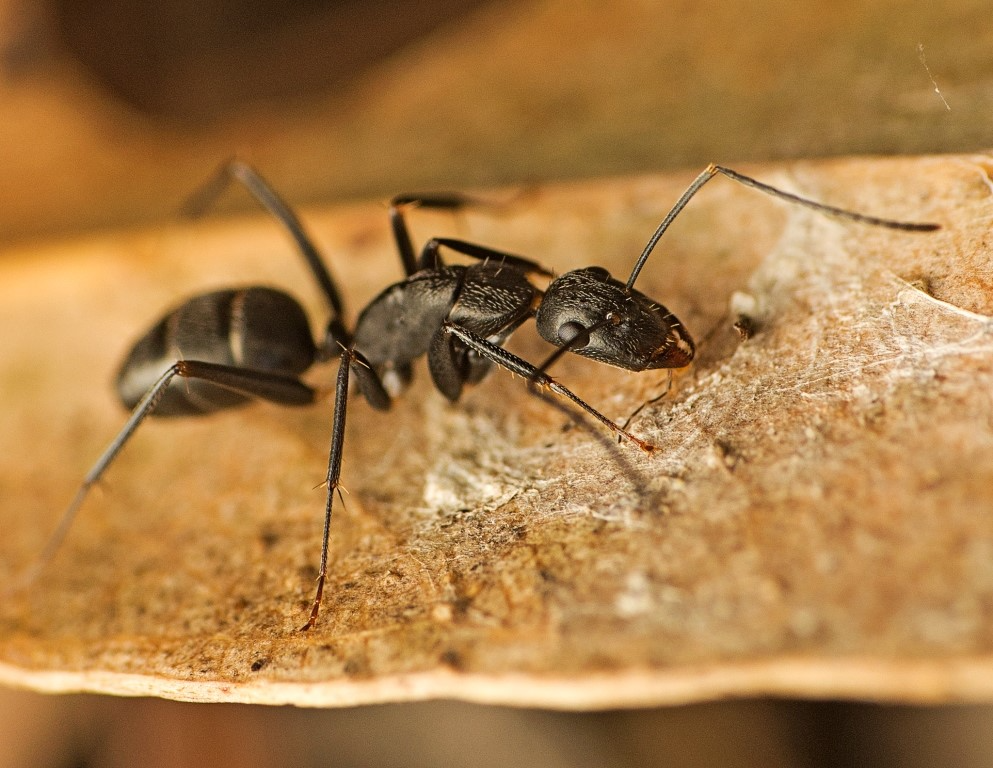 This ant is perhaps my favourite but they are extremely difficult to photograph as they are always on the move. It is one of the so-called spider ants, Leptomyrmex rothneyi, found in subtropical rainforest leaf litter. 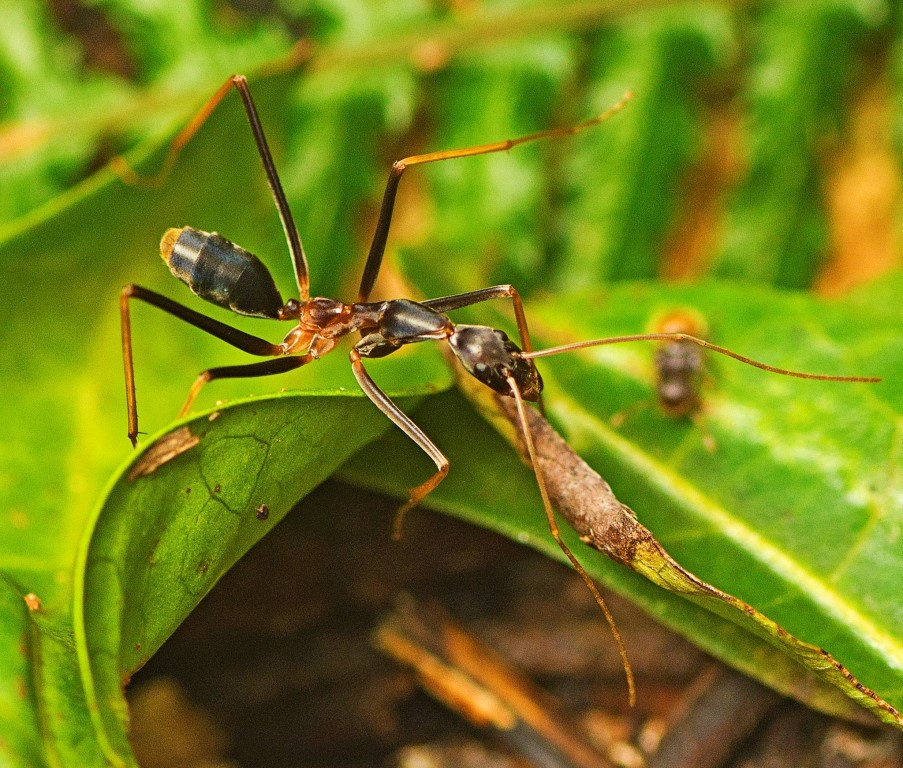 And another favourite is the Painted Strobe Ant, Opisthopsis pictus. These are less common in my area and tend to be in the drier open forests to the north and west. They have an odd stuttering gait that appears to be to confuse predators. It has been observed that they never walk with their strobe gait when inside their nests, only when out in the open. 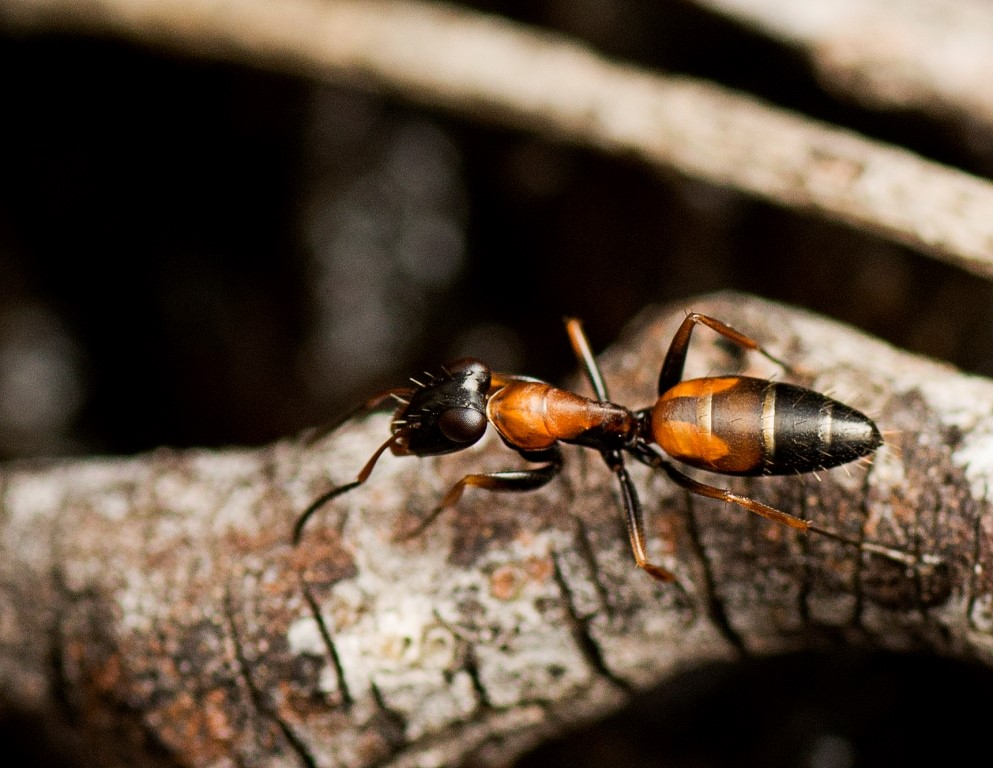 The subtropical rainforest near where I live has plenty of species of snail but this one is the most spectacular. This is the Giant Panda Snail (Hedleyella falconeri). They are leaf litter specialists and are never found more than half a metre above the ground—unlike many of the other snails that regularly feed on the trunks and leaves of trees.

This is unsurprising given that an adult snail is the size of a tennis ball and a fall from any great height would be potentially fatal. They are under threat from collectors and the pet trade. They are almost impossible to keep in captivity as they require a high humidity and a thriving population of particular fungi on which to feed. Hence many are captured only to die in peoples’ vivariums. 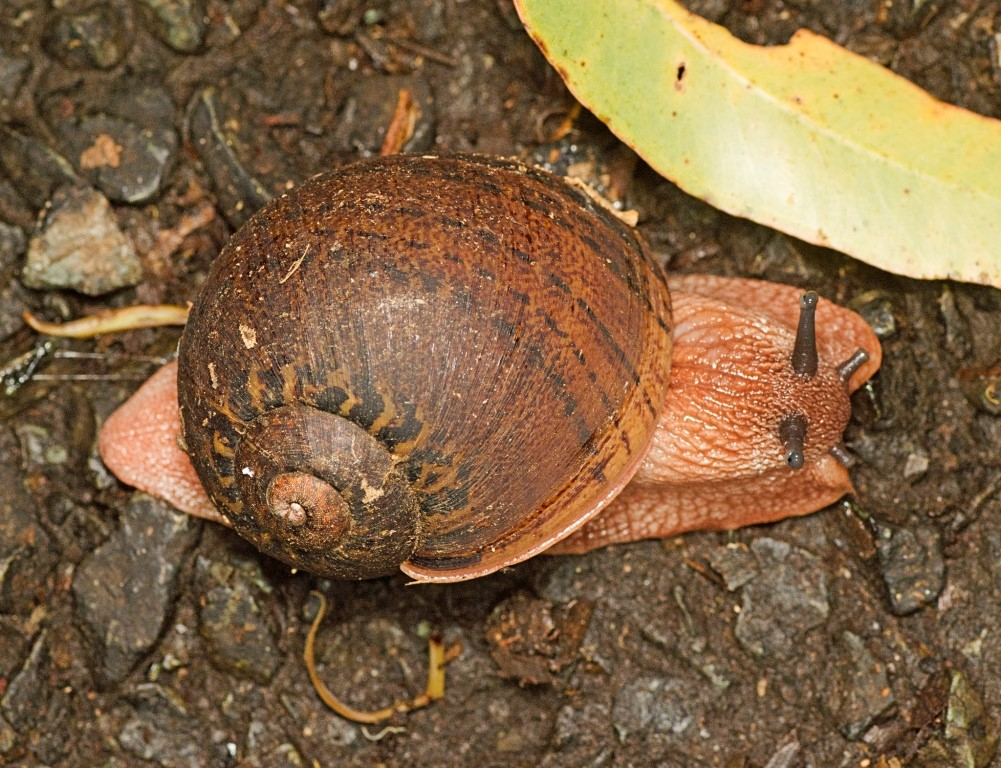 Leaf litter in the open eucalyptus forest has many species of small orthoptera and this is one of my favourites. Macrotona mjobergi the Handsome Macrotona. Macrotona is a genus of spur-throated locusts mostly from Australia often associated with spinifex grasses. 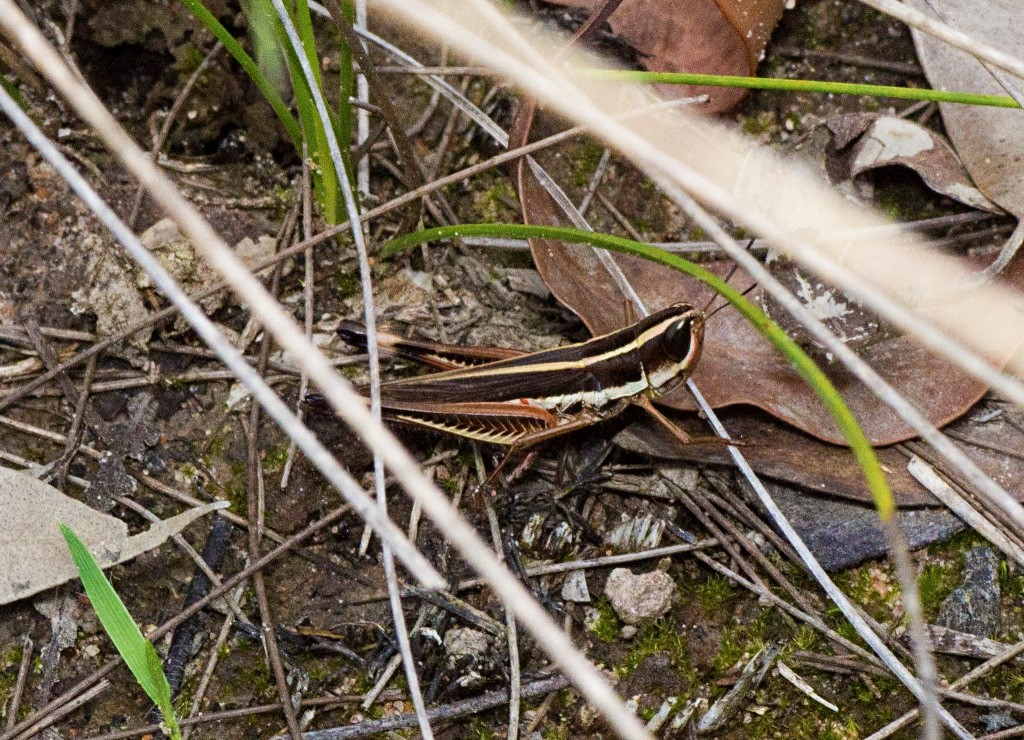 Other common Hymenopterans in the leaf litter are various parasitoid wasps, the most common being velvet ants (Mutilidae), which is what I thought this was at first. However, as it turns out, this is Myrmecomimesis sp., a member of the cuckoo wasp family Chrysididae. Unlike many other cuckoo wasps (but like Mutilids), the females are wingless and spend their time hunting for Phasmid eggs in which to lay their eggs.

Phasmids in Australia produce seed-like eggs that are dropped into the leaf litter. Some have a part to the egg that is meant to be eaten by ants, who take the eggs into the nest where they develop in safety. These wasps run around manically tapping everything with their antenna looking for these eggs before the ants take them. 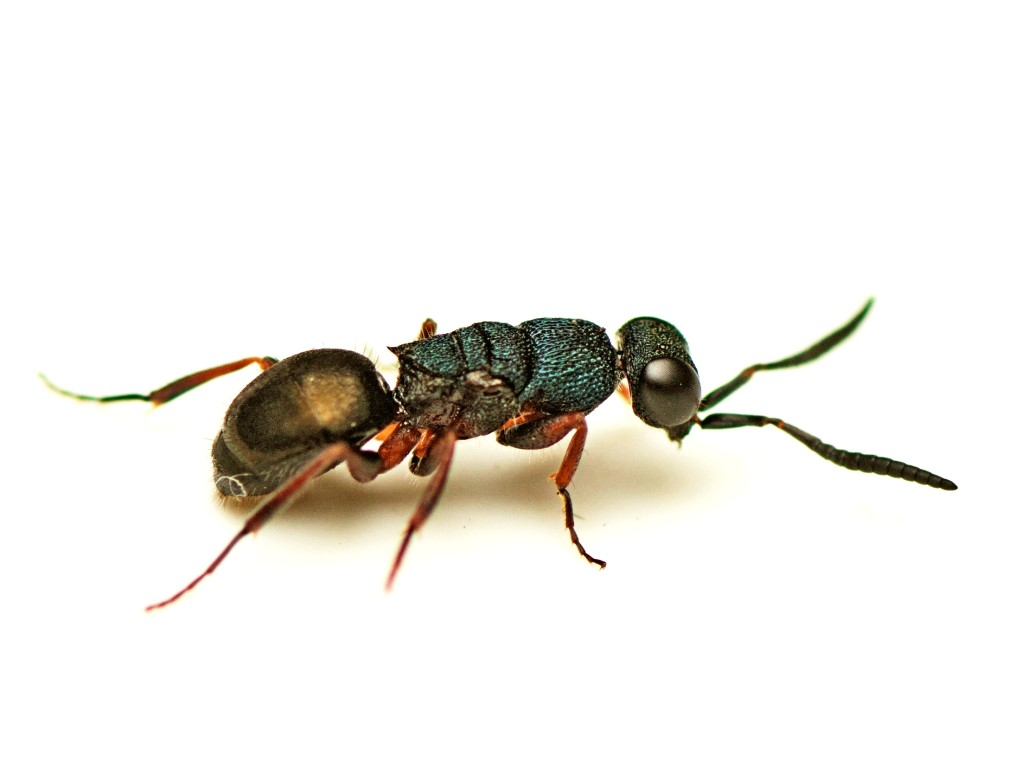 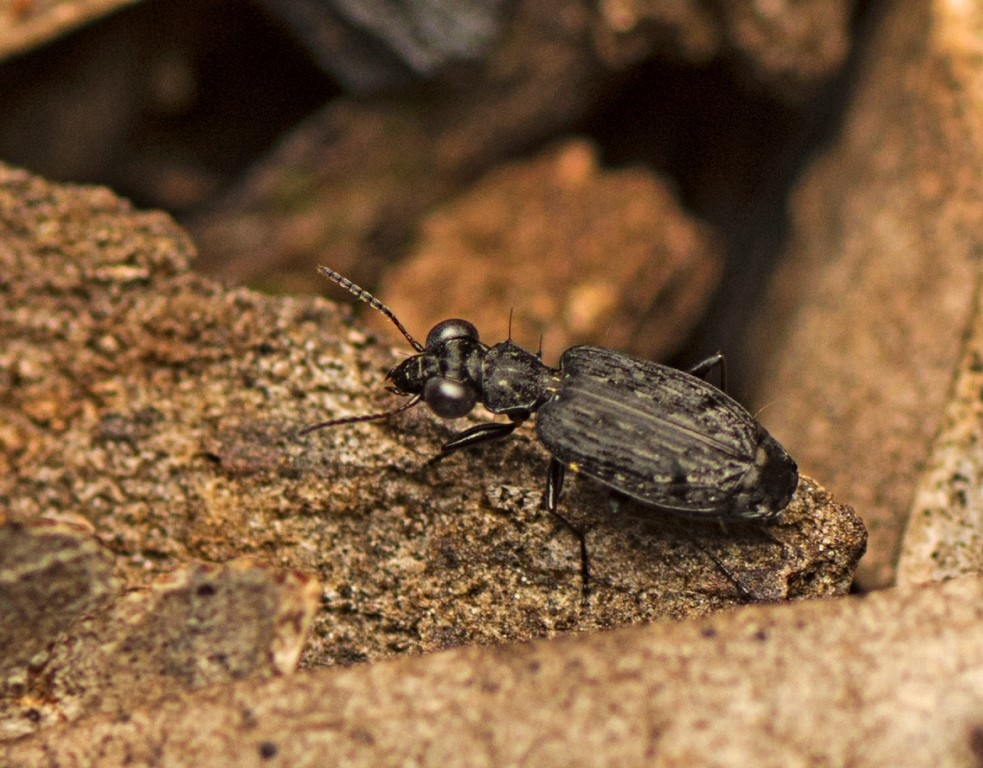 One of those potential prey, defending itself with camouflage and silk with leaf-plate armour. One of the case moths in the family Psychidae. Maybe an early instar Lomera sp. 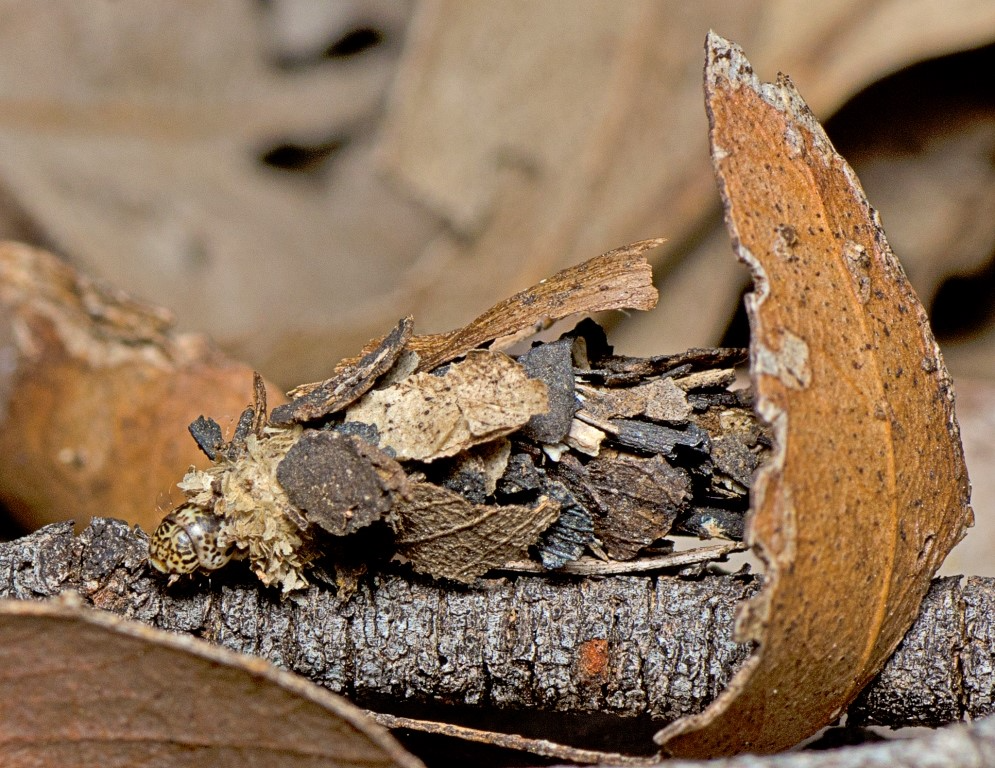