Where we are now: Since this is an ex-trip, meeting its demise because of Covid, we’re heading back to the Chilean Port of Punta Arenas, where we’ll land tomorrow morning. Before that, though, we enter the Beagle Channel and head west. The ship’s real-time map gives our location in the Drake Passage. It was rough seas last night, and I expect many passengers will be a bit green this morning. 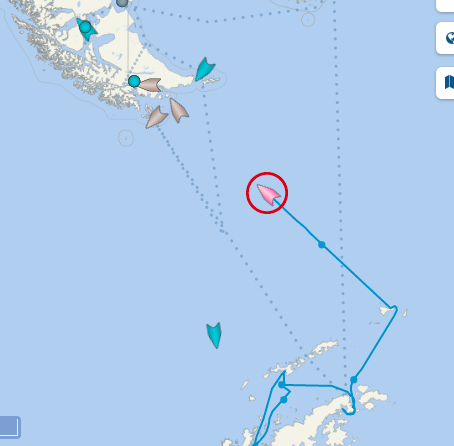 Outside, nothing to see but sea.  We did have a treat yesterday: one of our Expedition Team leaders knows someone on the ship that just discovered the remarkably intact remains of Shackleton’s ship Endurance.  Just for us, they gave us an hour-long streaming video presentation, describing how they found the wreck, the drone that found it, and what other science was done on the expedition. They gave us a 1.5-minute video, which I believe has already been published in the press, and then answered questions. The drone that found it is a remarkable invention, devised especially for this trip.  We weren’t allowed to take photos or make recordings, so the photos below come from other sources.

The ship to ship interview (a remarkable feat in itself) was conducted while the research ship SA Agulhas II was steaming back to its home country, South Africa.

Here’s the research ship/icebreaker that found Endurance (you can read the NYT account of the discovery here). 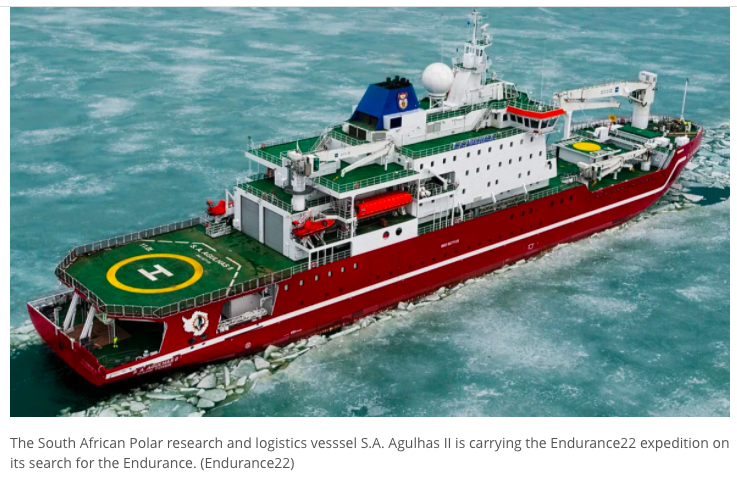 The drone was connected to the ship by over 3000 meters (10,000 feet) of fiber-optic cable, and made about twenty six-hour runs before it found the remains of the Endurance. Here’s the drone and a photo showing they had indeed found the ship, both from the NYT (the blue is the fiber-optic cable):

The expedition leader told us that he and a couple of other explorers were walking on the ice off the ship, looking at penguins, when the discovery was found and he got an urgent call to return to the ship. At first he was distressed, thinking that the drone had been lost (one was on the first expedition a few years ago), but no, they’d found Endurance! That must have been quite a moment.

The expedition was funded largely by the Falklands Maritime Heritage Trust; here’s the team’s logo:

So, good morning on a Sunday afloat: March 13, 2022: Chicken Noodle Soup Day, which, as the whole world knows, is palpably inferior to matzo ball soup made with lots of chicken, rich chicken broth, and ideally containing a pair of matzo balls, like this one: 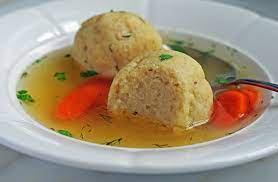 Here is this morning’s breakfast on the ship. I never eat breakfast in Chicago, but it’s hard to resist it here. But I’m going a bit lighter on my eating. Oatmeal, a roll and a mini-croissant with butter and blueberry jam, a bit of cured raw ham, and fruit. On the side I have my usual coffee: a cappuccino with an extra shot of espresso. Oh, and orange juice beforehand. I will skip lunch today and have a good dinner in the Fredheim. 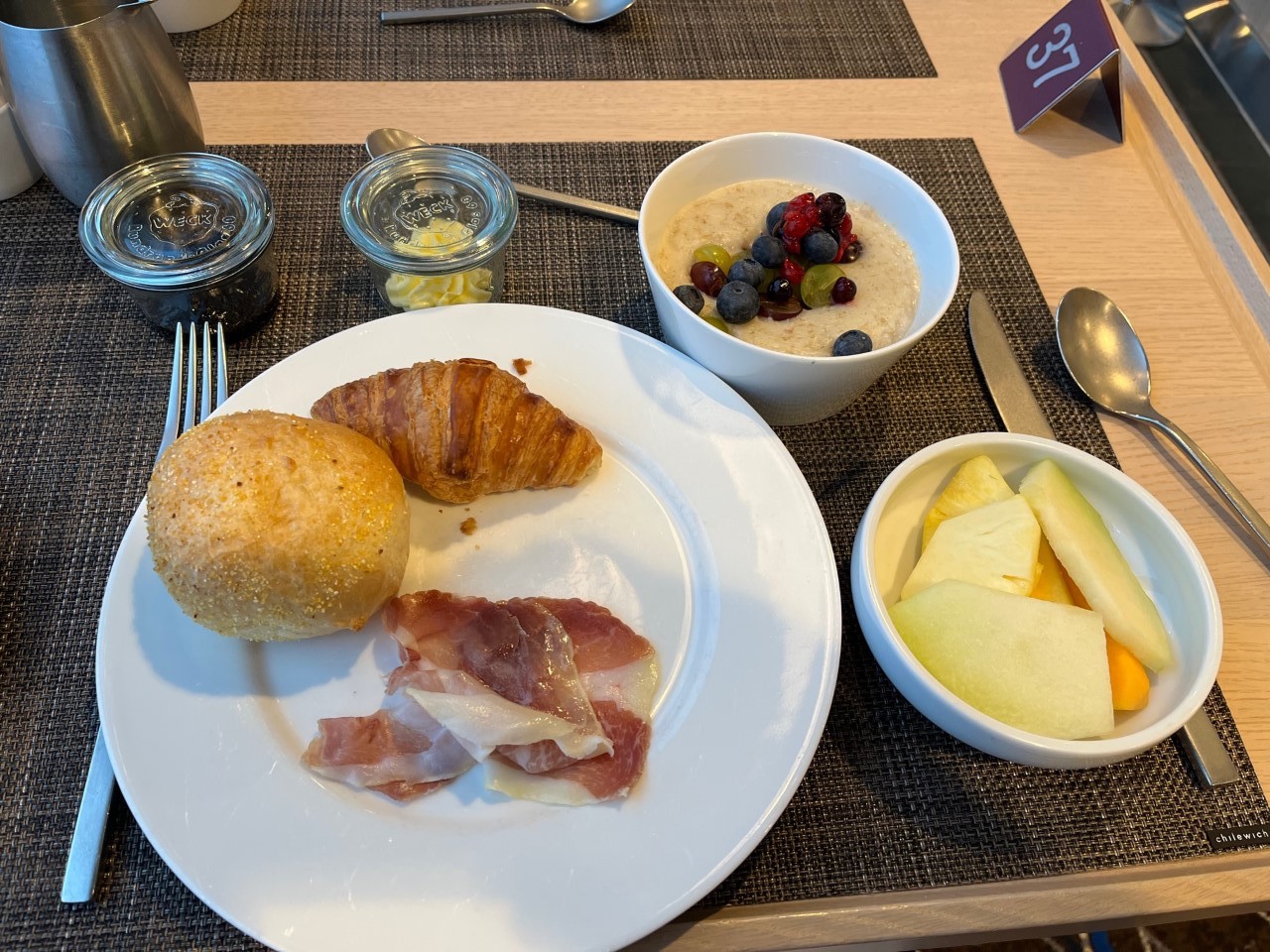 Go to the March 13 Wikipedia page to find notable events, births, or deaths that happened on this day, and then report your favorites in the comments. Reader Jez seems to do this very well.

*Things are getting grimmer in Ukraine, but that was predictable given Putin’s apparent scorched-earth mentality. Fighting has reached the outskirts of Kyiv, France and Germany were unable to persuade Putin to hold a cease-fire, and now Putin apparently considers the transfer of weapons from the U.S. to other countries to be an “act of war”:

The American announcement of more arms for Ukraine’s military, including missiles for taking out warplanes and tanks, came just hours after Russia warned that weapons sent to Ukraine would be considered “legitimate targets” for Russian forces. A Foreign Ministry official said the “thoughtless transfer” of antitank and antiaircraft missiles could lead to serious consequences.

And there are unpredictable peccadilloes, like people using the dating app Tinder to get help finding places to stay. It works—sometimes!

*Ukraine now has its own foreign legion, with soldiers from many countries (not mercenaries, as I don’t think they’re getting paid, are fighting with Ukrainian soldiers against the Russians. As the Wall Street Journal reports, there’s a “Ukrainian Legion” with fighters from many places:

Kyiv is welcoming all outside assistance. The forces at its disposal are far smaller than those of Russia and are unable to fight on an equal footing. Russia’s armed forces count 900,000 personnel, compared with Ukraine’s 209,000 active troops, according to the International Institute for Strategic Studies, a London think tank. The Ukrainian number doesn’t include recent mobilizations.

Addressing this imbalance, Ukrainian President Volodymyr Zelensky last month announced the formation of the International Legion of Defense of Ukraine, appealing to veteran soldiers outside the country who have specialized skills and experience in war to join the fight.

The international units are a component of the country’s regular armed forces and report to its general staff. Foreigners serve under Ukrainian officers. A spokesman for the group confirmed that some foreign units were already fighting on the front line.

. . .The group is seeking veterans with combat experience, and a number of Americans and British citizens who have served in Iraq and Afghanistan have already registered, the spokesman said.

Ukrainian diplomatic missions abroad have been funneling recruits via Poland, and volunteers have been arriving there from Belarus, Belgium, Germany, Sweden and dozens of other countries, according to an official at the Ukrainian Embassy in Warsaw.

*The unconstitutional Texas anti-abortion law, aimed at preventing abortions when there’s a fetal heartbeat (and makes no exception for rape or incest), has been given the imprimatur by the Texas Supreme Court. This is all because enforcement of the law has been delegated to private citizens, who can sue anybody abetting an illegal abortion in civil courts. And that is the reason the Supreme Court upheld it:

By empowering everyday people and expressly banning enforcement by state officials, the law, known as S.B. 8, was designed to escape judicial review in federal court. Advocates of abortion rights had asked the Supreme Court to block it even before it took effect last September. The justices repeatedly declined, and said that because state officials were not responsible for enforcing the law it could not be challenged in federal court based on the constitutional protections established by Roe.

But the Supreme Court left open the smallest of windows, saying in December that opponents of the law could file suit against Texas medical licensing officials, who might discipline abortion providers who violate the law.

Yet Roe v. Wade, already with one foot on ice and the other on a banana peel, allows abortion up to about 6 months of pregnancy, four times longer than the Texas bill. Could some lawyer explain to me why a federal ruling that allows abortions can be superceded by a state law, merely because the means of enforcement is different. If this stands (and I’m not expecting Roe v. Wade to survive more than a few years), there are any number of laws that could be passed using private citizens instead of the state to enforce them.

*I haven’t been following the news closely, and am wondering what the status is of Biden’s “Build Back Better” bill. It seems to be dead, or at least that’s implied in a NYT article on Democrats looking for a slogan to improve their image. A slogan!

Democrats, Ms. Pelosi told Mr. Biden and a group of his aides, need a more succinct and consistent message. The speaker, who has long been fond of pithy, made-for-bumper-sticker mantras, offered a suggestion she had heard from members: Democrats deliver.

What Ms. Pelosi did not fully detail that February evening was that some of her party’s most politically imperiled lawmakers were revolting against Mr. Biden’s preferred slogan, “Build back better,” believing it had come to be a toxic phrase that only reminded voters of the party’s failure to pass its sweeping social policy bill. And what the president and his advisers did not tell the speaker was that they had already surveyed “Democrats deliver” with voters — and the response to it was at the bottom of those for the potential slogans they tested, according to people familiar with the research.

. . . Democrats are pleading with him to come up with a sharper message. With inflation hitting another 40-year high and gas prices spiking because of the boycott on Russian oil, they remain angst-ridden about their prospects in the fall, in large part because the president’s approval ratings remain in the 40s, and even lower in some pivotal states, even after a recent bump.

And when Ukraine is lost to the Russians, it will hurt the Democrats even more, I fear, for even though Biden’s done an admirable job there, it will be the loss of a democracy and of an ally on Biden’s watch. He will look weak.

The NYT has a good quiz on The Godfather (part one) since it’s the movie’s 50th anniversary. It’s self-scoring, and I didn’t do all that well (you need a pencil to keep track). It is not an easy quiz! And be careful: the first question is a trick: the rats are metaphorical ones. I suppose the paper doesn’t give a score because that would be meritocratic.

Meanwhile in Dobrzyn, Kulka is trying to make friends with Hili, but it’s not going well:

Kulka: Let’s try to talk.
Hili: Not from this position, first you have to retreat. 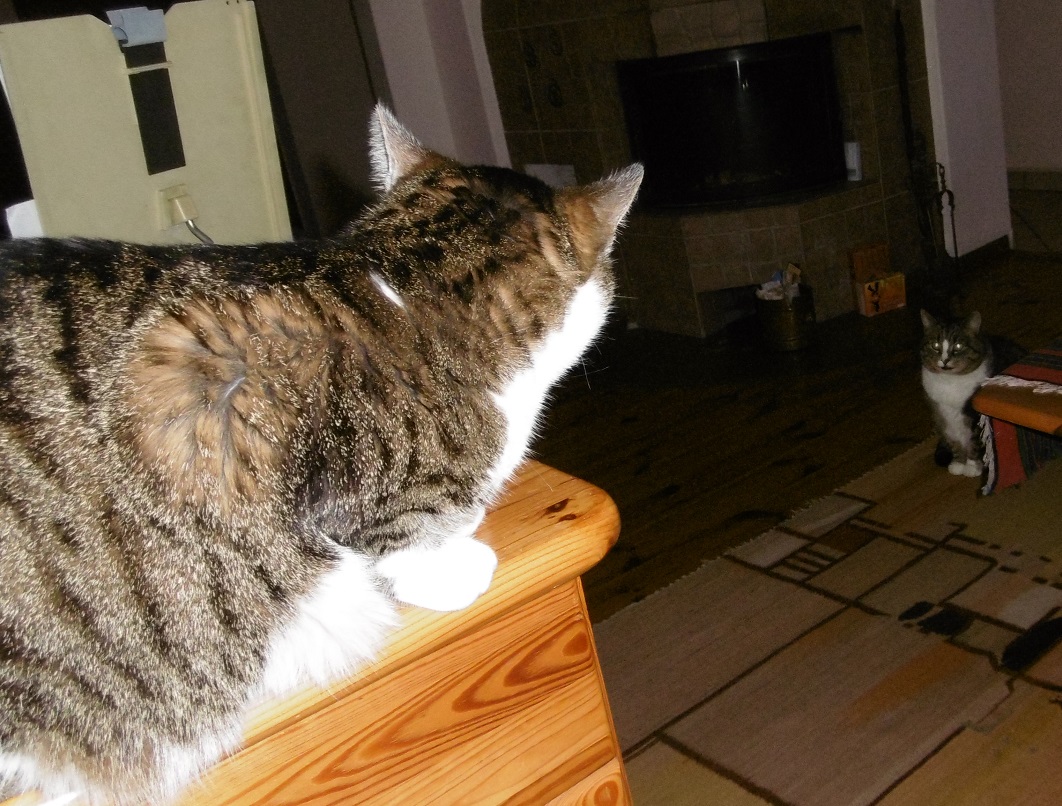 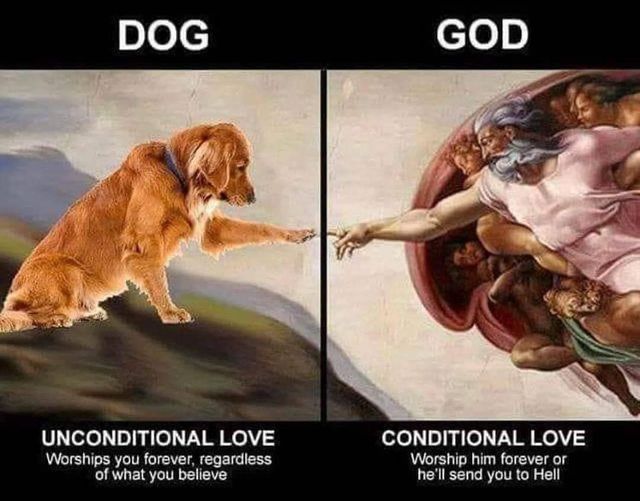 From Jesus of the Day. Do you think this photo is real? 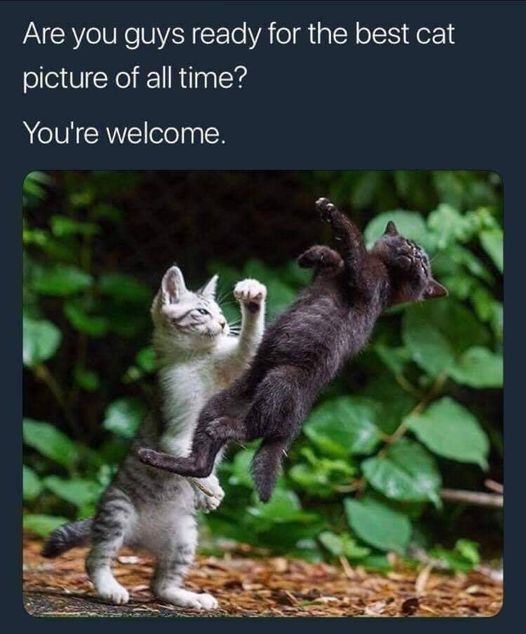 It's hard to get help for mental illness when your entire species has it.

From Ricky Gervais. This is the ineffably sad but also beautiful last scene of the last episode of his show “After Life”, emphasizing the ephemerality but beauty of life. I won’t explain it; just watch the series (three seasons). Sheer filmmaking genius.

Have a beautiful weekend ❤️
pic.twitter.com/pnUWKssWAP

Tweets from Matthew. This first design, to appear on a Ukrainian postage stamp, is a corker, showing one of those Ukrainian who refused to surrender giving the finger to the Russians:

The postage stamp named "Russian warship, go f**k yourself!" will appear in🇺🇦. The sketch by artist Boris Groh received the most votes and will soon be published by Ukraine's state postal company.
🇺🇦✌️#StandWithUkraine#StopRussianAgression pic.twitter.com/ByYAzw2tYq

This is a great thread because Britain has so many weird place names:

My particular favourite, in Hampshire, is Nether Wallop, which I assume would be suitable punishment for careless drivers. 😂 pic.twitter.com/wSpPxGHKDy

Makes me think of this, I've been most of these places actually pic.twitter.com/V2kFcREDJW

Interspecies friendship: human and (I think) a gosling:

Interspecies friendship of the day. pic.twitter.com/7gTKeaTVAu