Yesterday we were supposed to visit Brown Bluff, a basalt tuya, with “tuya” defined by Wikipedia as “a flat-topped, steep-sided volcano formed when lava erupts through a thick glacier or ice sheet.” Brown bluff is a tourist spot on the east side of the Antarctic Peninsula, on the Weddell Sea.

Alas, there was too much ice near shore to allow Zodiac landings, so instead we cruised up the east side of the Peninsula from south to north. And there’s lots of animal life, though it’s a bit late for the Adelies.

The site has been identified as an Important Bird Area (IBA) by BirdLife International because it supports a breeding colony of about 20,000 pairs of Adélie penguins, as well as about 550 pairs of gentoo penguins. Other birds nesting there include cape petrels, Wilson’s storm petrels and kelp gulls. Weddell seals regularly haul out, and leopard seals often hunt offshore.

I could have used the sight of a few Adelies, and I’m lecturing on Weddell seals and their adaptations, so it would have been cool for the passengers to have seen one of those big boys, but alas, it was not to be.

Here’s a picture I took that I thought was isBrown Bluff,  but doesn’t seem to be, for below that is a photo from Wikipedia that’s definitely Brown Bluff: 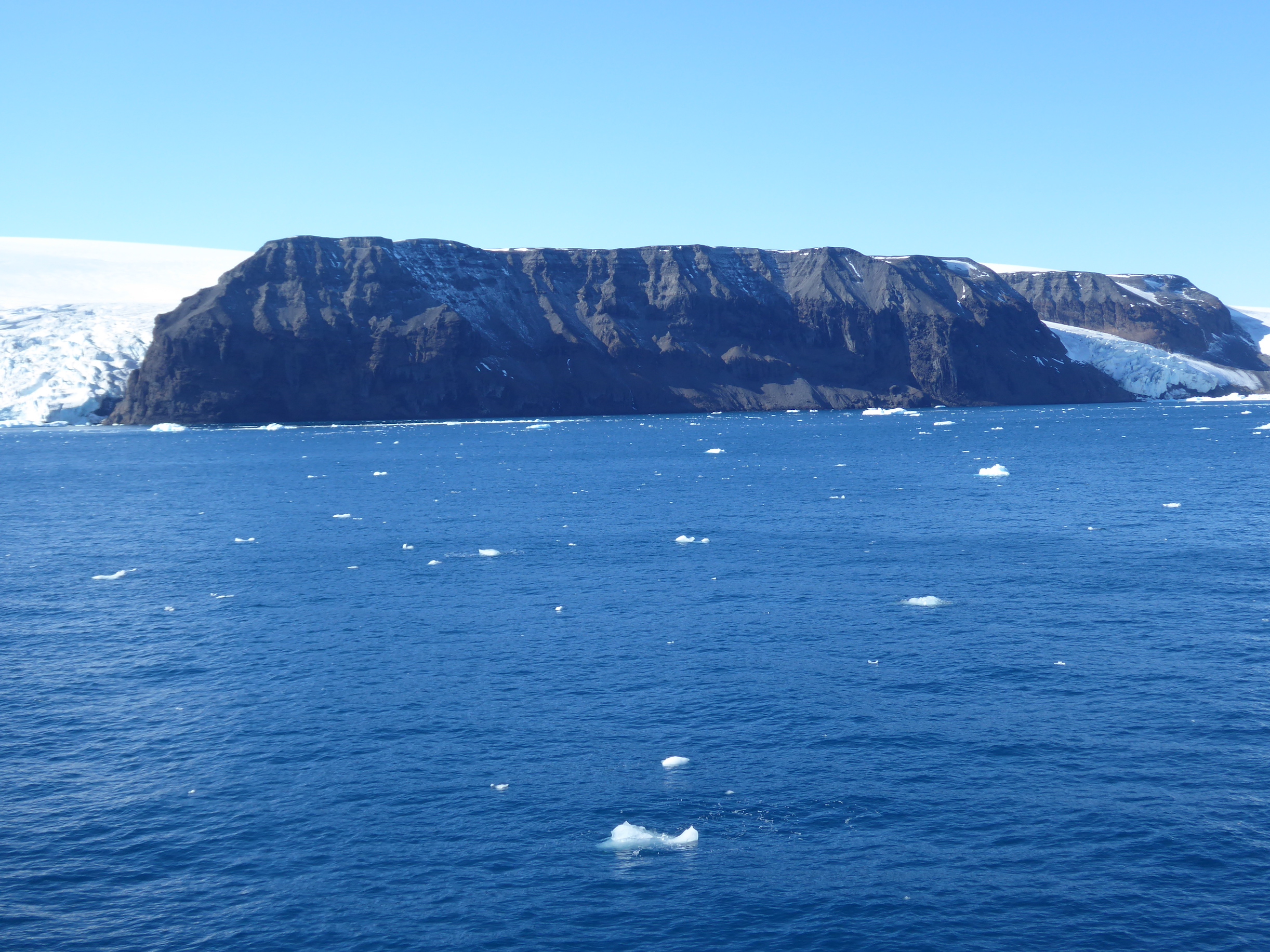 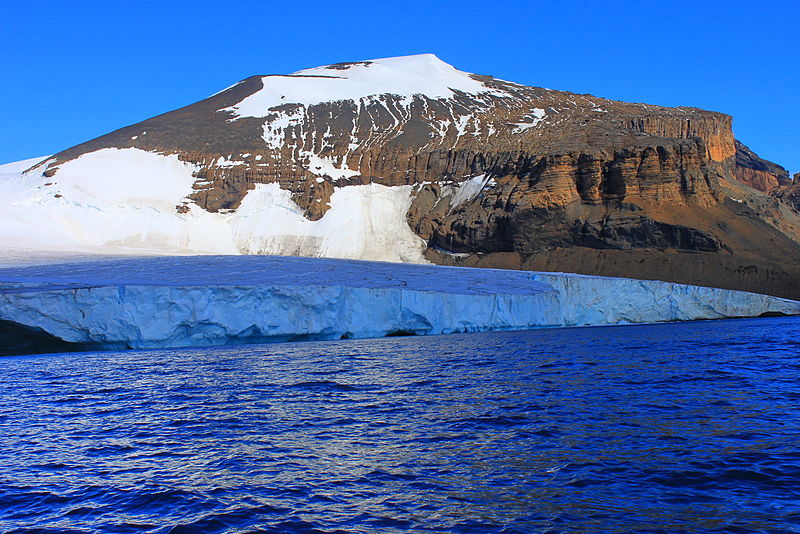 At any rate, we didn’t go ashore but cruised slowly northward. Since my balcony is on the port side, and so was the Peninsula, I was able to sit outside for a longish while and take photos. So voilà: the weathers of the Weddell sea, replete with much ice: 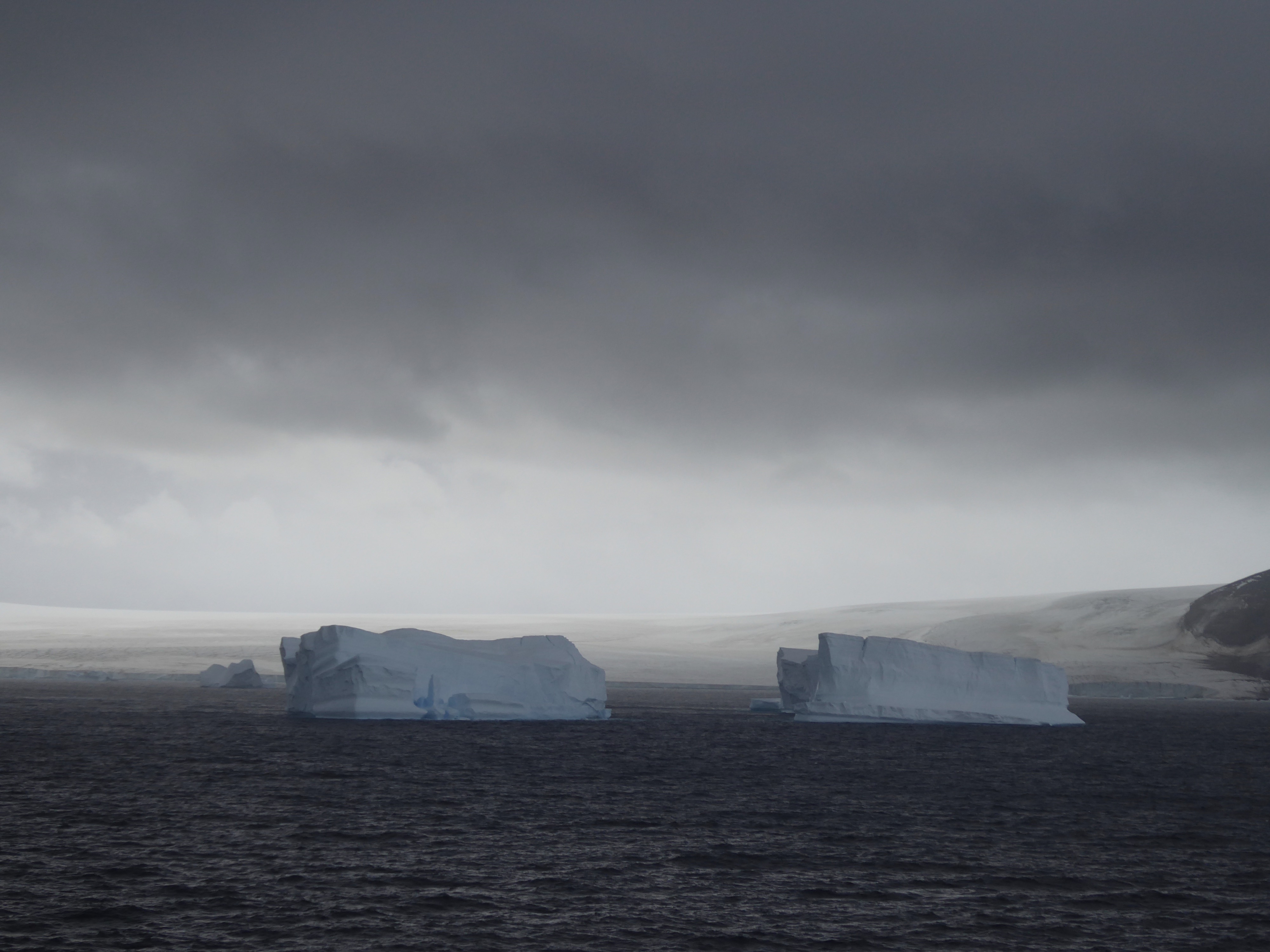 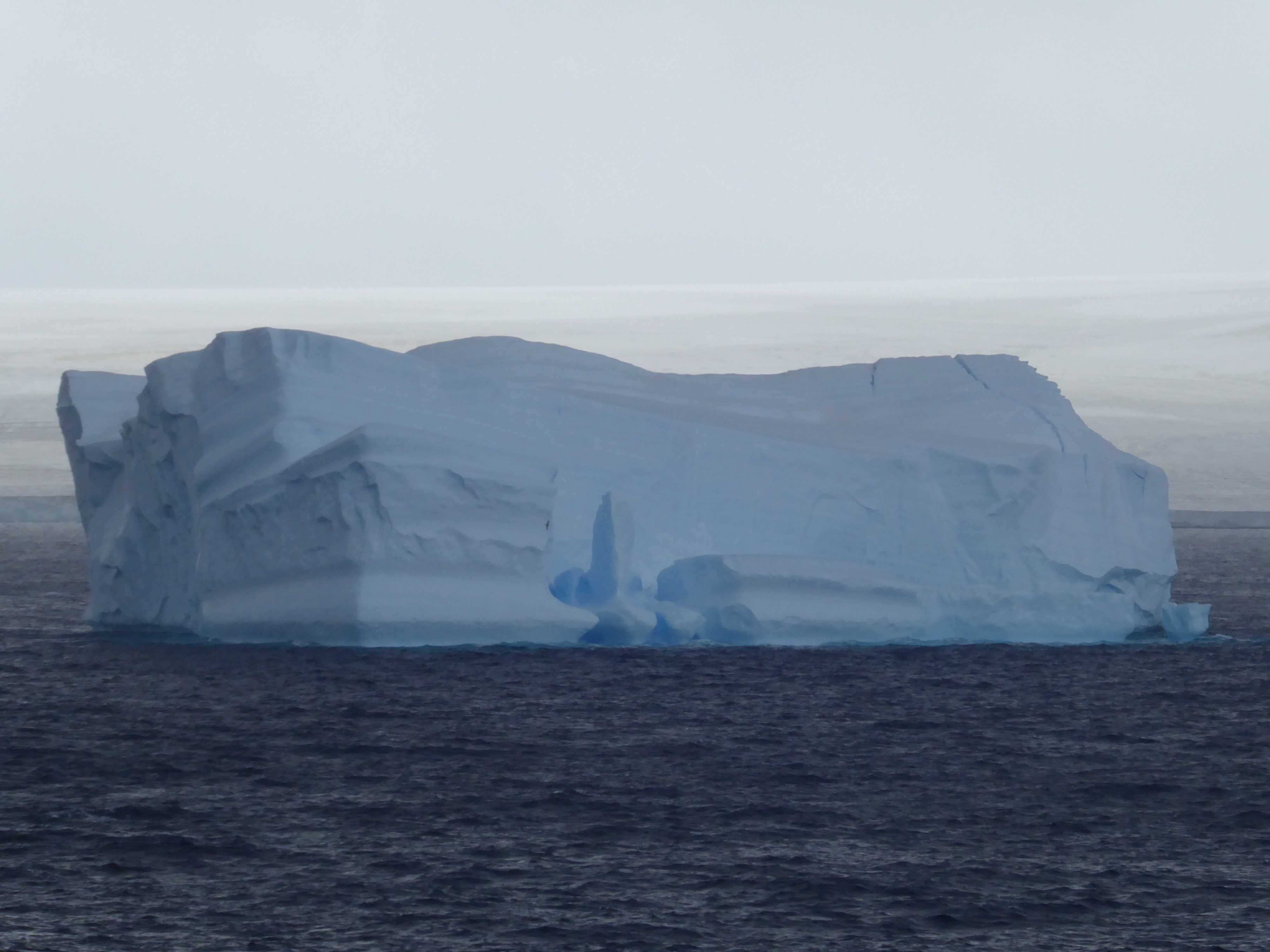 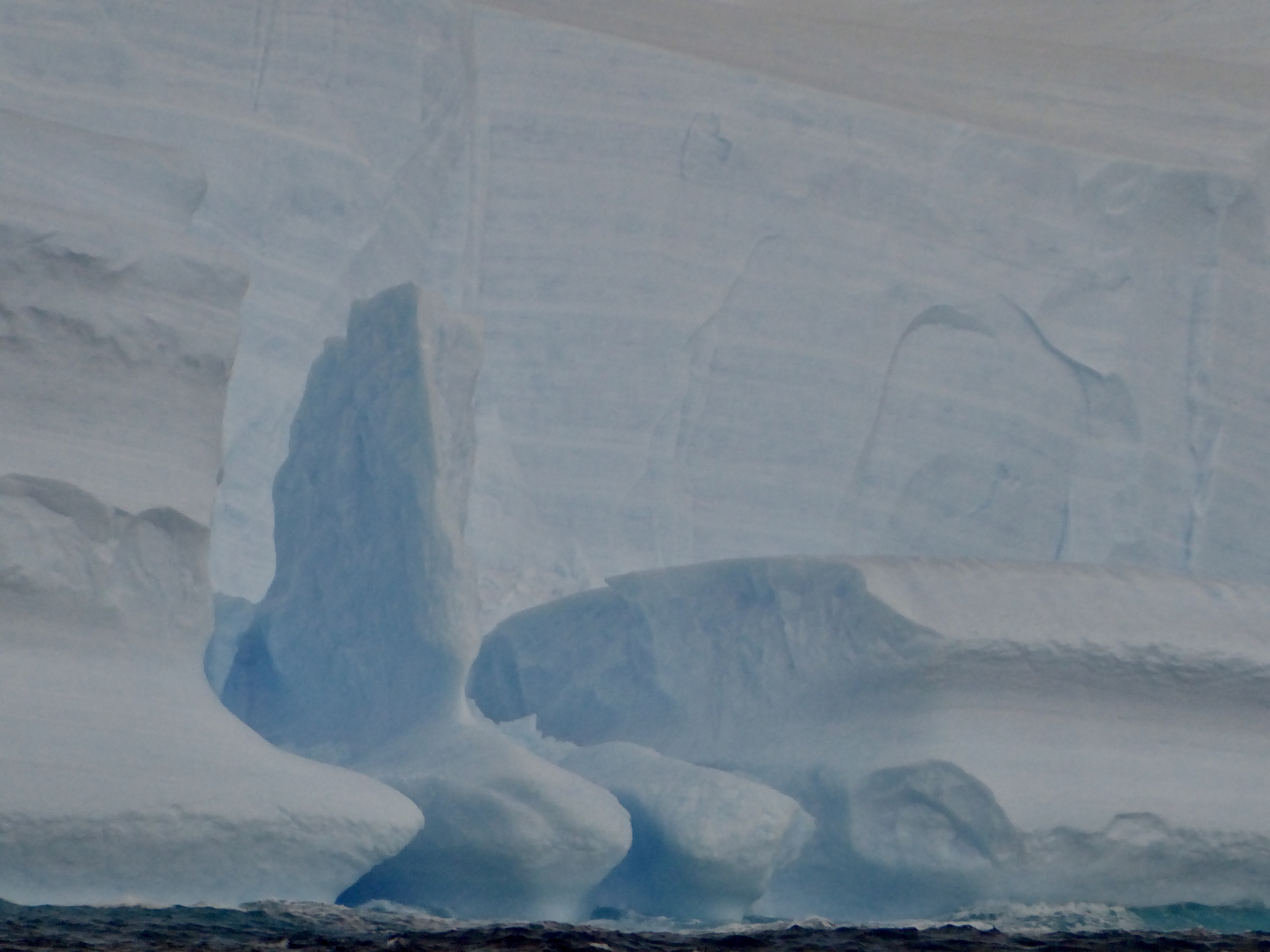 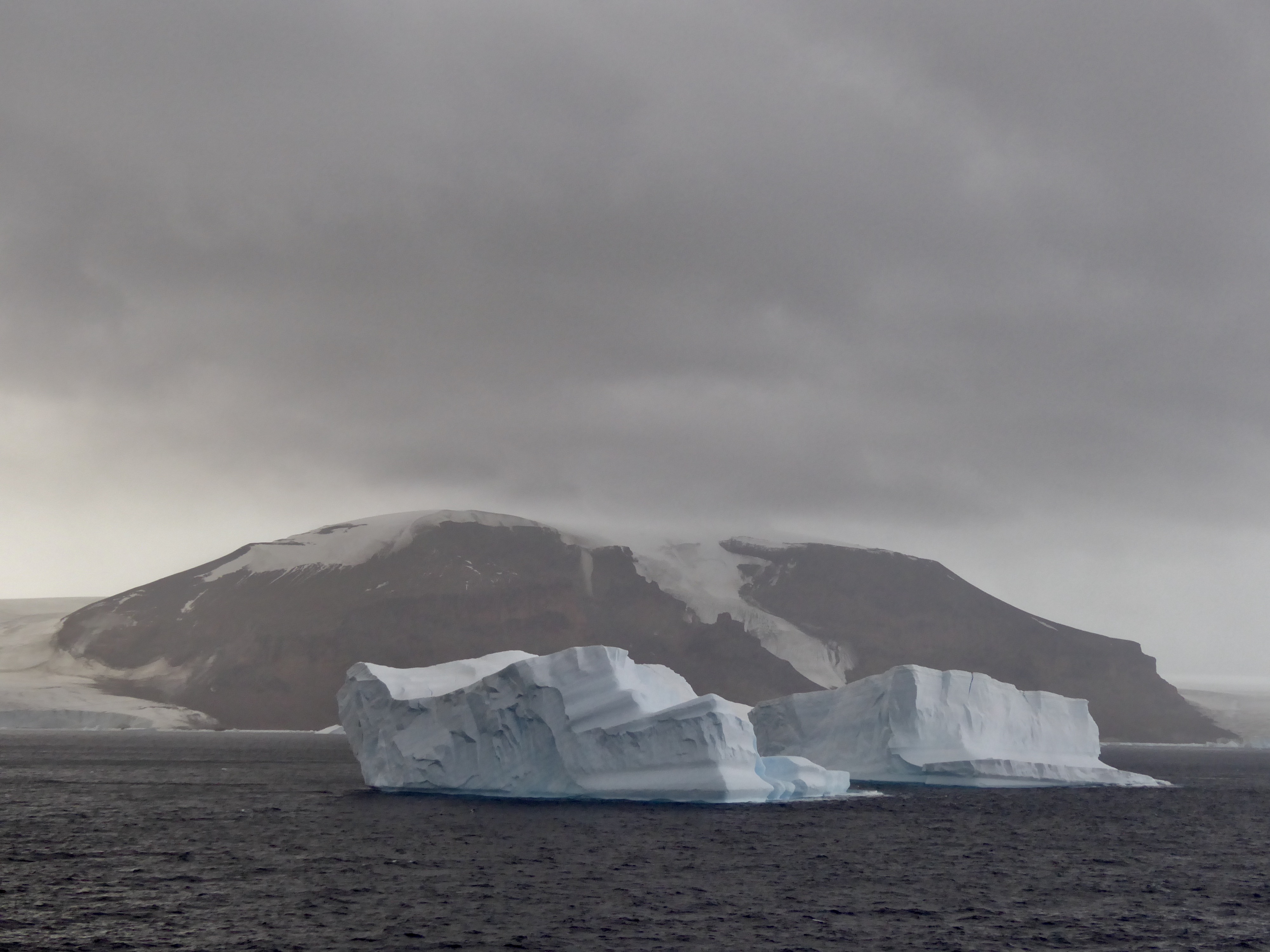 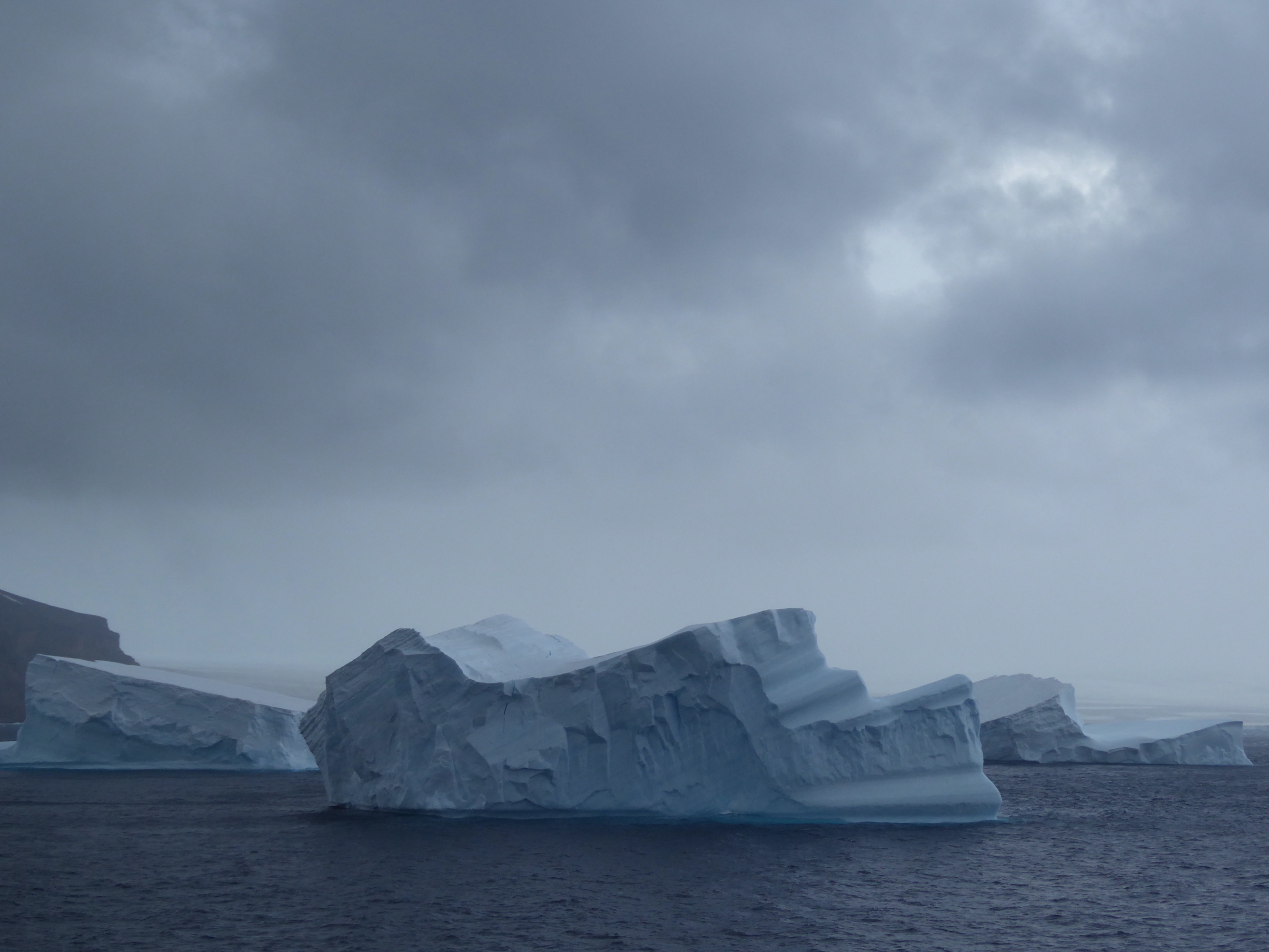 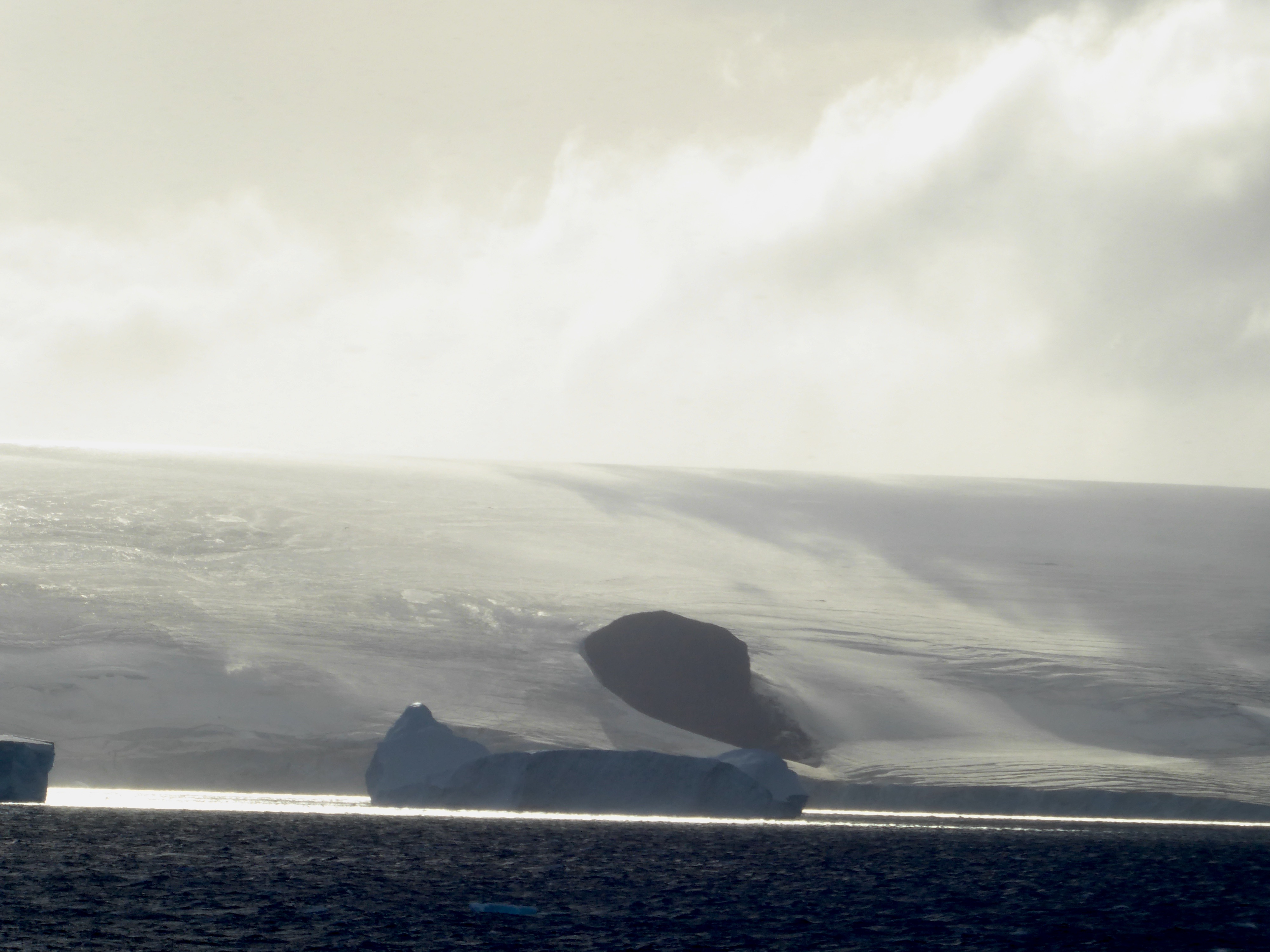 The icebergs really shine when they catch the light. 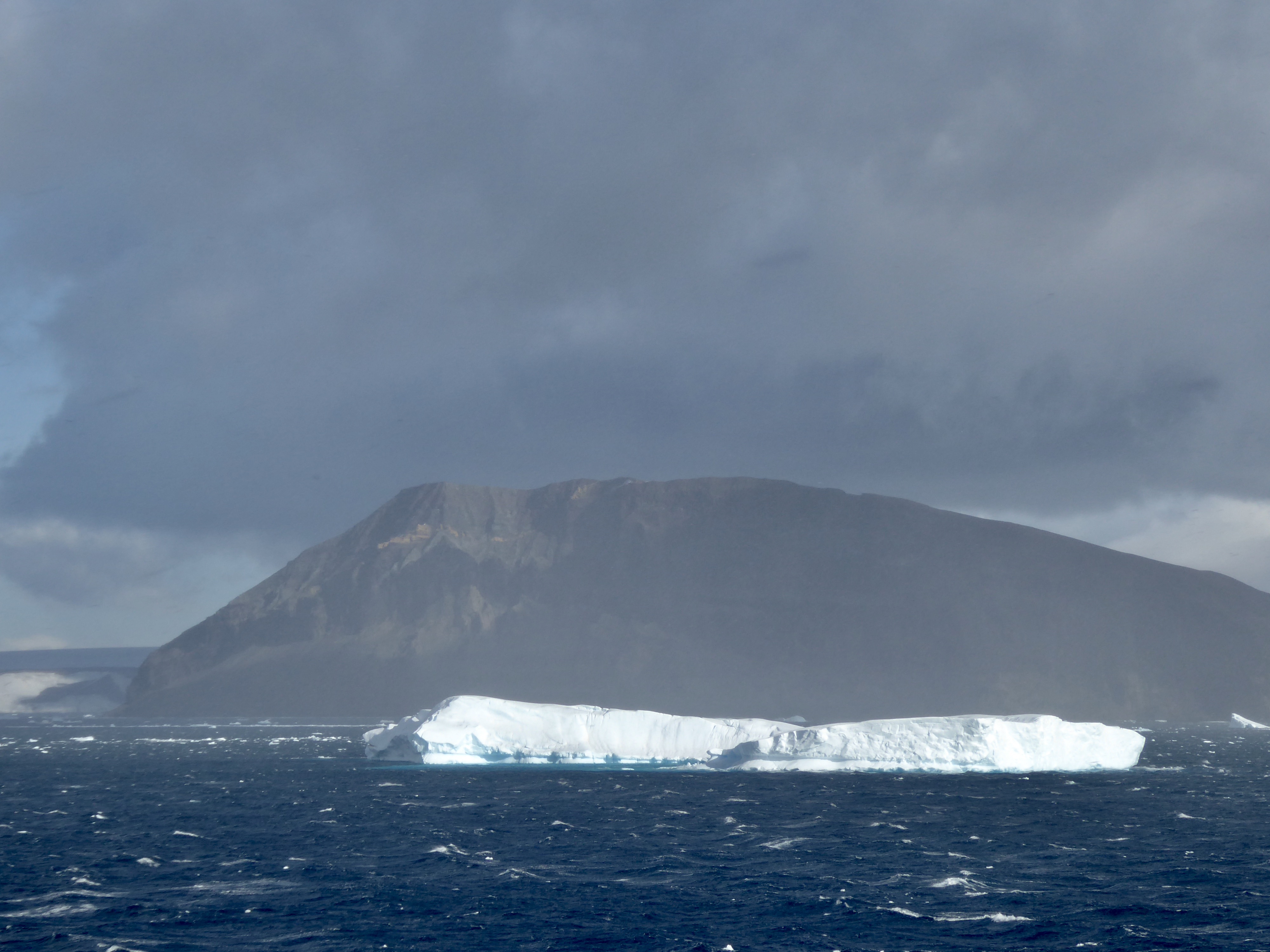 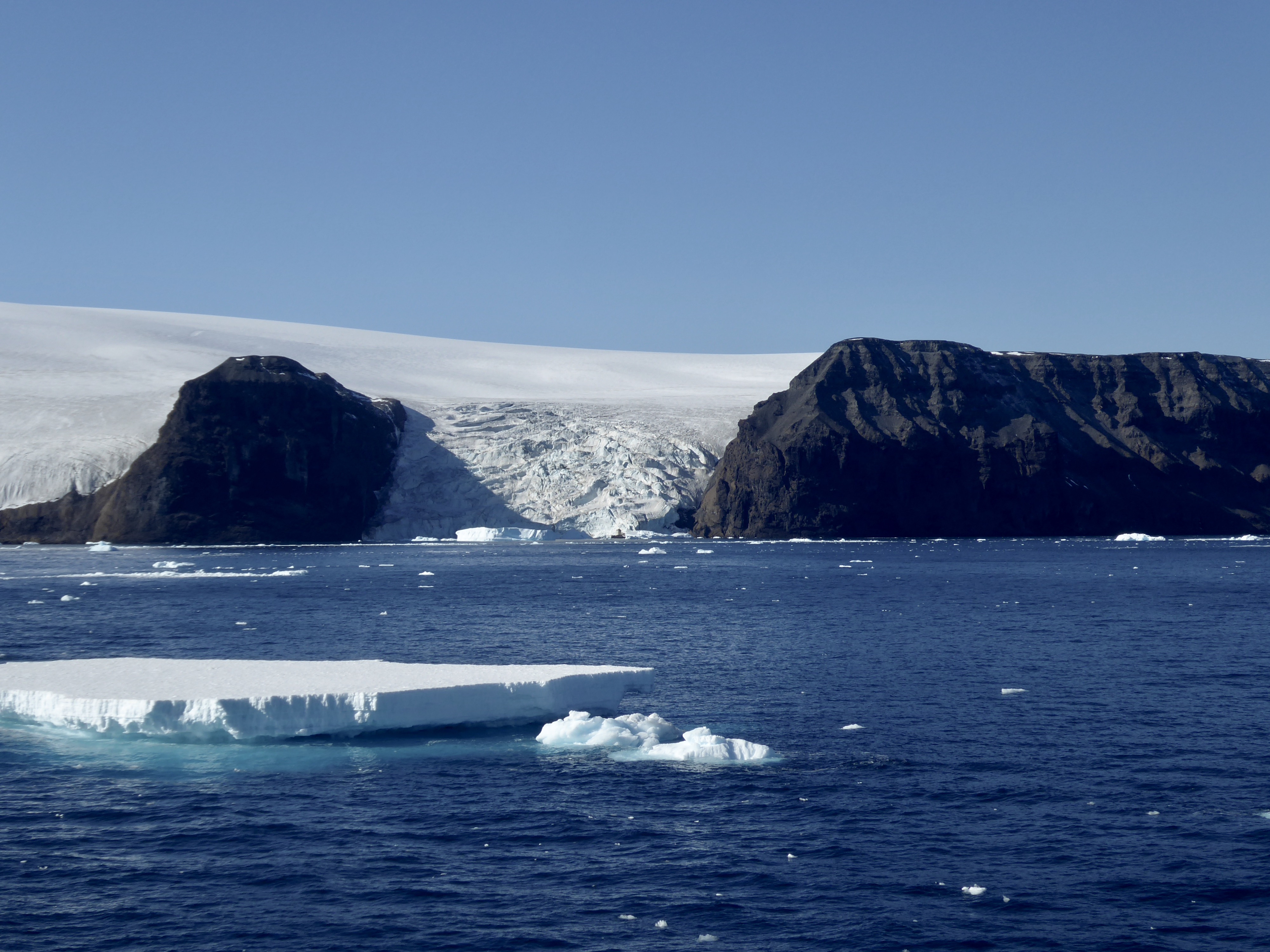 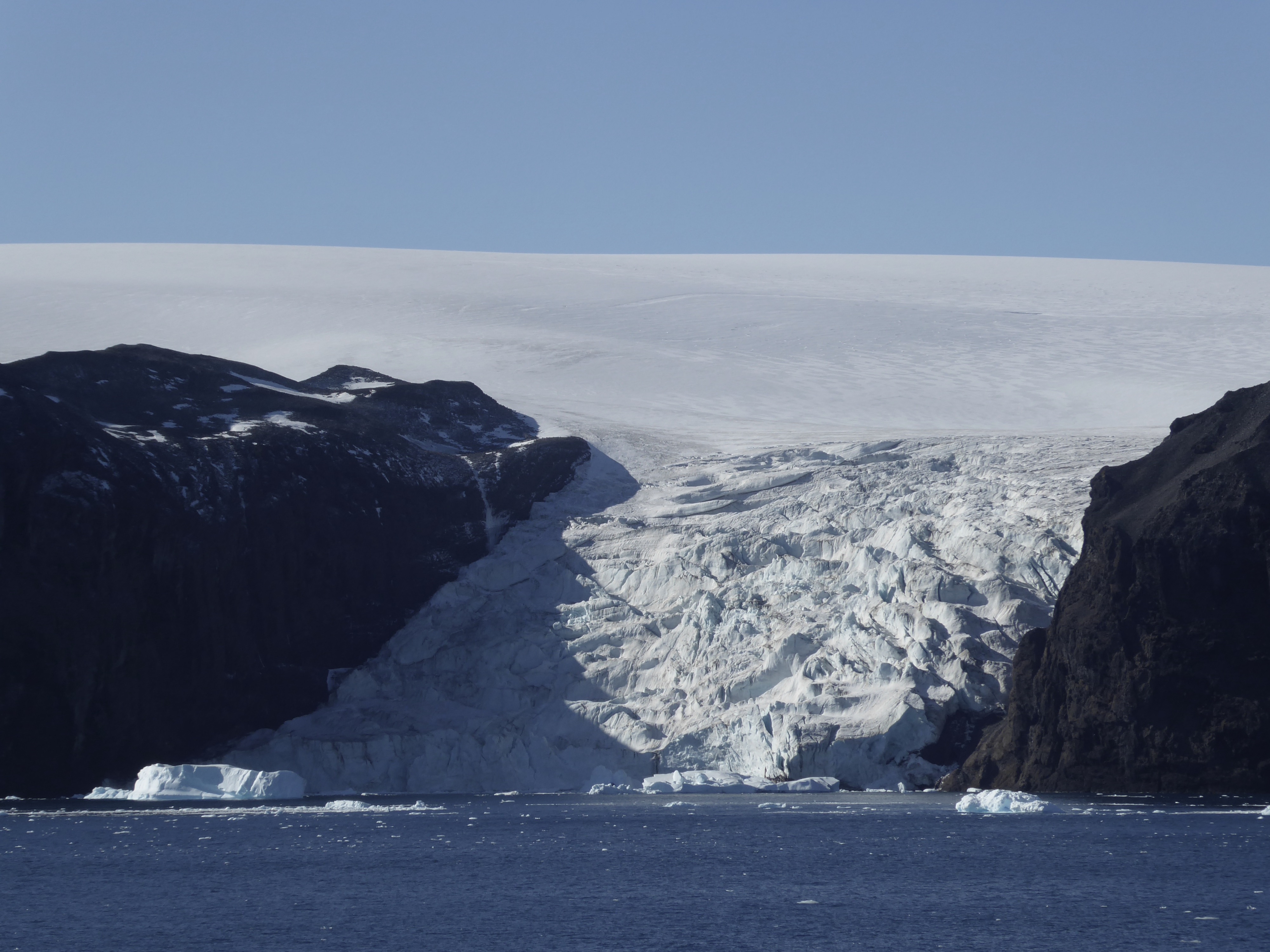 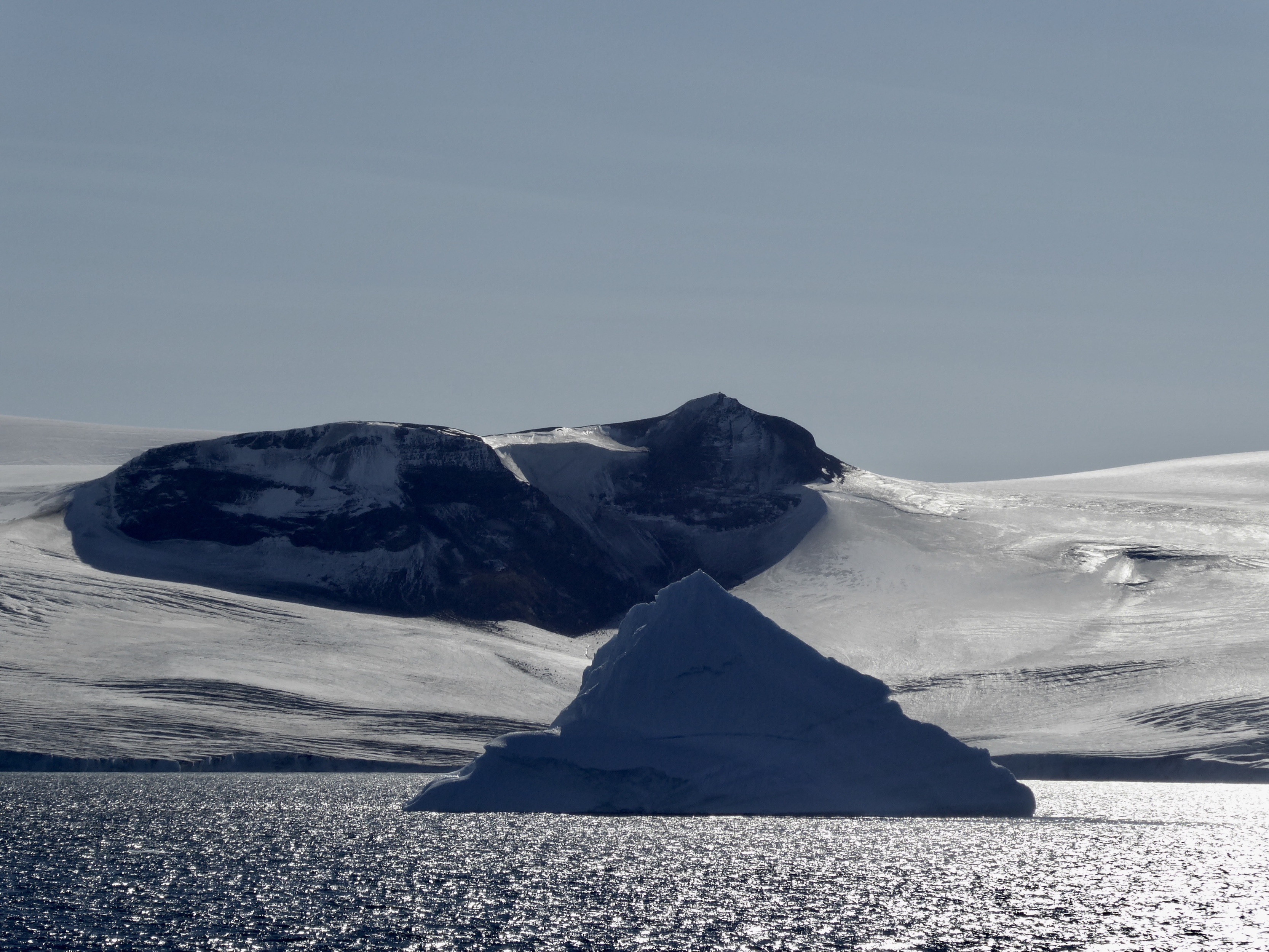 They come in all shapes and sizes: 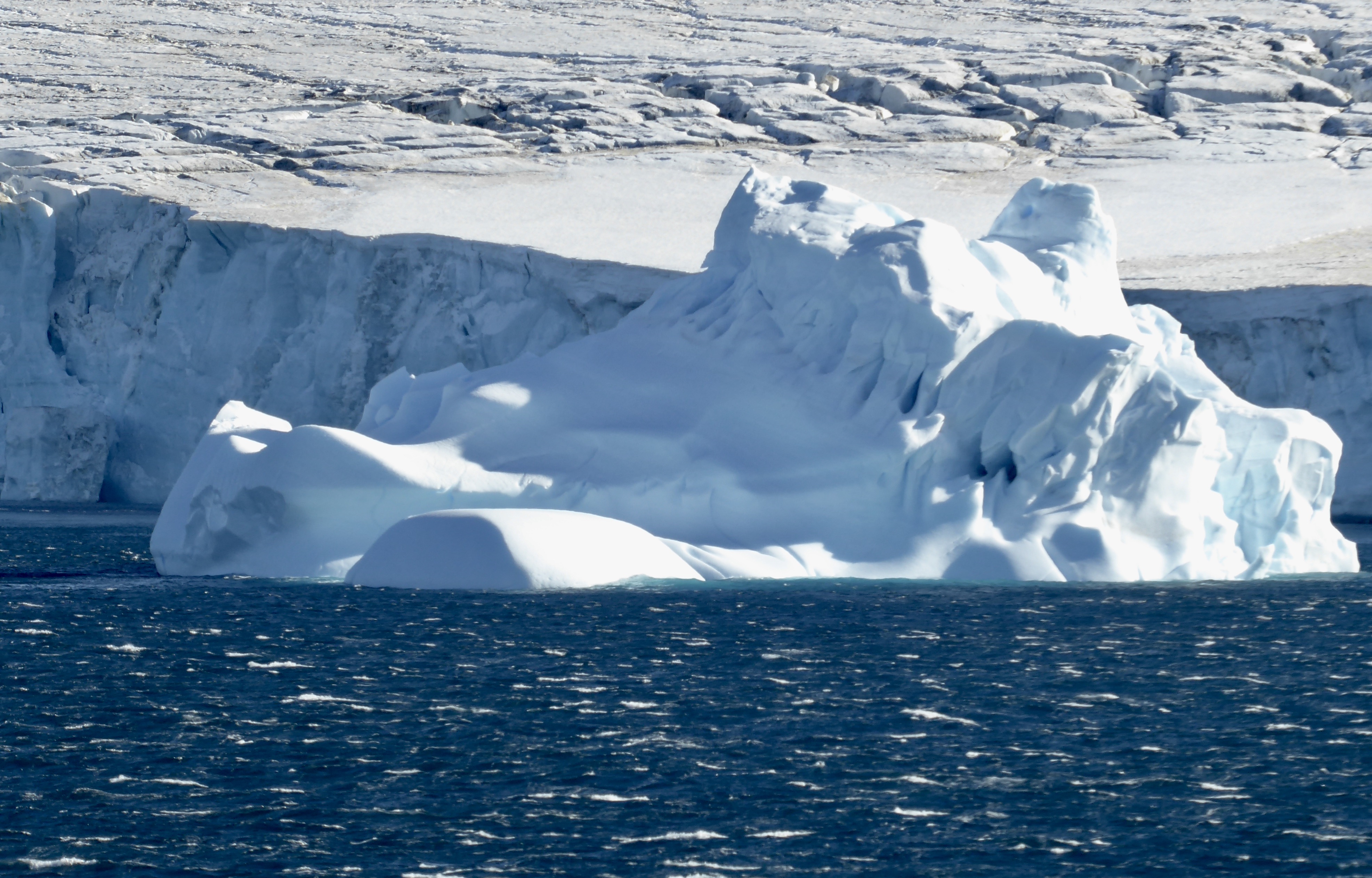 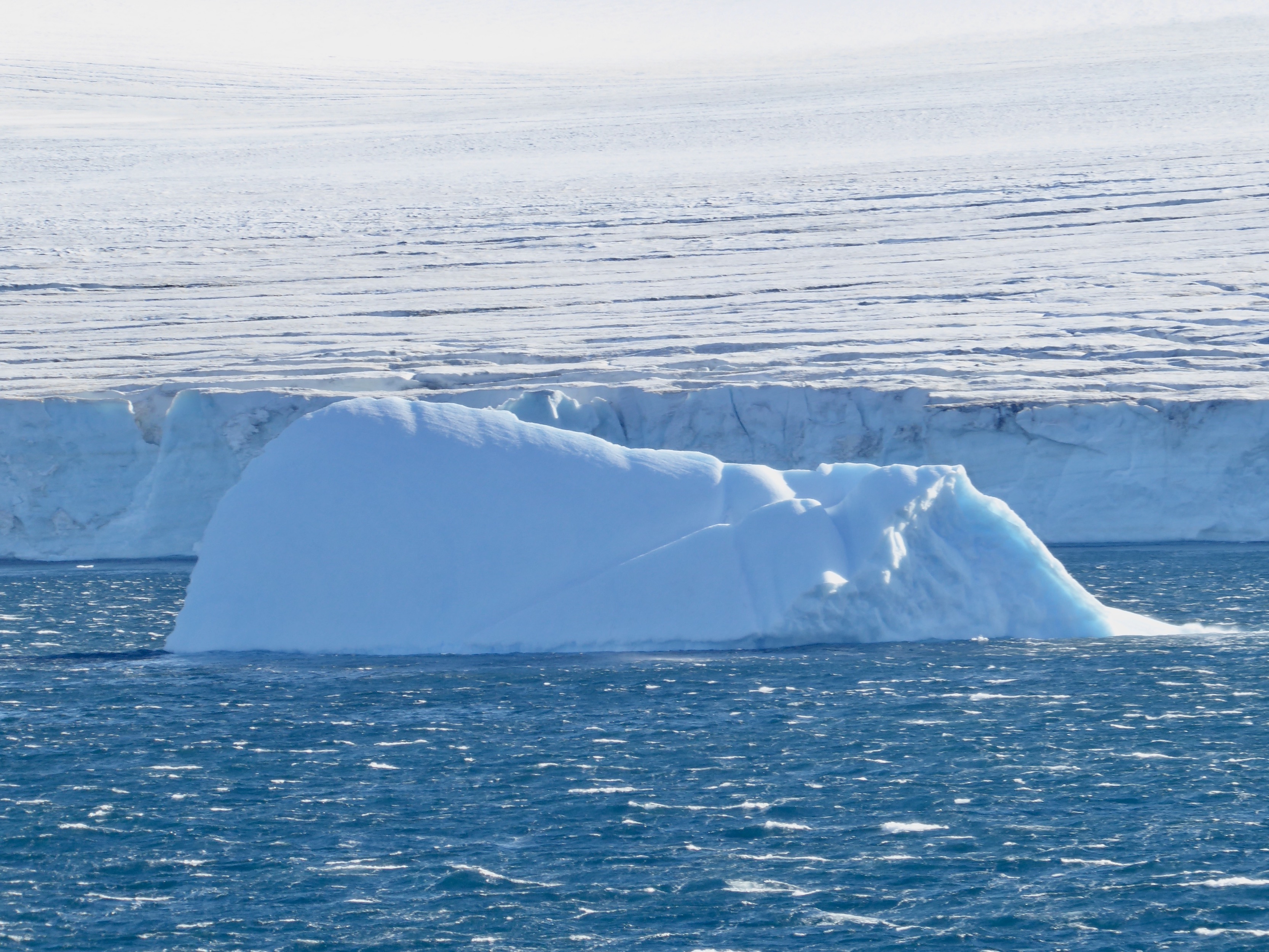 The wind was very strong yesterday; you can see that either by going on deck, or watching it blow snow off the land: 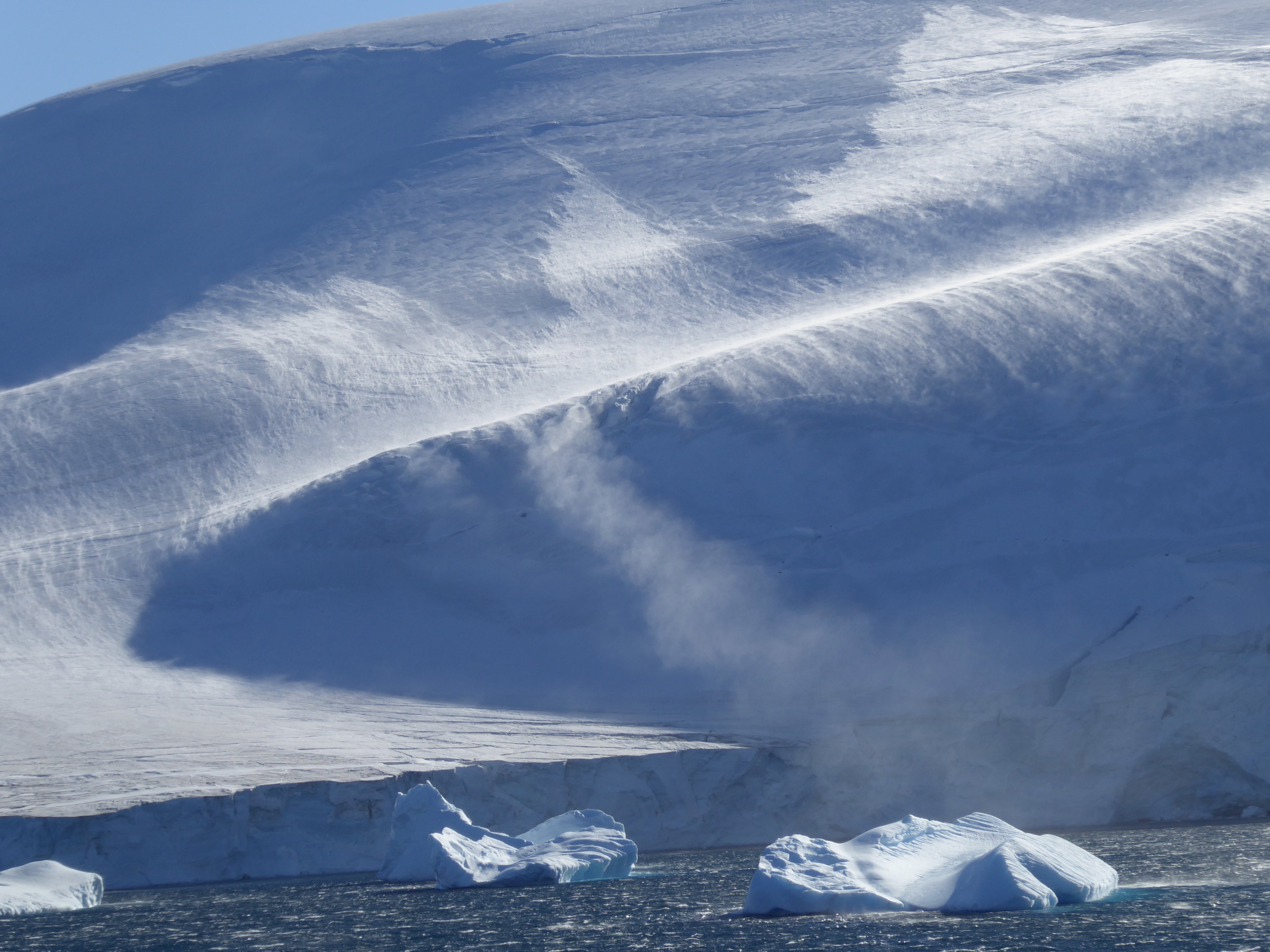 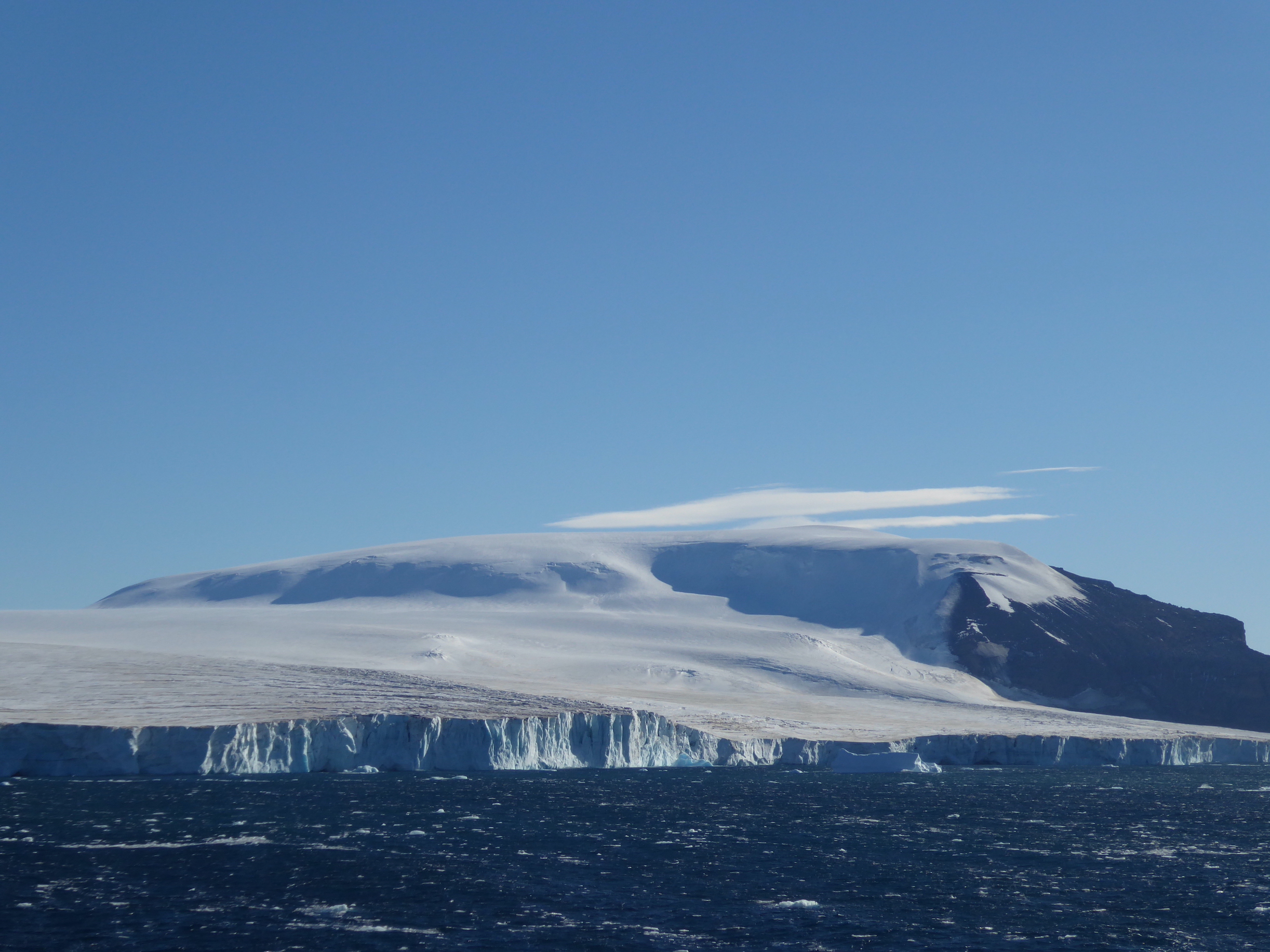 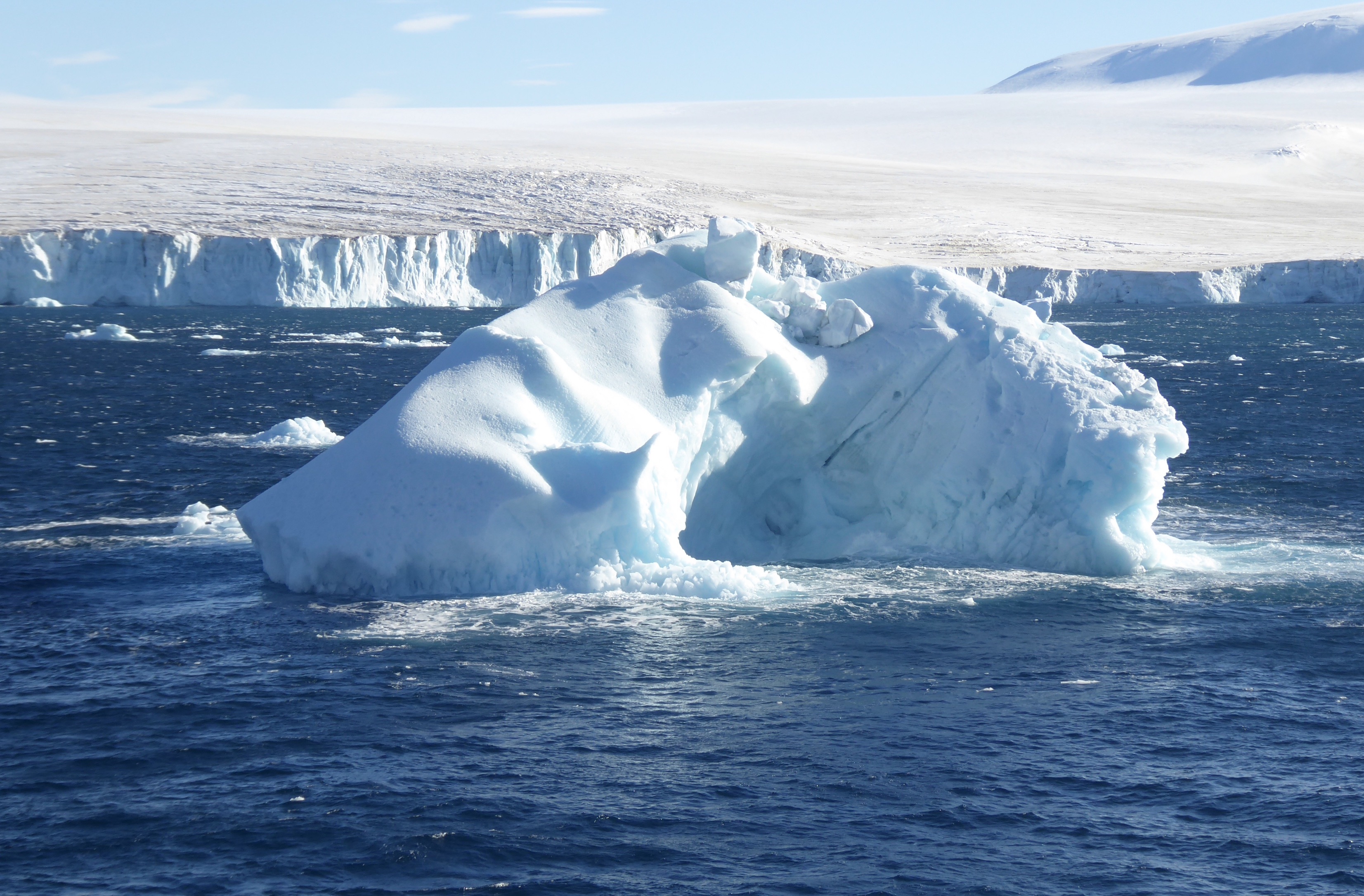 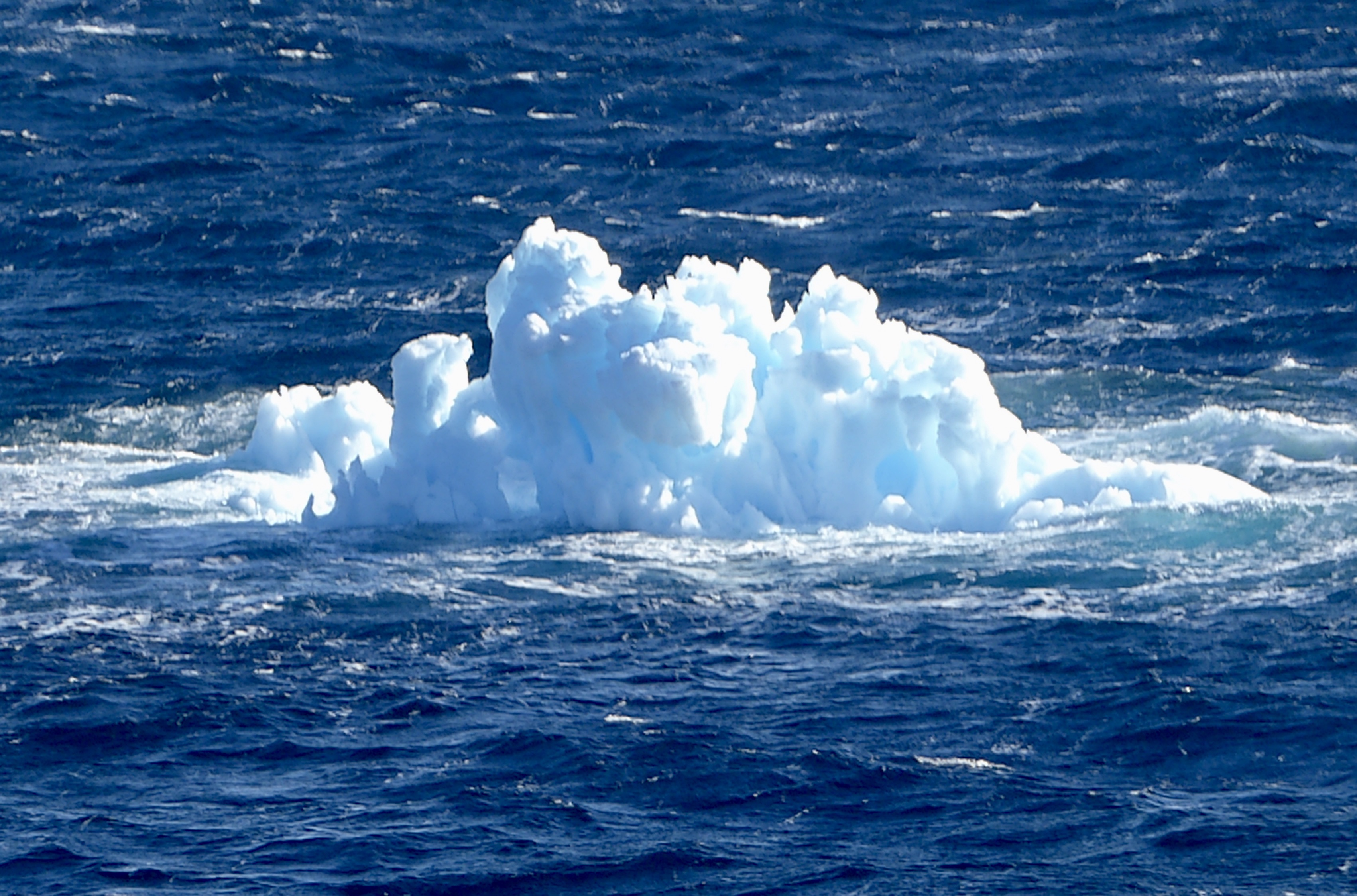 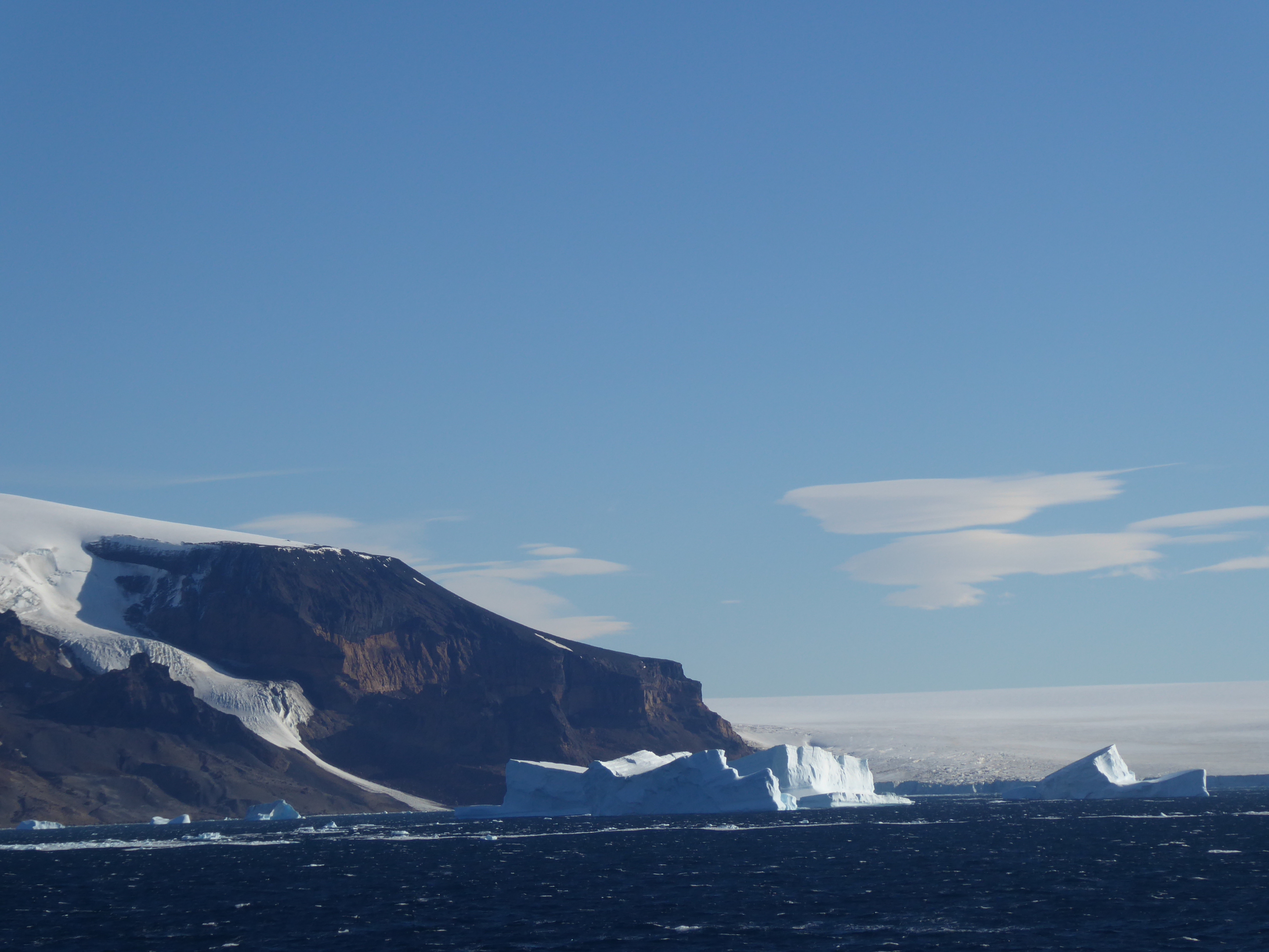 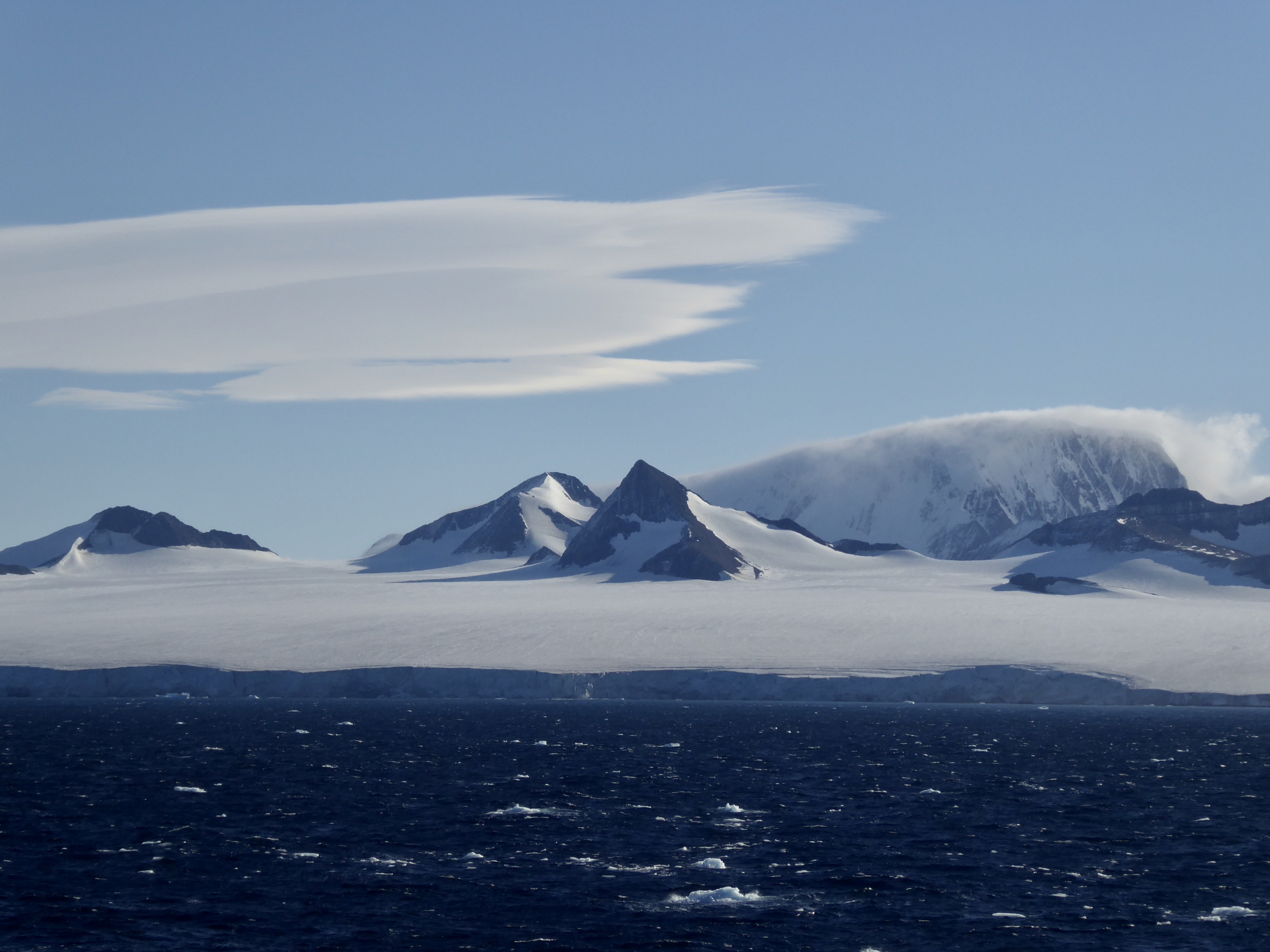 This is mostly windblown snow, not clouds: 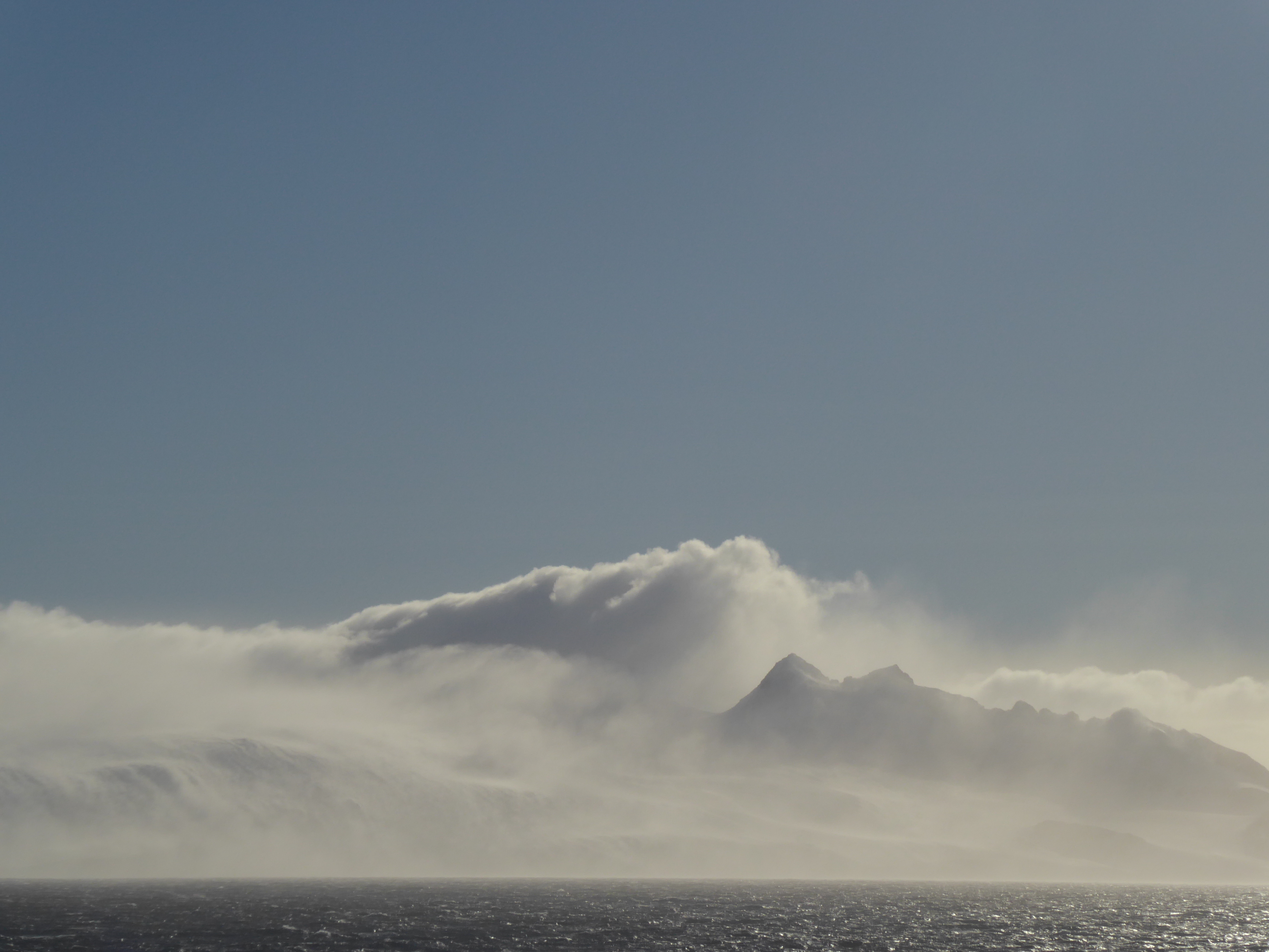 Since I had only oatmeal and coffee for breakfast, and skipped lunch, I had a decent dinner. First, steamed and fried dumplings, a selection with dipping sauces. 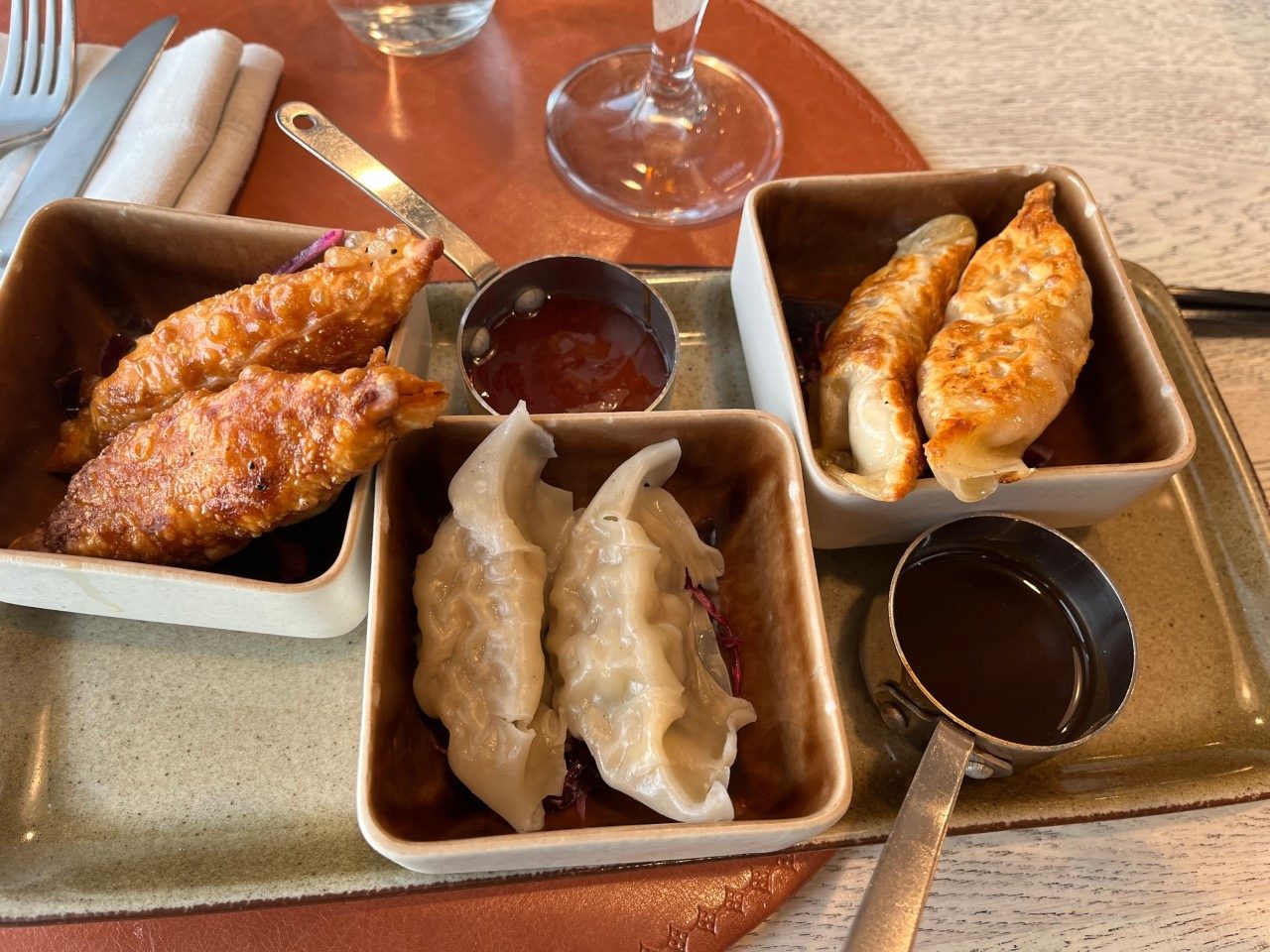 Lamb hot dog with fries (I have no control over the dispensation of ketchup here): 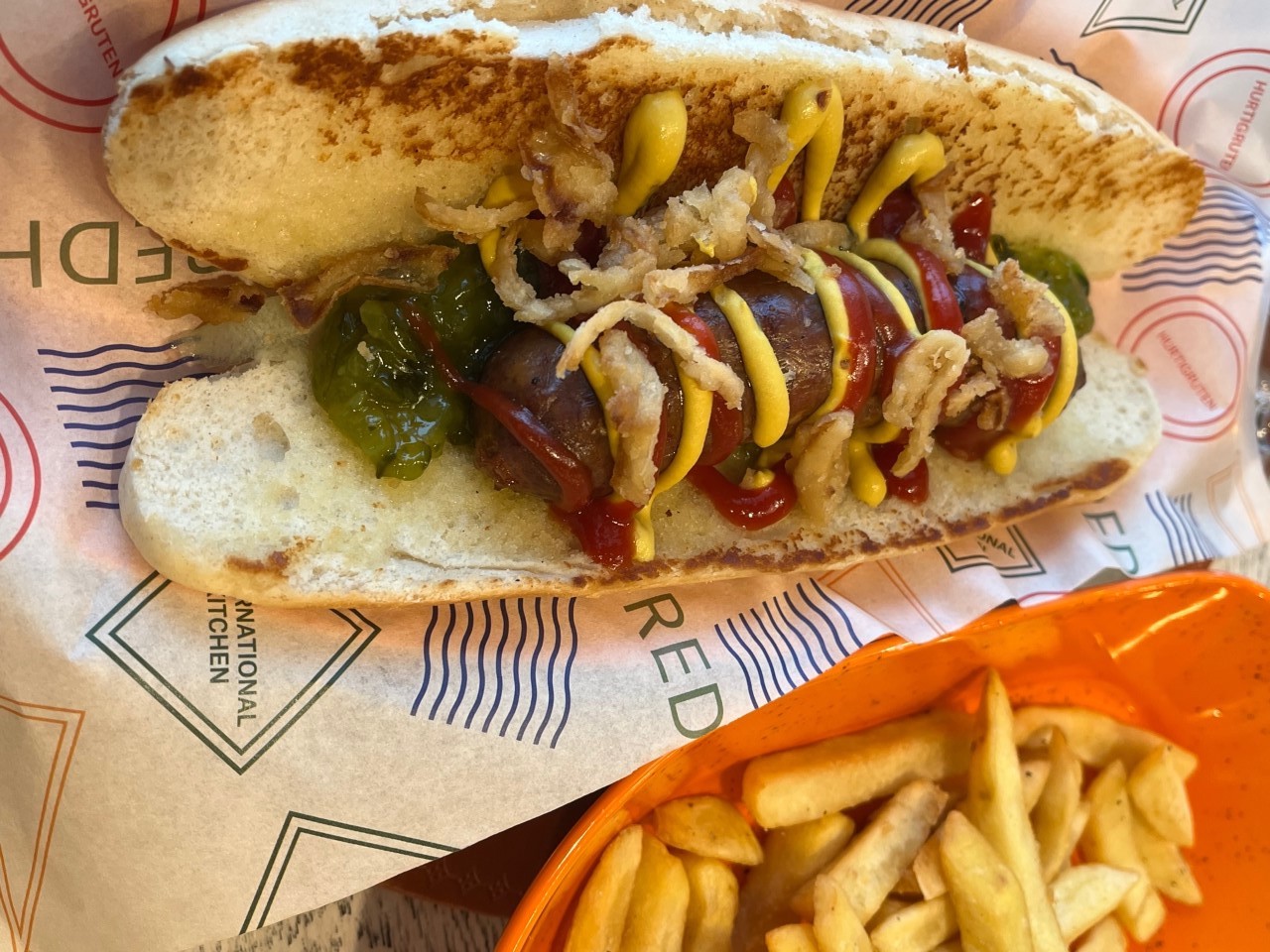 As I tucked into my usual blueberry milkshake for dessert, a monster iceberg floated by: 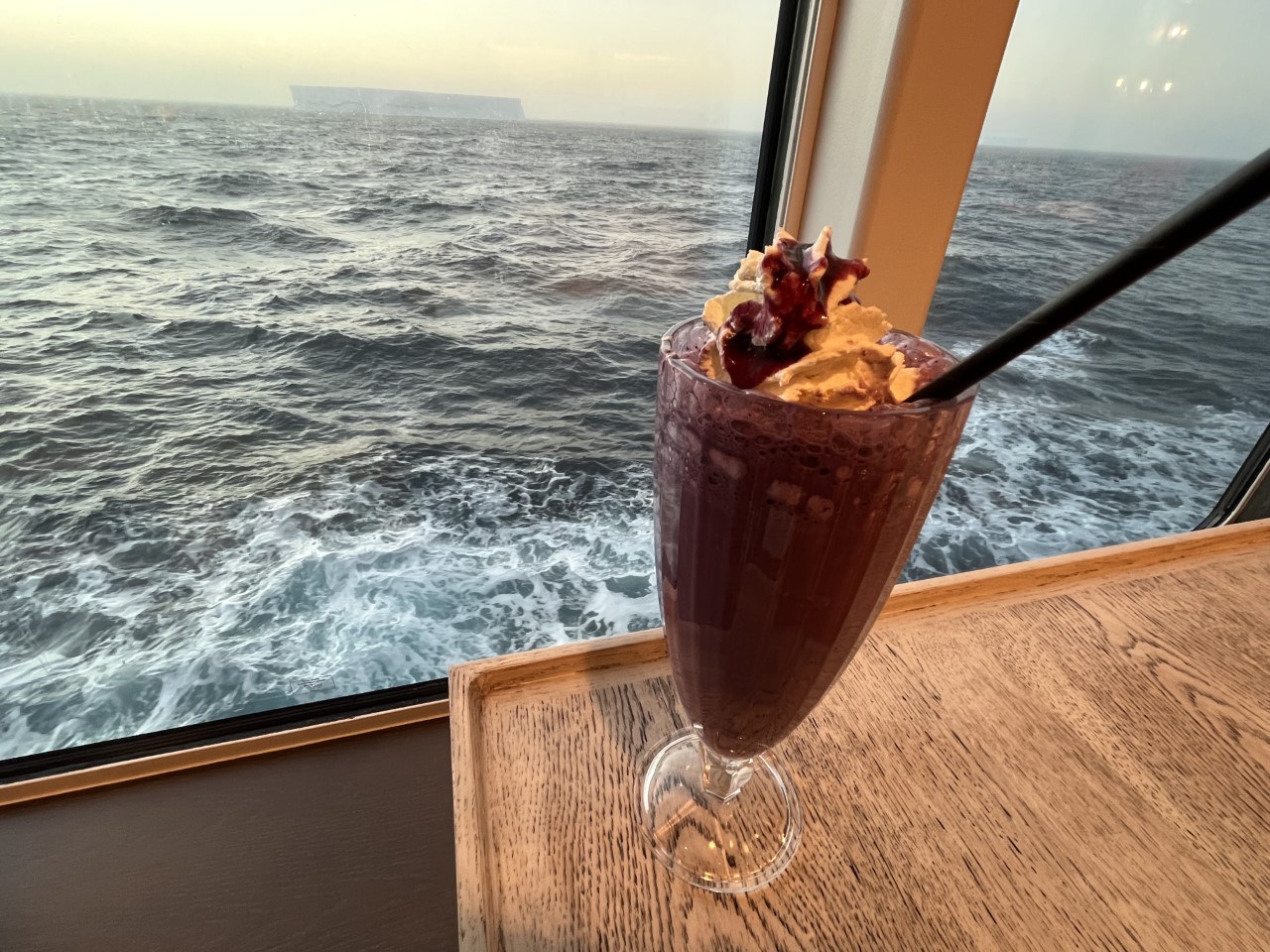 A photo can’t convey how big that puppy was. I’m absolutely sure its surface area would cover several square blocks, and it was flat as a pancake on top. 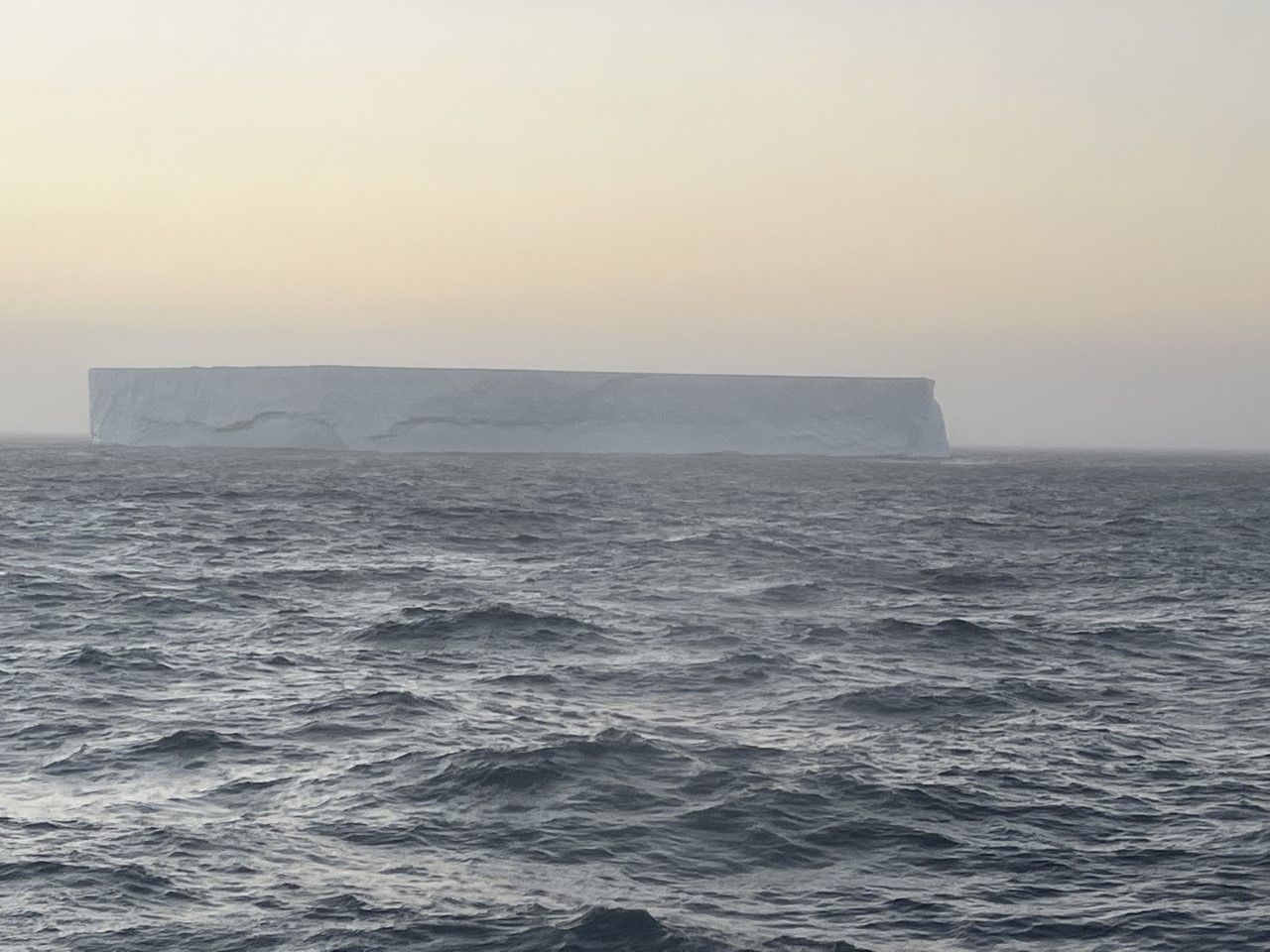 20 thoughts on “Antarctica, Day 10: A jaunt along the west side of the Antarctic Peninsula”