Where we are now: Because of inclement weather further south, we’ve skipped the Orne Harbor landing (I hope we go there on the next trip) and are heading north again, back to Deception Island (the collapsed caldera), where we’ll enter again and hope to land at Whaler’s Bay, which apparently is full of seals. 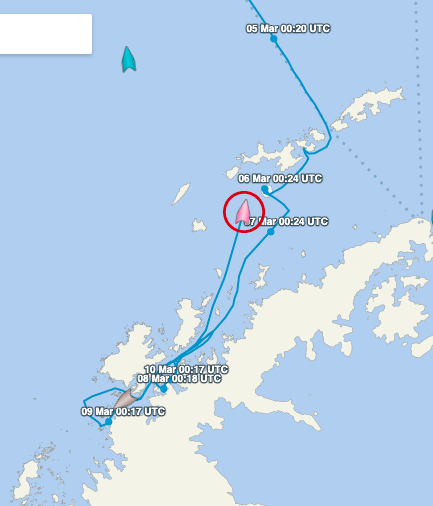 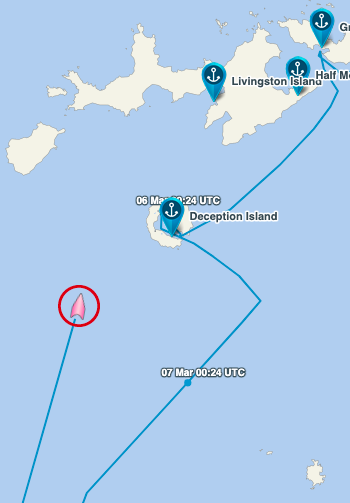 We’re heading north and I’m on the port side, so there’s nothing to see but sea: 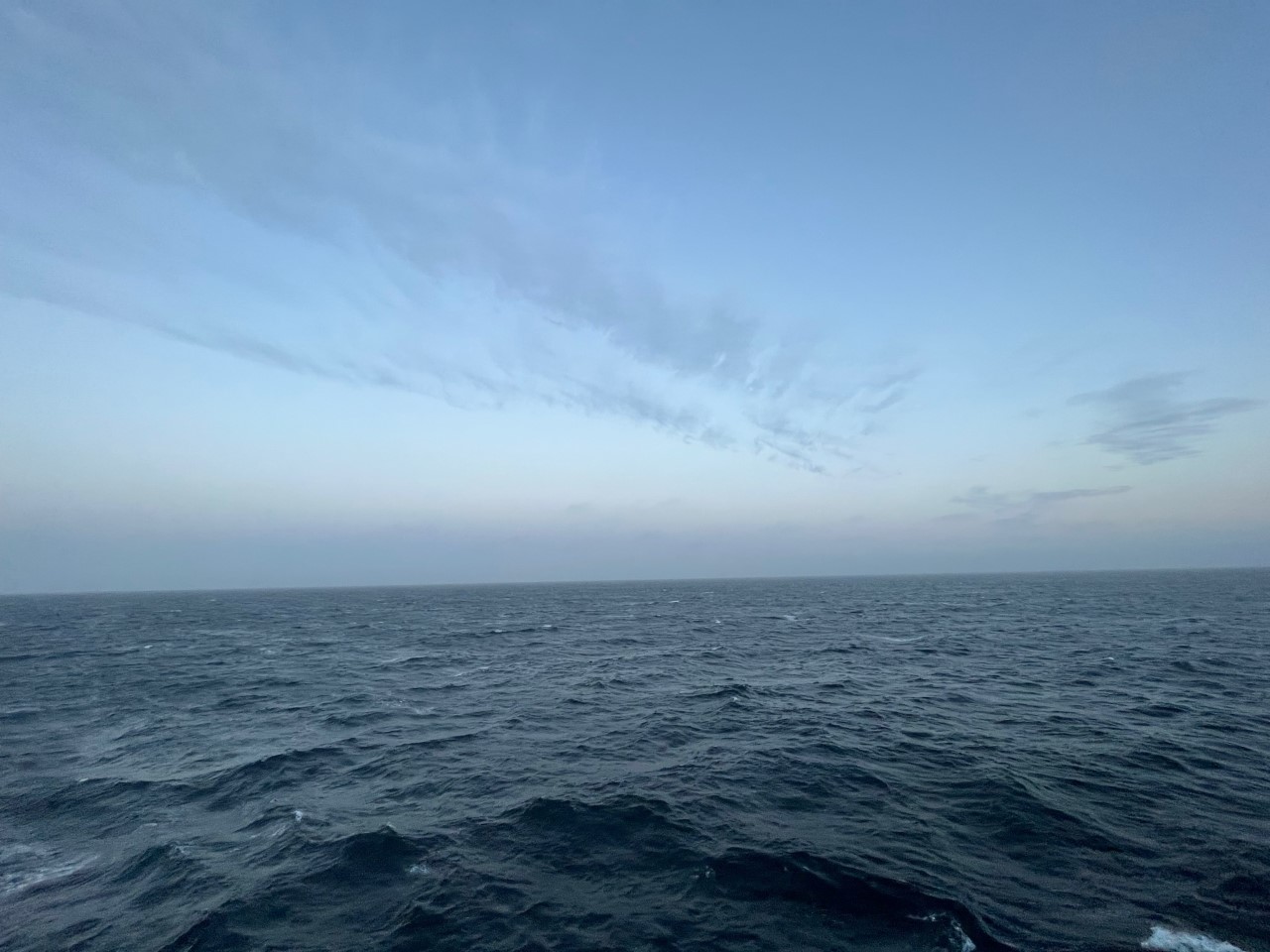 Today’s Hili will be truncated as I was told at the last minute that I must lecture twice: once in the morning and once in the evening

Good morning on an antipodean Thursday: March 10, 2020: National Ranch Dressing Day. It was a good invention (that was in 1954 at the Hidden Valley Dude Ranch, but now they put it on everything.

Go to the March 10 Wikipedia page to find notable events, births, or deaths that happened on this day, and then report your favorites in the comments.

Things are getting truly bad in Ukraine and I have no time to peruse the news. Here’s a bit I learned from a tweet by Matthew:

Putin is a barbarian, those in the military and the state who do not challenge his orders are complicit. https://t.co/ak3zxTTzha

*As Matthew noted, and as was reported in the NYT, Russia is getting increasingly barbaric. Yesterday evening’s NYT headline was “Increasingly isolated, Russia escalates attacks on civilians.” The most odious thing I’ve seen was the bombardment of a maternity hospital in Mariupol:

Things were especially dire in the southern port of Mariupol, where Russian strikes hit several civilian buildings on Wednesday, including a maternity hospital, sending bloodied pregnant women fleeing into the cold. Hundreds of casualties have been reported, people have taken to cutting down trees to burn for heat and cooking, trenches have been dug for mass graves and local authorities have instructed residents on how to dispose of dead family members — wrap the bodies, tie the limbs and put them on the street.

There’s no evidence that the hospital was targeted directly, but no evidence to the contrary, either. Either the Russians want to terrorize civilians this way, knowing that no Russian will face punishment for this, or it was “collateral damage,” in which case the Russians are simply implementing a “scorched earth” policy, civilians be damned. Given that it appears Russian troops fired on fleeing civilians, I wouldn’t rule out the first alternative.

A photo of a pregnant woman being evacuated from the hospital. This heartbreaking photo will be circulated widely.

People have also been told not to go outside to retrieve bodies as being outside is simply too dangerous.

Also, Russia and China are both stating that the U.S. was working on both biological and chemical weapons in Ukraine with Ukrainian collaboration. This surely cannot be true, but don’t put it past Putin to use that as an excuse for further escalation.

Jen Psaki, the White House press secretary, denounced recent statements from Russia and China that claimed the United States had been working on biological and chemical weapons in laboratories in Ukraine. She said the conspiratorial propaganda could be used by President Vladimir V. Putin as cover, so that Russia could carry out attacks in Ukraine using biological and chemical weapons and paint them as the work of Ukraine, the United States or partner nations. “Now that Russia has made these false claims, and China has seemingly endorsed this propaganda, we should all be on the lookout for Russia to possibly use chemical or biological weapons in Ukraine, or to create a false flag operation using them,” she wrote on Twitter. “It’s a clear pattern.”

The war has been characterized by a surfeit of arrant lies from the Russians. The NYT just reported this:

Sergey V. Lavrov, the Russian foreign minister, tells a Turkish reporter: “We are not planning to attack other countries. We didn’t attack Ukraine, either.” He was repeating Russian claims that the country was forced to conduct a “special military operation” in Ukraine to assure its own security.

I understand that the Russian media, now firmly under Putin’s thumb, are not even allowed to refer to this fight as a “war”, but only as a “special military operation”.  There are three definite lies and one probable on in the short statement above

*An article to read, free at Sarah Haider’s Substack site: “On being a token,” which uses her own experience as a token brown woman (an ex-Muslim from Pakistan) to criticize tokenism, which she sees as including Biden’s announcement that he was going to choose a black woman to be the new Supreme Court Justice, something that he shouldn’t have announced in advance and just appointed Ketanji Jackson without fanfare (I agree). She also sees tokenism affecting the humanist/atheist movement, which is also true:

And so, inordinate amount of time was spent trying to court the minuscule number of visible minorities who were also famous and also atheists for our event, and shockingly little in engaging the real stars of our movement who could reliably bring out large crowds.

But as these efforts came to naught, and the line-up remained too white – the open tokenizing began. I watched in disbelief as the pretense dropped altogether and the scrambling for brown faces began. Otherwise highly unexciting and unqualified people began to be considered for prime slots.

Incredibly, I even witnessed dissent to British-Indian writer Salman Rushdie because “if we threw him into our website lineup, he’d look like yet another white guy.”

The diversity gods required a paper-bag test, in other words.

Meanwhile in Dobrzyn, Kulka is being snarky towards Hili:

Hili: What are you looking at?
Kulka: At something you do not see. 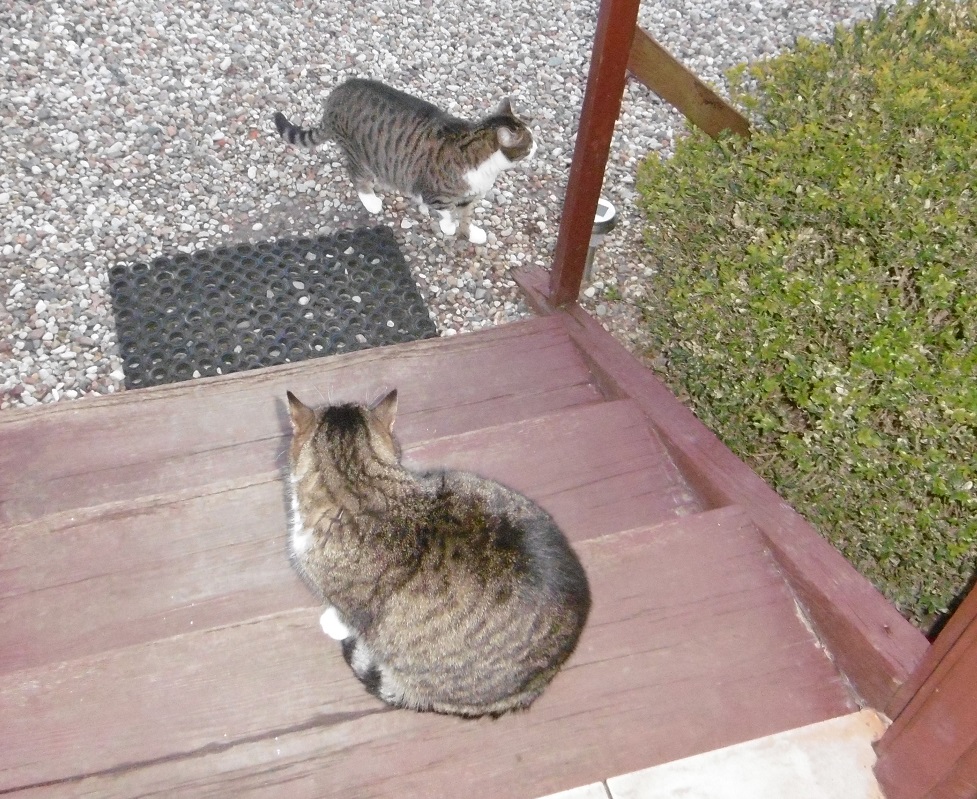 And Szaron sitting on a desk: 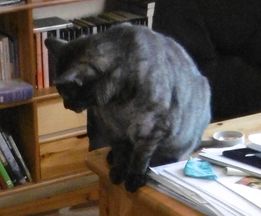 From Simon, who says that this is a genuine example of a Ceiling Cat:

Leaving home early without running into your supervisorpic.twitter.com/Rpj8AkJFHa

From Ginger K. I admit that I too loved miniature lab equipment and had a collection of 10 ml graduated cylinders and the like:

have you ever seen such a cute little separating funnel?? pic.twitter.com/n9abMCp5xJ

Now that I know they have giant rooftop arachnids, I love Seattle even more.

This may have been a local drone looking for apartments to loot, but the Ukrainian woman, Liubov, who works in a shop, apparently did take down a drone with a jar of pickled tomatoes. She also said this:

“I’m not going anywhere from Kyiv. I decided so instantly. This is my home, my land. I will stand, gnaw, fight, and fight some more. I’ll do all that is necessary.”

Even sacrificing her precious pickled tomatoes (with plums!)

https://t.co/yRM5P88bGr found the woman who knocked down a Russian drone with a jar of pickled tomatoes. She wants to set the record straight: those were NOT picked cucumbers. The gist of her story is in this thread 1/https://t.co/13txRgttLt

Well of course it does…https://t.co/U82ieLjBR8

Say it ain’t so, Amazon! From the Times article:

Amazon has been selling clothing and other merchandise marked with a “Z” that supports Russia’s war in Ukraine.

The symbol, used by the Russian army in Ukraine to avoid friendly-fire incidents, has gone viral in Russia and among the country’s supporters around the world.

T-shirts, sweaters and phone accessories with the symbol “Z” and explicitly advertised as “RUSSIAN Z SYMBOL MILITARY ARMED FORCES TANKS” were for sale on the tech giant’s site today. The description of items said they were sold and dispatched by Amazon.

Russians around the world have been daubing the white letter on black backgrounds to denote support for their army fighting in Ukraine. The adoption of the “Z” as a symbolic expression of support is viewed as particularly controversial as it was originally daubed on tanks attacking Ukrainian cities.

Do they sell clothing with swastikas on them, too?

The Ukrainians, despite everything, still have a sense of humor about what’s going one:

Mykolaiv governor Vitaliy Kim: “We’re getting prepared for yet another Russian assault. In particular, we have booked 50 buses to transport new POWs.”

This is pretty damn funny:

My cat is currently obsessed with the live stream of planes landing at Heathrow.#StormEunice pic.twitter.com/2N9WNFZIiv