We’re now in the Beagle Channel sailing toward Puerto Williams, but won’t be there till tomorrow. More on the channel below, but first a note from aboard, and then the food.

We are taking a large crew of about a dozen Ukrainian scientists (one women and the rest men, all young) to the Vernadsky Research Base in Antarctica that I visited and described two years ago.  The all had their Antarctic uniforms on with “Ukraine” on the back, so I went up and tried to chat a bit, letting them know that America was behind them. I asked one if he would rather be back home than at the field station, and he said, “of course.” These people, of course, would all be fighting if they were back home, and would face a high chance of being killed. But that’s where they want to be.  It was terribly sad; you could just tell from their faces that they were discombobulated and conflicted. Or maybe I just read that into their visages, but one thing was certain: they were not happy to be out of Ukraine and not looking forward to a winter season in Antarctica while war raged at home. I’ve seen not a smile among them.

On to food: I had lunch yesterday in the Restaurant Aune, which is the ship’s main restaurant, the others being a fancy restaurant reserved only for luxury suiteholders (I’ve never eaten there, of course), and the informal Fredheim, where I had takeout burger and shake last night. Today I decided to lunch in the Aune. Lunches used to be terrific buffets, always with a fancy centerpiece item like carved roast beef, suckling pig, or lobster. Now, because of covid, the ship generally eschews buffets and serves three-course meals for lunch and dinner. One is supposed to reserve a table, too, but as I am a hybrid between a passenger and crew, I have made arrangements with the passenger restaurants to just walk in. After four more days I can dine downstairs with the crew and staff, and will split my time between the passenger and the staff/crew restaurants, eating both “upstairs and downstairs.”

Here was my lunch yesterday. It was good, but I’m generally not in the mood for fancy food at noon. Now I’m quite full.

The Aune is a large restaurant that goes the width of the ship, with windows everywhere. As I said, one of the pleasures of eating here is getting a table by the window and watching the seabirds fly by: albatross, fulmars, petrels, and other miscellaneous avifauna that I don’t recognize: 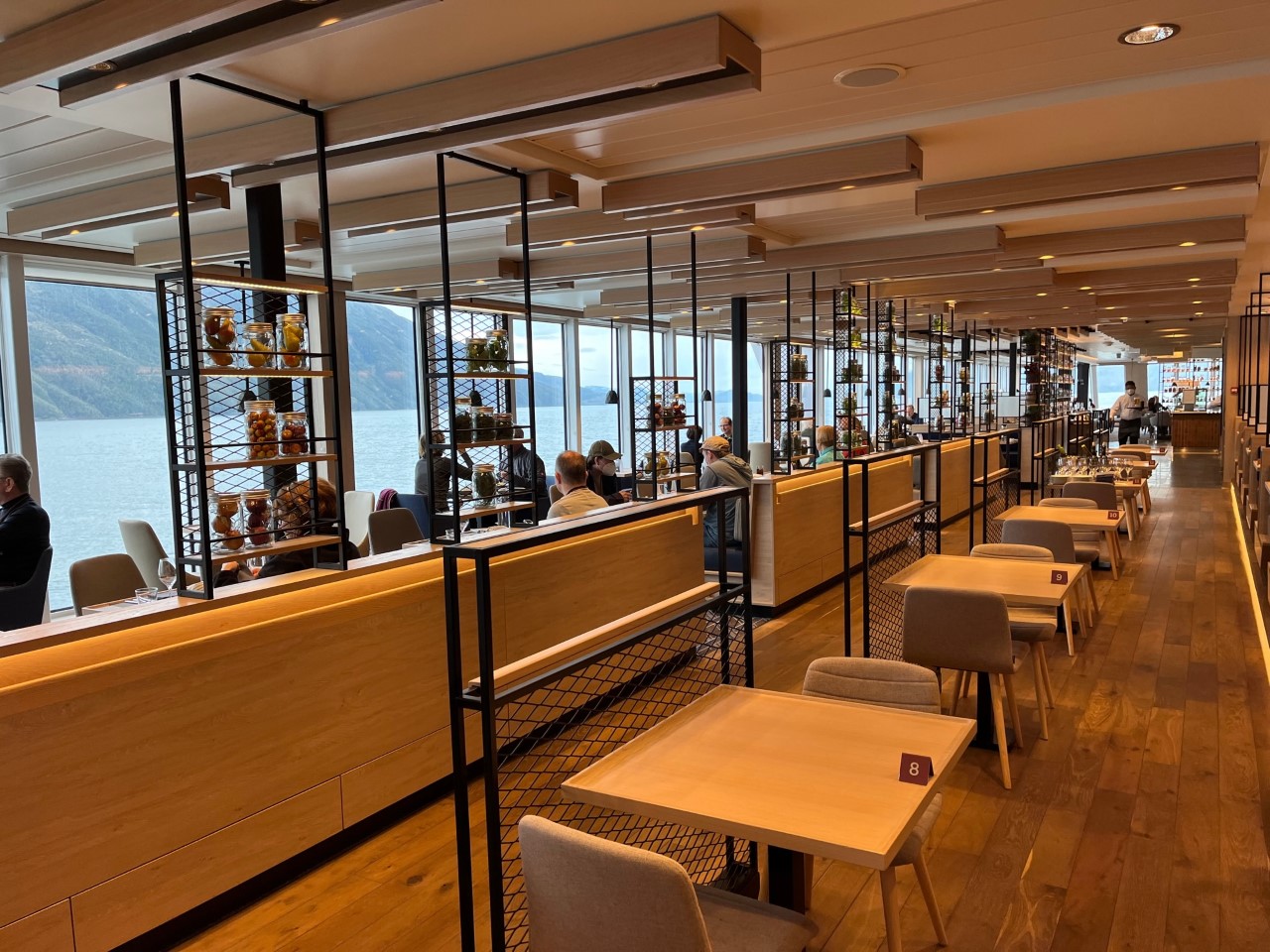 I’ll show the dishes and give the descriptions that were given on the menu: 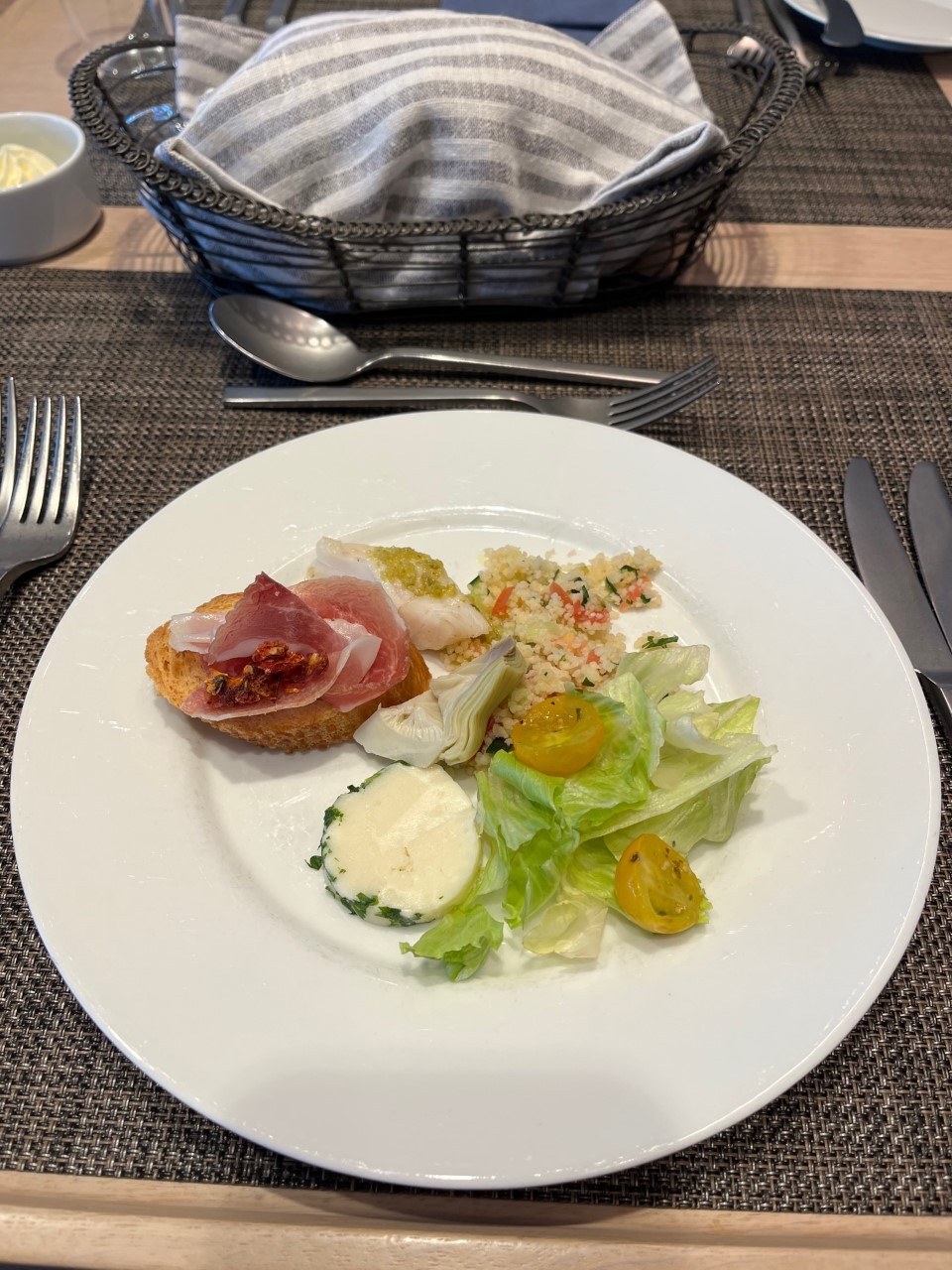 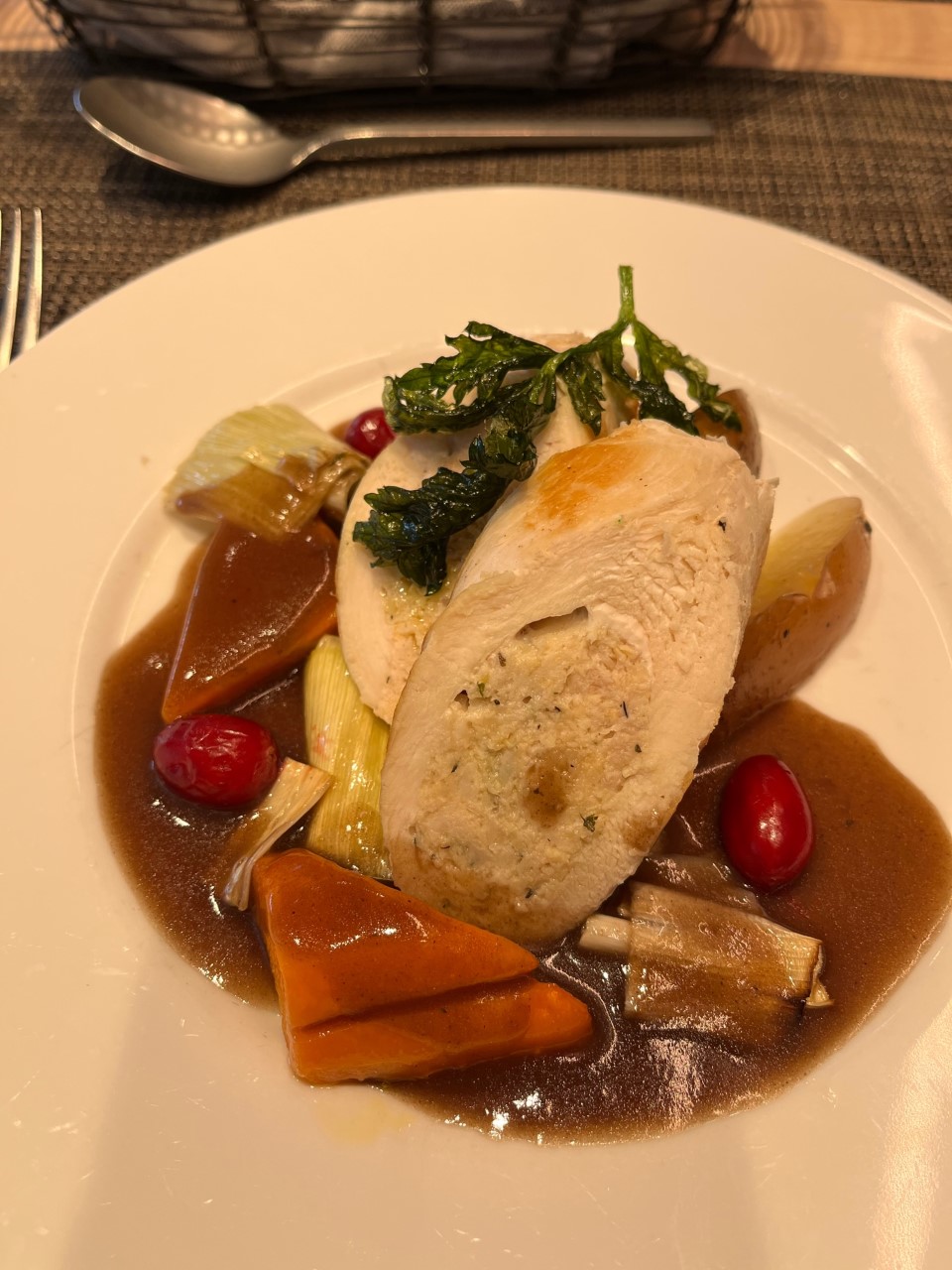 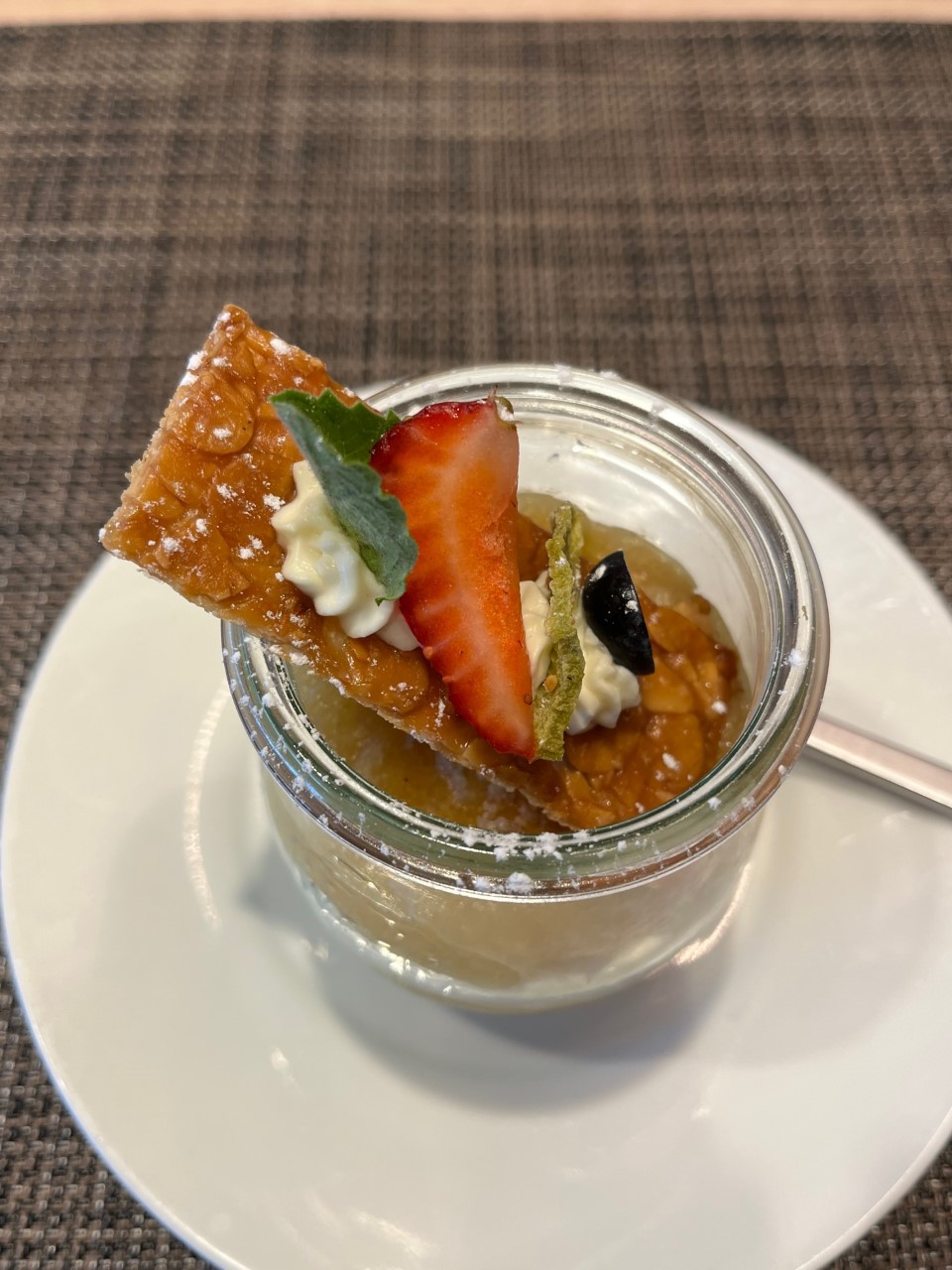 Now, we’re sailing through the famous Beagle Channel, labeled “Beagle” on the map below.  As Wikipedia notes,

An aerial photo from Wikipedia (their caption):

These constituted Darwin’s first encounter with glaciers, and he was stunned. As Wikipedia notes:

The ship continued the survey in the second voyage of Beagle under the command of captain FitzRoy, who took Charles Darwin along as a self-funding supernumerary, giving him opportunities as an amateur naturalist. Darwin had his first sight of glaciers when they reached the channel on 29 January 1833, and wrote in his field notebook “It is scarcely possible to imagine anything more beautiful than the beryl-like blue of these glaciers, and especially as contrasted with the dead white of the upper expanse of snow.”

I had a cabin and a balcony on the port side, the glaciers were on the port side as we were heading east, and so there was no need for me to go jostle with the photographers on the top deck capturing this splendid sight. I just stepped out onto my balcony and took these pictures with my iPhone (my Panasonic photos reside in full resolution back in Chicago).

The transit through the Alley takes a bit more than an hour. I haven’t tried to put names to these glaciers, though I did two years ago in my earlier post. The amazing thing is that some of them come right down to the water, calving off small bits of ice; and Darwin’s “beryl-like blue” is certainly visible. See below.

Here the water melts from a glacier, creating a waterfall into the channel. People who have traversed this passage for many years tell me how much the glaciers have shrunk. We all know why that is, and it’s ineffably sad. 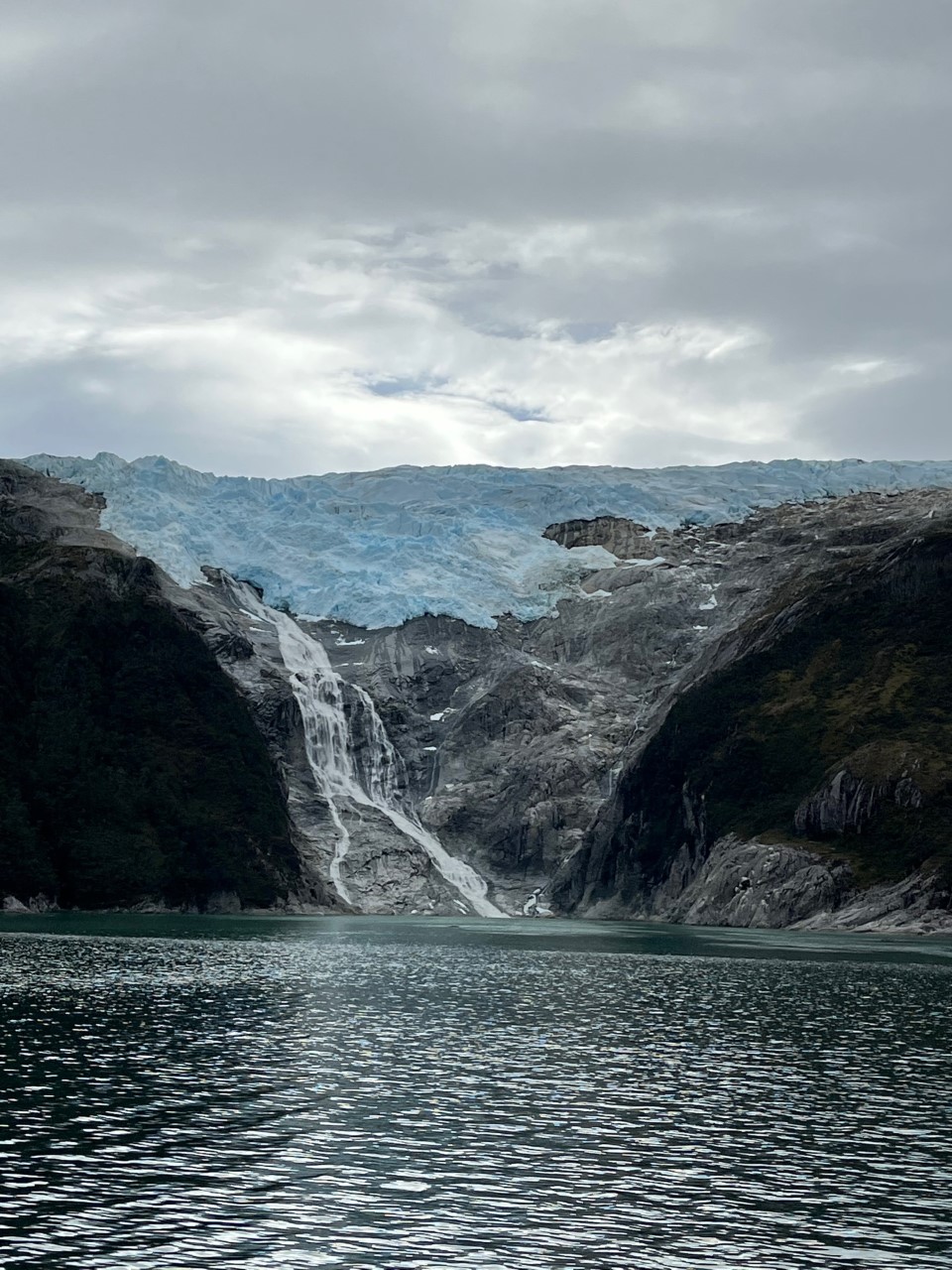 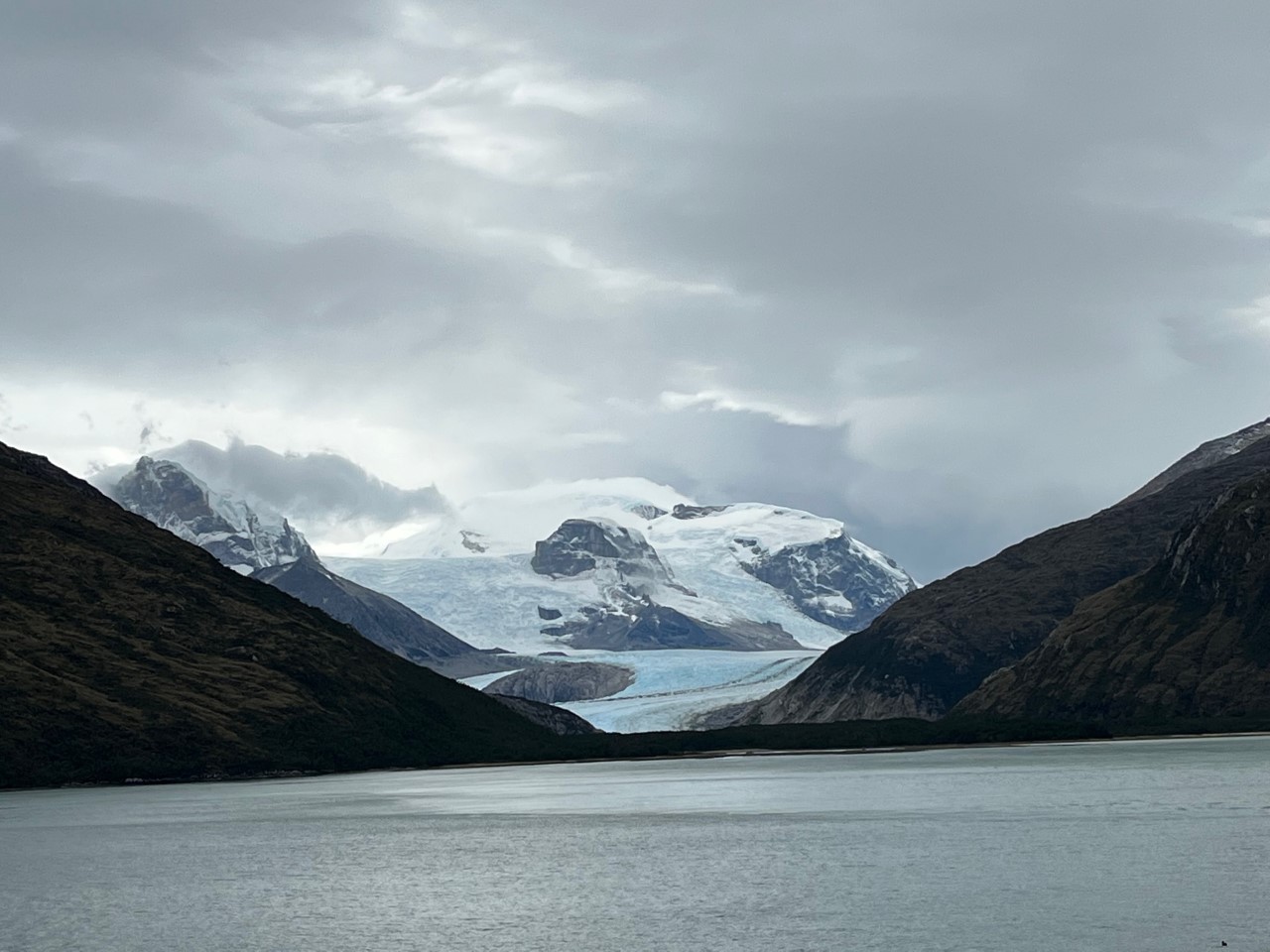 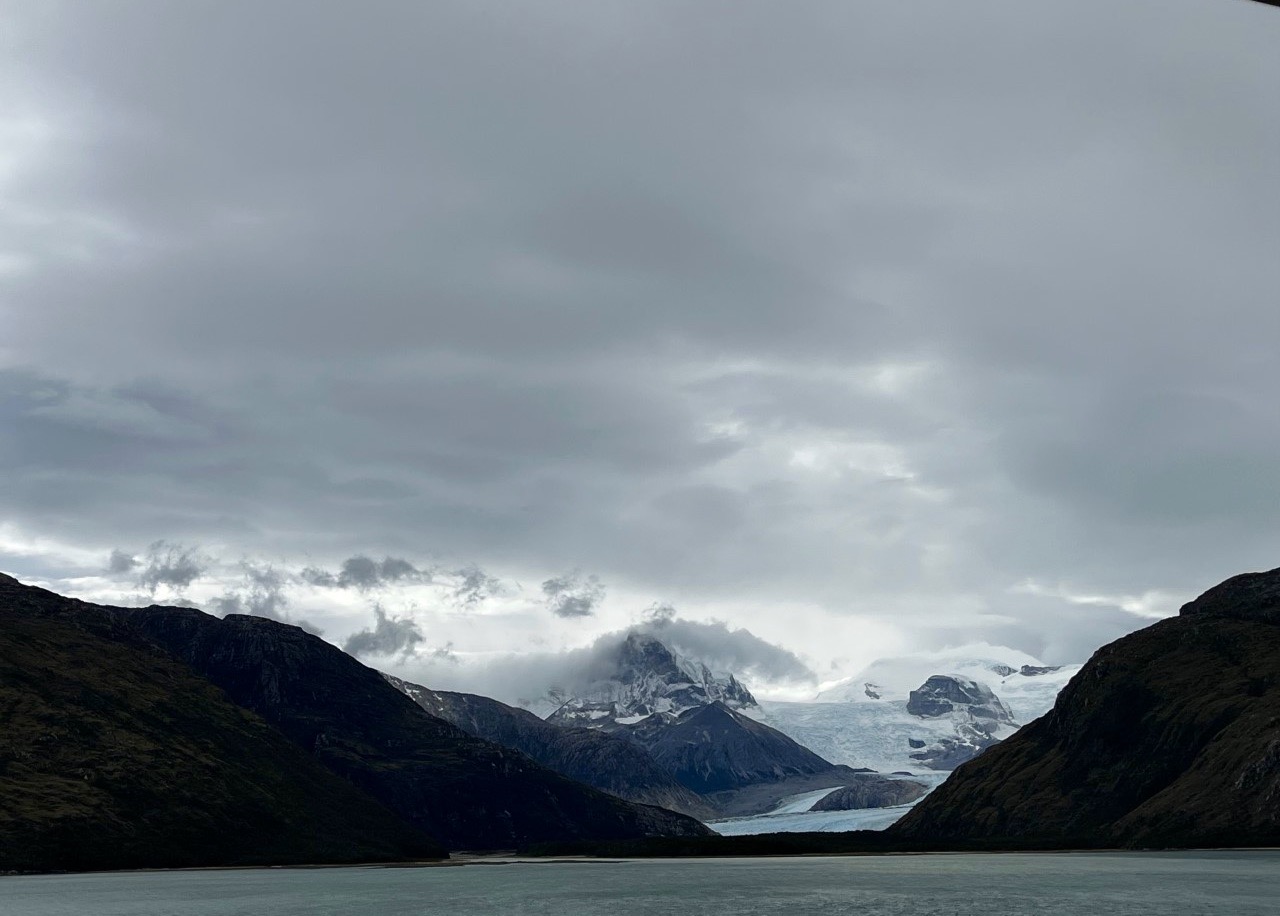 The “beryl-like blue”, and yes, it really is that color. 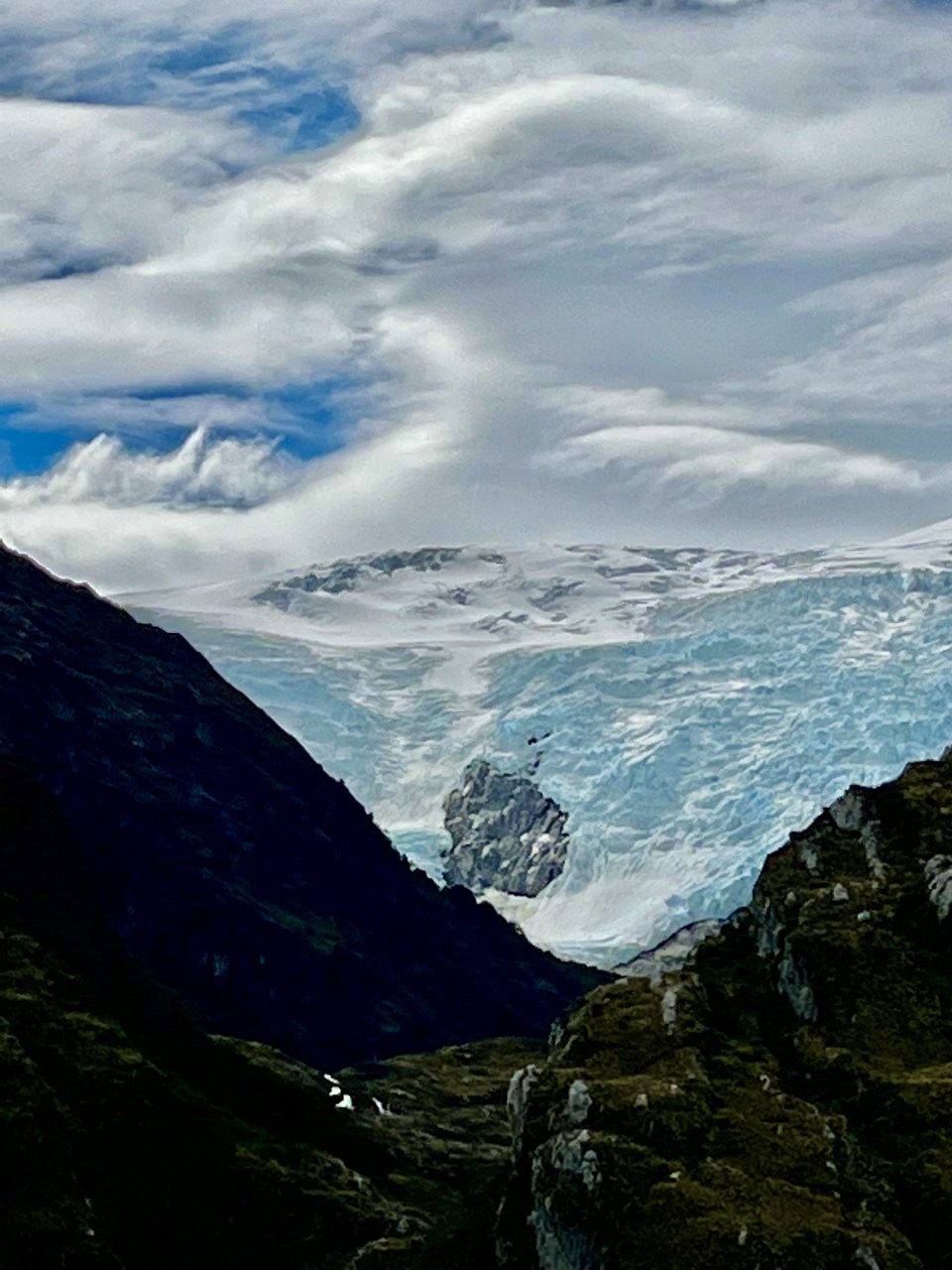 I took this from inside my cabin to show you the view. The bar across the top is the frame of my glass door to the balcony. 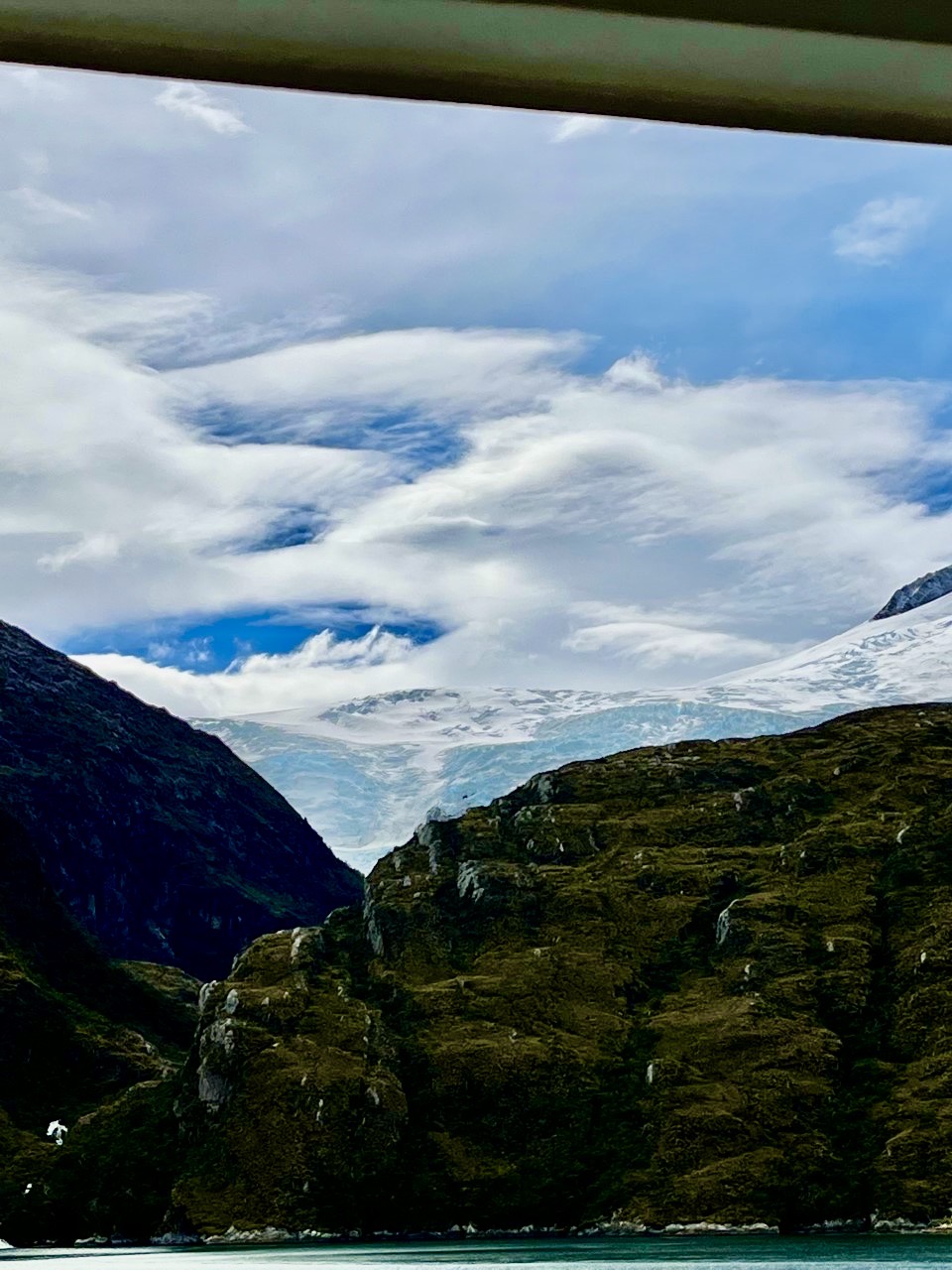 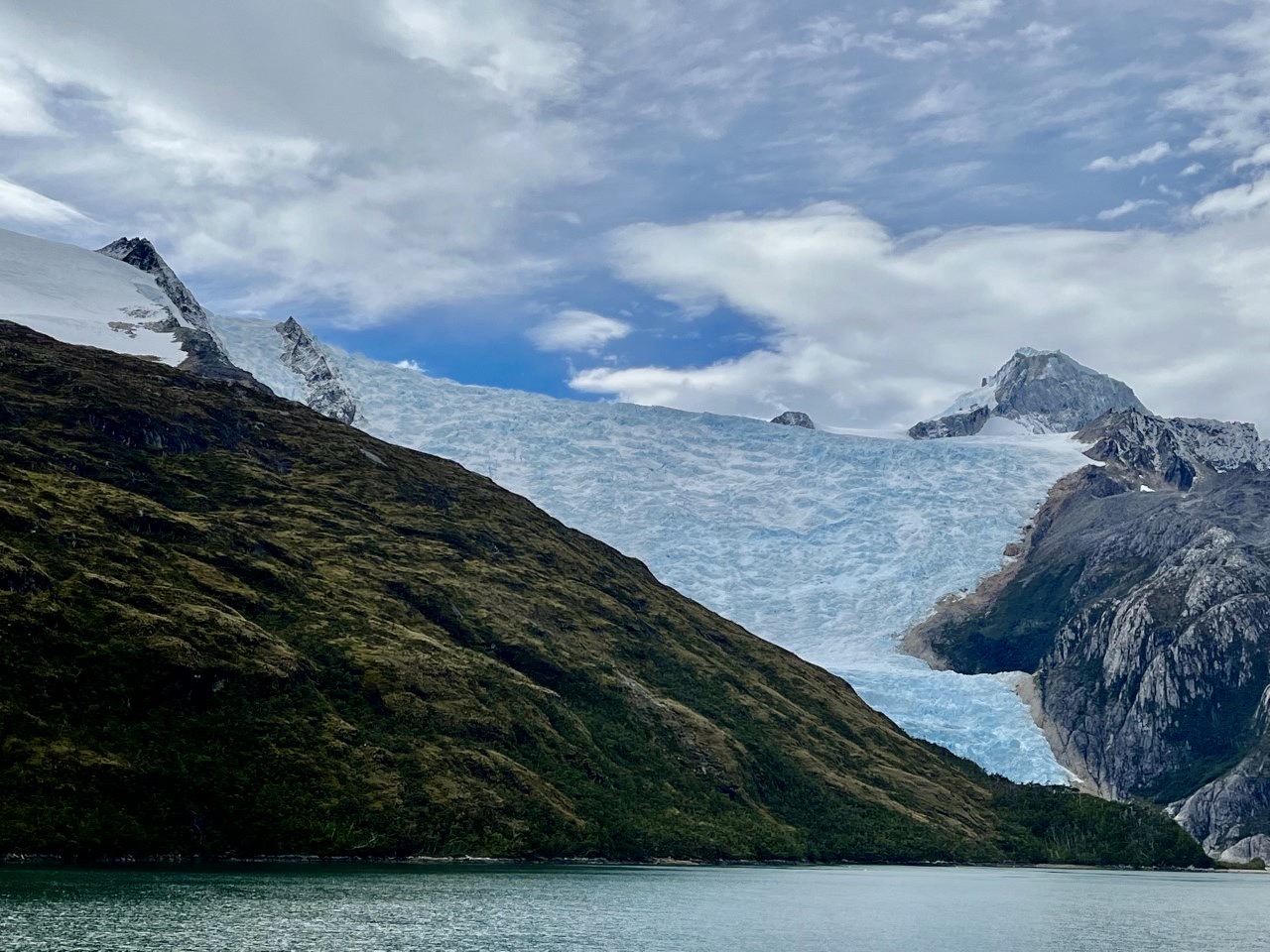 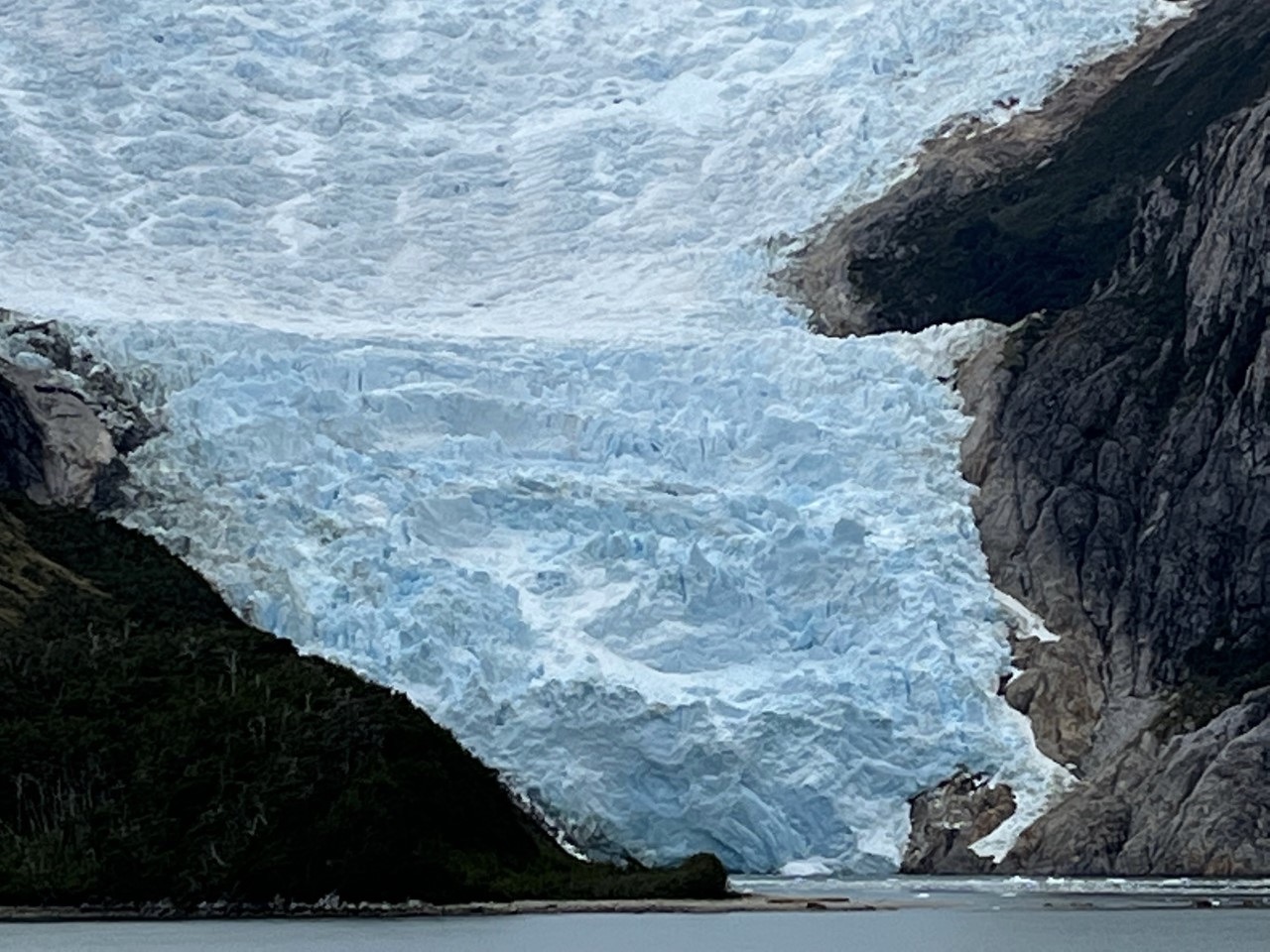 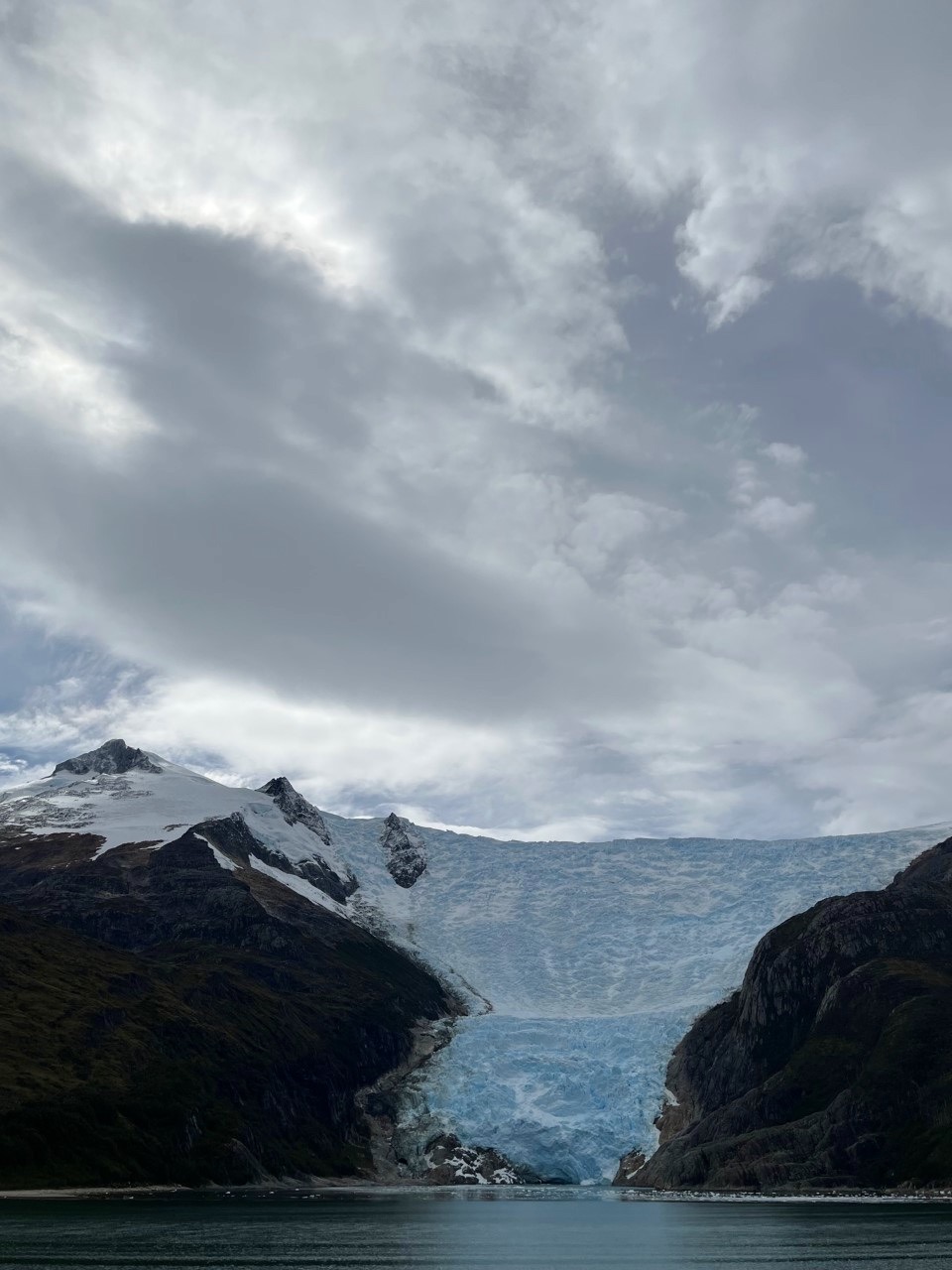 And another photo from my cabin. 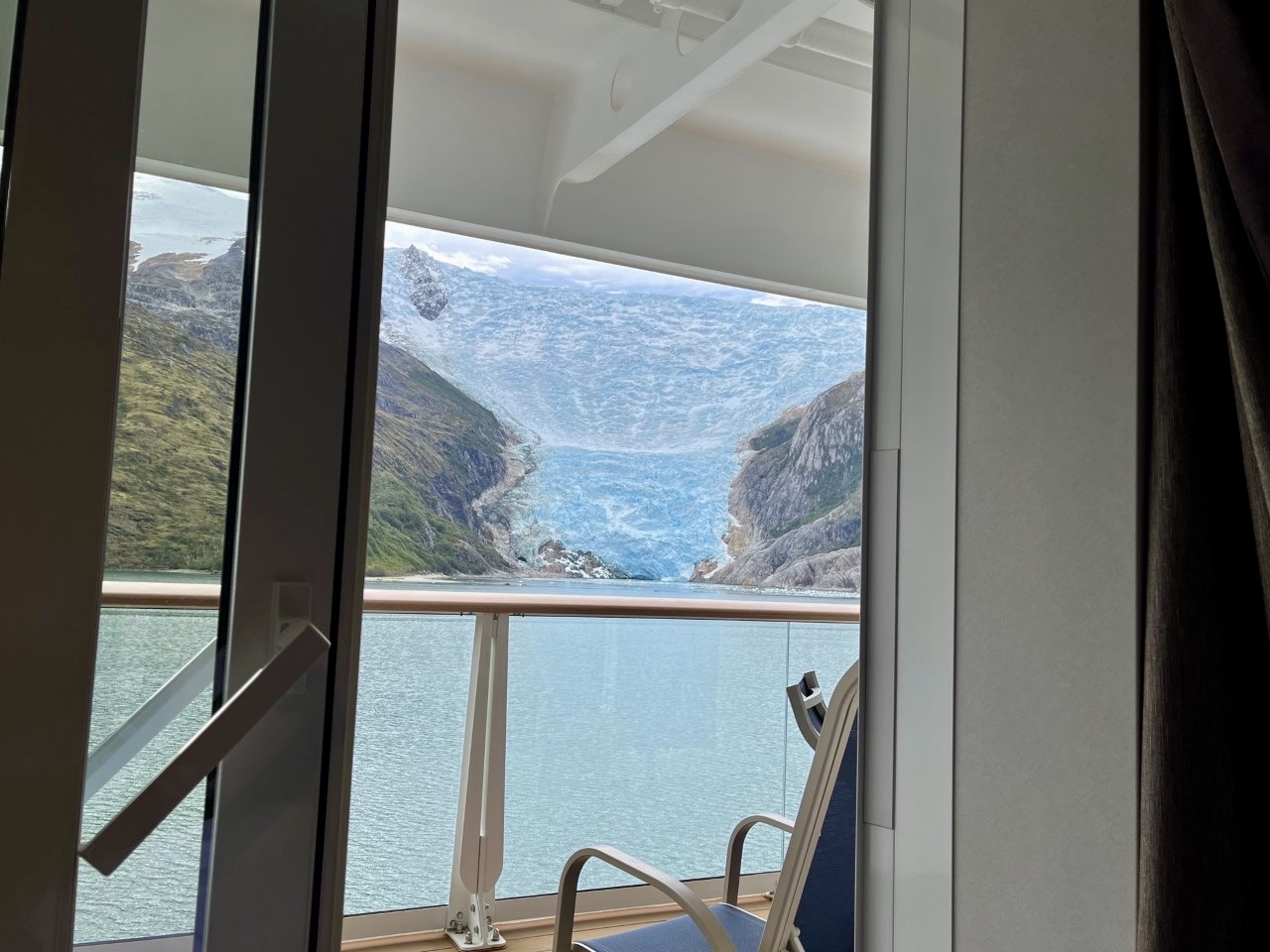 And then some brisk walking on the top deck to work up an appetite for dinner: a small sirloin steak, rare, fries, veggies, and for dessert. . . .A CLOUDBERRY MILKSHAKE. Yes, I know what many of you are thinking but a, I’m not going to eat like this every day and b. my cholesterol and condition of my heart and arteries are quite good, thank you. 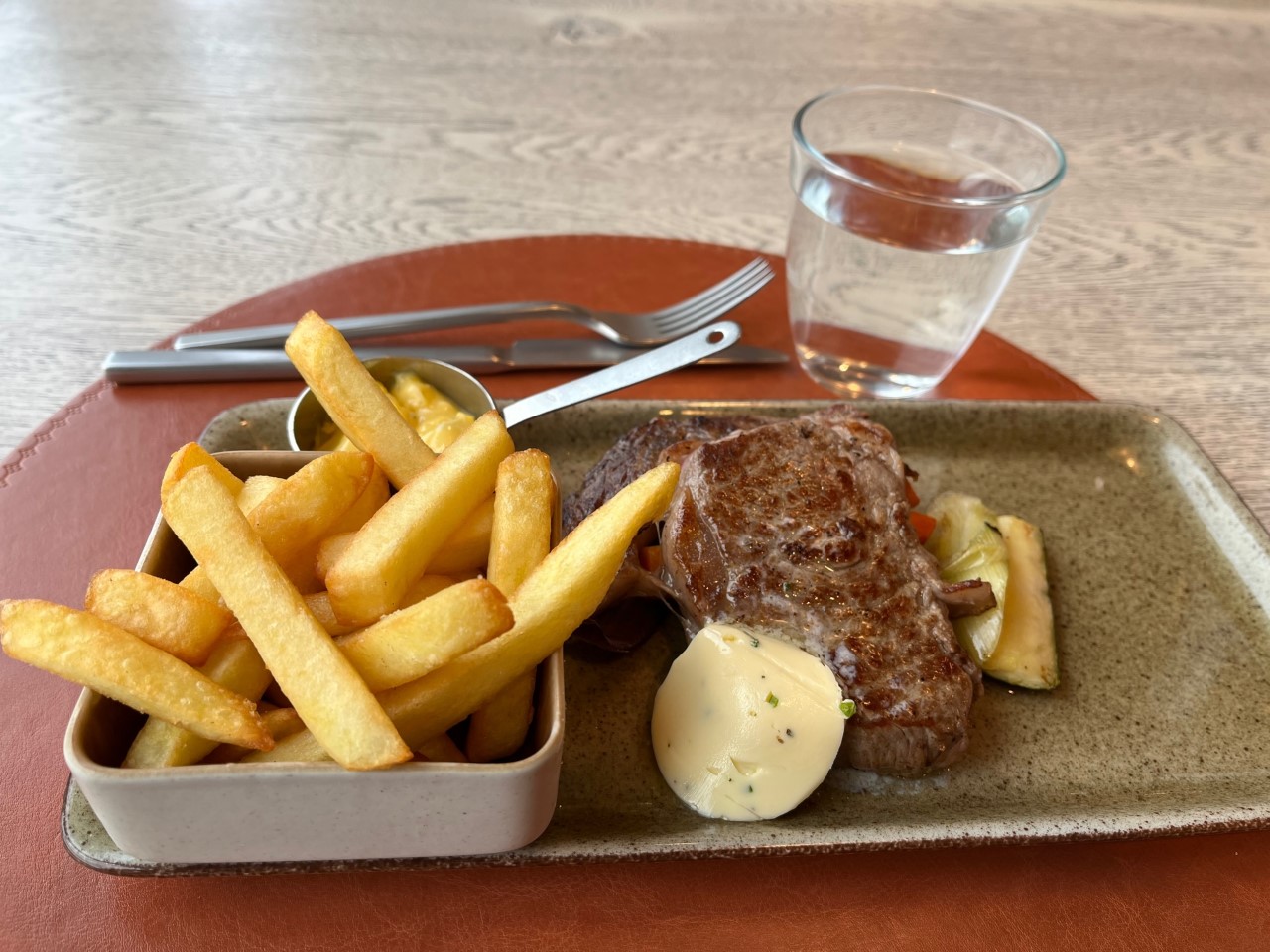 A great shake (with recyclable straws). Is there anywhere in the U.S. where you can get cloudberry milkshakes? 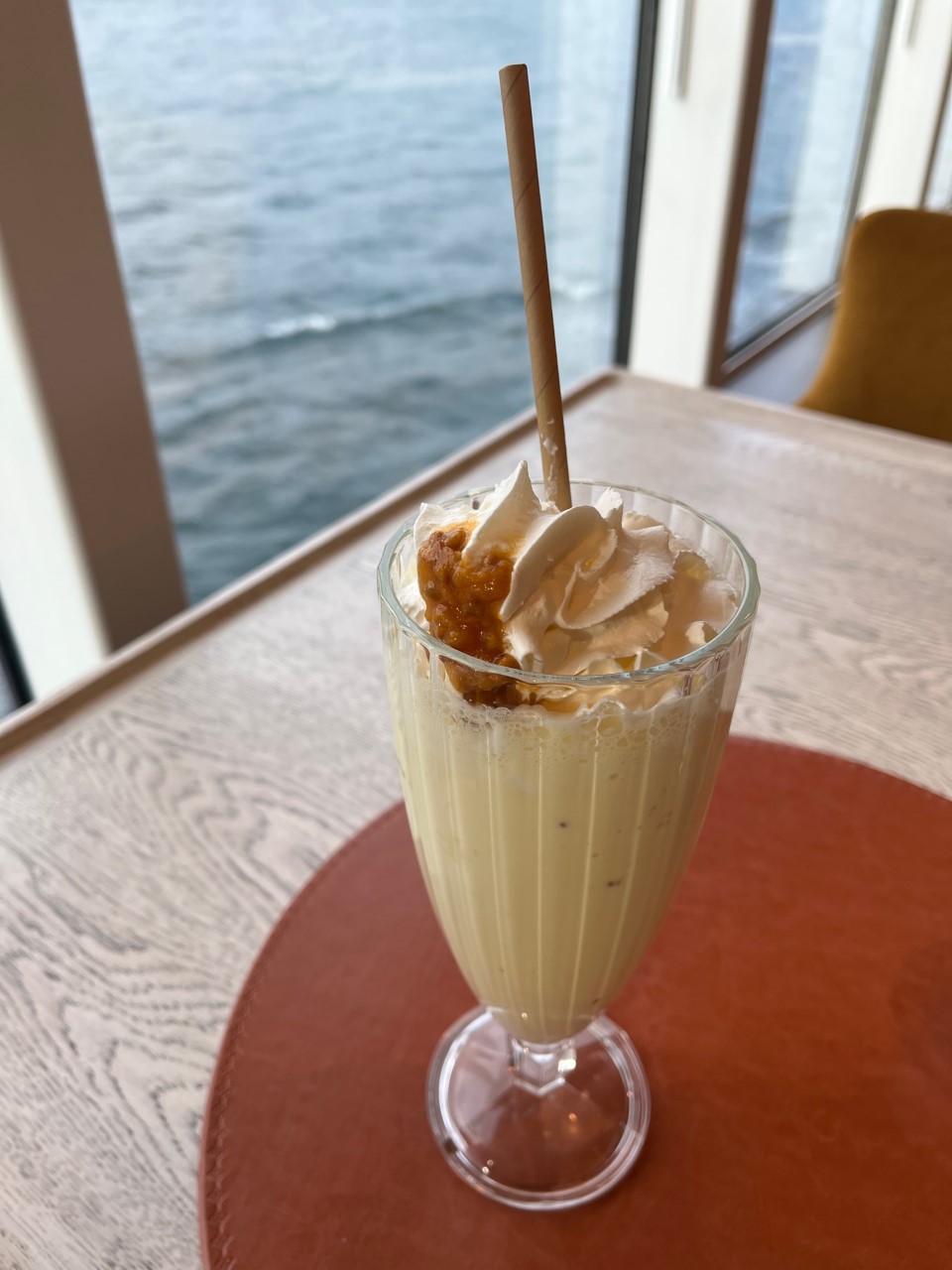