Here’s our ship right now; we’re near Cape Horn and are heading due south toward the Antarctic Peninsula (to see the ship’s position at any time, go here and click on “current position”)

It’s just getting light as I write this; here’s a view from the 360-degree ship’s Panomax feed; do bookmark this site if you want to see where we are at any time.

Because I have full days and also want to show readers what I’m doing and seeing (and eating), the Hili dialogues will consist largely of just Hili’s repartée and a few tweets. But bear with me, as there are glorious things to see and do in the next month.

I will be lecturing twice today so new posting will be thin, but I have a big post already done and ready to go up at about 10 am Chicago time. Lots of photos. I will also be lecturing twice tomorrow. Giving two talks in one day is something I try to avoid, but these will be virtual talks. Since they’re filming the talks, they can’t just show the second one as a repeat of the first, but there’s also a Q&A session at the end. (They appear on cabin television, not Zoom.) I’m not sure how the Q&A will work.

So welcome to Thursday, March 4, 2022, and isn’t it appropriate that it’s National Moscow Mule Day!  This drink should be boycotted for the time being.

Meanwhile in Dobrzyn, Hili is, for good reason, down on people today.

Hili: Humans are not thinking.
A: You may be wrong.
Hili: I may, but I know what I know. 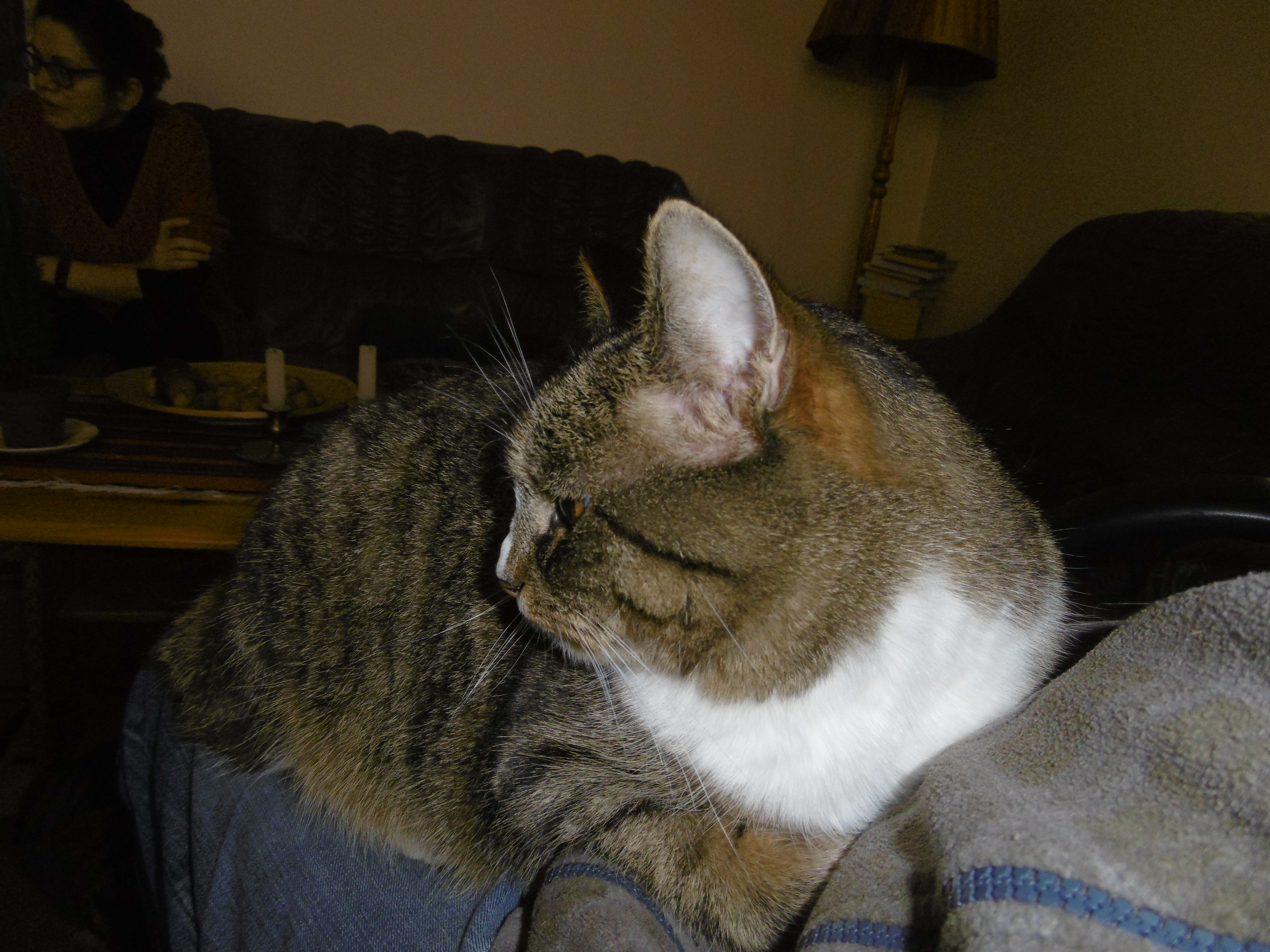 Matthew sent a photo of this mural in Paris. It’s hopeful, but probably too hopeful. 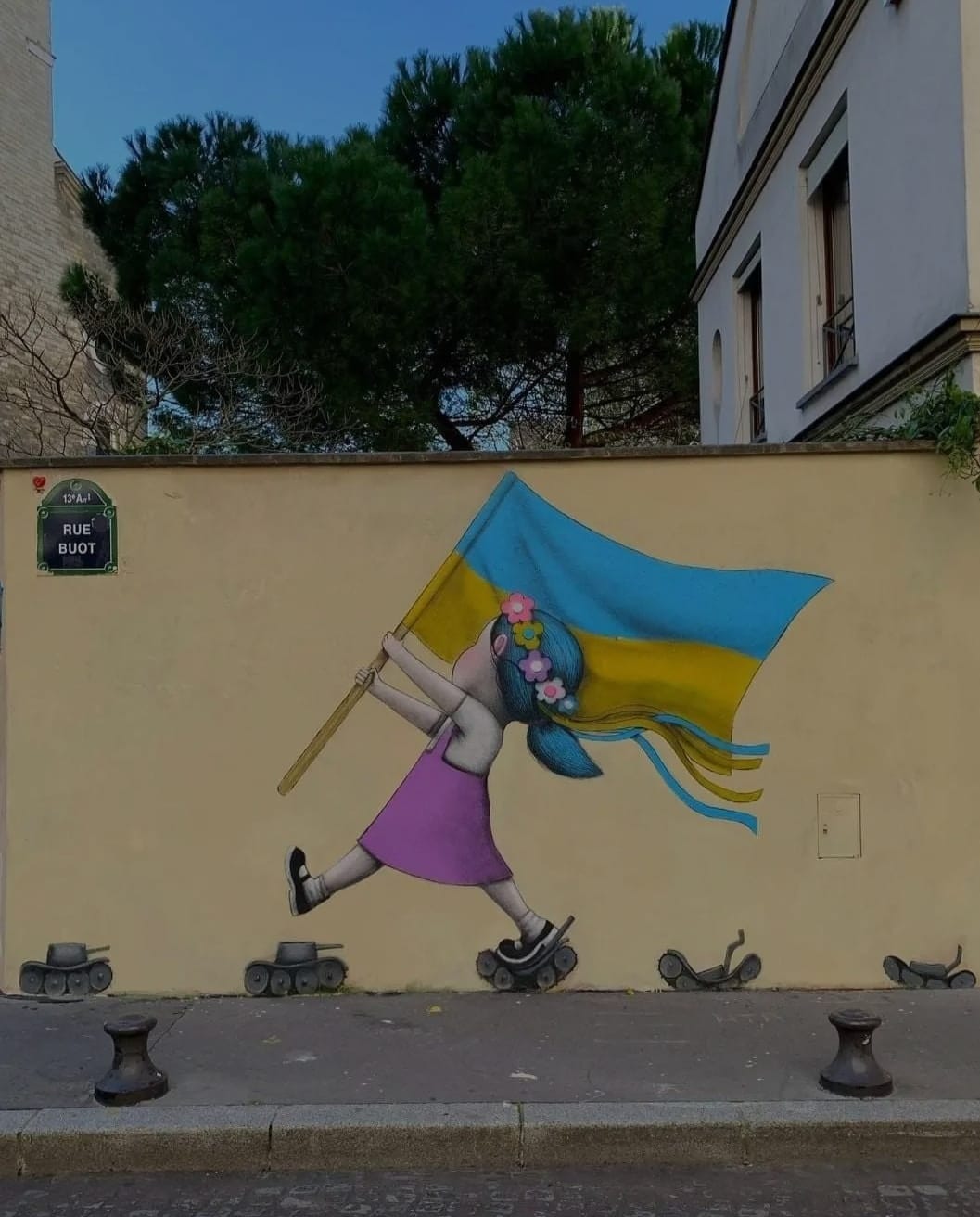 Tweets from Matthew, and they’re all about what’s happening in Ukraine.

This first one is infuriating. How many survivors of the German siege of Leningrad during WWII (which, by the way, lasted 872 days and killed over 1.5 million civilians and Russian military. After surviving that, this woman gets taken into custody for protesting the Russian siege of Ukraine, which is what is likely happening in Kyiv? If only Putin could be arrested as a war criminal!

In #StPetersburg, #Russia, the police detained a well-known survivor of the Siege of Leningrad Yelena Osipova at an anti-war #protest: pic.twitter.com/QFhPrWKcCo

The tenderest moment of an otherwise terrible day. Of everything that happened yesterday, this young woman fleeing Kyiv with her cat stays with me. pic.twitter.com/cUxYC8DvxY

The Russians are arresting primary school children for protesting war!

'When I saw reports suggesting primary school children had been arrested by police in Moscow for laying flowers at the Ukrainian embassy and holding signs saying “No to war” I refused to believe it was real. But now it has been confirmed' @ggatehouse @BBC https://t.co/DiC7Kz4QPX https://t.co/eaqQtGVXsX

Ukraine’s president Volodymyr Zelenskyy says he has only seen his family once since Russia invaded his country a week ago.

A Russian missile had just struck a TV tower by the Babyn Yar Holocaust memorial site in Kyiv as he spoke to reporters. pic.twitter.com/gSGJgkTTh5

I’m adding this one: making Molotov cocktails. One commenter objected to the second tweet, saying

Styrofoam will adhere to the target. Understand what this media shows. It looks like a breach of IHL? Notice the small child there. The adults are actively participating in hostilities and are now legitimate targets. They have also made the child a target.

This takes the cake for ‘most surreal video’ out of Ukraine thus far… pic.twitter.com/TzVw52njty

This is ineffably clever! The more I see the spirit of the Ukrainian people in the face of this ghastly attack, the more I admire them.

New road signs put up to steer invaders — all roads lead to The Hague. pic.twitter.com/FJ28EqLsYx

I love that Mussorgsky piece, and I also love Kandinsky; I had no idea there was an artistic connection.

By Wassily Kandinsky: "Picture XVI, The Great Gate of Kiev. Stage set for Mussorgsky’s Pictures at an Exhibition in Friedrich Theater, Dessau," 1928 pic.twitter.com/QBlHPKFMrl

Still standing. And we will not fall. Ukraine will prevail 🇺🇦✊

NEW: Rare good news from Ukraine. 4-yr-old Nikita, who has leukemia & had been sheltering in basement of Kyiv children’s hospital, is on a bus out of Ukraine with mum & sisters. Such a turn around from Monday when his mum was preparing to stay with him & send her 2 daughters away pic.twitter.com/R3iFoVMtJ0