Good morning on Cat Sabbath: Saturday, February 26, 2022: National Pistachio Day. This is one of the Holy Trinity of Nutmeats, the others being the Cashew and the Macademia. This will likely be the last full Hili Report before I am on the ship, but Matthew will be reporting the interchange between Hili and Andrzej for the next few days.

Here I am this morning making final arrangements for Chile and Antarctica. I have a new short haircut and am holding the folder showing all the paperwork required to get into Chile and board the ship. This is why I’ve been so busy!  Later I’ll show all my gear, and I’ve packed very light. 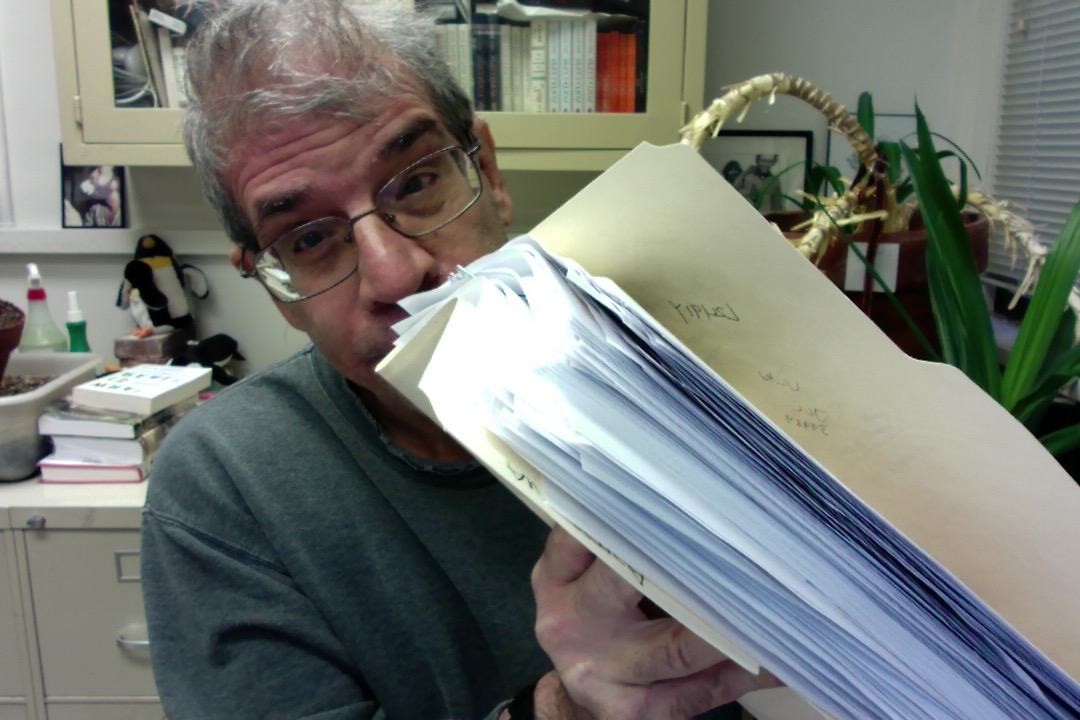 It’s also Levi Strauss Day(see 1829 below), National Skip the Straw Day (or use paper ones). The site announces that it’s the Jewish holiday of Purim, but that’s just wrong: the day of Purim begins on March 16 and lasts one day. Somebody screwed up!

*Urged on by their leader and their own resolve, the Ukrainians, are bravely fighting on as Russian troops entered the outskirts of Kiyev. There is street-to-street fighting and the outcome is already known—save for the body count—but the people battle on.

The UN Security Council has vetoed a resolution condemning Russia’s invasion, because of course Russia is on the Security Council, and one vote constitutes a complete veto. China and the UAE abstained, but, surprisingly, so did India, saying that diplomacy wasn’t given a proper chance. India is wrong. Finally, both the U.S. and Britain finally said they’re going to impose sanctions on Putin himself. Once again, that will do very little.

*Reader Kieran sent an interview by RTE (Raidió Teilifís Éireann, the Irish National Broadcast stationl) of Yuri Filatov the Russian ambassador to Ireland. As Kieran said, “Interviewer didn’t manage to keep his temper but an interesting interview.” Frankly, when an interviewer is supposed to swallow lies as egregious as this Russian was doling out, I don’t blame him for losing his temper.

Many in the EU are calling for the expulsion of all Russian ambassadors from their country, but for the time being the Ministers of EU countries have not decided to take this step.

And the Russian ambassador didn’t do himself proud. A tweet from Matthew:

Dublin, Ireland. Angry crowd harasses a car carrying the Russian ambassador as it tries to enter the Embassy.

Ireland, I am proud of you.❤️🇮🇪pic.twitter.com/nnuXM9kQL2

The Ukrainian border guards at the tiny Black Sea outpost of Snake Island went full Gen. McAuliffe. Tragically, it cost them their lives. (This has now been verified.

Ukraine lost contact with its forces on Zmiinyi (Snake) Island, a speck of land south of the port of Odessa, on Thursday after Russia conducted strikes from air and sea, Kyiv said.

A Ukrainian official said 13 soldiers had been killed and he circulated an audio clip that he and media outlet Ukrainskaya Pravda said was an exchange between Ukrainian and Russian forces.

“This is a Russian warship. I propose you lay down your weapons and surrender to avoid bloodshed and unnecessary victims. Otherwise you will be bombed.”

Anton Herashchenko, an adviser to the interior minister, said Russia then began strikes.

Here’s the audio recording. What brave men, refusing to surrender.

You can argue that they were foolish; they were doomed if they didn’t surrender and so why not give up? I can’t answer that question for them, but it must involve patriotism, duty, and refusing to concede to a hated enemy.

Read this and be depressed. It’s the right, of course, who admire despots and strongmen (click screenshot):

The online conversations reflect how pro-Russia sentiment has increasingly penetrated Twitter, Facebook, YouTube, right-wing podcasts, messaging apps like Telegram and some conservative media. As Russia attacked Ukraine this week, those views spread, infusing the online discourse over the war with sympathy — and even approval — for the aggressor.

The positive Russia comments are an extension of the culture wars and grievance politics that have animated the right in the United States in the past few years. In some of these circles, Mr. Putin carries a strongman appeal, viewed as someone who gets his way and does not let political correctness stop him.

When I read stuff like this, I remember these lines from Sylvia Plath’s great poem “Daddy“, about her love/(mostly) hate relationship with her dad:

Not God but a swastika
So black no sky could squeak through.
Every woman adores a Fascist,
The boot in the face, the brute
Brute heart of a brute like you.

There is no hope for any group who can admire what Putin is doing now.

*And the last depressing news: The Russians have warned Sweden and Finland that if they join NATO they will suffer military and economic consequences.  Can you imagine Russia invading those non-NATO countries? If you can’t, think again.

“Finland and Sweden should not base their security on damaging the security of other countries and their accession to NATO can have detrimental consequences and face some military and political consequences,” Zakharova said in a viral clip of a press conference.

The ministry later posted the same threat on its Twitter. Finland and Sweden have given significant military and humanitarian support to Ukraine since Russia invaded.

And there’s good news tonight! We have another liberal nominee for a Supreme Court Justice. As Biden promised well before he won the Presidency, he’s nominated a woman to the Supreme Court, Federal Court Judge Ketanji Brown Jackson. She also happens to be black. Her record is admirable; before being on the appeals court, she served time as a public defender and a trials court judge before being appointed to the D.C. District Court of Appeals. I’d like to think that background with leaven the court with some empathy. But Much as I like this nomination, I realize that it’s not going to affect the court’s rightward bent. After all, she’s replacing another pragmatic leftist.

And Matthew tells us that “Hank the Tank” a giant black bear who’s been terrorizing Lake Tahoe, Cailifornia by breaking into houses and stealing noms, is now known from DNA evidence (presumably from poop) to actually be three bears, all of whom must be dealt with (hopefully by relocation). Here’s one of them. Look at this chonk! He’s twice as big as a normal black bear at this time of year. It all goes to show you that to humans, all bears look alike.

Stuff that happened on February 26 include: 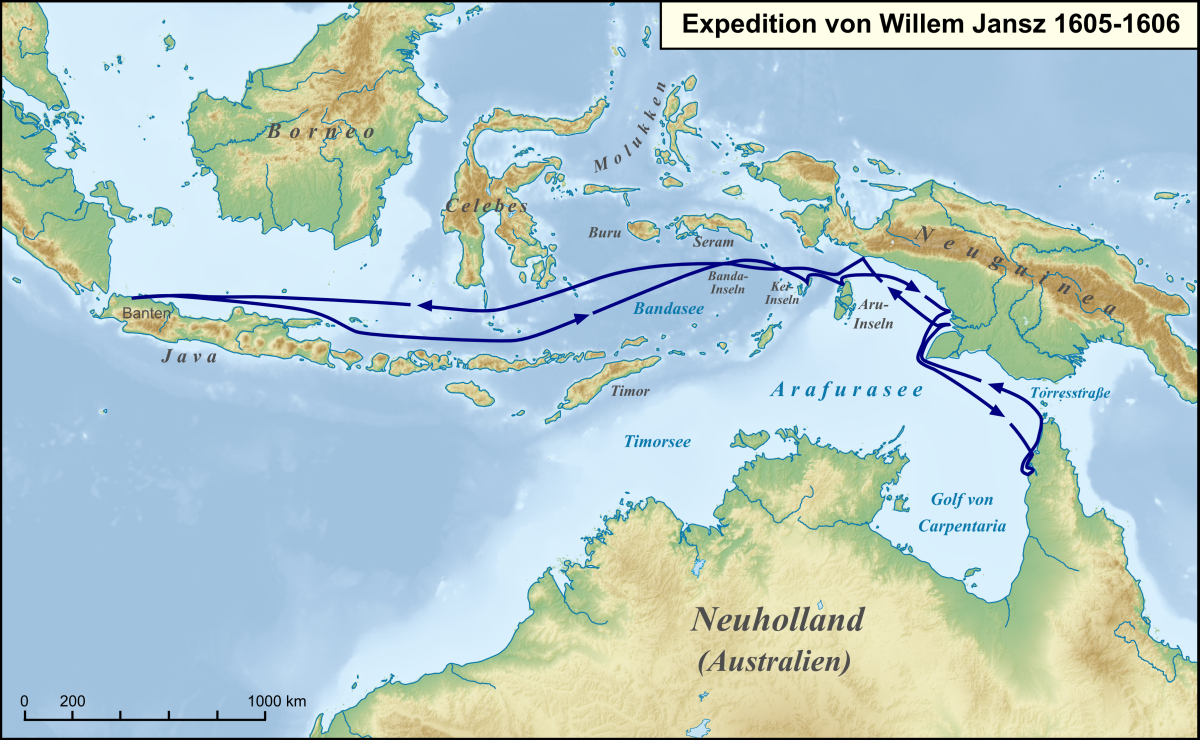 Here’s the blast damage, which failed to bring down both towers (the intent of the bombing). A vehicle number found in the remains of a rental truck led the FBI to the suspects, four of which were apprehended (and given life sentences, while one escaped: 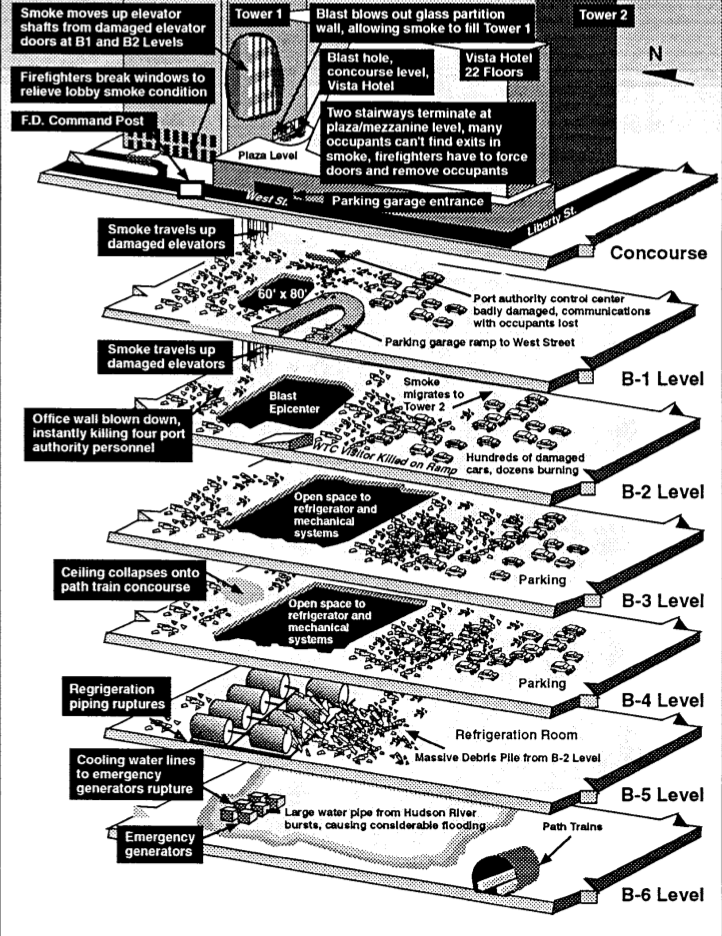 Here’s the orchestra during that visit playing the Korean folk song “Arirang“.

Here’s Daumier’s print, translated as “The day of the bachelor. 7 a.m.”: 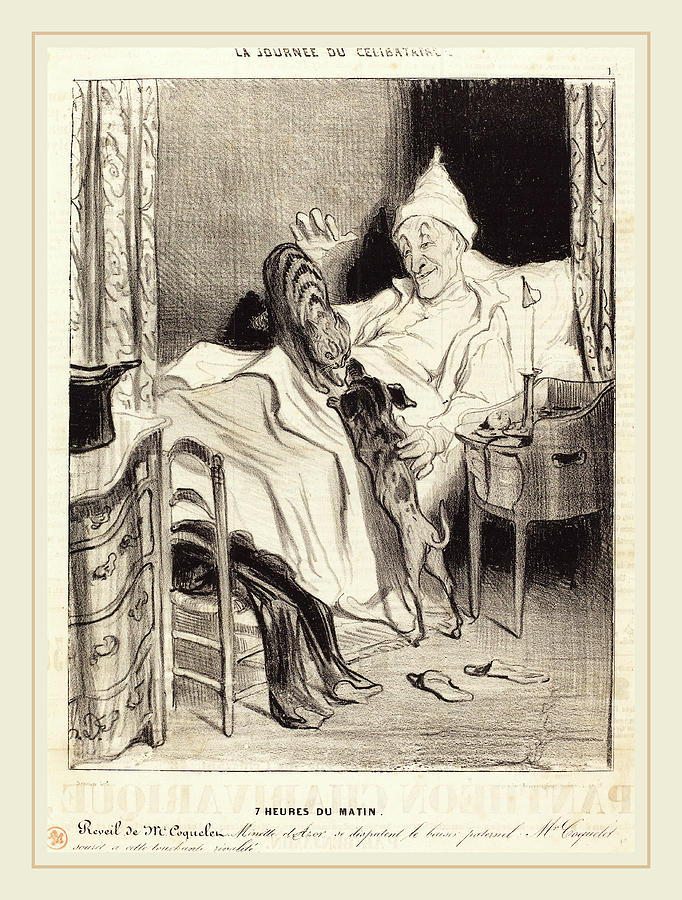 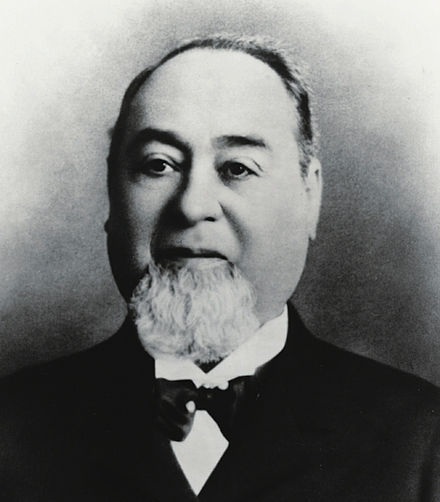 Here are the oldest known pair of Levis in the world, dating to 1879. And, they look pretty much like the new ones, though were supposedly made much better than today’s. They are kept in a fireproof safe at the company. 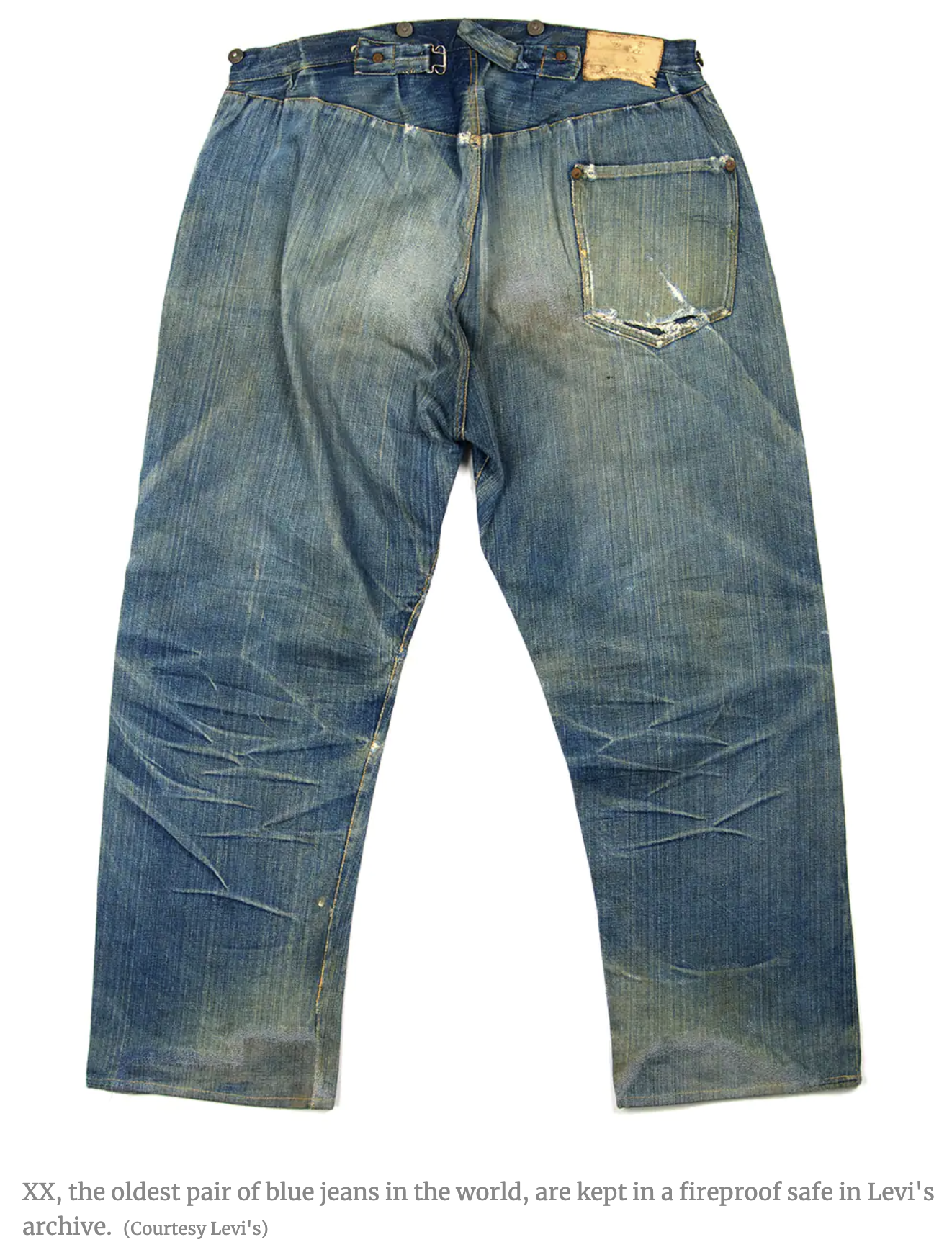 Kellogg was a health nut. Here’s an early ad for his most famous product: 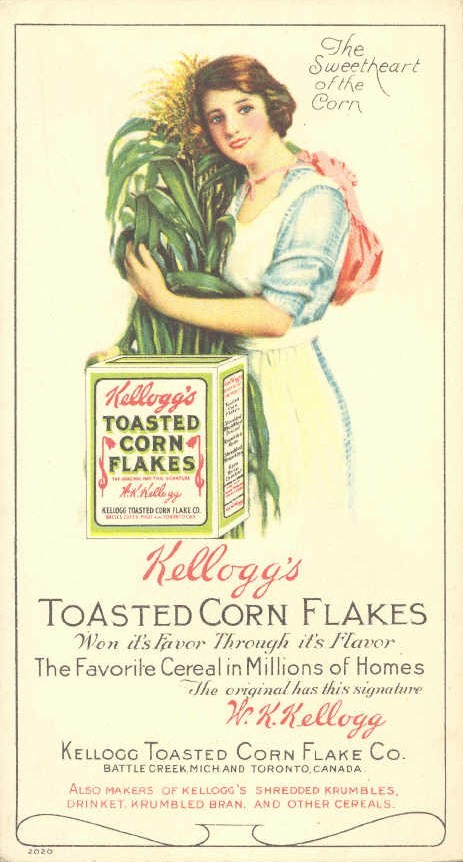 Wallace Fard, who moved to Detroit and taught a new form of Islam to black people, is still a mystery. Where he came from and where he went is unknown. After he disappeared in 1934, Elijah Muhammad succeeded Fard as the head of the Nation of Islam. Even his race is unknown: he could have been white, black, an Arab, or something else. Some information from Wikipedia and a photo:

“Although the prophet lived in Detroit from July 4, 1930 until June 30, 1934, virtually nothing is known about him, save that he ‘came from the East’ and that he ‘called’ the Negroes of North America to enter the Nation of Islam. His very name is uncertain. He was known usually as Mr. Wali Farrad or Mr. W. D. Fard, though he used also the following names: Professor Ford, Mr. Farrad Mohammed, Mr. F. Mohammed Ali. One of the few survivors who heard his first addresses states that he himself said: ‘My name is W. D. Fard and I came from the Holy City of Mecca. More about myself I will not tell you yet, for the time has not yet come. I am your brother. You have not yet seen me in my royal robes.’ Legends soon sprang up about this mysterious personality.” 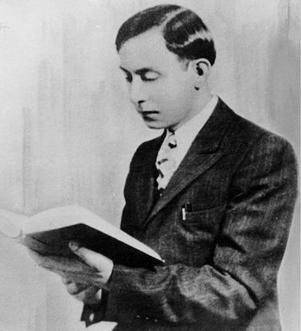 Cash and June Carter singing one of my favorites, “Jackson“, written in 1963 and recorded by Carter and Cash in 1967. “Jackson” wasn’t meant to refer to Jackson, Mississippi, or any place in particular.

Those who went to the Big Litter Box in the Sky on February 26 include:

Eldridge, known as “Little Jazz,” is one of the great underappreciated jazz trumpeters. Here’s my favorite song of his, which I put up every time he has an anniversary. It’s “Rocking Chair” performed with Gene Krupa’s Orchestra in 1941:

Meanwhile in Dobrzyn, Hili is scared. Malgorzata explains: “Hili is terrified of our crazy times. Poor Hili, with her scant knowledge of history she doesn’t know that times were never sane.” 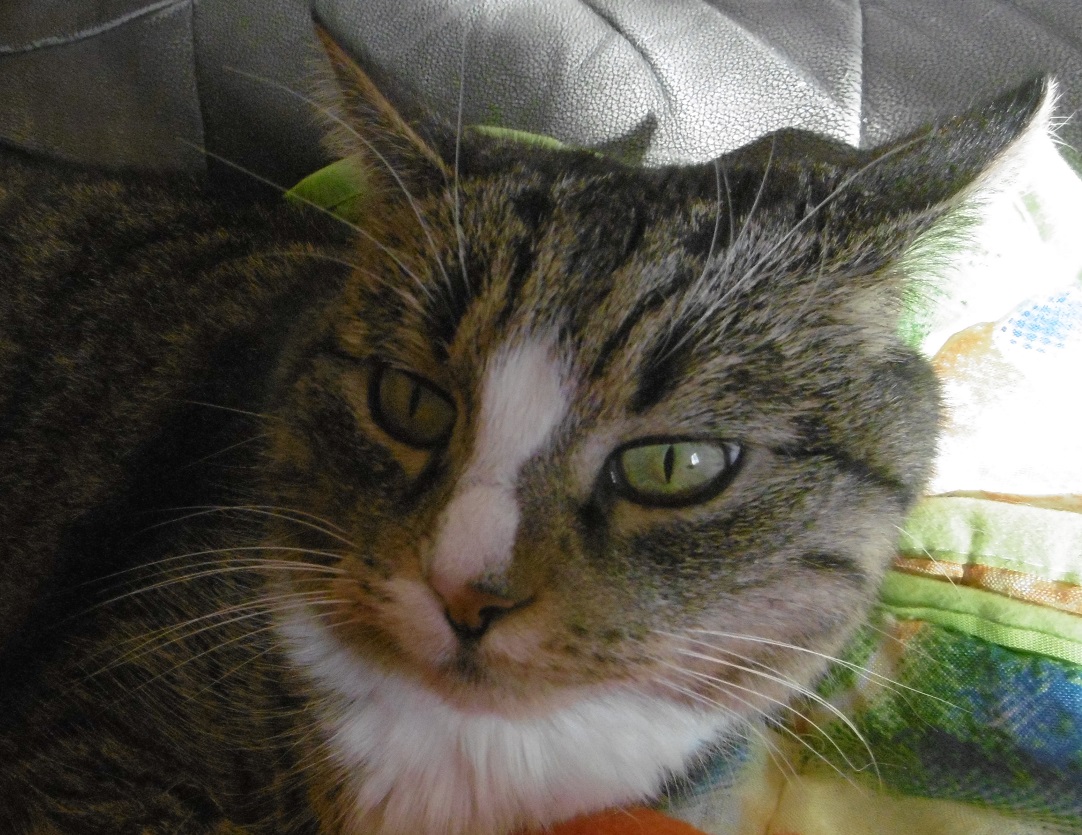 And a photo of Kulka: 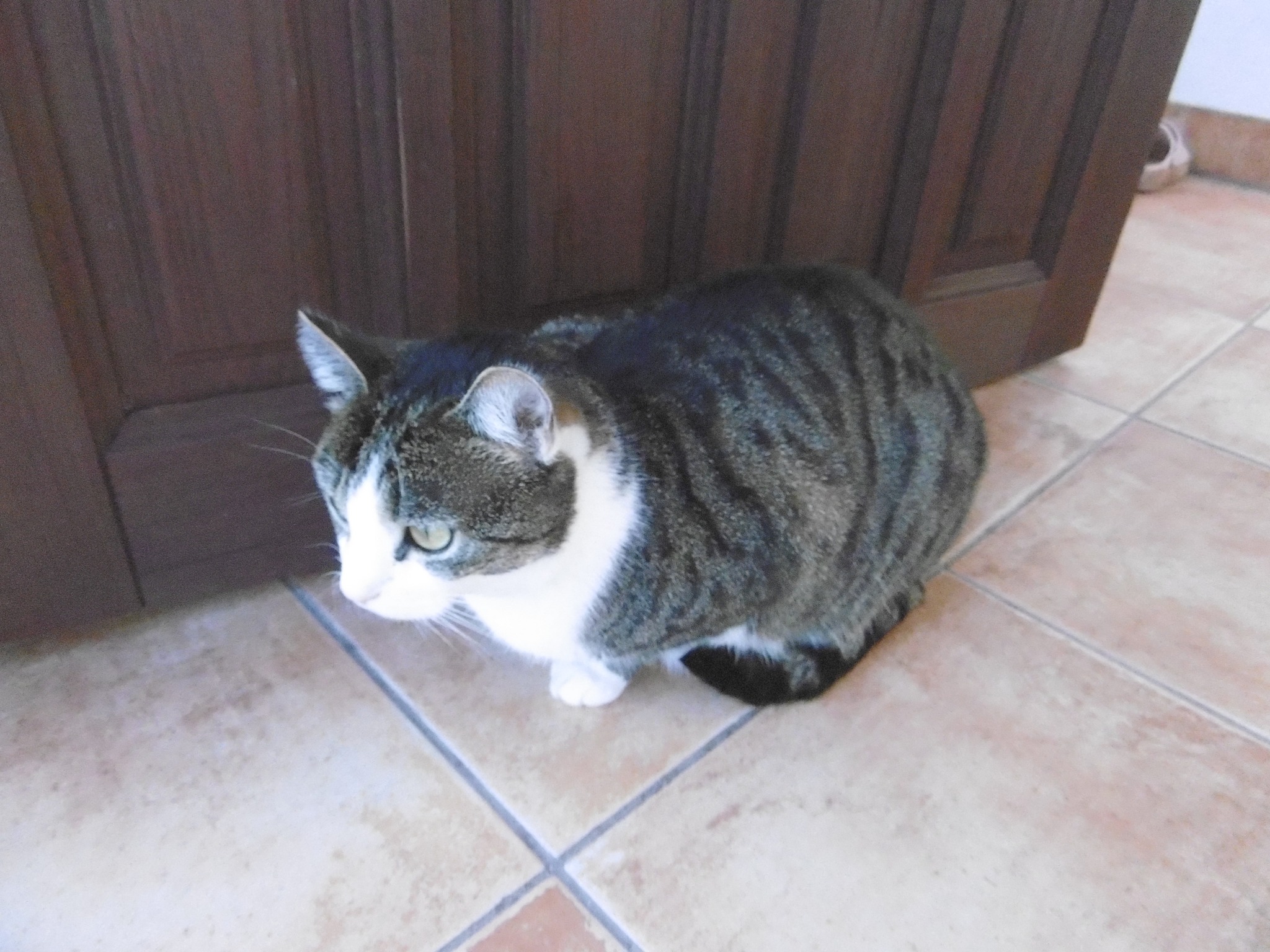 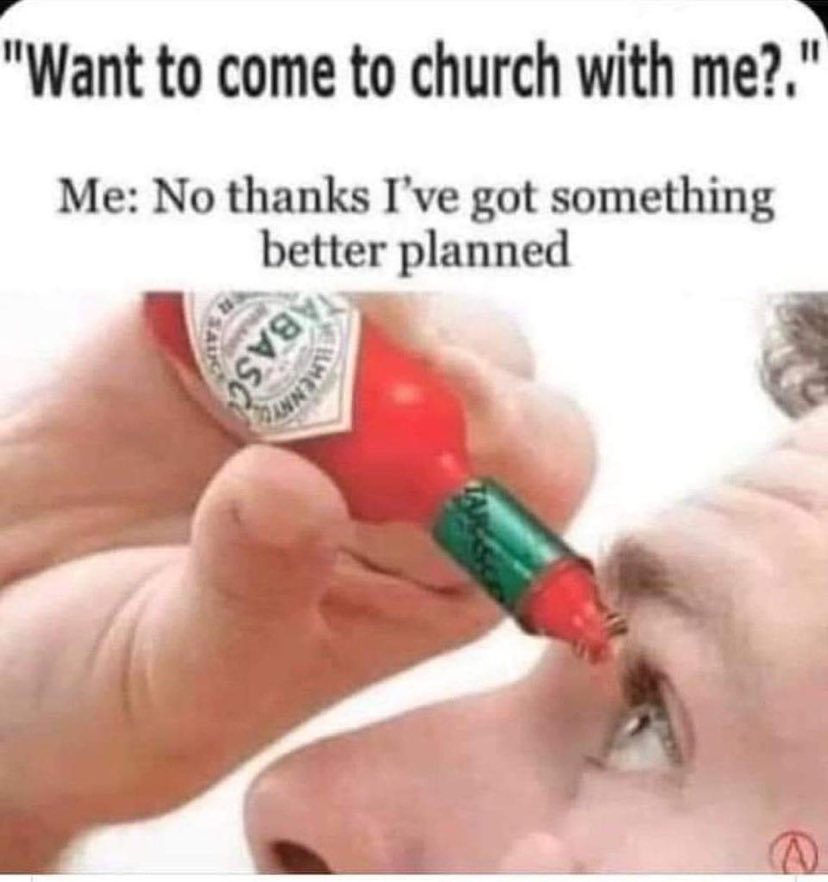 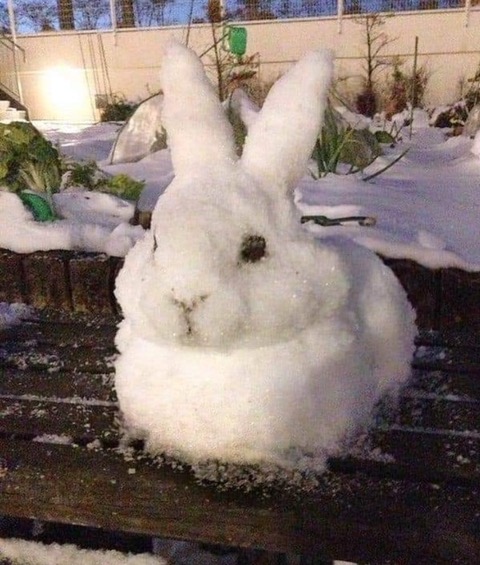 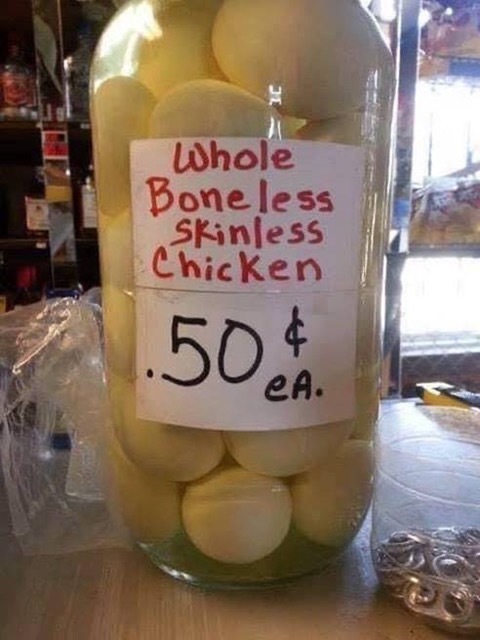 God has had enough:

Earth used to be a good place to raise a family.

From Barry, who adds his comment on this elaborate Rube Goldberg machine, “Wow, the time it must take to set this up—and to test that it will work!”

A tweet found by Simon. Rechavi makes academic memes from regular videos. But believe me, I’ve felt like this:

How did your talk go? not so great?pic.twitter.com/hh1nCl4sn4

How to finish an argument when you're wrong. pic.twitter.com/Vryye7OCoX

Tweets from Matthew: A Martian “flower: with an explanation:

Looks like wee marcasite pseudomorphs commonly found in evaporite settings. It's probably now an iron oxide taking the form of what was originally some iron–sulphide mineral.

I’m not sure why expelling Jews counts as “de-nazification,” but the rabbi’s comments are passionate and sad. (I’m referring to the last tweet, which I can’t separate from the others). And think of that 14 hour wait at the border!

Putin "de-nazifying" Ukraine.. by chasing away the last remnants of Jewish life in a city which once had the third largest Jewish population in the world before World War II and Stalin.https://t.co/tk0qt2gX25

Bye all! Talk to you from Antarctica, or perhaps Santiago if I have a break.