Today we have an unusual combination of biology, art, and the history of science, contributed by Athayde Tonhasca Júnior. His notes are indented and he wrote this: “Some of your readers may be interested in learning about Maria Merian, a remarkable and not widely known scientist.”  So here we go! (Do click the photos to enlarge them.)

Ovid’s poem Metamorphoses (8 AD) is a collection of myths and legends with a central theme of transformation or metamorphosis, from the Greek meta (change) and morphe (form). The poem has had a profound influence on Western literature and art, so classicist-inspired biologists and naturalists had a perfectly fitting word to describe one of the most fascinating and baffling biological phenomena. 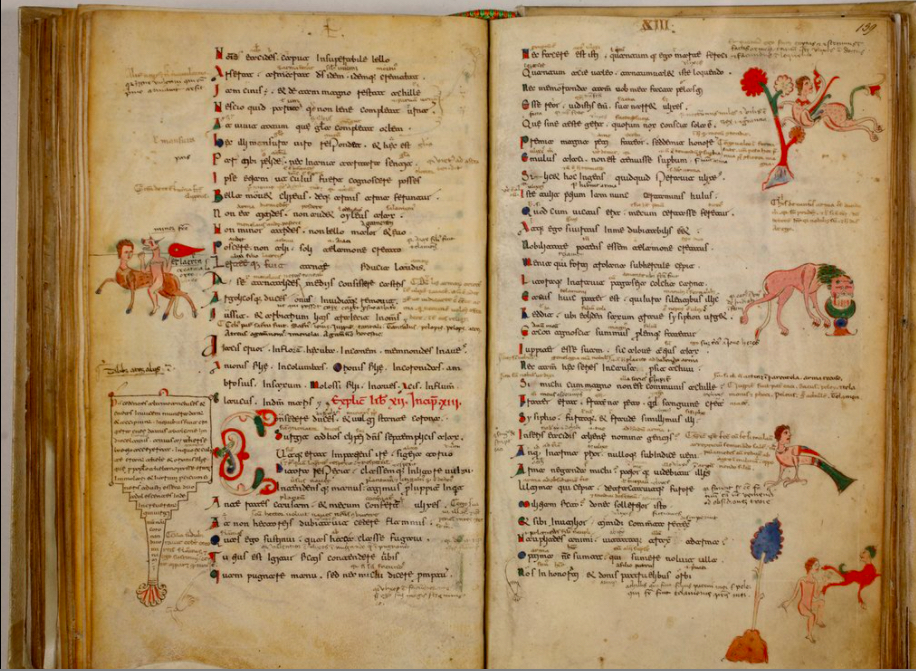 Metamorphosis is the process in which some insects and other animals undergo radical change in form and function when growing from immature to adult phases. This transformation requires the complete dissolution of the animal’s internal organs and their reassembly into a new creature entirely: see an example of a caterpillar turning into a butterfly. The mechanisms and chemistry of metamorphosis are still not fully understood.

Metamorphosis seems so disconcerting that for centuries nobody would consider that larvae and adult insects were the same animal. That view began to change with the work of Jan Goedart (1617–1688) and Jan Swammerdam (1637–1680), Dutch naturalists and entomologists who demonstrated that larva, pupa and adult insect were phases in the development of a single individual.

Goedart’s and Swammerdam’s drawings and descriptions did not go unnoticed by a young German expat, Maria Sibylla Merian (1647-1717), a woman with a remarkable biography. Since her teenage years, Merian painted, collected and studied plants and insects, particularly moths and butterflies. She married and started a family, but never abandoned her art and scientific investigations. She moved to Amsterdam after leaving her husband, supporting her two daughters through her publications, selling hand-mixed paints and linens, and teaching painting and embroidery to young women.

In 1699, at the age of 52, Merian and her youngest daughter left for Surinam, then a Dutch colony. In a venture that would be gutsy today, the Merians travelled alone through the South-American jungle for two years, observing, drawing and collecting plants and animals. Merian was one of the first persons to record parasitic wasps emerging from the cocoon of a moth or butterfly, and the metamorphosis of a tropical butterfly. The two women returned to Amsterdam loaded with preserved animal and plant specimens. Merian published her book about her studies, Metamorphosis insectorum Surinamensium, and continued painting, publishing and trading specimens until her death.

Fig. 2. A Metamorphosis insectorum Surinamensium volume bound with calf leather with the accompanying text in Latin. Merian dedicated her publication ‘to all lovers and investigators of nature’. 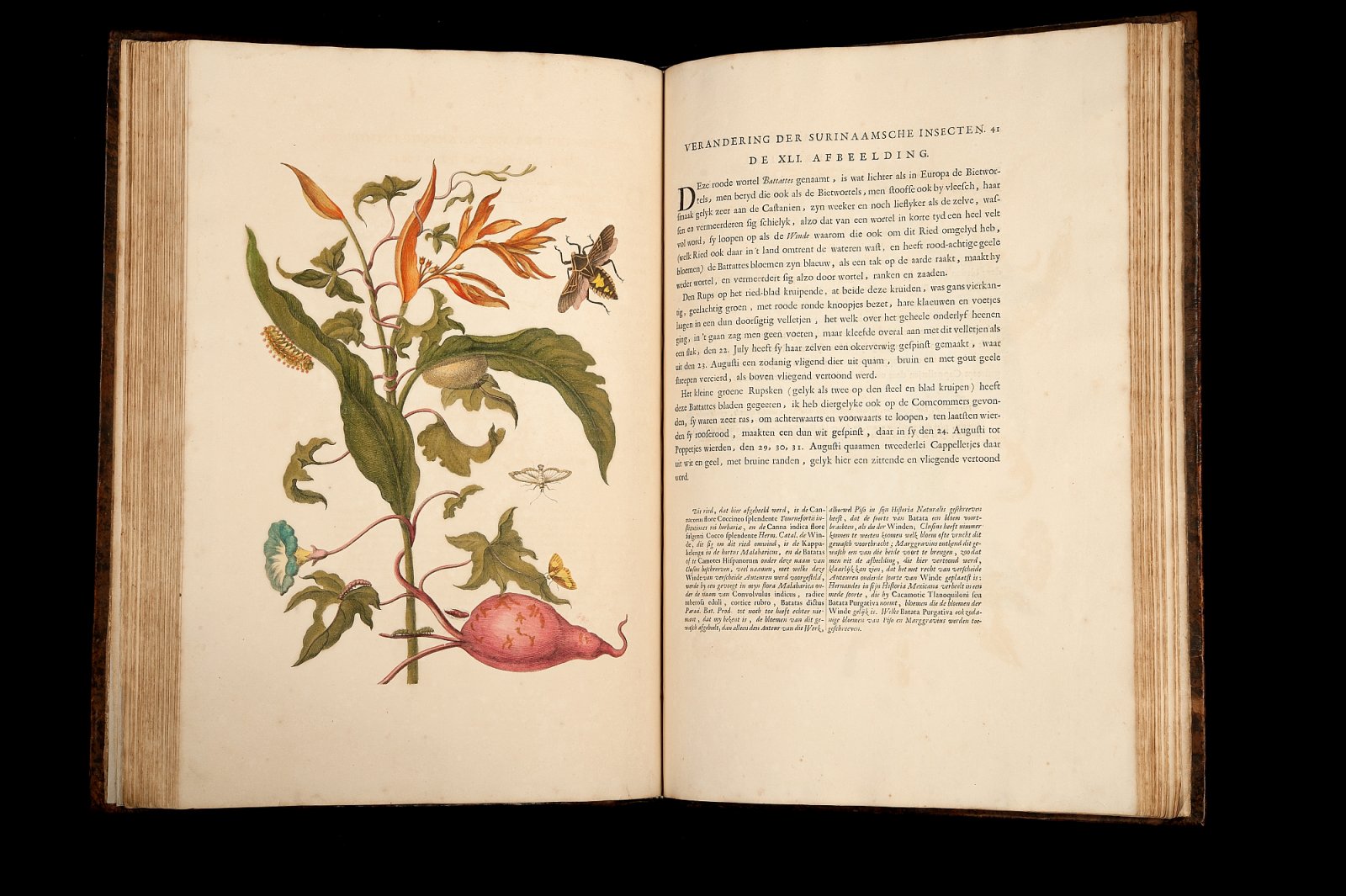 Artist-naturalists of the period were predictable and formal: they usually depicted specimens singly against a neutral background. But Merian drew and hand-coloured animals and plants in their surroundings and interacting with each other. Her paintings were descriptive, for example showing a flower reproductive cycle from bud through fruit. Or all the stages of a butterfly, from caterpillar to imago (the adult, mature stage), host plants included. Merian’s plates portrayed ecological communities and species interactions almost two centuries before German zoologist Ernst Haeckel coined the term oecologie, which was the foundation for the field of Ecology. 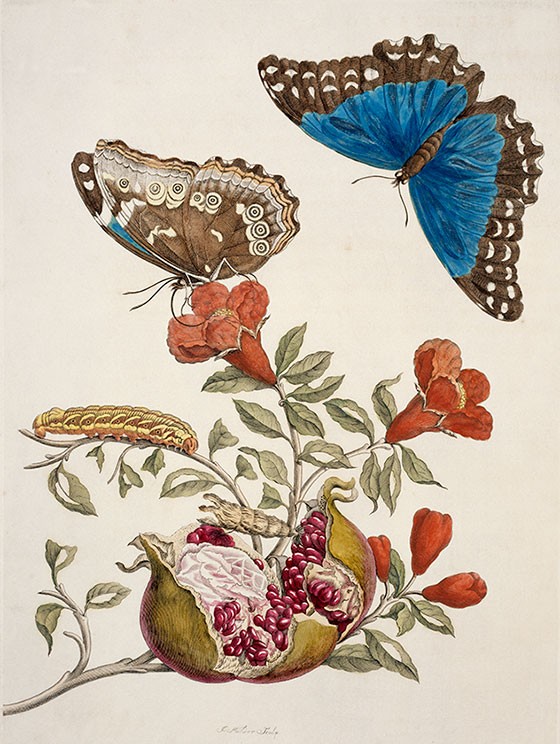 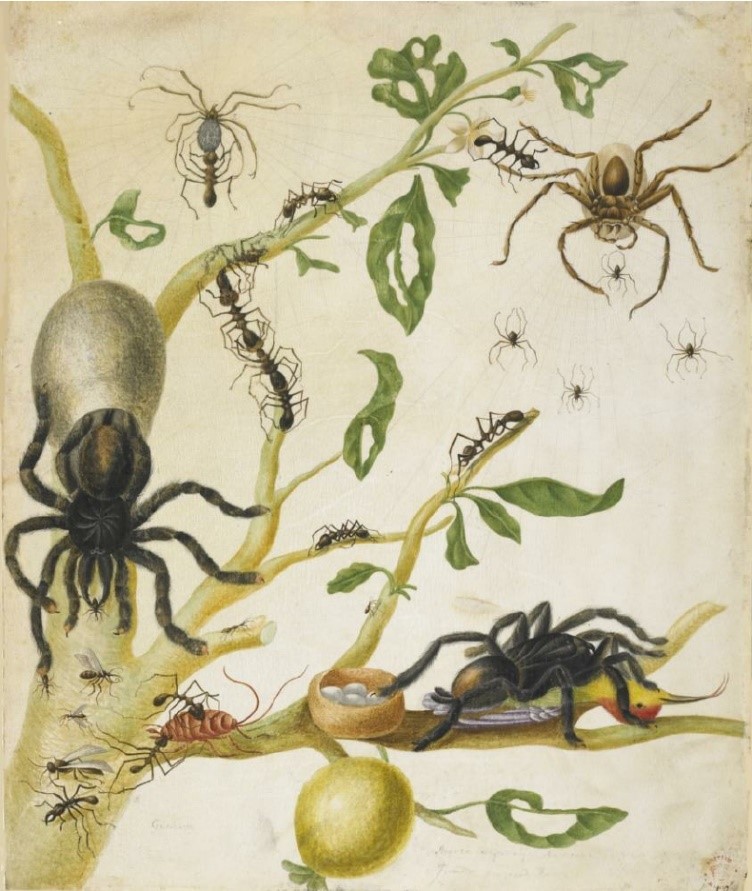 Merian’s artistic style become a standard for scientific illustration, still in use in today’s nature guides. Through her beautiful and accurate art and observations, Merian made metamorphosis and other biological phenomena widely known, and helped dismiss the entrenched belief that insects generated spontaneously. 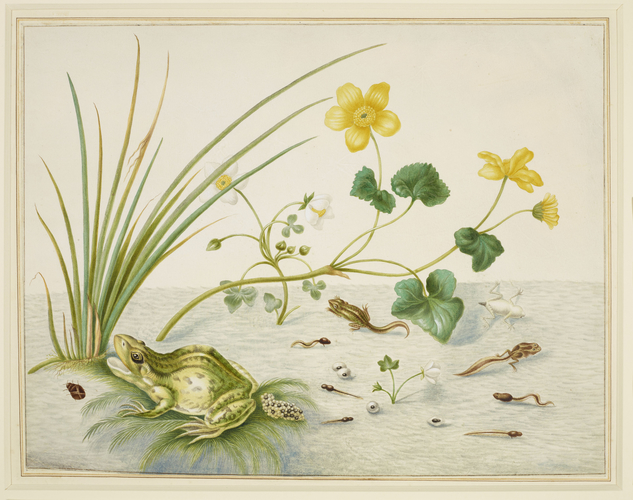 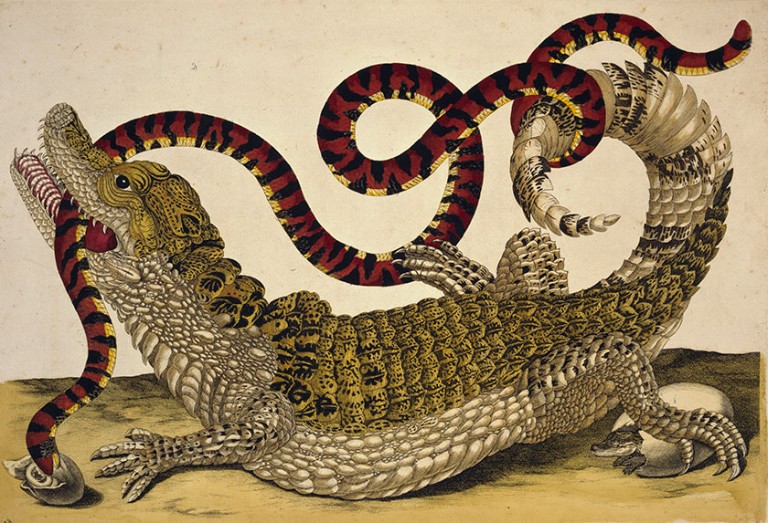 Merian was respected and acknowledged by fellow naturalists of her generation. Carl Linnaeus would later classify insects based on her drawings, and Goethe, who was a poet and a naturalist, celebrated Merian for her ability to move ‘between art and science, between nature observation and artistic intention.’ But eventually her work was forgotten until the 1970s, when the Soviet Academy of Sciences republished her paintings. The world rediscovered Merian’s achievements, and she has been celebrated in currency, postage stamps, academic publications, books and museum exhibitions. A plant genus (Meriania), a lizard (Salvator merianae), a toad (Rhinella merianae), a spider (Metellina merianae), among other species, have been named in her honour. These accolades are well deserved. Maria Sibylla Merian was the woman who made science beautiful.