Do I really need to apologize because this piece, which was sent me as a link to yahoo! news, ultimately turned out to be taken from the conservative National Review? That was my first impulse, but if I had to give caveats like that for everything, I’d have to give them for the New York Times and, in fact, for every media outlet with an ideological slant. I think I’ll stop giving these caveats and concentrate on the content. And, in this case, the content is documented by a video interview by Christine Amanpour and by the very facts of biology.

As you surely know, Phelps is by far the most decorated Olympic competitor of all time, having accrued a total of 29 medals for swimming—23 of them gold!  He holds several world records, and many see him as the greatest swimmer of all time, if not one of the greatest athletes of all time. 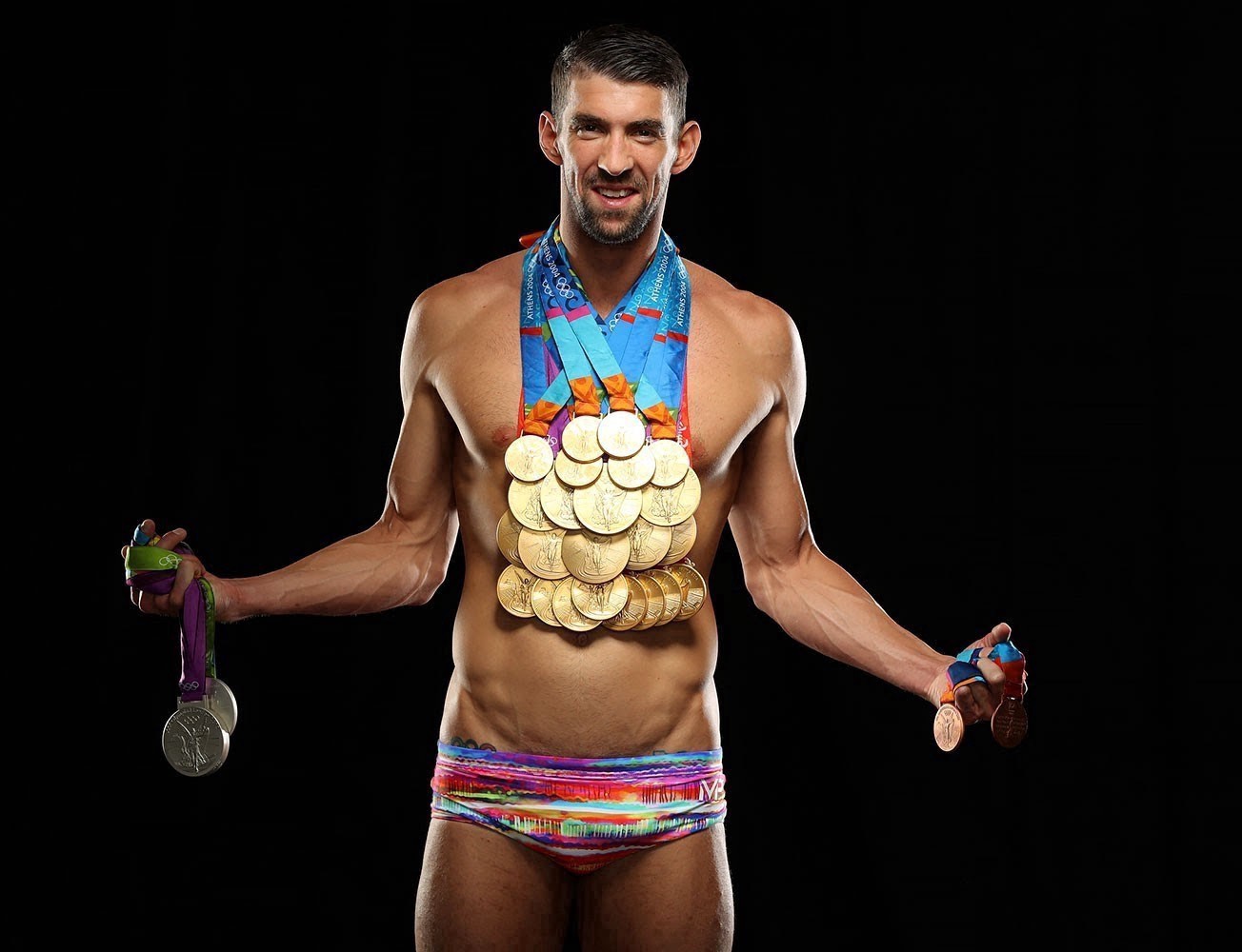 As far as I was able to find without digging about for too long, the National Review article wasn’t the same as—or as long as—the yahoo! news piece (I couldn’t locate the right one, I guess), so I’ll comment on the latter. Click on the screenshot to read (the “National Review: is the source, but the article is at yahoo!):

Here are Phelps’s comments followed by the interview tweet:

Playing on the women’s team this season after three years competing as a male, Thomas has set pool, program, and meet records, 38 seconds ahead of the next-closest female Penn swimmer in one event. [JAC: I think that was the 500-meter freestyle.]

Phelps’s comments came during an interview with CNN’s Christiane Amanpour last week when Amanpour asked the swimmer to react to the ongoing debate and Phelps likened it to his experience with doping in the sport, saying he does not think he has competed in a “clean field” in his “entire career.”

“I think this leads back to the organizing committees again,” said Phelps, who won 13 individual gold medals as an Olympic swimmer. “Because it has to be a level playing field. That’s something that we all need. Because that’s what sports are. For me, I don’t know where this is going to go. I don’t know what’s going to happen.”

Here are the tweets; the second is the important one.  Phelps won’t answer the question directly, but it’s pretty clear what he thinks: he thinks everyone should be “comfortable in their own skin” (i.e., he’s not transphobic), but he also favors competition on “an even playing field.” As if that weren’t clear enough, he mentions doping of swimmers, saying that he doesn’t think he himself has competed on an even playing field, and that doping clearly tilts the field.

Of course, by analogizing transgender female performance with the advantage given by doping, Phelps is going to get himself into more trouble, even though the analogy is better than he knows. For the advantage accruing to biological men who transition after puberty (as did Thomas) comes from the effects of testosterone during puberty. These effects, as several studies have shown, last for years, and I suspect many of them, affecting physiology and bone and muscle mass, will be permanent.  Even the International Olympic Committee has retracted its own regulations about how much circulating testosterone forms the upper limit for a transgender athlete to compete with women. (They now are in limbo without any guidelines.)

Reacting to ongoing debate over trans college athlete Lia Thomas competing on the women’s swimming team, “it’s very complicated,” says @MichaelPhelps. “We all should feel comfortable with who we are in our own skin. But I think sports should be played on an even playing field.” pic.twitter.com/brsq7t2vJW

The NCAA guidelines, for college sports, are even more lax, as no hormone levels are even specified:

NCAA rules currently permit Thomas to compete on the women’s team. The guidelines are focused primarily on hormone treatments and read: “A trans female (MTF) student-athlete being treated with testosterone suppression medication for Gender Identity Disorder or gender dysphoria and/or Transsexualism, for the purposes of NCAA competition may continue to compete on a men’s team but may not compete on a women’s team without changing it to a mixed team status until completing one calendar year of testosterone suppression treatment.”

They do not take bone density, accumulated muscle mass, or other considerations into account.

Well, they should! One year of testosterone suppression is just that—a year of treatment, and there’s no guarantee that the treatment will even give you Olympic-qualifying hormone levels. But, as we know now, the Olympic qualifying levels have no science to back them. The NCAA rules have equally little science—that is, zero. It is an attempt to look scientific without actually having the relevant data.

NCAA guidelines claim, “many people may have a stereotype that all transgender women are unusually tall and have large bones and muscles. But that is not true. . . . The assumption that all male-bodied people are taller, stronger, and more highly skilled in a sport than all female-bodied people is not accurate.”

But nobody is making that ridiculous claim! Of course there are “male bodied people” (do they mean biological men?; it’s not clear) who are worse than some women (“female-bodied people”) at sports. And even transgender women can beat many men. The claim is about the highest performance levels, and about averages and variances. It’s like saying that smoking doesn’t cause lung cancer because some people who get lung cancer never smoked, and some people who smoke like chimneys never get lung cancer. What we have is a gross misunderstanding of both the statistics and the claims at issue.

The article goes on to denigrate Thomas by quoting her, but I’m not interested in that. What I am interested in is what Phelps emphasizes: having a level playing field. It is becoming ever clearer that for transgender women who go through puberty before hormone treatment, they derive a clear performance and physiological advantage over biological women that gives them a clear advantage in sports. If you say, “Well, so what? There are only a few transgender women trying to compete,” I have two responses. First, tell that to the women creamed by the performance of Lia Thomas. More important, the problem may be small now, but given the magnitude of women to men transitioning—far more frequent than the other way round—it’s going to be a much bigger problem in the future.

This is one case where the inconvenient biological and experimental facts are ignored in favor of “social justice”, for “trans” people are seen as heroes and as oppressed minorities. The biological women who are left in the dust by people like Thomas are being treated unfairly—just as unfairly as if they competed against someone engaged in doping. Everyone decries doping, and mandates punishment for those like Lance Armstrong who engage in it, but when the “dope” is testosterone and its lingering effects, well, no problem!

This is one example of what I call “MacPherson’s Law”, a generalization I’ve stolen from reader Diana. She once said that in cases like this—cases in which two tenets of progressive liberalism conflict—the resolution will always be to the detriment of (biological) women. The same is true for the oppression of women by Islam, and by other cases as well.

As Richard Feynman said after the Challenger disaster, “”For a successful technology, reality must take precedence over public relations, for Nature cannot be fooled.” In this case, “Nature” comprises the facts about puberty and hormones, while “public relations” is the declarations by the ACLU and other woke organizations that, even in sports, “transwomen are women”, and should be allowed to compete as such.