Today’s photos, a mixed bag of taxa, come from reader Chris Taylor in Australia (that almost rhymes!).  His notes and IDs are indented, and you can enlarge his photos by clicking on them.

Another set of photos:  all were taken at home on my property outside Canberra.

Black Fronted Dotterel, Elseyornis melanops, at the edge of the dam next to the house.  These are quite common visitors, and have even tried to breed here. Unfortunately, their nest attempts have not met with success. 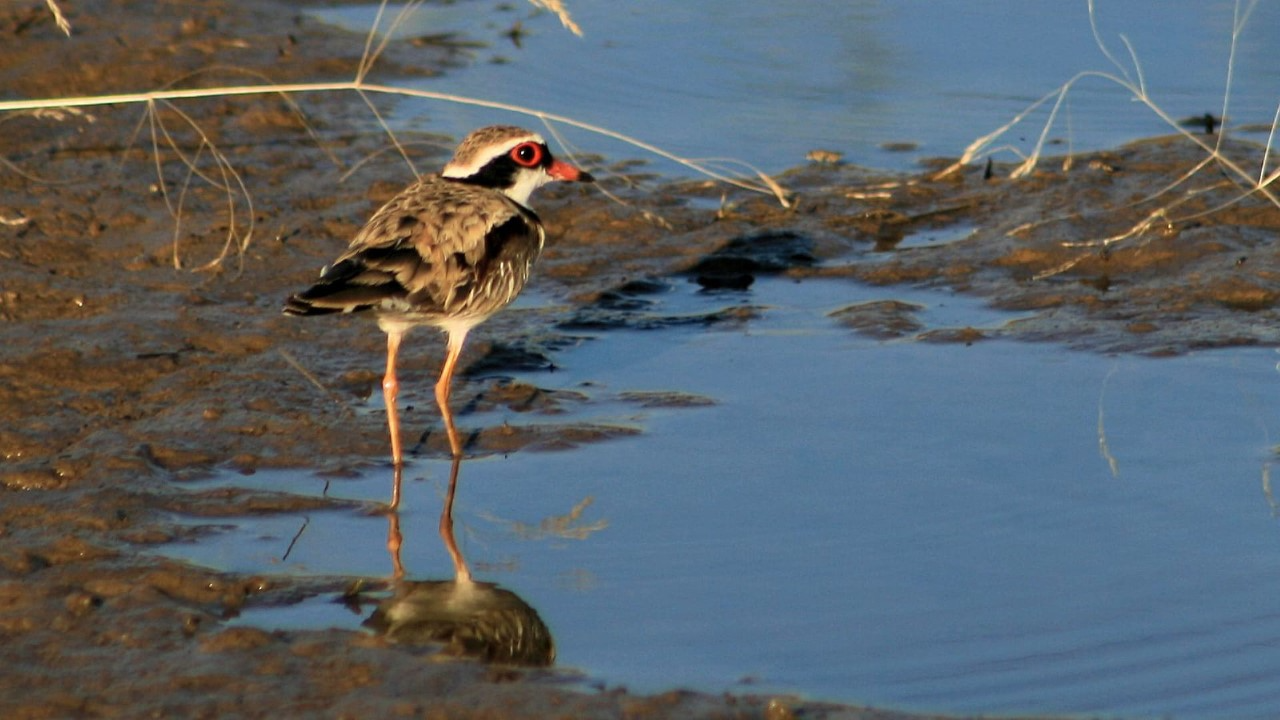 An Eastern Grey Kangaroo, Macropus giganteus, on the dam above the house just before dawn.  Very common here; there are mobs of up to 50 that move between the forest reserves up above our house and the paddocks in the valley. 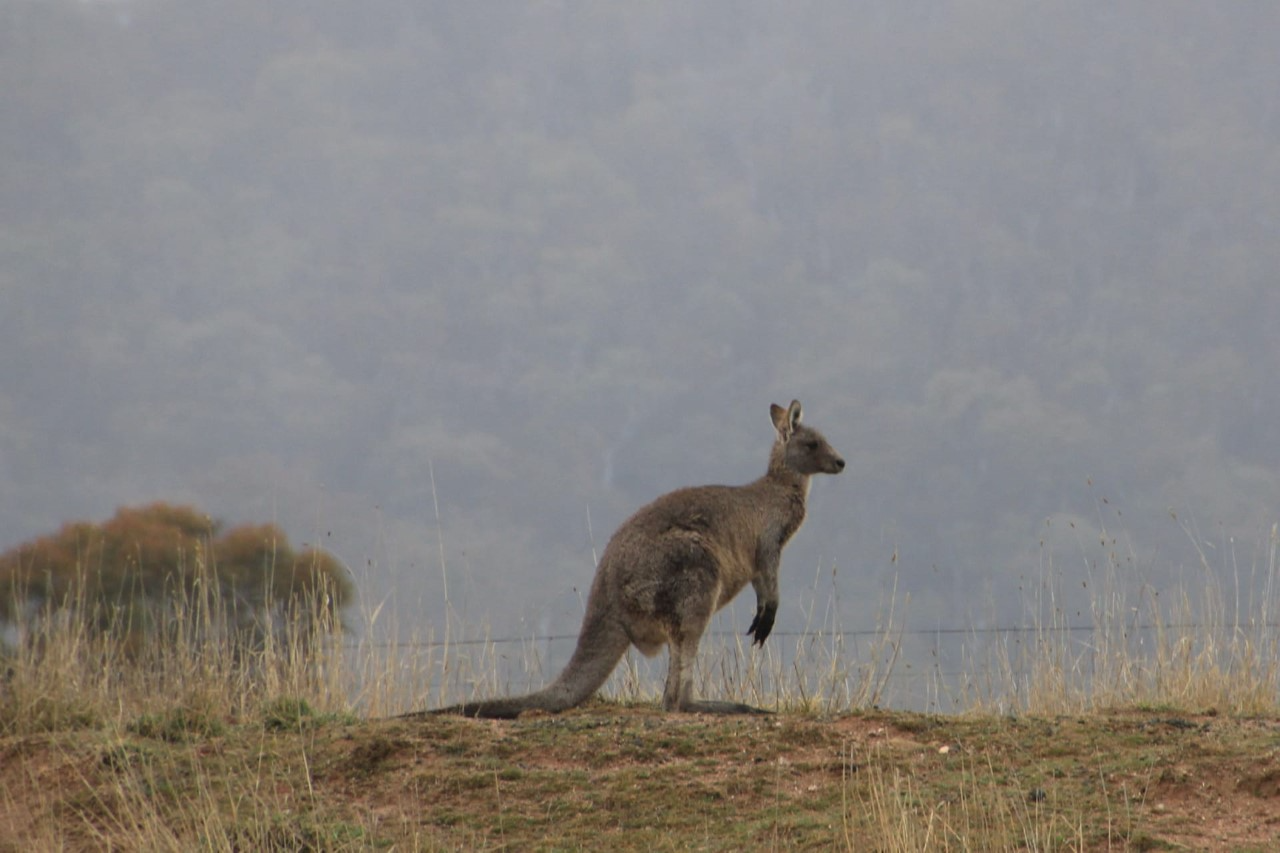 An Echidna, Tachyglossus aculeatus, ambling across one of the paddocks. 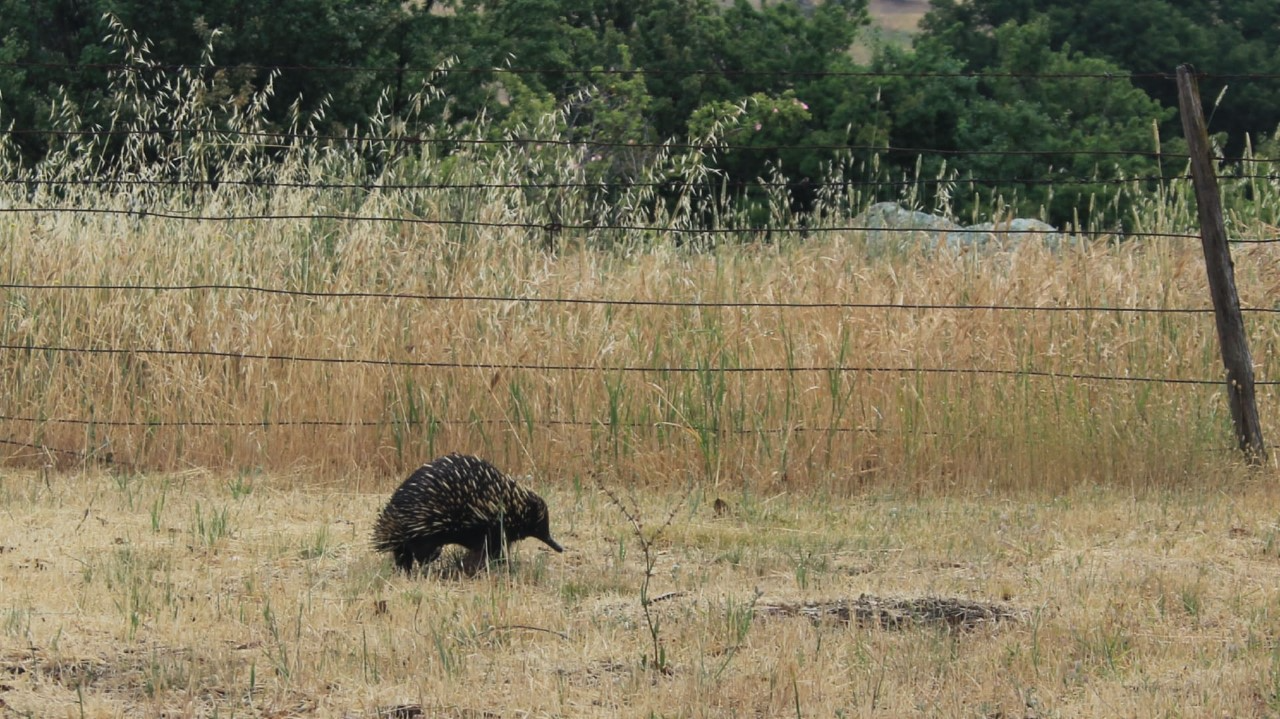 Eastern Long-necked Turtle, Chelodina longicollis. These are quite common in the farm dams and waterways around here.  Unfortunately, many fall victim to cars as they try to cross the roads – they just stop walking and retreat into their shell as a car approaches, with the inevitable result. 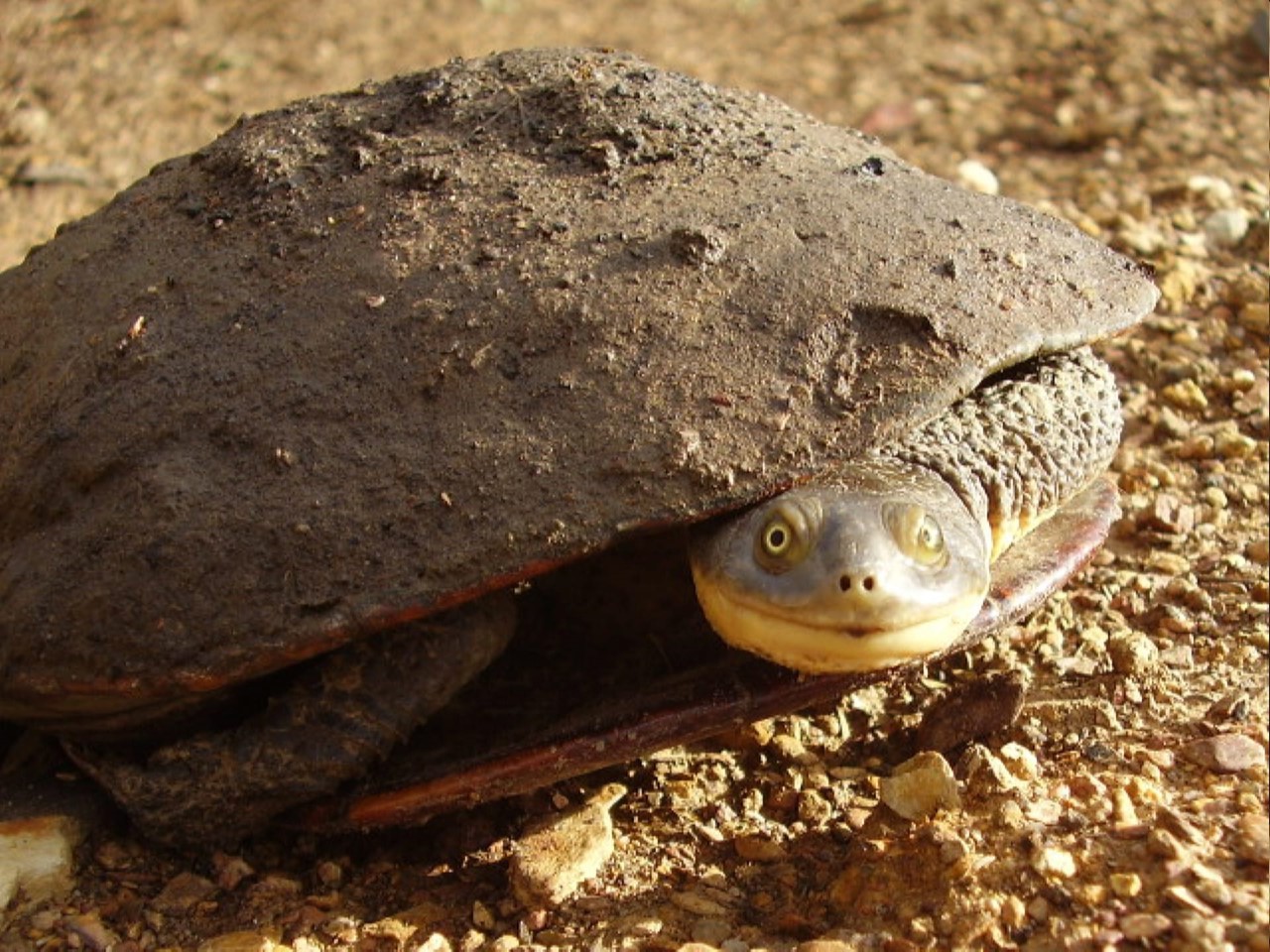 We quite often see snakes here.  The most venomous are the Brown snake, and the Red-bellied Black Snake, Pseudechis porphyriacus, pictured here. The Brown is reputed to have the third or fourth most potent venom of any snake, while the Red-belly comes in rather further down.  It is said that the red-belly will eat brown snakes, and so when they are around, brown snakes will not be a problem.  Just how truthful that is I can’t say, but the years when the red-belly was here we didn’t see a single brown. 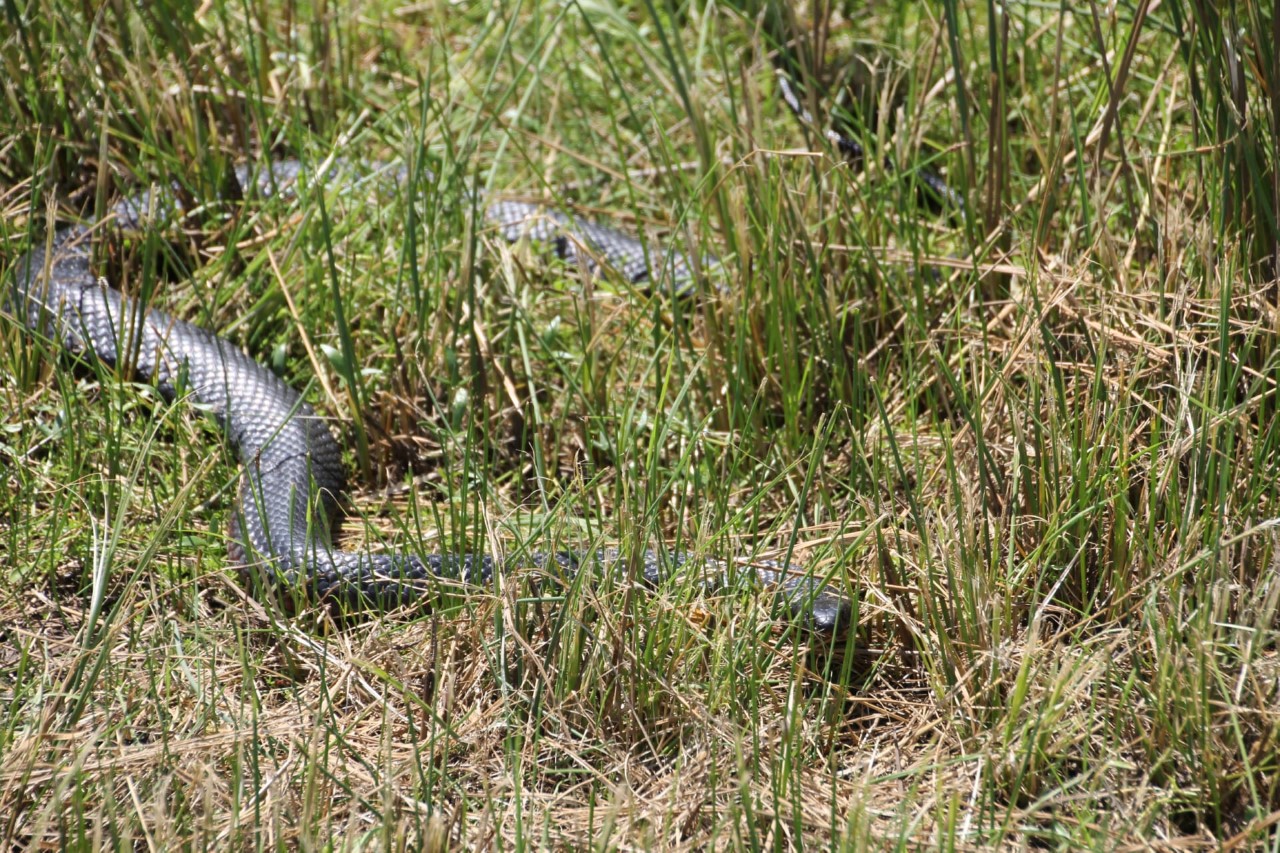 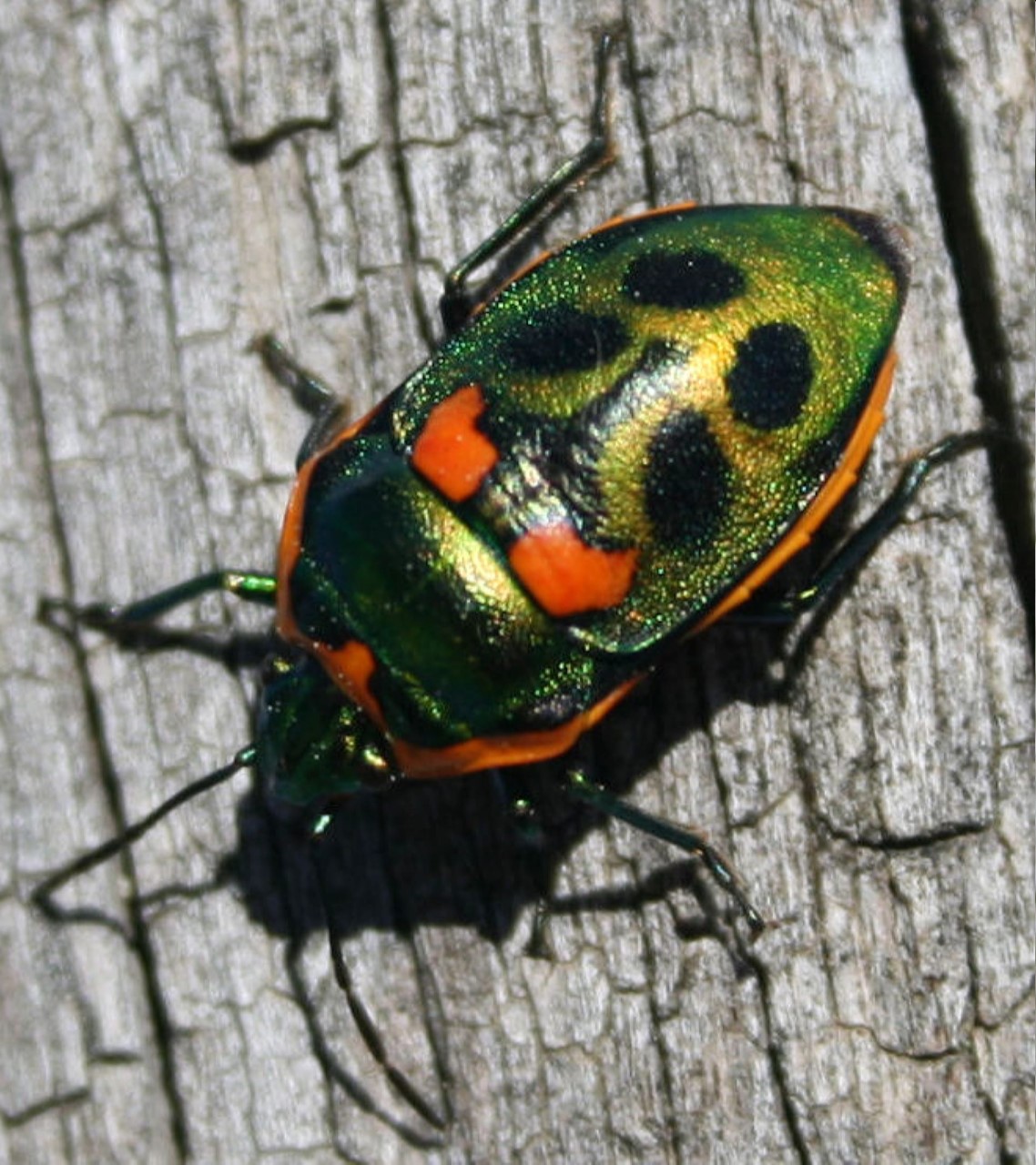 Welcome Swallows, Hirundo neoxena. The first photo is of a swallow nest and fledgeling in the roof of one of the sheds above where we parked our vehicles. So during the time when the young birds were still in the nest, we had to clean the car windows every time we wanted to drive out! 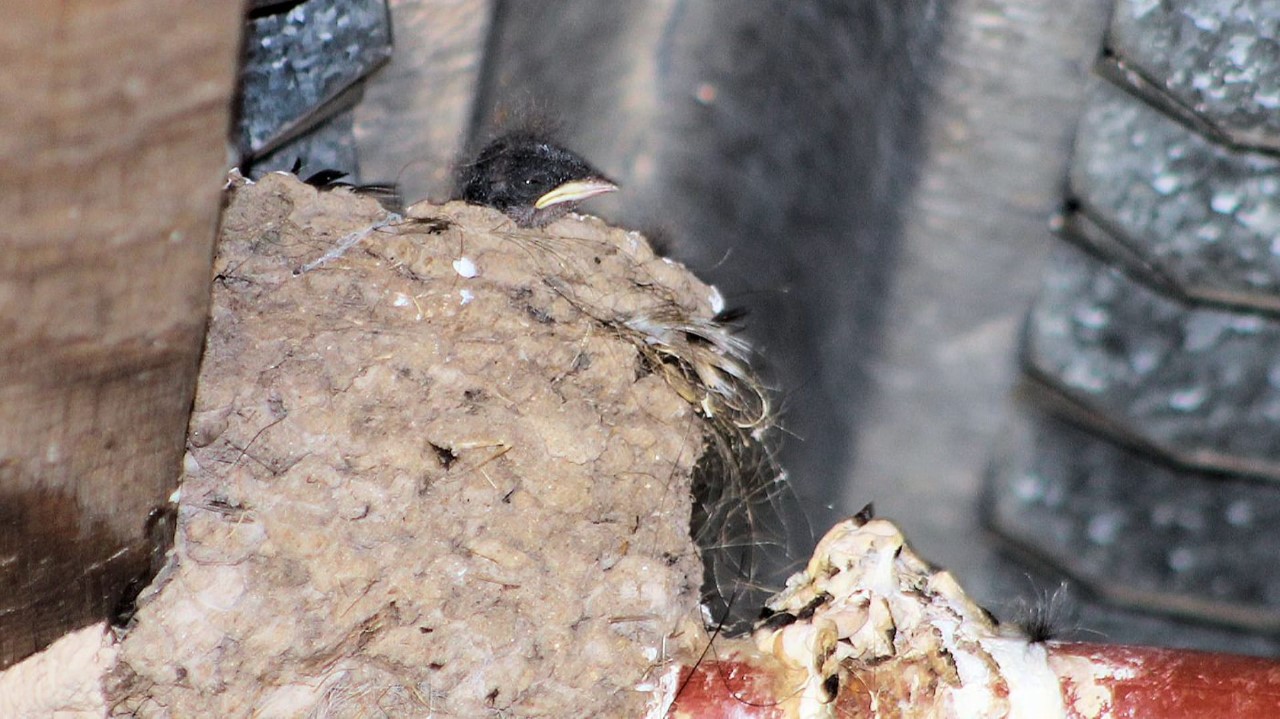 The second photo is of the swallows bathing in the dam below the house.  They would fly around, then almost hover for a moment, before dipping their breasts into the water. 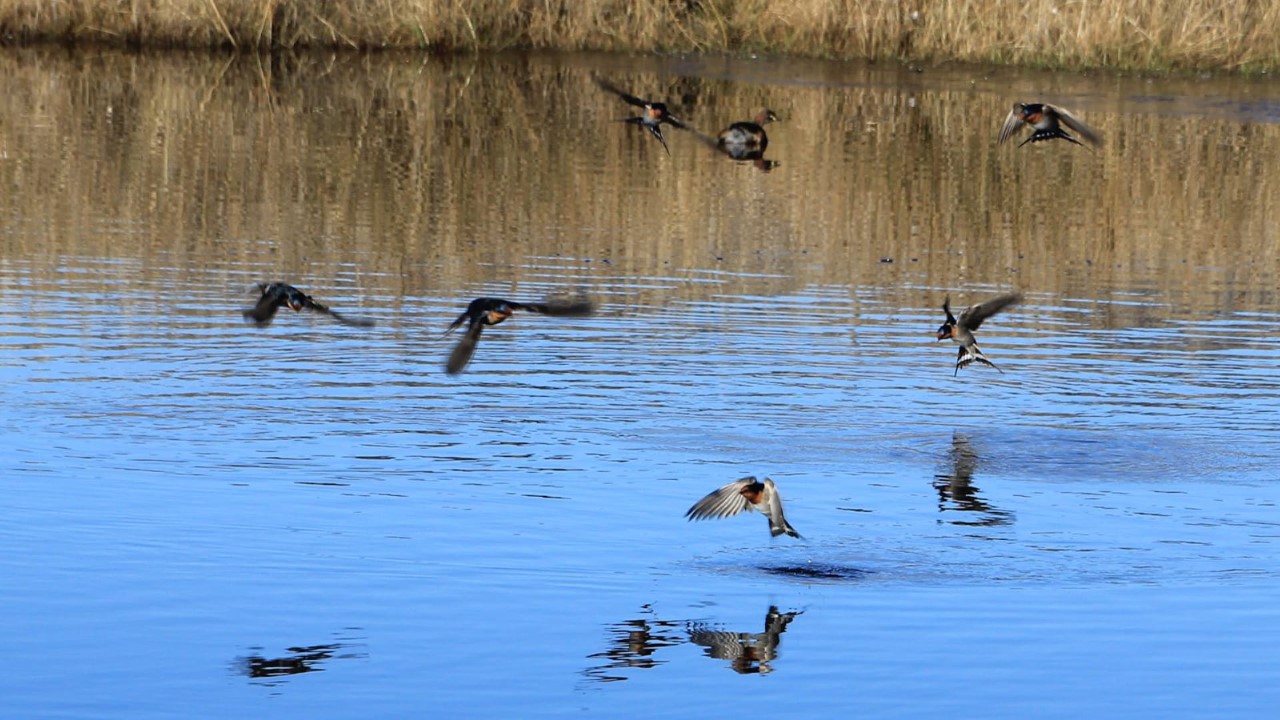 Two photos of Willie Wagtails (Rhipidura leucophrys). A very common bird, and here all year.  First we see a bird coming in to land on a fence post.  The second is one of a nest.  This is constructed from spider web, and this nest was particularly cozy as it was luxuriously lined with Alpaca fleece that the birds had been able to gather from bits left in the paddock after we had shorn our animals! 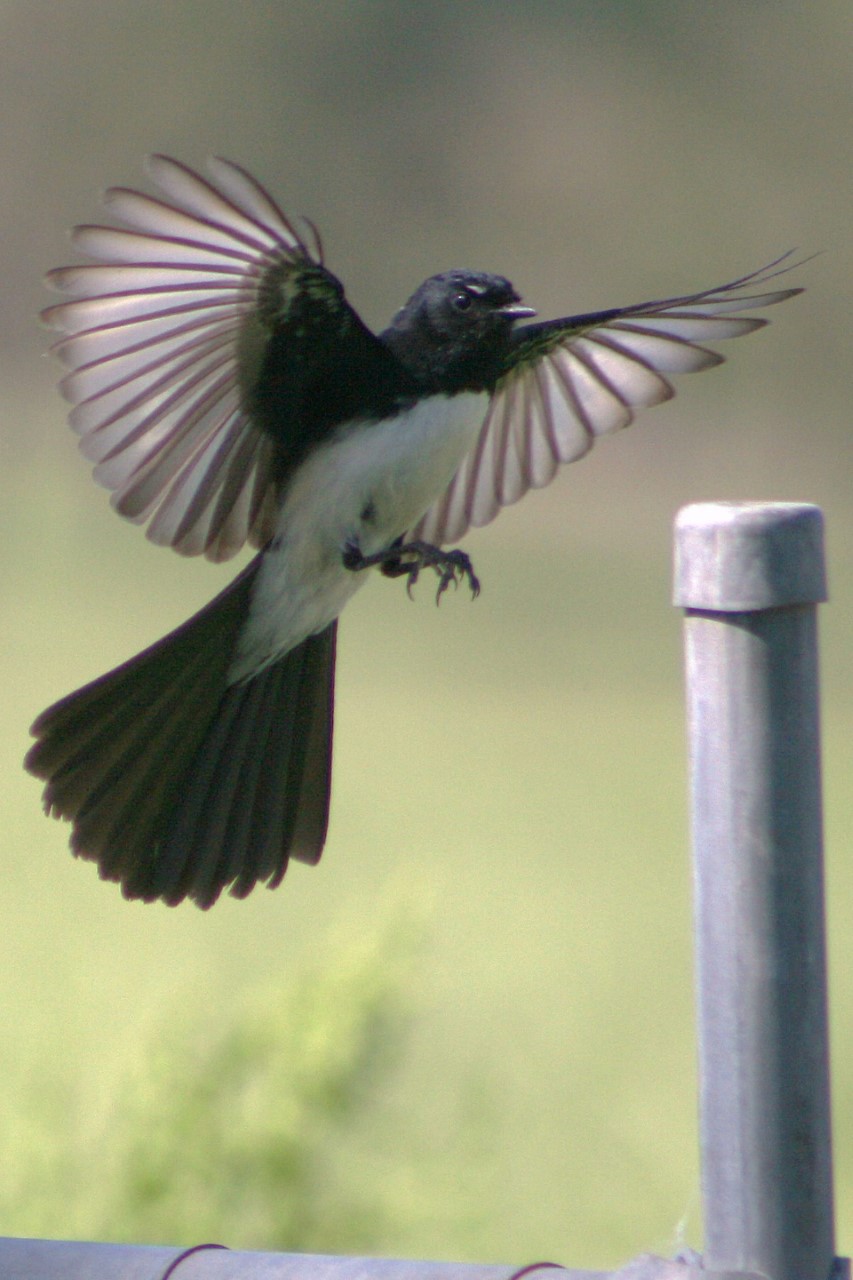 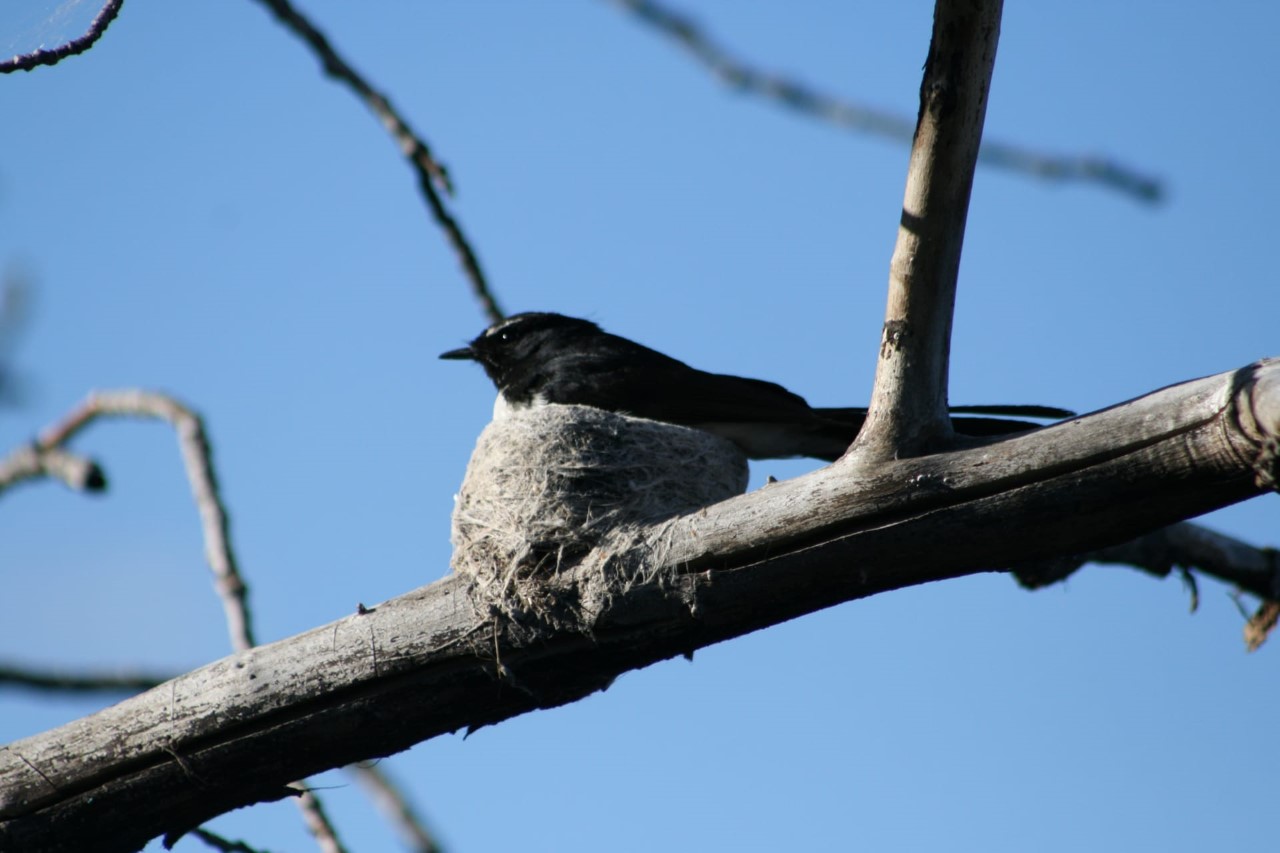