It’s also National Champagne Day, Universal Hour of Peace Day, and Unlucky Day, plus all the stuff below connected with New Year’s Eve:

Google has an animated Doodle for New Year’s Eve; click on it to see where it goes:

* Covid-19 is headlining all the news these days, so you probably know that today’s U.S. daily total of new virus cases, averaged over a week, is the highest yet: 265,427 cases a day on average, according to the Wall Street Journal. That’s a million new cases every 4 days or so.  However, hospitalizations are not rising nearly as fast:

This is probably because a substantial number of infections are breakthrough infections, and because omicron seems increasingly less dangerous than the previously-prevalent Delta variant. The latter view is supported by South Africa just reporting that it’s passed its four surge of the virus, but with very few deaths.

“The speed with which the Omicron-driven fourth wave rose, peaked and then declined has been staggering,” said Fareed Abdullah of the South African Medical Research Council. “Peak in four weeks and precipitous decline in another two. This Omicron wave is over in the city of Tshwane. It was a flash flood more than a wave.” The rise in deaths over the period was small, and in the last week, officials said, “marginal.”

Some scientists were quick to forecast the same pattern elsewhere.

“We’ll be in for a tough January, as cases will keep going up and peak, and then fall fast,” said Ali Mokdad, a University of Washington epidemiologist who is a former Centers for Disease Control and Prevention scientist. While cases will still overwhelm hospitals, he said, he expects that the proportion of hospitalized cases will be lower than in earlier waves.

And some good news: the J&J booster seems to provide “strong protection against the Omicron variant.” Will this be the fourth shot we’lll get?

*This was on the NBC Evening News last night, and now is in the Guardian. At a Florida zoo, cops had to kill a tiger that had grabbed a man’s arm that, against all rules, he stuck into the tiger enclosure after hours. What a moron! And it was a rare subspecies of tiger, too:

Authorities in the US have shot and killed a critically endangered tiger after it bit the arm of a man who entered an unauthorized area of the tiger’s enclosure in a Florida zoo.

The man, who is in his 20s and worked for an external cleaning service at the Naples zoo in Florida, suffered serious injuries after an eight-year old Malayan tiger named Eko bit him, authorities said on Wednesday.

“Preliminary information indicates that the man was either petting or feeding the animal, both of which are unauthorized and dangerous activities,” the Collier county sheriff’s office said in a Facebook post.

It added that the third-party cleaning service which the man worked for is only responsible for cleaning restrooms and the gift shop, not the animal enclosures.

“Initial reports indicate that the tiger grabbed the man’s arm and pulled it into the enclosure after the man traversed an initial fence barrier and put his arm through the fencing of the tiger enclosure,” the statement said.

The animal, named Eko, was a Malayan tiger, a critically endangered subspecies of Panthera tigris that is native to the Malaysian peninsula. Only 80-120 mature individuals are estimated to survive in the wild.  When I think about the cops killing this animal because it had hold of the man’s arm, I wonder if it was necessary to kill the animal to make it let go. Would a shot fired in the air scare it away? Or a shot in the leg? Is death always to be the fate of such animals when weighed against the loss of part of arm? I hope the man is arrested and fined (or his company fined) a substantial amount of money.

An Oklahoma state senator has introduced a bill that would require public-school librarians to remove any book within 30 days of a single parent requesting that the book be removed. The bill requires that any librarian who fails to do so be fired and be banned for two years from employment with the state’s public school system. It further provides that the parent could collect $10,000 per day from the school system if the book is not removed as requested.

This seems unconstitutional to me, and Ken’s link says that the parents are targeting LGBTQ+ books. To give any parent the right to get a book heaved out of the library is a violation of the First Amendment, it seems to me. And, in a short time, most of the books will be removed, because, you know, every book will offend at least one parent.

*Re yesterday’s woeful op-ed in Scientific American calling E. O. Wilson (and others, notably Gregor Mendel) “racists”, the editors of the magazine should be rethinking that article after seeing these tweets:

The Editor of Scientific American thinks the hit piece on Wilson is “insightful”. Does she even know what “insight” means? Does she perhaps thinks it’s racist to talk about slavery in ants? Or to mention that some ants are black? The article makes no more sense than this.

*I urged Jean, one of the members of Team Duck, visit the “Make Way for Ducklings” monument on the Boston Common; she did and look what she found: ducks and ducklings in winter wear! Yarn-bombed! (Photos by Jean): 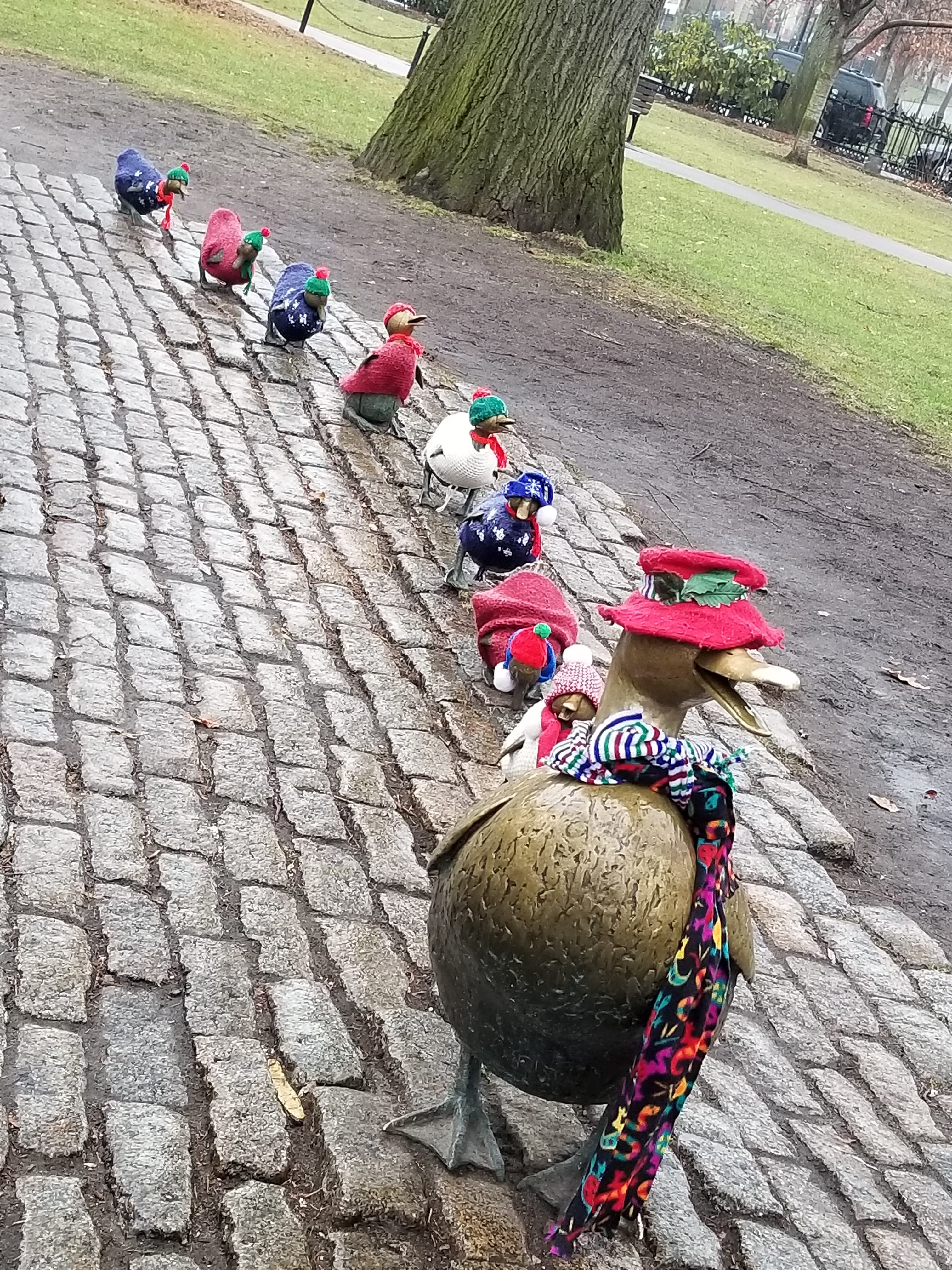 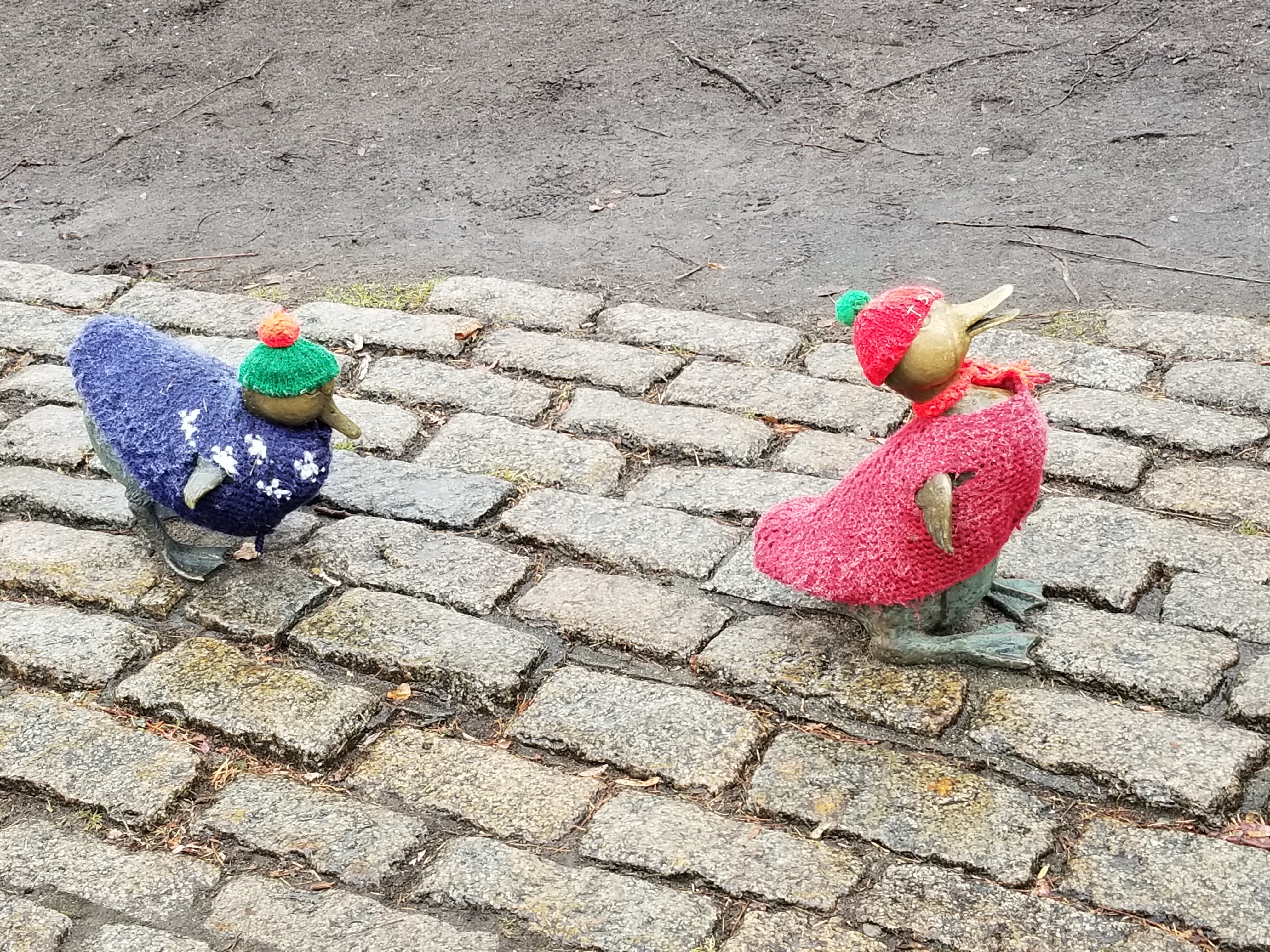 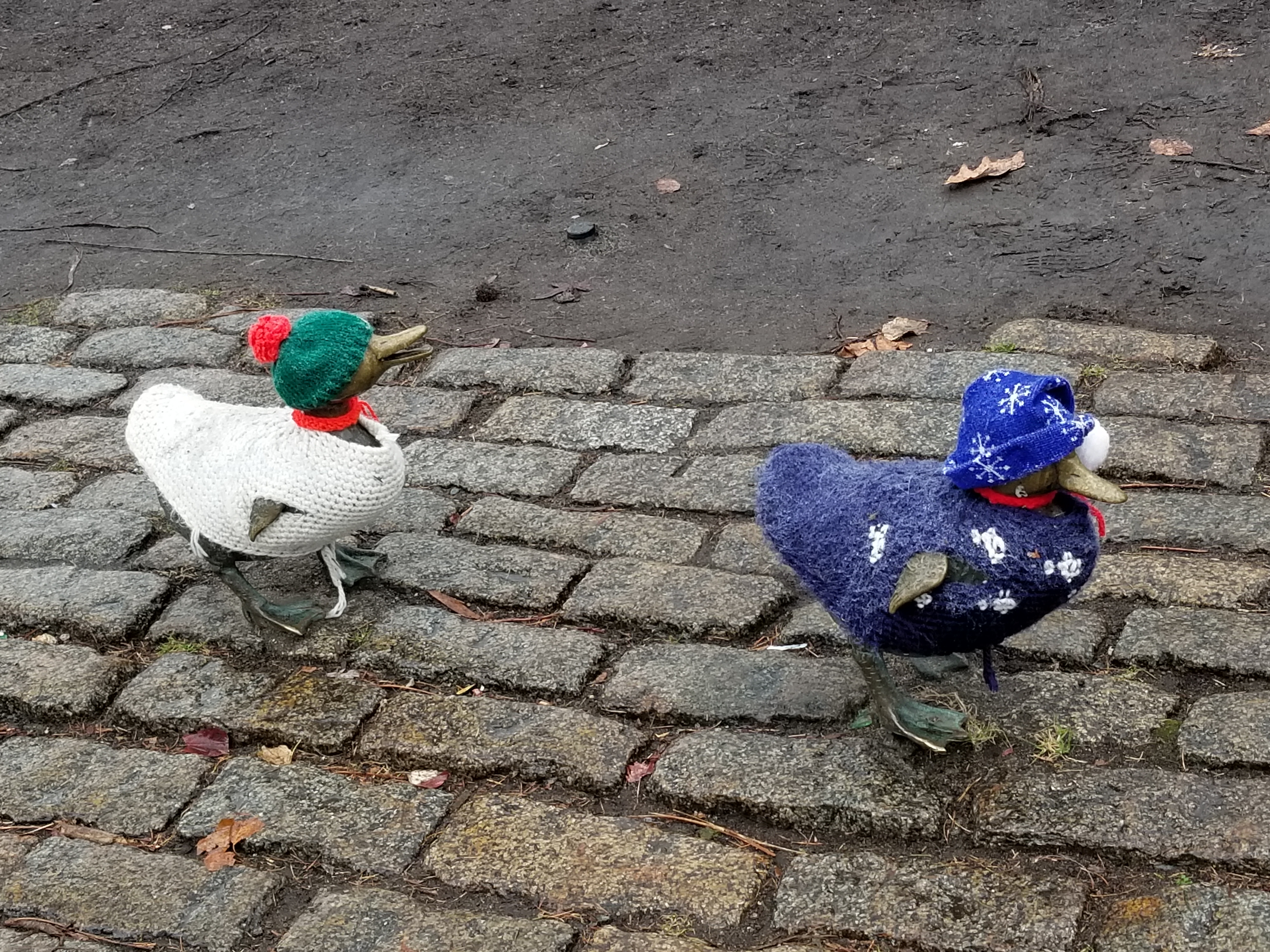 Stuff that happened on December 31 includes:

How did they do it? The Rhine was frozen over: 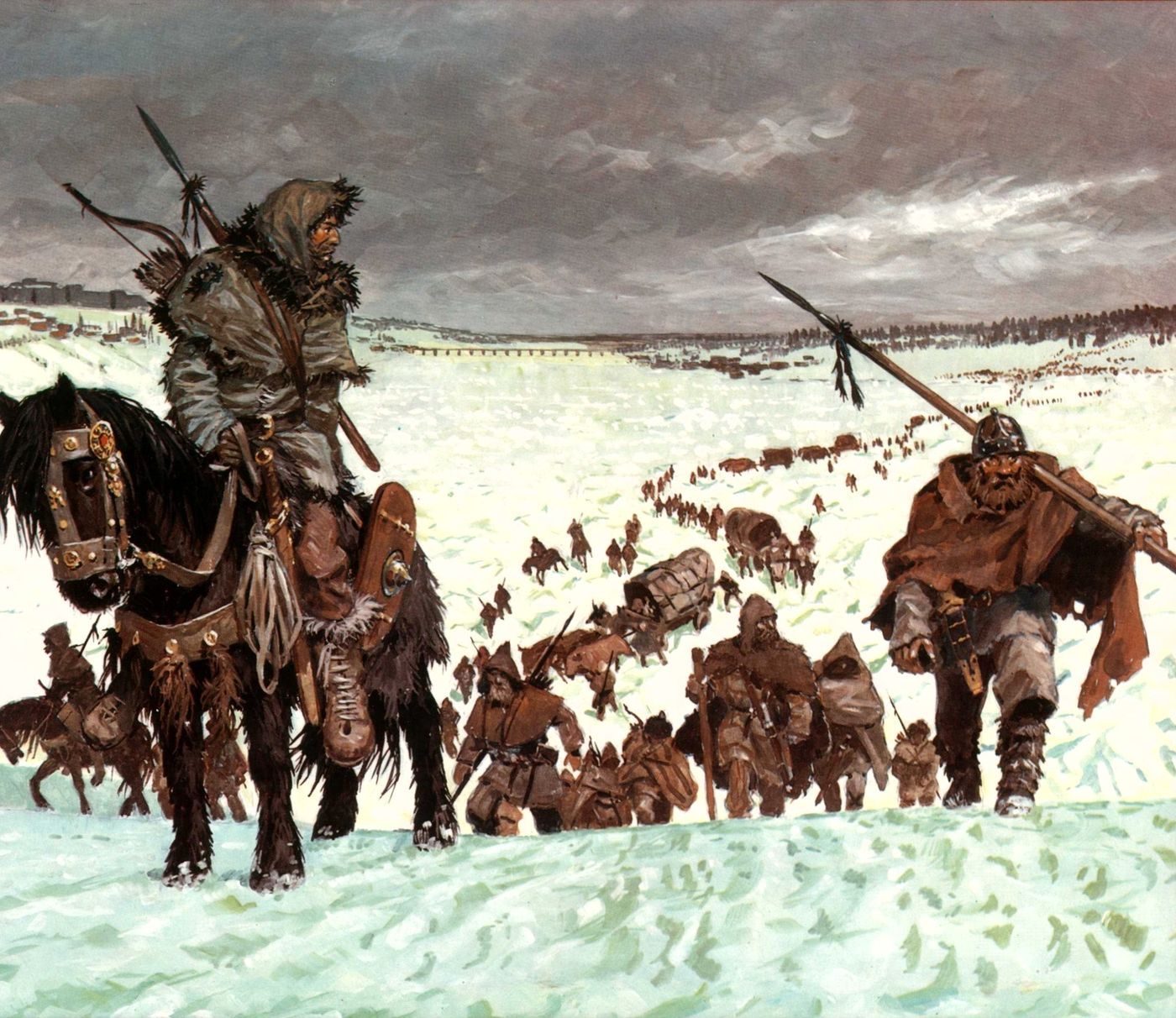 Here’s a depiction of that great event: 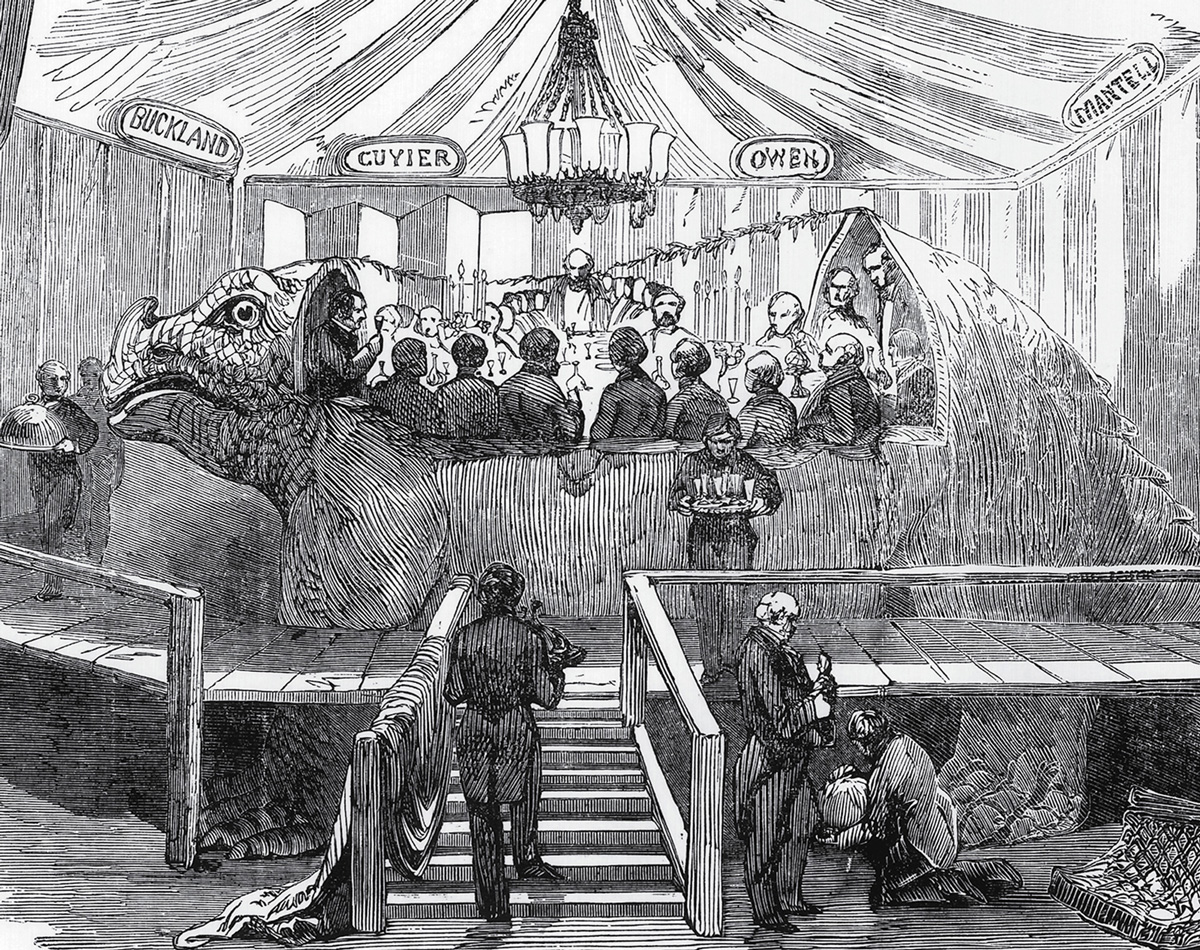 Here’s Owen. He was a good paleontologist (and coined the word “Dinosauria”), but he never signed on to Darwin’s theory of evolution.  He looks mean, too: 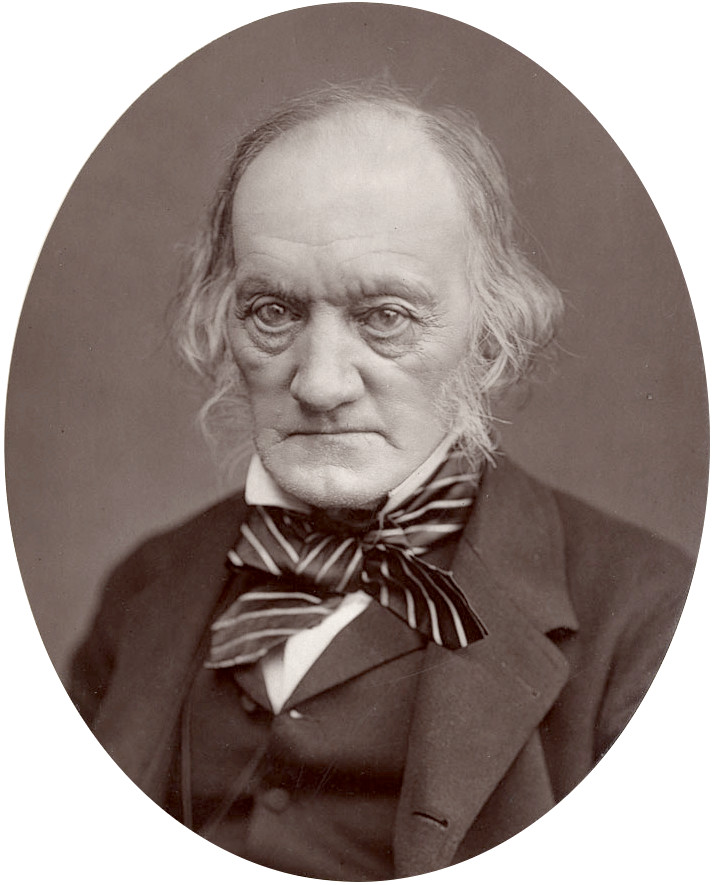 He soon made three-wheeled vehicles with that engine, which is shown below: 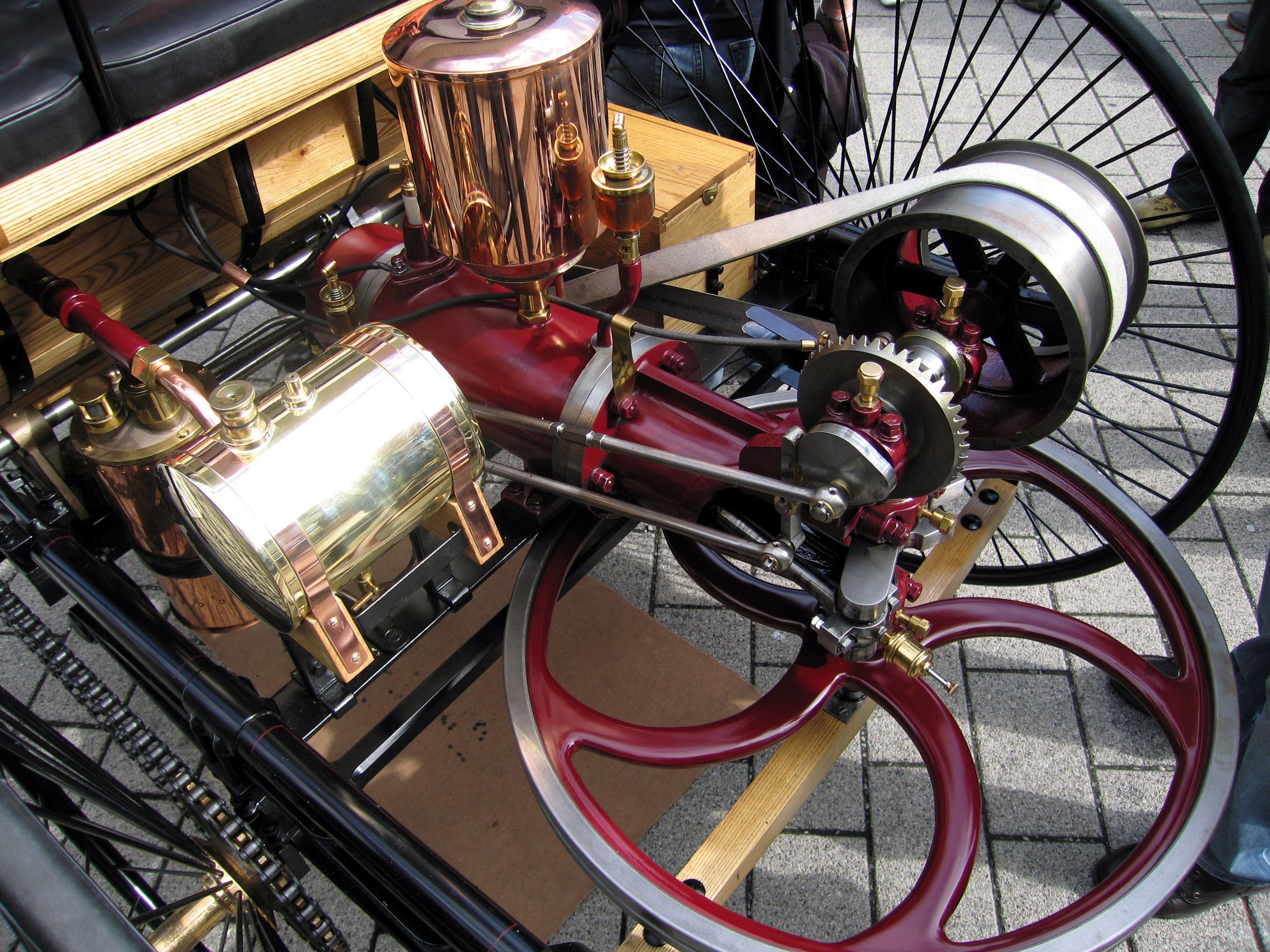 Here’s a video of Edison talking about his light bulb. I had no idea he’d been filmed—with sound!

Here’s roughly where the canal runs (I haven’t figure out how to draw wiggly lines on a jpg), shown on a satellite image 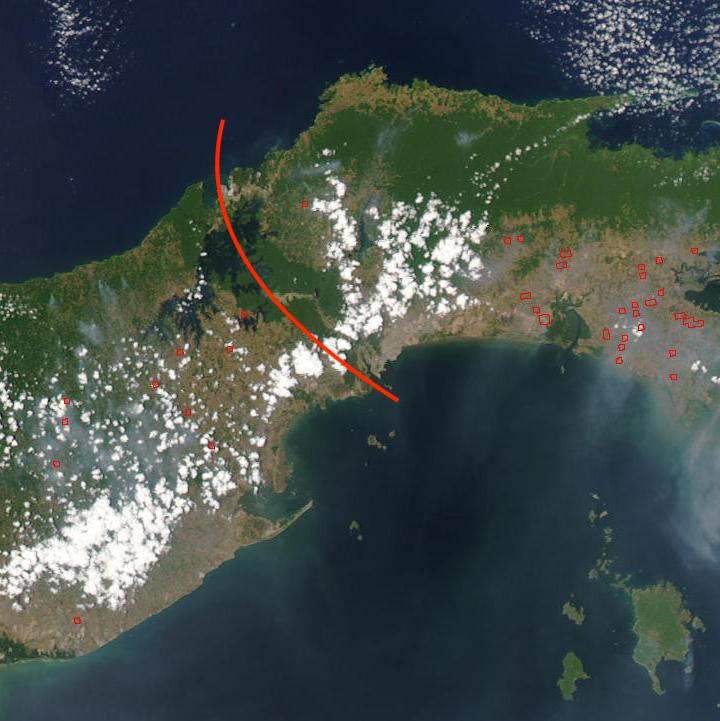 Remember when we all worried that our computers would go bonkers because they couldn’t handle the date?

Matisse loved kitties and often painted them. Here he is with a moggy and his “Girl on Red Couch With Cat” (1938): 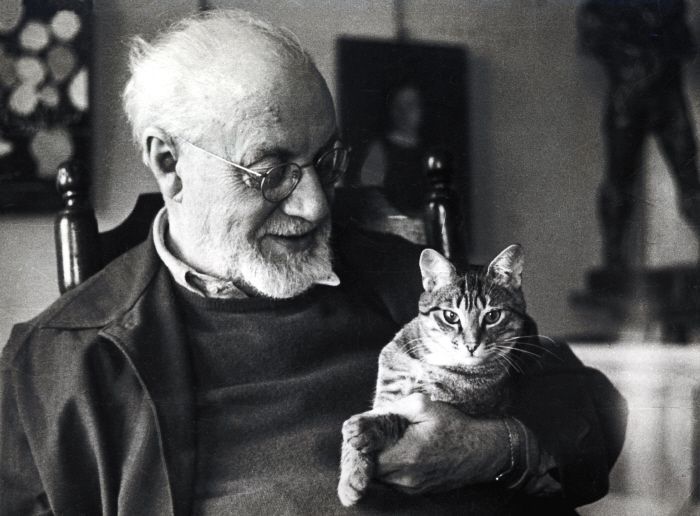 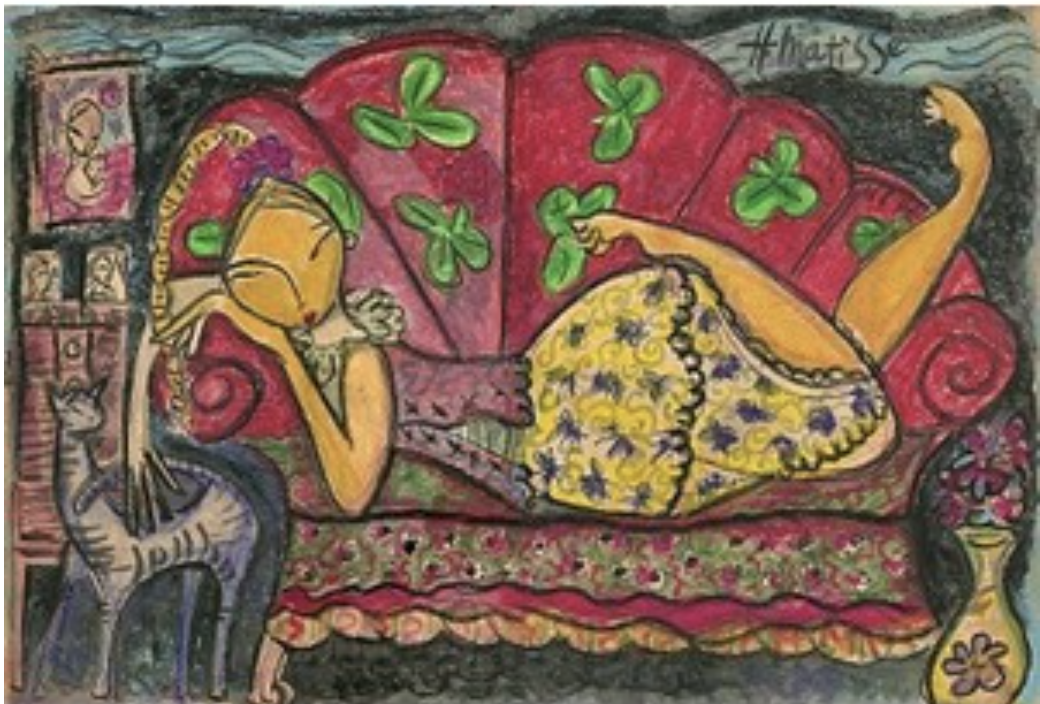 Here’s a scene from one of my favorite movies, “The Remains of the Day,” in which Hopkins, a butler, discusse with the housekeeper (Emma Thompson) s a “racy book” that she found in his room. They fancy each other, but nothing ever happens. That, in fact, is one of the points of the movie. Two great actors!

Sarah Miles became famous from the 1970 movie, “Ryan’s Daughter”, for which she was nominated for an Oscar (she didn’t win). Here she is being shamed by the townspeople after it was revealed that she’d had an affair with a soldier.

Those whose eyes closed forever on December 31 include:

Here’s Clemente’s home run in the seventh game of the 1971 World Series, in which his Pirates won 2-0 over the Orioles. He was a very great player, and a generous one: he died at only 36 when a plane he’d chartered to bring relief supplies to earthquake stricken Nicaragua crashed.  I saw this homer live on television.

Meanwhile in Dobrzyn, soon it will be New Year’s Eve, and the cats get scared by the firecrackers and fireworks. Hili seeks consolation in Andrzej’s lap:

Hili: Will there be fireworks today?
A: Unfortunately, yes.
Hili: So I will wait them out here. 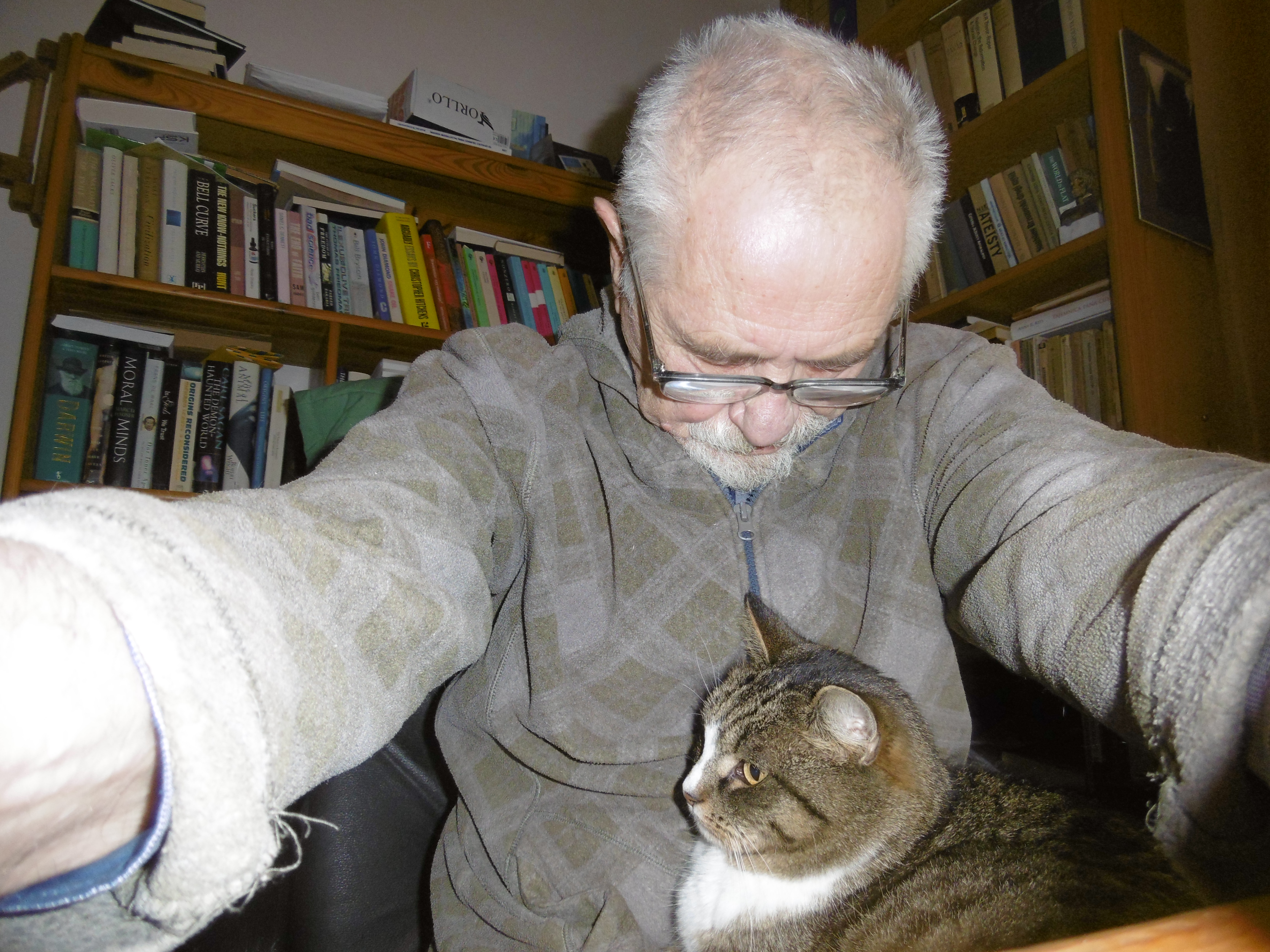 And Here’s is a picture of baby Kulka taken by Paulina but with Andrzej’s text. Kulka’s worried too!

“Two days ago Paulina documented the fact that there was snow. Today it’s no longer there and Kulka wishes for herself and others not too much noise.” 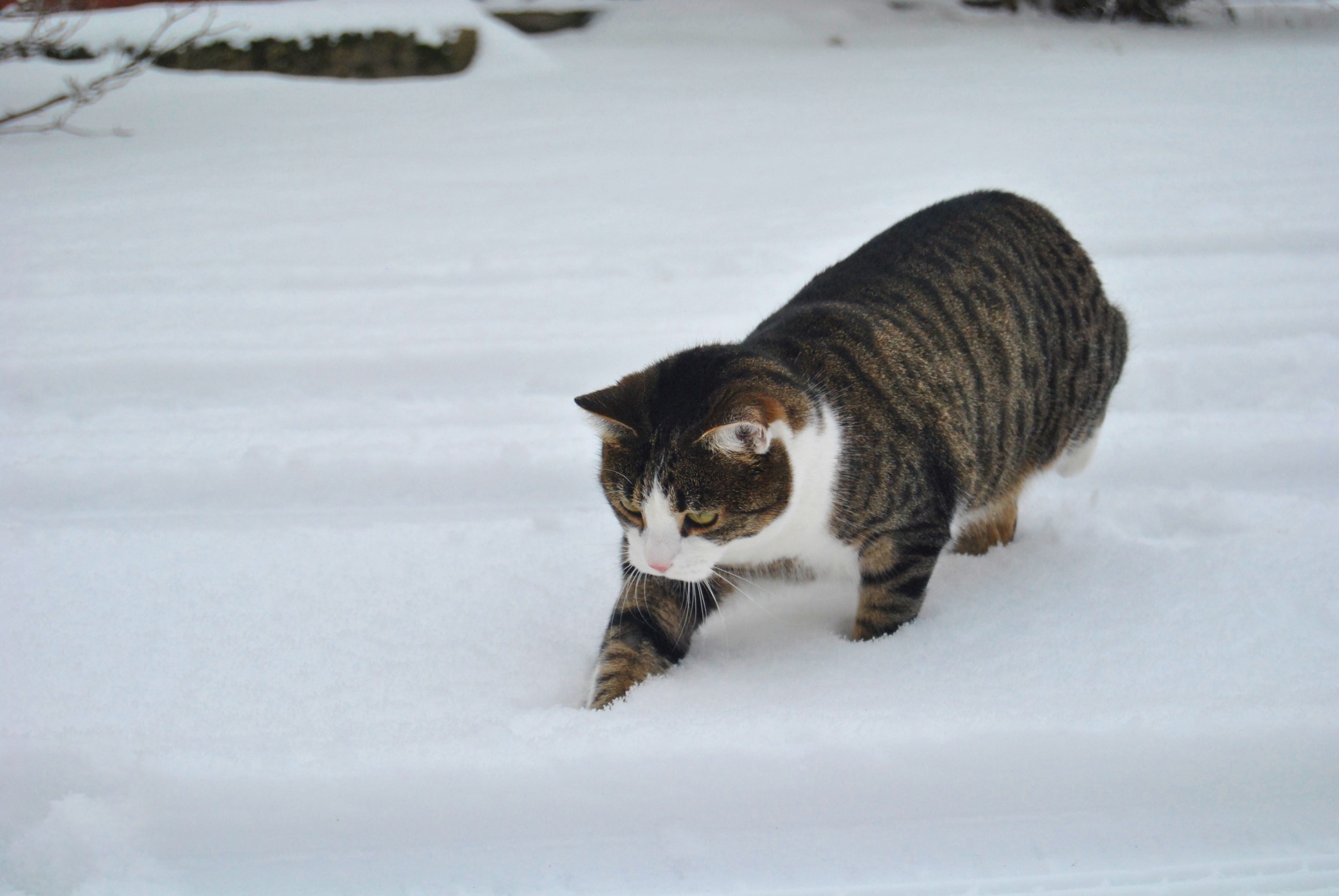 Elzbieta sent photos of Leon and Mitek with a caption:

Caption:   The cats send their regards. (In Polish:   Koty pozdrawiaja.)

From Bruce, a cat barista: 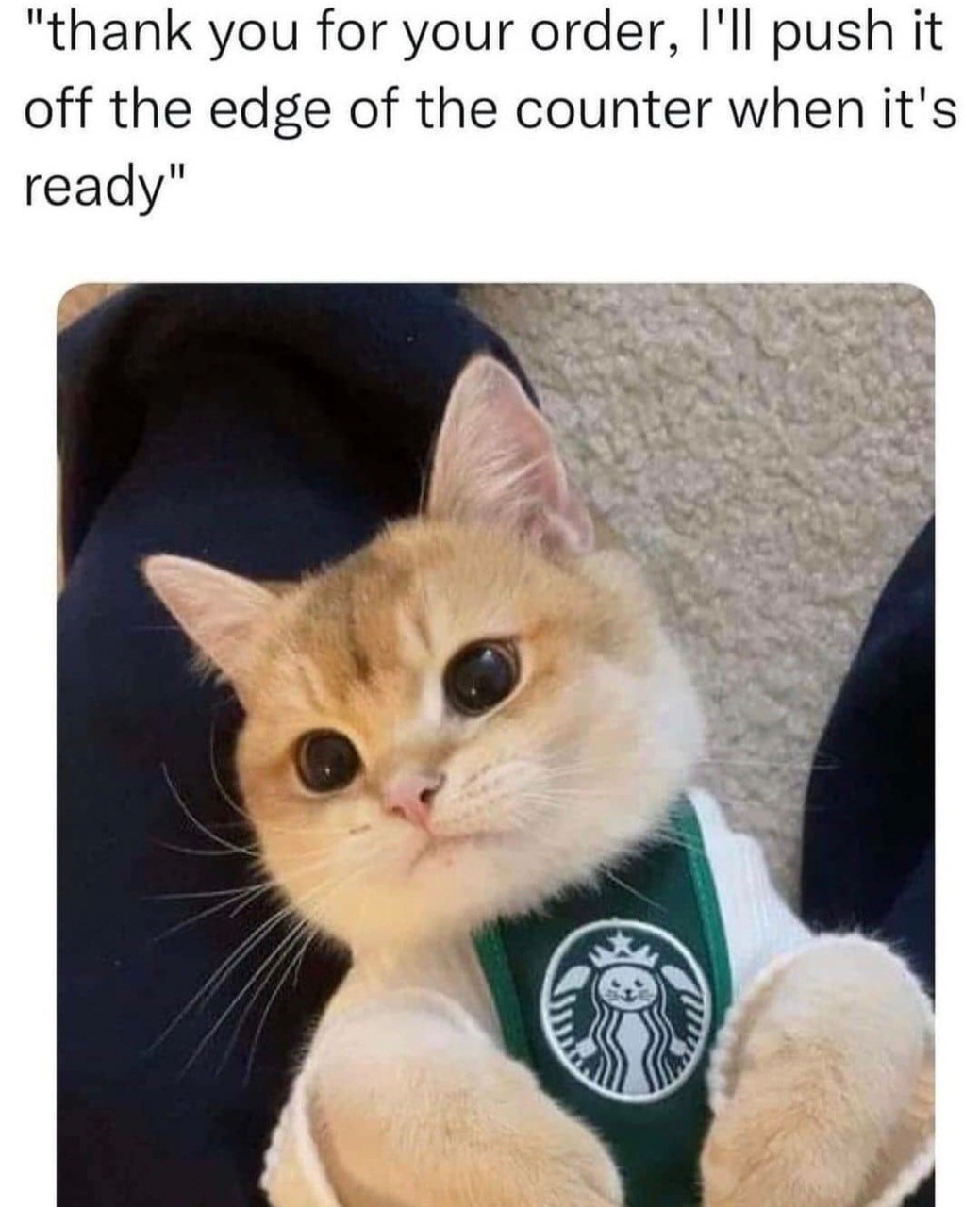 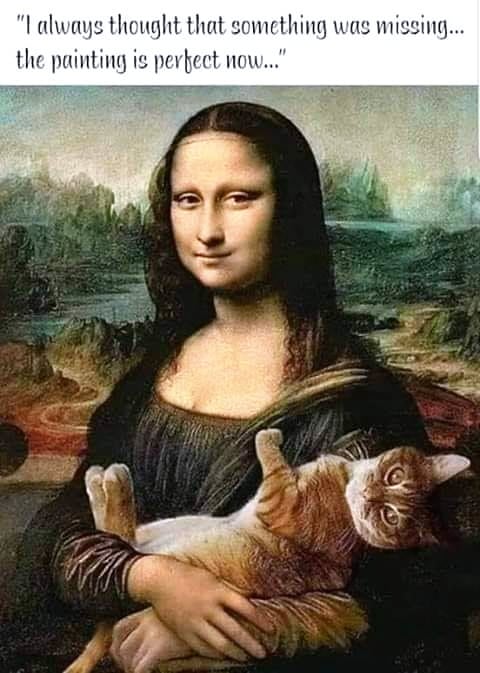 From Doc Bill. I love this contest! 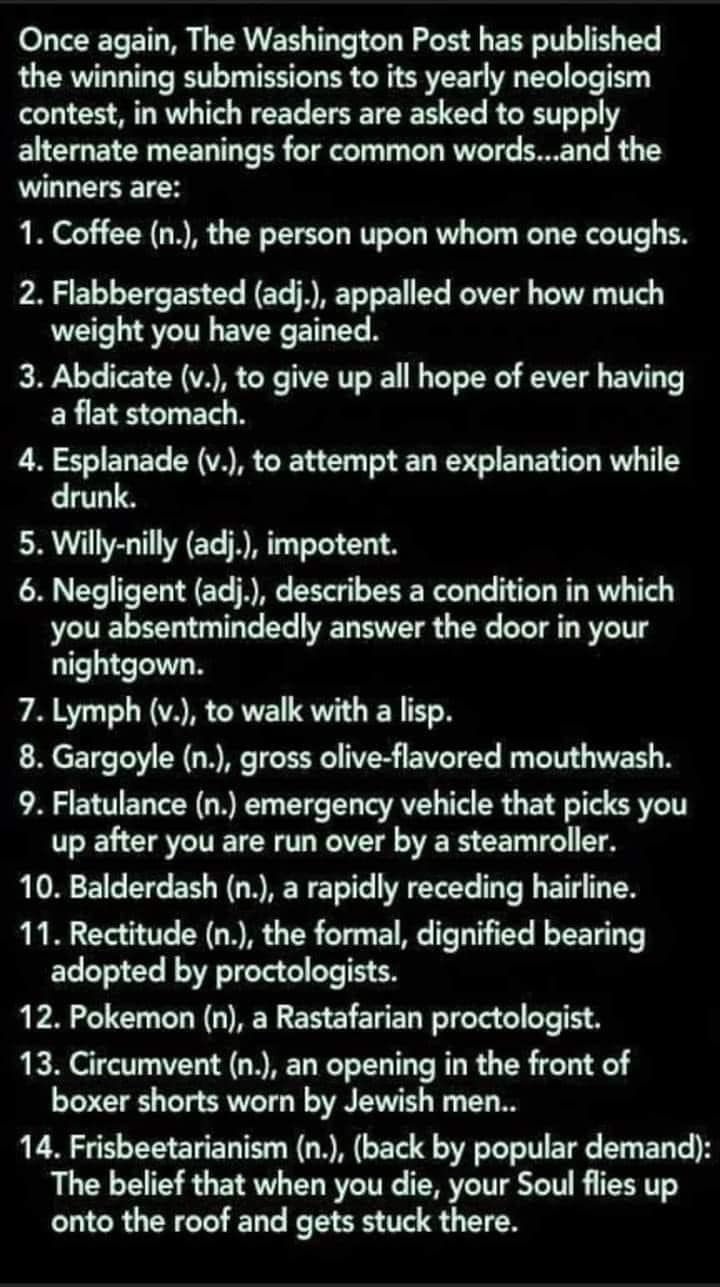 And I couldn’t resist linking to this video from FB. Click on the link in the last sentence, and put the sound up!

On to the tweets. Here’s one from God Himself:

From Simon: Videos of an amazing case of mimicry and how it works:

In the Zagros mountains of Iran, perfectly blended into the gypsum and limestone rocks is a snakes entire body

but the tip of its tail which resembles a spider, luring insectivorous birds within a striking range. This is the spider-tailed horned viper 1/
pic.twitter.com/VKZKLtckZI

And this is how it works https://t.co/Qyh0BDHjWY

From Frank, who added, “…at last!… Richard Dawkins is right on the money again!”

I disagree because Americans write the dates as December 31, 2021: Month, day, year.

Year/Month/Day makes sense because it narrows down from large time unit to small.

Day/Month/Year makes sense because it broadens out from small time unit to large.

The US convention, Month/Day/Year, makes no sense at all, is indefensible, and should be abandoned.

From Ginger K.:  Do look at the linked article, too.

Scientists have discovered at least 16 species of ultra-black fish, each equipped with specialised skin that allows them to evade detection while hunting or hiding in the dark. Their skin can absorb 99.95% of all photons [read more: https://t.co/AE04tQD88k] pic.twitter.com/aG1jSBPvcm

Tweets from Matthew. Is this mimicry?

This video of gamboling otters in the snow is a must-watch!

Otter delight of the day. pic.twitter.com/EIxzX8lCMl

This thread shows the cat interrupting six games! But the staff still loves him: