Please send in your photos. Tomorrow’s a holiday and you’ll probably be hung over, so it might be good to quietly put together a good batch of pictures. Thanks, and Happy New Year!

Let’s finish off 2021 by finishing off Athayde Tonhasca’s two-part series on a tour of Scotland. (Part 1 is here.) The captions are his, and you can click on the photos to enlarge them.

Hi Jerry. As the tank is draining, please consider a cultural/historical tour of Scotland.

Edinburgh Castle, which was besieged 23 times, captured by English invaders more than once and retaken by the Scots. It’s hard to comprehend how such a place could be conquered without treachery or starving the defenders. This photo was taken during the firing of the One o’clock Gun, which has happened daily since 1861. The shot fired by the original 18-pound gun would be heard for miles, allowing sailors to adjust and reset their chronometers. The One o’clock Gun was an alternative to the Calton Hill Royal Observatory’s time ball, which was dropped at 13:00 h daily but often could not be seen by the sailors because of the fog. But why 13:00 h? Astronomers were usually busy with observations at noon, so the following hour was a convenient option. 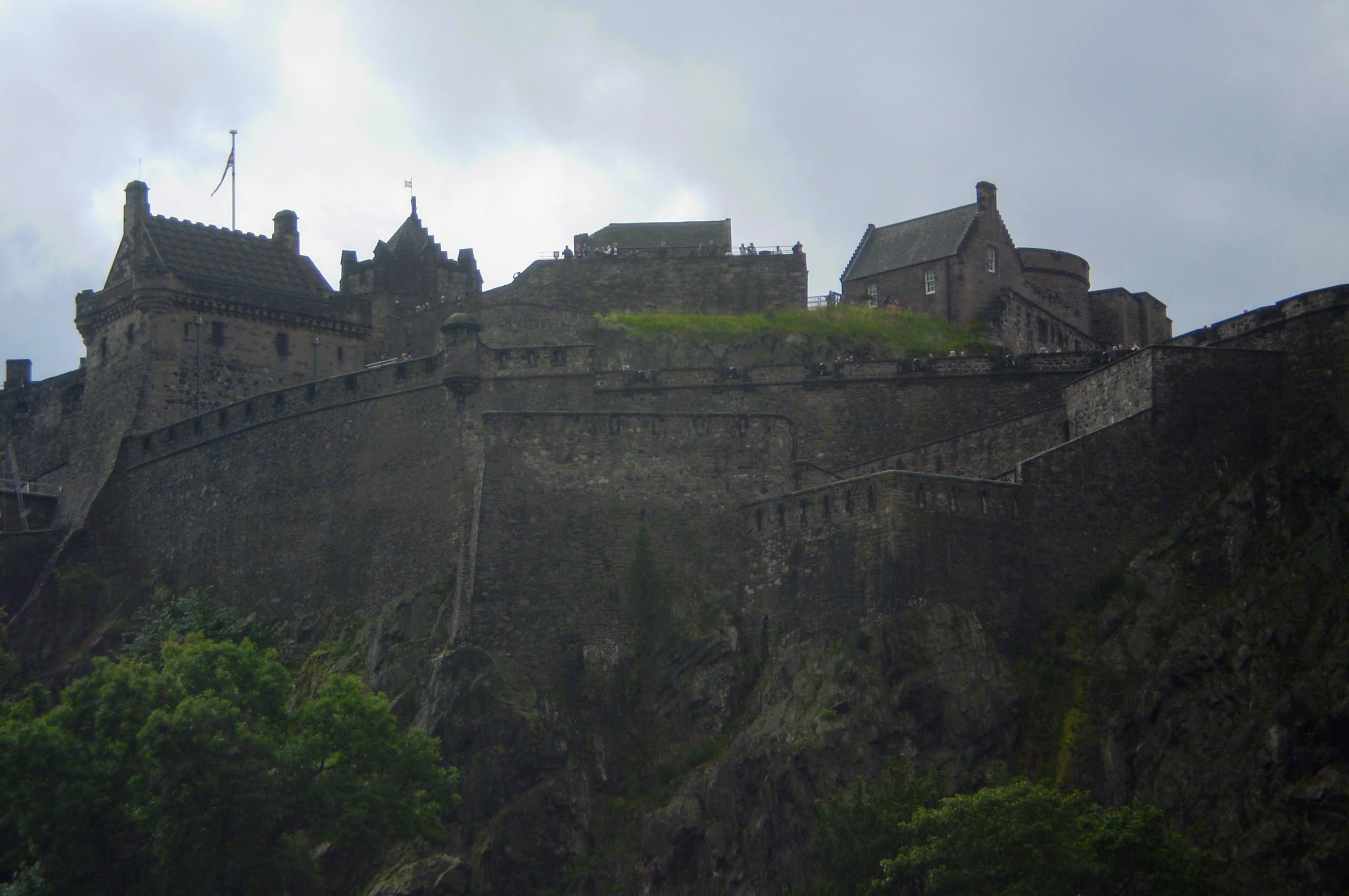 A view of Edinburgh with the port area of Leith in the background. Leith was Darwin’s playground. He came to Edinburgh at the age of 16 with his elder brother Erasmus to study medicine, but young Charles hated it. Instead of dedicating himself to his studies, he spent most of his time collecting specimens along the shores of the river Forth. In her monumental 2-volume biography (Charles Darwin: Voyaging,, and Charles Darwin: The Power of Place), Janet Browne discussed how important Leith was for Darwin’s scientific maturity. 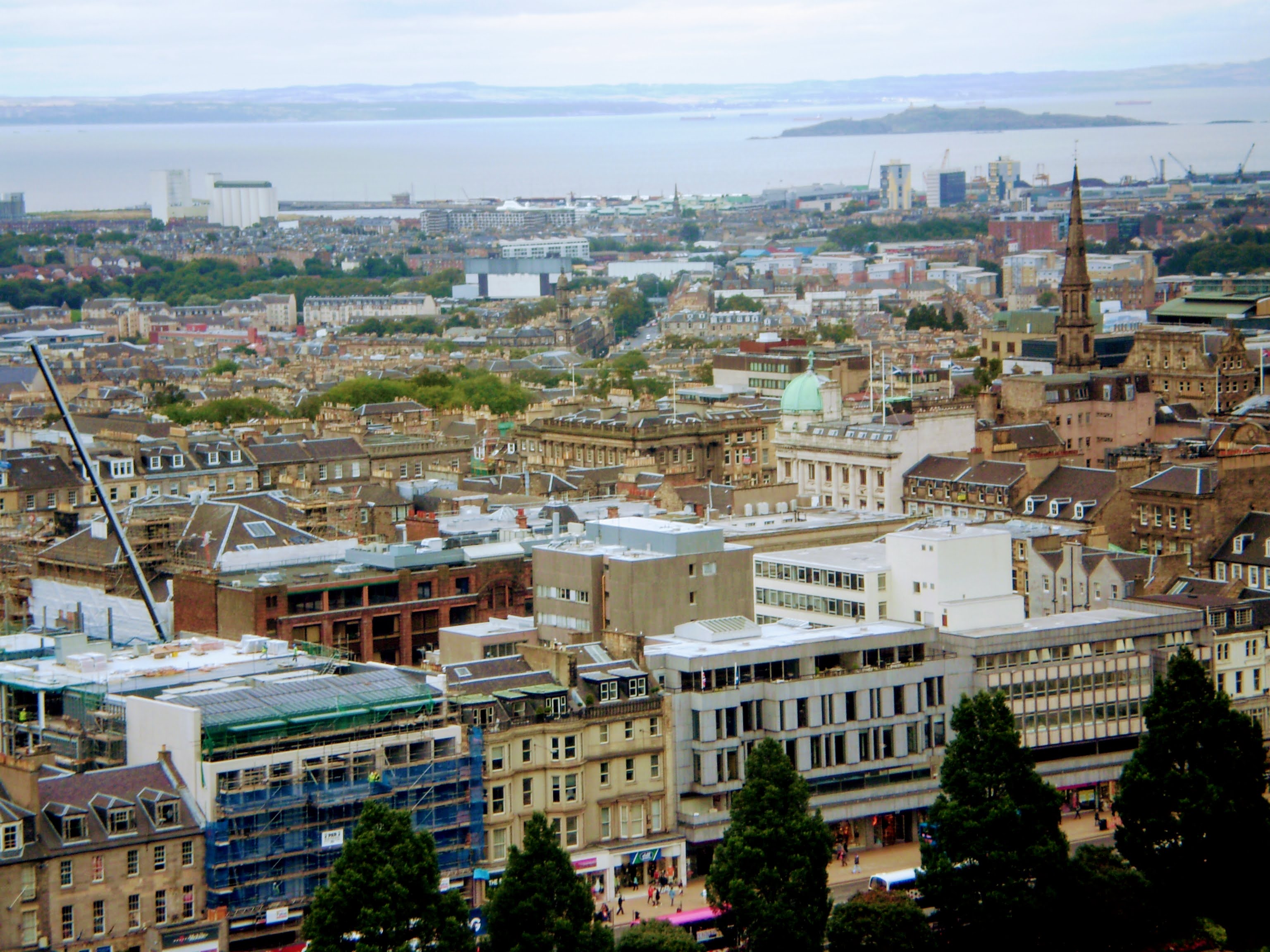 Statue of philosopher, historian, economist and Edinburgh’s native David Hume on the Royal Mile. In a development that would amuse, frustrate or perhaps enrage Hume, rubbing the big toe of his right foot is considered good juju: the act supposedly transfers wisdom and insights to the faithful (indeed, toe-rubbers could use a dose of wisdom). But neither Hume’s magic powers nor his position as one of the greatest figures of the Enlightenment cut the mustard with the Latter-day Puritans (aka Church of Woke) who came to dominate Scotland’s political and cultural scenes. They demand the statue’s removal because Hume’s views on race are not quite up to scratch with today’s standards. The craven administrators of the University of Edinburgh already caved in: they renamed Hume Tower “40 George Square”. 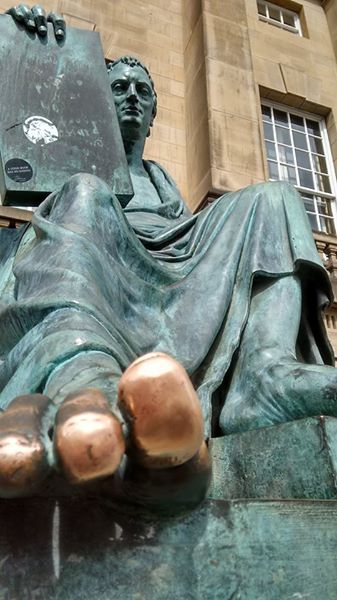 A barometer mounted on a 1790 tower in Stonehaven (near Aberdeen). The barometer, dated 1852, was of immense benefit to local fishermen. Barometers were enthusiastically promoted by Captain Robert FitzRoy, skipper of HMS Beagle during Charles Darwin’s famous voyage, and a pioneer of meteorology. Fitzroy is one the least celebrated great British scientists, and a lot of drivel has been written about him. He was a troubled soul (he killed himself, just like the previous captain of the Beagle), but Darwin may not have completed his voyage under a less skillful commander. John and Mary Gribbin co-wrote an authoritative biography of this great man. This Thing of Darkness, by the late Harry Thompson, is a captivating and historically accurate fictional narrative of Fitzroy’s life. 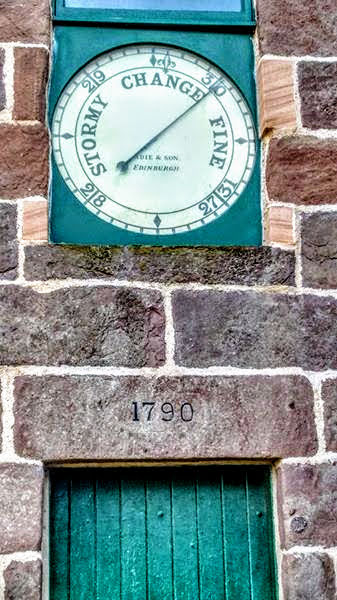 The River Tay and Birnam Wood of Macbeth fame: “Macbeth shall never vanquished be, until Great Birnam wood to high Dunsinane hill Shall come against him.” General Macbeth understood this prophecy to mean that he would not be overthrown unless the Birnam trees moved on their own to his castle in Dunsinane. So understandably, he felt smug about it. But Macbeth was caught with his pants down when his castle was attacked by an army camouflaged with tree branches cut from Birnam Wood. Shakespeare may have never been to Scotland, so today Macbeth would bring the Bard the charge of cultural appropriation. 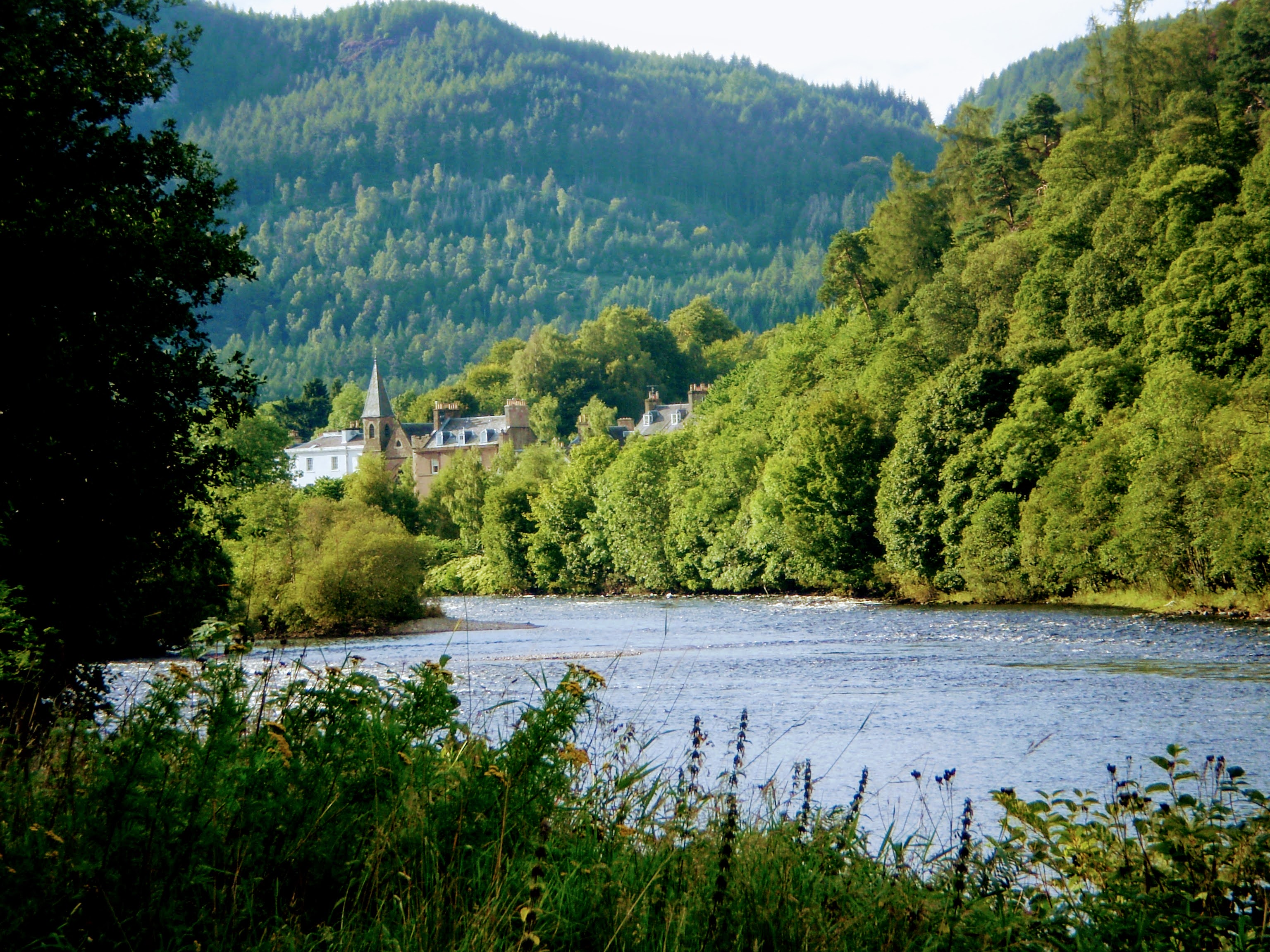 Caber tossing during the Highland Games held at Dunkeld, near the village of Birnam. ‘Caber’ is a tapered pole about 6-m long and weighing up to 68 kg. The athlete’s objective is to toss the caber head over heels, so that it falls on a straight line from him.Highland games are held all over Scotland during spring and summer, and they involve stone-throwing, straw-tossing, bagpipe playing, dancing, and other Braveheart activities. Canadians have a huge presence.’ 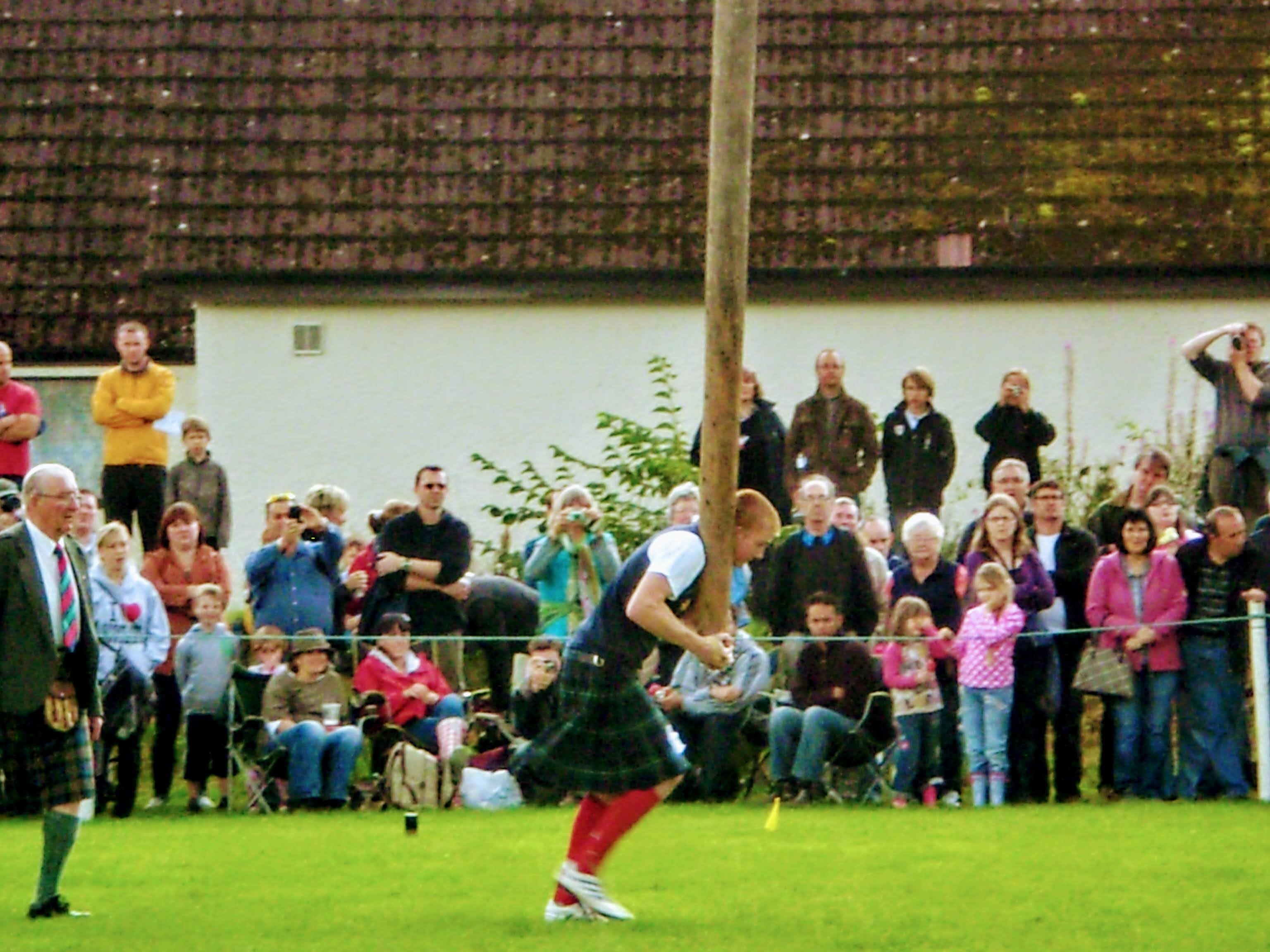 JAC: I put in a video of a caber-tossing contest so you can see how it looks: 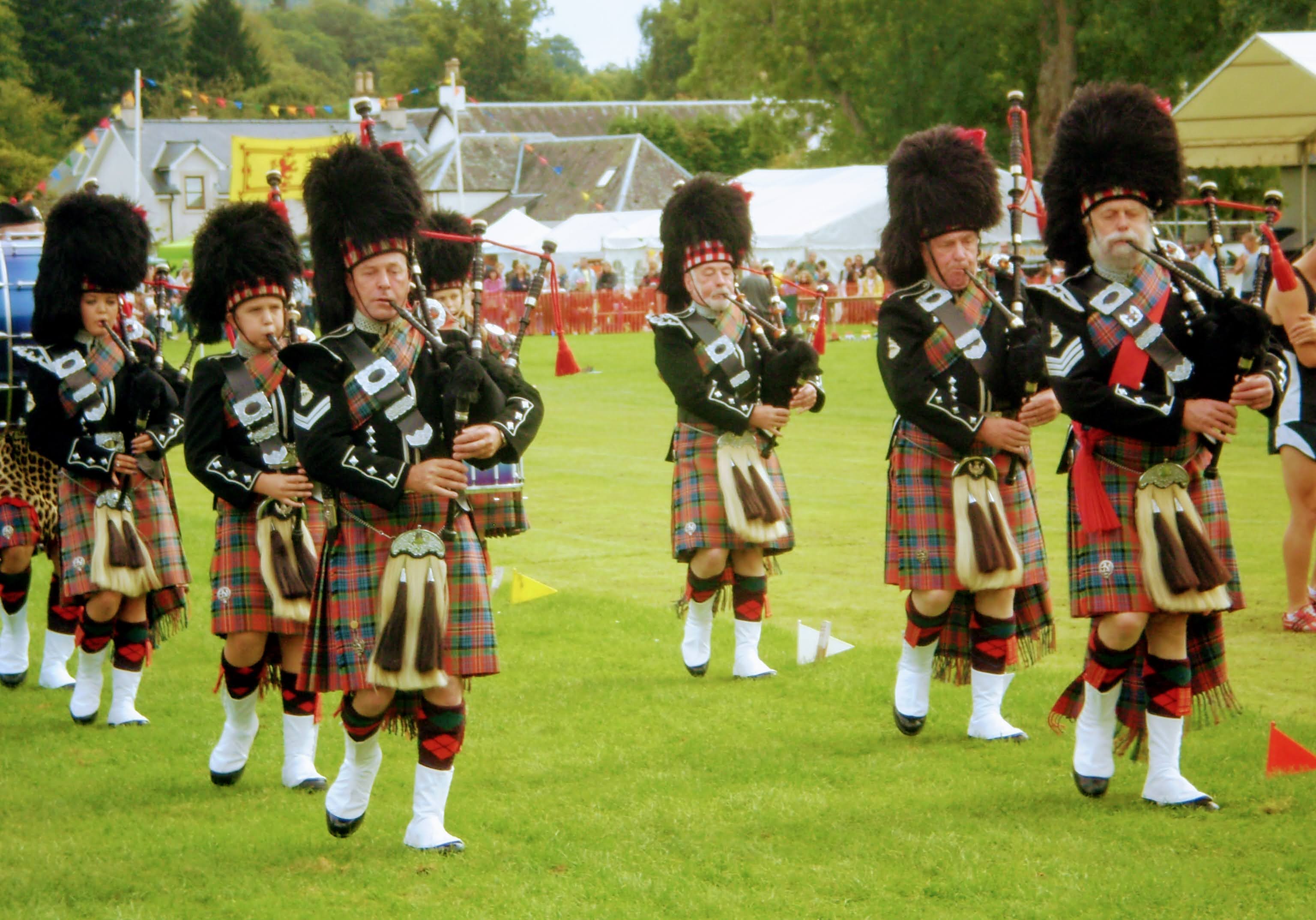 Scurdie Ness Lighthouse, located at the treacherous mouth of the River South Esk, near Montrose.The lighthouse was built by brothers David and Thomas Stevenson, who designed over 30 lighthouses around Scotland, including the spectacular Bell Rock lighthouse (worth checking it out). Their nephew, Robert Louis Stevenson, supposedly was inspired by his uncles’ lighthouses to write Treasure Island and Kidnapped. 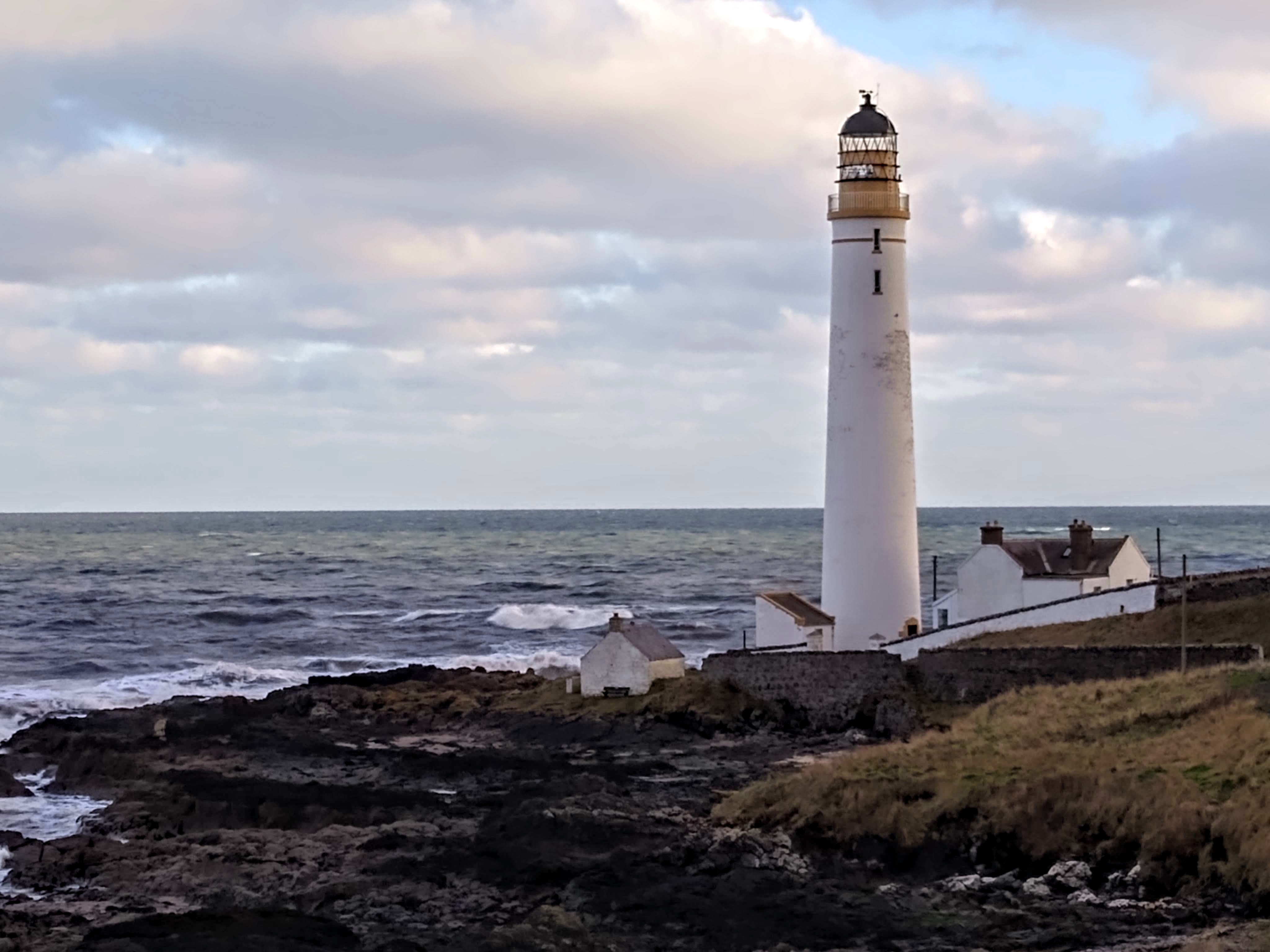 A vitral in Perth depicting Scots (kitted in red-on-yellow Rampant Lion vest and banner) and Englishmen (rallying around the yellow-on-red Three Lions banner) engaged in the long-standing tradition of mutual slaughtering. These sporting events came to an end with The Acts of Union of 1706, which created one of the world’s most enduring and successful political associations (Ireland came into the fold in 1801). The Union Jack echoes the unification by combining the English St George’s Cross, the Scottish Saint Andrew’s Cross, and the Irish Saint Patrick’s Cross. Wales is not represented because it was legally part of England since its annexation in 1282. 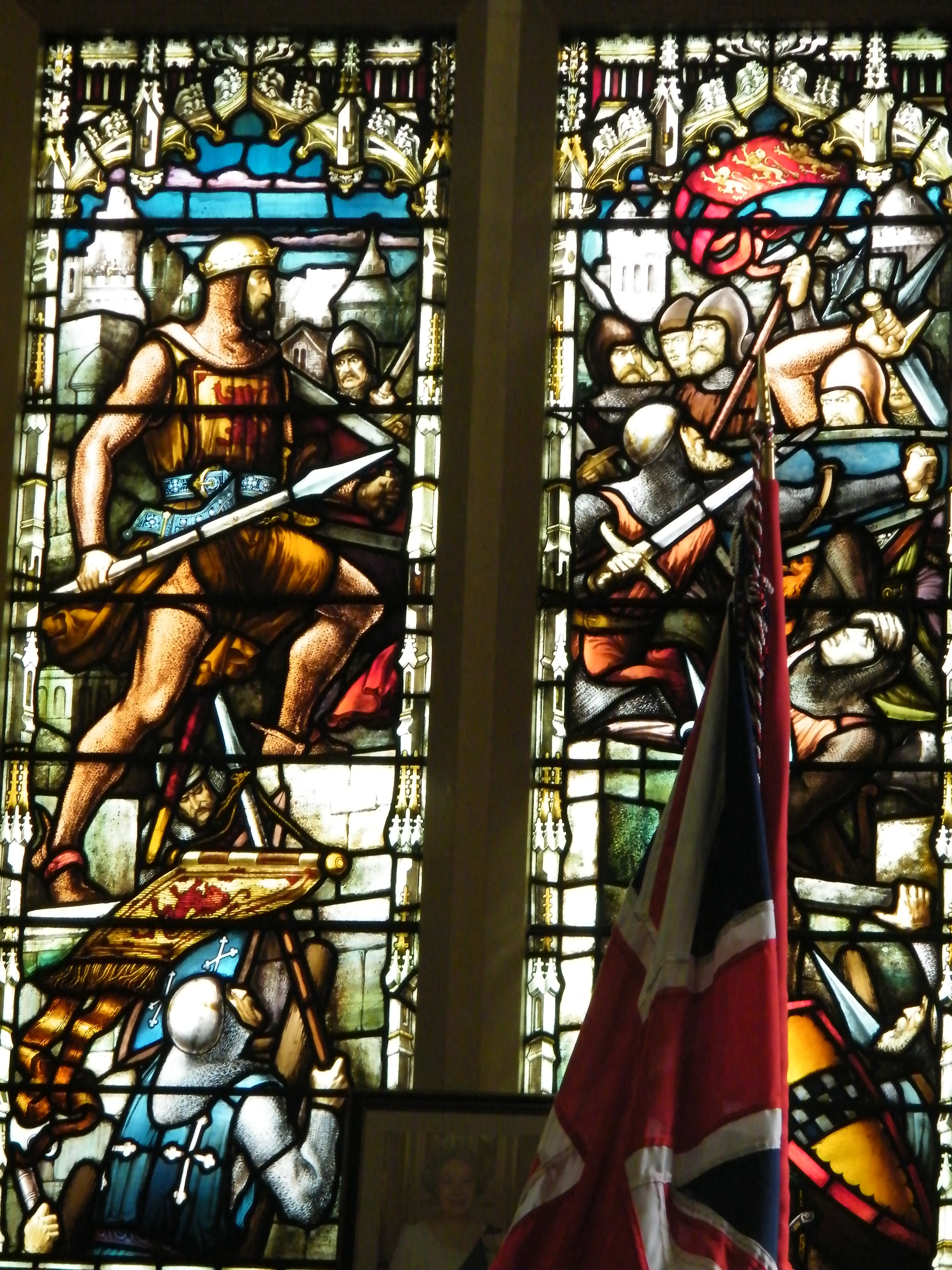