Well, for many it’s back to work today on December 27, 2021, the third day of Coynezaa (on this day my true love gave to me three matzo balls). It’s National Fruitcake Day, honoring the single fruitcake that is continually regifted around the West.

Wine of the Day: This 2018 cava (the Spanish equivalent of Champagne, and made the same way) is produced by the family of my ex-postdoc (now a professor), and that’s how I was introduced to the wine. I had it with Christmas dinner: roast Chicken, rice, and yams.

If you’re tired of paying $40 and up for French champagne, consider a good Spanish cava like this one. I believe I paid just a tad more than $20 for it, and it was a terrific bargain. It’s very dry, a pigeon-eye red color, with with lots of bubbles and toasty as well as tasty, I swore I could taste some red fruit in there, though it may have been a color-inspired illusion. Llopart is a reliable name in cava, and produces several different types. I believe I’ve tried them all over the years, including the top of the line Ex Vite that you can’t get in the U.S.   If you see this rosé for around $20, snap up a couple bottles and put them in the fridge.

If you want a cheap(ish) but excellent bubbly, and can’t get Llopart, try Roederer Estate Brut from California, which runs abut $25. 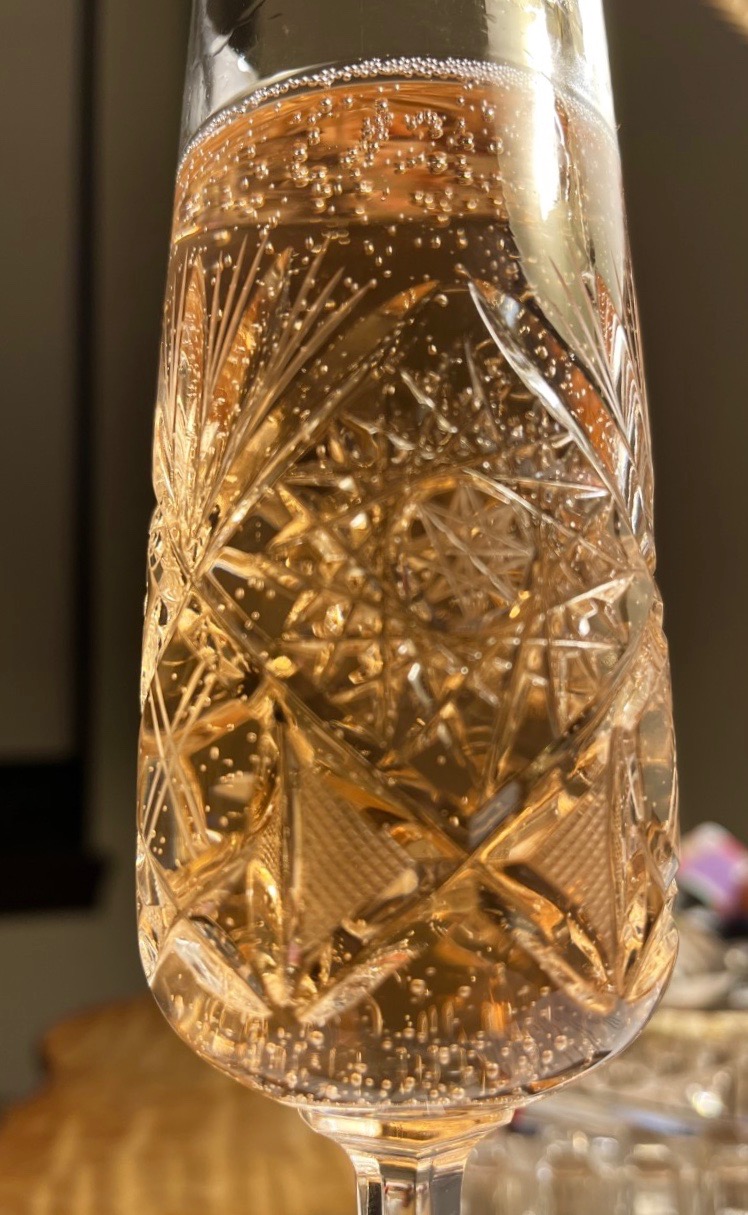 *Ed Wilson, the famous naturalist, evolutonary biologist, ant expert, and writer, died yesterday at 92. My post of earlier today gives a few memories I have of the man.

*I’ve lost track of how many Covid-19 “surges” we’ve had since I first heard about the virus, but, if you’re in the U.S., you’ll know we’re in the midst of another one (see below).  Anthony Fauci says “things will be much better in January,” but how does he know? 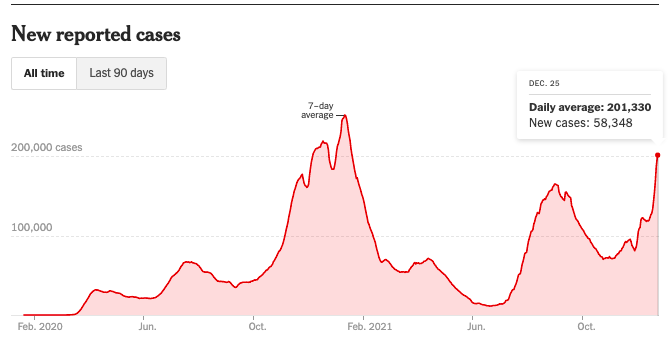 *Over at the Washington Post, Dave Barry reviews the year of 2021, first overall and then month by month—all in inimitable Barry style:

. .  The spotlight now shifts to incoming president Joe Biden, who takes the oath of office in front of a festive throng of 25,000 National Guard troops. The national healing begins quickly as Americans, exhausted from years of division and strife, join together in exchanging memes of Bernie Sanders attending the inauguration wearing distinctive mittens and the facial expression of a man having his prostate examined by a hostile sea urchin.

. . . On the wokeness front, Dr. Seuss joins the lengthening list of individuals who are deemed to be Problematic, which also includes George Washington, Thomas Jefferson, Pepe LePew and Mr. Potato Head. Also people are starting to take a hard look at the Very Hungry Caterpillar, and if you have to ask why YOU ARE PART OF THE PROBLEM.

*And once again, the Sunday NYT features a sermonette by Tish Harrison Warren, the Anglican priest whom the Paper of Record has chosen to hector us about Jesus. In yesterday’s column, “How Christmas Changed Everything“, Rev. Warren says that all of us in the West—even the Jews—are saturated in Christian values:

But if you live in the West, the claims of Christmas have profoundly shaped your life and view of the world. You don’t have to believe in Jesus or even think about him for that to be true. The West is “so saturated in Christian assumptions that it is almost impossible to remove ourselves from them,” said Tom Holland, a British historian and author of “Dominion: How the Christian Revolution Remade the World.” He continued, “We tend to take for granted that the lowest of the lowest do have dignity.”

These same radical ideas reverberate down through the centuries. They eventually motivated the invention of hospitals, mass education, and widespread literacy. They inspired those who opposed slavery and influenced the contemporary idea of universal human rights. Charles Malik, a Lebanese Christian who helped draft the Universal Declaration of Human Rights in 1948, said, “The ultimate ground of all our freedom is the Christian doctrine of the absolute inviolability of the human person.” In different ways over time, the belief in the dignity of even the weakest in society flowed from people meditating on this same shocking story that the church tells at Christmastime today.

But then she says this:

The development of the idea of universal dignity could be understood as a result of an invisible hand guiding societies toward “progress” or even as a series of random accidents. A.C. Grayling, a British philosopher, argues that seeds of this concept can be found in the thoughts of Socrates, Buddha, and Confucius. Scholars like Steven Pinker and Jonathan Israel trace the origin of human rights to the enlightenment era.

But at the end she still touts God/Jesus as the Fount of Morality.  When will she stop this blathering, all founded on claims that aren’t true? When will the NYT say, “Okay, Tish—enough.”

*I did not know this, but in September the Center for Inquiry announced that the 2021 Richard Dawkins Award has been given to Tim Minchin. However, the video of the presentation, which includes a 90-minute conversation between Richard and Minchin (moderated by David Cowan) was just posted a week ago. I’ve put the video with the award and conversation below. From CFI:

Richard Dawkins gave a soaring and touchingly personal tribute to the awardee, calling him “a staunch upholder of rationalism, secularism, and scientific skepticism.”

In introducing the event, Robyn Blumner, CFI’s CEO, said that Tim is this year’s awardee because “Number one, the award criteria fits him to a ‘T,’ and number two, because he’s so freakin’ awesome.”

David Cowan, a CFI board member and Silicon Valley investor and entrepreneur, masterfully moderated a lively 90-minute conversation between Richard and Tim, after sharing that he is a major fanboy of Tim’s and doing an on-stage selfie with him.

*I miss the reclusive Michiko Kakutani, the chief book critic of the New York Times who departed in 2017. Her critiques were always incisive, even when I disagreed with them.I don’t know why she left, but she’s back with a literary retrospective and memoriam that is excellent: “Didion’s prophetic eye on America.” Of all the obits I’ve read about Joan Didion, who died this week, this is by far the best at pinpointing the power of her prose.

Didion’s utterly distinctive writing style — distinguished by its spareness, its surgical precision, its almost staccato yet incantatory rhythms — was also a tool for containing her often harrowing subject matter, be it her own experiences of loss and grief, reportorial assignments involving murder or war, or the melodramatic situations that the heroines in her novels so often faced. She had an eye for the prophetic detail and telling gesture, an ear for the line of overheard dialogue that might reveal all.

Didion prized control — getting the details correct in a story, making sure a recipe turned out exactly right — because she often felt it was elusive in her life as someone who suffered from migraines and Parkinson’s and morning dread. “You are getting a woman who somewhere along the line misplaced whatever slight faith she ever had in the social contract, in the meliorative principle,” she wrote. She described herself as “a sleepwalker,” “alert only to the stuff of bad dreams, the children burning in the locked car in the supermarket parking lot,” the coyotes by the interstate, the snakes in the playpen.

Here’s that great building: first a mosque, then a Catholic church, then a museum, and, as of last year, a mosque again. 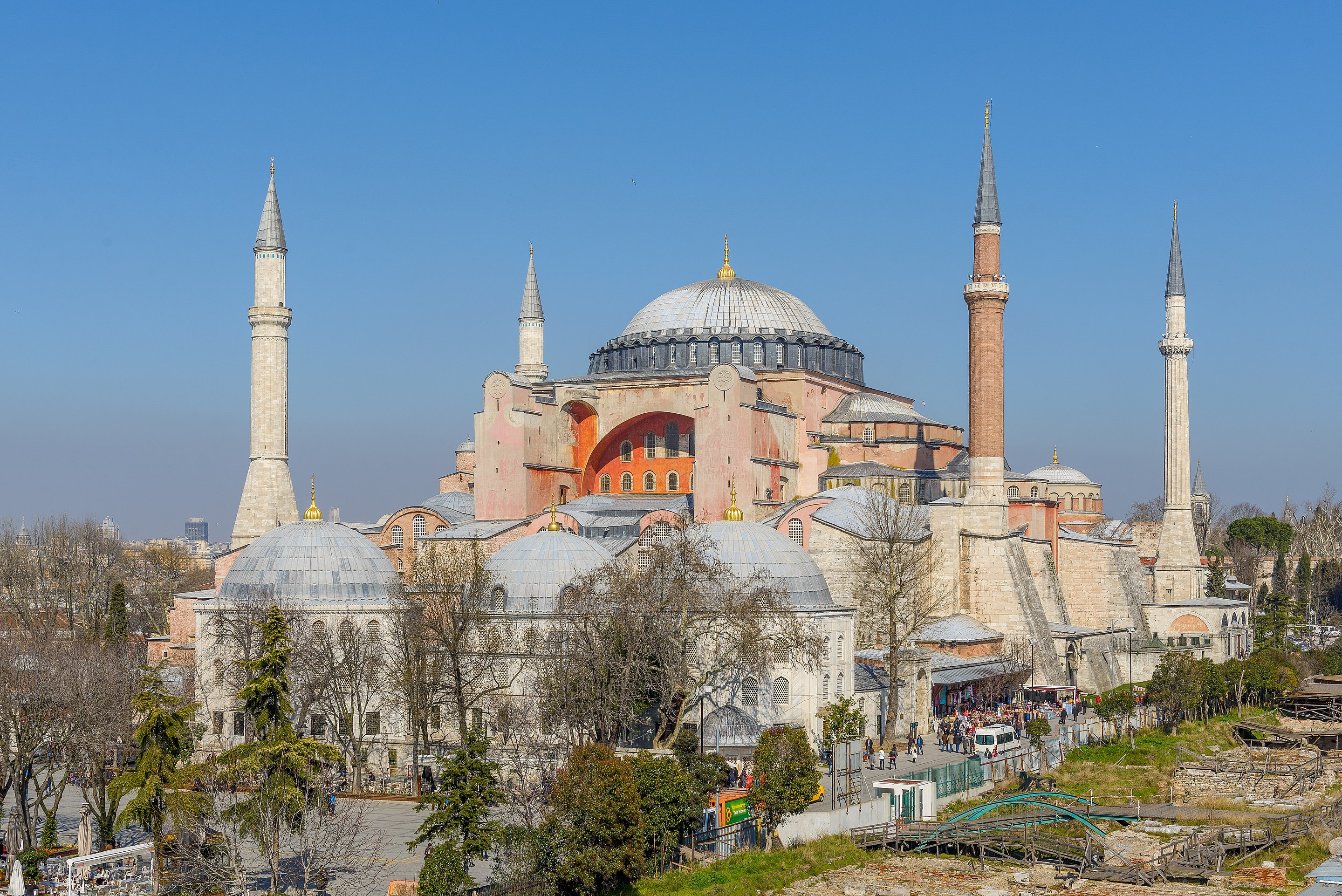 Here I am in 2008, feeding the mosque’s famous resident cat, Gli. (I always carry cat food when I’m in Turkey.) 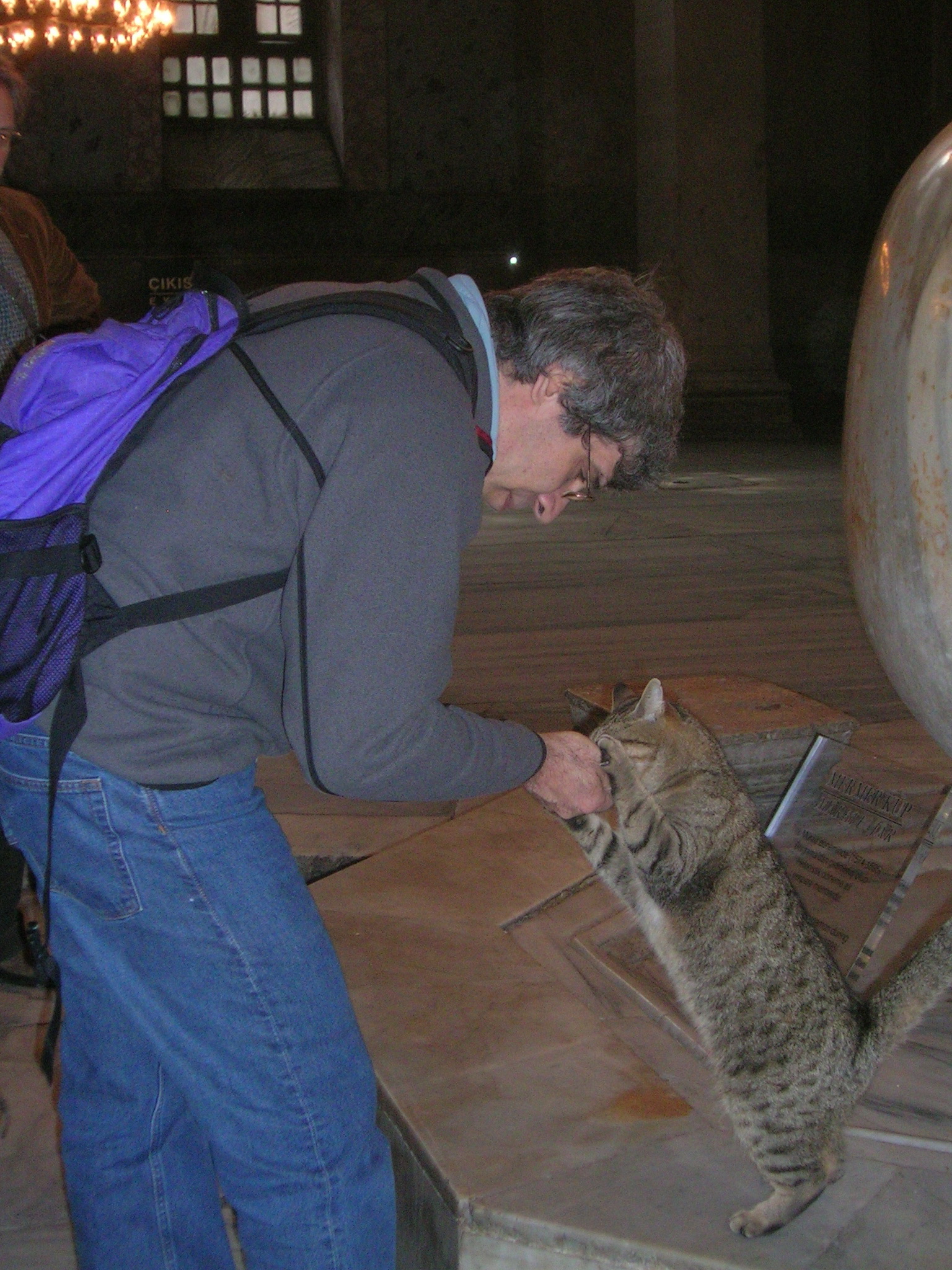 The Beagle was a small ship: 90 feet from stem to stern and 25 feet across. Here’s a cross-section. I’ve circled the Captain’s cabin (Darwin, contrary to popular belief, was not the ship’s naturalist, but was hired to keep Captain Robert Fitzroy (a depressive) company. Darwin would dine with Fitzroy in FitzRoy’s cabin (circled at right), but then repair to his room at upper left, which had his cot. Darwin was seasick when afloat, and spent as much time as he could ashore.

Here’s my favorite song from the 1936 movie, “Old Man River,” sung by the inimitable Paul Robson. Imagine: two Jews wrote a song about the travails of a black stevedore. (There was another movie version, in 1951, with Ava Gardner.) Note that he uses the word “darkies” for blacks—a word expunged in later versions.

30 million Russians died on Stalin’s orders, including many in the Ukraine, who starved to death after Stalin ordered their grain shipped elsewhere. 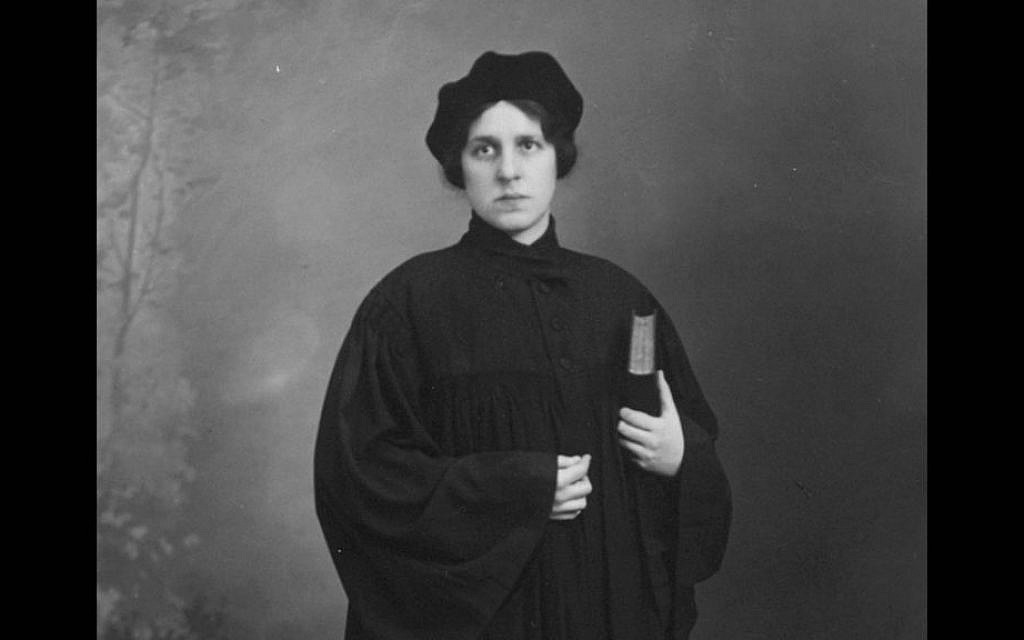 Here’s a caver A caver rappelling down from the cave’s mouth: 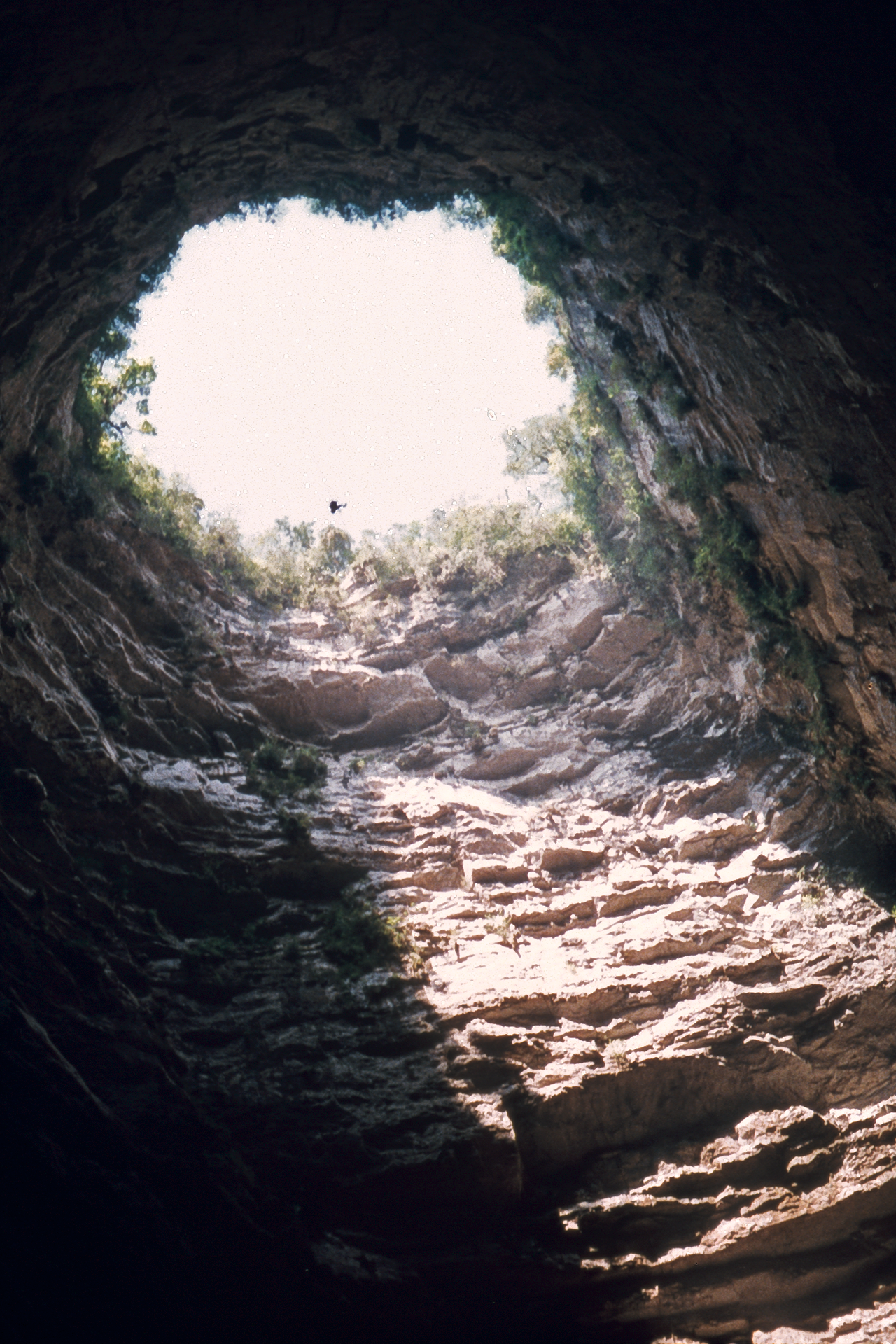 The song that made her famous “Falling in Love Again“, in the movie The Blue Angel (1930), in which she humiliates a professor she marries.

From Wikipedia: “She received the nickname Cokie from her brother, Tommy, who as a child could not pronounce her given name, Corinne.” 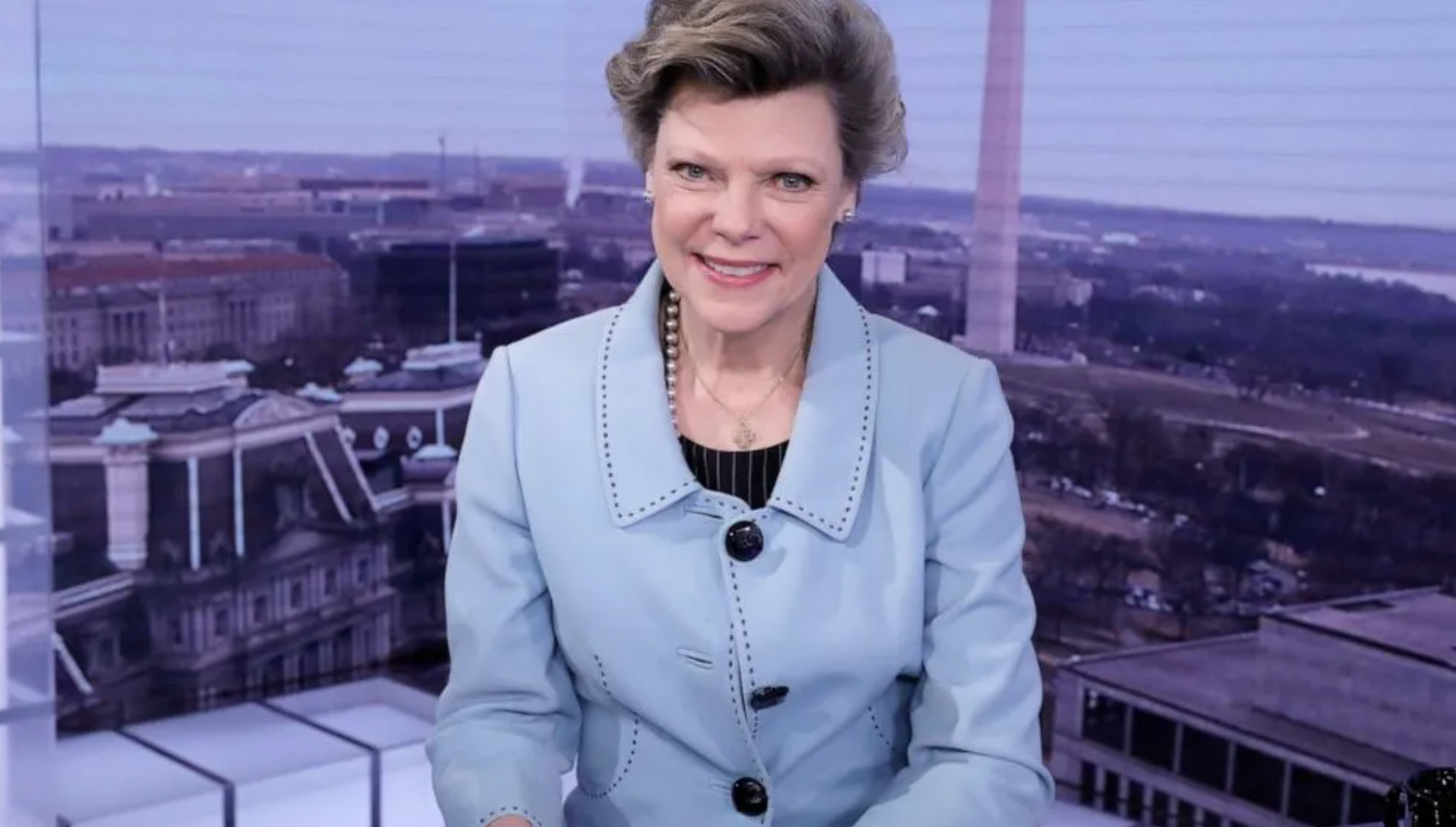 Here’s “Sultans of Swing” with Dire Straits. I love this song, and  Mark Knopfler’s solo is justifiably famous; his brother David is on rhythm guitar.

Savannah’s 50 today, but sure doesn’t look it! Here she is this year: 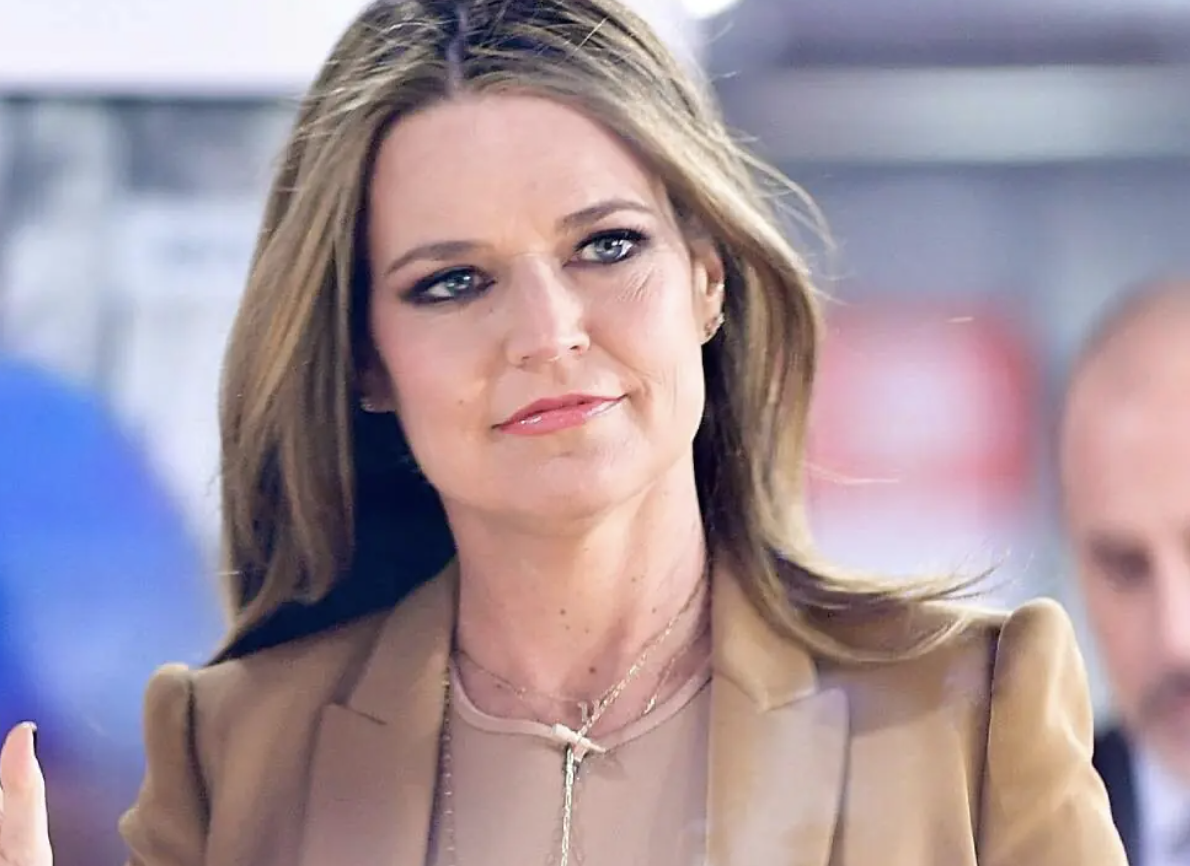 Those who went underground on December 27 include: 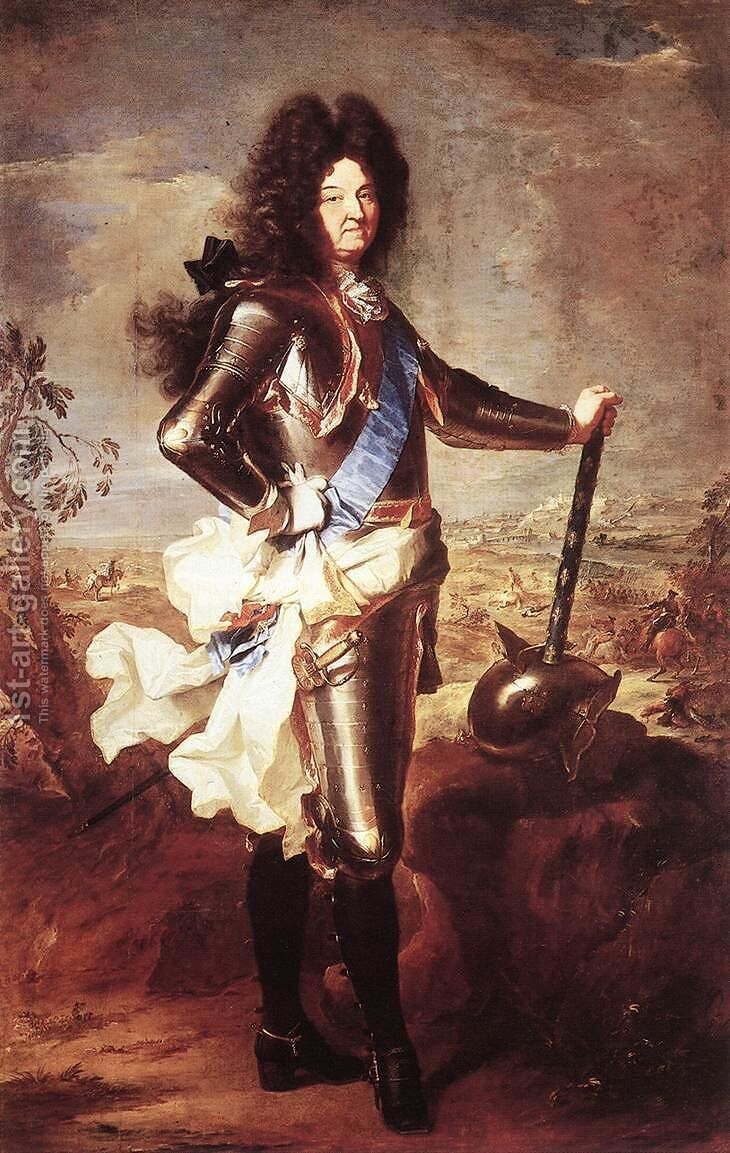 Bridges, a student of academic great grandfather T. H. Morgan, was himself a crack Drosophila geneticist as well as a ladies’ man, for he was very handsome: 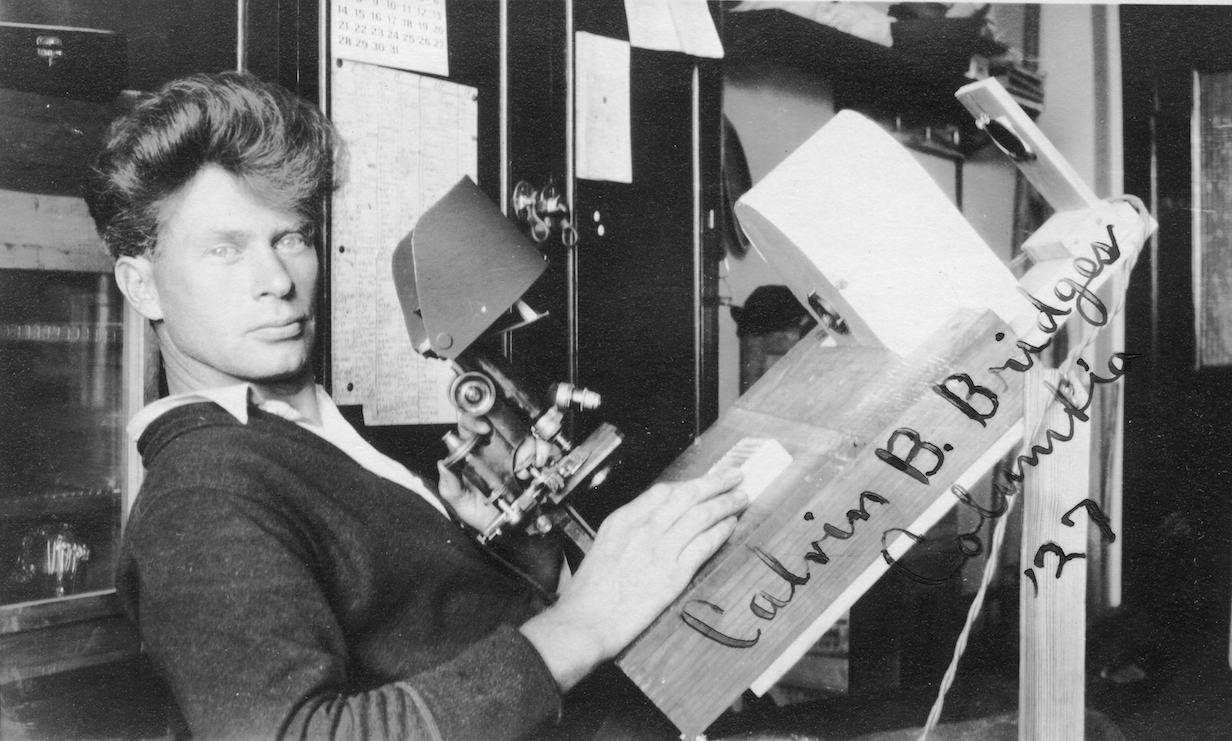 Beckmann, whose work I like, painted several pictures with cats in them. Here’s one, “Friedel Battenbuerg” (1920): 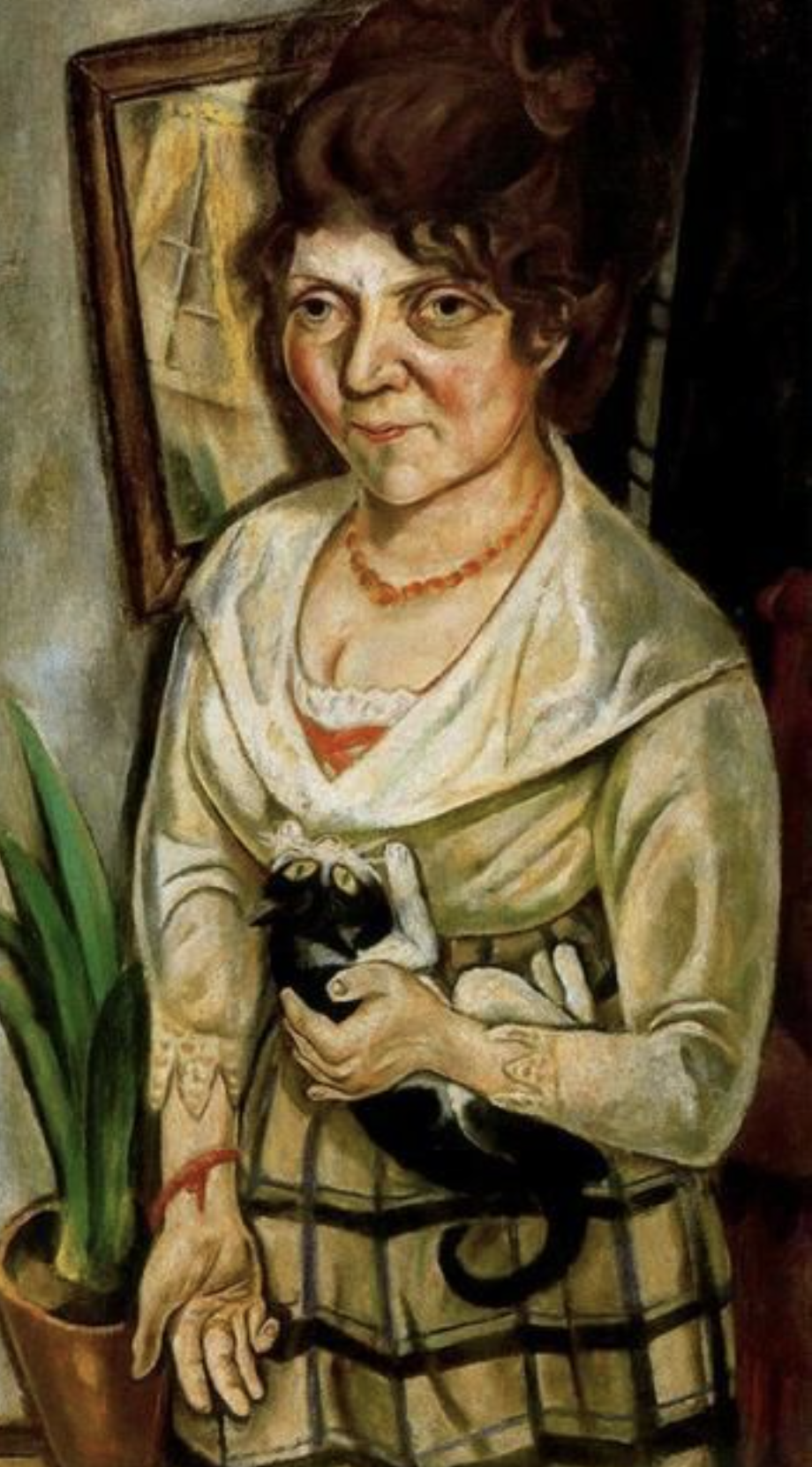 I was always sweet on Bhutto, but she was assassinated, which was practically inevitable. She was known to her friends as “Pinky” because she was an unusually pink baby. 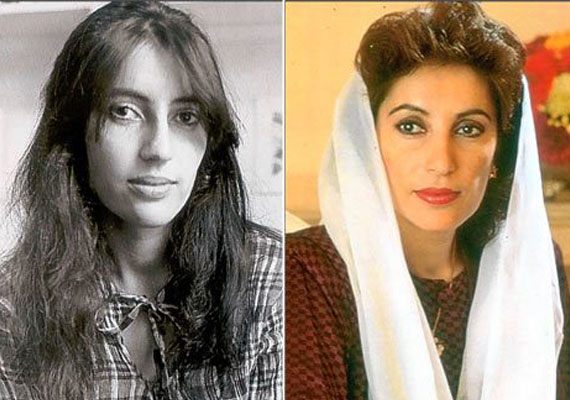 Meanwhile in Dobrzyn, Hili and Szaron are plotting how to get food. 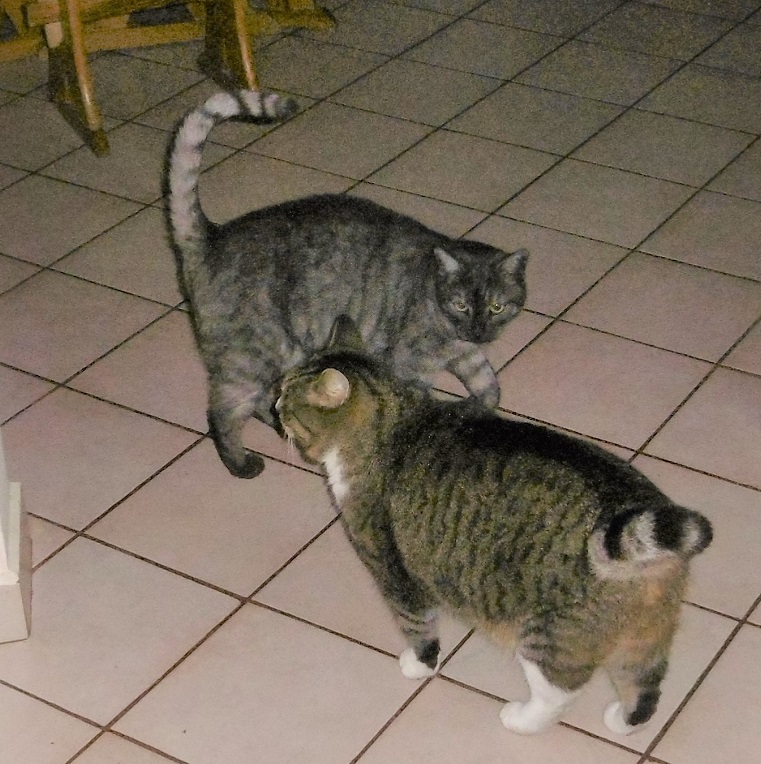 From Pyers, the biggest spoiler of all time (yes, I know that it was intended to foreshadow the Crucifixion):

The painting is Adoration of the Magi (center panel of St. Columba Altarpiece, painted in 1455 by  Rogier van der Weyden: 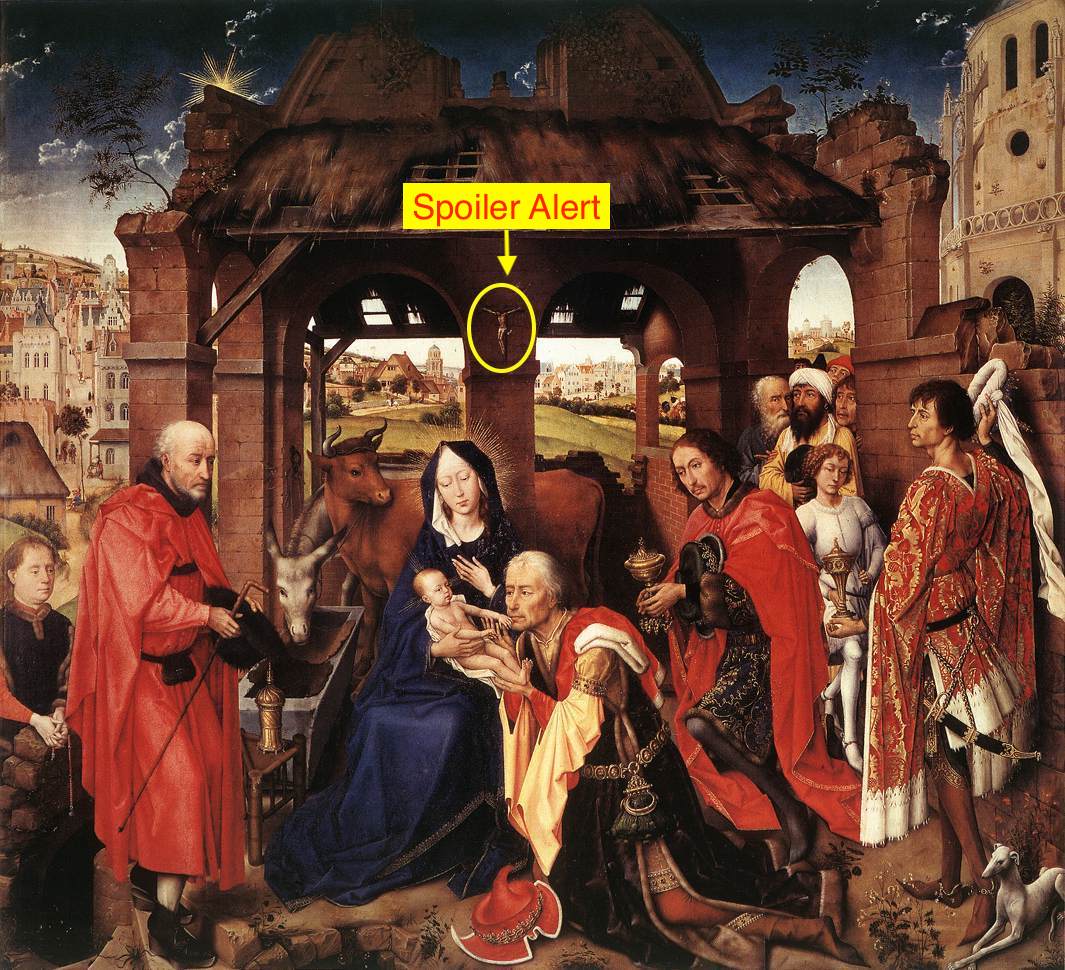 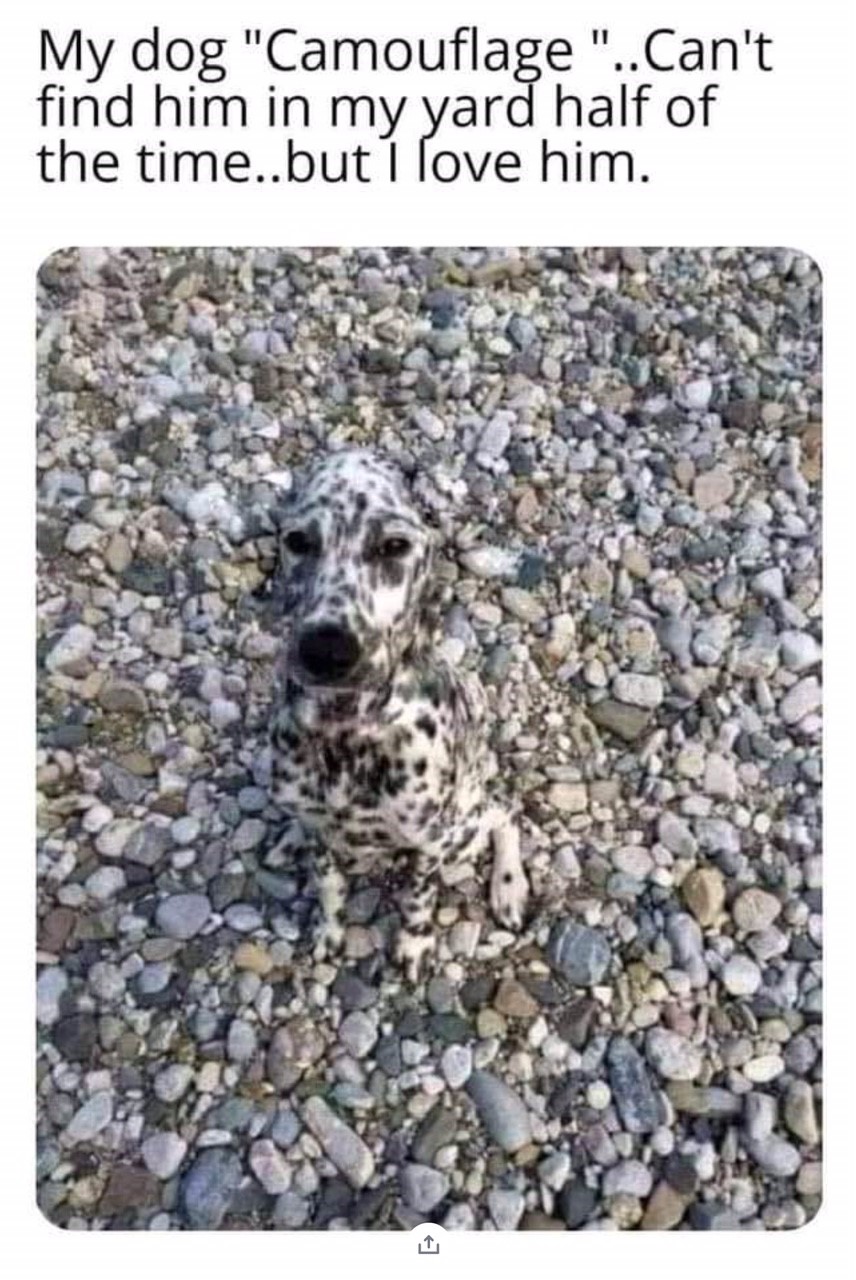 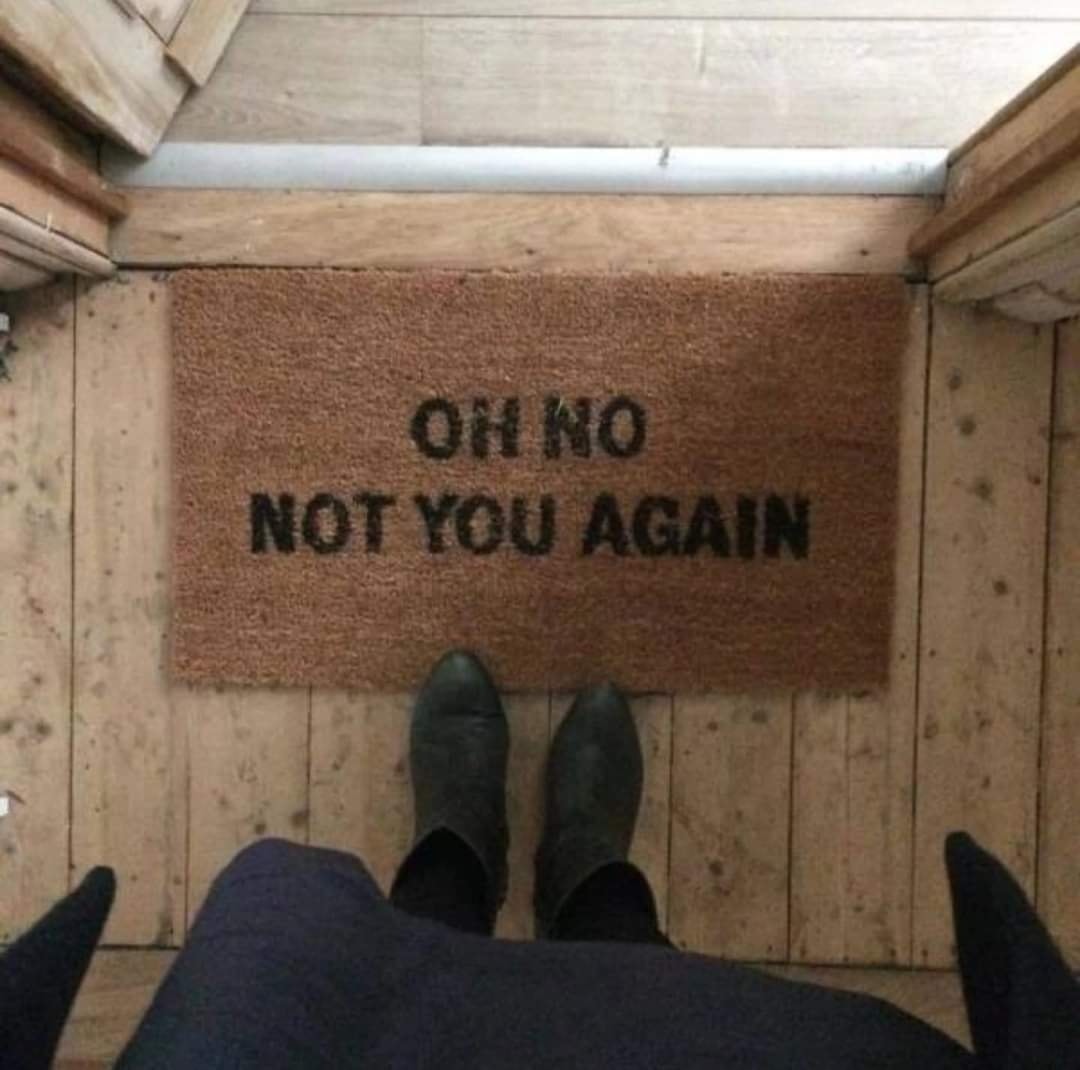 From Ricky Gervais, touting his third season of his series After Life. I really like the show, though some are less keen on it. And. . . it has Diane Morgan!

#AfterLife is officially the most watched British comedy of the decade with a viewership of nearly 100 million. Season 3 launches Jan 14. pic.twitter.com/ctL729lgEl

On Christmas Day, in millions of homes all over Japan, people are eating KFC. Marketing has them convinced that this is an American custom. 🙄 pic.twitter.com/JmPdSFTIFZ

She was a teacher from Husaków. She perished in the German #Auschwitz camp on 27 December 1943.
She was 53. pic.twitter.com/bsLWHqgjK8

This really makes me hungry. There’s nothing like an English Christmas with beef or roast goose, and finished off with a steamed pudding:

This triumph of a Yorkshire pudding cooked by a mate yday to go with roast beef. Doubling up as a crib for baby Jesus. pic.twitter.com/kQCCHsC79C

Now he lives in Israel and fools my people with his deceptions. He also has a museum, which I will NOT visit should I visit the country:

Only thing baffling about Uri Geller is that people are still buying his schtick. https://t.co/0BR8h3xodc

Have a very veggie Christmas!