As E. O. Wilson died yesterday, I thought today would be an appropriate day to post photos of ants, his favorite research subject. Fortunately, reader Tony Eales from Queensland sent a batch of ant photos recently (there are two ant-mimicking spiders as well), and here they are. The captions and ID’s are Tony’s, and you can enlarge the photos by clicking on them:

I don’t know about other places in the world, but the leaf litter in Australia is the kingdom of ants. No matter where I go there are probably two or more Polyrhachis species, Iridomyrmex and Crematogaster everywhere you look along with tiny Pheidole sp. and even smaller species, orders of magnitude tinier than the large Polyrharchis. 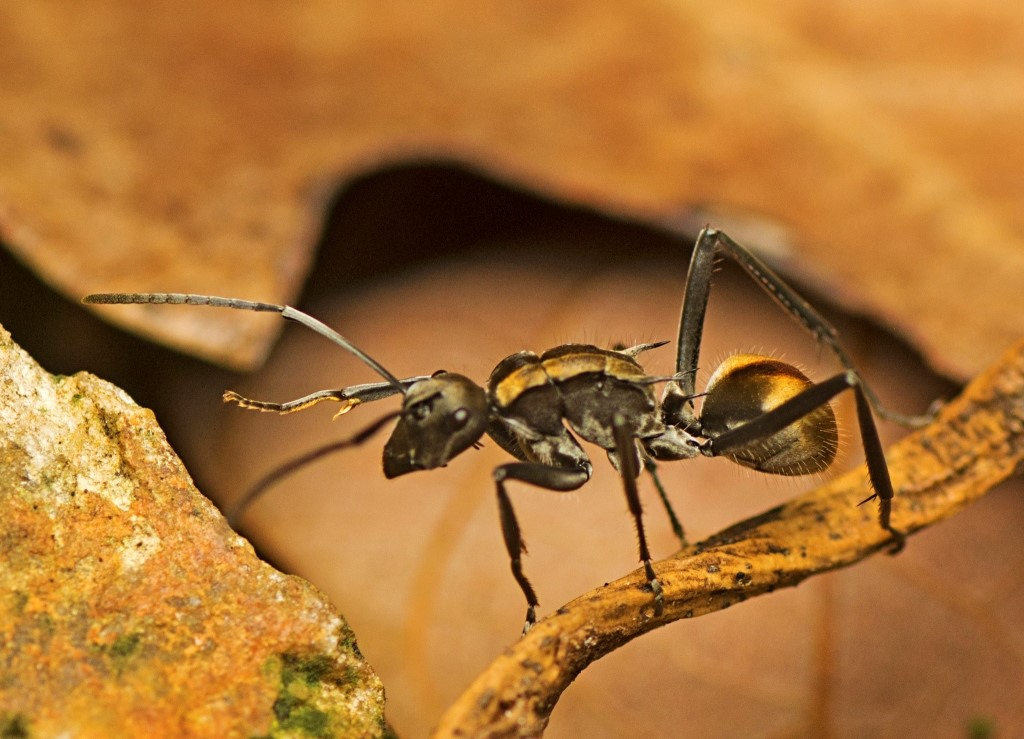 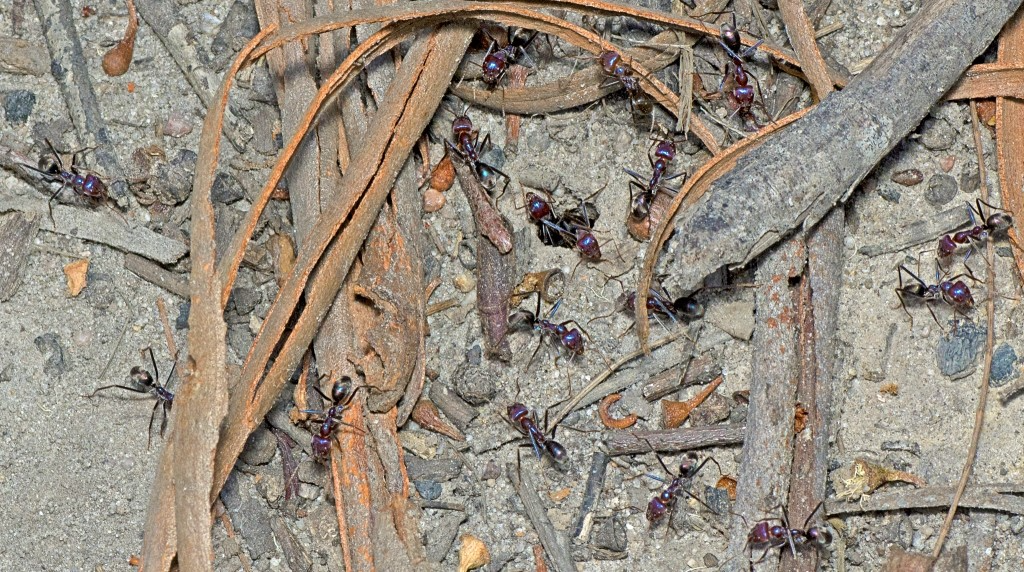 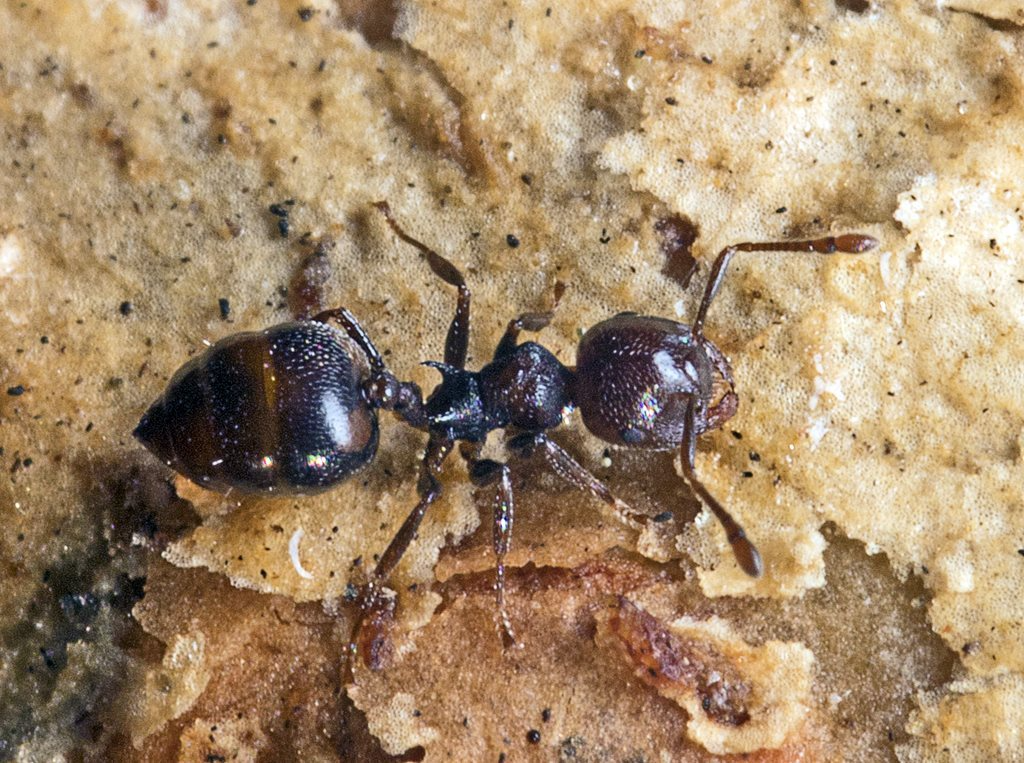 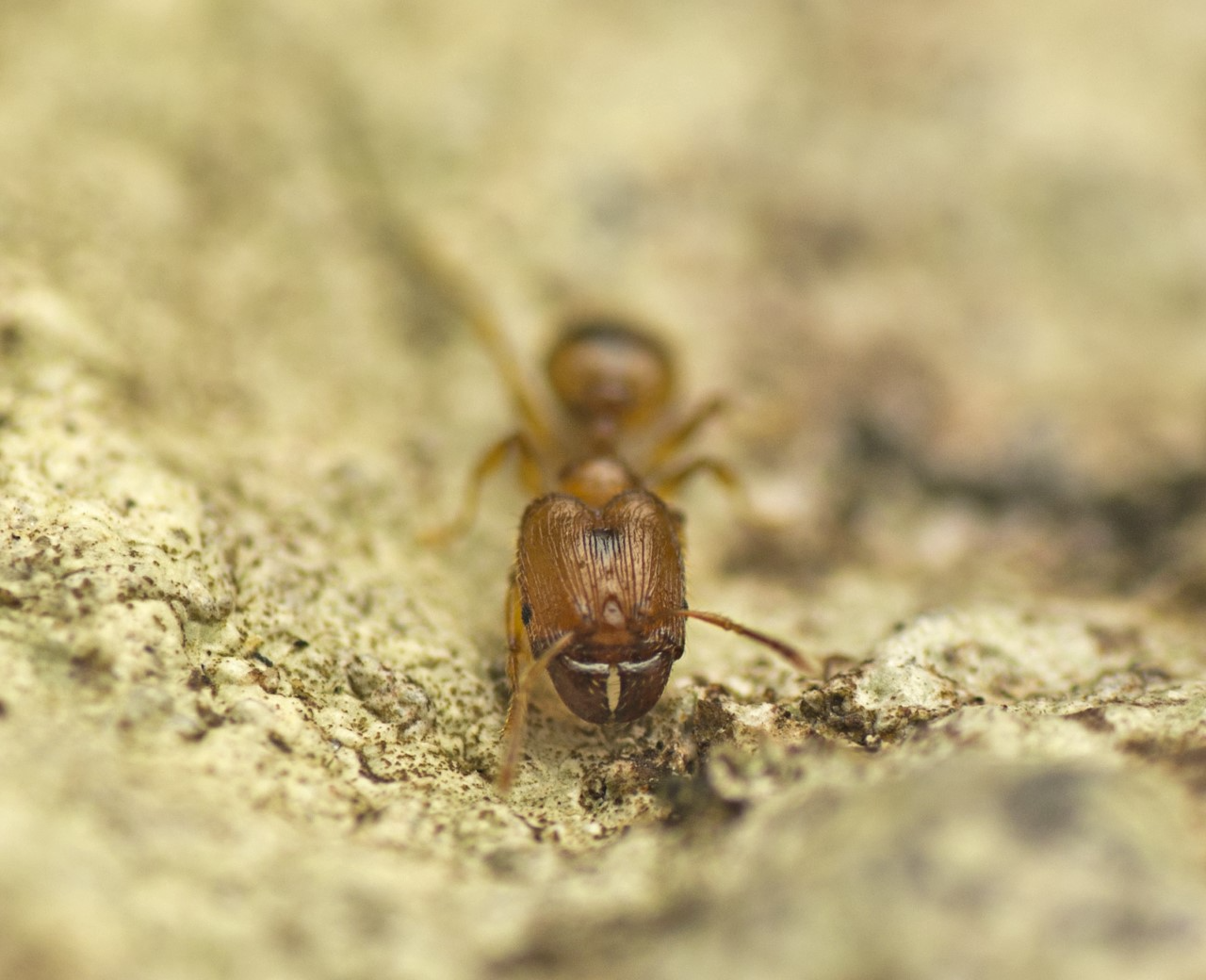 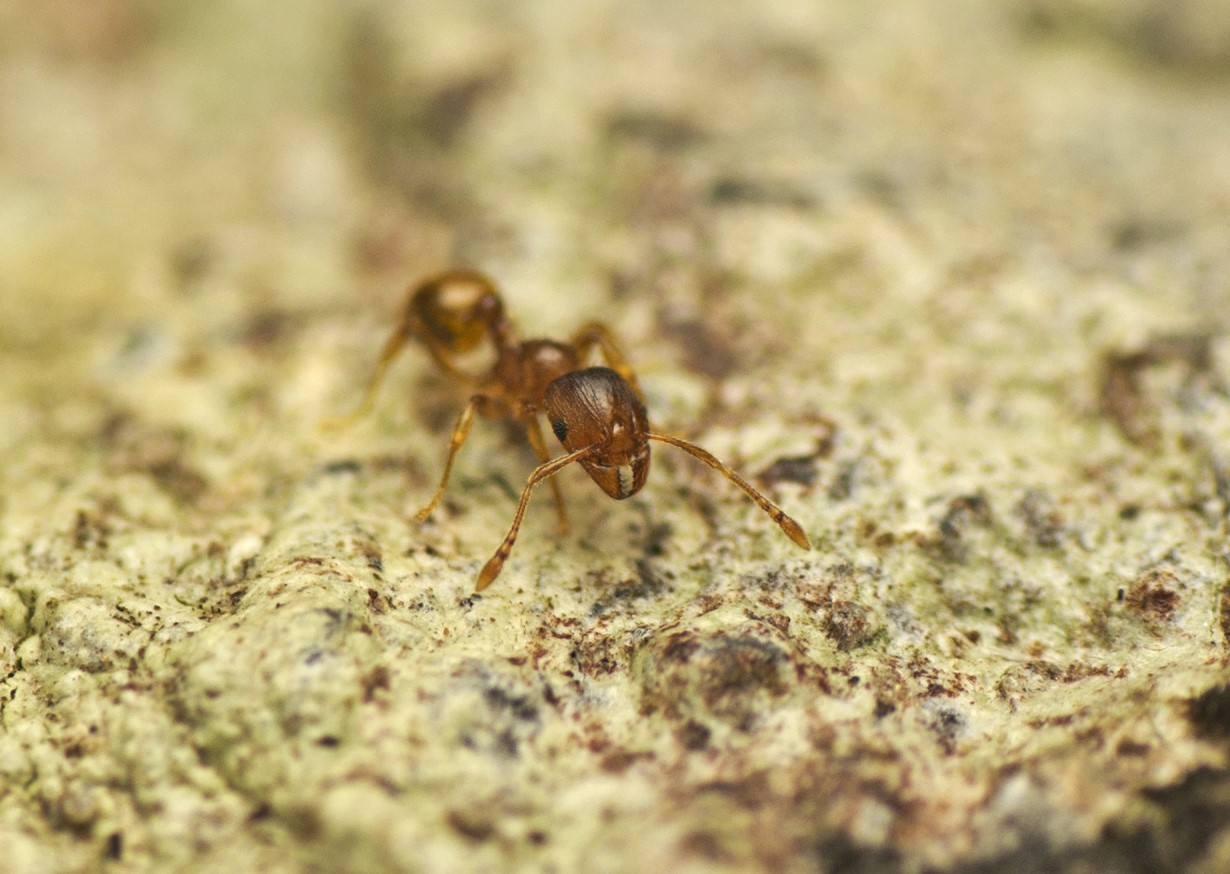 It takes a little courage to lie down among all these ants crawling everywhere but none of the species above have ever caused me more than a mild inconvenience (as long as you aren’t near an Iridomyrmex purpureus nest. They don’t have a sting but the ants are large, their colonies are huge and they swarm aggressively)

However, you do need to watch out for Bull Ants.

In the course of testing the pain induced by hymenopteran stings for his famous Sting Pain Index, Justin Schmidt tried a few species of Myrmecia AKA Bull Ants. He gave the ratings as follows

Myrmecia gulosa – 1.5 – A sneaky, unassuming ache. Like a brightly colored LEGO, charming till it’s lodged in the arch of your foot in the dark.

Myrmecia pilosula – 2 – The oven mitt had a hole in it when you pulled the cookies out of the oven. (of note, M. pilosula is the only ant species recorded to have killed humans)

All of these species are southeastern species and do not occur where I am. However, I have no desire to test the species living in my state of Queensland and see how they rate.

Happily, Myrmecia are never the most common species where I am, and in most open forest environments, they are quite rare.

I did come across a newly mated queen Myrmecia queenslandica excavating its first nesting chamber: 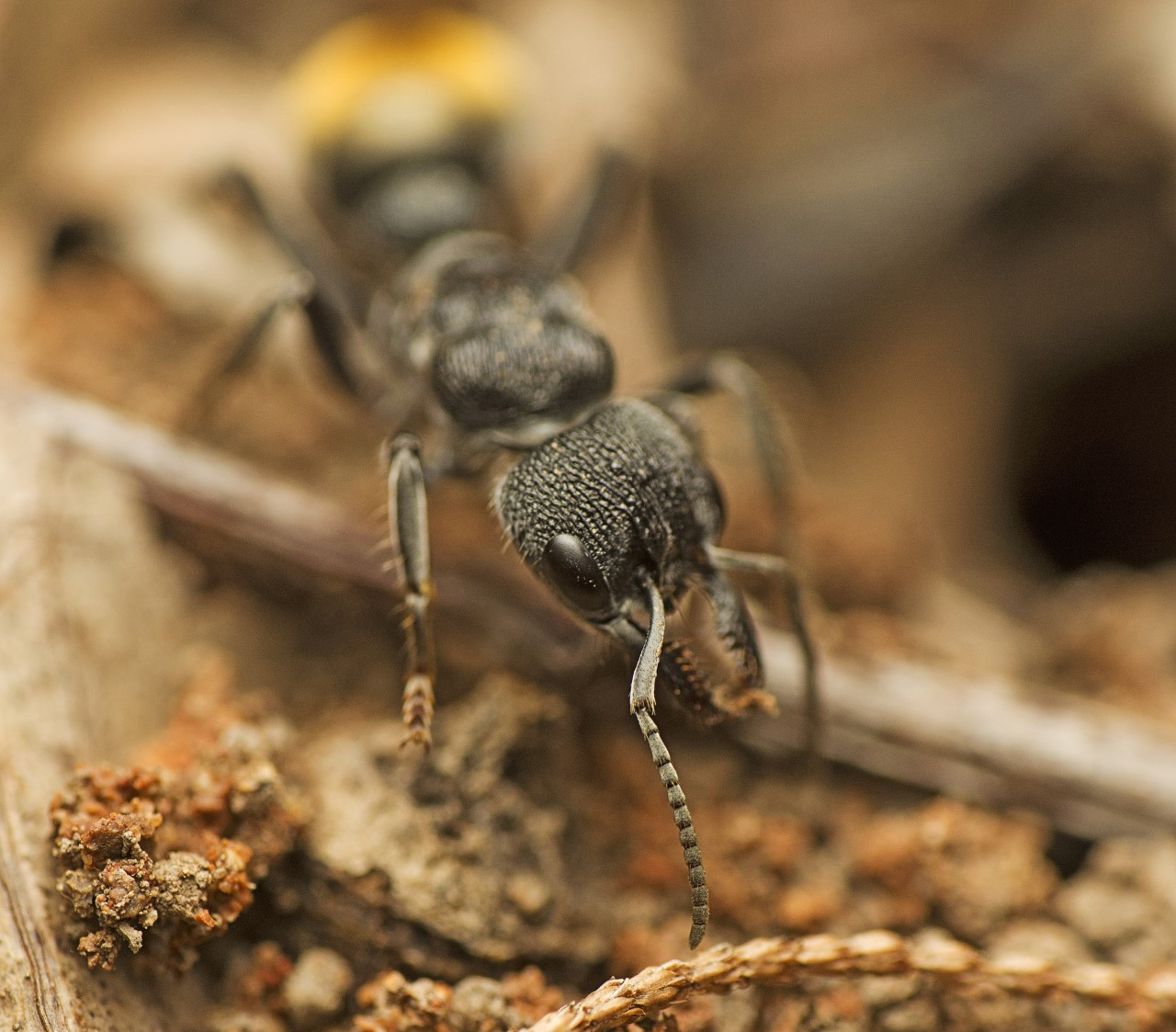 These ants are prized by ant keepers but I left her to her task. The only queens I collect are ones that have found themselves in a poor environment like indoors. 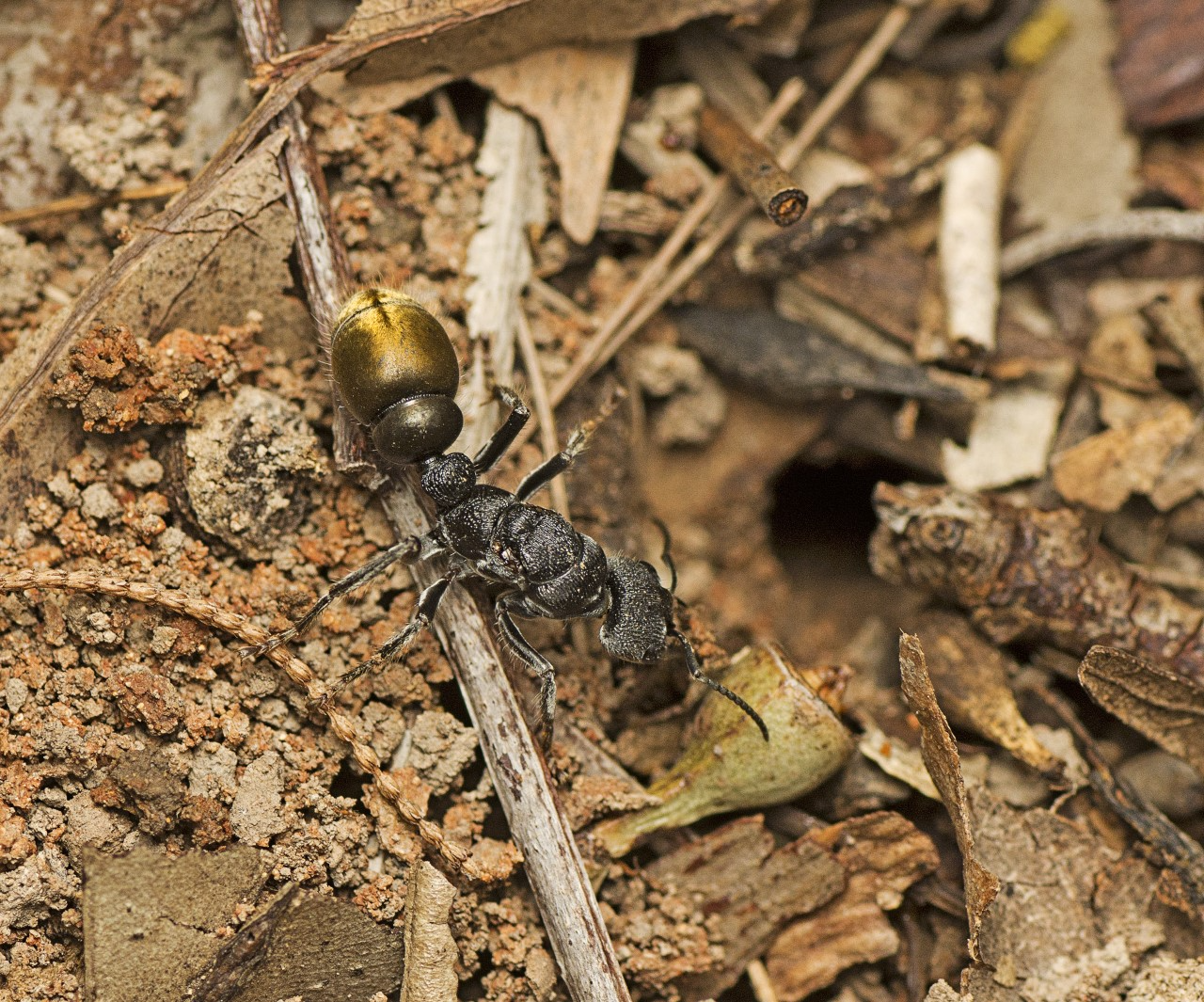 It can often be difficult to tell if a given individual is a queen. With Myrmecia the best way to tell is to look for wing scars on the back. 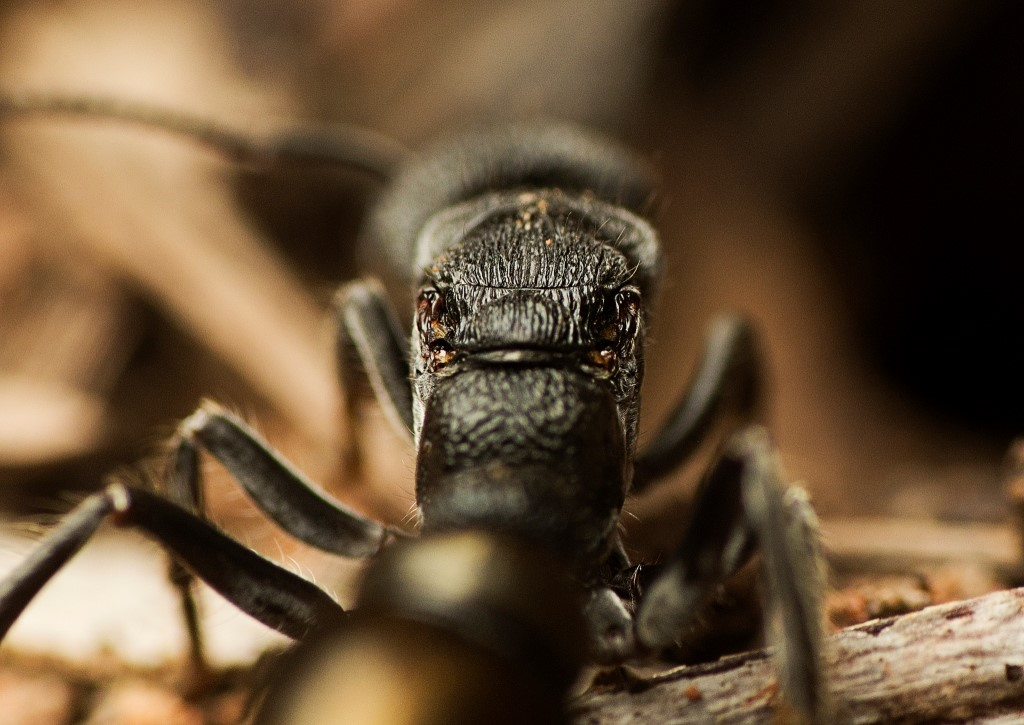 While these large Myrmecia are rare, the species I am most cautious about are ridiculously common. Rhytidoponera metallica are, in the area I live, the most widespread and common species. They are in every well curated lawn and every forest floor, every area of disturbed bare earth and every remote national park. The only place I don’t see them is coastal dunes and closed rainforest.

Rhytidoponera metallica – 2 – Deceptively painful. Like biting into a green bell pepper to find it is a habanero chili.

They aren’t particularly aggressive but being small and ubiquitous it is easy get one trapped between your toes or in your clothes or inadvertently sit on a nest.

They are very pretty ants up close, though: 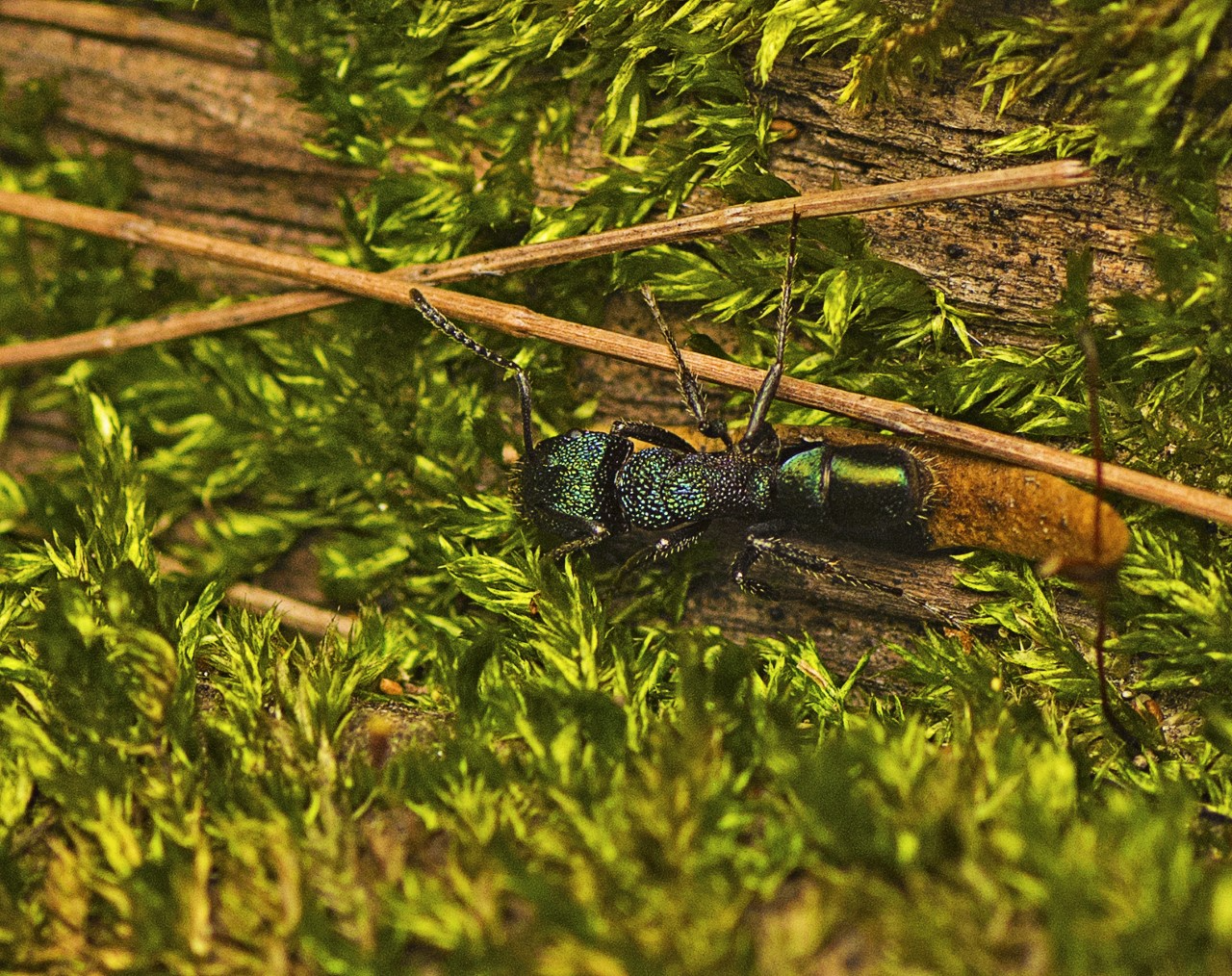 There are several species of velvet ant (wingless female wasps in the family Mutilidae) that appear to be mimicking R. metallica. Since mutilids have their own fearsome reputation for stinging, I presume this is a case of Müllerian mimicry. 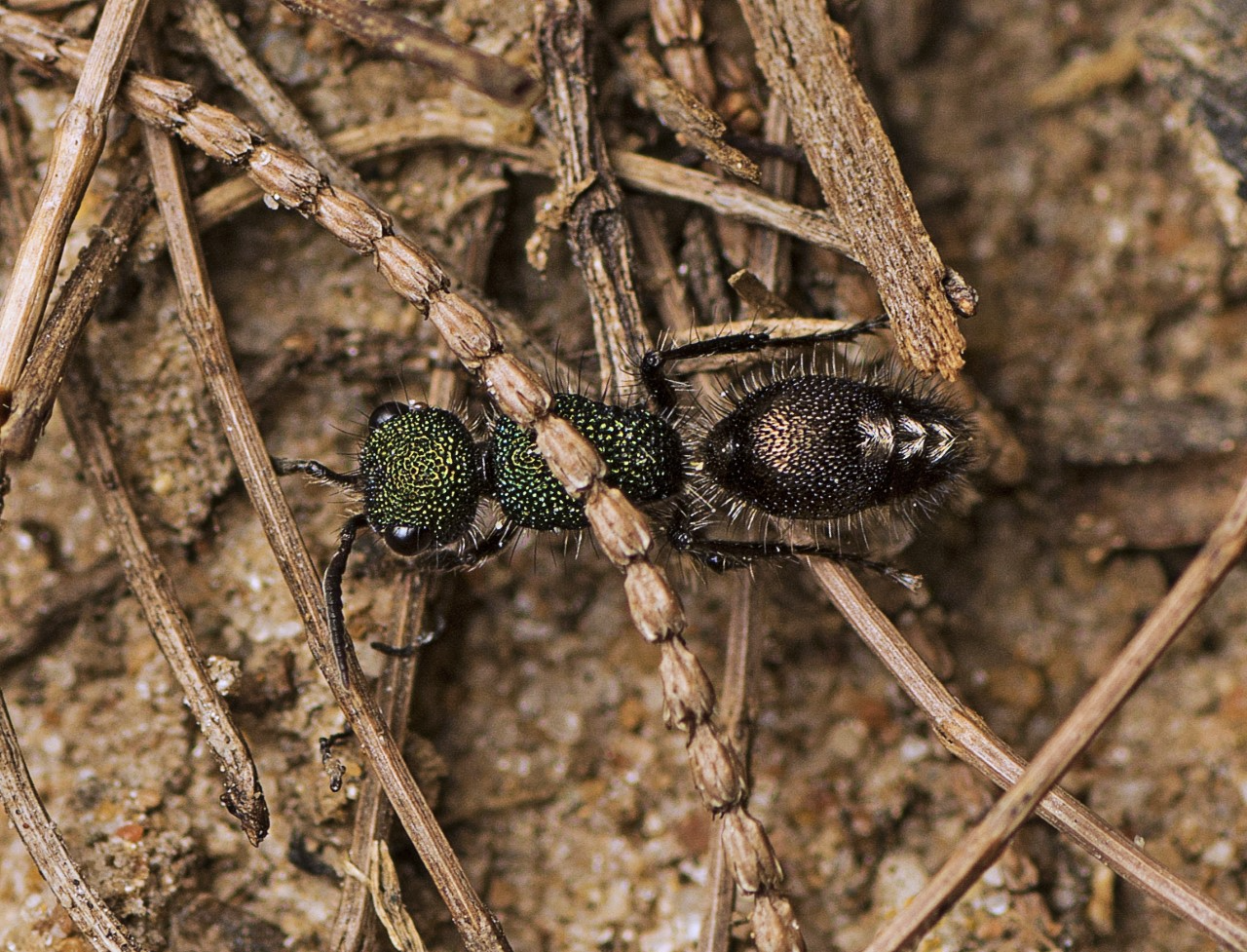 And a number of species of stingless, but still chemically defended, ants also appear to be mimicking R. metallica. 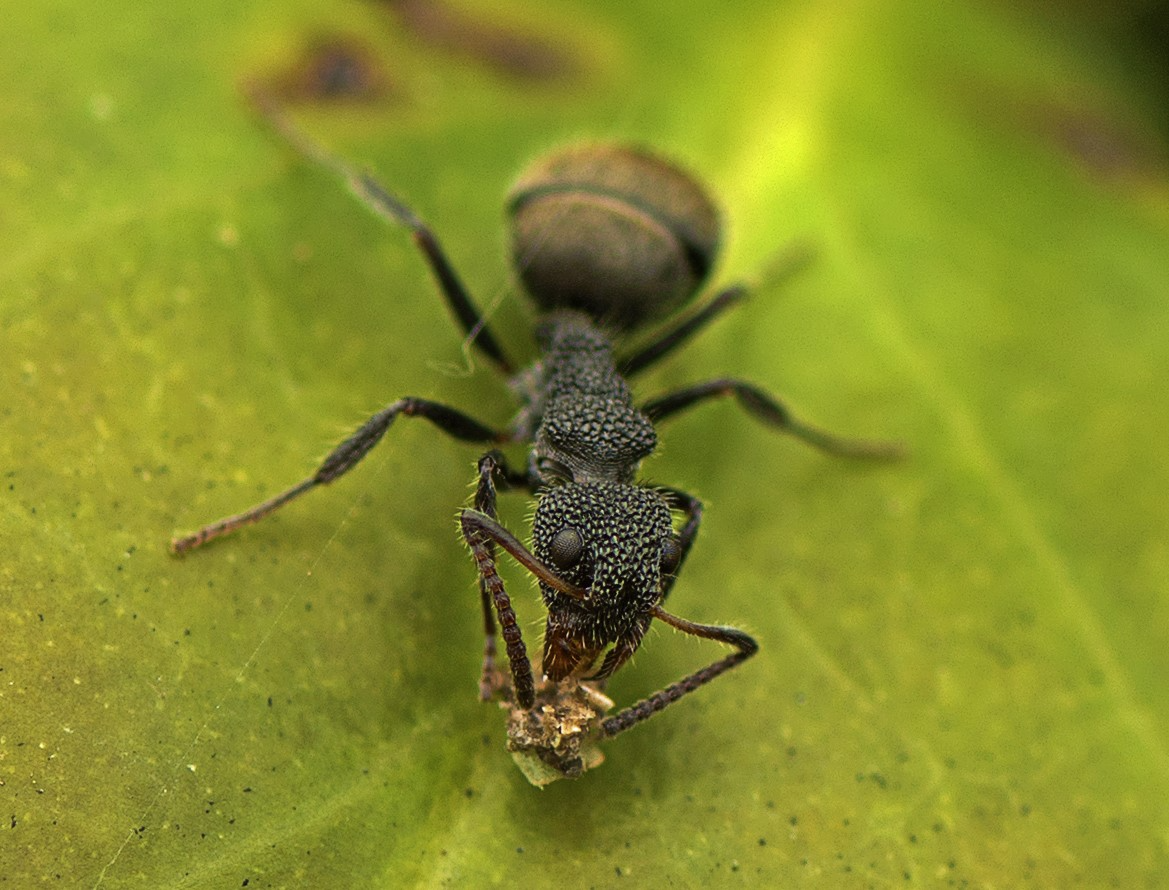 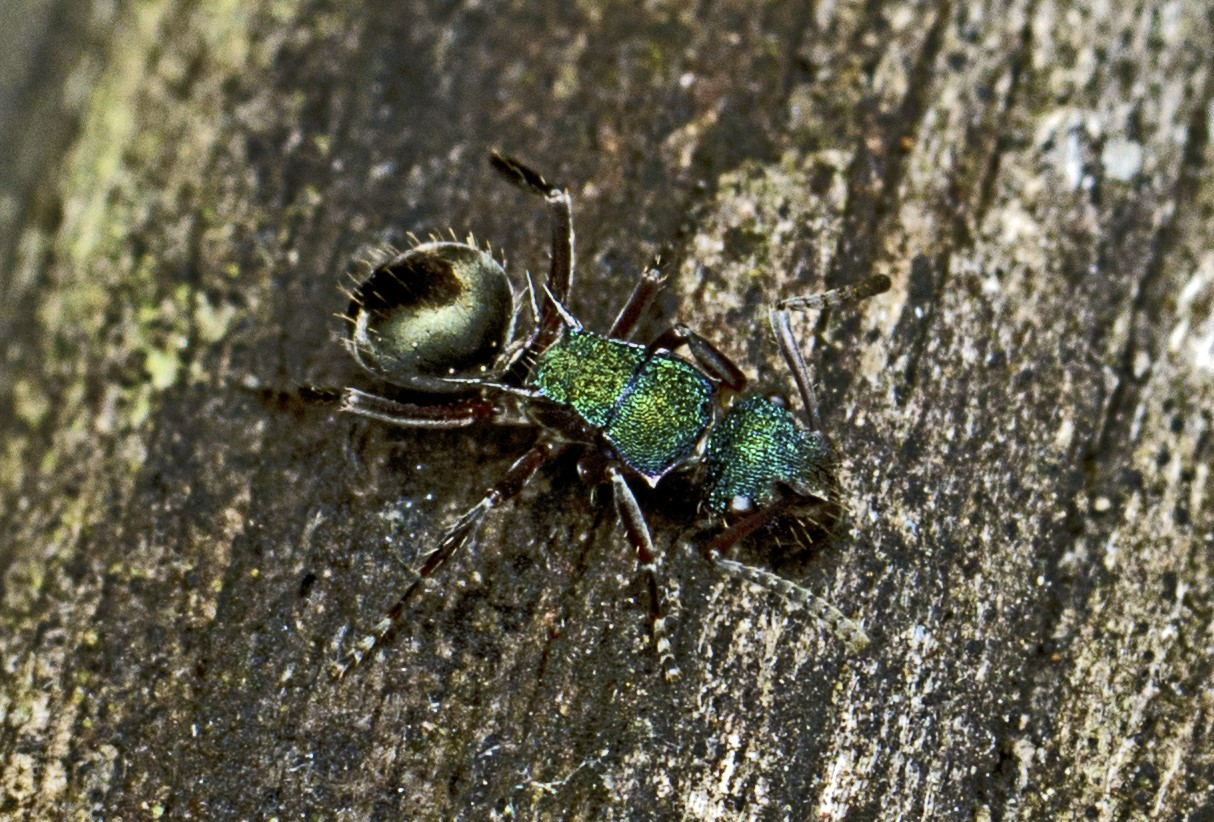 A couple of ground-dwelling spiders have also gone for R. metallica mimicry 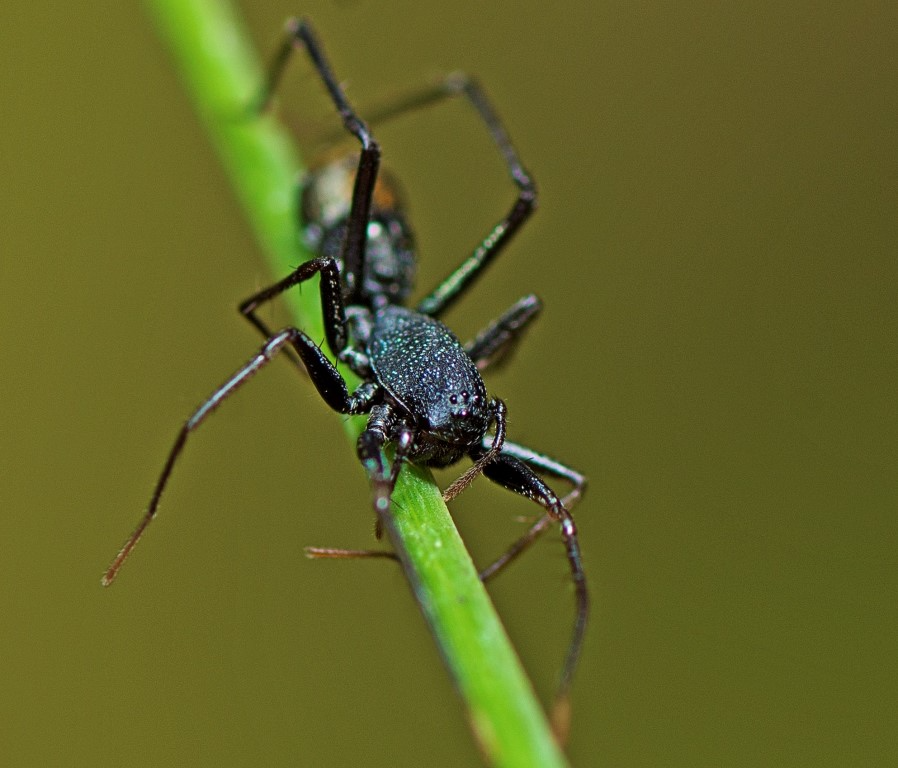 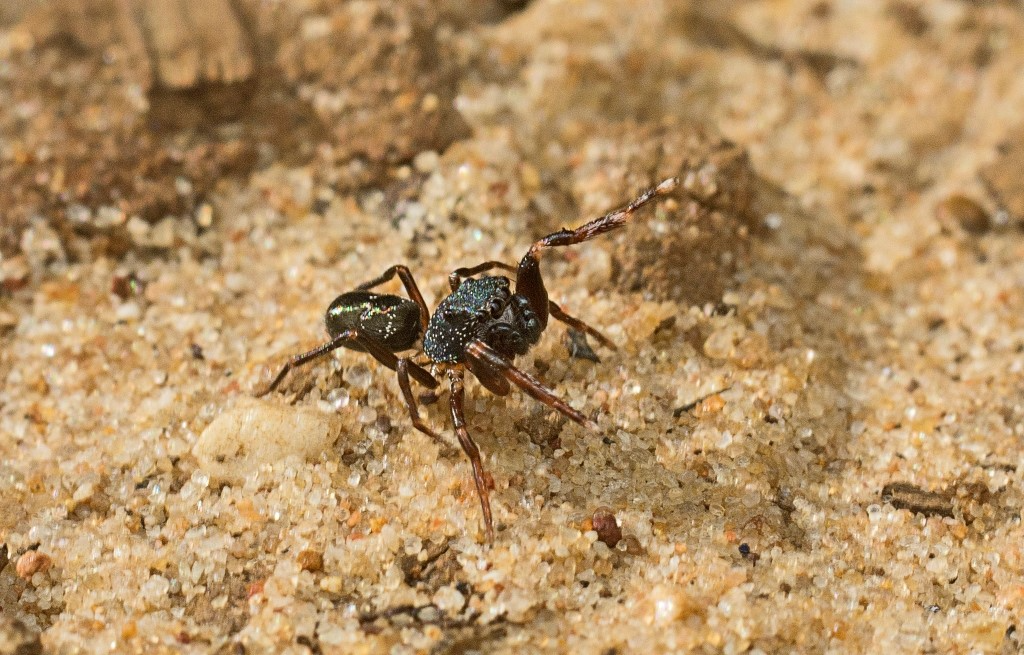