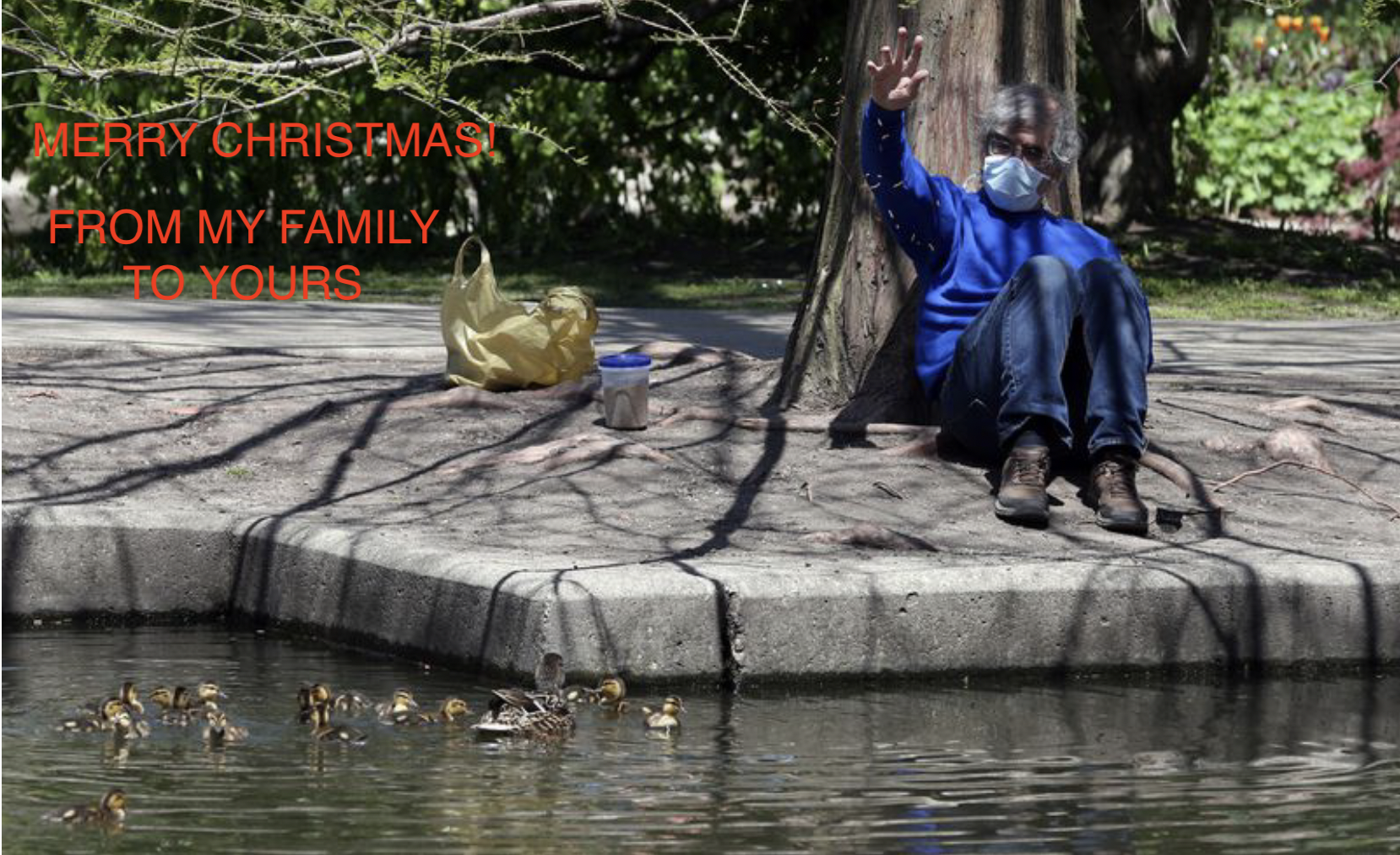 The James Webb Space Telescope will launch today (probably before this post goes up), but I’ll have already posted the links to the live feed.

It’s also Jesus’s Birthday, and No “L” Day (Noel get it?), when you’re supposed to remove all the “l”s from writing or speech.

Matthew sent me a virtual Christmas card, consisting of the cover of a children’s book and a greeting from Matthew and Ollie, the cat who slashed my nose open when I visited Manchester: 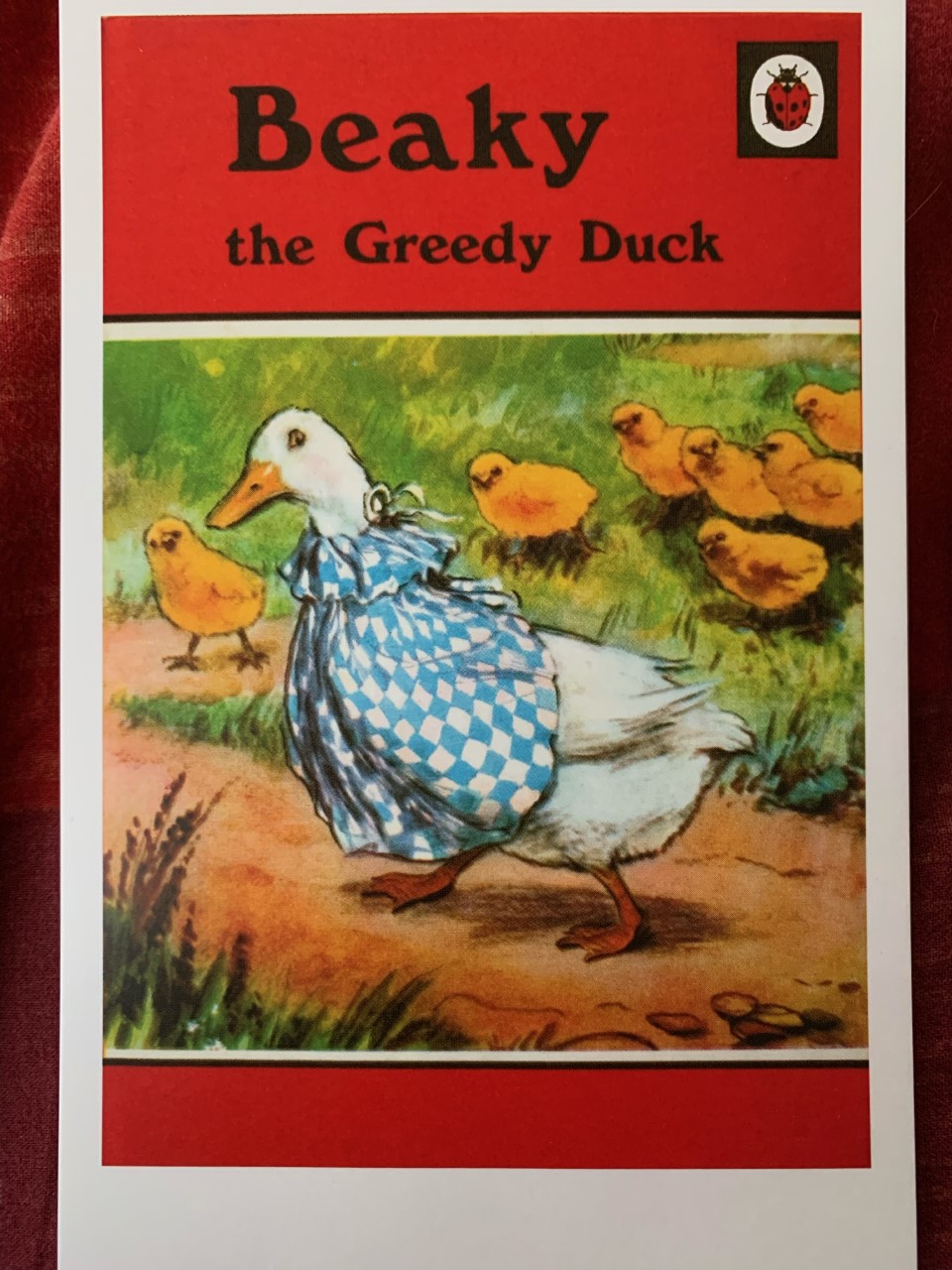 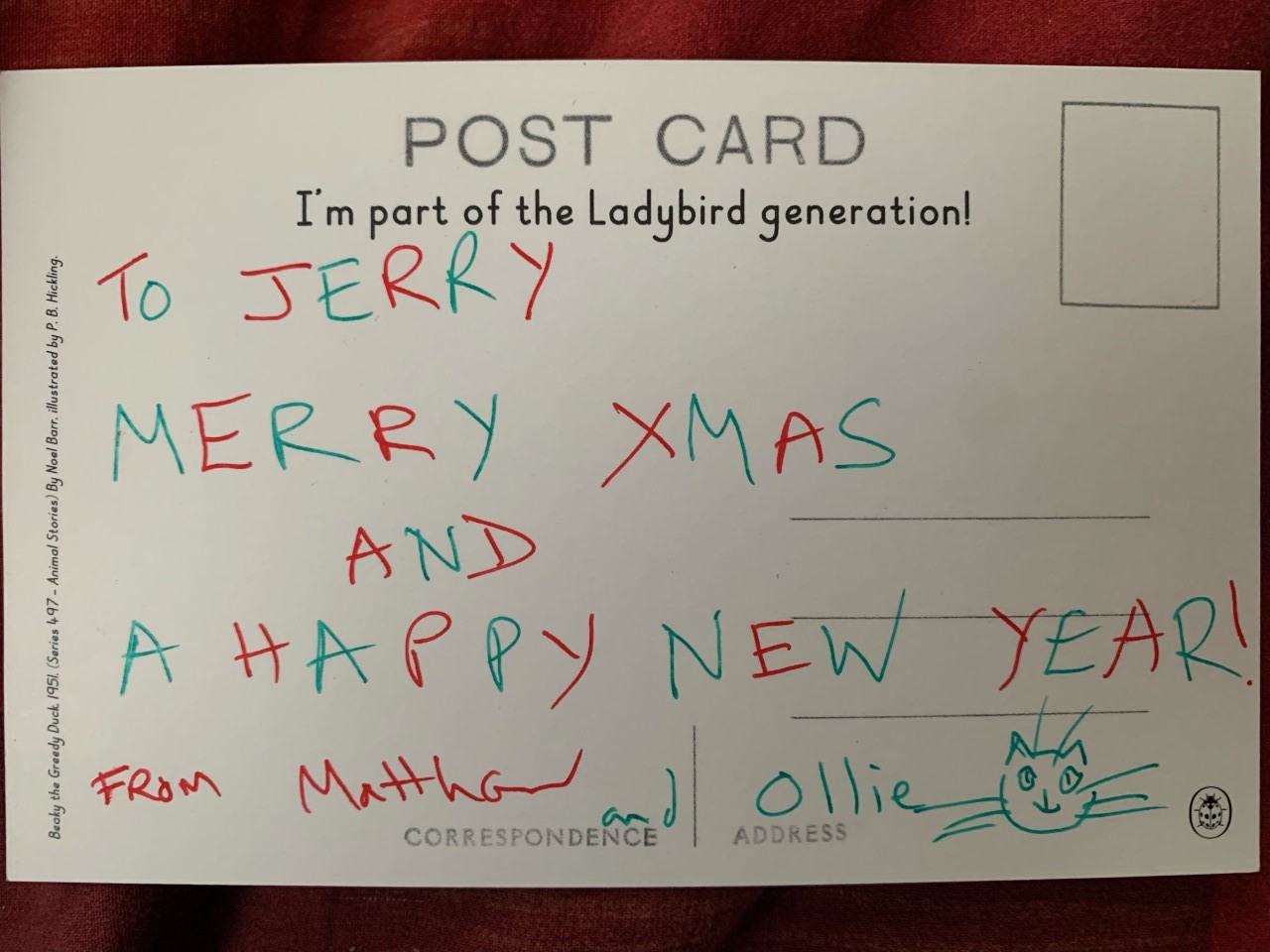 *As you know, the James Webb telescope was launched successfully from French Guyana this morning, and at the time this is posted all has gone fantastically, with the scope heading out into orbit a million miles from Earth. I hope you watched. Note that this was due to international cooperation, with collaborators from many nations.  Here’s a tweet from NASA showing our last view of the scope as it heads out a million miles from Earth. (h/t Matthew).  The only thing that marred the luanch was the head of NASA’s religious blather at the end of his speech, mentioning the star over Bethlehem, Jesus the King, and the glory of God the creator. Oy!

Here it is: humanity’s final look at @NASAWebb as it heads into deep space to answer our biggest questions. Alone in the vastness of space, Webb will soon begin an approximately two-week process to deploy its antennas, mirrors, and sunshield. #UnfoldTheUniverse pic.twitter.com/DErMXJhNQd

*Otherwise news is a downer today, with the omicron variant raging, resulting in the cancellation of over 3800 flights around the world yesterday because of infected pilots/crew or bad weather. I hope everybody reading here got to where they were going. If you are one of the canceled, here’s how to get your refund.

*If you do get to your destination, be careful if you want to rent a car. Average daily prices have risen 31% in most places, but can top $100 per day in sought-after locations like Maui or Bozeman, Montana (a ski place).  I found this out when I paid nearly $600 for an 8-day rental in Austin, Texas. The cause? Companies sold out their fleets during the pandemic, and haven’t replenished them. Don’t expect prices to drop hugely after the pandemic wanes.

*The good news—and let’s have good news today to replace the lacuna when we realize, in about three posts, that baby Jesus really wasn’t really born on this day—is that omicron is more transmissible than existing variants, it’s not as lethal. South Africa, the first place heavily infected with omicron, has lifted some restrictions:

South Africa’s government, buoyed by encouraging data showing that infections from the Omicron variant aren’t as severe, has dropped quarantine restrictions for all but symptomatic people.

That includes allowing people who have tested positive but show no symptoms to gather with others, so long as they wear a mask and social distance. A top health official explained that since the variant spreads so quickly, there are likely many infected people socializing with others and it no longer made sense to quarantine only those who have tested themselves.

The move was yet another step toward a slow acceptance that many countries around the world will likely need to find a way to live with Covid, rather than avoid it.

*Senator Joe “Roadbump” Manchin has shown some signs that he’ll favor “taxes on billionaires”, raising hopes that the Democrats can still pass the Build Back Better Bill, albeit in a scaled down form. But Kyrsten Sinema is making grumpy noises:

Sen. Kyrsten Sinema (D-Ariz.), long the biggest hurdle to Democrats’ tax aspirations, has again in recent days raised concerns about some of the revenue measures the party is pursuing.

In particular, Sinema has questioned whether owners of “pass-through” entities — companies structured so the owner “passes through” income onto their personal income tax returns — should be exempted from a new “surtax” intended to fall on the very rich, two people familiar with the matter said. These people spoke on the condition of anonymity to reflect private conversations

The White House was forced to dramatically revamp its tax proposals after Sinema previously ruled out increasing the corporate tax rate, which Biden initially sought to raise from 21 percent to 28 percent.

*Now this is much better. Two brothers in New Hampshire have given new meaning to the word “regifting”:

Two New Hampshire brothers have gotten their holiday regifting skills down to an art — they’ve been passing the same hard candy back and forth for over 30 years.

It started in 1987, when Ryan Wasson gave a 10-roll Frankford “Santa’s Candy Book” with assorted fruit flavors to his brother, Eric Wasson, as a joke for Christmas, knowing that Eric wouldn’t like it.

“I didn’t eat them,” Eric Wasson told WMUR-TV. “And so the next year I thought, ‘Hey, I think I’m going to give it back to him. He’ll never remember.’”

But Ryan immediately recognized it. They’ve been taking turns ever since, keeping a log of their exchanges. They’ve gotten creative about it.

Ryan Wasson told the station the candy has been frozen in a block of ice and put in Jell-O, adding, “He one time sewed it into a teddy bear.”

The tradition has also involved family members, co-workers and even a sheriff’s department. Last year, it was presented to Ryan Wasson on a silver platter at a restaurant. 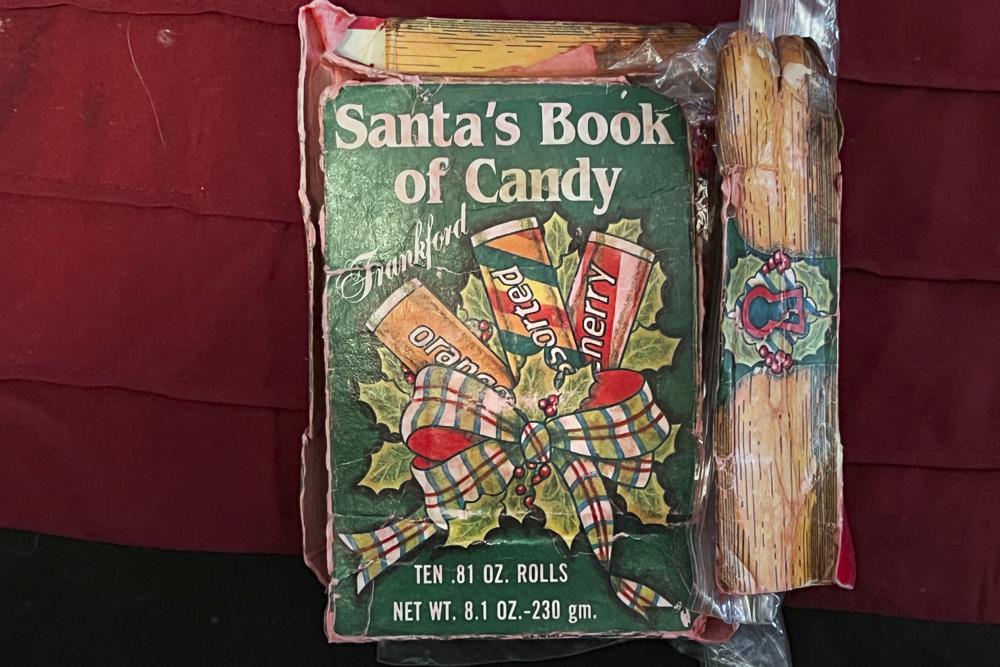 Note the first entry on the right-hand page: 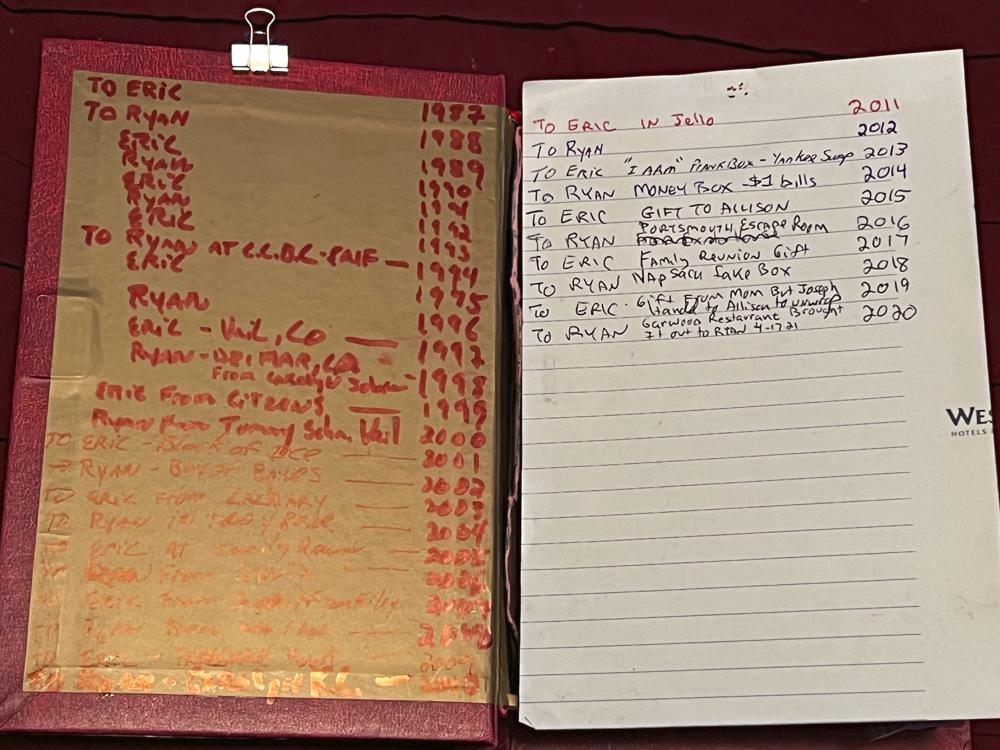 The Lie of the Year Award goes to this guy. Click on the screenshot to read about it:

Stuff that happened on December 25 includes:

We’ll have a post today by Peter Nothnagle about the “history” of the Nativity.

Here’s an “arm reliquary of Charlemagne at Aachen Cathedral Treasury”: 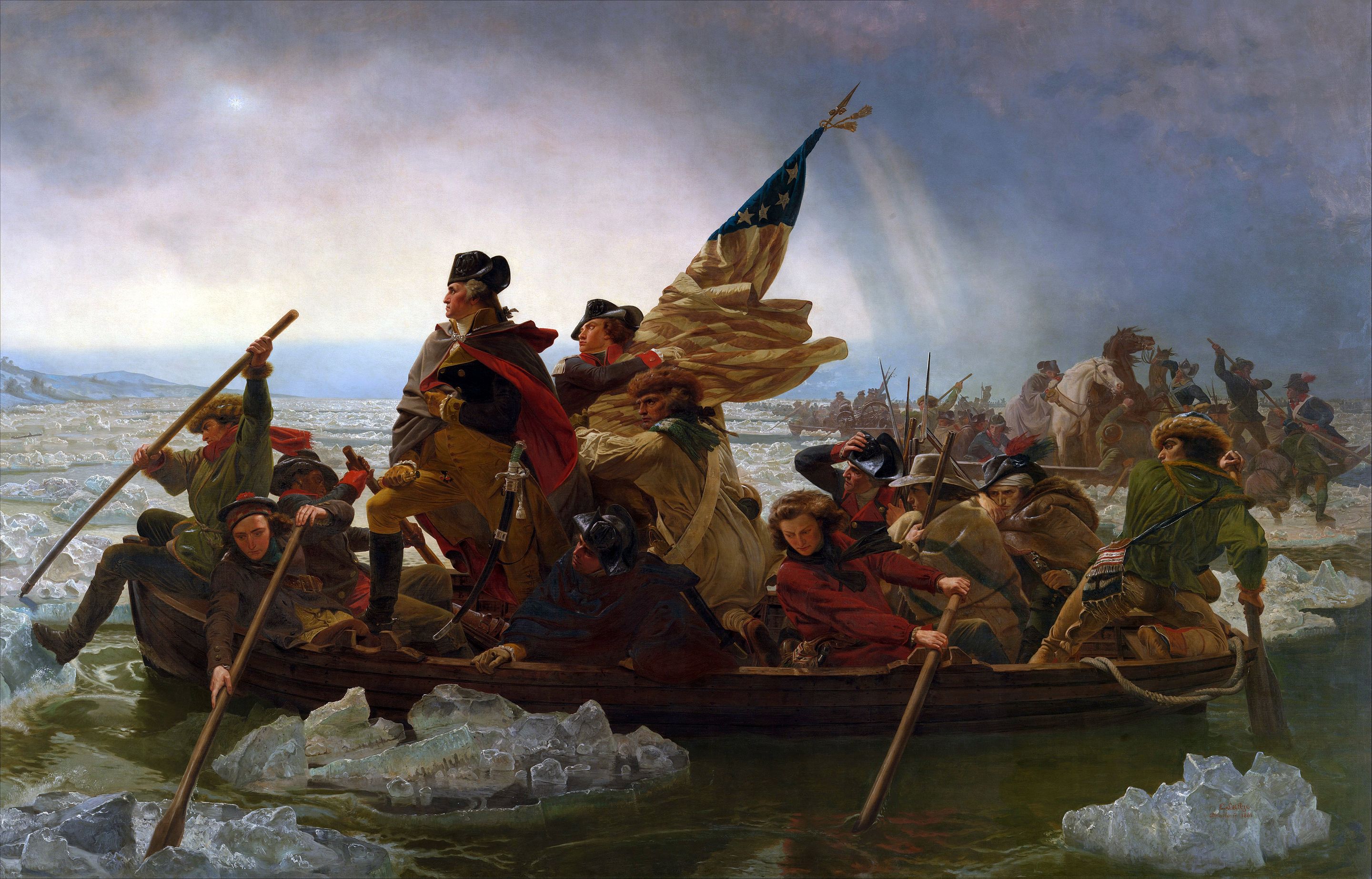 With no anesthesia! It must have been benign, for the woman lived 32 years after the operation.

You can see a documentary and some video of the execution here. The firing started too quickly for the cameraman (yes, they filmed it) to capture the whole thing.

A portrait of Jesus, apparently painted from life. (He doesn’t look very Jewish.) 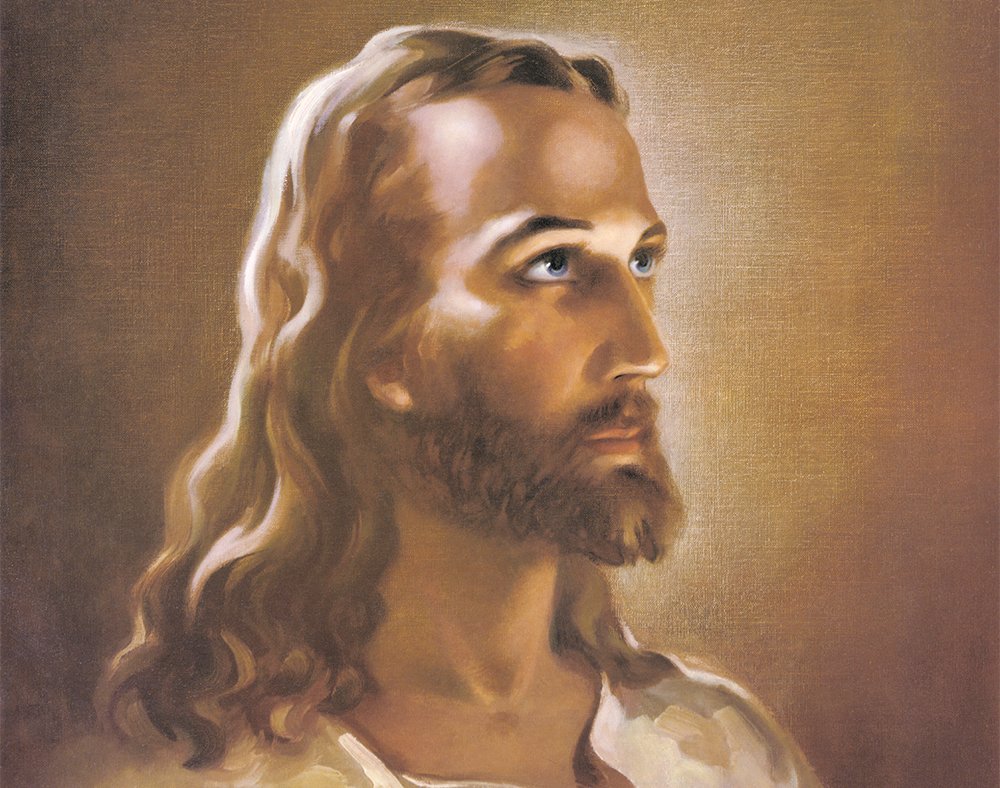 Barton worked tirelessly to help the wounded soldiers of the Union in the Civil War. Here’s a photo of her in 1866, shortly after war’s end: 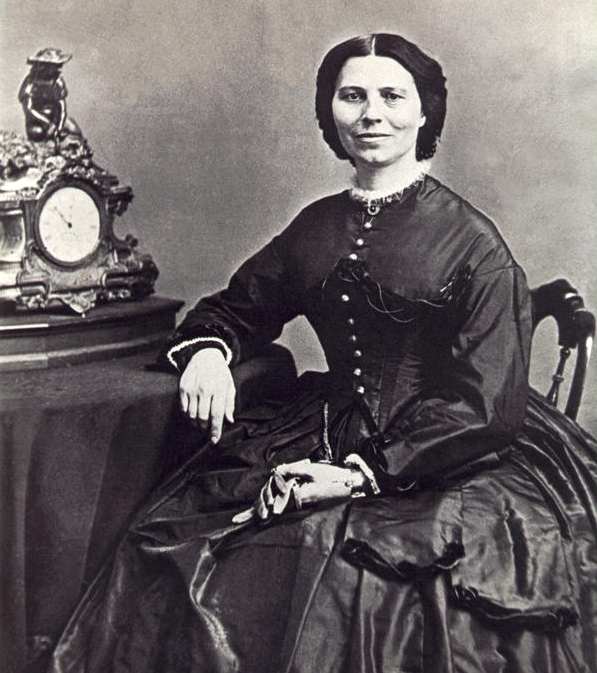 A scene from “The Big Sleep”:

Cab was a great bandleader and, shall we say, an “energetic” one. Here is is conducting his most famous hit, “Minnie the Moocher“:

Here’s the music video for my favorite Buffett song, and he begins by explaining what and who’s in the video:

Those who passed away on December 25 include:

Miró painted a fair number of cats; this one is “The Farmer’s Wife, Kitchen, Cat, Rabbit”, with a detail of the moggy: 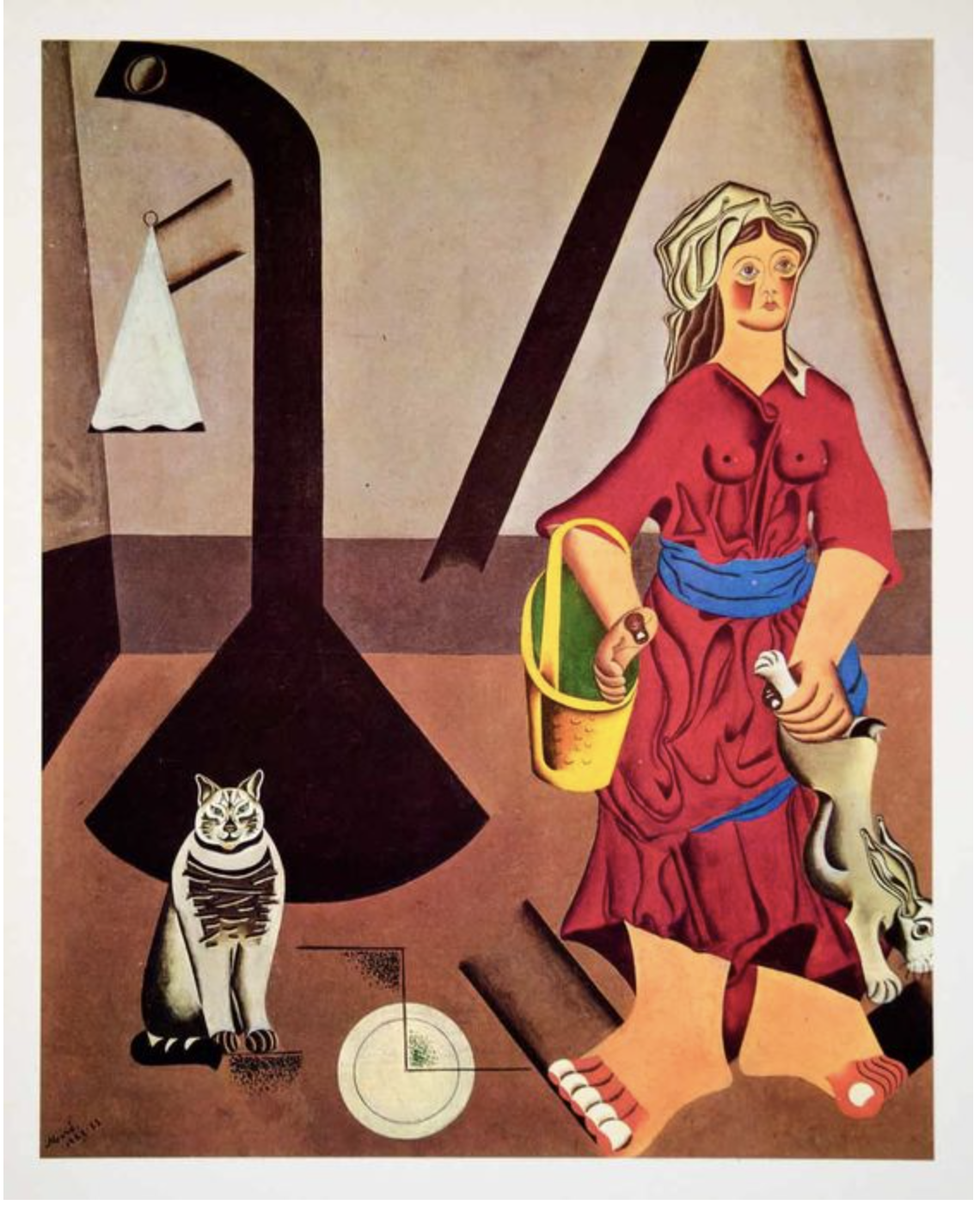 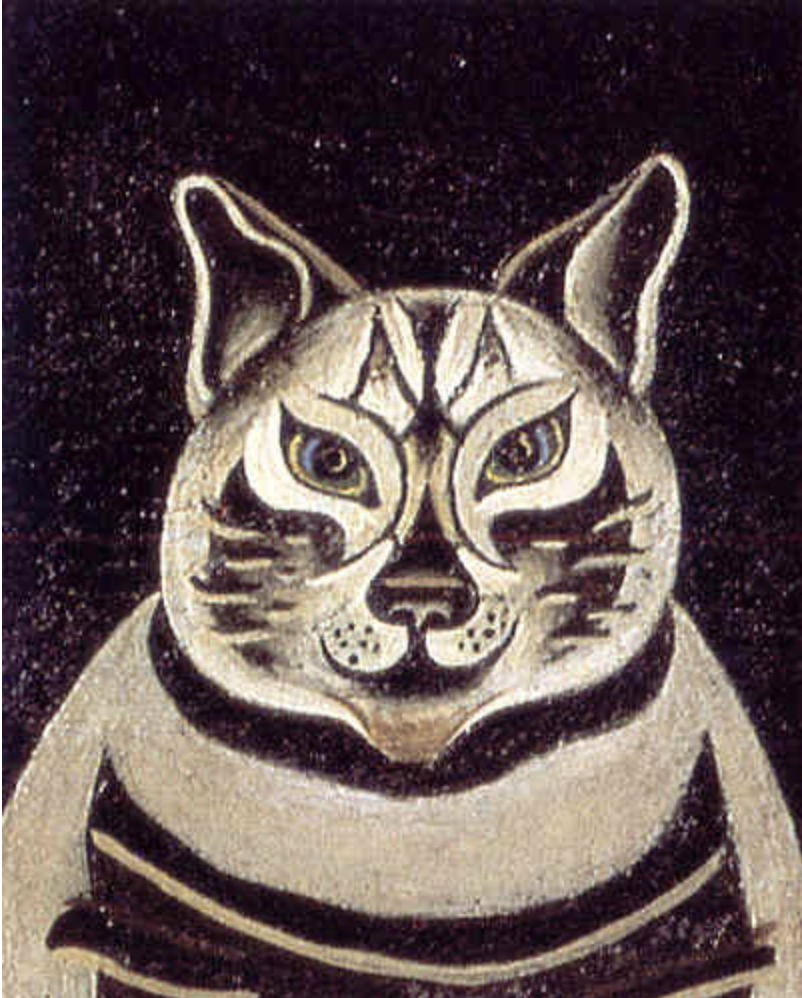 Meanwhile in Dobrzyn, Andrzej and Hili are speaking of determinism:

A: I know what you are thinking about!
Hili: But I don’t know yet. 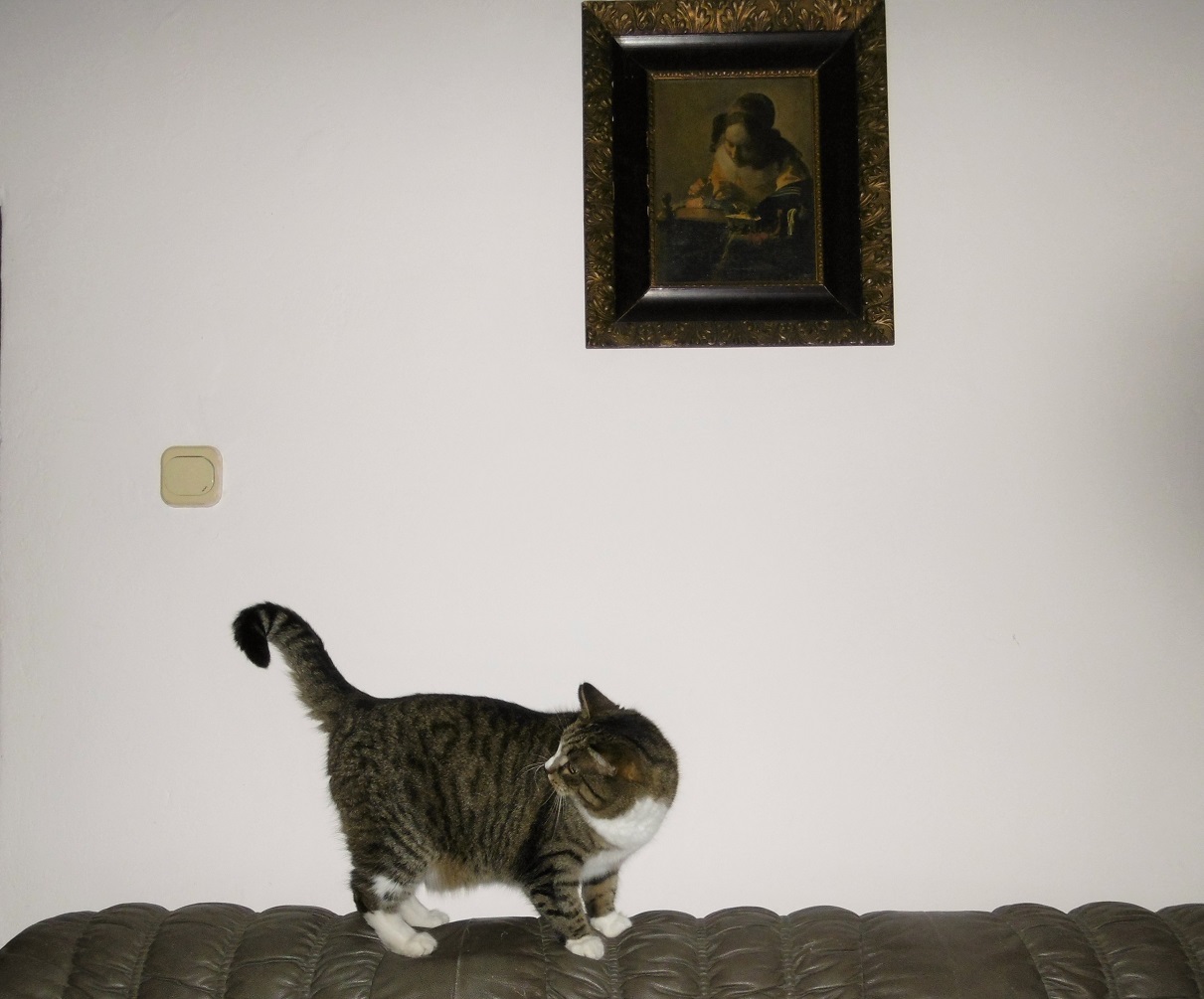 And from nearby Wloclawek, Mietek has a wish:

Mietek: Have a wonderful Christmas!

From The Far Side: 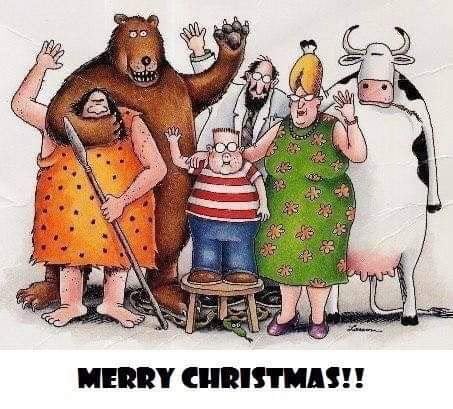 A Hitchens cartoon from reader Barry: 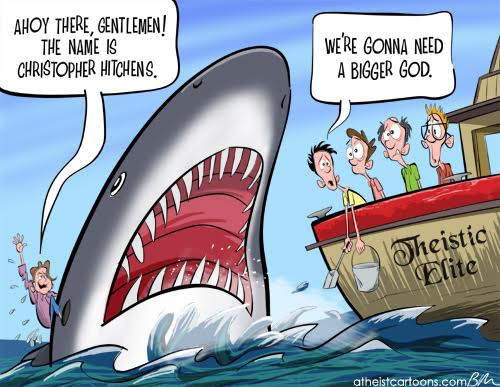 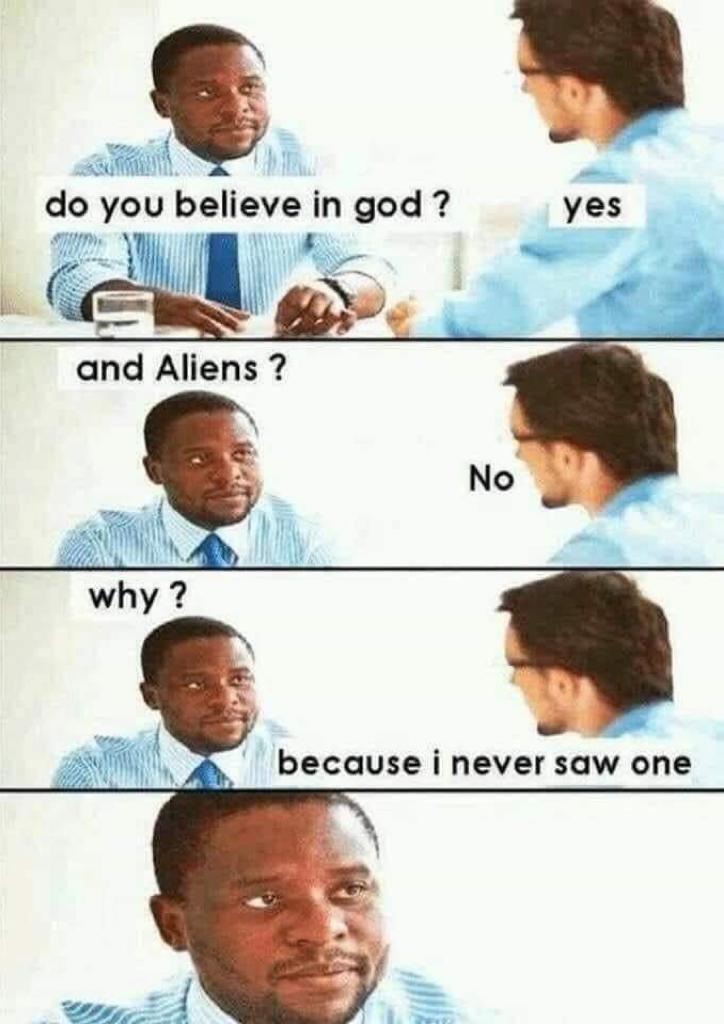 Below, a Christmas Meme from Andrzej. You don’t really need a translation, but here’s one from Malgorzata, “”IKA.  Christmas Tree – a set to assemble at home.”

And the meme came with a Christmas message from Andrzej and Malgorzata:

Andrzej: “We wish all our readers fascinating conversations with their four- legged friends, a nice atmosphere together with their two-legged loved ones, and frequent return to ‘Listy‘”. 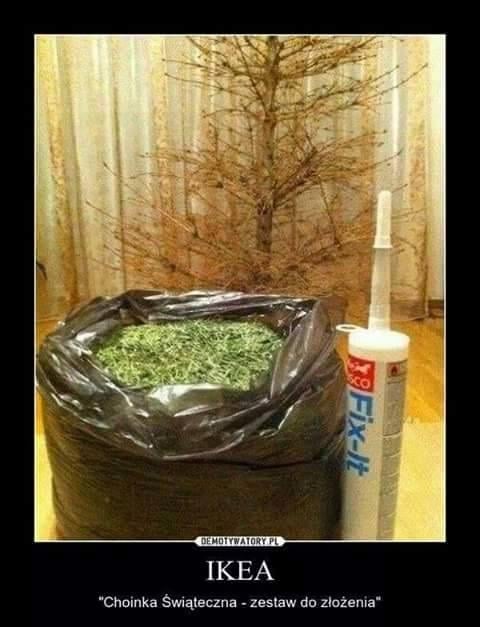 It’s sad that many Democrats reduce Iran to a “nuclear issue”. While they criticise many authoritarian states for repressing dissent (and rightly so), they remain largely unmoved when the Islamic Republic of Iran does the same. Because, you know, nuclear deal is more important! https://t.co/SejuLHsadx

From Gethyn: Can you spot the kitty? I couldn’t! Readers, help!

There is a cat.

From Simon. Yes, sound on, and remember that an elephant never forgets. This is a heartwarmer.

Elephants reunite with their caretaker after 14 months..

Tweets from Matthew. The first from Jennifer Ouellette, and I put the relevant video below it. It’s great: a human choreography of a starling murmuration:

Crabs on the move!

Look at how excited these Emerita analoga (Pacific sand crabs) are that it’s almost #Crustmas day!! Watch all 17s of video (so long, I know) to see how their burial shifts the bit of shell around. #sealife #marinebiology #plymopostgrad #crabs pic.twitter.com/Bb94a8jX8h

I was worried about the frog, but it’s apparently okay:

Photographer James Snyder found this little guy in his back yard and initially thought he was dead. After taking a couple photos, Snyder was able to safely pull the light out of the frog, though he reports that the frog didn’t seem happy about it.