MERRY CHRISTMAS!  Here’s a present to the world from science—international science.

I know people are up in Europe, and if you’re an early riser in America, you’ll want to see this too (the Kiwis and Aussies will be asleep unless they’re night owls). The James Webb Space Telescope will be launched today, on Christmas Day, at 7:20 Eastern U.S. time, or 6:20 Chicago time. I’m already up at 4:30 to do my ablutions and have coffee before the big takeoff. The good news is that many Americans will be forced to be awake by early-rising kids who want to open their presents.

When this is posted it will be 6 a.m. Eastern U.S. time: 1 hour and 20 minutes to go! And the NASA feed below will have begun.

You know what’s happening: the space telescope, far more powerful than the Hubble, will provide oodles of scientific information, including detecting infrared light from billions of years ago. You can read about it at Wikipedia, or at the NASA site

A feed from the NASA site that does have commentary (click on screenshot to go to NASA t.v.): 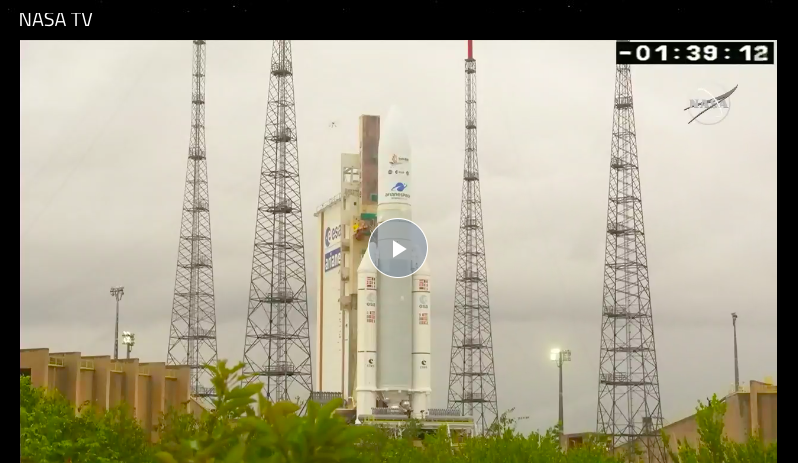 And another live feed:

I believe all conditions are go (things are “nominal”, as they say), and only weather or one other thing could mess up the launch (xkcd cartoon courtesy of Matthew):

23 thoughts on “Wake up! Space telescope to be launched today at 7:20 Eastern time.”