Mark Sturtevant sent me these photos last October, and I’ve been remiss in not posting them. (BTW, readers, how about giving yours truly a gift of photos for the site as a Coynezaa present?)  Mark’s captions and IDs are indented, and you can enlarge the photos by clicking on them.

Deep in a remote forest, a strange but also new kind of moth suddenly dropped onto a leaf in front of me. This is the dark-spotted palthis, Palthis angulalis. 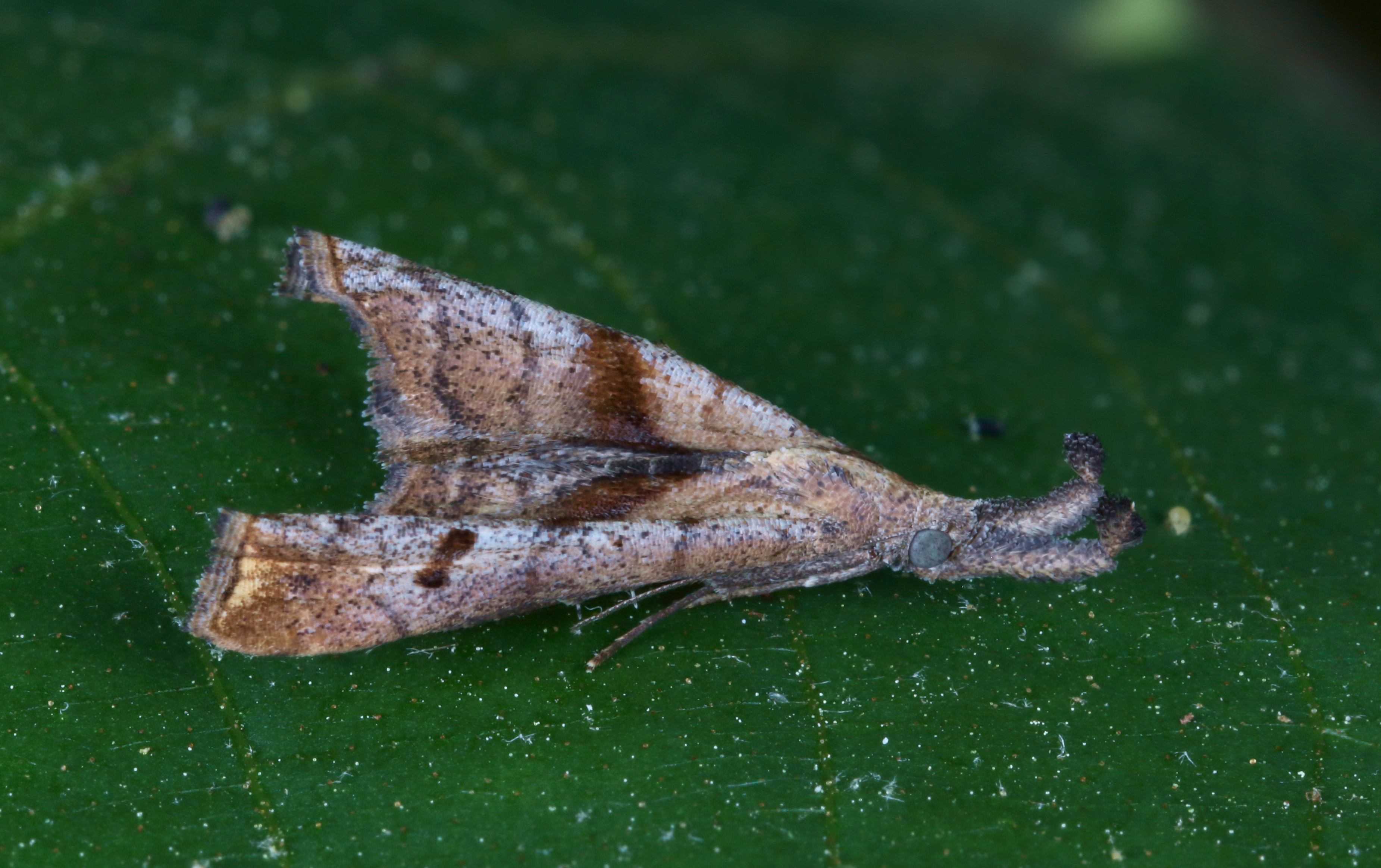 Next up is a broad-headed bug nymph (Alydus eurinus). These Hemipterans are seed feeders, but the nymphs are great ant mimics. In keeping with that, they are also very erratic and darty in their movements. Different species resemble different ant models. This one looks like a common species of carpenter ant. 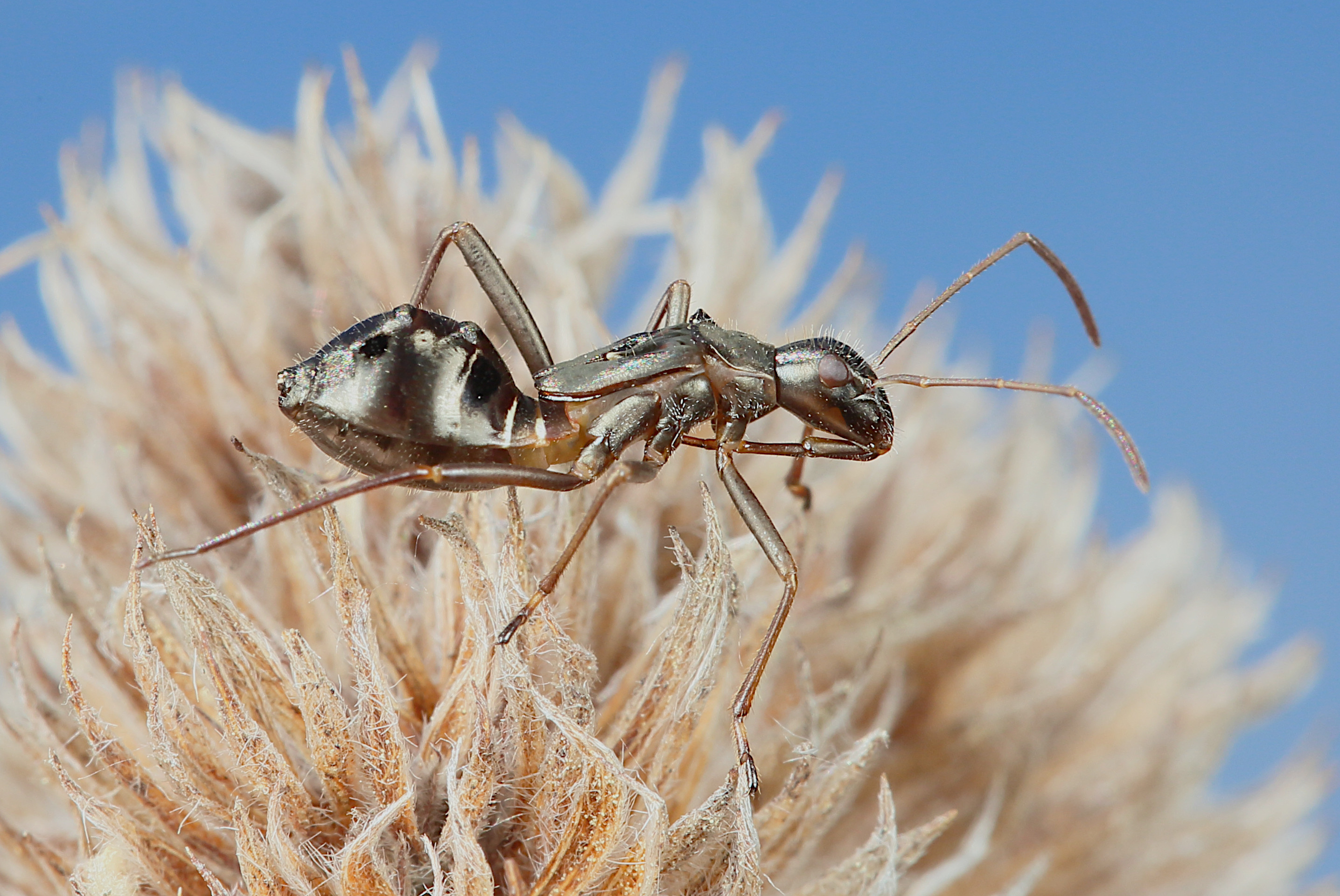 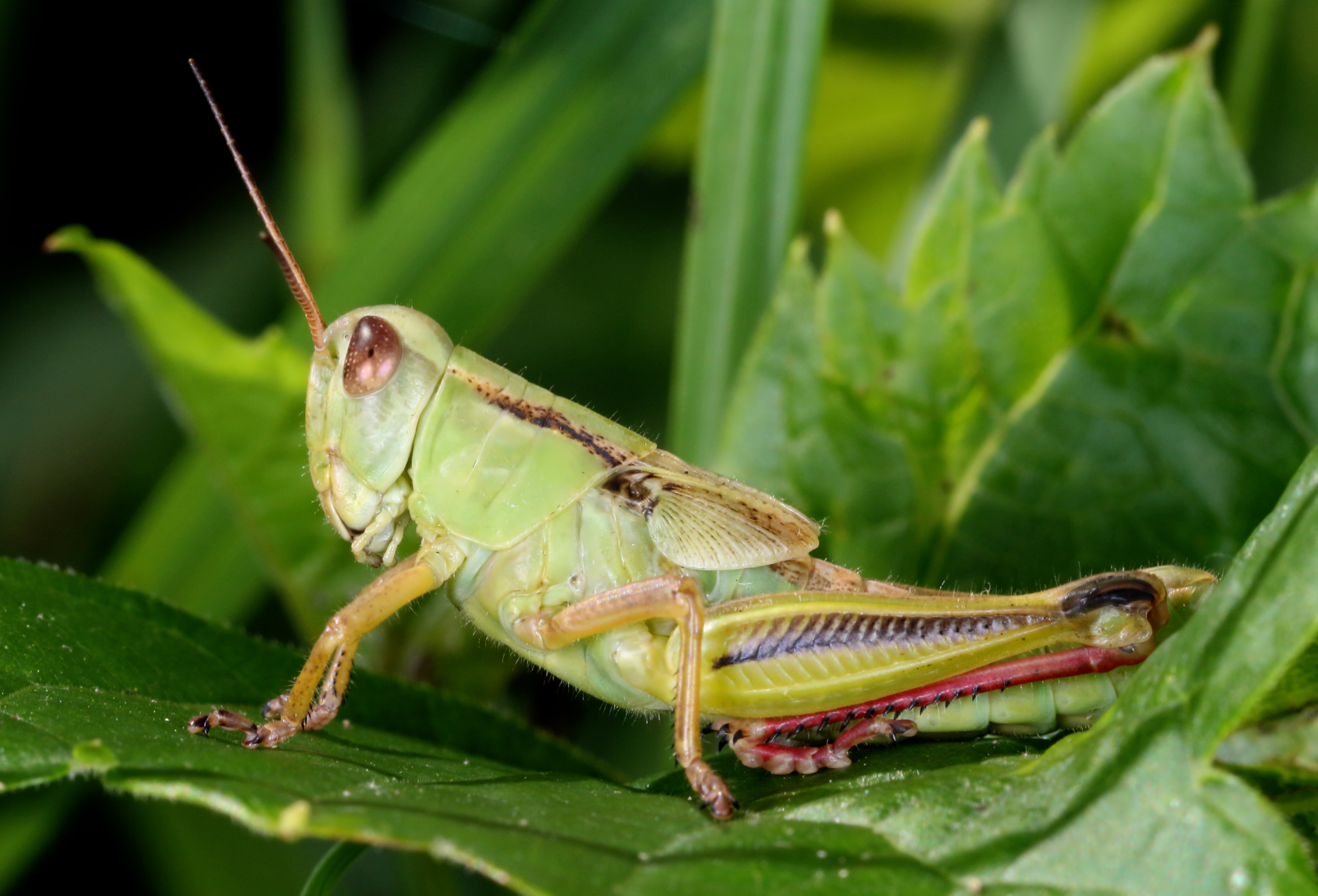 The tiny insect shown next is a male minnow mayfly (Callibaetis sp.), with its very weird compound eyes that are thought to be used to look for females. The picture is focus stacked from pictures taken by hand on the dining room table. 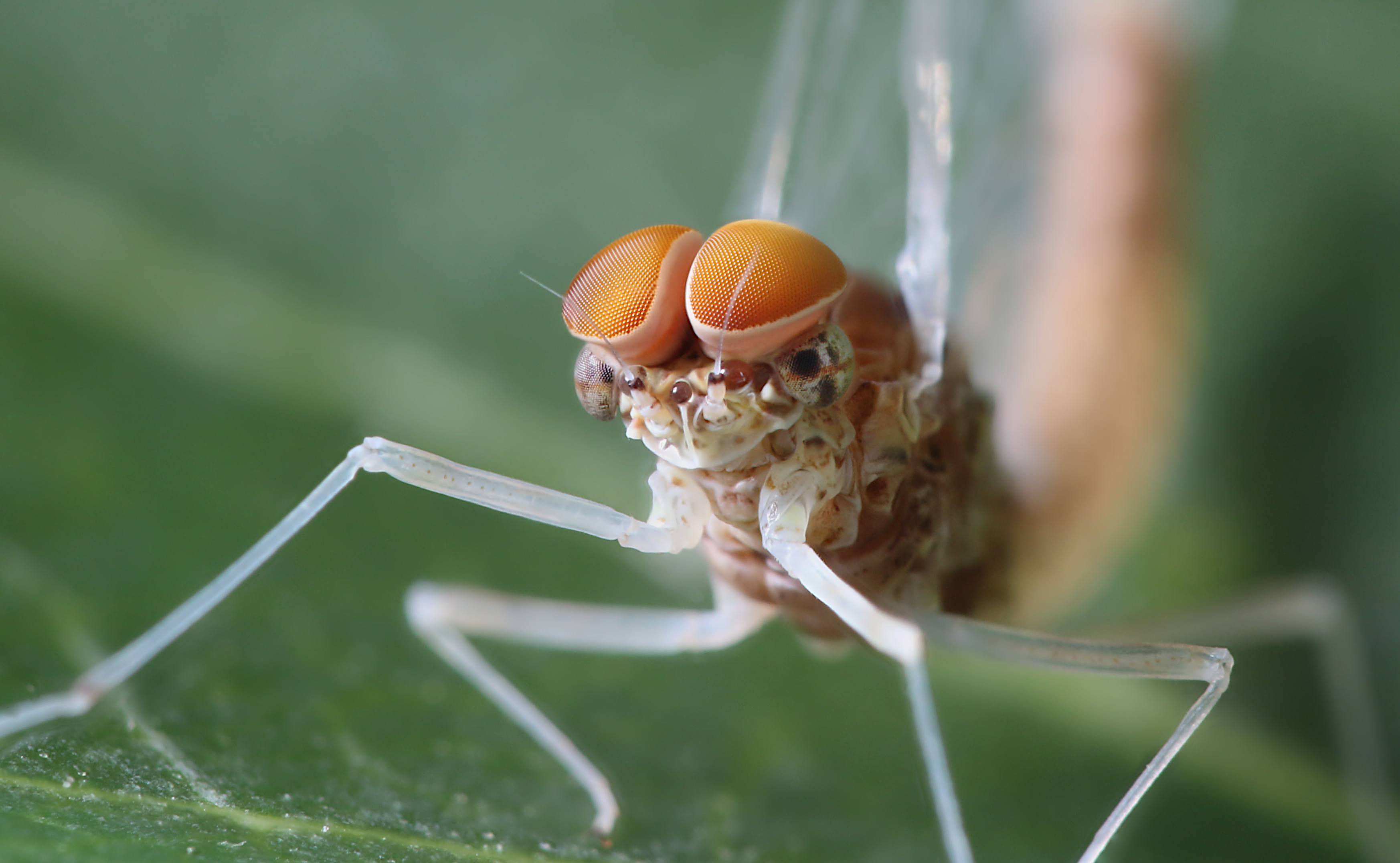 The caterpillar shown next is kind of beautiful, but it is not welcome! This is the larva of the Lymantria dispar, a.k.a. the gypsy moth (although that common name is now being retired, and I have not seen a new name for it). Introduced into this country in the 1800s, it has been slowly migrating westward. I began to see them a couple years ago, and now they are getting obnoxiously common. The reason they are bad news is because gypsy moth caterpillars can become highly numerous at times, and do severe damage to a wide range of hardwood tree species on which they feed. I have more pictures of their different life stages to share later (unfortunately). 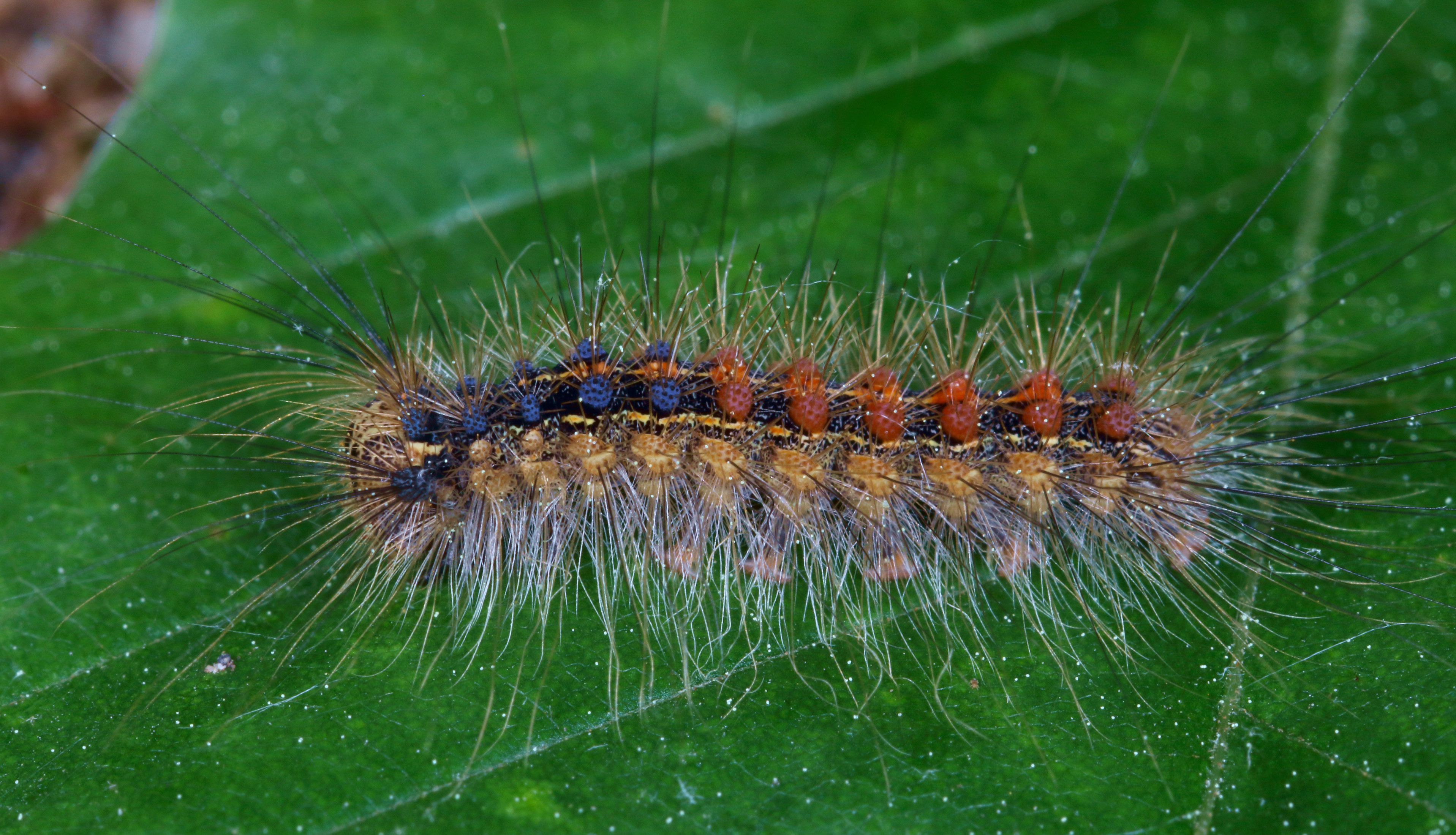 Continuing with caterpillars, here is a tiny and rather weird Geometrid larva that is called the horned spanworm (Nematocampa resistaria). 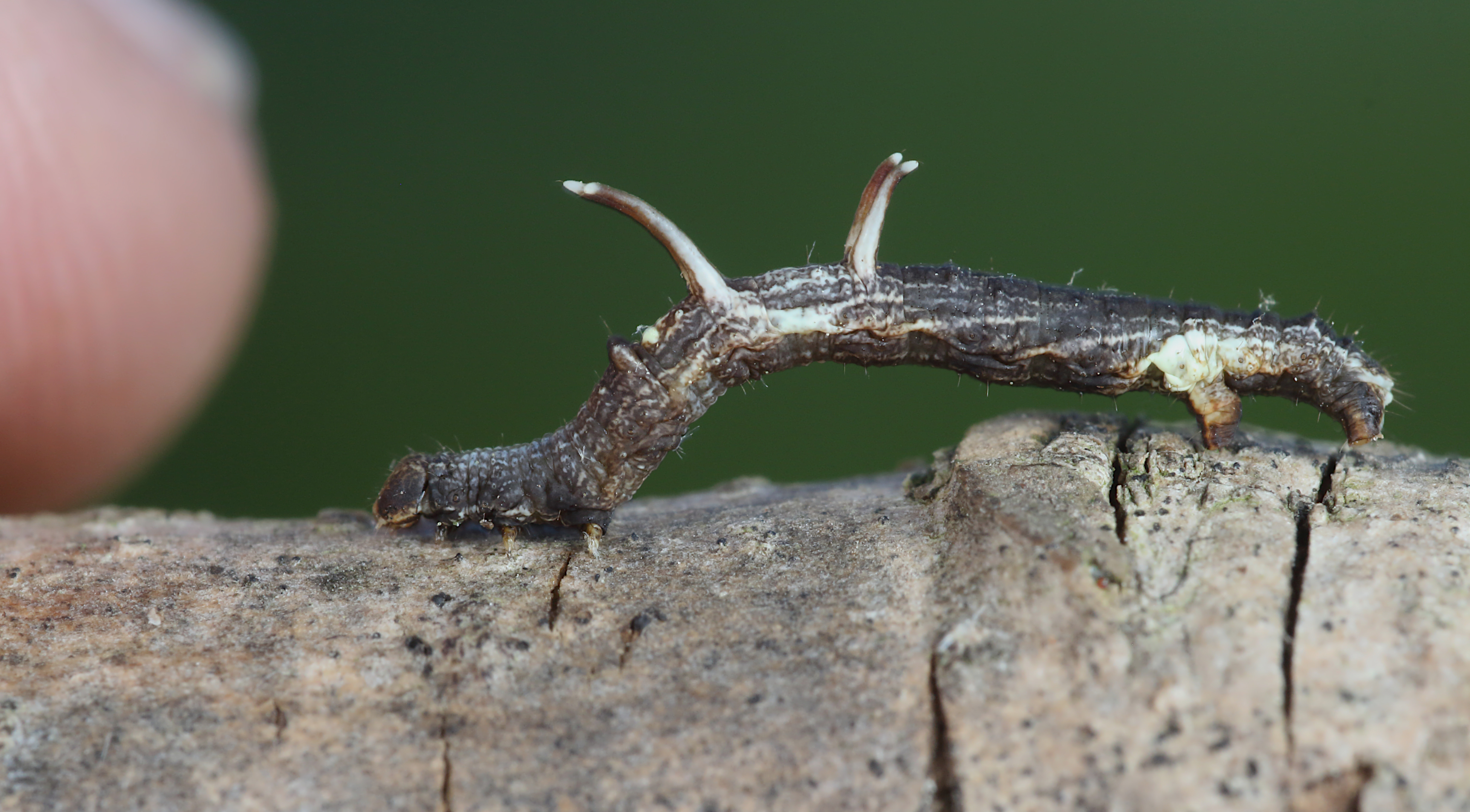 One day I foolishly waded out into a sandy river with the “big camera” to take this rather atmospheric picture of bluet damselflies. Damselflies in this group are tricky to identify, but it looks like a mixed group here. I’ve tentatively identified the three in the middle to be azure blueets (Enallagma aspersum), and the ones on the far left and right as skimming bluets (E. geminatum). There is a tiny squabble going on at far right, where a male skimming bluet has landed behind a mated female azure bluet who is being guarded by her mate. The female is saying “buzz off!” to the cheeky male by beating her wings and arching her abdomen. 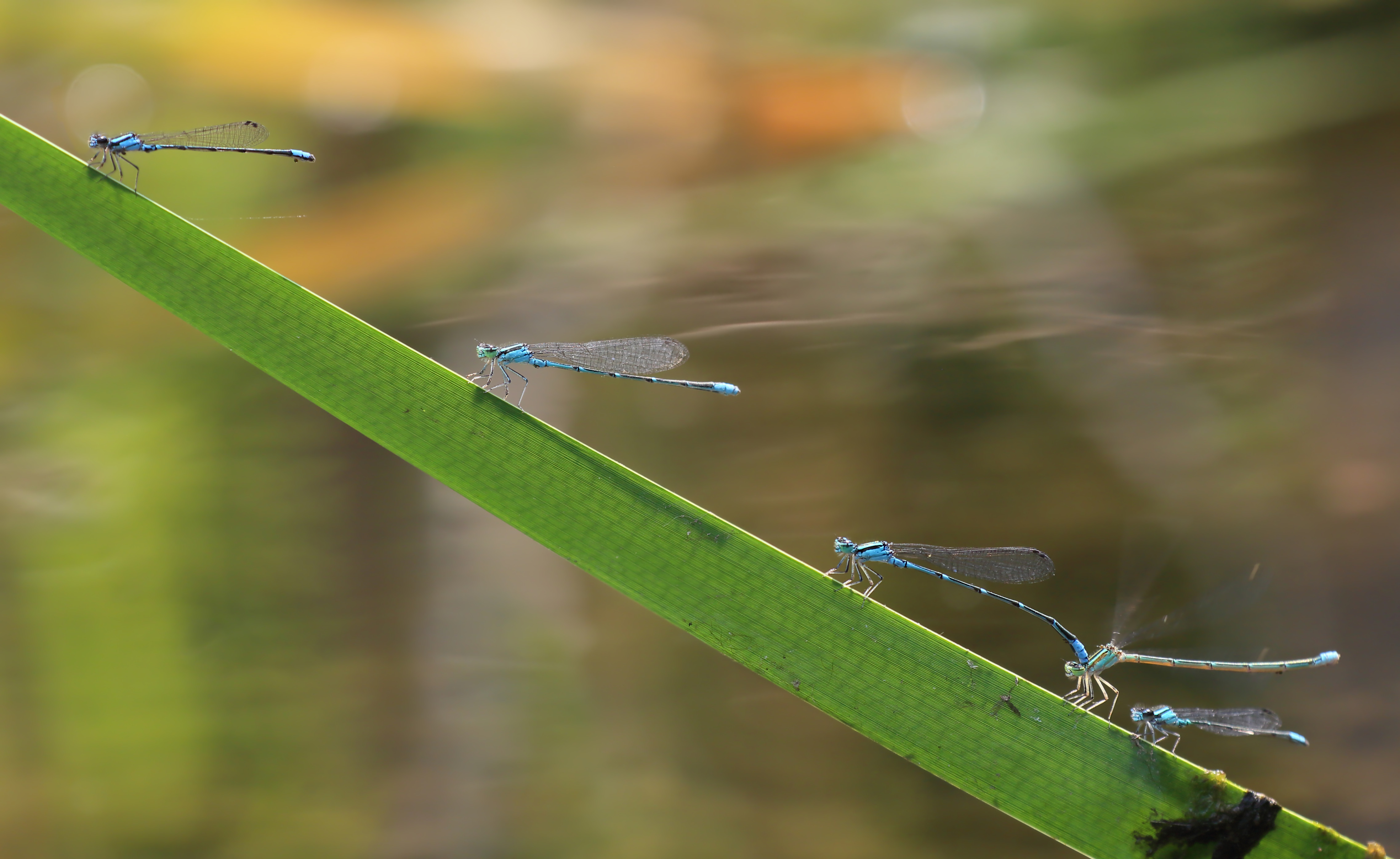 The spider shown in the next picture came as a present to be unwrapped. There was this leaf, neatly woven together with silk into a distinct ball. I carry scissors with me, and this was used to carefully cut open the leaf to reveal the darker form of one of our nursery web spiders (Pisaurina mira) with a freshly made egg sac. Not nearly as big as the other species I see around here, which is scary big, but this one had a leg span over two inches. I am holding the leaf in my hand, knowing that she will be very reluctant to run out of her retreat.

I later carefully fastened the leaf deep into a bush so that the budding family was well protected. 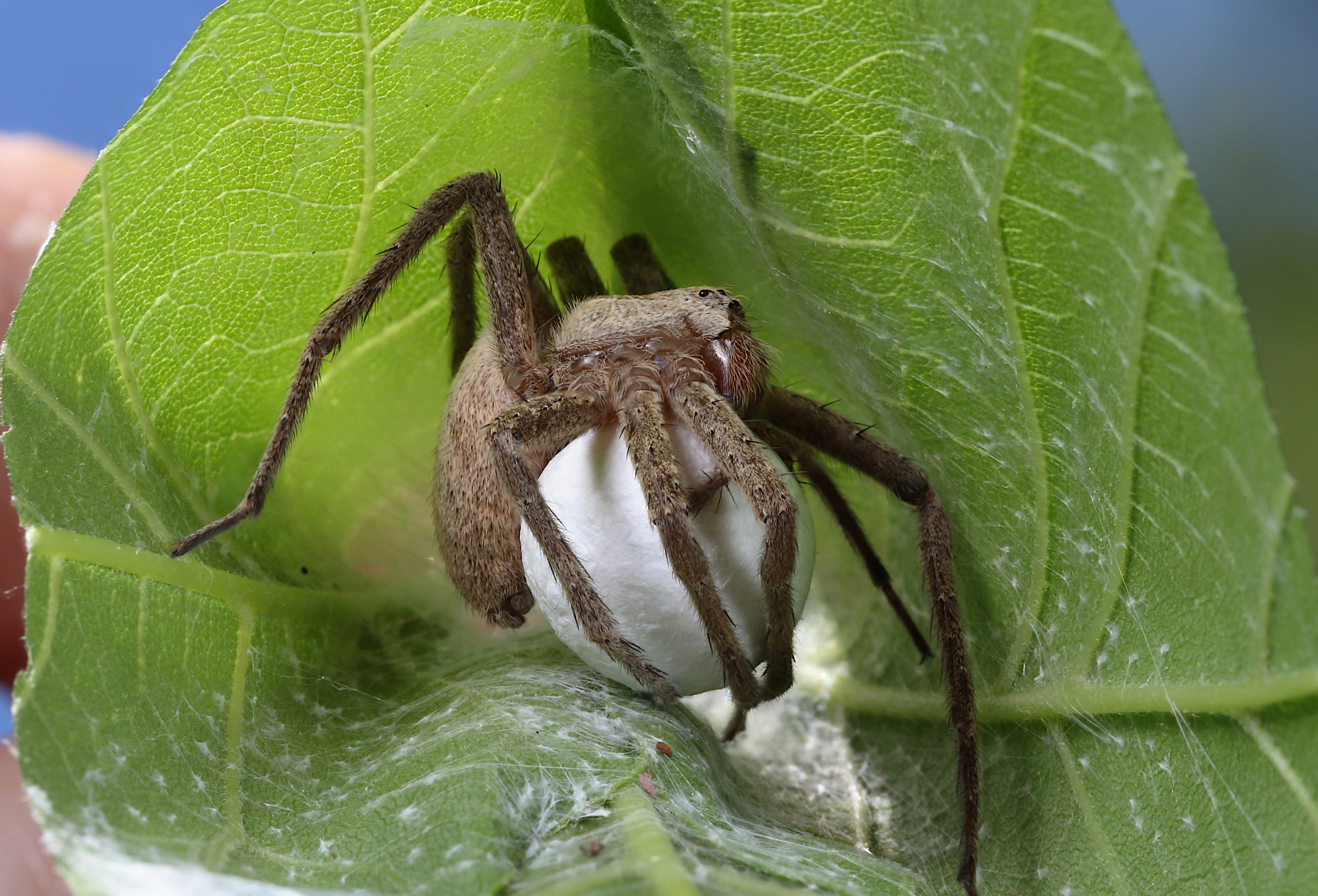 And finally, deep in a remote forest, I came across a creepy kind of fungus that is appropriately known as “dead man’s fingers” (Xylaria polymorpha). Every time I see these, I am reminded of a story related to me about some parents who were on a nature hike with their young daughter. They came across this fungus protruding from the ground at the daughters’ feet, and so they excitedly pointed it out and said “Oh, look! Dead man’s fingers!” It did not go over well. 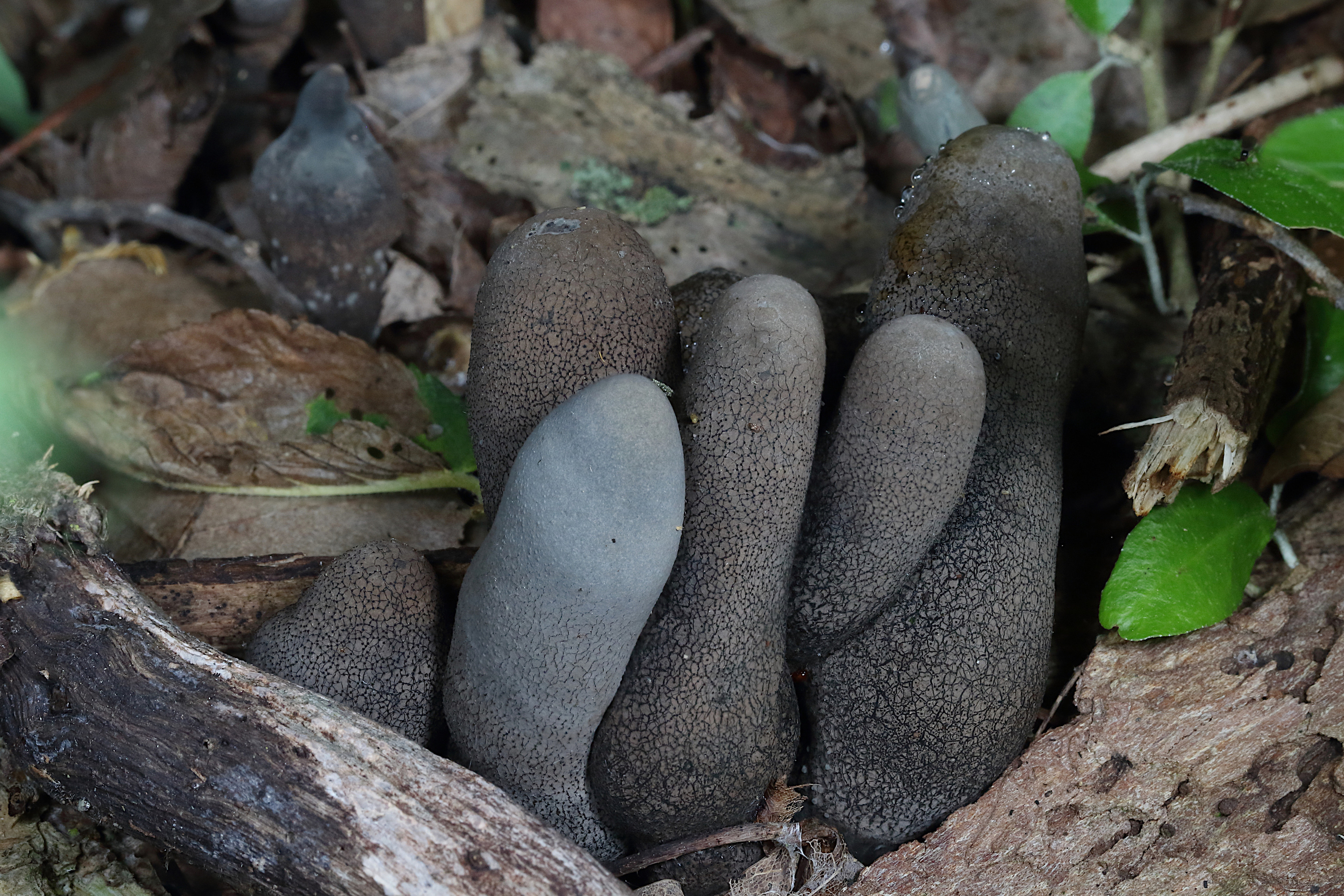