I issue once again a call for readers’ photos, and would appreciate submissions of good photos.

Today’s contribution comes from regular Jim Blilie, showing a youthful trip to western Canada in (mostly) black and white. His captions are indented, and you can enlarge his photos by clicking on them:

These are all in black and white, mostly Kodak Tri-X Pan. These are from a trip to Jasper National Park, Banff National Park, and Mount Robson Provincial Park in Alberta and British Columbia in September 1981.  We were all poor college students, so we camped in tents and drove by car, straight through from St. Paul, Minnesota, over about 28 hours each way.  Brutal road-tripping.  Manitoba, Saskatchewan, and Alberta are BIG!  But the prize at the end was worth it.  We had phenomenal fall weather and great wildlife viewing.

First three are a close encounter with a bull elk (Cervus canadensis).  We got CLOSE to the wildlife.  I think I’d stand further back these days!  50mm lens, 135mm lens 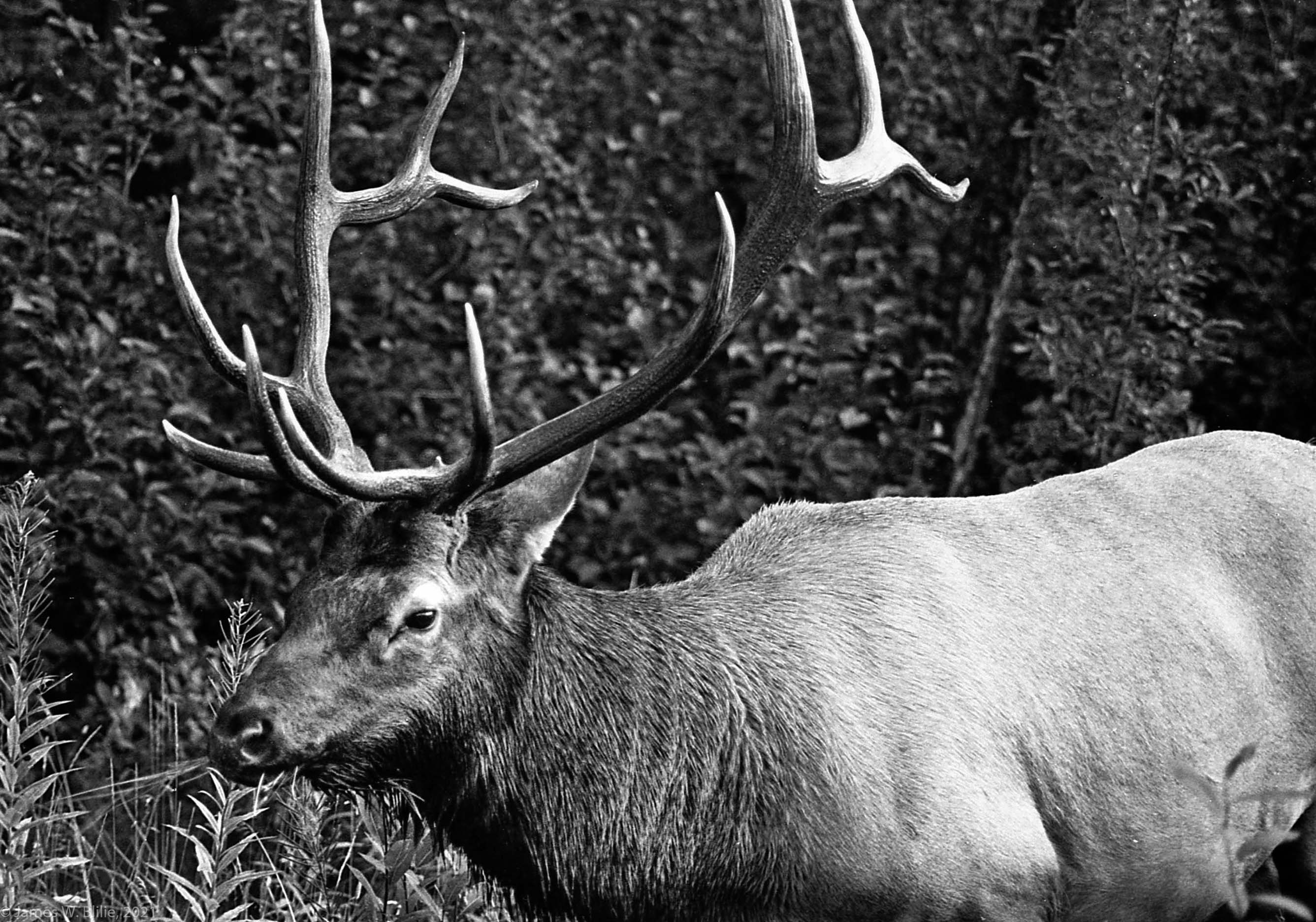 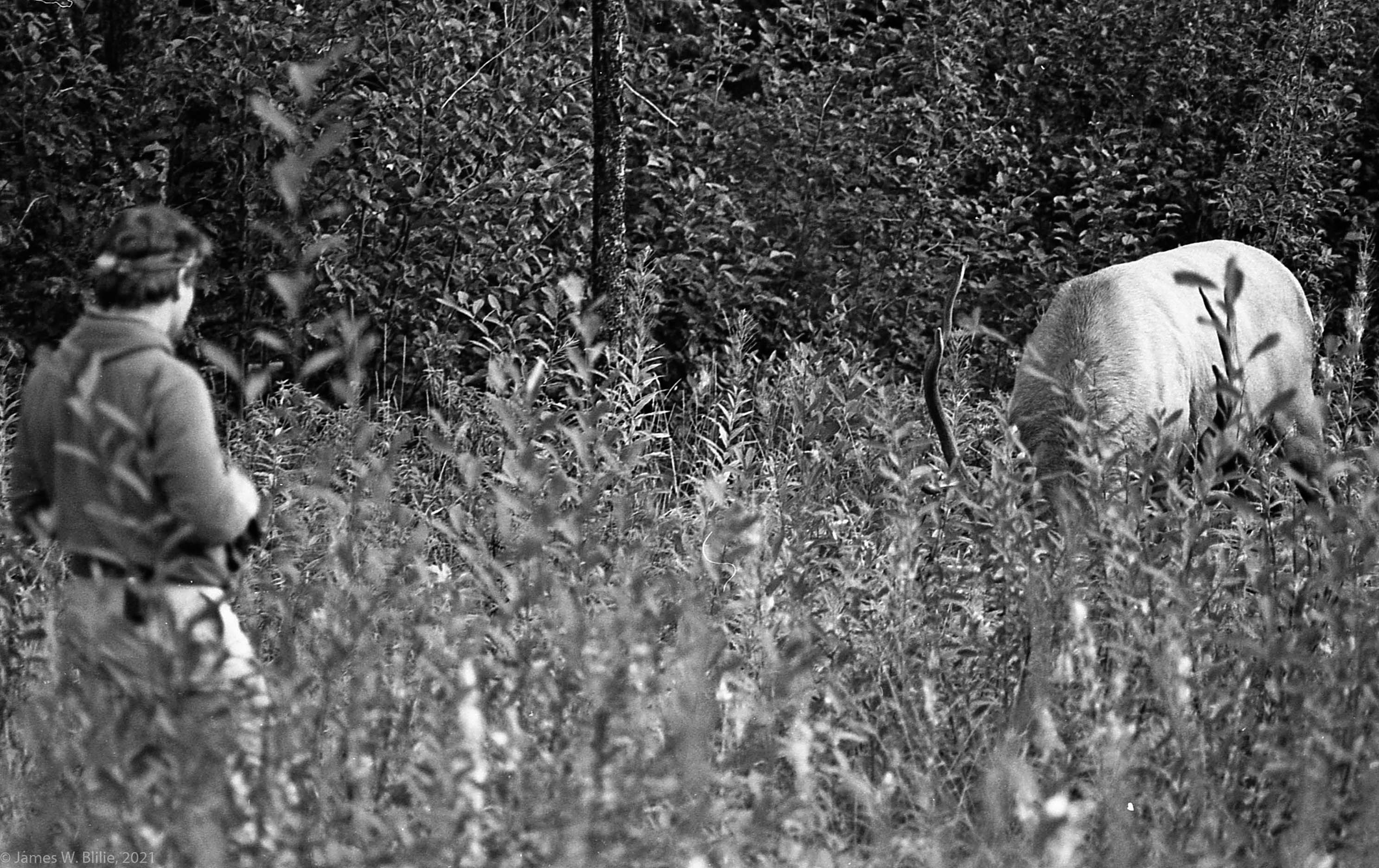 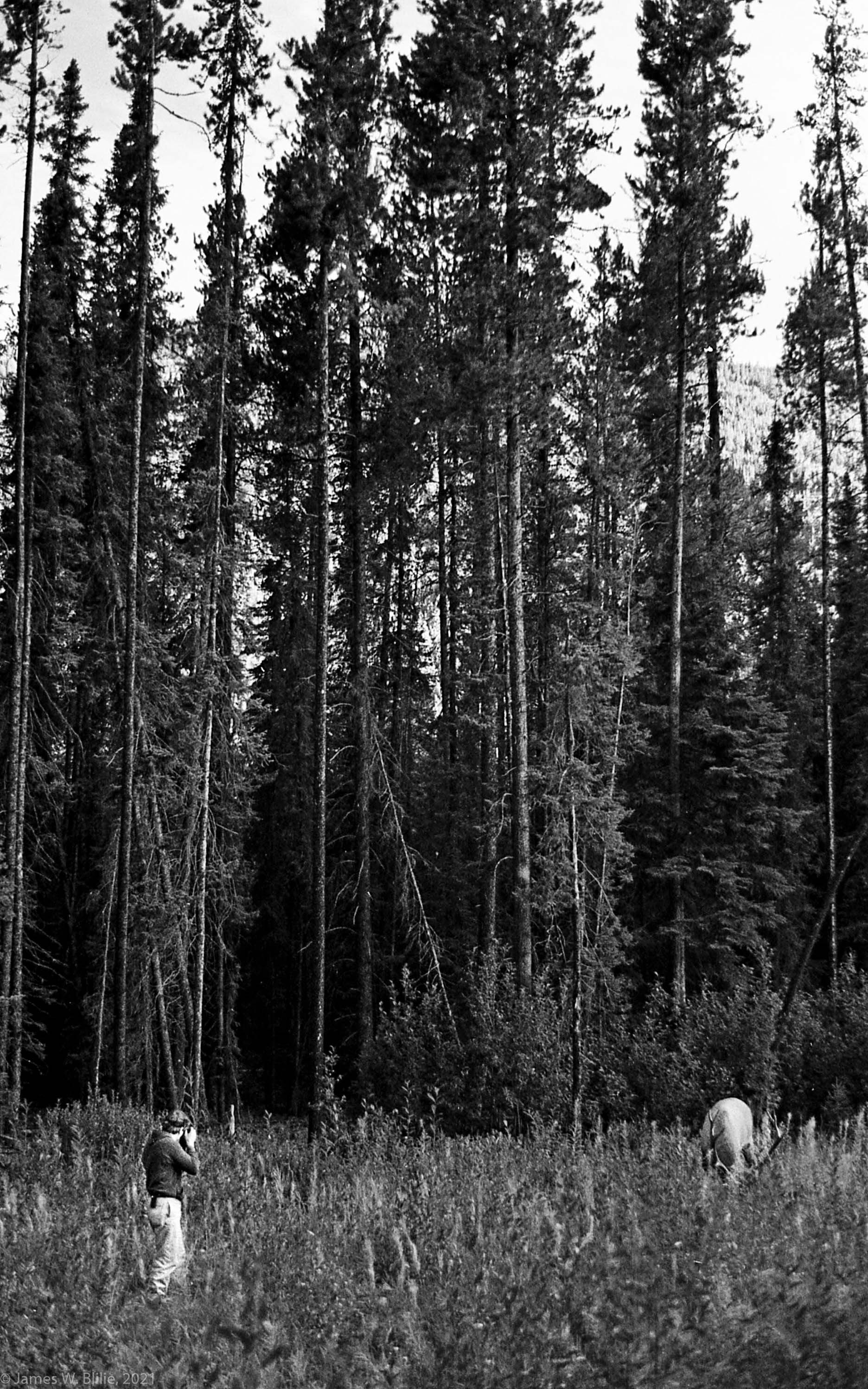 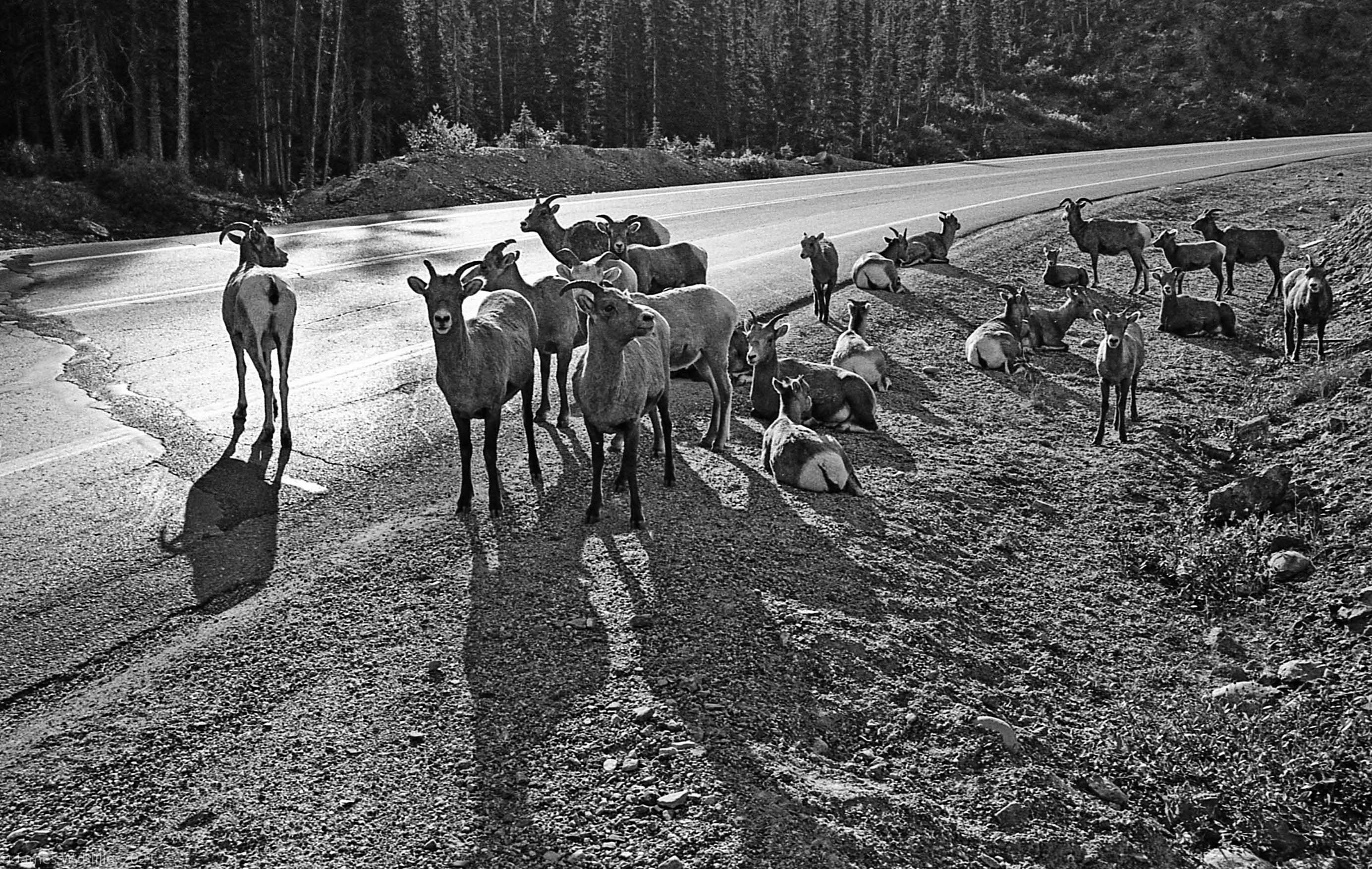 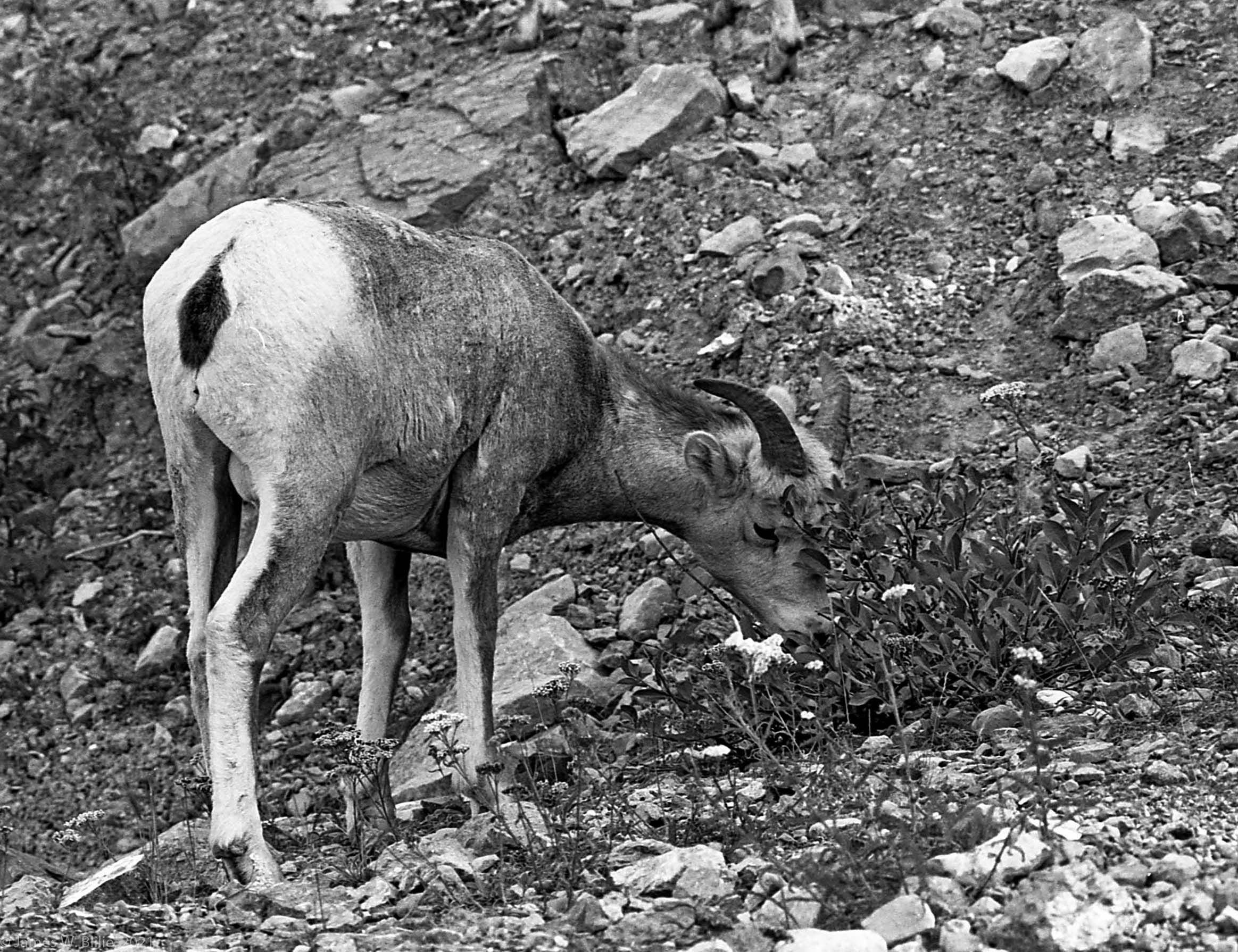 Next is a moose.  This photo is taken with a 50mm lens on 35mm film.  I was TOO CLOSE to this bull moose (Alces alces). 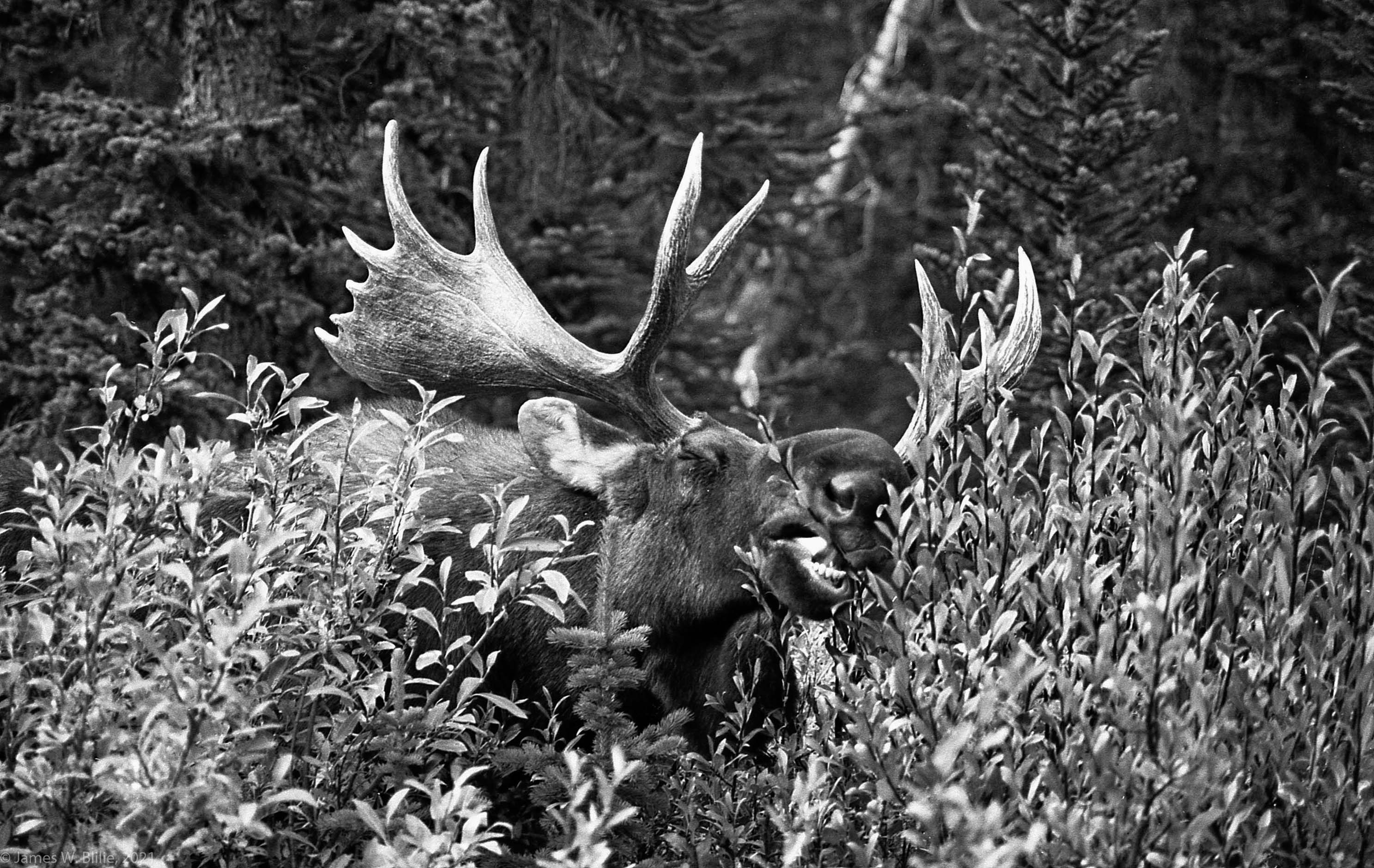 Next are two shots of a herd (flock?) of Mountain Goats (Oreamnos americanus), which are neither sheep nor goats.  Again, all with a 50mm lens. 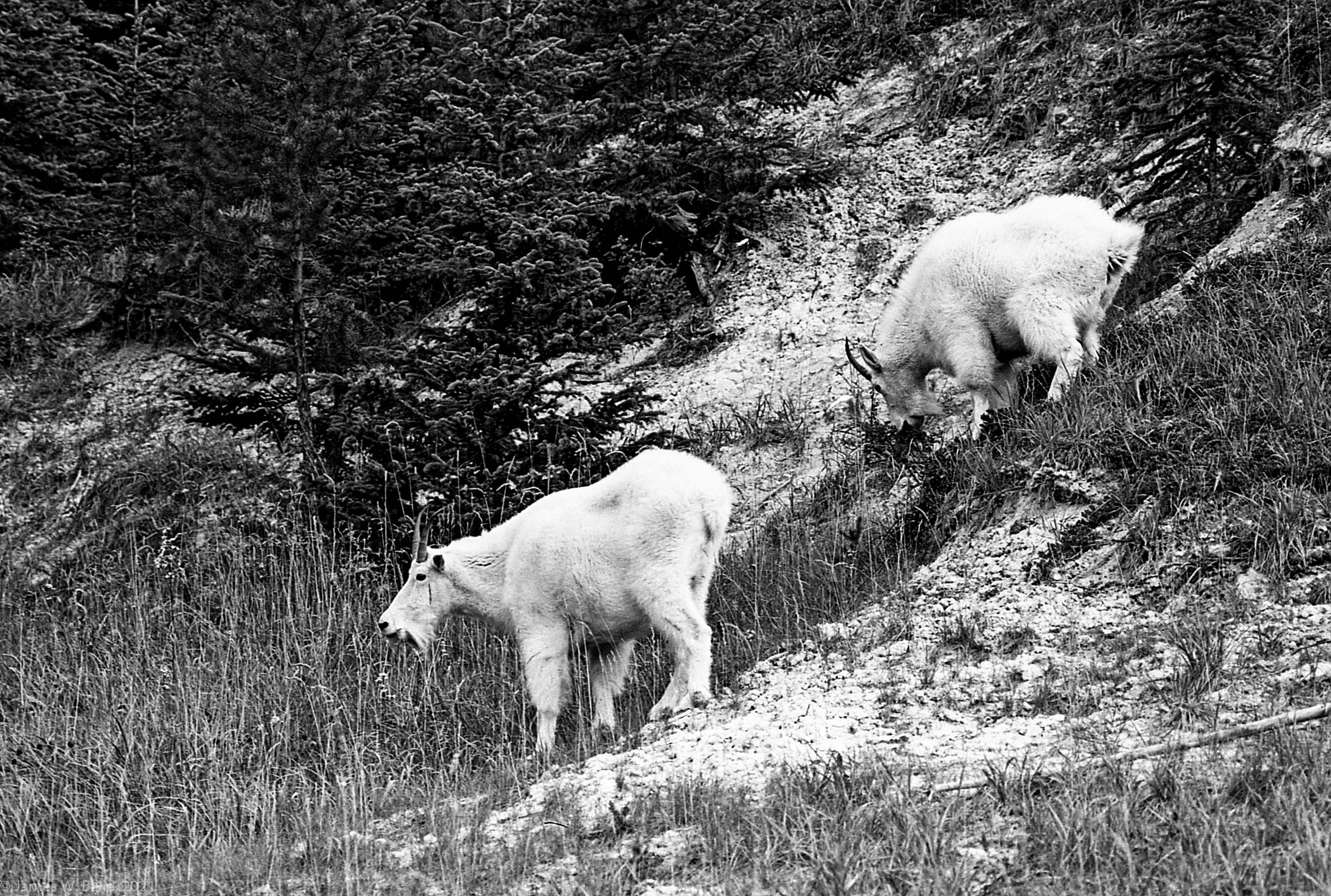 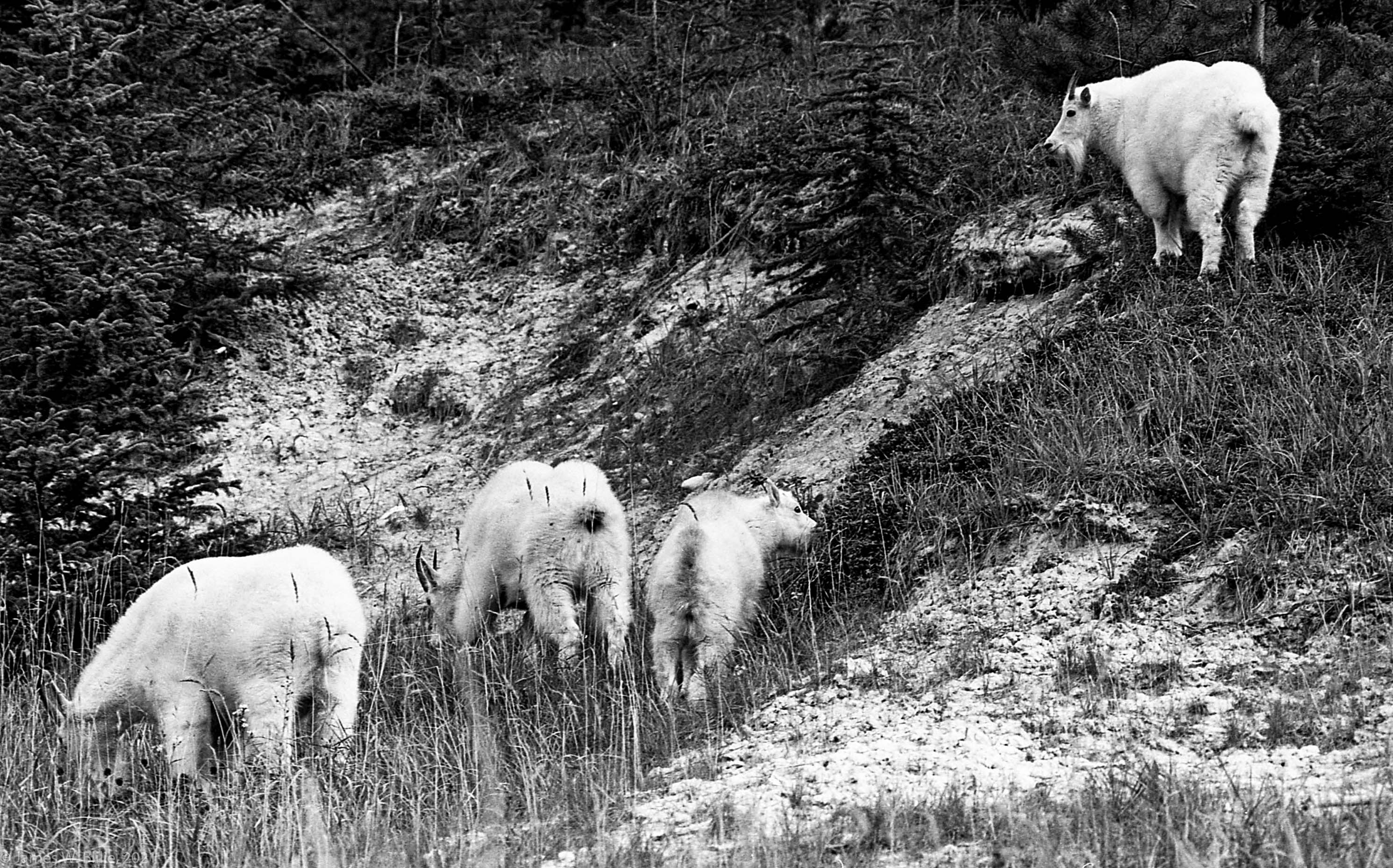 Next, a few scenery shots from this trip. 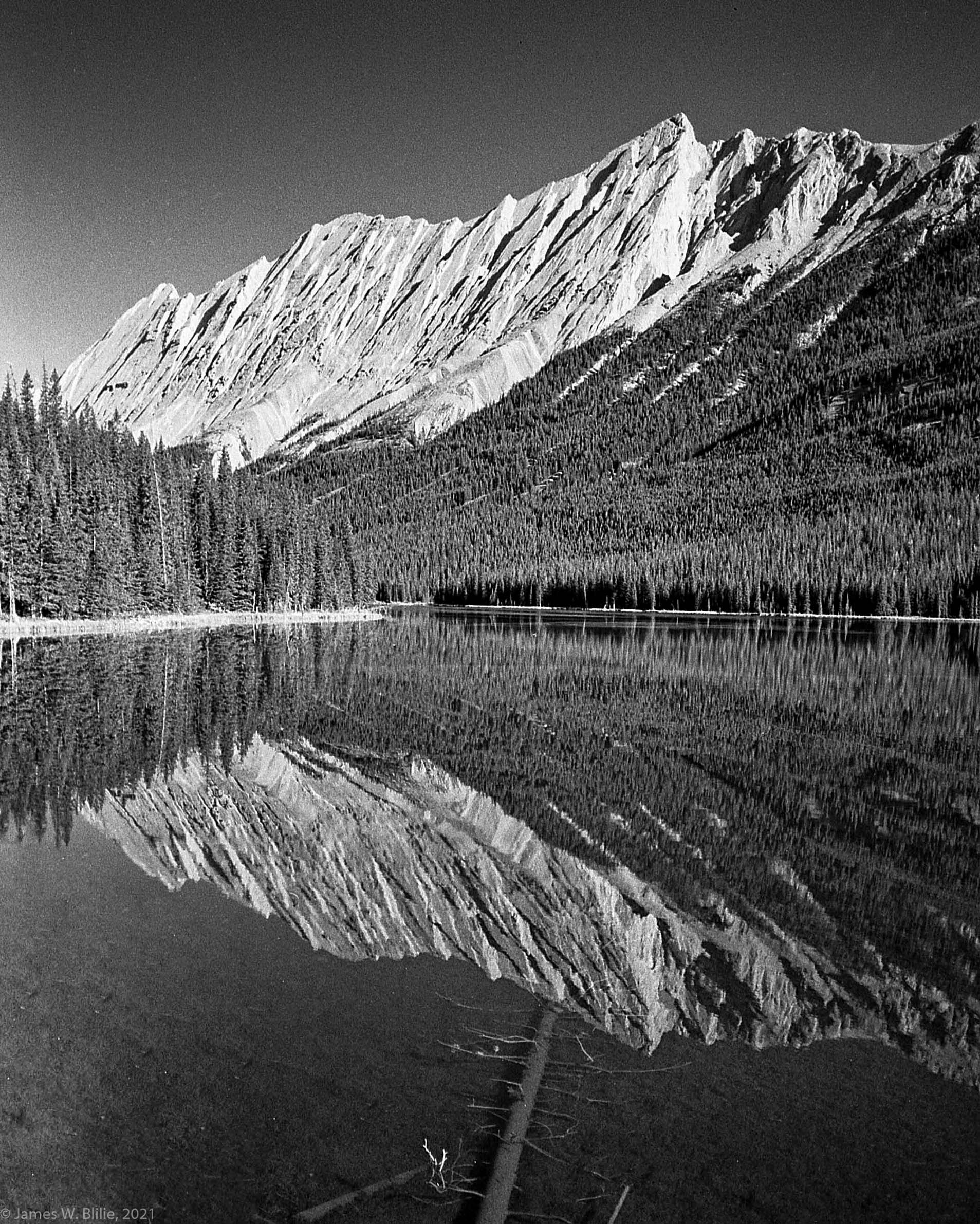 Mount Robson at sunrise from Berg Lake.  Rolleiflex.  Yes, I hauled the Rolleiflex and a tripod up to Berg Lake!

Summit Lake with figure.  On the (easy) hike in to Jacques Lake, Jasper NP.  50mm lens

Finally, one color shot (Kodachrome 64).  The group of us poor college students on the top of Fairview Mountain, near Lake Louise.  My 20-year-old self at far right.  My (now) wife is in the foreground.  It was on this trip that we realized that something was happening between us! 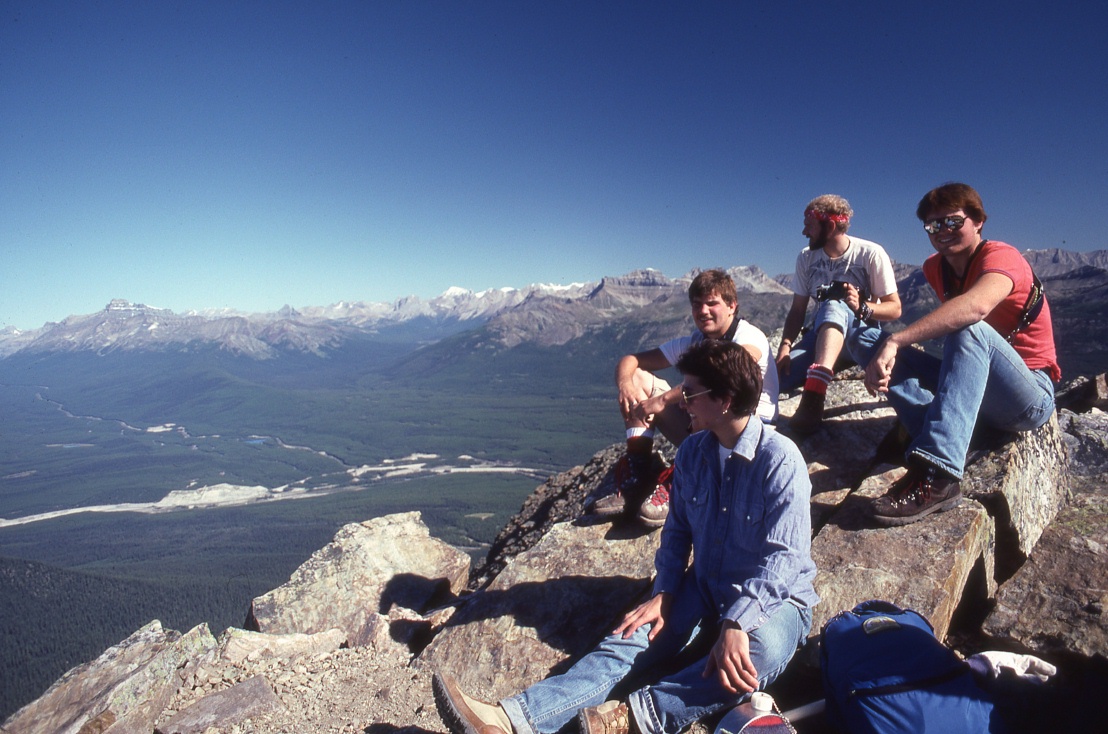