Welcome to November!: it’s the first of November, 2021, and National Boiled Egg Day.

It’s also the beginning of these food months or weeks:

I haven’t had a calzone since I lived in Manhattan in the early Seventies, but I want one now. Back then it was always a choice between ordering two slices (see 1:50 here) or a calzone at the corner pizzeria. 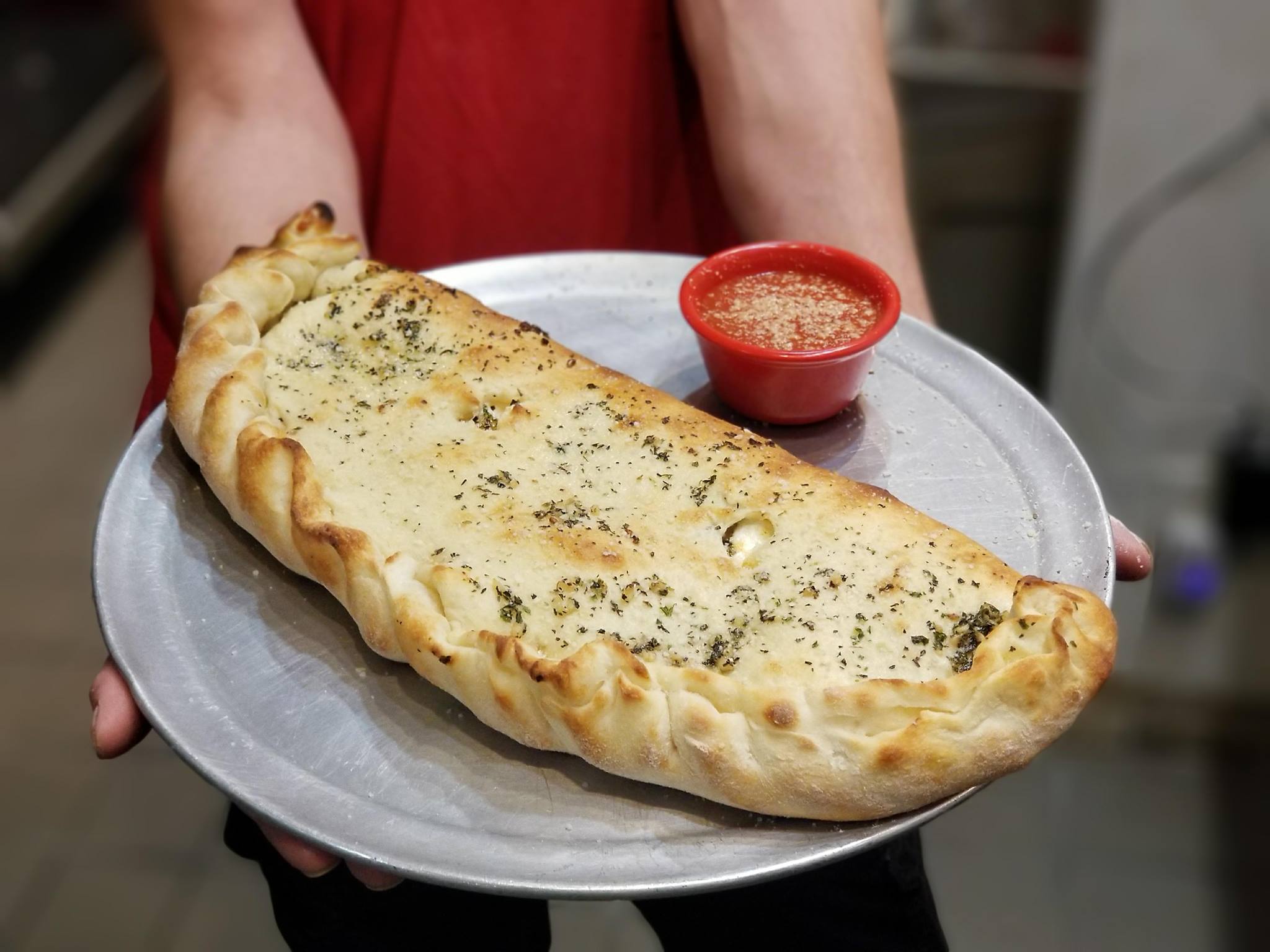 Zuni Native American from New Mexico, a notable fiber artist, weaver and potter. As the most famous lhamana on record, We’wha served as a cultural ambassador for Native Americans in general, and the Zuni in particular, serving as a contact point and educator for many European-American settlers, teachers, soldiers, missionaries, and anthropologists. In 1886, We’wha was part of the Zuni delegation to Washington D.C.; during that visit, We’wha met President Grover Cleveland.

As the Ihamana link shows, she was a trans female; a photo is below. She was also a leader of her community, but died at only 47 from heart failure. 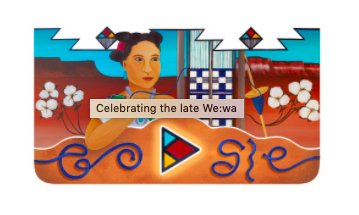 *Today the Supreme Court, in an originally unscheduled hearing, will begin listening to arguments for and against Texas’s odious and restrictive new anti-abortion law. You know—the one that doesn’t allow abortion after the fetal heart starts beating (ca. 6 weeks) and makes no exception for rape or incest. This is followed by the Court’s hearing on December 1 about the Mississippi abortion law, banning the procedure after 15 weeks. Both of these conflict with Roe v. Wade. The Washington Post lays out the conflict and the worries of the Left:

“The outcome of this case will define the future of our constitutional democracy,” said Sam Spital, director of litigation at the NAACP Legal Defense and Educational Fund, which is supporting abortion providers and a Justice Department lawsuit against Texas.

“Absent the Supreme Court’s intervention, S.B. 8’s [the Texas law] model for openly defying precedent set by the highest court in our land will metastasize — and not just with respect to abortion rights,” he said. “Many of our constitutional rights will be in grave danger.”

In a brief filed last week, more than 120 current and former prosecutors and judges concur. “S.B. 8 is perhaps the most blatant attempt to subvert federal authority since the Jim Crow era,” it says.

Pleas by abortion providers to have the Supreme Court step in before the law could take effect Sept. 1 were turned away on a 5-to-4 vote — the most tangible evidence yet of how the court’s conservative majority has shifted.

I predict Roe v Wade is circling the drain.

*White House Press Secretary Jen Psaki has tested positive for the Covid-19 virus, even though she’s been vaccinated. So has Biden (and I think he’s had a booster), so I’m not that worried. Psaki’s case is mild, but she begged off going to Europe with Biden and is in self-quarantine.

*Speaking of Uncle Joe, his approval rating is in the dumpster. An NBC News poll showed that the percentage of Americans who approve of his performance is only 42%, while the percentage of those disapproving is 54%.  The slippage in the past few months is shown below. Further 71% of Americans, and 48% of all Democrats (!), think “the country is headed in the wrong direction.” I suspect that his ratings will rise when (or if?) the two spending bills pass. 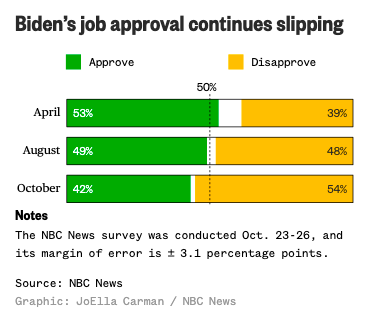 *OK, Millennial. There’s a conflict in the workplace, but it’s described in this NYT piece by Emma Goldberg, “The 37-year-olds are afraid of the 23-year-olds who work for them.” I will not comment on the article lest I sound like a grumpy old man (even though that’s what I am). One word: entitlement.

*Dorian Abbot, the University of Chicago geoscience professor whose prestigious lecture at MIT was cancelled because of his videos and articles criticizing DEI initiatives, has written an op-ed in the Wall Street Journal, “The views that made me persona non grata at MIT.” I disagree with him on the lack of a need for affirmative action, but do agree with this:

I believe we are obliged to reduce bias where it exists, where we can. That includes honest reflection on whether we are treating everyone equally. But you cannot infer bias based only on the ratios of different groups after a selection. A multitude of factors, including interest and culture, influence these ratios. I disagree with the idea that there is a right ratio of groups to aim for. Instead, the goal should be fair selection processes that give every candidate an equal opportunity.

Stuff that happened on November 1 includes: 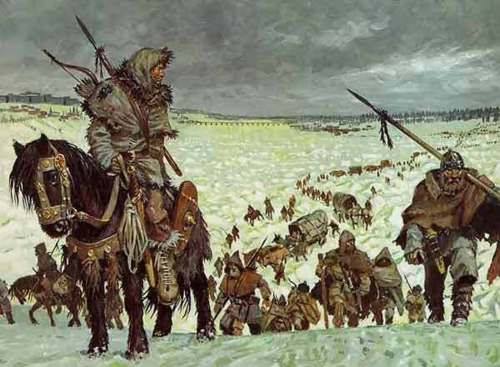 Some day I must see this, but I’m afraid of Italy because I don’t know how to order in a restaurant there (true!): 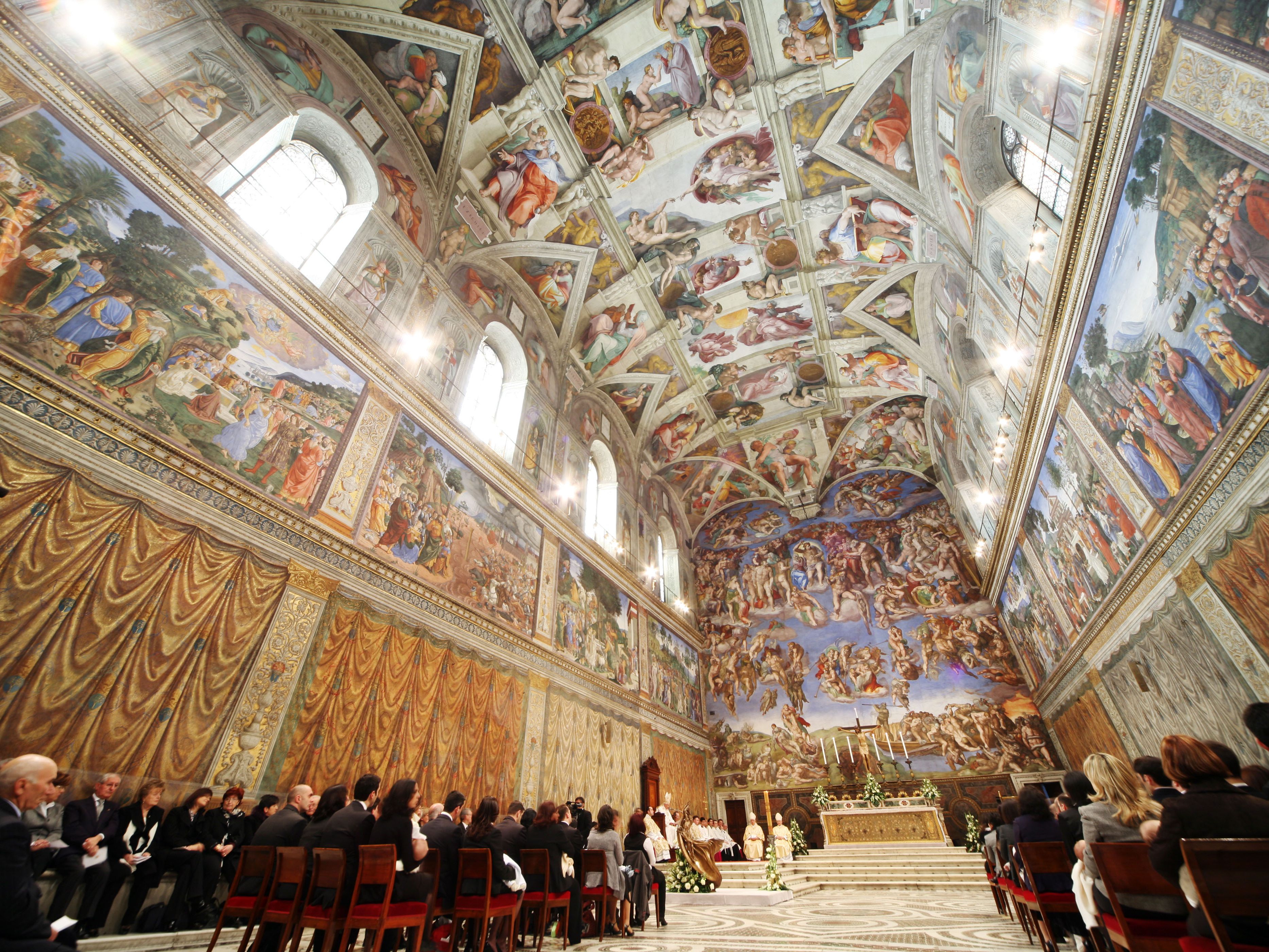 Here’s Magellan’s route through the Strait. I’ll be going through the eastern part of this passage in just a few months! Twice! 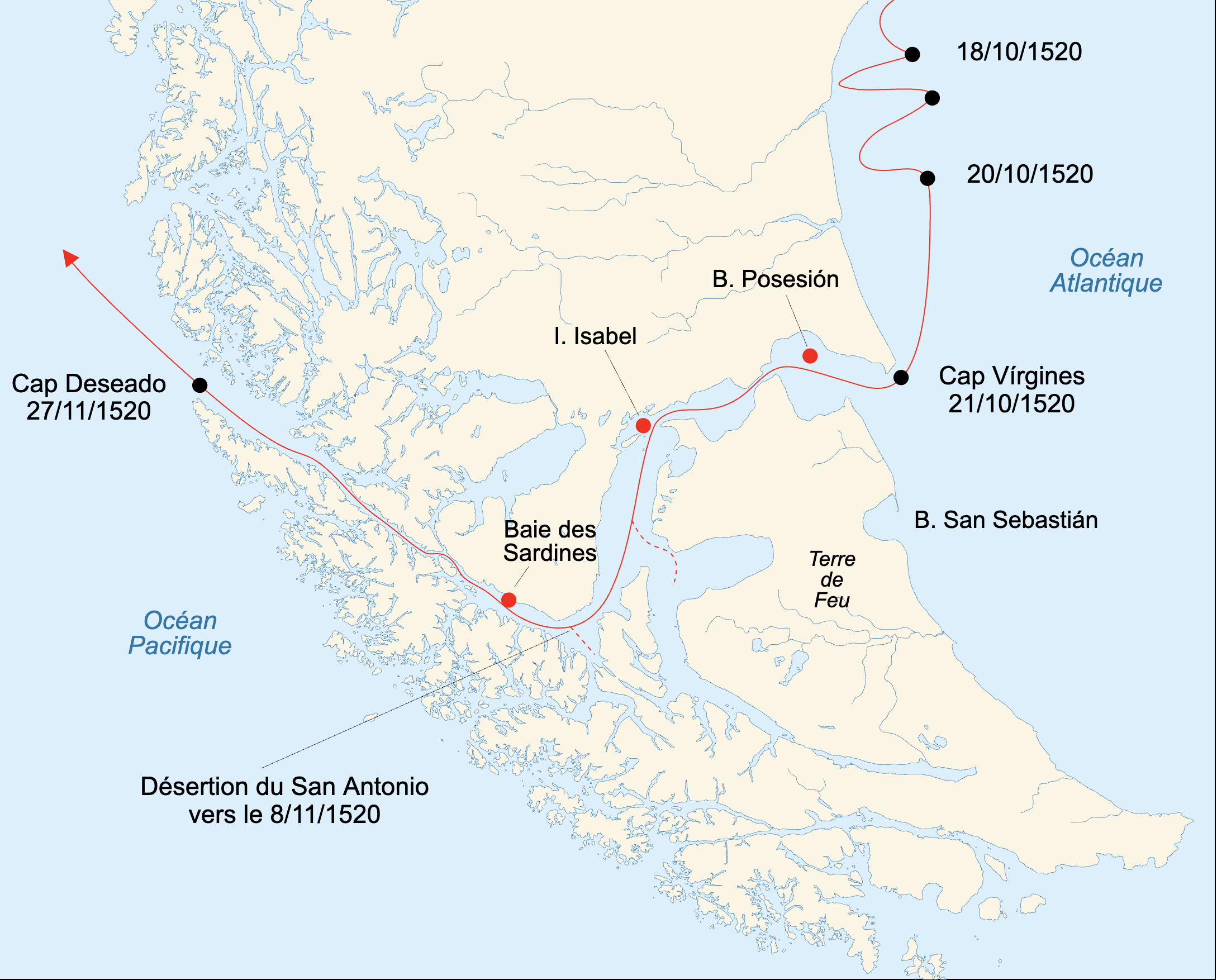 Do not do it this way! The Globe theater was built in 1599, so I suppose they wanted to perform it for royals.

Remember that in Candide, Voltaire used this earthquake as an example that all was not for the best in the best of all possible worlds.

This is what the White House looked like then: 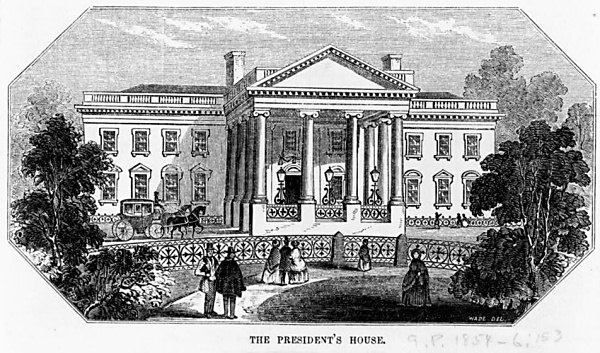 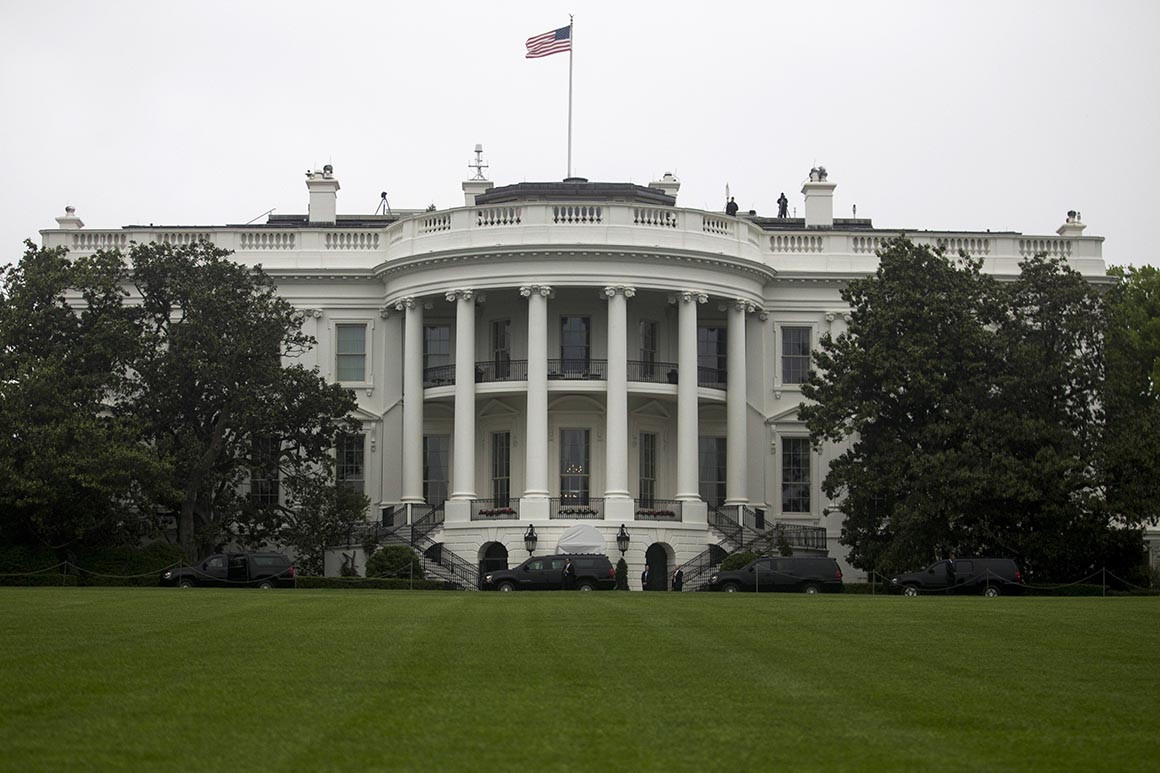 Here’s some of that video; Annie shoots at targets and at coins tossed in the air:

You can see the photo and the magazine’s cover here.

The Wikipedia link, however, says that “at least 93 people died.” Later it says that there’s a range, between 93 and 102. Somebody fix it!  The wreck occurred when a BMT subway train took a curve too fast, going 30 mph in a curve designed for only 6 mph, and derailed. Below is a photo of the inside of one of the cars. The 25 year old motorman left the scene of the wreck, and it was shown that he hadn’t applied the brakes. But nobody was ever convicted in this accident. 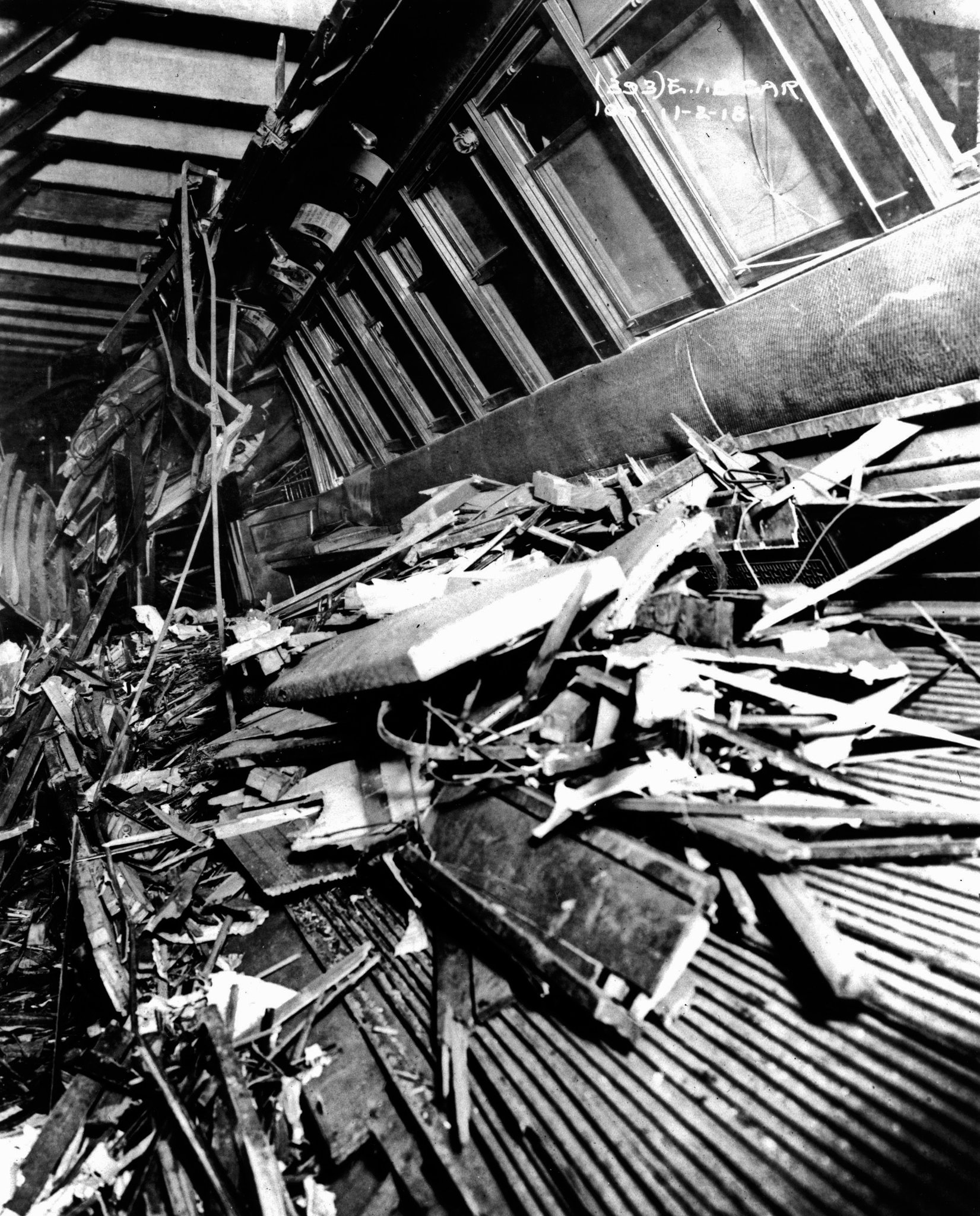 Atatürk did this as one of his many reforms.

Here’s the great race, with Seabiscuit pulling out at the end to win by four lengths. You must read Laura Hillenbrand’s superb book, Seabiscuit: An American Legend, one of the great nonfiction page-turners of our time. 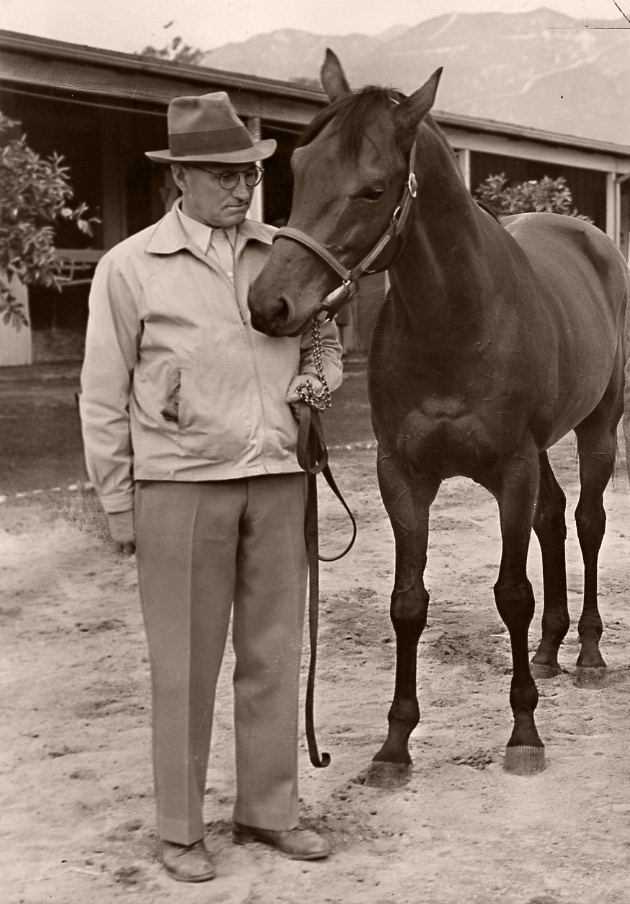 ‘Tis true, and how can I not show that image: 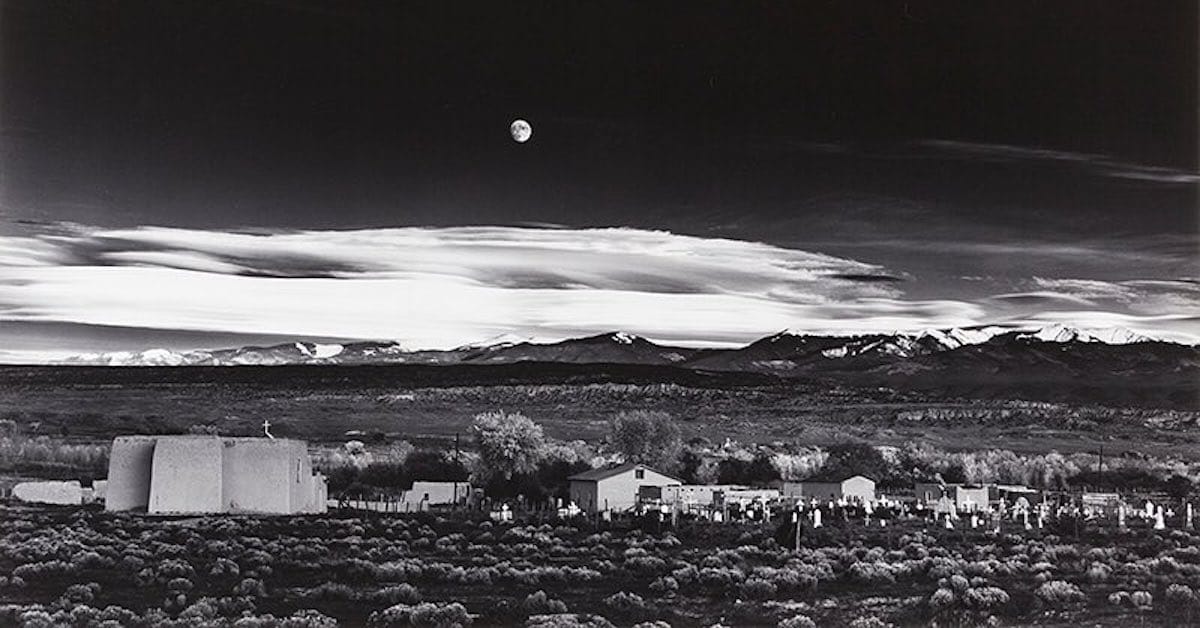 This is so bogus: the Pope simply made up the claim that Mary was bodily taken up to heaven. Well, as Archie Bunker said. . . listen for yourself (what a great show this was!):

Look at this H-bomb!

Wegener, shown below on an expedition, was the first scientist to suggest that continental drift occurred. He was poo-pooed, but proven right in the 1950s and now by direct observation using GPS. Sadly, he died in 1930 and didn’t live to see his vindication: 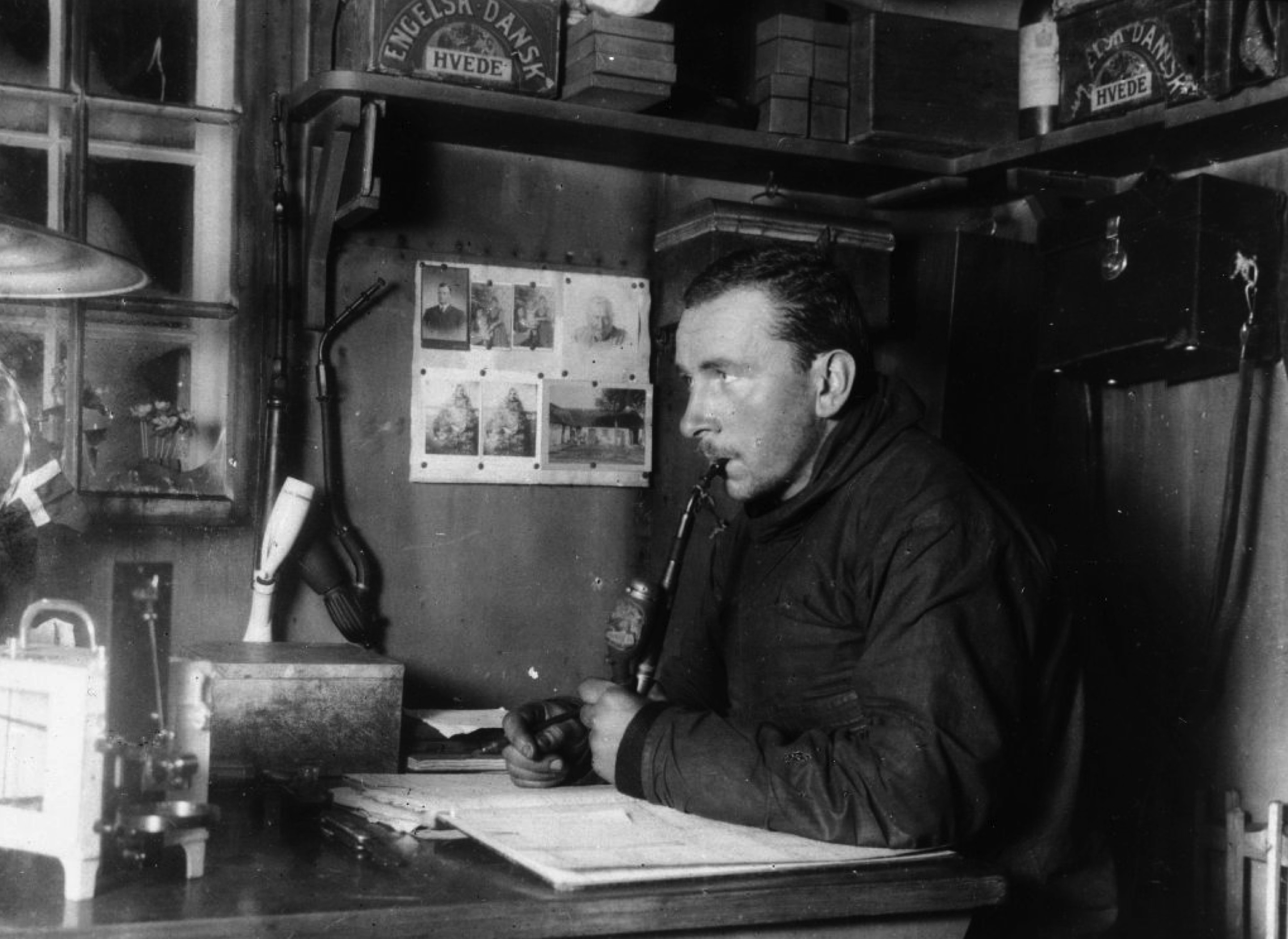 Don’t forget that when Texas Traditions (Lee Miller’s shop where Pinker and I had our custom boots made) posted a picture on Instagram of an old pair of T. O. Stanley boots made and worn by the master himself, and later purchased by me from his factory boss, Lyle Lovett liked the photo! My fame:

And don’t forget that Lovett was married to Julia Roberts for two years. 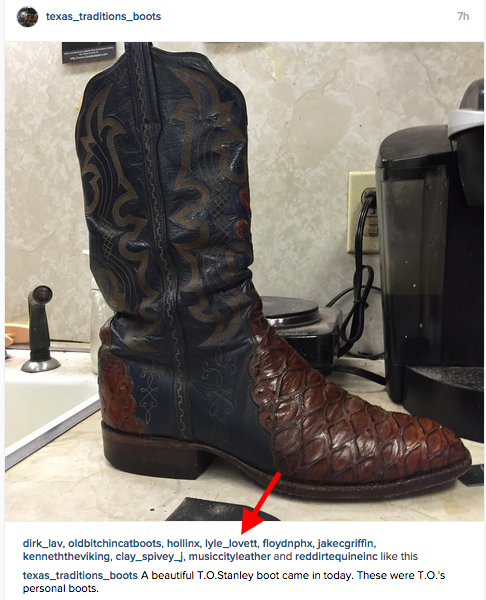 Those who entered eternal darkness on November 1 include:

MacArthur was a famous ecologist who worked at Princeton University and was part of the “young Turks” of population biology that included Richard Levins and Dick Lewontin. Sadly, MacArthur died at only 42 of kidney cancer. A photo: 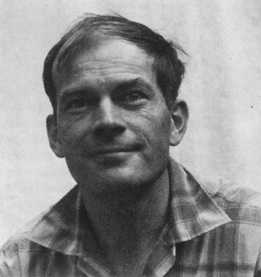 Hili: Can you eat a mouse and have it too?
A: No.
Hili: It’s a good thing that mice are a self renewable resource. 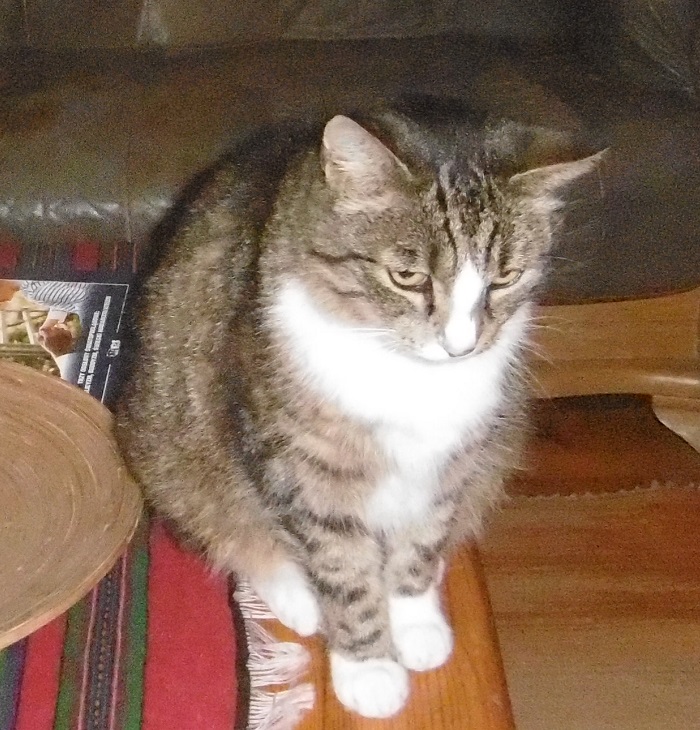 Here’s a picture of Szaron by Paulina: 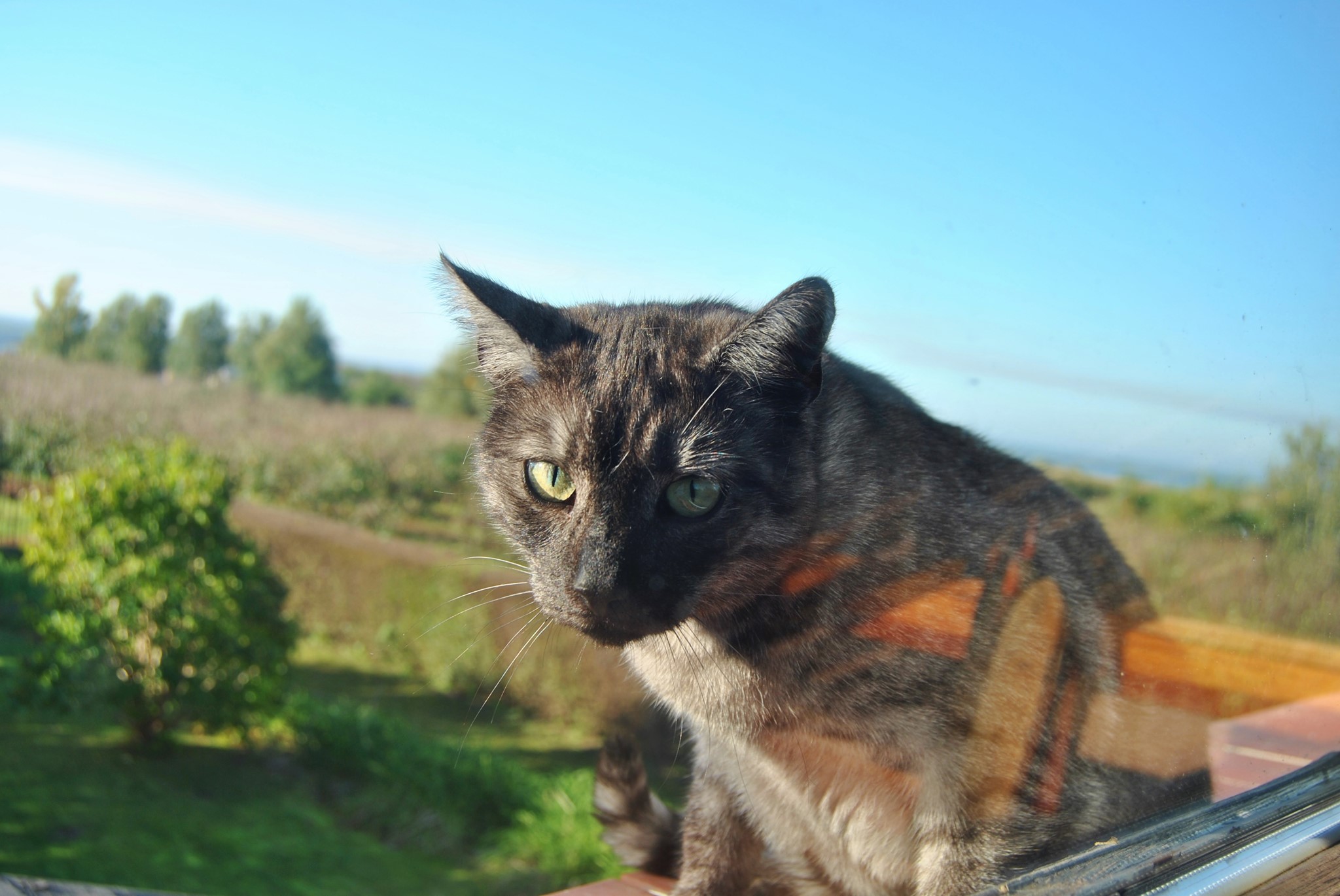 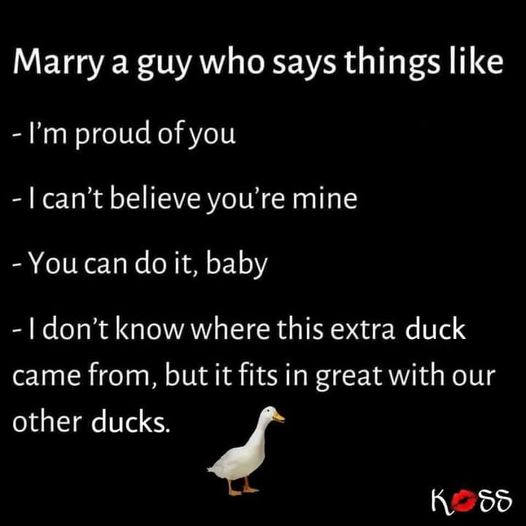 From Not Another Cat Science Page: 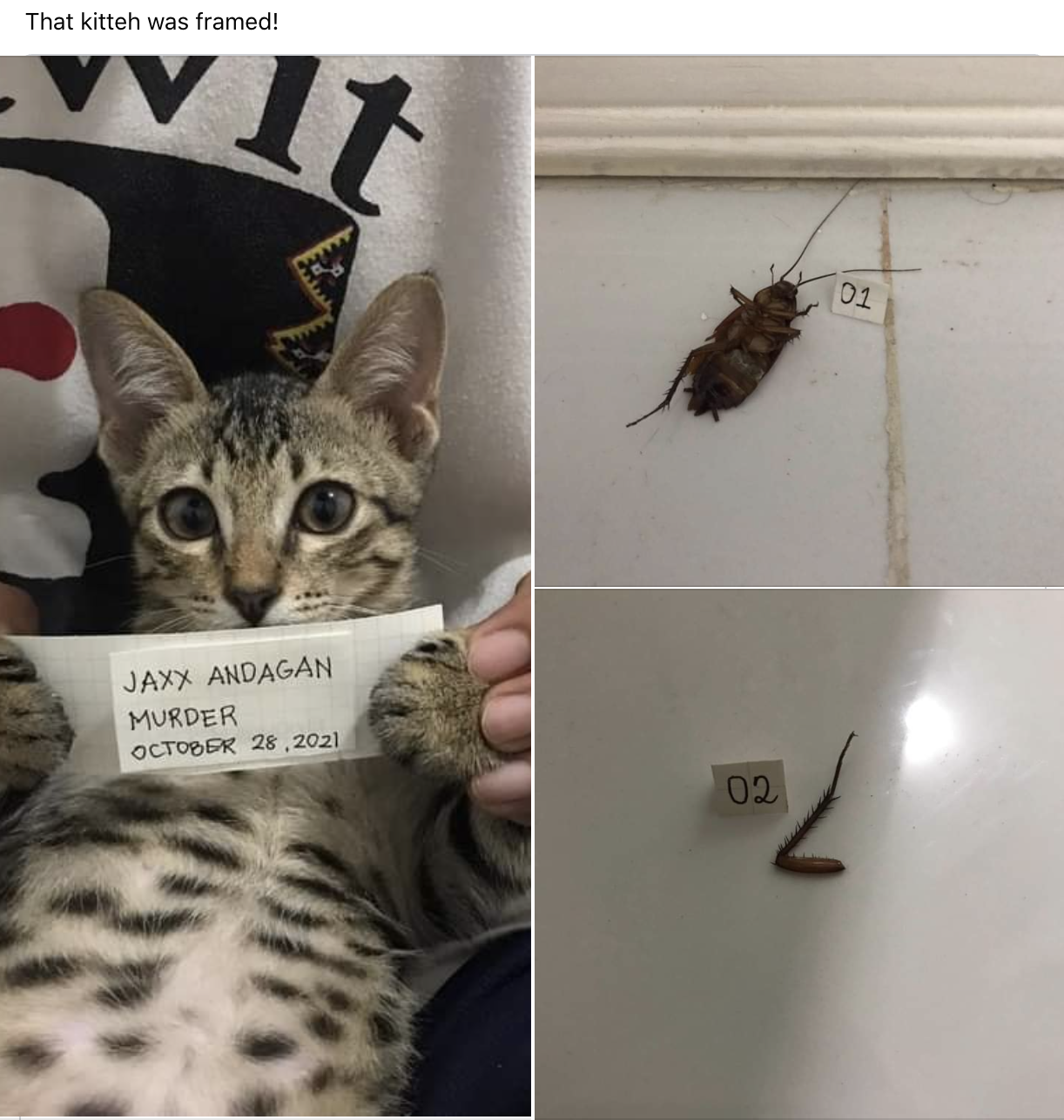 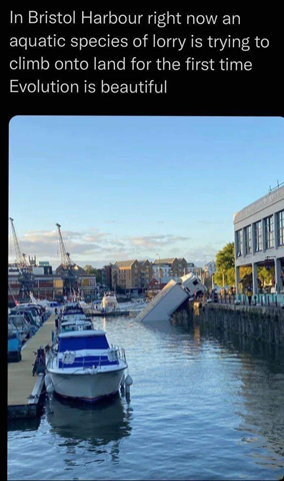 From Titania; the sad fact is that many wokies adhere to this dictum. Whenever you see free speech referred to as “freeze peach,” you can be sure there’s a censor lurking:

Free speech is a fetish.

From Barry. Sound up!

Ok, this is amazing. pic.twitter.com/CWFnMf5gkQ

Tweets from Matthew showing an insect whose males and females are very different. Here’s the Spanish translation of the second tweet: “Palaeococcus fuscipennis (pine mealybug), hemiptera of the Margarodidae family. The male has wings and flies, the female is apterous, almost blind, with short legs and remains motionless sucking sap from the pines. They are called scale insects. It is a pest of pines.”

Check this one out, here in Spain it's found on pine trees.https://t.co/G7nfQEquA3

Kraków in 1964 by Elliott Erwitt. I have never seen a more Polish photo than this one. pic.twitter.com/j4uVOA87Qg

I missed it by a day:

Translation: The Bangkok Post simply has the best overall caricature of Brexit.

I may have posted this before, in which case I’m posting it again. (See more photos of these urchins here.)