Today we have a set of lovely and impressive landscape (mountain) photos by James Blilie, an erstwhile climber. His captions are indented, and you can enlarge the photos by clicking on them.

This set are landscape photos of mine with the theme being mountaineering. These are older, from the 1980s, when I was younger, wilder, and had better knee joints. All are scanned Kodachrome 64 slides.  At this time, I always climbed with a camera around my neck and shoulder, usually with a Pentax M 20mm f/4 lens attached.  I scrapped the manufacturer’s camera strap and tied on climber’s webbing instead.
First is a view of climbers on the Redoubt Glacier, below Mt. Redoubt (Washington Cascades). September 1985.  We climbed Mt. Redoubt the day before this photo was taken, in terrible weather:  You couldn’t see further than about 100 feet due to clouds/mist.  Mt. Redoubt is one of the most remote peaks I have climbed.  The trek in was harder than the climb. 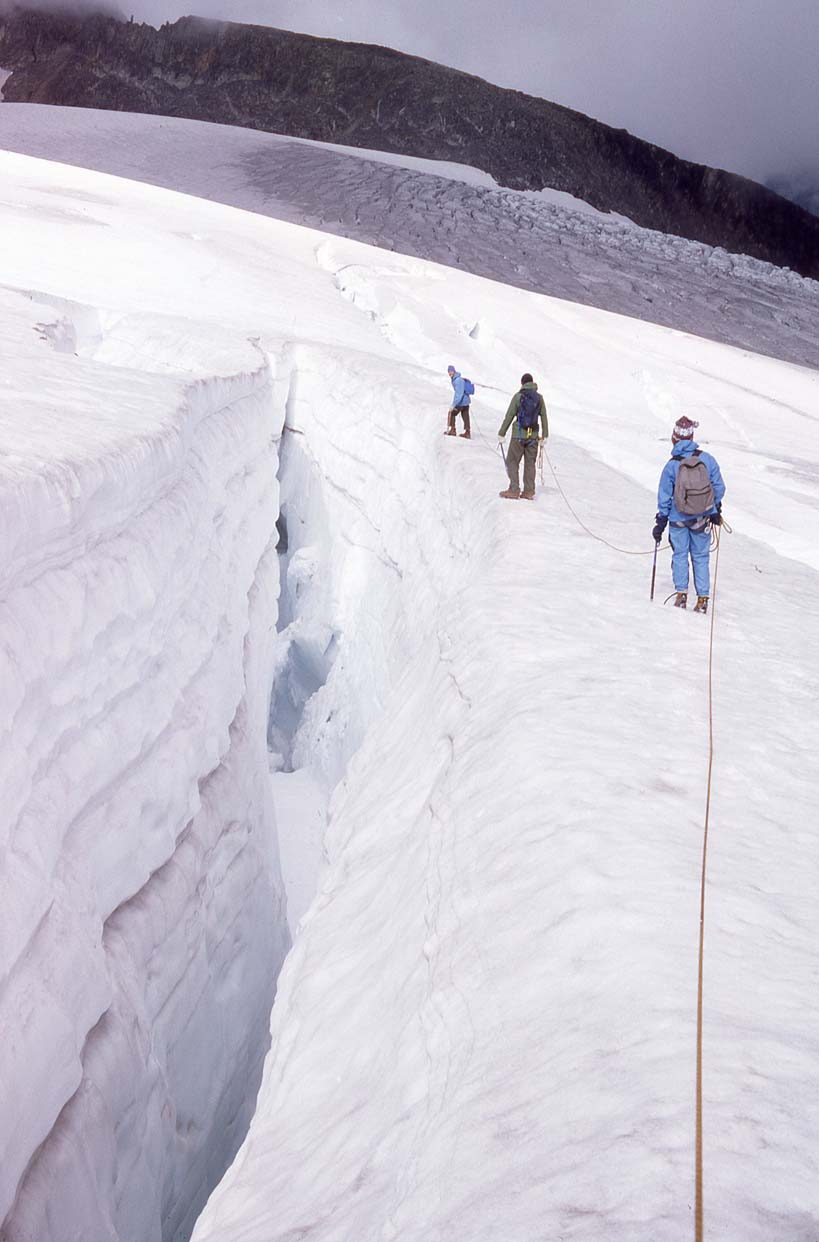 Next is a view of the valley of the Sauk River and the Central Cascade Range on a winter ascent of Whitehorse Mountain in February 1986, at sunrise. 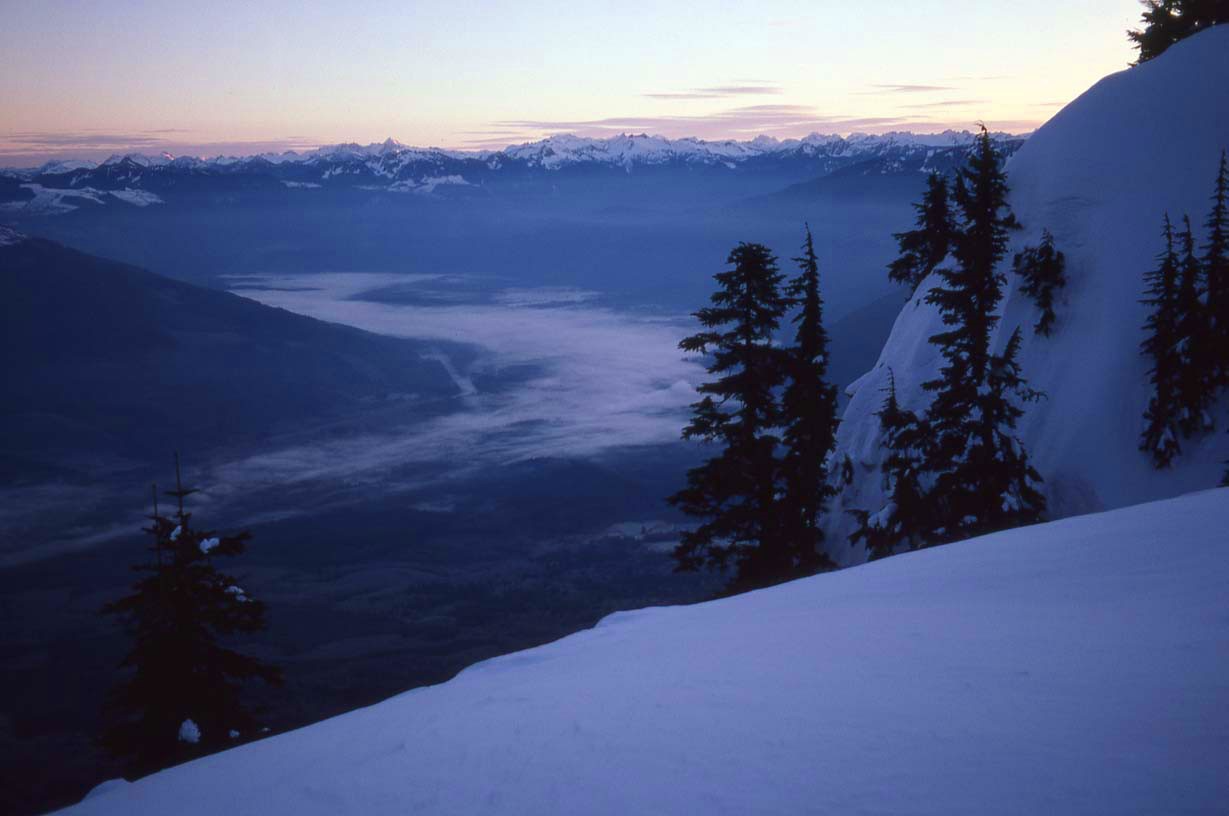 Next are a few photos from a trip I took in August 1986 to do the Ptarmigan Traverse with a group of climbing friends.  This was a spectacular trip:  A high-elevation trip through a segment of the North Cascades.  First, two climbers on the airy summit ridge of Dome Peak. 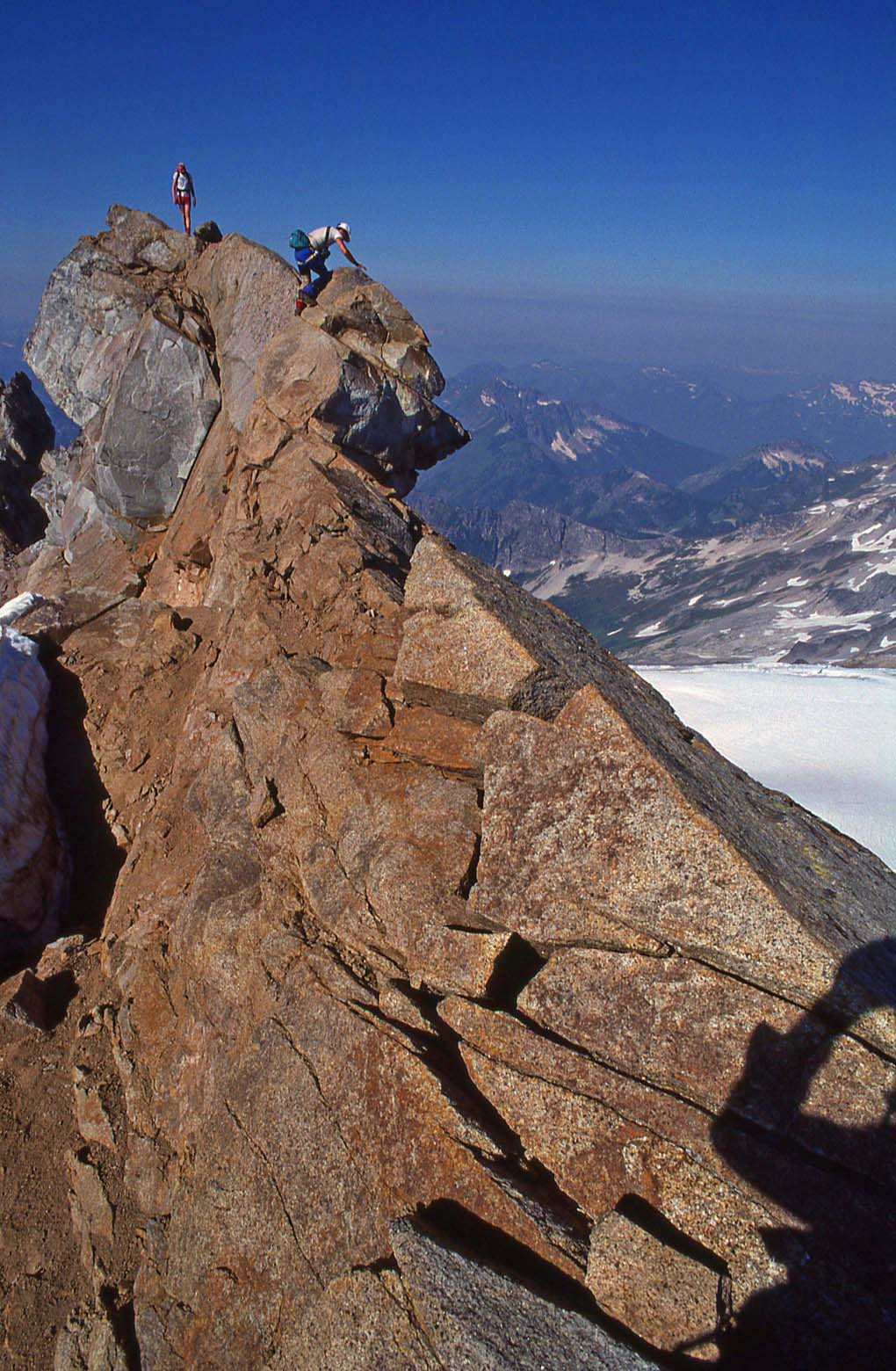 Then a group of climbers traversing the summit ridge of Magic Mountain: 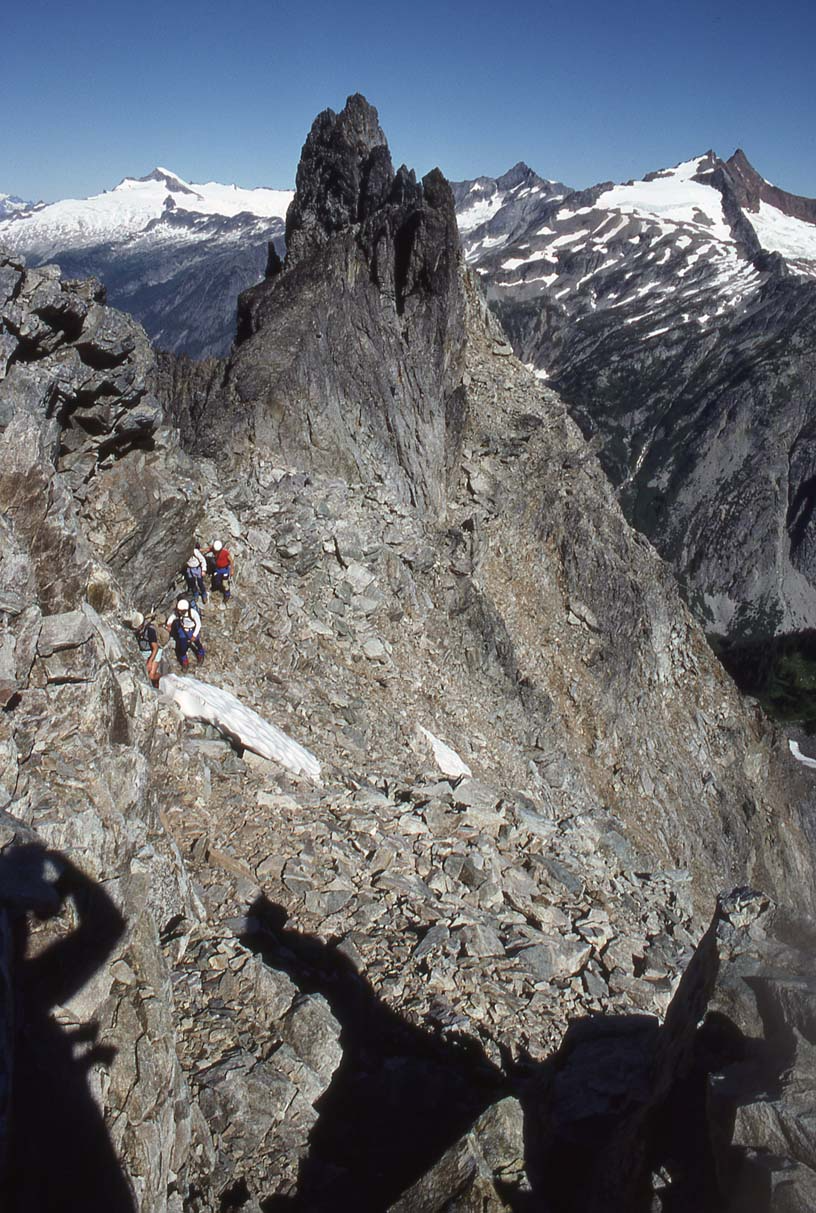 Then, descending towards a camping site at Yang Yang Lakes: 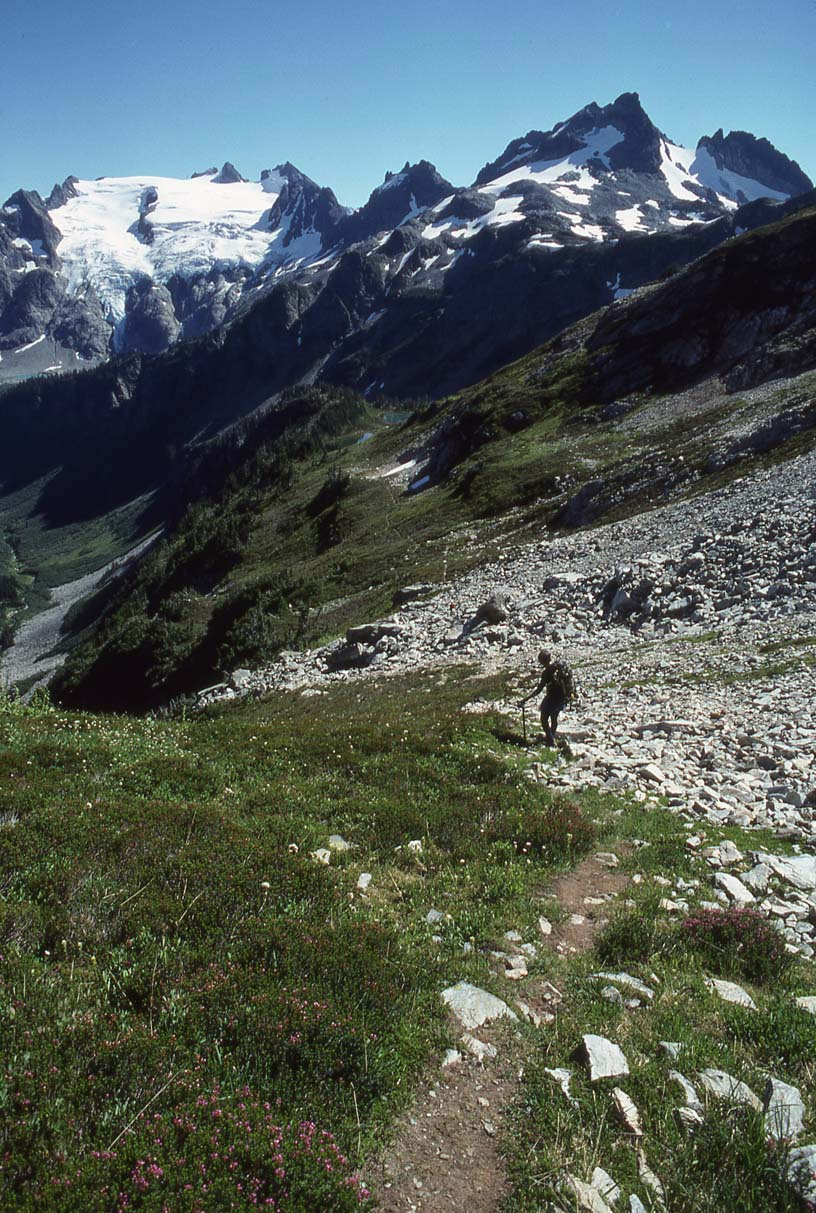 Next is a shot of some friends climbing the last icy ledges of McClellan Butte in the Cascades, near Seattle.  At this time, a group of friends and I would make a climb on the winter solstice every December.  Expect bad weather!  21-Dec-1986. 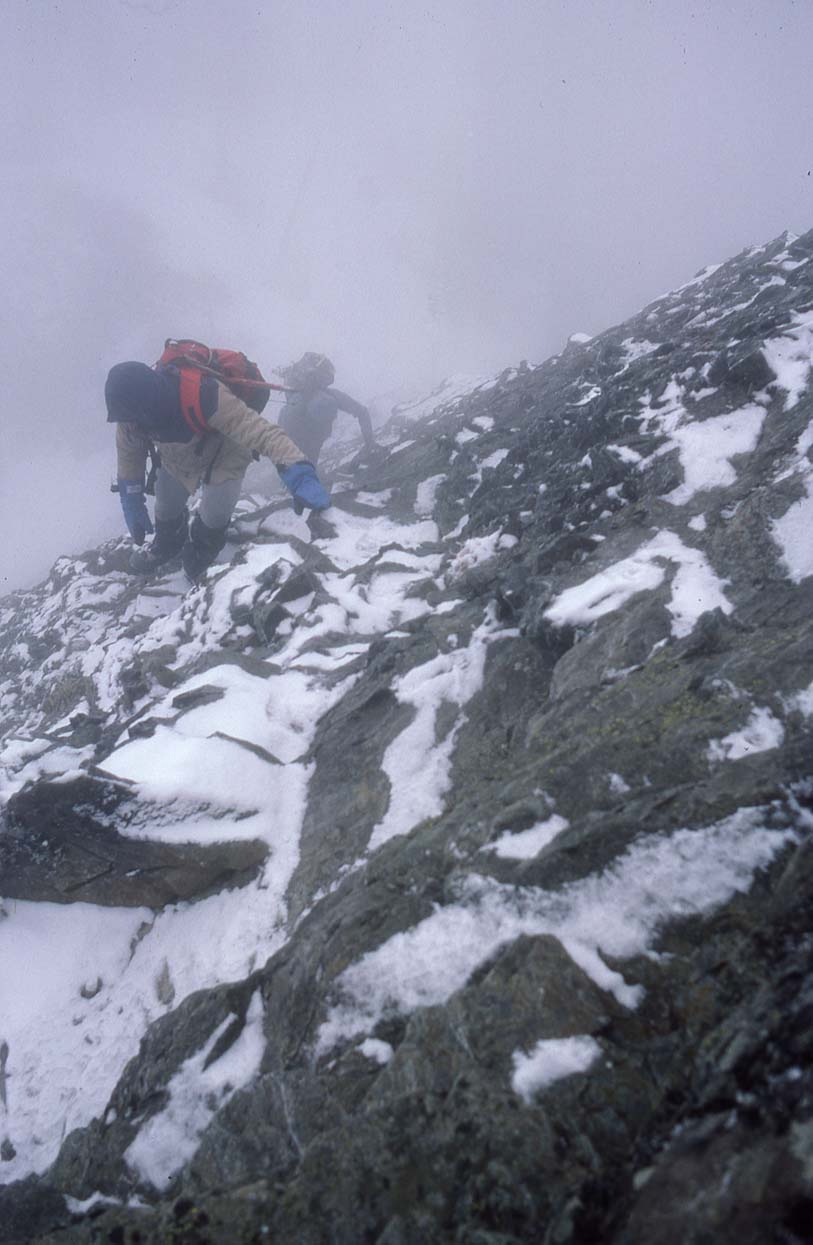 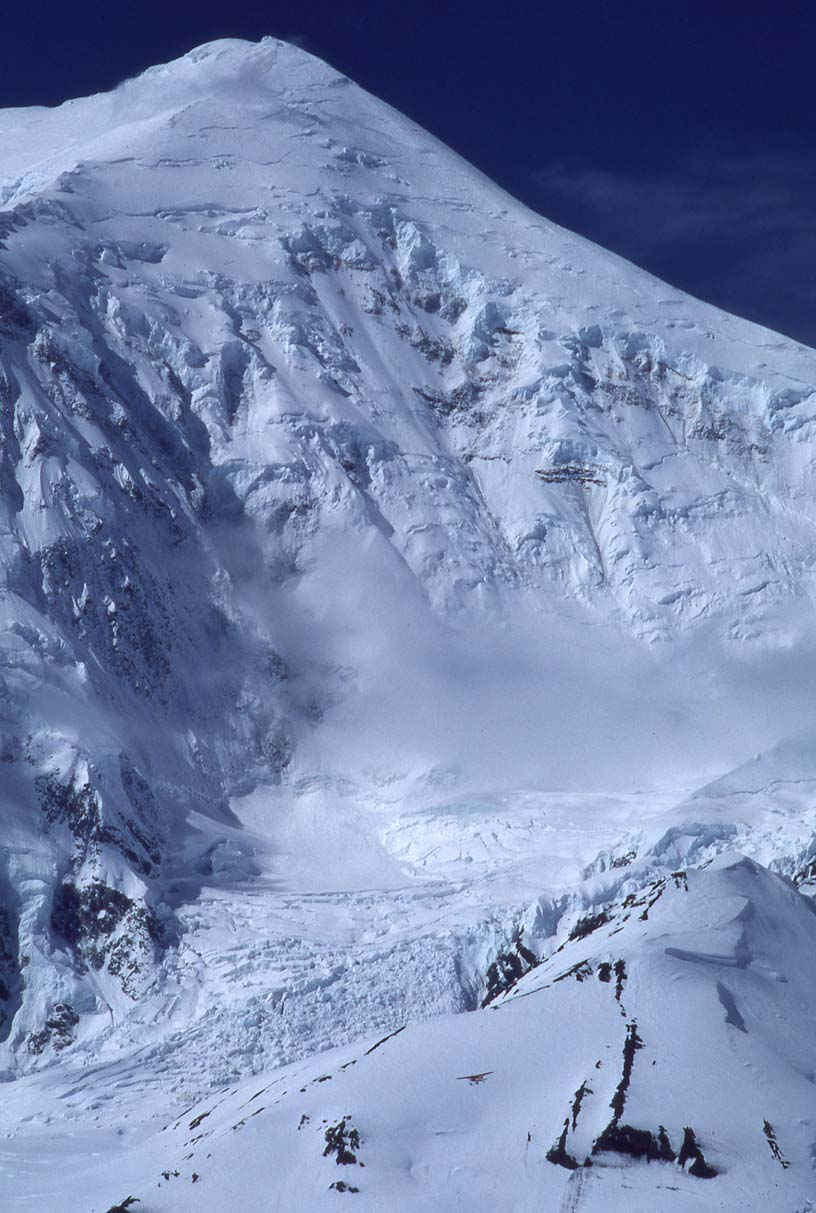 Then a photo looking north towards the summit of McKinley from the Kahiltna Glacier, near the airplane landing spot, just outside the National Park boundary. 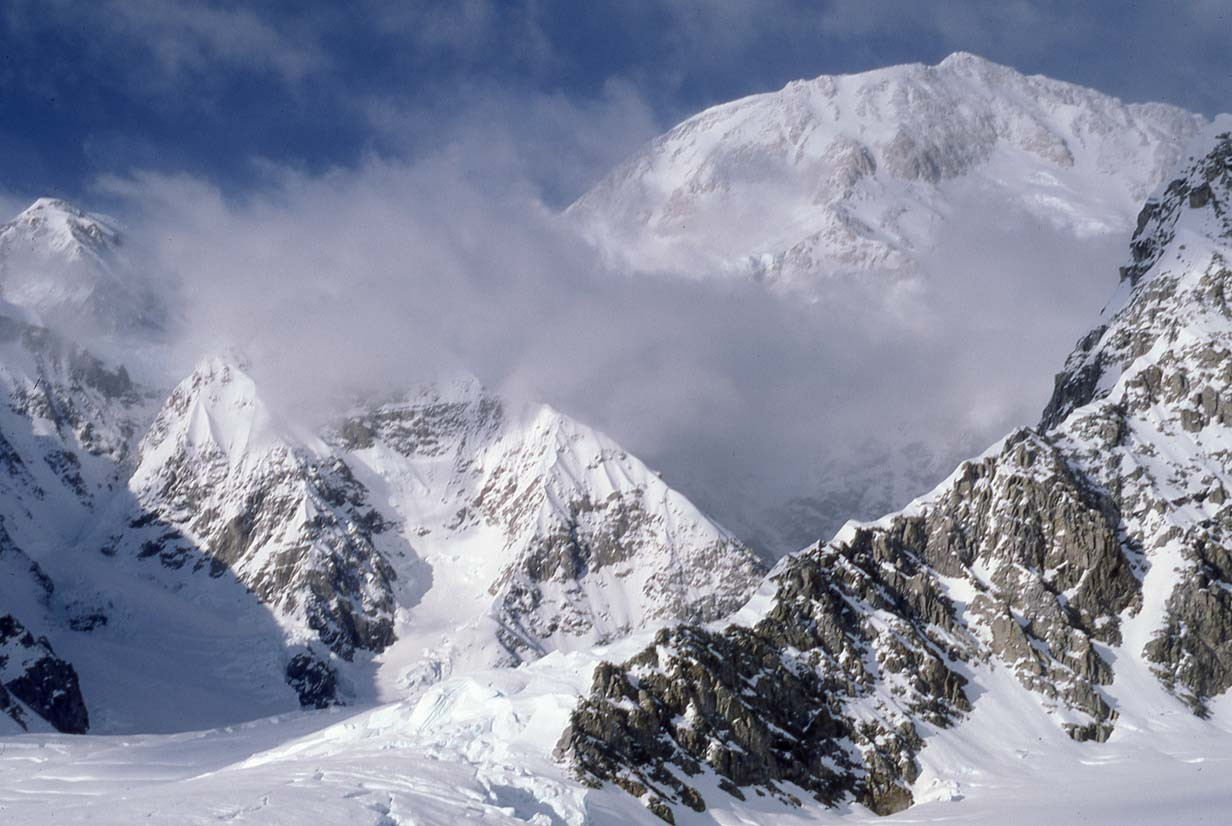 Next are two photos from a climb on the Olympic Peninsula near Seattle, a peak called C-141 peak, named because a military C-141 airplane crashed into it.  This was a late winter climb in April 1987, which was training for our Mt. McKinley attempt.  First one looks SE from the high ridge showing Puget Sound and Mt. Rainier in the distance. 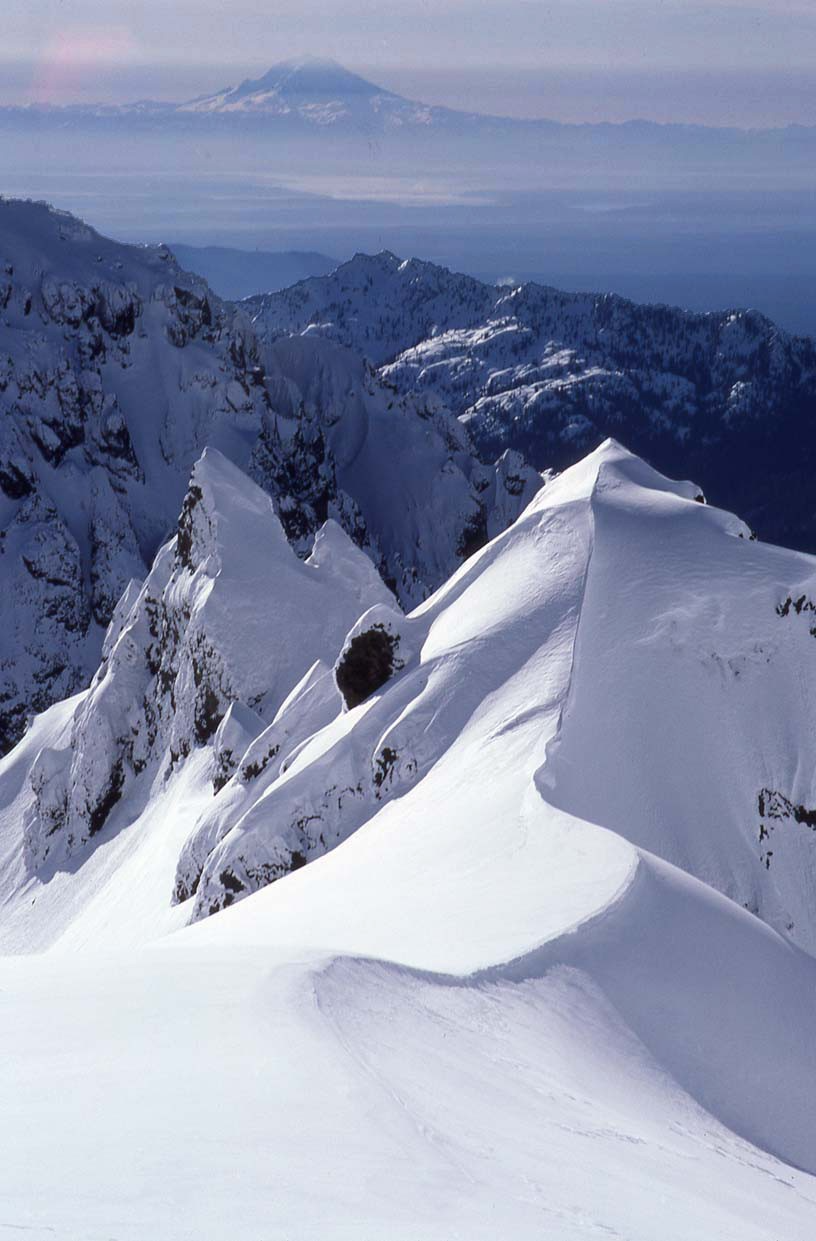 The next shows the summit area of peak C-141, with a climber like a tiny speck in the small col, left center: 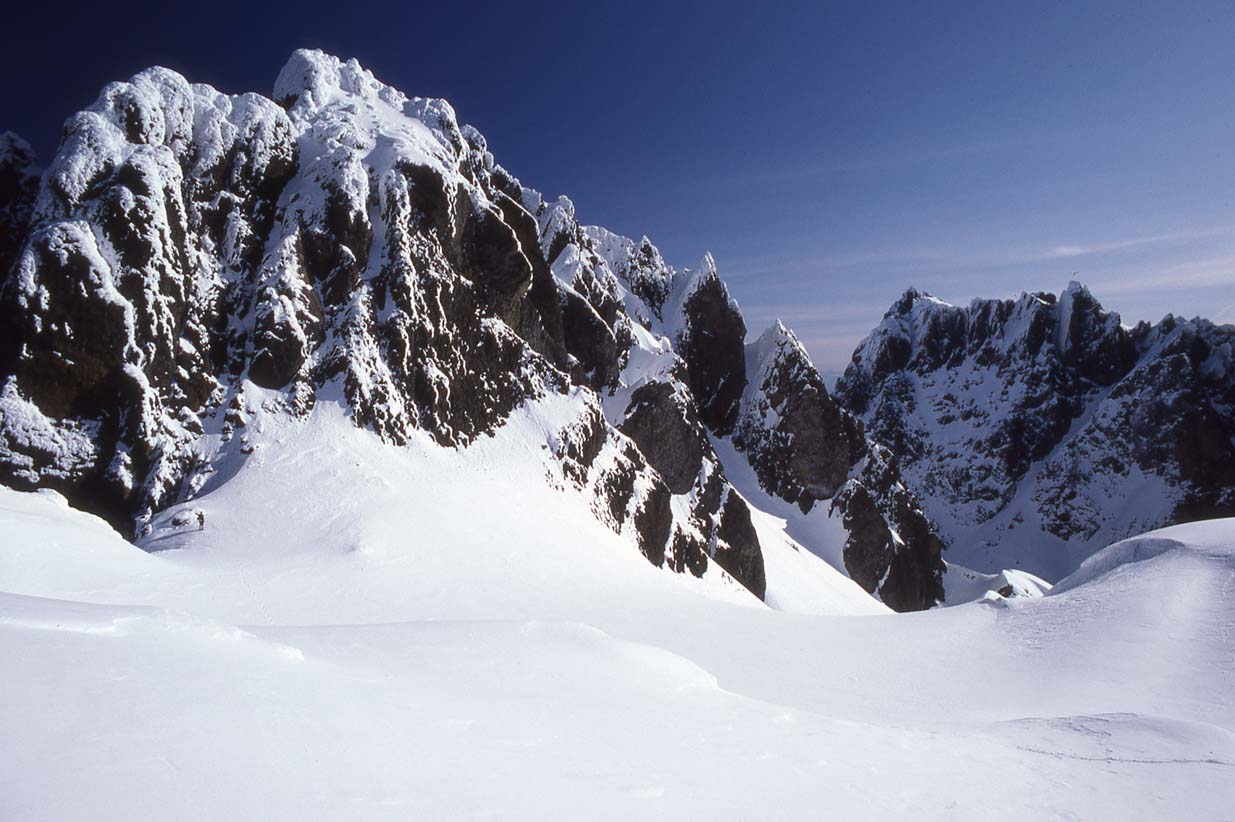 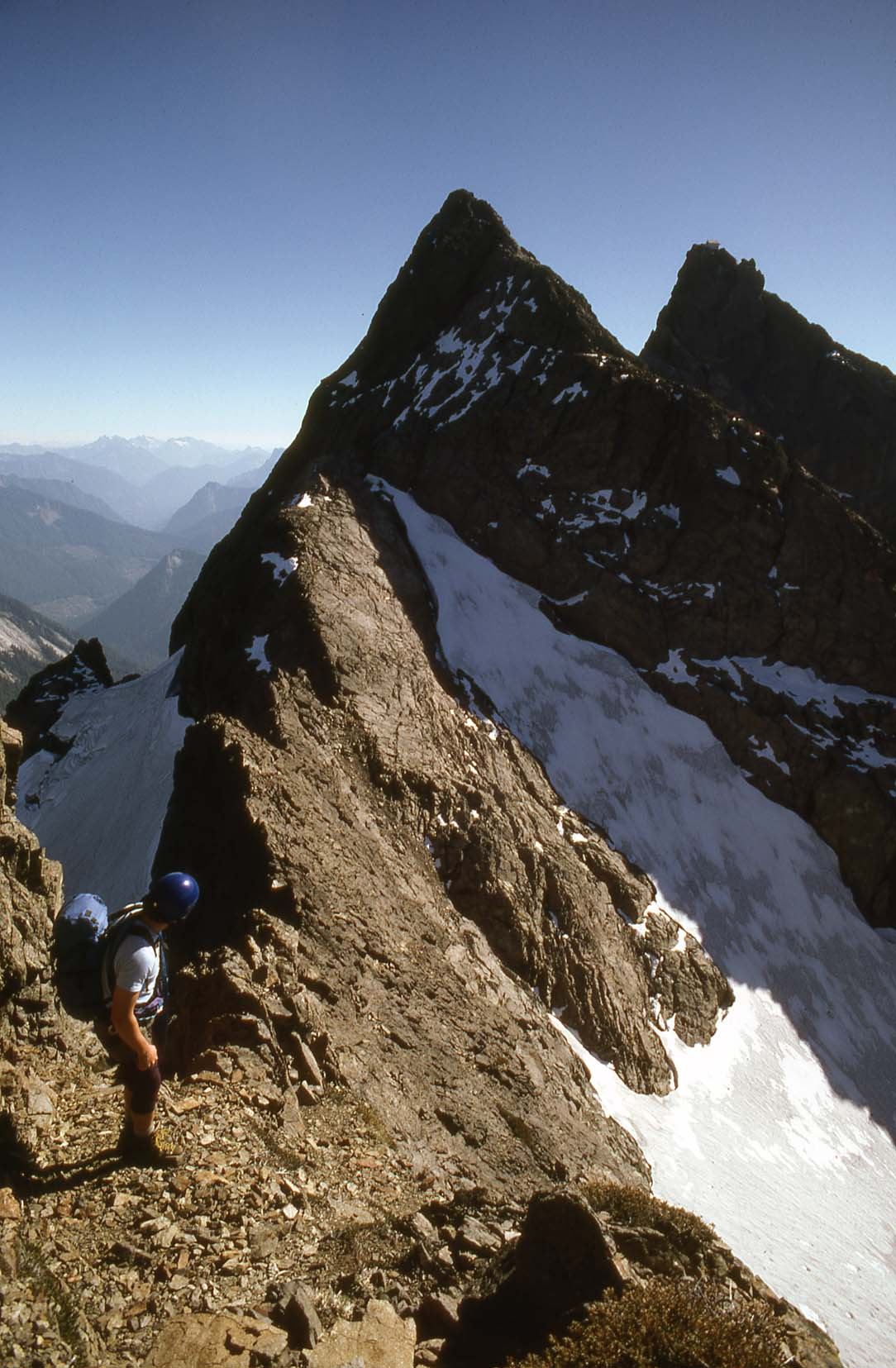 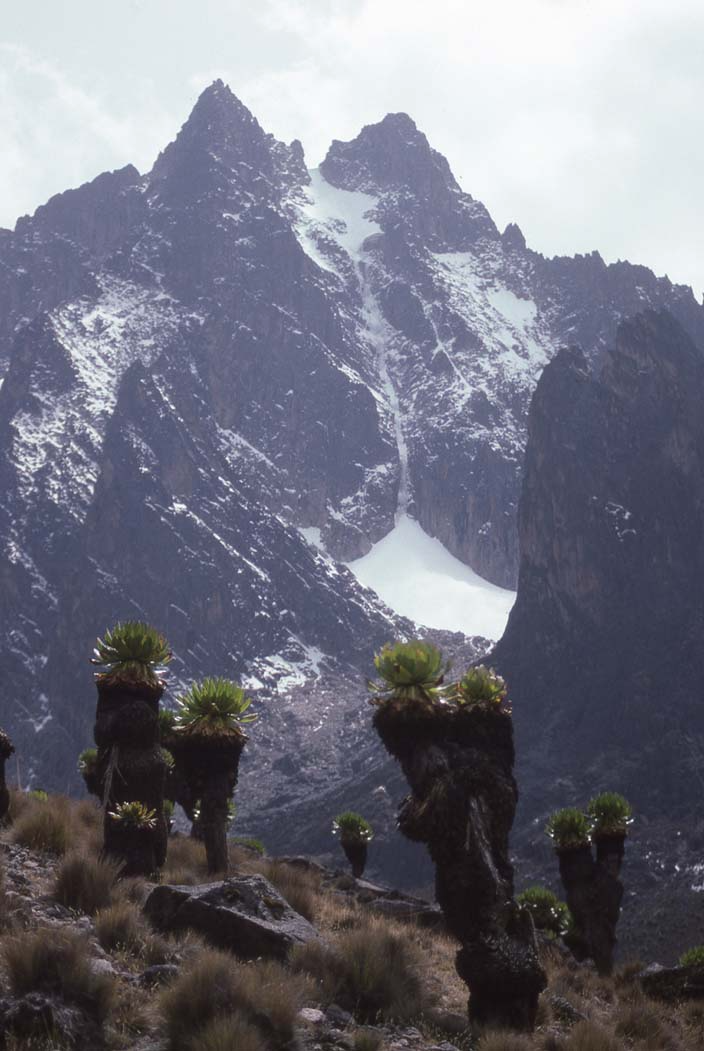