Colin Powell, America’s first black Secretary of State, who also served as a four-star general, Chairman of the Joint Chiefs of Staff, and National Security Advisor, died this morning at age 84.  The cause: complications of Covid, even though he was fully vaccinated.

The NYT report is below, promising a full obituary later, probably because nobody prepared a draft in advance because Powell was not expected to die.  RIP, General. 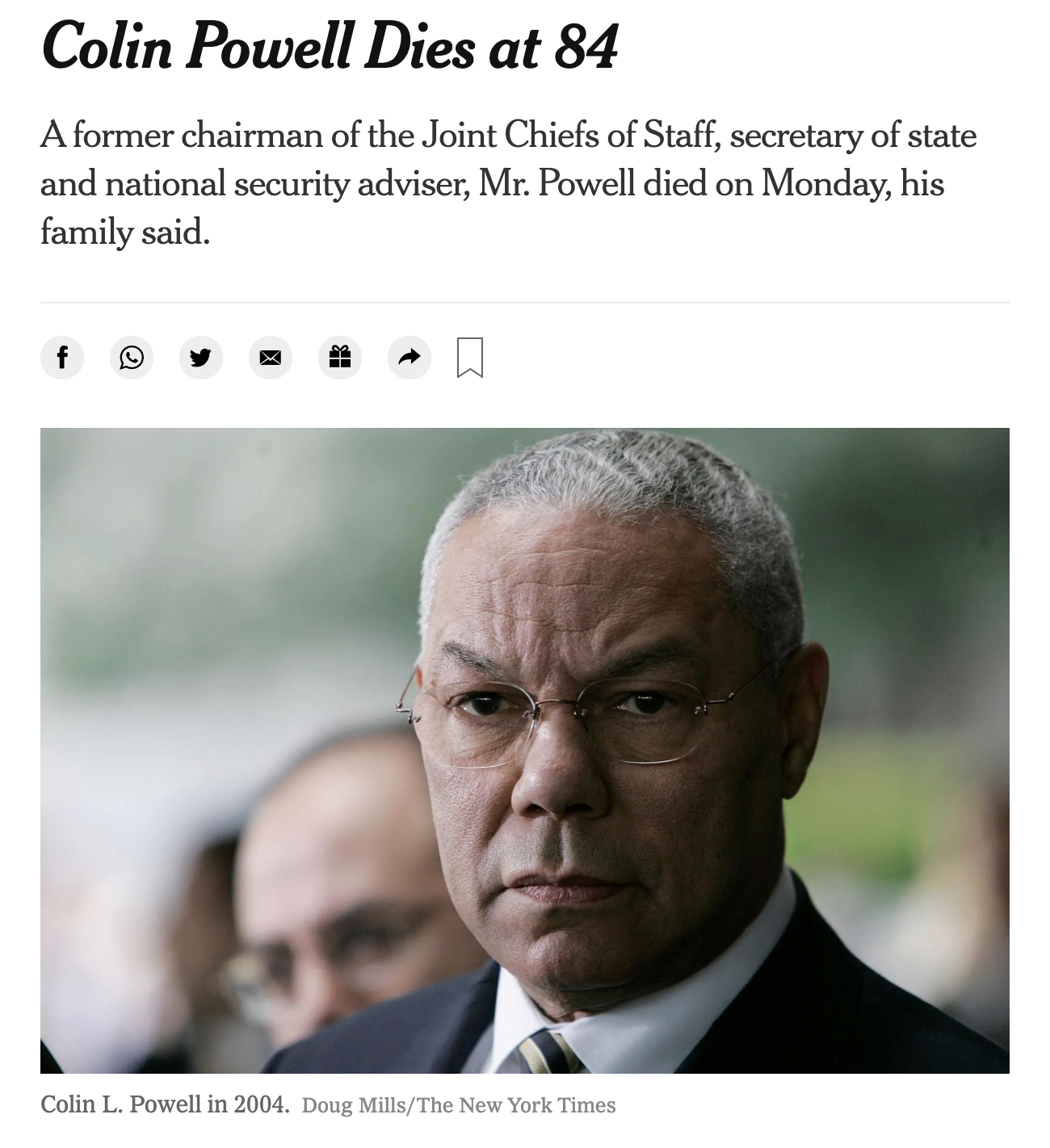 The full report from the NYT:

Colin L. Powell, who in four decades of public life served as the nation’s top soldier, diplomat and national security adviser, and whose speech at the United Nations in 2003 helped pave the way for the United States to go to war in Iraq, died on Monday. He was 84.

He died of complications from Covid-19, his family said in a statement. He was fully vaccinated and was treated at Walter Reed National Military Medical Center, his family said.