I am not sure why the New York Times hired a religion columnist who touts not just God but Christianity on a weekly basis, asserting things whose truth she cannot possibly know. I’ve beefed about Anglican priest Tish Harrison Warren more than once on this site, decrying her anodyne religious palaver.  But this week’s column is the worst, at least from the viewpoint of someone who likes to see evidence behind assertions.  And although the NYT picked a genial and semi-liberal pastor to write the column, she’s still making assertions on par with, “I know that someday John Frum will come back to my island bringing us all riches and cargo, for that is what my ancestors told me.” What galls me is that she’s not only getting big exposure for her unevidenced religious claims, but probably making at least half as much money as John McWhorter, who has much more to say, likes to see evidence behind claims, and turns out two columns per week.

This time Reverend Warren tells us why she believes in God, the divine Jesus and His Resurrection, and her certainty that she’ll have an afterlife. (I don’t know if she thinks the rest of us will, as Warren is adhering to the tenets of Christianity.) It’s a prime example of confirmation bias, and something that clearly has no place in The Paper of Record. 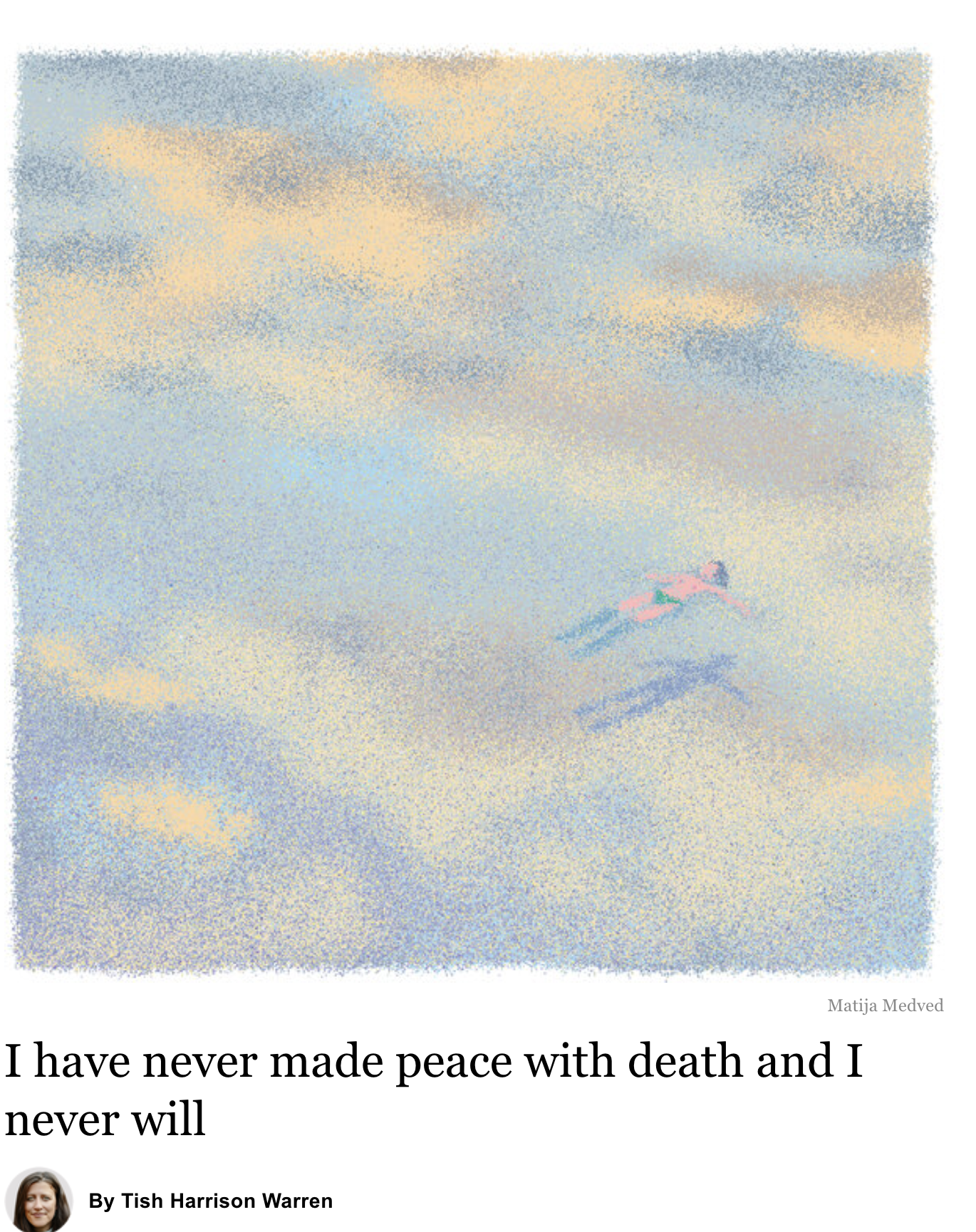 Rev. Warren is upset because her friend and mentor Thomas, the priest who supported her through her ascent to the priesthood, died in an automobile accident along with his 22-year-old child (sex not specified). That would be devastating for anyone. But she finds herself unable to accept that such a major figure in her life is gone for good.  We atheists may have trouble coming to terms with that, too, but that doesn’t mean we start believing that we’ll see our dead friends and loved ones on “the other side”.  Warren:

It feels to me like something went wrong. He can’t die, I think. He’d made plans. He had so much left to do. A journey interrupted.

. . . There is something deep within us that rejects the idea that the road just stops. We feel there must be more. We must be made for more: more conversations, more laughter, more breaths to take, more miles to walk along the trail.

Yes, and there’s something deep within us that thinks that the sun moves across the sky and dips below a flat earth. But science showed that our intuitions were wrong.

Warren then broaches the idea that Jesus himself must have had a story similar to Thomas’s, something like “Prophet, Interrupted”.  Thus we get to the confirmation bias: because Thomas simply can’t have just expired forever, he didn’t! Why? Because the Bible tells us so and because Warren wants that to be true:

The truth is, no one — not priests, not scientists, not the most ardent atheist, not the most steadfast believer — can be 100 percent certain about what happens to us after we die. Each week at church, when we say the Nicene Creed, I affirm that I believe in “the resurrection of the dead and the life of the world to come.”

I believe that after I die, somehow mysteriously but also materially Jesus will raise me up to live on this good earth, made new. I believe this because I believe that Jesus is risen from the dead. Specifically, I believe the witness of the disciples and others who lived and died for their claim that they (and somewhere around 500 others) had seen Jesus alive again and spoken to and touched him. That’s ultimately why I believe there’s a God at all and why I believe God has defeated death.

Re the first paragraph, no, none of us can be 100% certain that we live on after death. But we can go on what data we have. That data says that there is no evidence for an immaterial soul that would somehow embody our person, that there is no evidence for anybody coming back from death or giving messages from the afterlife (save Jesus, of course). Finally, as Christopher Hitchens said, “What can be asserted without evidence can also be dismissed without evidence.”

As for the second paragraph, she piles one delusion atop another, all coming from taking the Bible literally. For every assertion she makes is based on the New Testament being literally true. Not only was there a historical Jesus (something that many of us doubt), but also that Jesus was a divine being, both the son of God and a third of God. His resurrection, of course, as well as the witnesses, are views that also come from the New Testament. If those are reasons for believing in God and an afterlife, good luck to Rev. Warren.

After all, we know that both the Old and New Testaments contain historical errors. The census of Caesar Augustus, for example, which made Joseph and Mary return to Bethlehem to be counted and taxed, never took place. Jesus told his disciples, “Verily I say unto you, There be some standing here, which shall not taste of death, till they see the Son of man coming in his kingdom.” (Matthew 16:28, KJV) That’s pretty plain: he was saying that he’d return for a second time during the lifetime of his disciples, which of course didn’t happen. (This statement of course has now been interpreted by theologians as meaning something else.) We’ve been waiting two millennia, and Jesus still hasn’t come back. Why not? Could it be because the whole story is fiction? And could it be that the resurrection of the dead is also fiction?

I’m curious about what makes Rev. Warren so sure that she’ll see Thomas in heaven instead, for example, of being reincarnated as another life form, as some Buddhists believe. What makes her think that the Christian beliefs are the right ones, and all other scenarios about what happens after death are wrong?

She gives the answer away in the last sentence here (my emphasis):

As a priest, when I talk about life after death with others, I tend to keep it objective, theological and creedal. I worry about making resurrected life sound sentimental, like we are just making stuff up, dreaming of what we wish was true. So I try to be evenhanded and factual. But the fact is, I believe this is true, and I believe there are good reasons to believe it’s true, but I also want it to be true.

We’ve already seen that there are not “good reasons” to believe that there’s an afterlife, as there’s no evidence save the assertions of the New Testament, which are repeatedly erroneous. The real reason is that she wants it to be true. And that’s one of the main reasons we have Christianity.

Two statements are relevant here. The first is by the estimable scientist Peter Medawar:

I cannot give any scientist of any age better advice than this: the intensity of a conviction that a hypothesis is true has no bearing over whether it is true or not.

Would only religionists who make assertions like Warren adopt that stand!

And the second is an old proverb:

If wishes were horses, beggars would ride.

And so, in her peroration, when Warren says, “I don’t want to live in a world where everything good suddenly ends,” my response is, “Well, you almost certainly do, so get used to it.”