Welcome to Sunday, October 10, 2021: National Angel Food Cake Day. As I’ve recounted before, my mother often made me an angel food cake with real strawberry frosting for my birthday. Does anybody bake angel food cakes any more? They’re good! 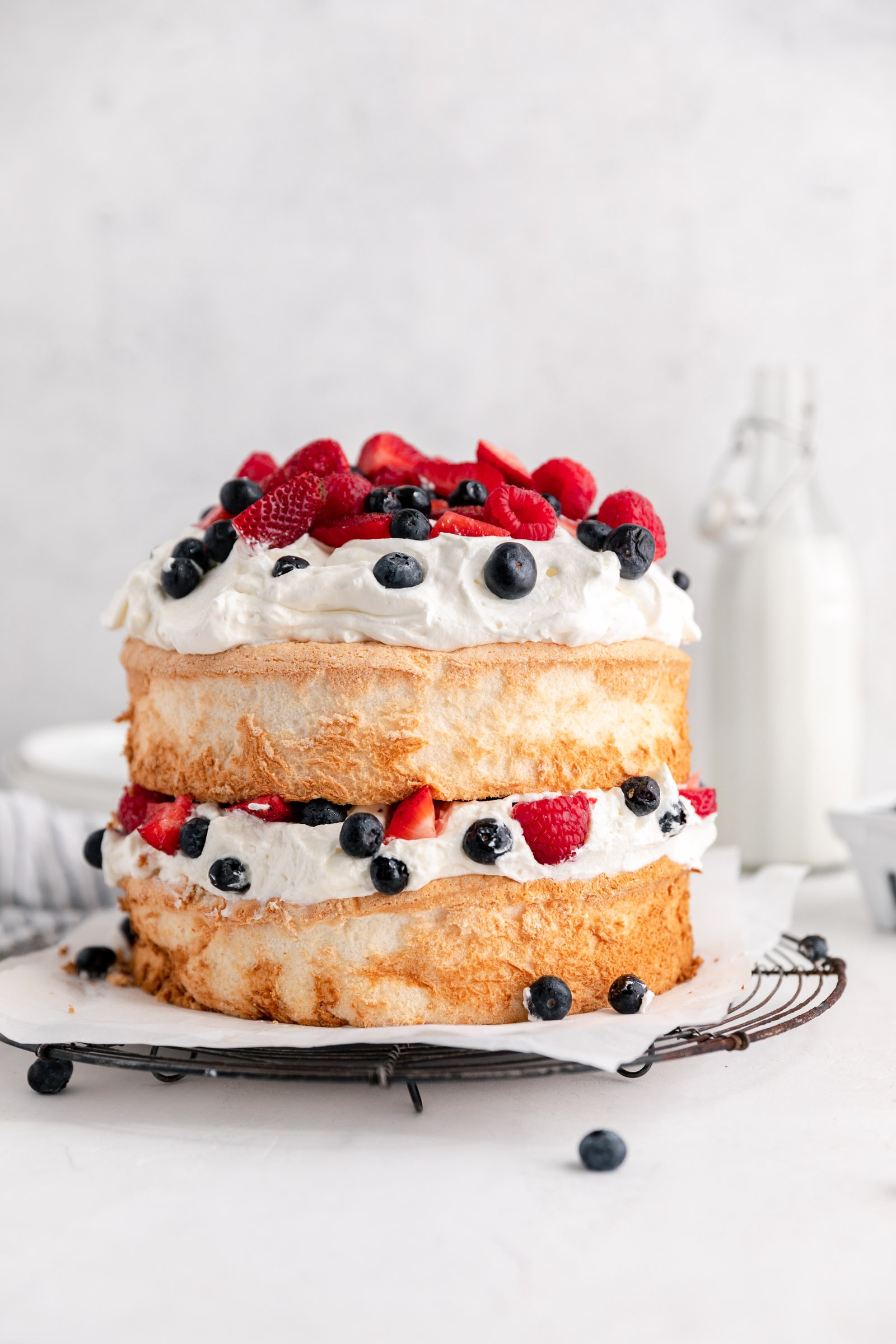 *The NYT reports on the deepening animosity between Taiwan and China, demonstrated by Chinese military planes invading Taiwanese airspace. China, of course, has always claimed Taiwan, and is now using it as a pawn in a standoff with the U.S. If China tries taking over Taiwan as it not only took over Hong Kong but changed its laws, the U.S. will be between a rock and a hard place. I doubt we’d be willing to resort to military action in response to whatever China did to take over the island;  I don’t see what we can possibly do in an eventuality that I once doubted, but now see as increasingly probable.

“To us, it’s only a matter of time, not a matter of if,” Rear Admiral Michael Studeman, the director of intelligence with the United States’ Indo-Pacific Command in Hawaii, said in a July talk, about the possibility of armed conflict over Taiwan.

*As I predicted (no, I’m not a pundit), the Taliban will be the Taliban. Their latest move is to declare that they’ll do nothing to contain ISIS in Afghanistan, which means more terrorism in the offing. It’s already happening as ISIS is repeatedly assaulting the country’s Shiite Muslims. What’s next: reneging on the promise to let girls get educated?

*The mess in Congress continues, and Biden’s agenda doesn’t seem to be faring well. The Washington Post warns that he’s running out of time to get his two big bills passed, now combined with a future squabble over the debt limit:

This upcoming stretch may be Biden’s last chance to revive a presidency that has suffered major blows in recent months. Since being rocked by the Afghan withdrawal and the surging delta variant over the summer, Biden’s approval rating has fallen steadily, hitting a low of 38 percent in the latest Quinnipiac poll. Some of the campaign pledges that inspired Biden’s supporters, from voting rights to immigration reform, have fallen by the wayside. A jobs report Friday suggested the economy has been slowed down by the delta variant.

A 38% approval rating? I never thought it could sink that low. I hope the Democrats can get it together soon.

*Throughout the U.S. Covid vaccine mandates for police are about to take effect. What surprises me is the resistance of both cops and police unions to mandatory vaccination. The New York City mandate is already underway, and yet only 68% of the NYPD officers and civilian employees are vaccinated. The Los Angeles City mandate for police starts October 19, and 3,000 officers plan to seek medical or religious exemptions. (On top of that, the L.A. county sheriff says he won’t enforce the mandate.) Seattle’s mandate begins on October 18, but as of two days ago a quarter of the city’s cops haven’t submitted their proof of vaccination, and Seattle could face a severe police shortage.  This issue is a tough one as it forces cities to choose between vaccine mandates and more crime. I don’t understand, though, the strong purshback that police have against vaccination. The problem would be solved if cops just got their jabs. Could it be that, because they’re authority figures, they don’t want people forcing them to do anything?

*Kathleen Stock, a feminist professor of philosophy at the University of Sussex, is the subject of a cancellation campaign over her views on gender. Wikipedia has characterized her views thusly:

Stock has expressed gender critical views on proposed reforms to the UK Gender Recognition Act and trans self-identification. She has called for trans women who have male genitalia to be excluded from women’s changing rooms, characterising them as “still males” who may be sexually attracted to women. She has denied opposing trans rights, saying, “I gladly and vocally assert the rights of trans people to live their lives free from fear, violence, harassment or any discrimination” and “I think that discussing female rights is compatible with defending these trans rights”.

For this some of her colleagues and students have started a campaign to get her fired, hyperbolically characterizing her as a transphobe whose views cause “harm”:

In January, hundreds of academics criticised the decision to give Stock an OBE for services to higher education in the New Year honours list.

In an open letter, they condemned academics who use their status to “further gender oppression” and said they denounced “transphobia in all its forms”.

The letter said: “Trans people are already deeply marginalised in society, facing well-documented discrimination, ranging from government policy to physical violence. Discourse like that Stock is producing and amplifying contributes to these harms, serving to restrict trans people’s access to life-saving medical treatments, encourage the harassment of gender-non-conforming people, and otherwise reinforce the patriarchal status quo. We are dismayed that the British government has chosen to honour her for this harmful rhetoric.”

This is what happens when you try to philosophically discuss the issues of rights when people are changing genders. The Guardian article reports that Stock is subject to concerted intimidation and harassment. To its credit, the University of Sussex is defending stock’s right to say what she wants, saying it won’t tolerate “threats to academic freedom.” The discourse on gender has gotten so polarized that even talking about it is taboo unless you agree with the most extreme construal of gender rights.

*Two zebras escaped from a pumpkin farm near Chicago, flummoxing residents and motorists who saw the striped mammals galloping through the fields and along freeways.  Fortunately, they were both captured unharmed.

Here’s the original NYT report of the completion of the canal.  From RUSC:

On May 20th 1913 two battered steam shovels met at the bottom of the Culebra Cut and sounded their horns – the digging was over. The explosion of the Gamboa Dike on 10th October 1913 succeeded in flooding the final stretch of dry passageway at Culebra Cut, and the Panama Canal officially opened on August 15, 1914.

From the Library of Congress, the dike before it was blown up, with the dry part of the Culebra Cut to the right. 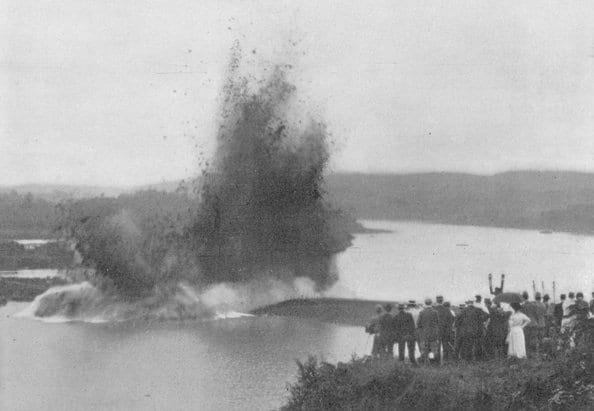 Nobody was ever indicted for this crime.

Here’s a video of the nattering nabob explaining his resignation:

Cavendish not only discovered hydrogen, but also calculated the density of the Earth. The University of Cambridge’s Cavendish Laboratory, where Watson and Crick deduced the structure of DNA in this lab. 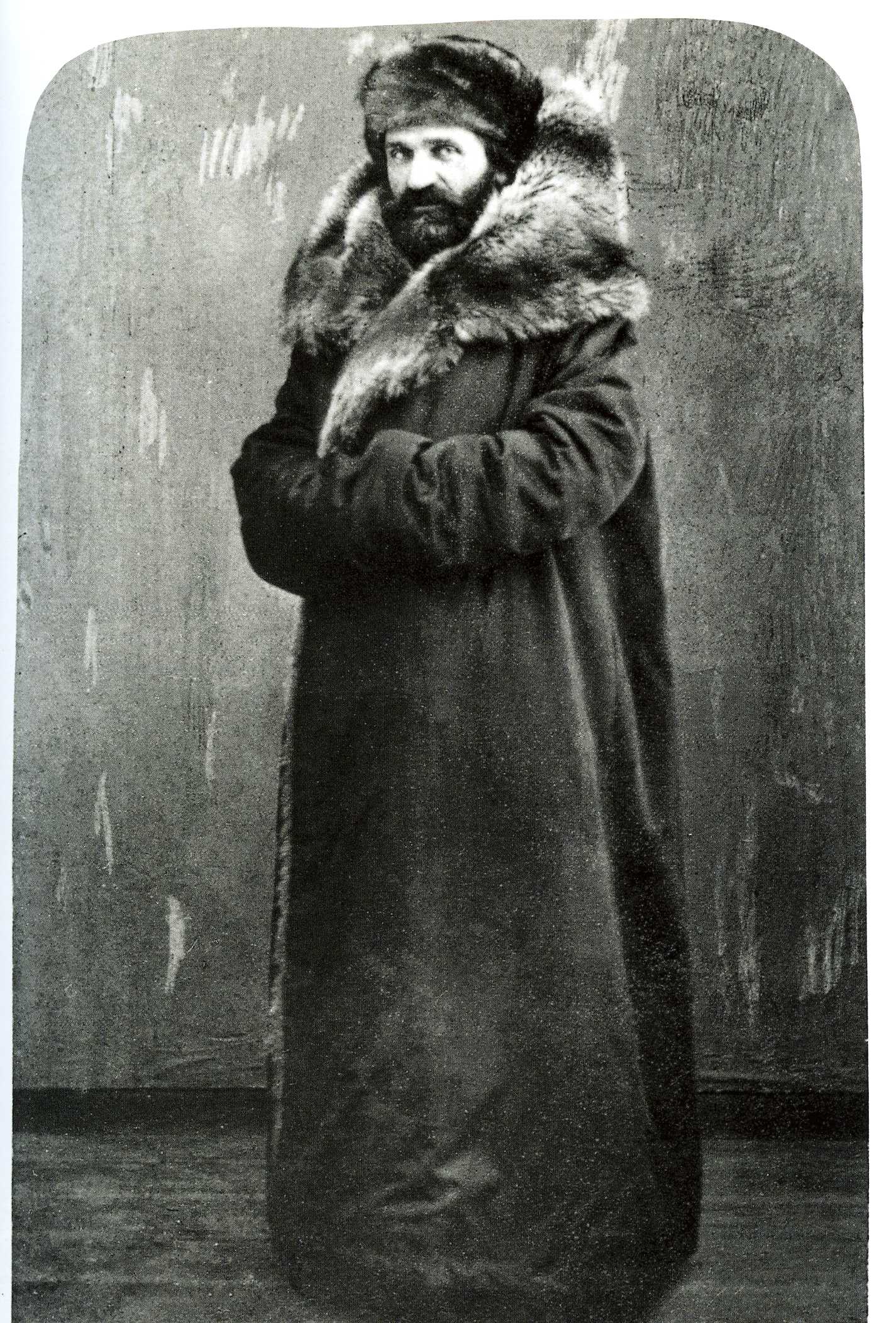 Nansen deserves to be better known. He was an explorer of the Arctic, one of the first party to cross Greenland on foot, later earned a Ph.D. in marine biology, and, after becoming a public figure, won the Nobel Prize for his work aiding the refugees of World War i. Here he is looking very Viking-like. The second picture is me (taken in the Antarctic, where all the lecturers and naturalists on the MS Roald Amundsen posed in a garment nearly identical to that worn by Nansen. (I’m going back to Antarctica on that ship early next year.) 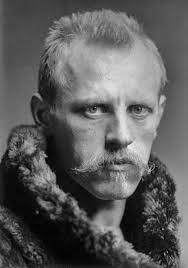 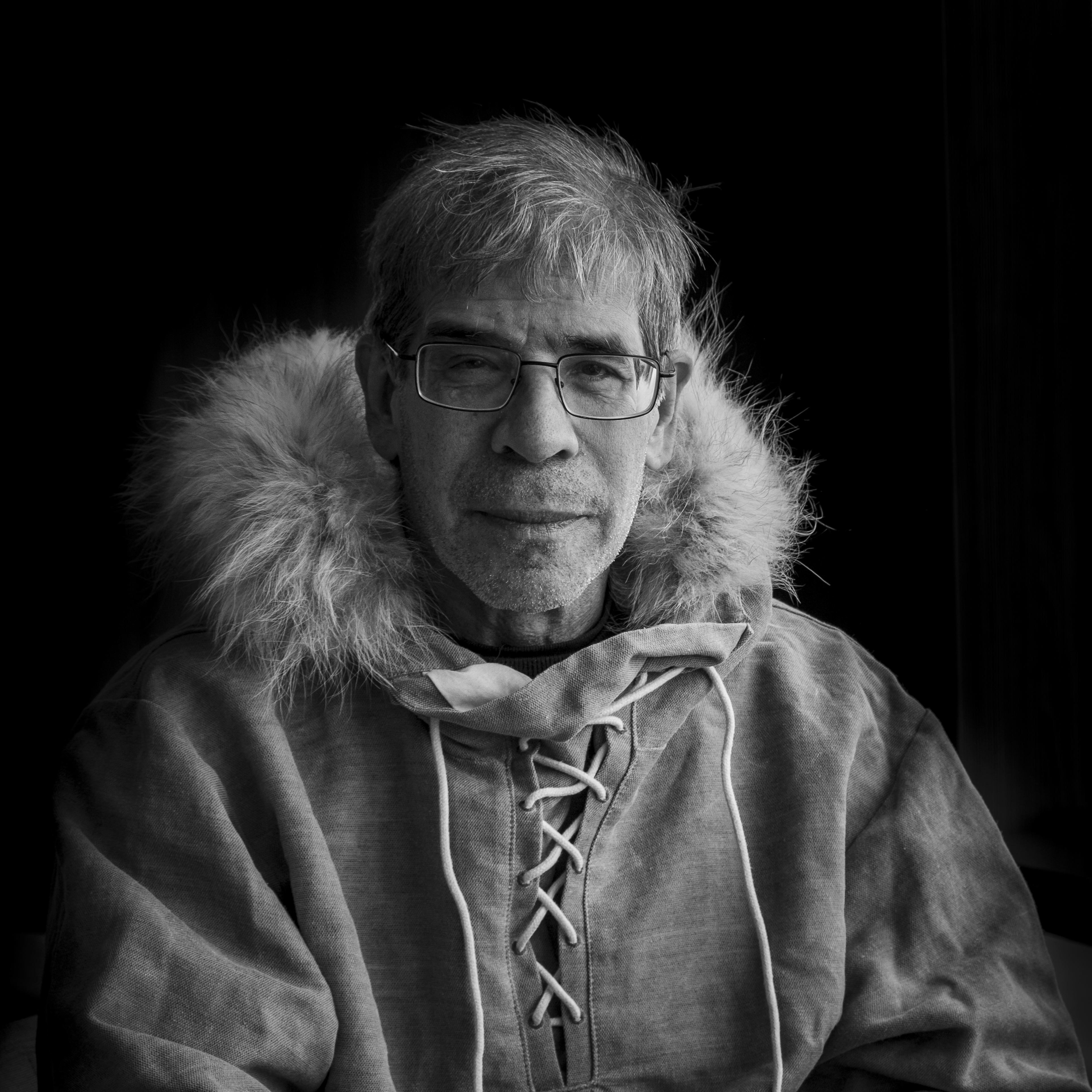 And here’s Monk at the keyboard:

Those who perished on October 10 include:

Here’s my favorite Piaf song, “Les Amants D’Un Jour” (“Lovers for a Day”), about two lovers who take a hotel room and then commit joint suicide. It’s a heartbreaking song:

Here are some outtakes of a very drunk Welles filming a Paul Masson wine commercial. (The final commercial is here.)

Meanwhile in Dobrzyn, Hili and Andrzej ponder the purple box of dry cat food by the window:

Hili: Is this box empty or full?
A: We can examine it.
Hili: There is no need, we can discuss it like genuine intellectuals. 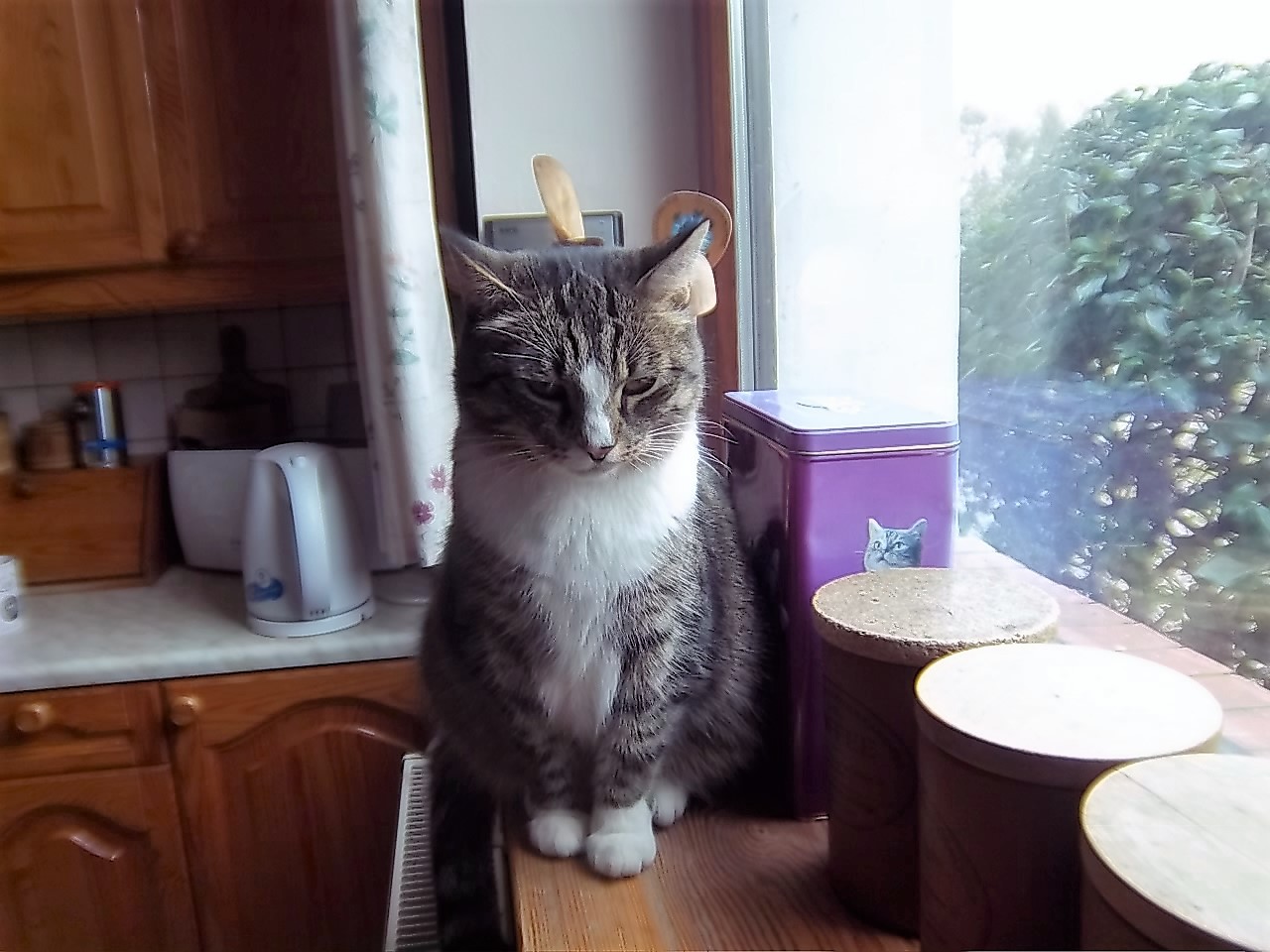 From Facebook: Geese drafting a motorboat.  Note that they’re flying in a V formation with the boat as the apex “goose.” The guy shouldn’t have tried to touch them, though. 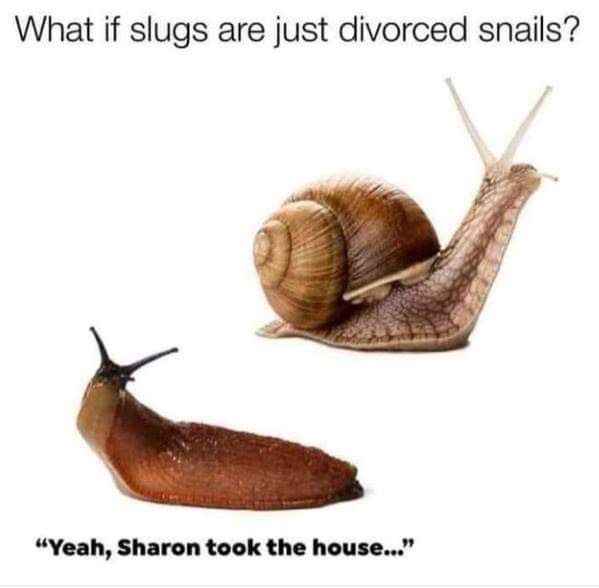 From Stephen Barnard. I, too, never got the appeal of those ripped-up jeans. Are they meant to titillate by showing a bit of skin? 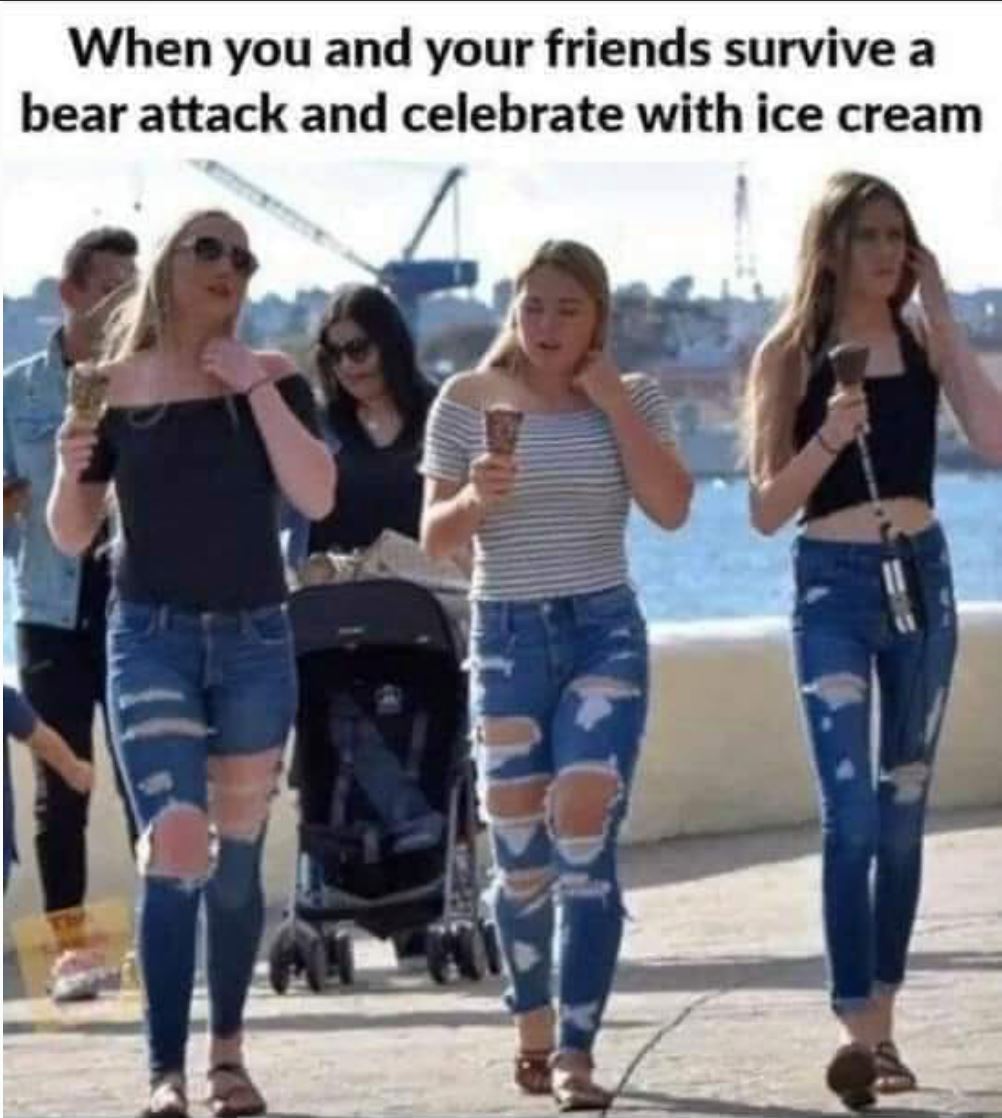 From Masih, a Spanish journalists reports on the courage of dissident women in Iran. Sound up and enlarge the video to see the subtitles:

This is called solidarity. Spanish journalist openly supports #WhiteWednesdays activists imprisoned for saying no to compulsory hijab in Iran

Celebrities, journalists, politicians. We need your support. Be our voice and make your video.

There are several varieties of flower mantises and their offspring Is pretty cute too.pic.twitter.com/3nUW8XQdGs

10 October 1943 | Charlotte Salomon, a German Jewish artist from Berlin was murdered in the German #Auschwitz camp. She created an autobiographical series "Life? or Theater?: A Song-play" consisting of 769 paintings.

Tweets from Matthew. Will some entomologist tell me why bees hold each other’s feet while they’re sleeping? (Bartsch is a classical scholar at my school, and is also married to Bob Zimmer, the recent ex-President who helped my ducks.)

In the Aeneid, bees hold each other’s feet and I didn’t know this was real! https://t.co/x0bvp1pXLU

Not the stuff of nightmares but of wonder. It wasn’t really a whale in the modern sense as it was semi-amphibious, and had four legs.

Looking for nightmare fuel? Science has got you covered. https://t.co/ST7CohGHQB

A murmuration of red knots in Norfolk. Matthew and I love these patterned flocks. For a

Norfolk, high tide at Snettisham. Volume up, this is just awesome! pic.twitter.com/pbzmzEmzsl

A triumph of art and technology (sound up):