The people have spoken and the Fat Bear has sung: we have a winner of the 2021 Fat Bear Contest. And it happens to be my favorite of the final pair: Otis (bear #480).  See below, and look at that weight gain on Otis in less than two months! 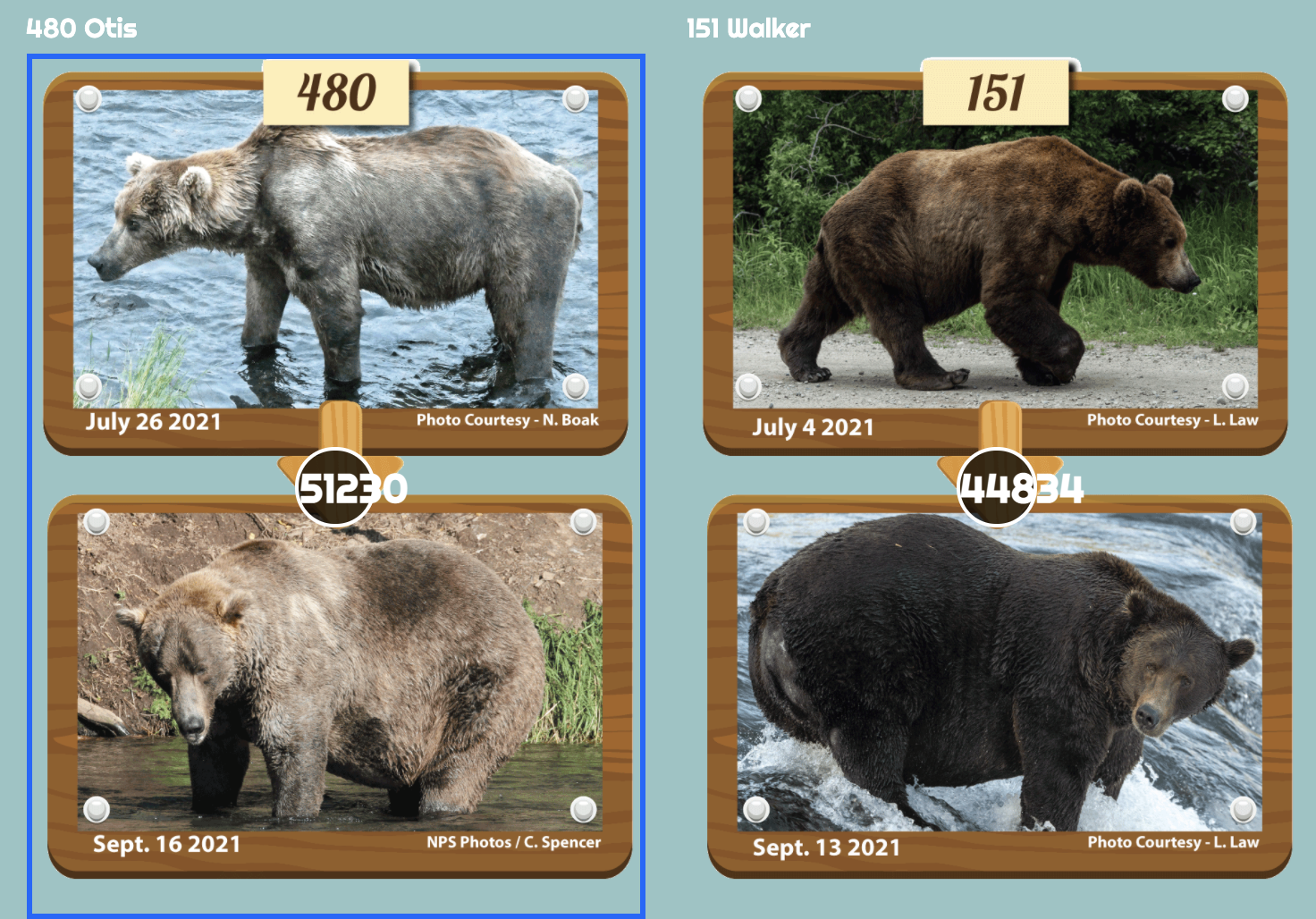 If you read their biographies, you’ll see that Otis was at a physical disadvantage here. He’s a Senior Bear, about twenty-five years old. Walker, in contrast, is a spry youngster of fourteen. Further, as you can see in the photo below, Otis has dental issues. As the bio states:

As bears age, they experience a variety of challenges and Otis is no exception. In particular, he is missing two canine teeth and many of his other teeth are greatly worn. Otis must also compete with younger and larger bears who want access to his fishing spots. Otis is more likely to be displaced by these bears than he is to displace them.

That’s one seriously messed up set of choppers!  So, as the disadvantage Underbear, Otis got my vote, and won handily, by nearly 6,400 votes.  Sadly, I don’t think the bears get a prize from the Park Service for winning: their reward is fitness coming from fatness: they have a higher chancing of surviving the winter hibernation.

So congratulations to Otis, and let’s hope he’s back next year. As the National Wildlife Federation notes, most grizzlies are dead by the time they’re twenty-five. 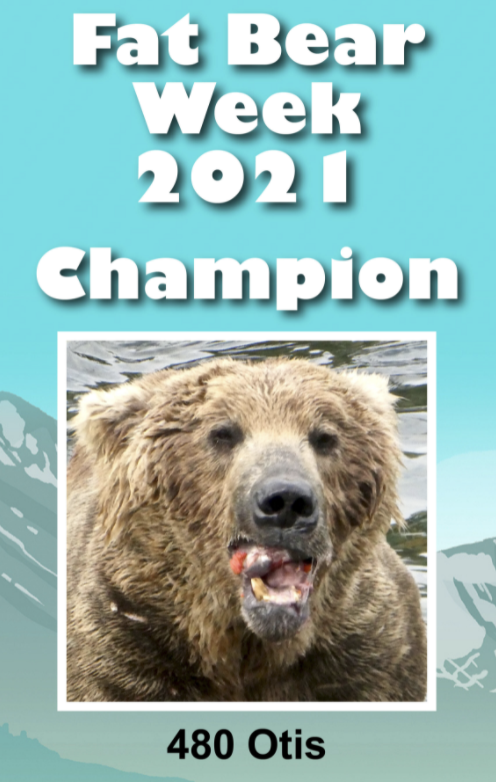