Two days ago I reported that Kink the Cat, beloved of Doc Bill in Houston, had unaccountably disappeared from his front yard. Doc was of course distraught, and I (and some readers) tried to tell him not to give up hope—that lost cats frequently come back after a period of time.

This optimism is usually foreign to me, but i know enough lost-and-returning cat stories to not keep saying, as Doc Bill did to me, “No, Kink is gone for good.”  The more I tried to give him some hope, the louder he maintained that he would never see his beloved Kink again.

Well, as of this morning, Doc Bill is eating crow while Kink is chowing down on cat food. Yes, as the song goes, “The cat came back.”  I’ll let Doc Bill tell the story in an email titled “Guess who came back?”

Helen opened the kitchen door to the garage to go shopping and Kink was on the mat, big as you please.  Helen shouted, “Kink is in the garage!” and I came running.

I expected a matted, wet, starved waif but it was just Kink.  Bit of a limp but otherwise fine.  Supports my cat abduction theory and he got away.  We’ve had torrential thunderstorms this week and any cat caught out in that would have been quite miserable.

Anyway, I’ll give you another update.  Kink is scuttling around the house nervously. 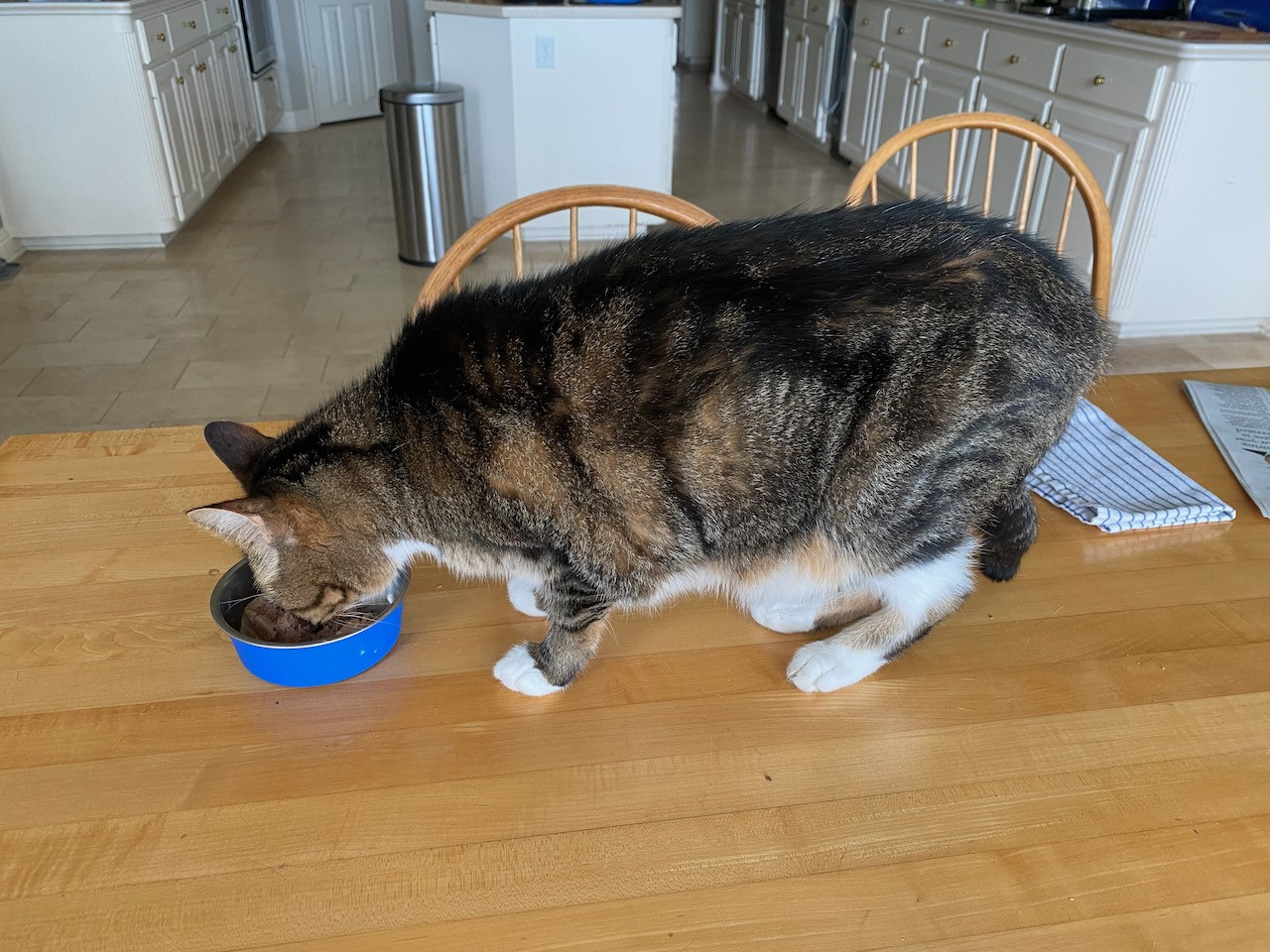 I congratulated Doc Bill, but couldn’t resist chastising him for his unrelenting pessimism when I told him that maybe Kink was gone for good, but I, for one, was holding out hope. Doc Bill replied:

I will gladly eat crow, rather than crows eat Kink!

I confess that as pessimistic as I was, I checked outside several times a day, and in the wee hours of the morning when I let Sherlock out.  I stared at the front porch willing him to saunter out of the azaleas like a Big Shot.  I scanned the trees for owls and eagles, but never saw any.  I watched for turkey vultures who always have a convention in the middle of the road around some hapless squirrel.  I looked for bluebottles.  Nothing.

Wherever he was, Kink found his way back to the house and through the cat door into the garage.  Amazing cat.  Not even Google Maps.  How do they do that? 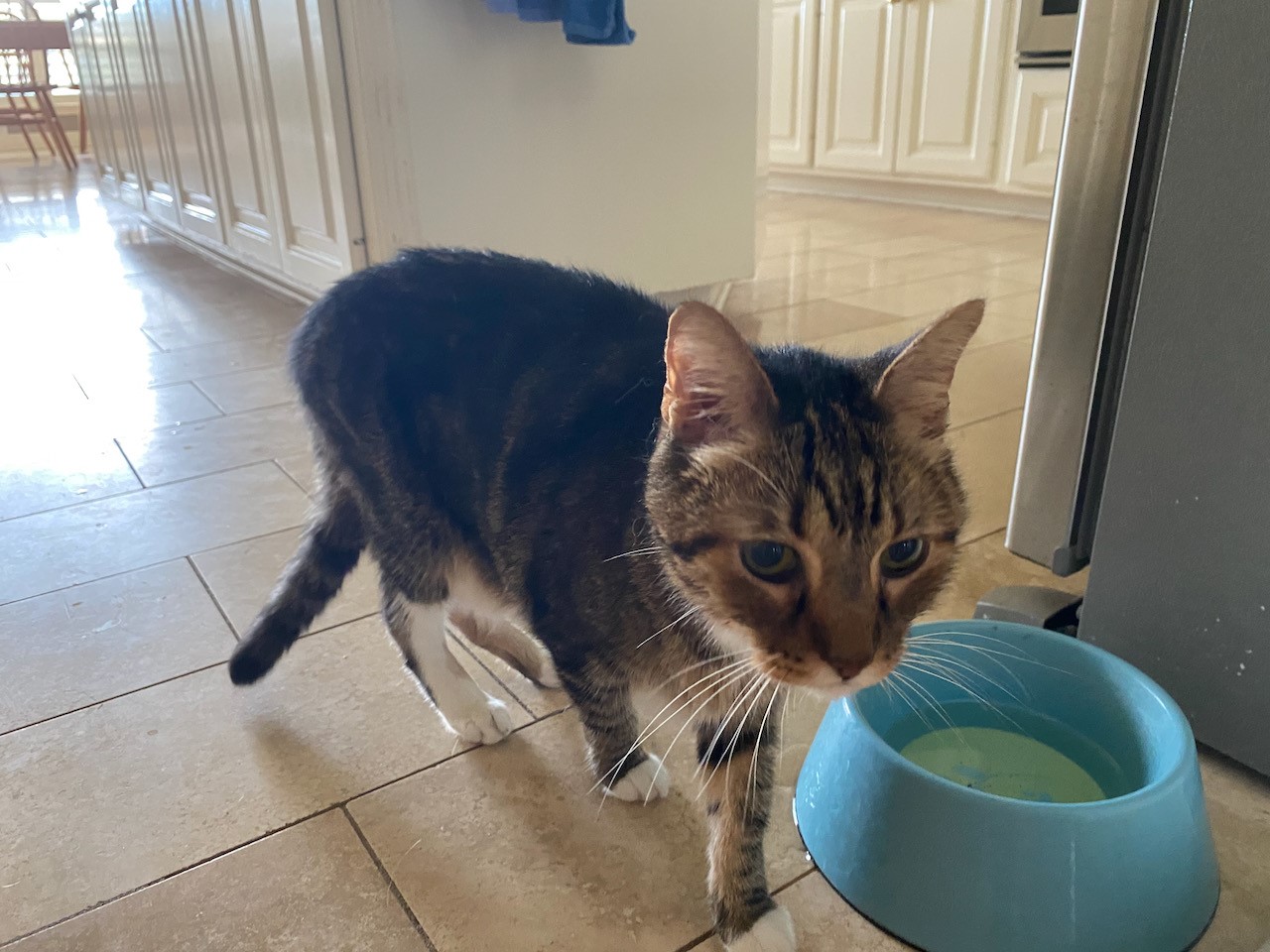 In response to my last inquiry about how the lad was doing, I got this:

Kink is doing fine.  He had two portions of Sheba chicken paté, tanked up on water and went upstairs to sleep.  Interestingly, Mr. Q [the other cat] hissed at Kink in the kitchen.  I suspect Kink smelled “funny.”  It has been a joy to hear the familiar vocalizations Kink makes as he checked out the house.  Kink is behaving like it’s a normal day.  “Hi, guys, what’s for breakfast?  Oh, chicken paté!  What a surprise.”

And so all is well in Houston, and Kink and the Doc are reunited. 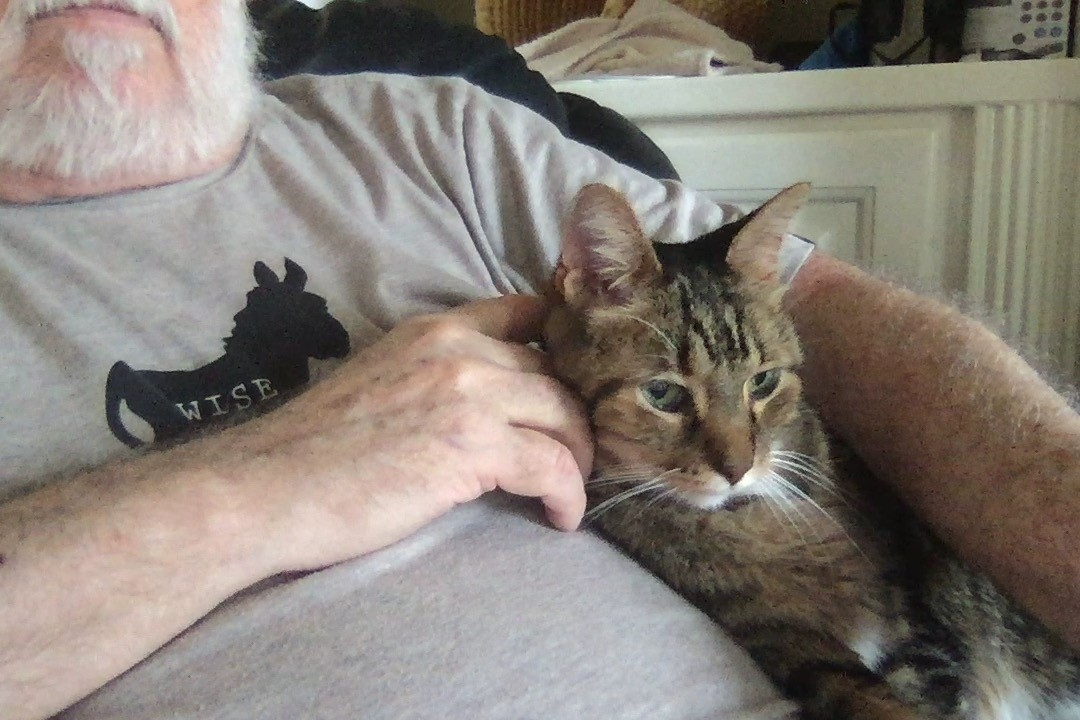