Below is a BBC quiz about cats, comprising 7 questions about Felis catus.  You’ll want to take it, of course, so click on the screenshot below:

I just took it this morning and got 6 out of 7 (try to guess the question I missed).  My score:

And put your own score below. I think it’s hard to get a perfect score!

Pupperish.com has a selection of signs about the meaning of cat behaviors that a vet posted in his office. There are 15 of them at the link below (click on screenshot), but I’ll show only five. The backstory:

Those of us who are cat owners know just how weird some of their behavior is, and sometimes it hard to decipher whether a cat wants to pounce on someone or wants huge cuddles with its owners. Cats are creatures of mystery, and we all wish that they had a universal language that we could understand so that it would be obvious what the hell they want sometimes! Luckily, Adam Ellis did just that and inspired a vet to use the shocking truths in his own clinic. The signs were printed out and put up all over the office for his customers to see, and they are just brilliant! 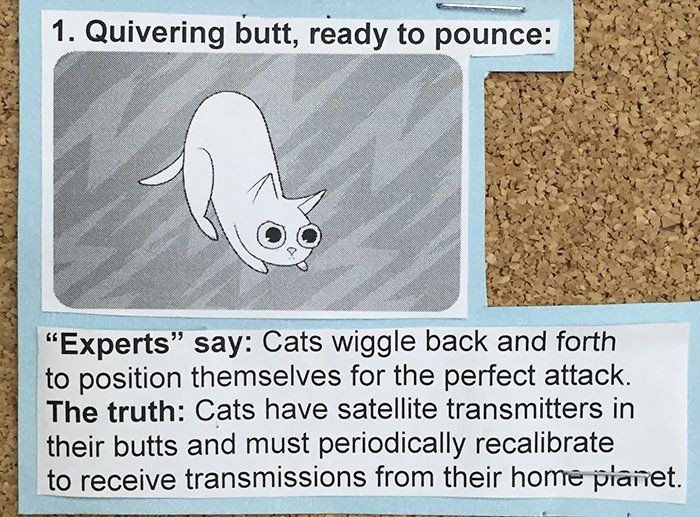 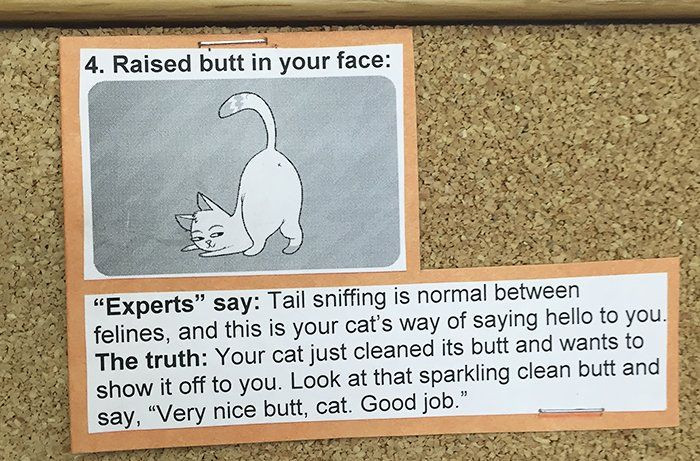 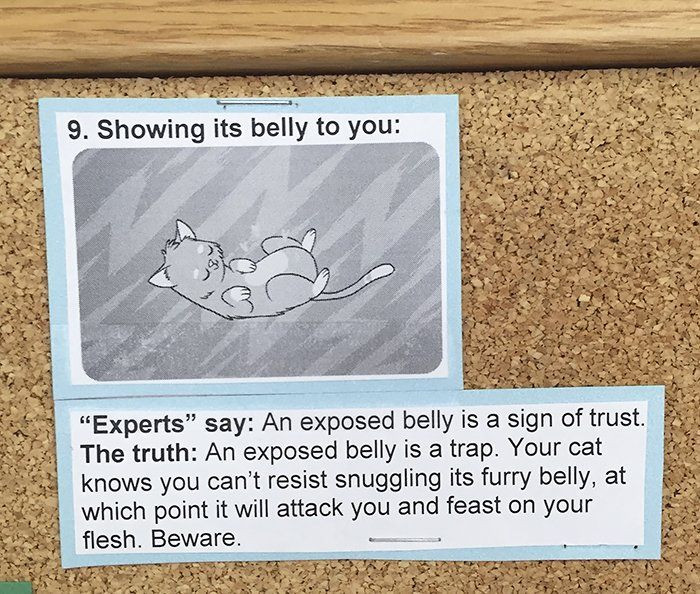 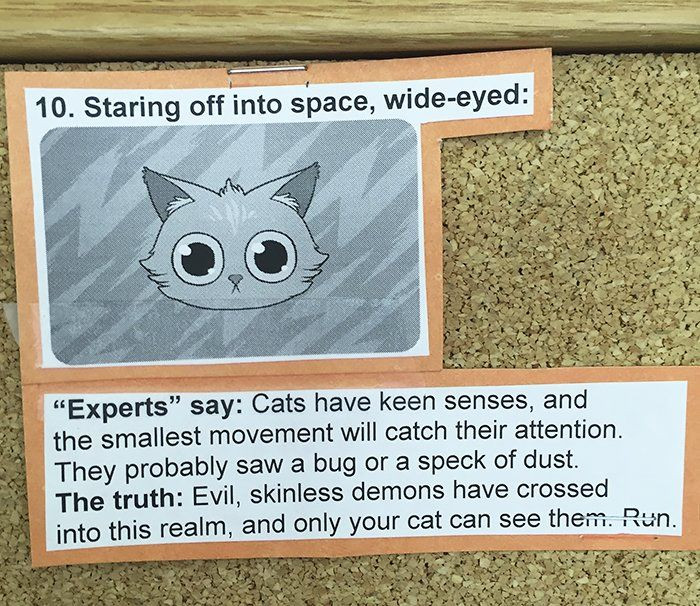 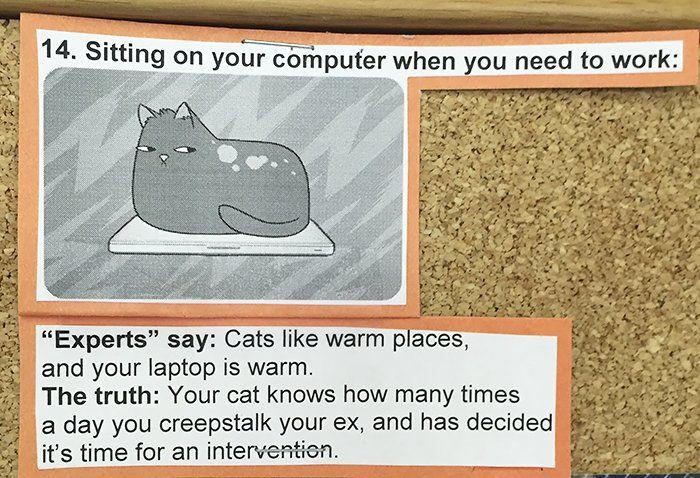 Third, and I’m really late on this even though many readers informed me, on September 9 Improbable Research announced the winners of the 2021 Ig Nobel Prize in various fields. The Guardian has a funny summary of the Prize and explains its provenance:

Not to be confused with the more prestigious – and lucrative – Nobel awards, to be announced from Stockholm and Oslo next month, the Ig Nobels celebrate the quirkier realms of science, rewarding research that first makes people laugh and then makes them think.

In a ceremony held online rather than in the usual theatre at Harvard University, real Nobel laureates handed out 10 Ig Nobels to scientists, economists, doctors and mathematicians from 24 countries on six continents.

And the biology prize went to studies of CATS. The links to the winning research go to Research Portal summaries of the papers, not to the original papers.

One other winner noted by the Guardian, this time the Ig Nobel Peace Prize:

“When I heard I’d won I was a little nervous,” said David Carrier, professor of biology at the University of Utah and recipient of the Ig Nobel peace prize. “I was thinking, do I want this award?” After a little research, he concluded he did.

Prof Carrier and his colleagues set out to test the controversial hypothesis that men evolved beards to protect their faces in fist fights. While Charles Darwin – a man who fully embraced facial hair – suspected beards evolved “as an ornament to charm or excite the opposite sex”, Carrier found evidence for their protective qualities. After dropping weights on to a bone-like material covered in sheep fleece, he concluded that hairy skin absorbs far more energy than smooth skin.

“It’s not that beards provide a lot of protection. A really strong punch is always going to be dangerous,” he said. “What we can say is that they provide some protection to the bones and skin. He now wonders whether beards might also act as obscurants, making the jaw harder to target in a fist fight.

Panselectionist! They could be ornaments sexually selected to appeal to females (remember, our ancestors didn’t shave).

Lagniappe: Bengals, the world’s most beautiful cat. I could have a kitten for free if I wanted from a great breeder whom I know, but I travel a lot, and Bengals are active and I’d have to get two in a fairly small flat. So this is something on my bucket list that will go unfulfilled. Very sad.

Here is a new video of Mommy cat and her kittens. The kittens are 4.5 weeks now. Mommy is nursing and bathing her kittens.This is Bella her [sic] first litter and the video is filmed in 2018.