News of the Day: Once again I haven’t kept up with the news, so here are a few tidbits. Feel free to put news of interest in the comments, which I do read.

*Today’s the big right-wing rally at the Capitol in Washington in support of the earlier thugs who invaded the building on January 6.  There are no credible threats (yet), but the police/military presence will be strong:

In what the Capitol Police chief called the “new normal” of security amid rising threats from domestic extremists, the administration will deploy 100 unarmed National Guard troops to downtown Washington on Saturday. The additional military presence comes after intelligence officers tracked online threats made against members of Congress and reported that some rally attendees supportive of former President Donald J. Trump “may seek to engage in violence.”

*A genetic analysis of 3000-year-old Central European skeletons of warriors from a battle shows that they didn’t have the genetic variant for lactase persistence, and so couldn’t digest milk. Since that variant was very common by 1000 A.D., it seems as if the gene spread rapidly (other estimates have given it a selective advantage of about 10% over the alternative, non-digesting gene). Remember, 2000 years was only about 100 human generations at that time. As Science notes (linking to the original paper in Current Biology),

“That means that within about 100 generations, the mutation had penetrated populations across Europe. “That’s the strongest selection found in the human genome,” [co-author Joachim] Burger says.

*John McWhorter’s new column in the NYT reports an example of cancellation at the University of Wisconsin-Madison at least as egregious as the removal of the Rock of Shame. Read it for yourself. It seems that one of his two weekly columns will be about linguistics and the other about race.

Today was a thin day in history. Stuff that happened on September 18 includes:

Here’s a painting of the event. What would George think about what’s going to happen there today? 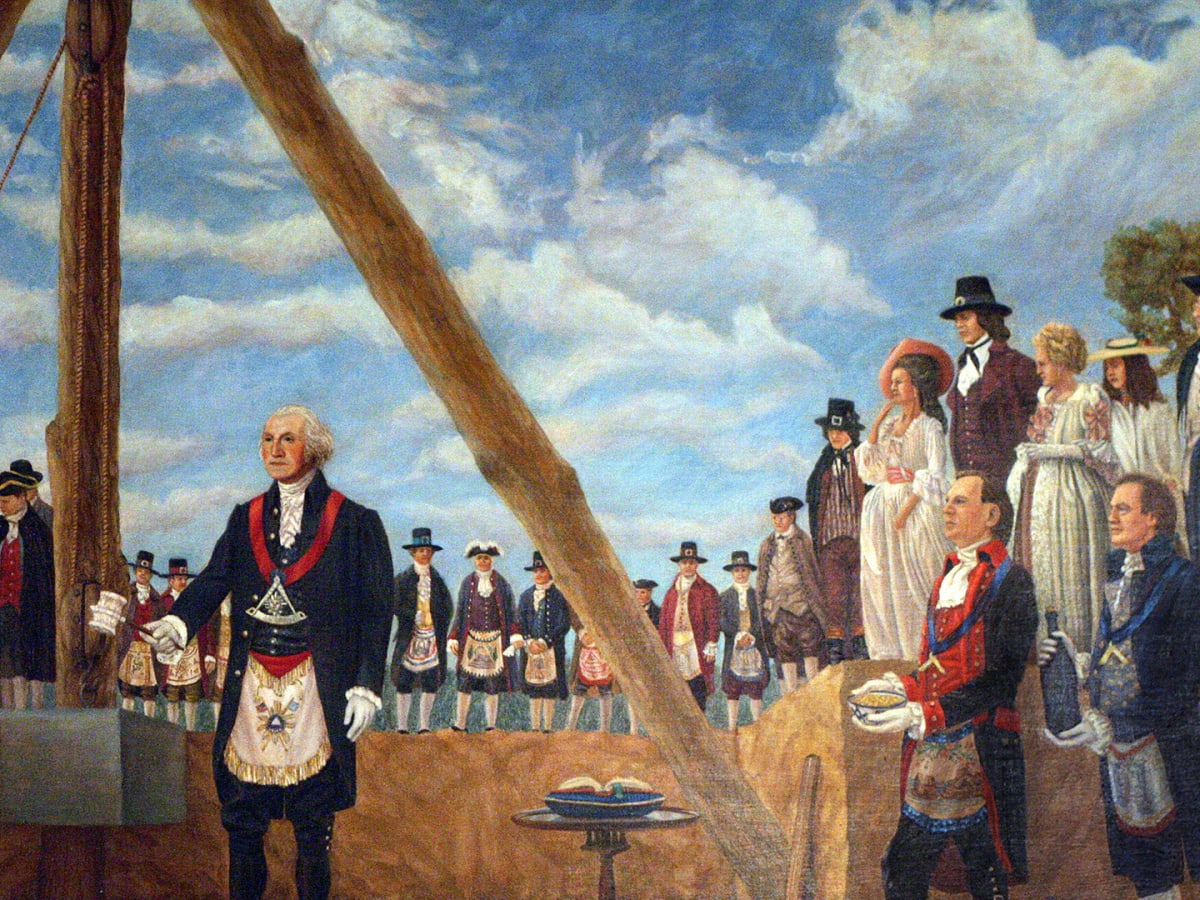 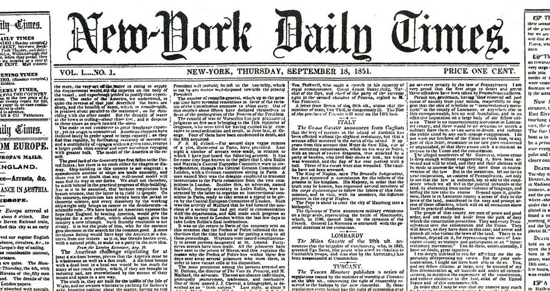 She served from 1949, the year I was born, until 1973, and was also the first woman to serve in both houses of Congress. A moderate Republican, she was also one of the first to oppose Joe McCarthy’s red-baiting tactics. A photo: 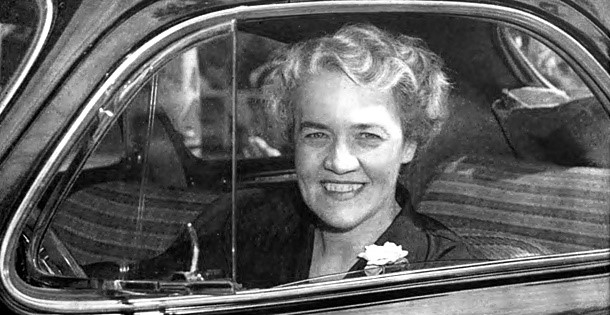 I think the next vote will have a different outcome, och aye?

Here’s Garbo’s most famous line, and she did wind up alone.  From Wikipedia:

She is closely associated with a line from Grand Hotel, one which the American Film Institute in 2005 voted the 30th-most memorable movie quote of all time, “I want to be alone; I just want to be alone.” The theme was a running gag that began during the period of her silent movies.

It’s Pinkah’s birthday, and he’s 67: the most unfairly despised intellectual in America! Here he is from February of last year wearing his custom cowboy boots made by Lee Miller of Austin—the same guy who made mine: 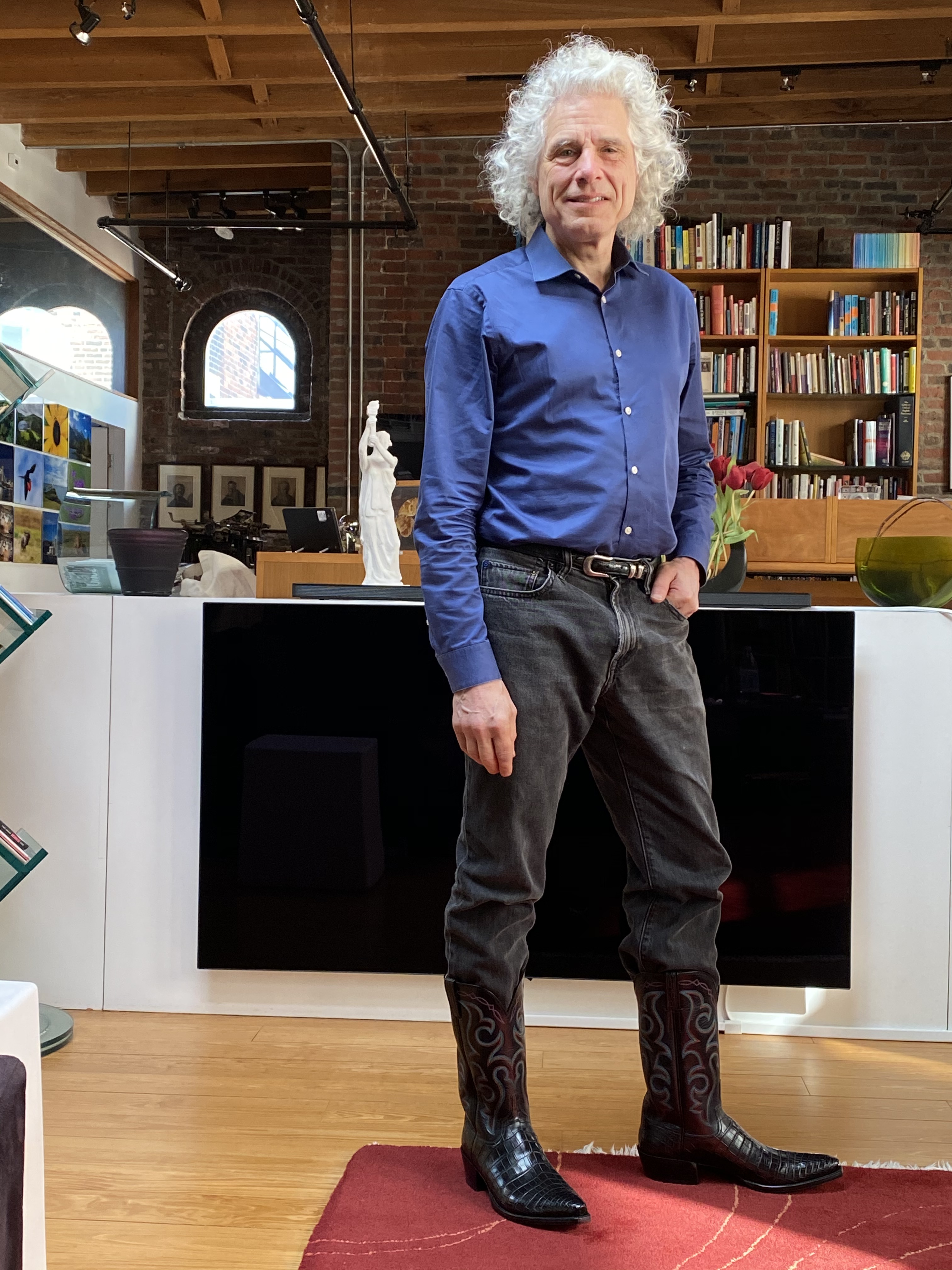 One of the many greats who played from Brazil, Ronaldo shows his skills in this “best of” video:

Those who gave Charon his coin on September 18 include:

Remember, his last name is pronounced “OY-ler”, as in “Oy vey!”

I must of course show a video of Hendrix, and here’s one of him performing perhaps his most famous song:

Hili: Life is cruel.
A: Why do you think so?
Hili: I do not see anything I could eat. 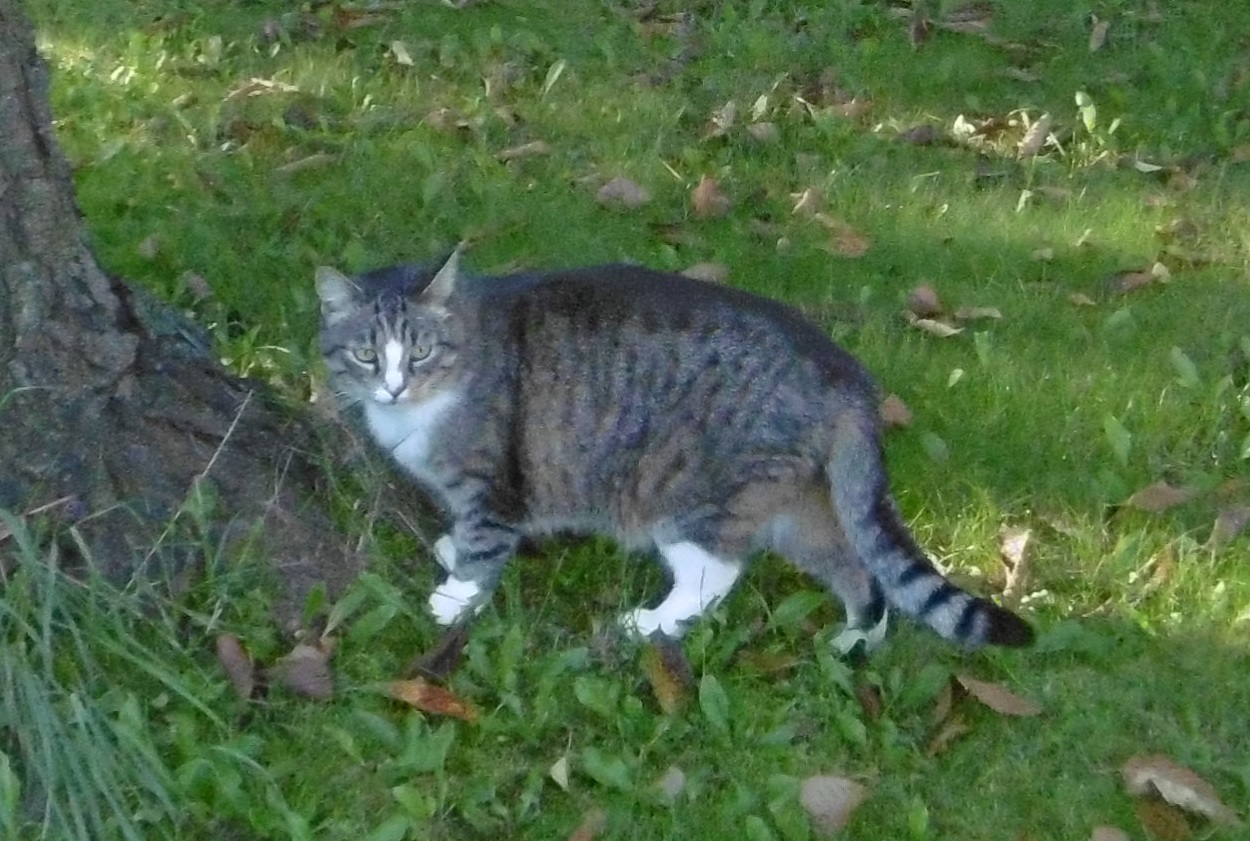 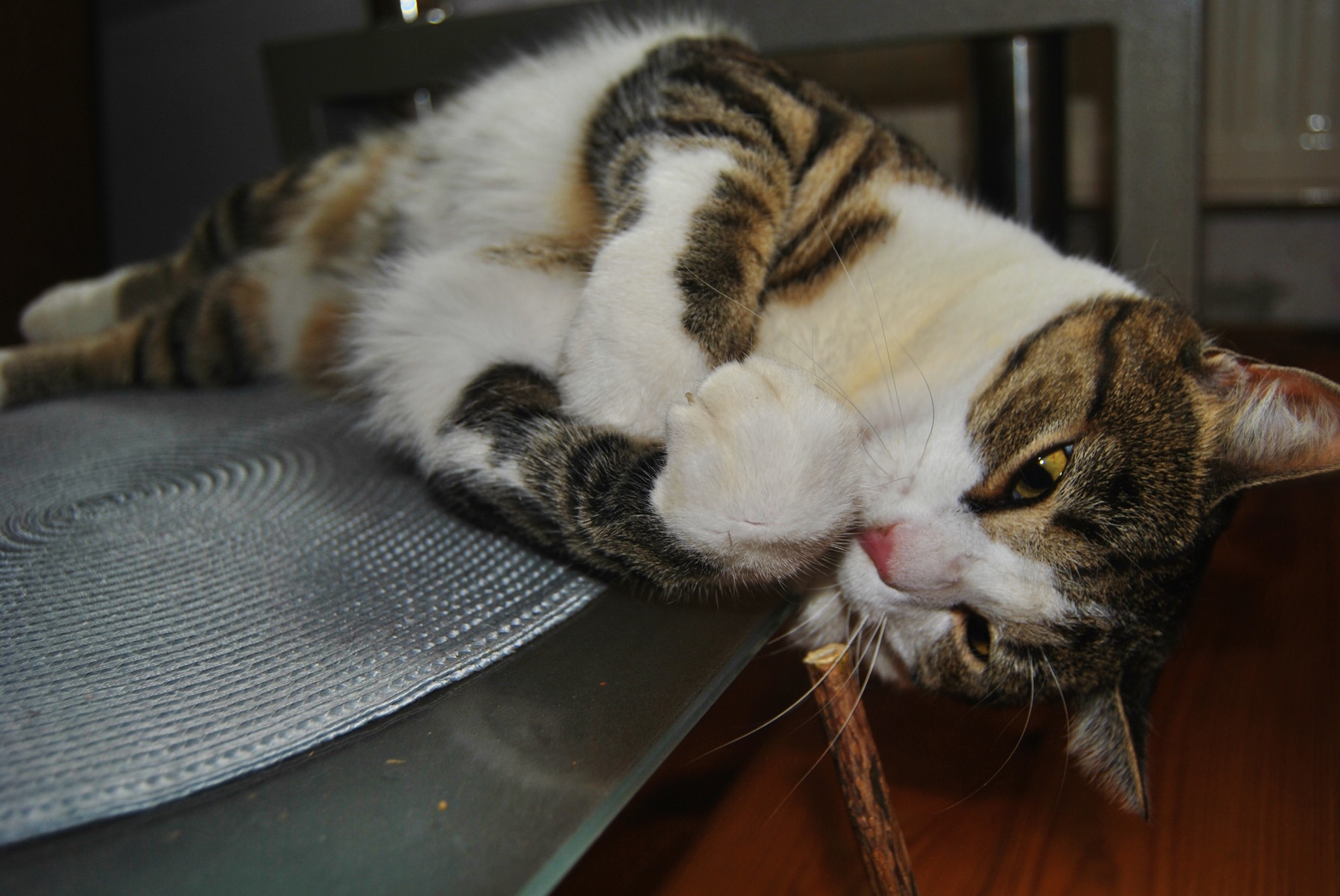 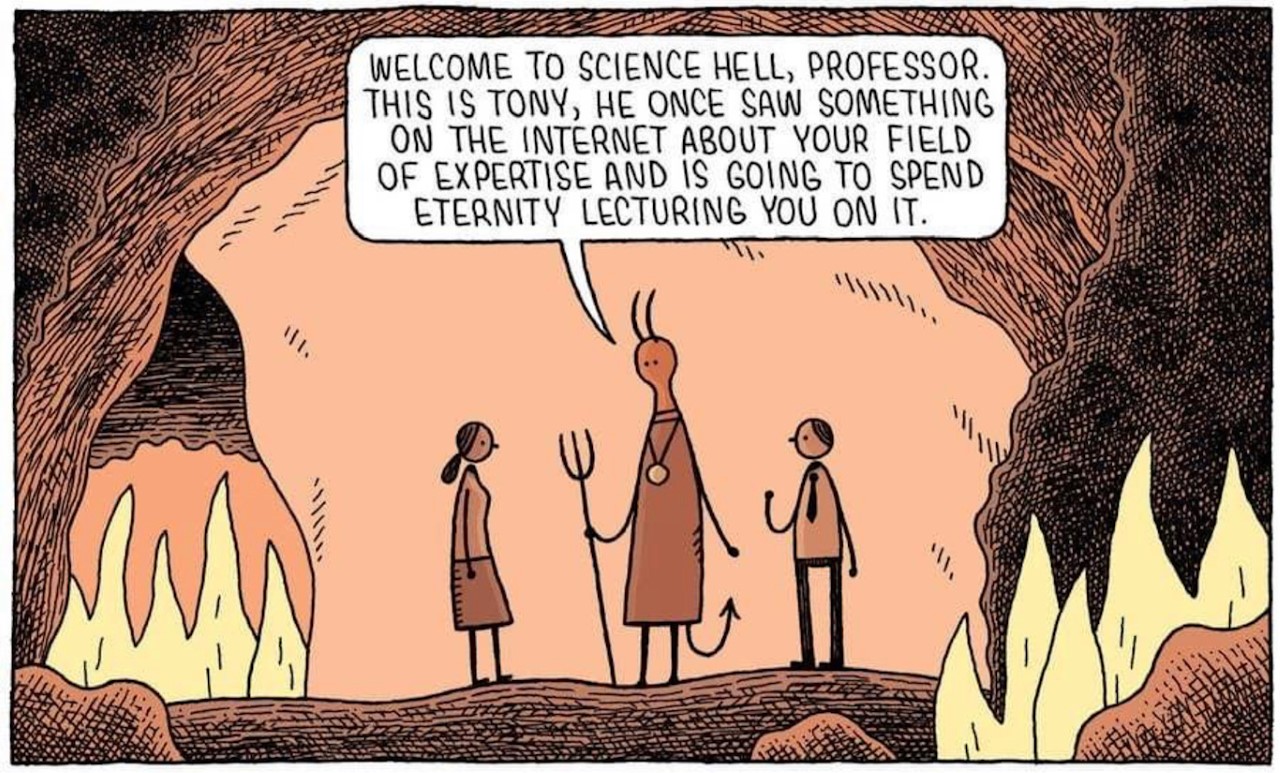 From Gregory: a Darth Vader tabby found on Facebook. He says, “May the Force be with mew.” 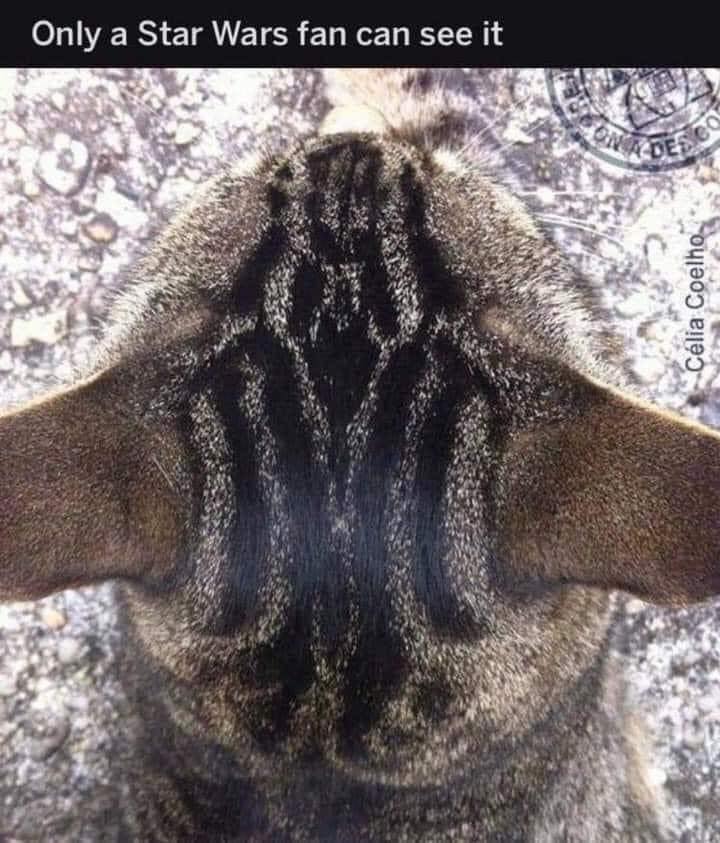 I can’t help but reproduce this excellent Gary Larson cartoon. I don’t have a phobia, because ducks are often watching me. 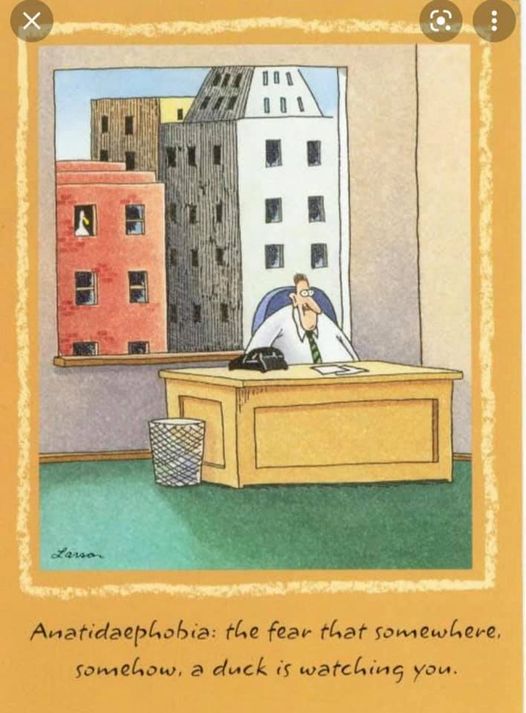 In July 1942 she was deported from Drancy to #Auschwitz. She did not survive. pic.twitter.com/KjTVZpeD3O

Geese gather around man playing the harmonica at the Daan Forest Park in Taipei.

The geese are named Qiqi and Fanfan in case you were wondering.(🎥:Luby Liao)🎶🎵

From Luana. It seems that Anya Taylor-Joy just won a Golden Globe Award and a SAG Award for best actress for her performance in The Queen’s Gambit. Here’s her ancestry from Wikipedia:

Her father is an Argentine of English and Scottish descent, son of a British father, Alfred Royal Taylor, and an Argentine-British mother, Violet Mary Forrest. Her mother was born in Zambia, to an English diplomat father, David Joy, and a Spanish mother, Montserrat Morancho Saumench, from Barcelona.  She is the youngest of six siblings, four from her father’s previous marriage.

Wilfred Reilly a person of color, is amused by Taylor-Joy being lumped in with other PoCs.  Be sure to look at her photo. One thing you know for sure, the PoC category has nothing to do with pigmentation. I always thought it had to do with oppression, but I doubt Taylor-Joy is oppressed.

The recent expansion of the "two or more races" and "Native" categories in the USA and urban LatAm is my favorite thing ever.

Tweets from Matthew. Are the koi following the swan to get food? Is the bird dipping the food in the water to moisten it? (I doubt it’s feeding the fish!):

Not sure if this is beautiful or creepy or a bit of both pic.twitter.com/usrXSJKBcM

Another coronavirus in a wild bat similar to the one that started the pandemic in Wuhan. People on the thread are still pushing the lab-leak theory, which, though possible, seems improbable to me given the epidemiology of the spread

Major new Bat sarbecovirus discovery in horseshoe bats in Laos. A virus with a spike protein containing an RBD only 2 amino acids different from Wuhan SARS CoV2 and uses hACE2 as efficiently

So now this is definitive. There is nothing unnatural or "uniquely adapted" about SARS2

Look at this beautiful photo!

Shuchang Dong has won the 'Astronomy Photographer of the Year' award with this photo of an annular eclipse last year over Tibet pic.twitter.com/2yD16sOCbp

And a beautiful cup. Is that a leopard?

Beautiful Roman glass cup found in a ‘princely’ burial of a 25-30 year old man at Himlingøje in Denmark, 3rd century AD. The cup was imported from a glass workshop in Rhineland.