Since Bret Weinstein and Heather Heying left Evergreen State under trying circumstances, they’ve made a living doing podcasts on YouTube, and have become somewhat notorious for their stand on Covid-19 and the dubious remedy Ivermectin.

The story below, from the Portland, Oregon news site Willamette Week, reports how both Weinstein and Heying not only remain unvaccinated against Covid, as they don’t trust the vaccine, but are also dosing themselves with Ivermectin, a drug used in humans for roundworm, lice, and skin conditions, but which has no effect on the coronavirus. (It’s also famous for de-worming horses.) The FDA has strongly warned humans not to dose themselves with this drug as a treatment or preventive for Covid.

Nevertheless, according to both the story below (click on screenshot) and the section on Weinstein and Covid on Wikipedia, the ex-professors have been relentlessly touting Ivermectin (read the Wikipedia section for documentation) and taking it themselves.

Here’s how two “progressive” biologists (not just one) have completely ignored science for reasons best known to themselves. What they have accomplished, instead, is to ruin their reputations except among the loons and some Trumpies.

Instead, the loudest voice [doubting vaccines] may be that of a Toyota-driving Bernie Bro who lives near Lewis & Clark College, an evolutionary biologist with a Ph.D. who studied and taught at two of the nation’s most liberal universities and participated in Occupy Wall Street.

His name is Bret Weinstein, and he makes his living preaching the dangers of COVID-19 vaccines while extolling ivermectin, the controversial drug often used to deworm horses.

Weinstein, 52, is one of the foremost proponents of ivermectin. He’s appeared on Tucker Carlson’s show to flog the drug. He and his wife, Heather Heying, also a Ph.D. biologist, went on Real Time With Bill Maher in January, an appearance that boosted interest in their DarkHorse Podcast, which has 382,000 subscribers on YouTube alone.

Weinstein’s biggest fan is probably Joe Rogan, host of the most popular podcast in the U.S. Weinstein appeared with Rogan four times, including a June 2020 show that’s gotten almost 8 million views on YouTube. In June 2021, it turned into a lovefest.

. . .“Your podcast is one of my very favorites,” Rogan said. “I listen to it or watch it all the time. It’s an amazing source of rational thinking by educated people who talk about things they understand, which is exactly the opposite of what I do!”

. . . Now, because of people like Weinstein, a drug meant for 1,000-pound animals is flying off the shelves in feed stores not just in red states, but even in Multnomah County, where the vaccination rate is approaching 80%.

. . . But unlike most of their fellow residents in Multnomah County, both say they are not vaccinated. Instead, they protect themselves from COVID by eating whole foods from farmers markets and by taking weekly doses of ivermectin, along with vitamins C and D, and zinc.

. . . Weinstein likes ivermectin, he says, because it has a stellar safety record (it does) and it’s cheap (it is, at about $5 a pill). Vaccines, meantime, are the opposite. They aren’t proven to be safe yet, Weinstein says, and they’re more expensive (for the governments who purchase them).

I won’t go on; you can check for yourself, but I will quote David Gorski, also known as Orac and an oracle on the Science-Based Medicine site:

“Bret Weinstein is one of the foremost purveyors of COVID-19 disinformation out there,” says Dr. David Gorski, a surgical oncologist and professor at Wayne State University who also debunks quack remedies as managing editor at a website called Science-Based Medicine. “Weinstein can be ‘credited’ with playing a large role in popularizing the belief that ivermectin is a miracle cure or preventative for COVID-19, that the vaccines are dangerous, and that the disease itself is not. Why are Rogan and Maher attracted to his messages? Contrarians and conspiracy theorists tend to be attracted to each other.”

I am still baffled why Weinstein and Heying are pushing quackery after careers as biologists—ecologists and evolutionary biologists! I think most of us admired Bret for taking a stand against extremist anti-racism at Evergreen State, a stand for which they eventually had to leave teaching. But then Bret started broaching weird and convoluted theories of evolution, and now this—horse drugs!

All I can guess is that the pair are contrarians to the bone, and are acting it out with horse pills. It can’t really be the science, as all the data say that the vaccines are both effective and safe, while Ivermectin is of NO value in preventing or treating Covid-19. And, of course, it could be dangerous, especially if you buy the veterinary brand, as it’s designed for horses, who have much greater mass than humans, and the animal formula of Ivermectin is different from that used for other human ailments.

Bret and Heather, are you listening? Please stop this dangerous and antiscientific madness, as you could be hurting people rather than helping them.

They won’t listen to their critics, of course, and for that reason their reputation will be permanently marred in the community of rational thinkers.

Bret and Heather from the news site: 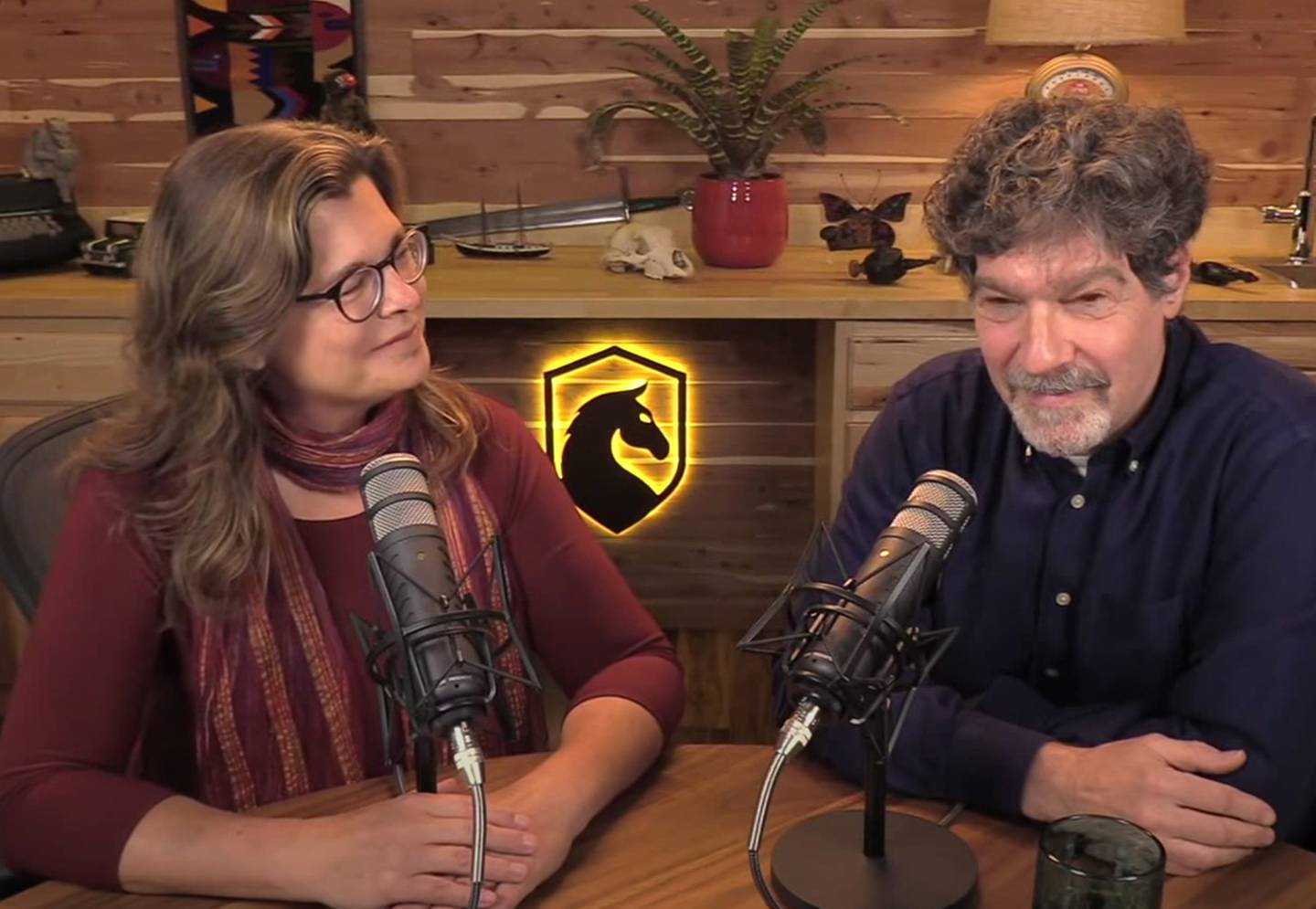 187 thoughts on “Bret Weinstein and Heather Heying go unvaccinated for Covid, take and promote Ivermectin instead”