It’s time for the weekly cat trifecta, and we have special lagniappe today.

The Animal Rescue Site has a training video for veterinary technicians. Here a man plays a fractious cat, and the site says he should win an Oscar for his performance.  I think this is a joke, but maybe not. . .

From Wired we have this provocative article (click on the screenshot). If you have a cat, you already know that it can run a lot faster than you—even if you’re Usain Bolt. (Bolt ran his 100 m record sprint at 27 miles per hour, just under the top speed of a house cat.)

and here’s the study it refers to, which I haven’t read as it’s impenetrable (click on screenshot for free access):

As the first article notes, there are three factors at play in determining an animal’s maximum speed: body size, limb length, and whether it’s bipedal or quadrupedal (the latter confers more speed). Previous work had suggested, in contrast, that metabolism was the key, and large animals simply ran out of fuel faster than small ones.  This doesn’t appear to be true:

[Michael] Günther’s team was also able to predict theoretical speed maximums for different body designs at 100 kilograms, or about 220 pounds. A house cat this size could run up to 46 miles per hour; a giant spider, if its legs could somehow sustain its weight, would top out at 35 miles per hour. Unsurprisingly, the average human body design comes in last place here: At 100 kilograms, we can only reach about 24 miles per hour.

But body size isn’t the only feature that comes into play when maximizing speed. In the model, leg length also mattered. Animals with longer legs are able to push their bodies farther forward before their foot must leave the ground, prolonging the time they have to accelerate between midstance and liftoff.

As for why four-legged animals can run faster than humans, Günther says this isn’t because we only have two legs, but because our torsos are positioned upright and feel the full force of gravity. Bipedal creatures have evolved with much more rigid spinal structures to prioritize balance and stability over speed. Animals whose trunks are parallel to the ground, however, evolved with more flexible spines that are optimized for prolonged foot contact with the earth.

But what about muscle fatigue? “It doesn’t play any role,” Günther says.

Oh, and there’s this:

According to the team’s results, the sweet spot for overcoming air drag and inertia lies at around 110 pounds. Not coincidentally, that’s the average weight of both cheetahs and pronghorns.

The paper is way, way above my pay grade. Here’s one of its figures, which has to be a candidate for Worst Figure of the Year: 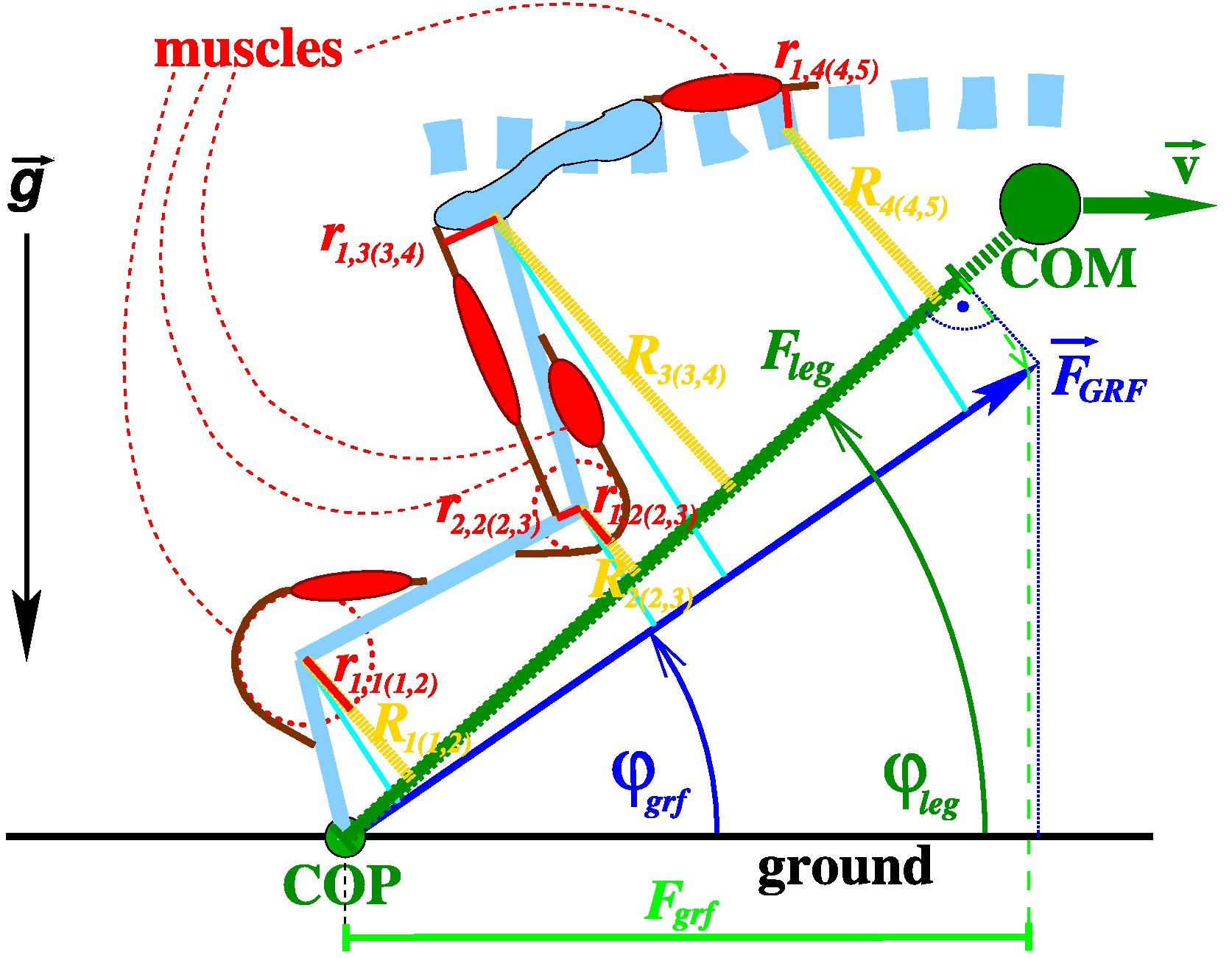 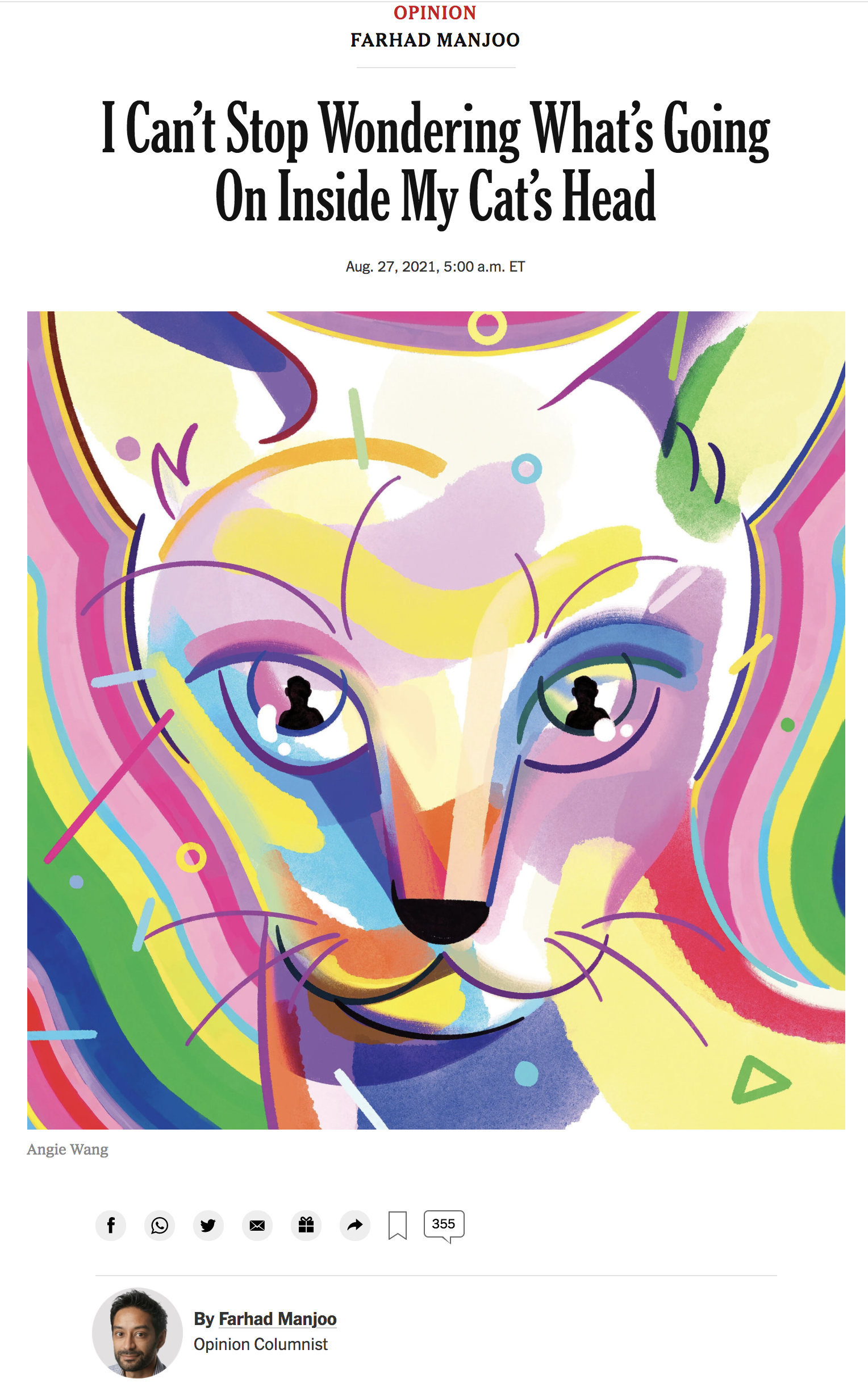 Manjoo and his wife treated themselves to two Bengal kittens (be still, my heart), Leo and Luna, five months ago, and now they’re two months older. After admiring their beauty and grace, Manjoo started wondering what was going on inside their heads.  I don’t think any biologist wouldn’t wonder about stuff like that. I often ponder what my ducks’ consciousness is like, but I always draw a complete blank.

The musing get more and more complex:

Like, when my new kittens look at me, what do they see? As their provider of food and shelter, do they regard me as a parent? Or, with my towering (relative) size, my powers over light and dark and my apparently infinite supply of cardboard boxes, am I more like a deity to them?

. . .Watching the cats romp about has become a reliable way to escape all that. I find myself jumping from small questions — does Luna seriously not realize, yet, that she is attached to her tail? — to larger, more abstract and eternal ones: Does Luna even understand that she is — does she, in the way René Descartes conceived it, possess knowledge of a self?

More specifically: What is it like to be my cats? Are they “conscious” in the way I am? What, anyway, is consciousness? And if a cat can be conscious, can a computer?

He’s asking the Big Questions! But yes, cats are conscious, but not in the way he is. (I am guessing, of course.) Computers aren’t conscious—yet.  Manjoo then muses on animal consciousness and why it matters. I haven’t read the linked “Cambridge Declaration of Consciousness” below, but it’s pretty clear that animals have some form of qualia—sensing pain or its absence, and perhaps pleasure. Mammals sure act as if they’re in pain when you hurt them, and even birds, if given a restrictive and cruel pen, as they often are when domesticated, will show a preference for roaming in better surroundings, like a field or open plot. Does that preference not show consciousness of what environment feels better, or is it only a mechanical response to evolved tendencies?

At any rate, the question of animal suffering is a pressing one, as Manjoo points out at the end. I think, along with others, that when our descendants look back on us 200 years hence, they’ll ask “How could people possibly torture animals before killing and eating them?” Will they cancel all carnivores then?

There is also evidence that nonmammalian creatures with quite different brain structures possess a conscious self. In 2012, after reviewing research on how animals think, a group of neuroscientists and others who study cognition put out a document declaring animals to be conscious. They wrote that the “weight of evidence indicates that humans are not unique in possessing the neurological substrates that generate consciousness,” which they said could likely be found in “nonhuman animals, including all mammals and birds, and many other creatures, including octopuses.” It is not only possible, then, that my kittens feel the subjective experience of being served chicken slop several times a day — it might be likely that they feel something, even if we have no way of knowing what it is.

Still, I don’t blame you if after all this you’re left asking, Hey, Farhad, I’m glad you like your cats, but why does it matter to anyone what’s playing out in their heads?

I’ll end with a couple thoughts, one slightly obvious and one less so. The obvious reason: Consciousness matters because it confers ethical and moral status. If we agree that our dogs and cats are conscious, then it becomes very difficult to argue that pigs and cows and whales and even catfish and chickens are not. Yet if all these creatures experience consciousness analogous to ours then one has to conclude that our species is engaged in a great moral catastrophe — because in food production facilities all over the world, we routinely treat nonhuman animals as Descartes saw them, as machines without feeling or experience. This view lets us inflict any torture necessary for productive efficiency.

Lagniappe: A cat defends itself against a cobra. Why didn’t the guy filming the video do something?

Bonus: more lagniappe! I got this picture from reader Frits this morning. It’s titled “Dog behaving badly,” and Frits says this: “Picture made by my wife in Buis-les-Baronnies (the little town in the Drôme Provençale where, irrelevantly, Titania McGrath is supposed to have a gîte). 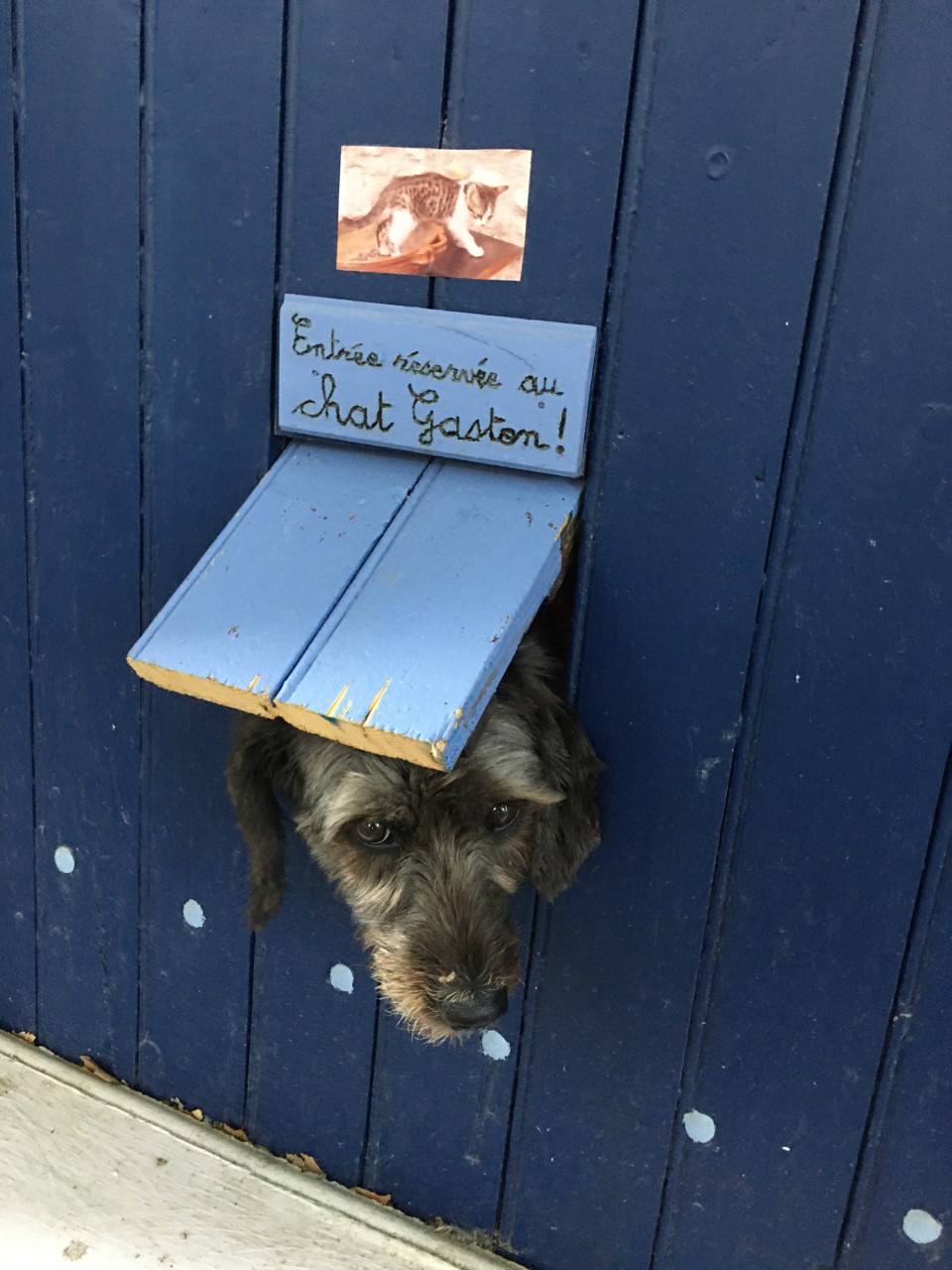 10 thoughts on “Caturday felid trifecta: Man plays fractious cat; why you can’t outrun a housecat; what is it like to be a cat?; and lagniappe”